I didn’t cry, you cried. Every time we go to a thing I’m obsessed with (The Dubliners, The Disney Store, and now the Harry Potter Studios), Aye 2.0 does this face. It’s so cringey. Apparently it’s his “awww you’re so cute” face. But what I see is the condescending cringe face. The face like he knows I’m a huge nerd and he’s judging me. I hate the face. I wish he would just pretend to enjoy himself and not look at me like I am a geek. Especially when I am ogling over basically every wand in the wand shop. Considered turning him into a meerkat at least 17 times. But was I really going to try and navigate London transport on my own? No. I most definitely was not. 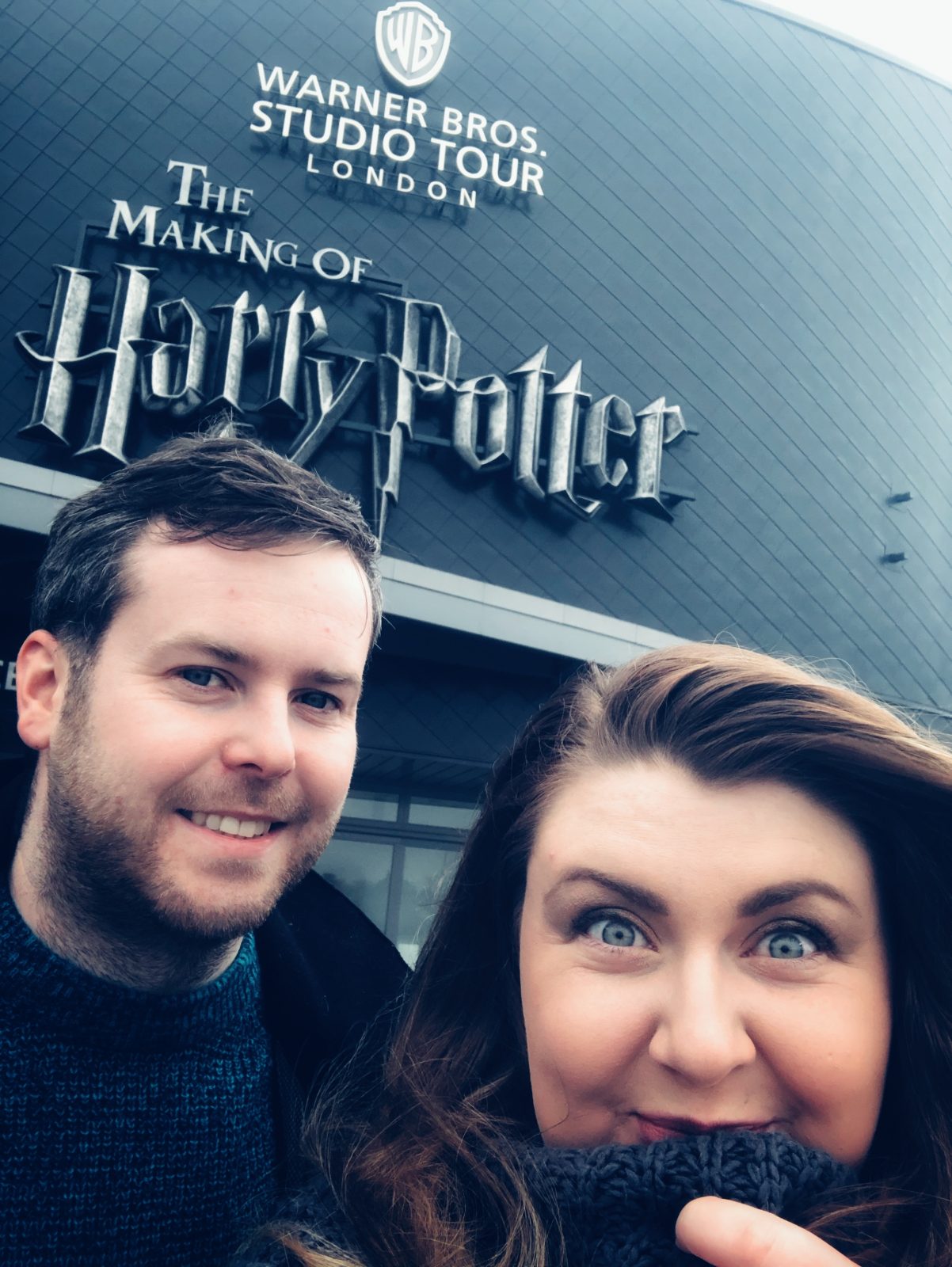 When we arrived at The Making of Harry Potter at Warner Bro Studios, I was absolutely buzzing. I think I took 840 selfies outside the front of the building, to Aye 2.0’s disgust, and I quote, “Why would you take so many photos beside the stuff that folk don’t pay to see?” This was when his face went from “awww you’re so cute you big nerd-face” to “get in the queue or it’s all over.” Yikes. 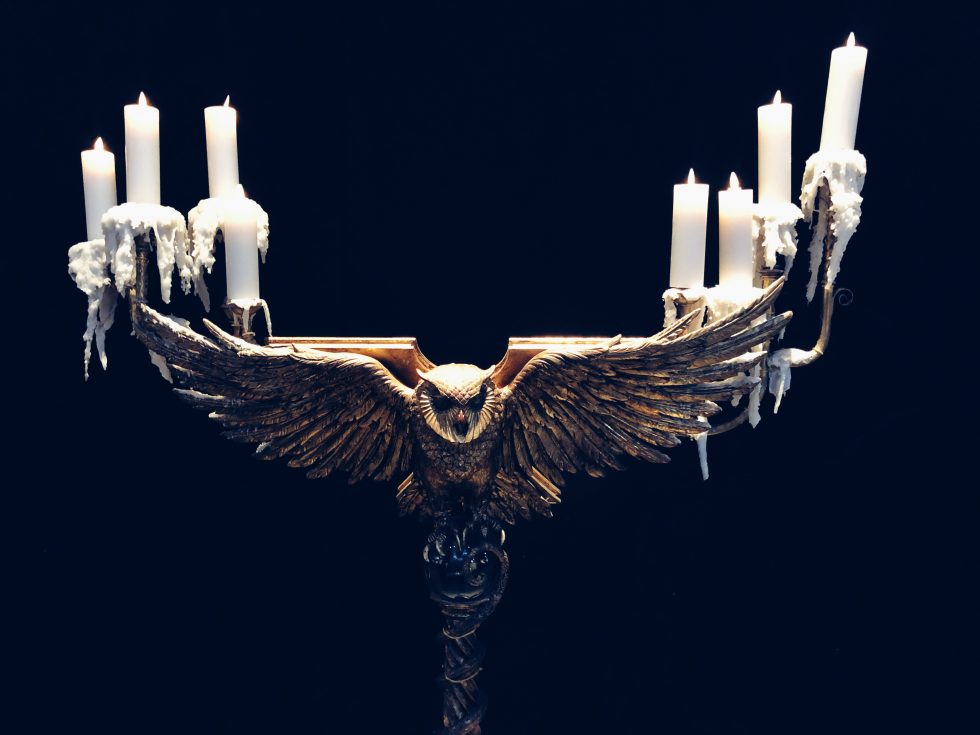 What I didn’t realise was that during our visit, the studios had been decorated for Christmas. Cue Hogwarts in the Snow! I went from Hogwarts nerd to obsessed groupie within 3.1 milliseconds. I’m not ashamed to say that all my Christmases came at once. Still not convinced that Aye 2.0 even noticed. But it was already worth the 2 tubes, train, bus and taxi to get there. Although in all fairness, I would have crawled from Aberdeen if it meant finally getting to see my Harry Potter dreamland of dreams. 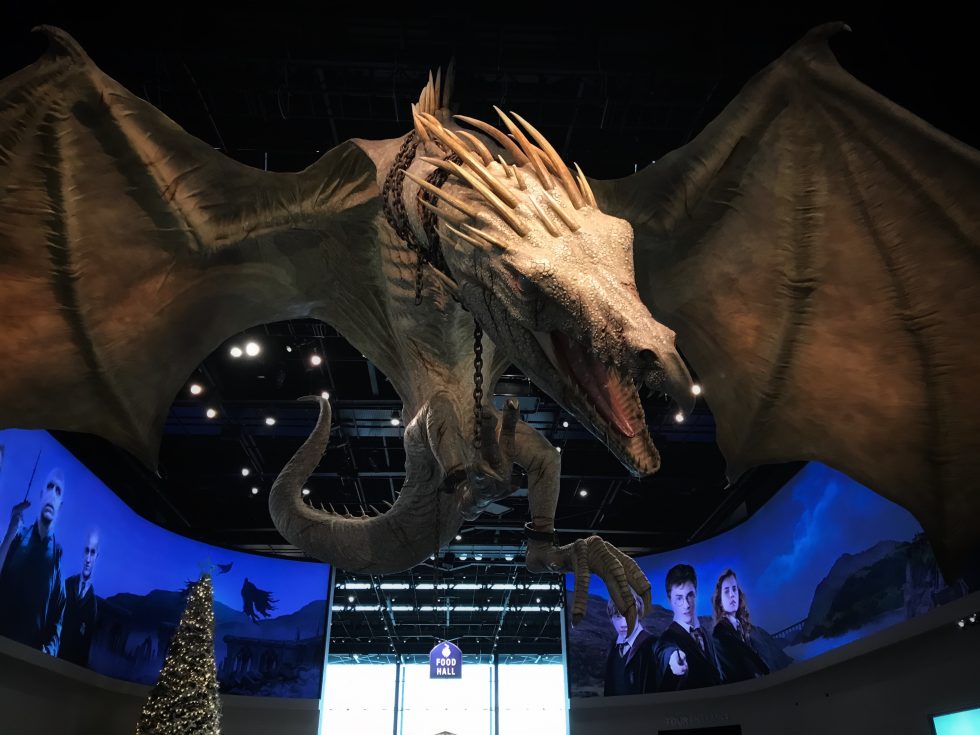 We Have All Knight 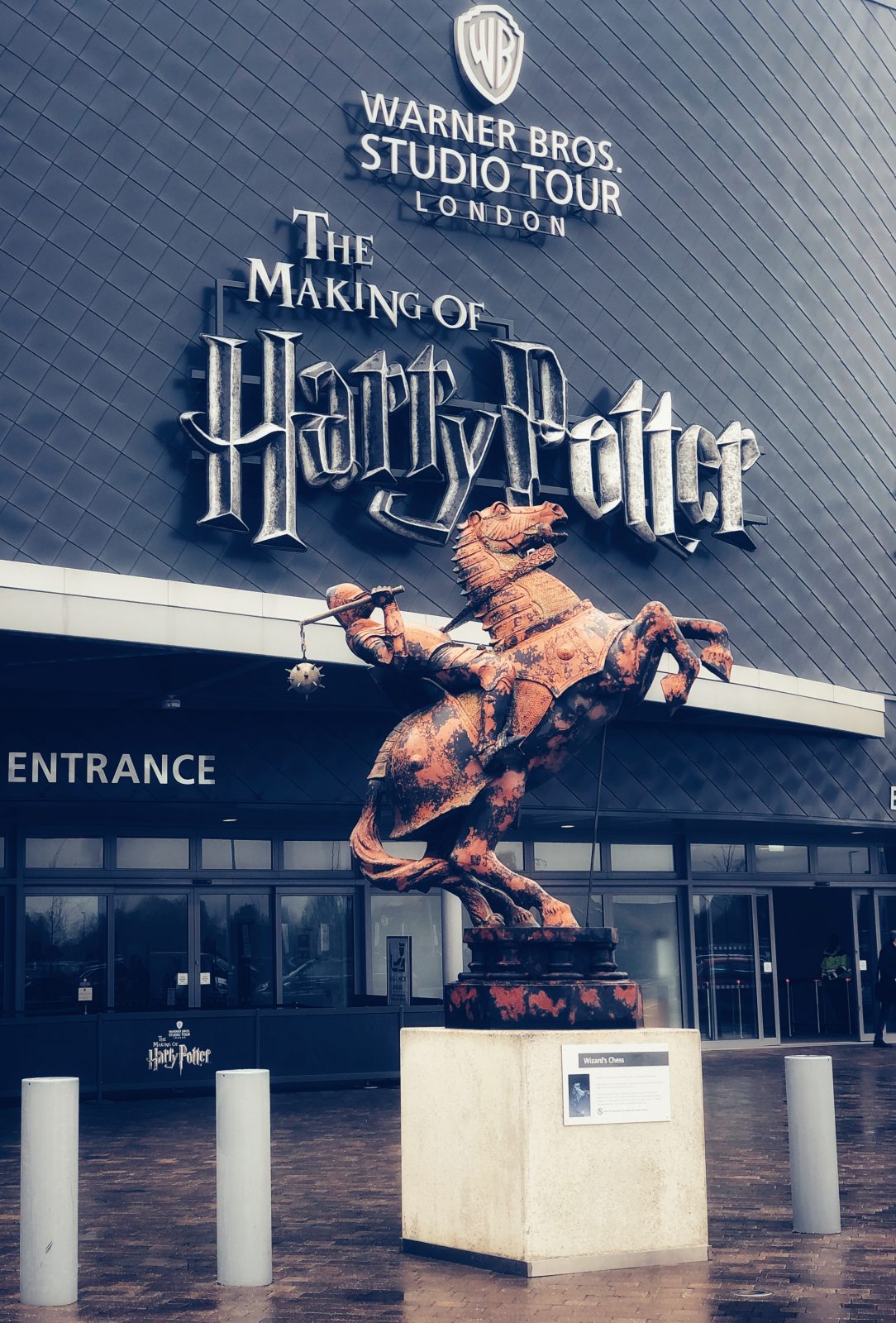 I absolutely loved the chess scene from The Philosophers Stone and the Harry Potter Studios is loaded with mahoosive chess pieces. The ones out the front, against the huge studio backdrop, are pretty funky, but there are some real-life ones from the set inside. And no, I have absolutely no idea what I meant when I said “real-life ones” – obviously they were real life, but they weren’t actually alive. Jeez, I need a nap.

The Great Hall at Christmas 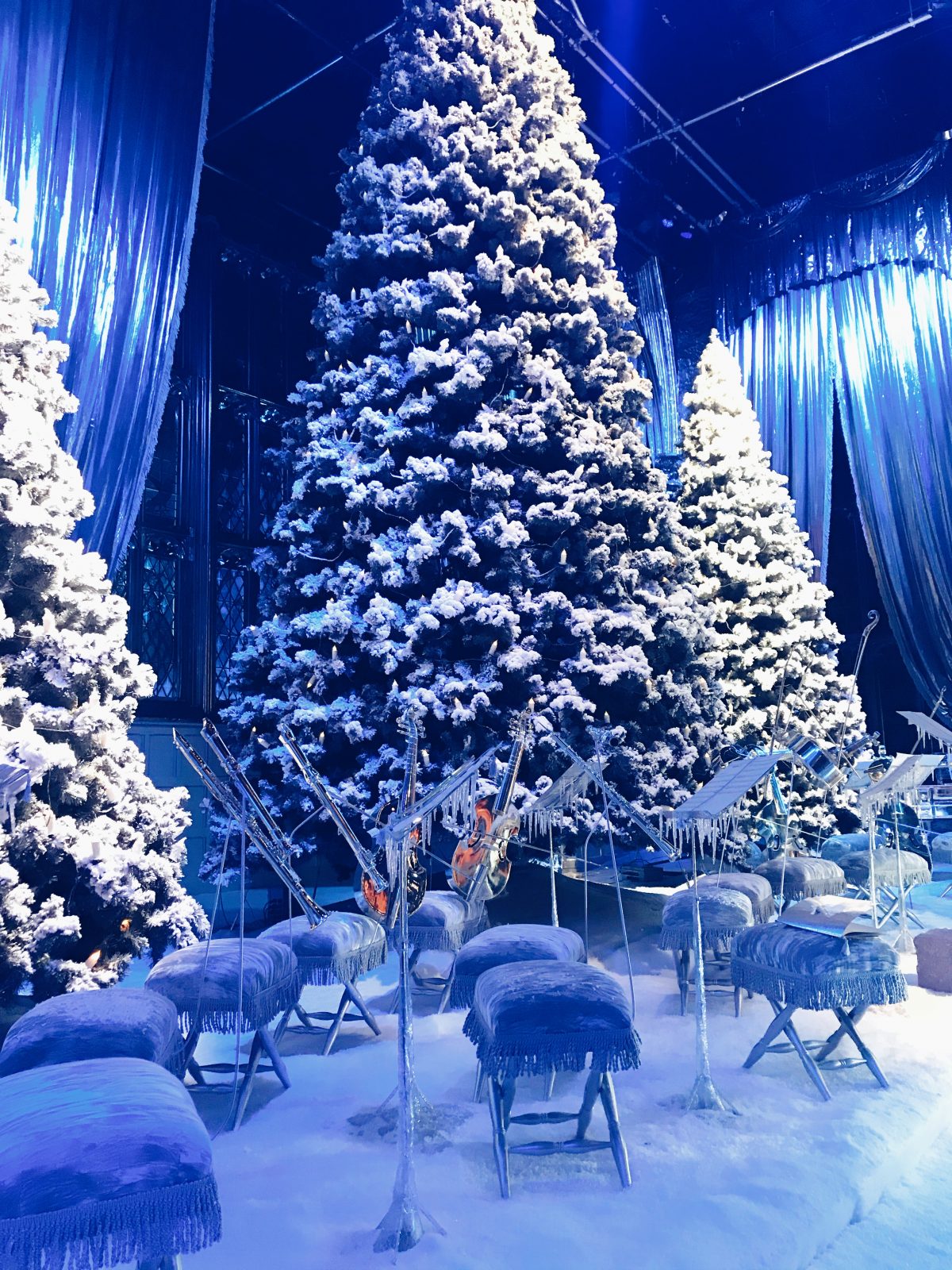 I didn’t cry when I walked into The Great Hall at Christmas, you did. Cue Aye 2.0’s “awww you’re so cute” face. It’s one thing getting to see the real-life great hall from Harry Potter. There goes the “real-life” reference again. But it’s a whole other kettle of fish when the great hall has been decorated for Christmas! At Christmas. During a Christmas trip to London. My wee heart just can’t take it. The snow, and the ice sculptures and the glitter and the lights and the big Christmas trees and aaaaahh, my life. The great hall in the snow is beyond picturesque. 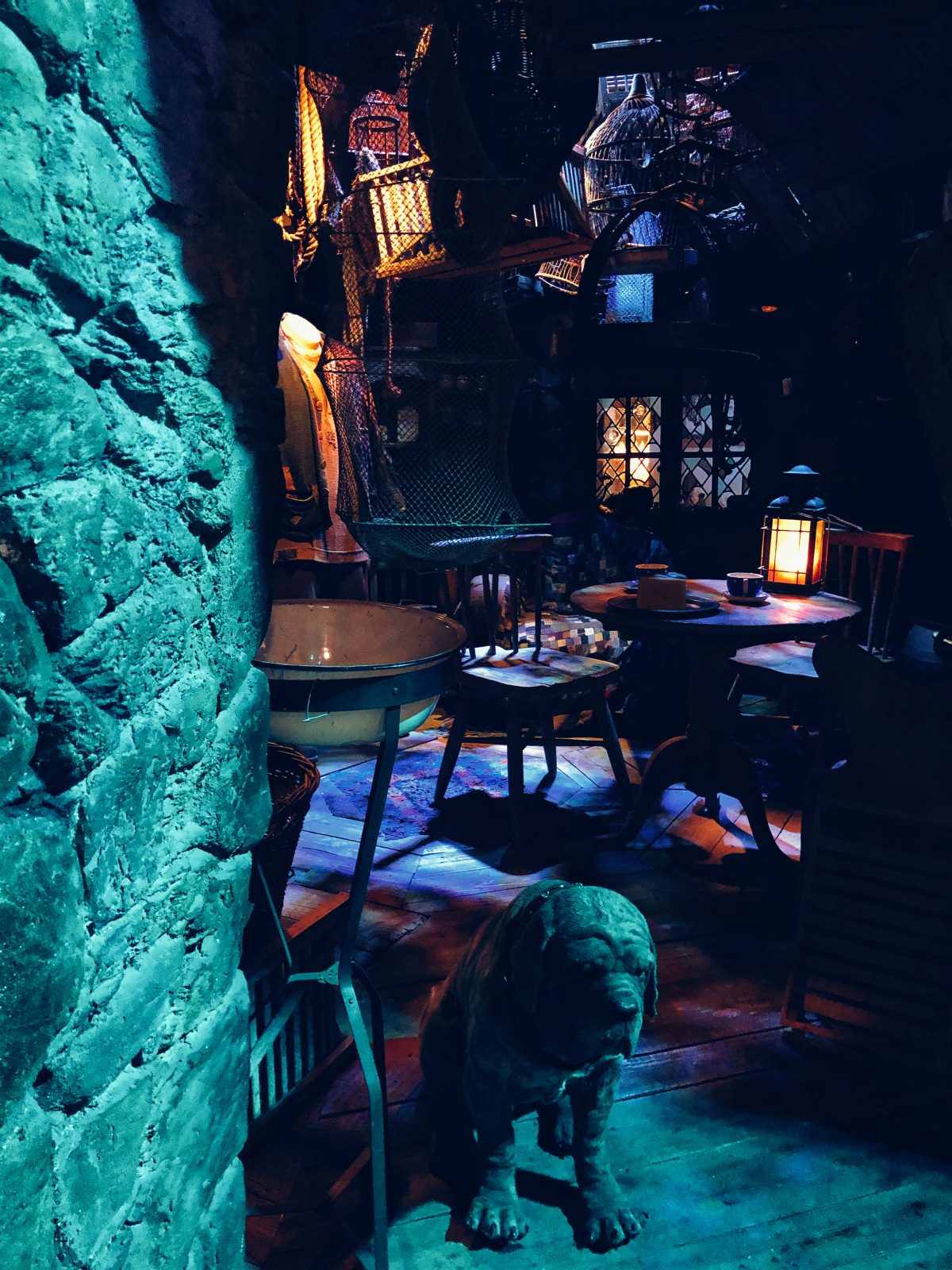 My life goal is basically to move into the smallest house possible. Don’t get me wrong, I still want to be completely rich, but I want the smallest, cosiest house, with a fire and one hell of a mattress, and probably a hot-tub outside for good measure. Basically I want Hagrid’s house but in its original location on the hills, near the Forbidden forest and away from anyone except fellow witches, a huge dog and the occasional dragon. So, if like me, you’re looking for tiny house inspo, you’re going to be obsessed with Hagrid’s adorable wee abode on the Harry Potter Studio Tour. 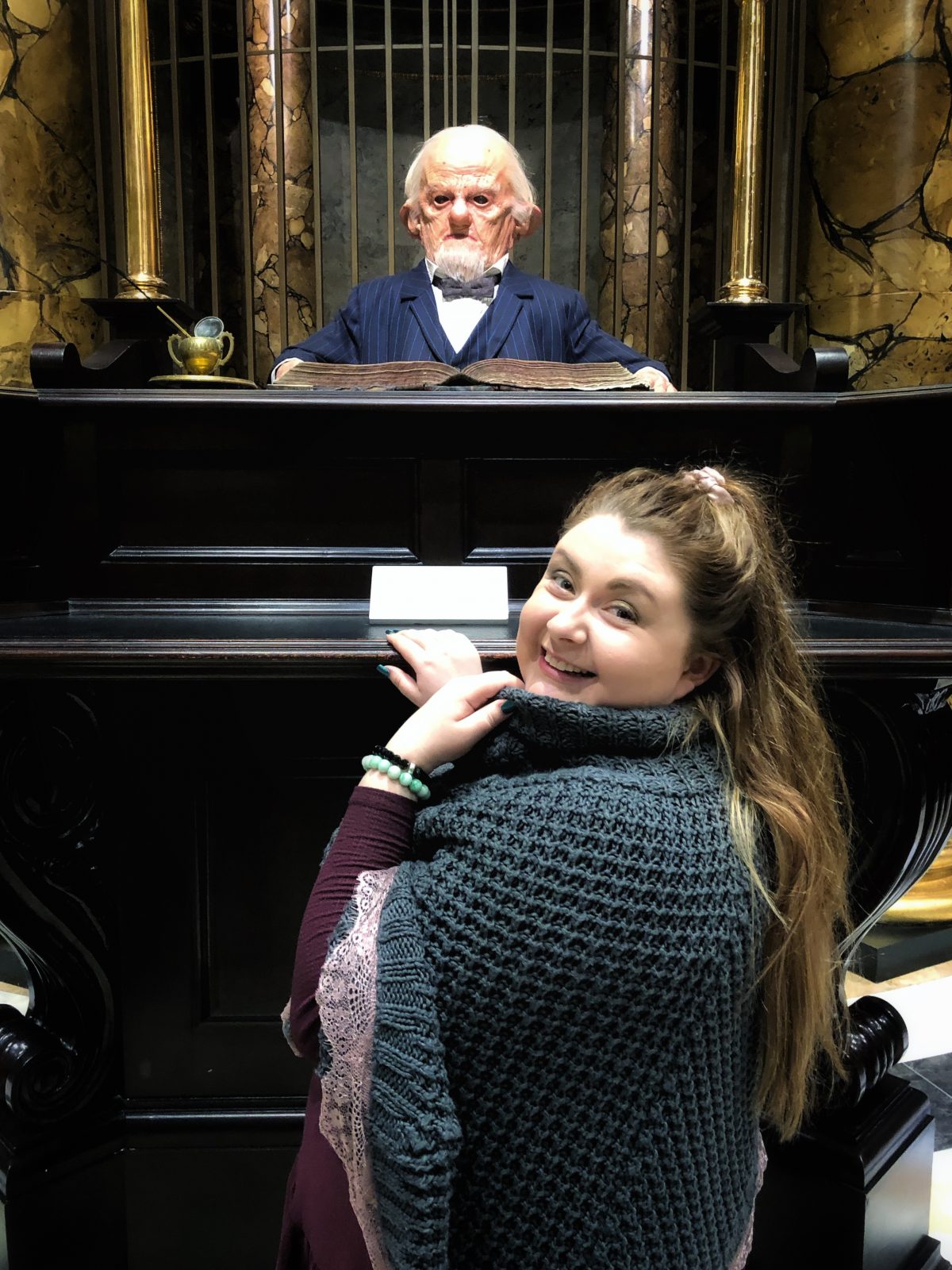 And if you change your mind on the whole tiny house thing, Gringotts Bank is proper livingroom inspo for the castle you will one day own. Marble floors made from none other than paper! And huge big pillars, and goldness and mahoosive chandeliers. The Gringotts Bank set is absolutely incredible and even features real-life (non-real-life) goblins, who don’t take Scottish notes. They don’t take any notes to be fair, mostly because they are goblins and human money is pretty much USELESS.

The Whole of Hogwarts 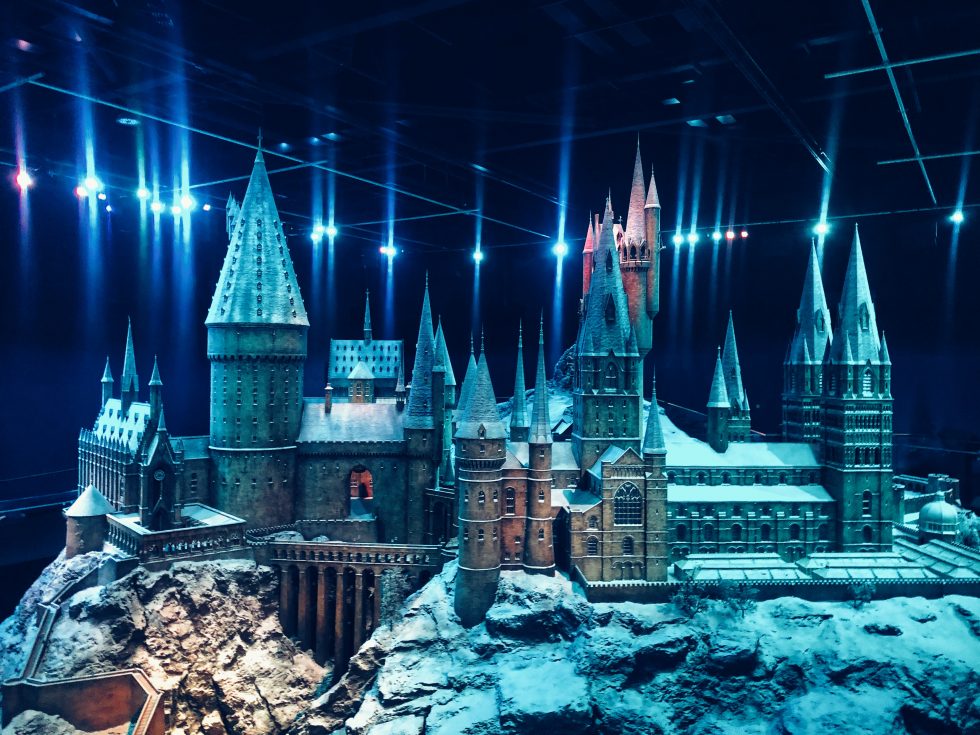 The Harry Potter Studios feature a massive model of Hogwarts and honestly, it is completely breath-taking. AND it was sprinkled with snow and Christmas decorations during our visit, so sorry don’t mind me, I’m just away to cry. For the Harry Potter lover, this is life-changing stuff!

The Making of Harry Potter 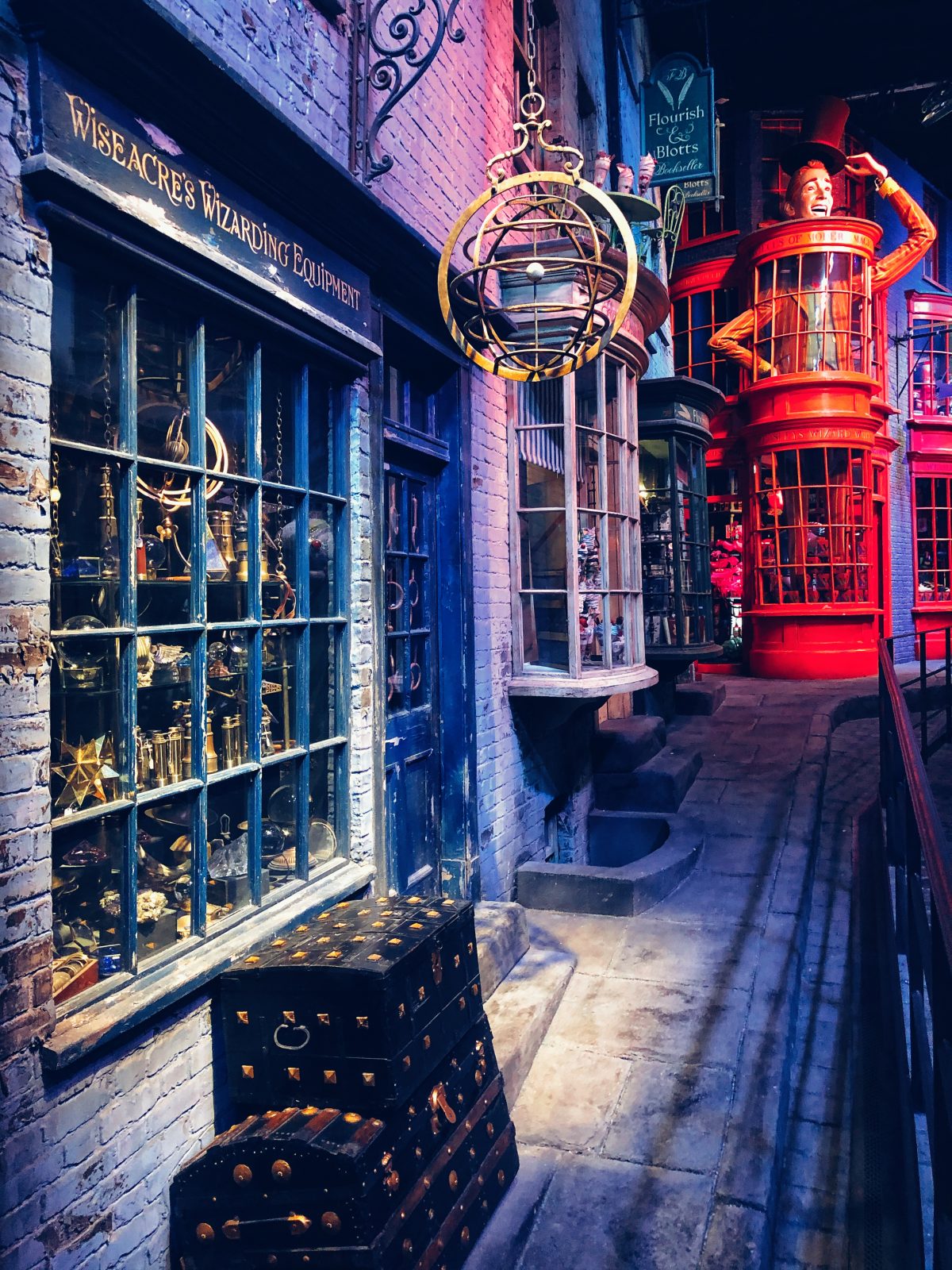 There are around three million, seven hundred reasons to visit The Making of Harry Potter at Warner Bro Studios including sets, props, costumes and the art department, not to mention one INSANE gift shop, but hopefully, I’ve given you a wee taster. The studio itself is absolutely huge and you could quite easily spend a day there. We stopped for lunch half-way through the tour where we sat outside in the fake snow sharing a butterbeer ice-cream, beside the Knight Bus from Prisoner of Azkaban and honestly, that will be one of my most cherished memories. 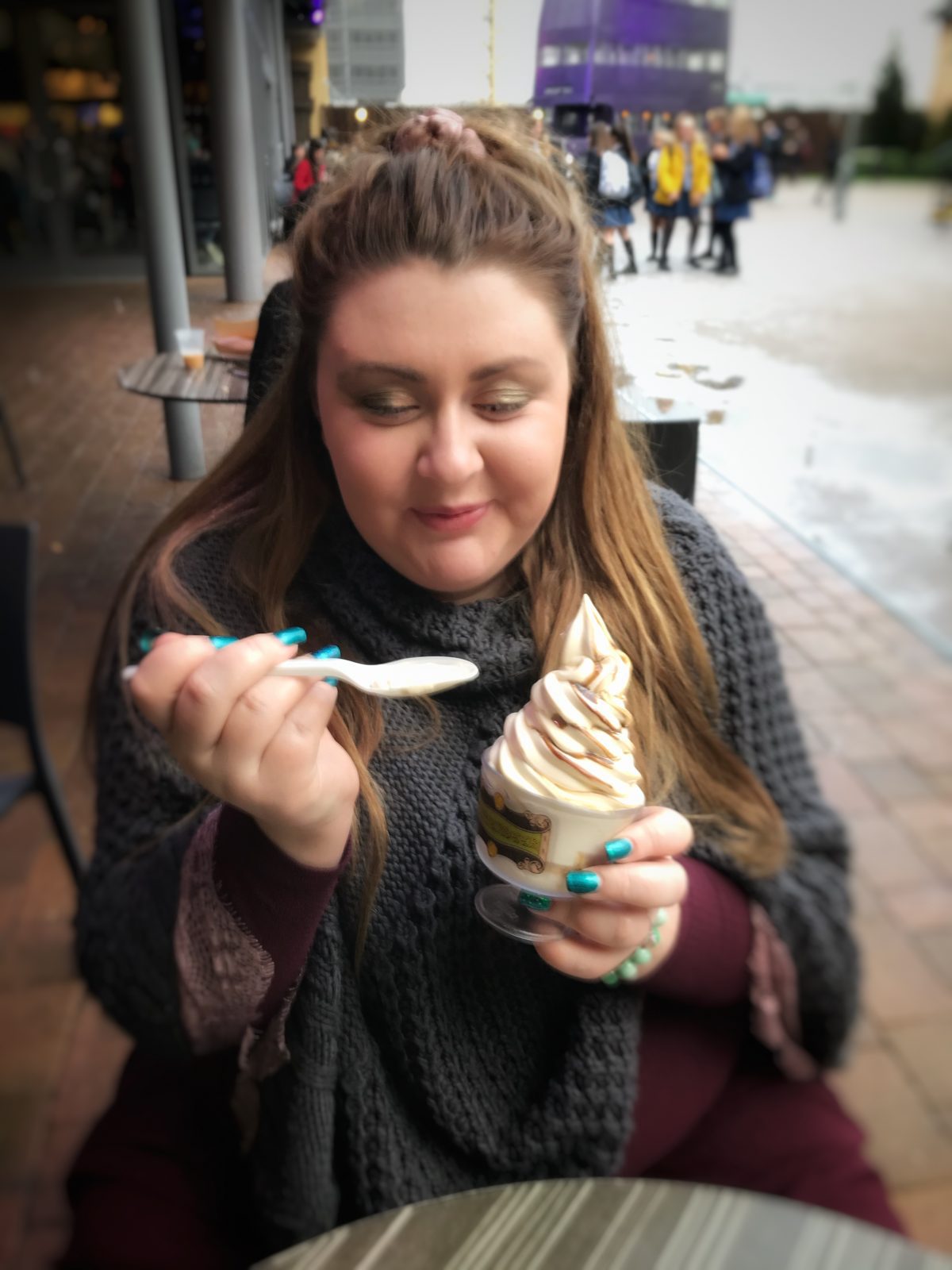 Thanks, Warner Bros Studios for an incredible day and for providing me with a slice of the magic.

To book your very own Harry Potter experience, click here.