This post is part of a paid partnership with VisitAberdeenshire and Mackies of Scotland. It contains good stuff, puns, unnecessary banter and heaps of sweet treats.

Not long after I passed my driving test, I headed off in my car to make use of my new-found freedom. I drove around all of the random backroads around Meldrum until I stumbled across a “Mackie’s” sign. I loved Mackie’s ice-cream and I had no idea it was made in Aberdeenshire, let-alone a stones-throw away from my house. They just don’t teach you the important things in school. Also, a note to my school, where was our school trip to Mackie’s? I feel cheated.

A History of Mackie’s 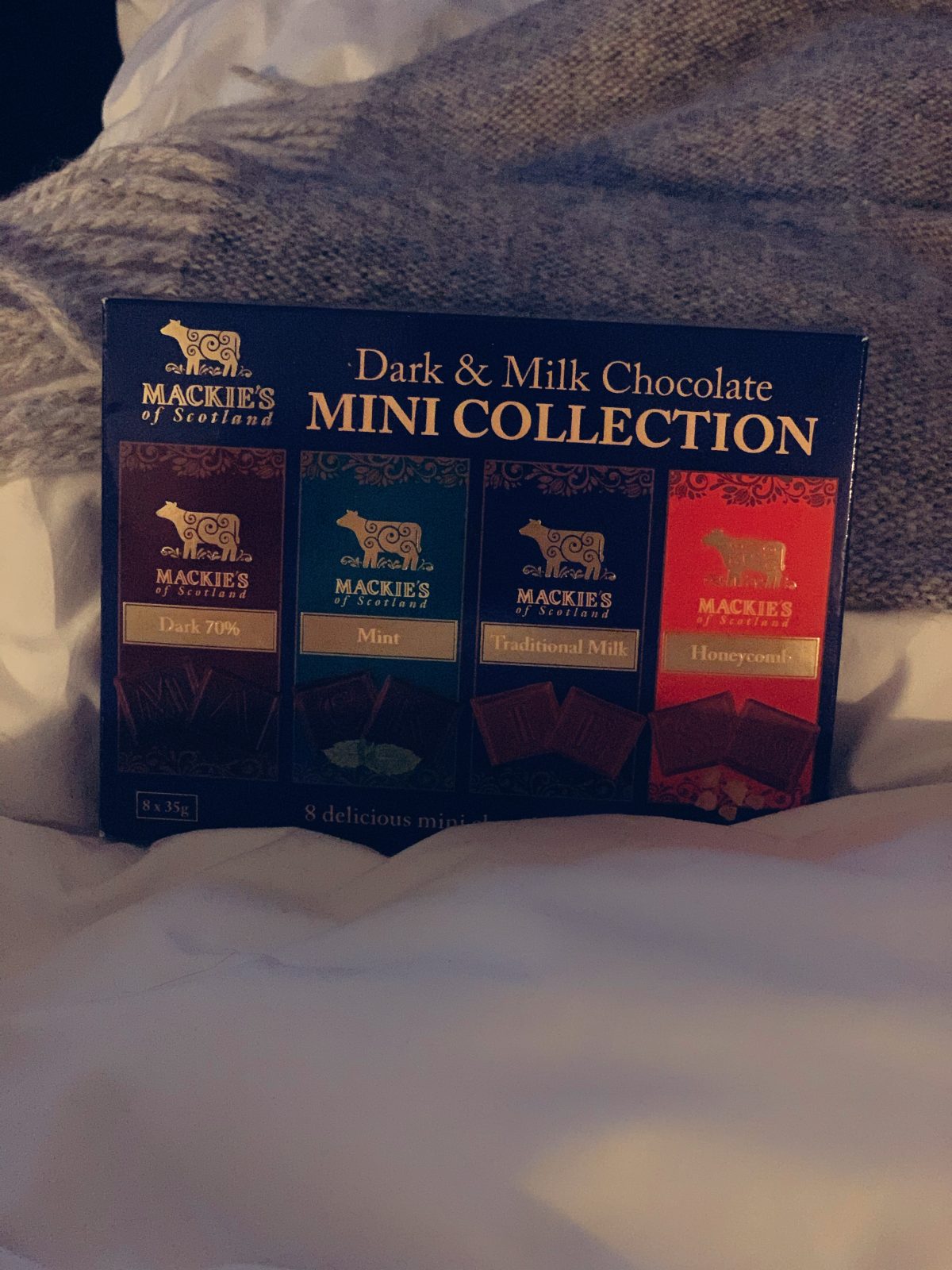 The Mackie’s Ice Cream’ folks have been farming the Westertown farm, 5 miles west of Oldmeldrum since the beginning of time (the 1900s). Mackie’s produced milk for retail until they sold off that bit of the business in 1997 to Wiseman Dairies. But the story of the famous ice cream started over 30 years ago. Back in the mid-’80s, while rock bands were glueing chesterfields to hotel room ceilings, and old coke was thrown out for “New Coke”, the milk-buying public across the UK shifted the market towards semi-skimmed. All of a sudden, there was a surplus of a creamy delicious full-fat dairy sitting around. Throw some pretty chilly temperatures and imagination into the mix and the rest is history.

Mackie’s started churning that excess cream into a dairy cream. By 1993, Mackie’s had generated a turnover of £2.5 million from their ice cream sales alone. That musta been real n-ice (also not sorry). They can now be found in pretty much every supermarket in the UK, and on the shelves internationally too. In 2002, they were the official ice cream suppliers to the World Cup in Korea. Random, but pretty cool eh? 2015 saw the opening of their new farm factory, dedicated to creating an array of chocolate treats. The range includes Traditional Milk, Scottish Mint, Honeycomb, Dark and more recently, orange. Move over Terry’s.

The company were also keen to be green long before it was cool. By 2007, they had installed 3 wind turbines on the farm. They added a 4th in 2015, alongside a biomass heating system and an impressive 10-acre solar panel site. 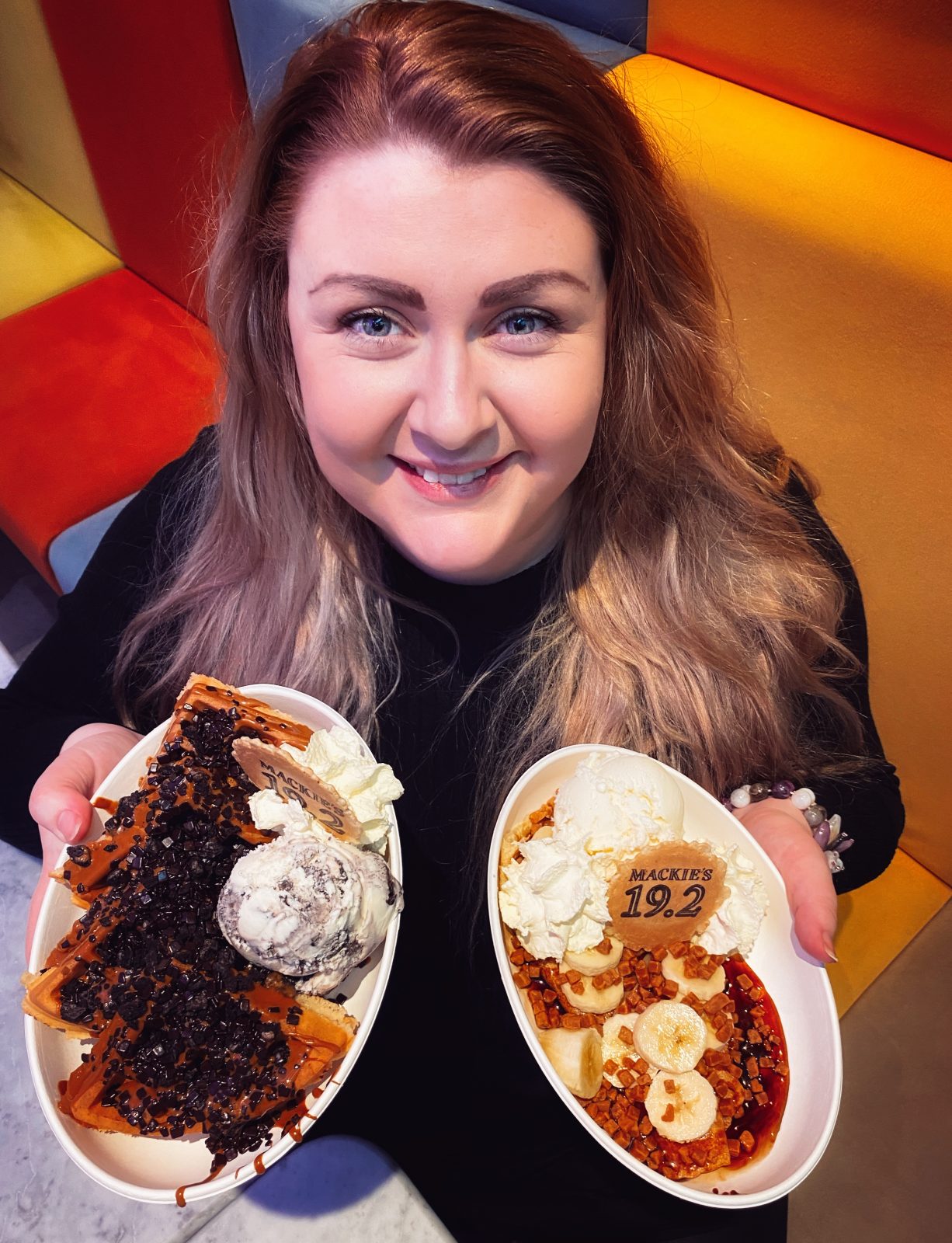 The selection of ice cream changes regularly, but for my money, the honeycomb, mint chocolate chip and traditional are the best. Oh yeah, and if you think vanilla ice cream is boring, it is – but not this one. Mackie’s isn’t the basic vanilla ice cream you got served by your friend’s mum at a birthday party when you were 8 while you tie-dyed a white t-shirt into a psychedelic dreamscape. That was the cheap stuff made by people who didn’t care an ounce about you. Mackie’s are different, and you can taste it. They don’t even put vanilla flavouring in their traditional ice cream because it’s just perfect au naturale.

Mackie’s teamed up with The Taylor family from Perthshire in 2009 to create Mackie’s Crisps. Flavours have come in many forms. Their Scotch Bonnet Chilli Pepper flavour won them the Scotland Food & Drink Excellence Award Product of the Year. They also have Whisky & Haggis (ohhhh yeah), Venison & Cranberry and more traditional flavours such as Mature Cheddar and Onion, Flame Grilled Aberdeen Angus, Sea Salt & Vinegar and Honey and Mustard. 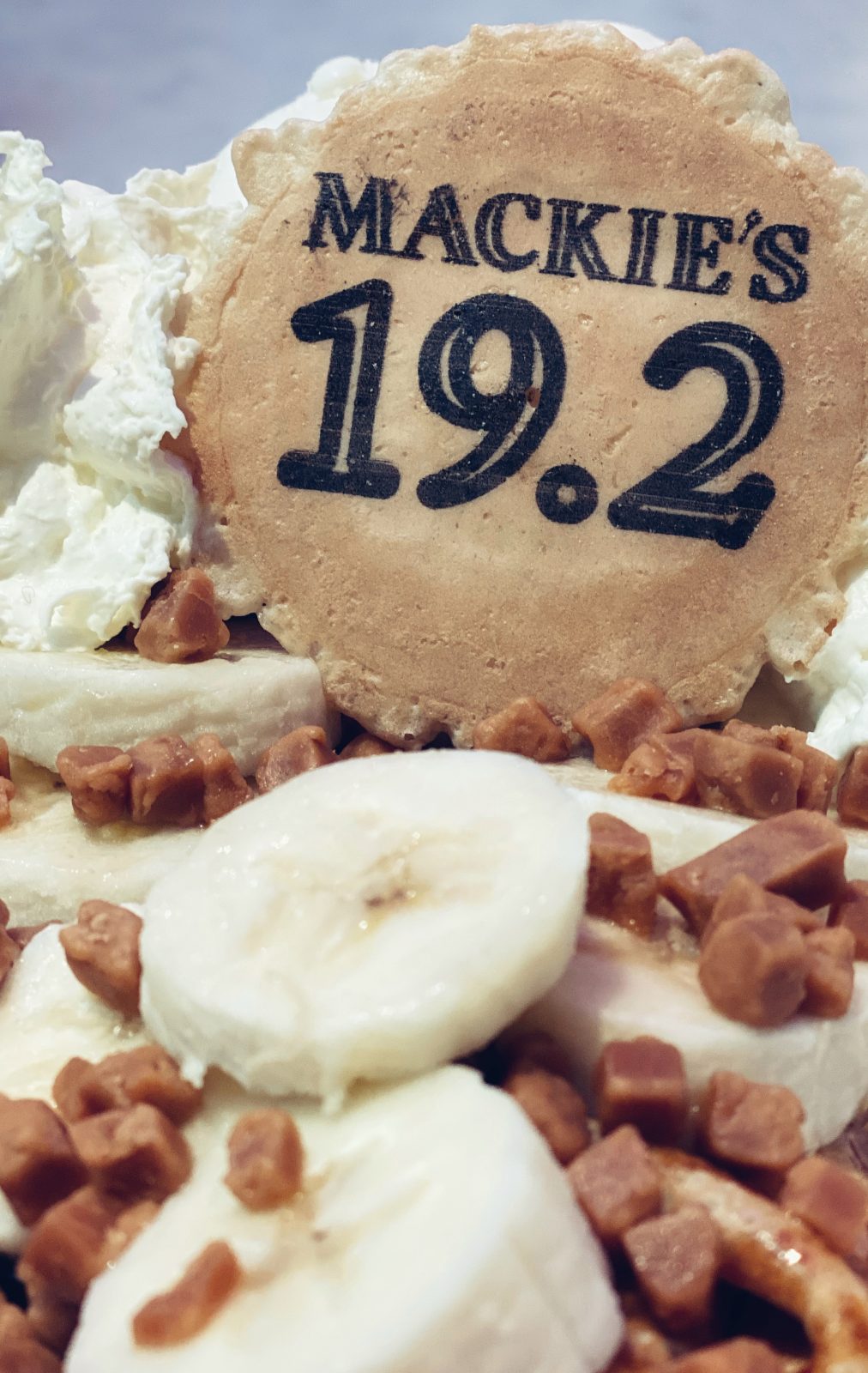 Mackie’s opened their first ice cream parlour in the shiny new Marischal Square complex that sits opposite Aberdeen’s most impressive structure, Marischal College. The name 19.2 is in reference to the distance from the Westertown farm to the ice cream parlour. How cute is that?! Alongside a massive selection of ice cream, there are crepes, waffles, milkshakes, coffee, and over 725,000 combinations of dessert to conjure your way through. Just watch the brain freeze, it’s a thing. 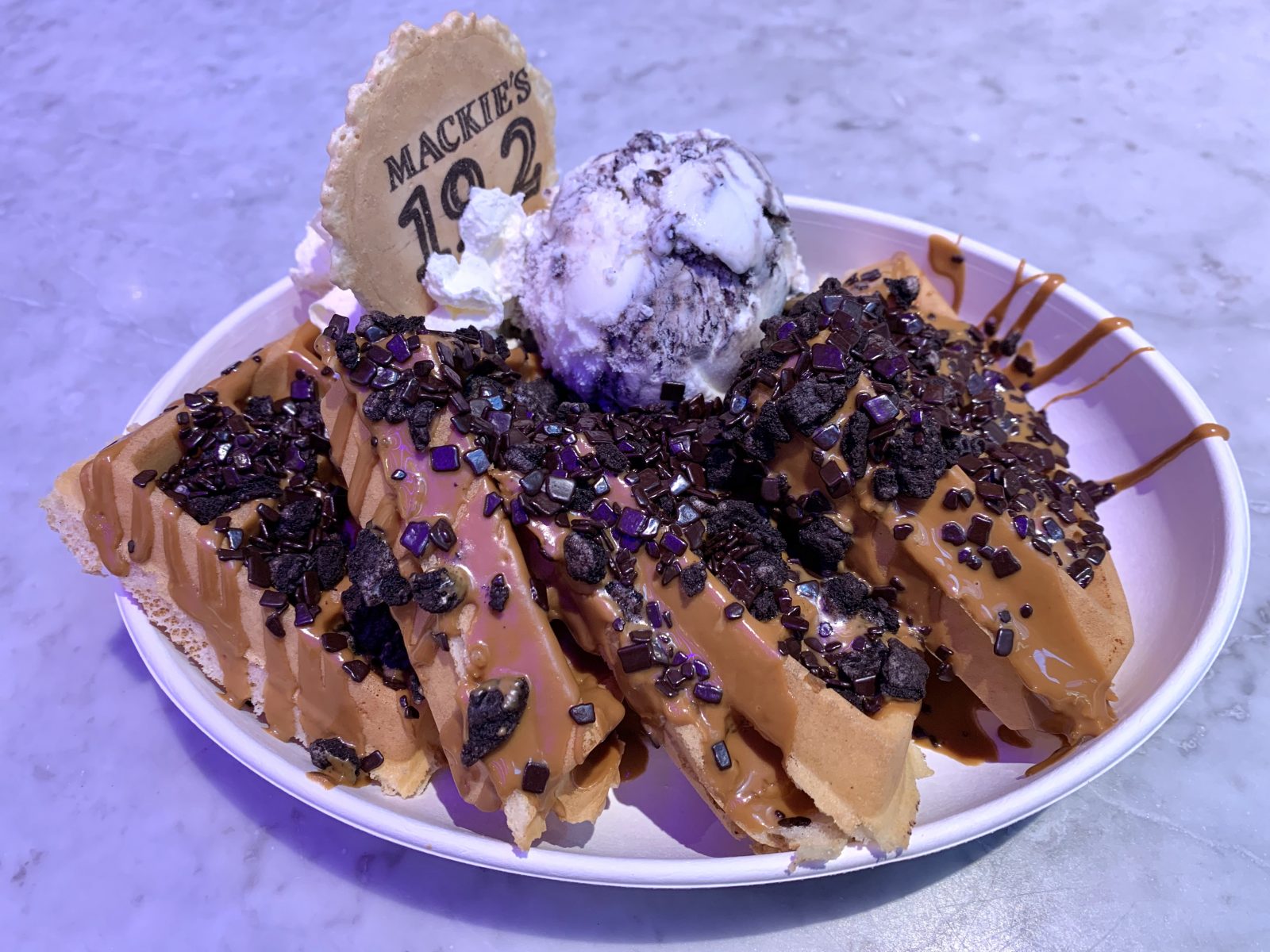 We went along to 19.2 and sampled some of their finest desserts. I had oreo-inspired cookies and cream dessert with waffles, chocolate chip and cream. Victoria scoffed a maple syrup and white choc ice cream crepe with banana and toffee chunks. We ate our ice cream to the backdrop of the Leopard sculpture created by Andy Scott, whom you might just know from the famous Kelpies of Grangemouth.