Let the Games be Gin

You can’t buy class. But you can buy cocktails. And that… is the next best thing. Cocktail creation can become a pretty ‘spensive hobby if you haven’t a flippin’ clue what you’re doing. We made this mistake for about 4 years and it was always down to the same old story. 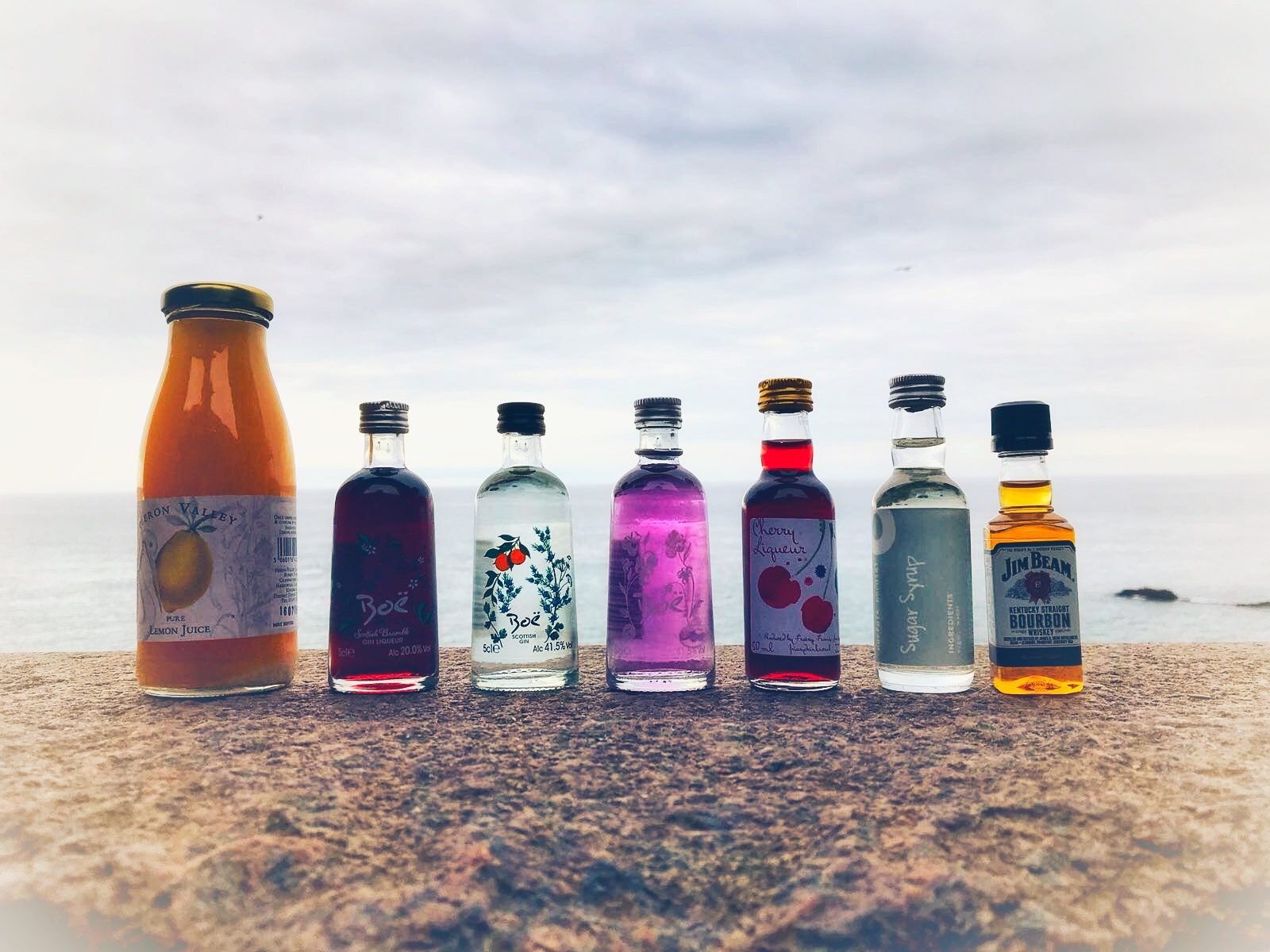 “What have we got in the house?” “Rum… milk and tuna lucozade? Pretty sure we could put something together…”  But then those cocktails ended up tasting like garbage, unsurprisingly. Or, you nip out to the shops and spend a small fortune on liqueurs that you’ve never heard of. Which you end up not using. And then they sit in the cupboard for 11 months, until you run out of your old faithful, then you’re right back at tuna-juice gate. 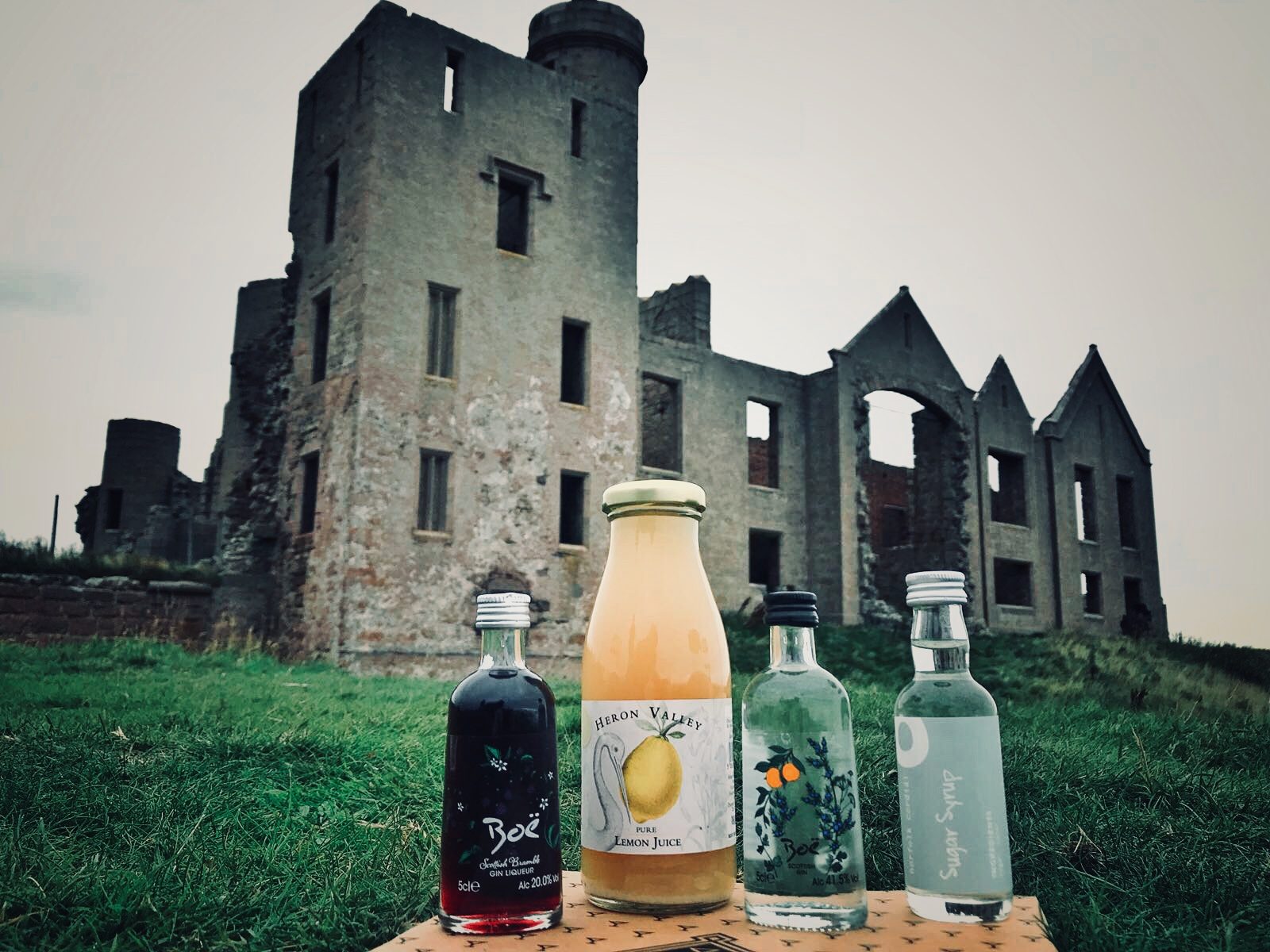 So, not to blow our own trumpet or anything but we kinda live beside the castle that inspired Bram Stoker to write Dracula. And it just so happened that August’s Tipple Box included the ingredients and recipe for a Bram-ble. Coincidence? I think not.

So off we popped upto Slains Castle with a camera in hand, all for the sake of a good pun. And it didn’t disappoint. Unfortunately, however, bar-tending in a ruined, public, cliffside castle isn’t entirely encouraged or legal. So although we snapped the cute wee bottles at the castle, we did head back to Aye HQ for sipper.

Boe was a hot topic in August’s box and incase you don’t know Boe (where ya been?!), Boe make super Scottish gin and heavenly liqueurs, both of which featured in our bad-ass Bramble.

Life is complicated. Everything involves some form of wacky thought process. But not Tipple Box. Tipple Box send me the ingredients and a complete cocktail guide for dummies. No thoughts, just good vibes. 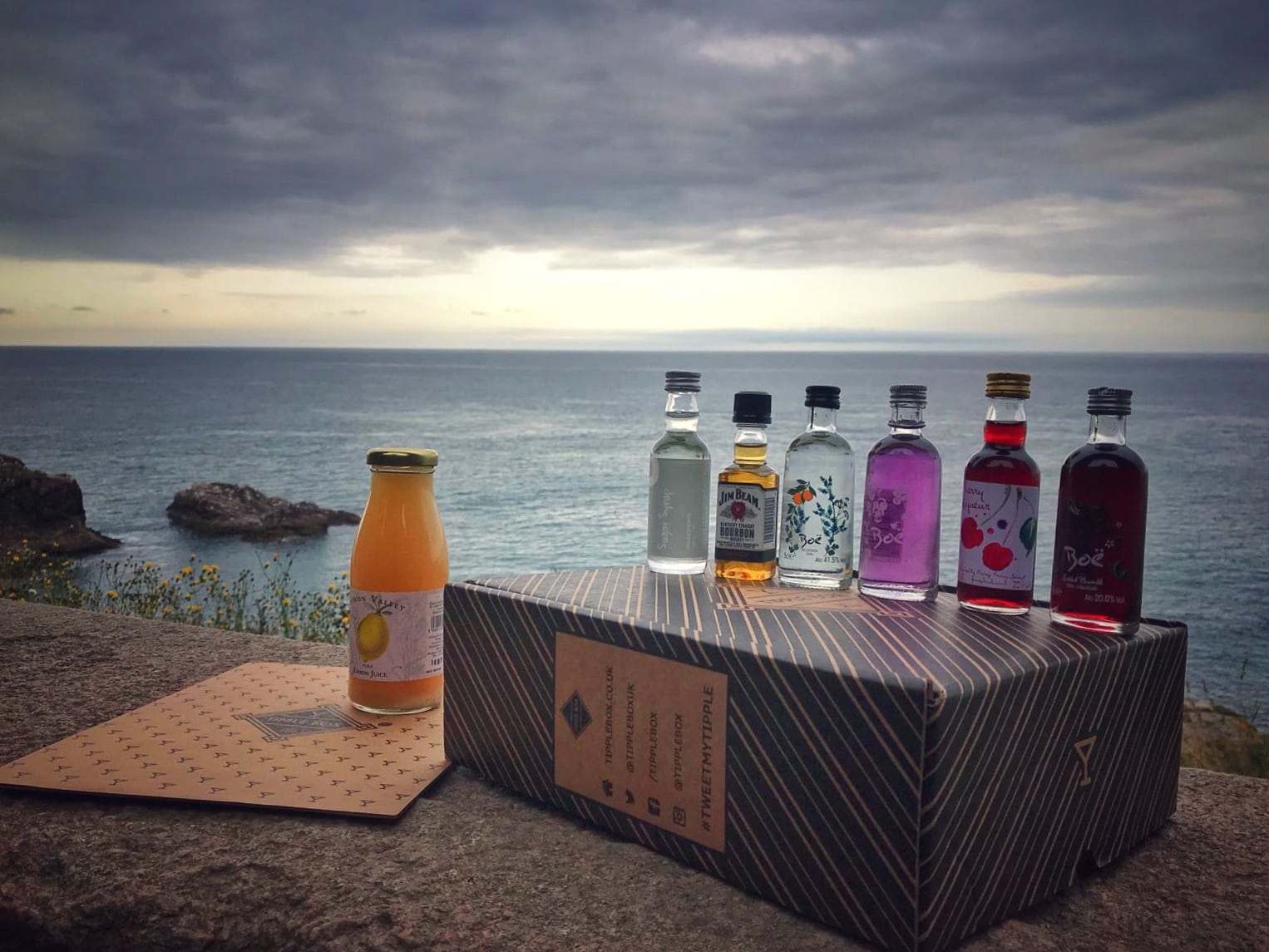 The Aviation was created by a boss bartender named Hugo Ensslin, in the early 20th century. It was first poured in New York. And all of that already makes it sound so much cooler than me. How frickin’ awesome is creating a cocktail in New York and inspiring good times and hangovers for years to come? I best get working on ‘The Aye.’

One of the best additions to Tipple’s Aviation was the Violet Gin. My other-half loved it and he is more for bourbon than gin. So now we are both living for violet gin and have since bought a bottle. No complaints.

Save Money on Cocktails

AKA, my favourite heading of this blog to date. After getting sippy in July, we have since teamed up with Tipple Box to help spread peace, love and cocktails. And because we half like you lot, we even have a cheeky wee money-saving discount for your first box (you’re welcome). Chuck ‘AYELIFE10’ on your basket for a tenner off your first Tipple Box.

‘I believe in the power of positive drinking’