Home is Where the Art is

I’d be lying if I said I didn’t miss my usual excursions. Since the beginning of AYE, my feet haven’t touched the ground. From the baron Scottish isles to the bustling Scottish cities, I bloody love Scotland. And everything this marvellous country offers. Its people, its landscapes, its music, its food. Scotland is my everything. And by god, do I miss it? COVID won’t be forever, but it is my now. And how do you keep a Scots girl down when all she wants to do is roll around in the heather, jump in lochs and storm mountains. Answer: you can’t! But you can pre-occupy her with pretty Scottish things that distract her from her lack of wanderlust. And that is exactly what I’ve done. I’ve scoured the internet, I’ve stalked Scottish decor on Pinterest, I’ve gifted my soul to home decor. Temporarily, at least. 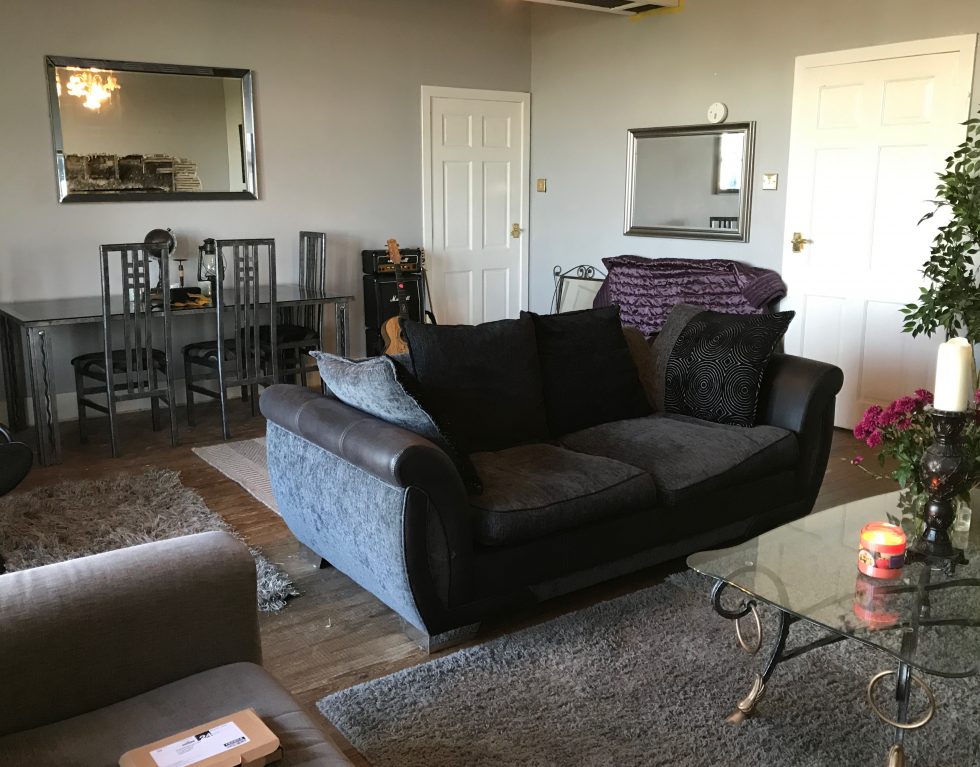 And it’s a bloody good thing I have because this house is fast-becoming a midden. An animal-packed midden. And a midden that I’ve had no chance to do anything to improve for at least 3 years. Because we are never normally here to appreciate all its misgivings. The house is well over 100 years old. And just like 100-year-old people, it’s past the point of ageing. It’s old, it leaks, its damper than it should be and the cracks are definitely showing.

Fixer Upper by the Sea 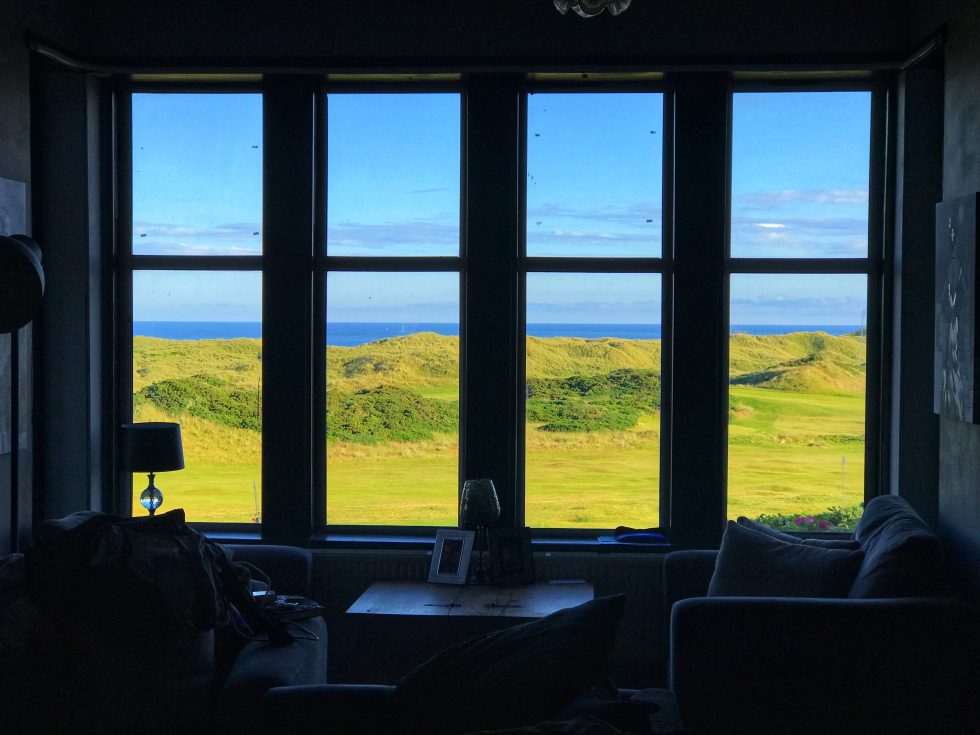 A dear friend once referred to our Highland home as a “fixer-upper on a cliff by the sea” and I think that hits the nail on the head. We bought this house purely for the view. And for its peculiarities. Because it’s a bloody weird house. It’s a mansion. A huge mansion. Which has been split into four flats? But they are the least flatty-flats that I’ve ever seen. 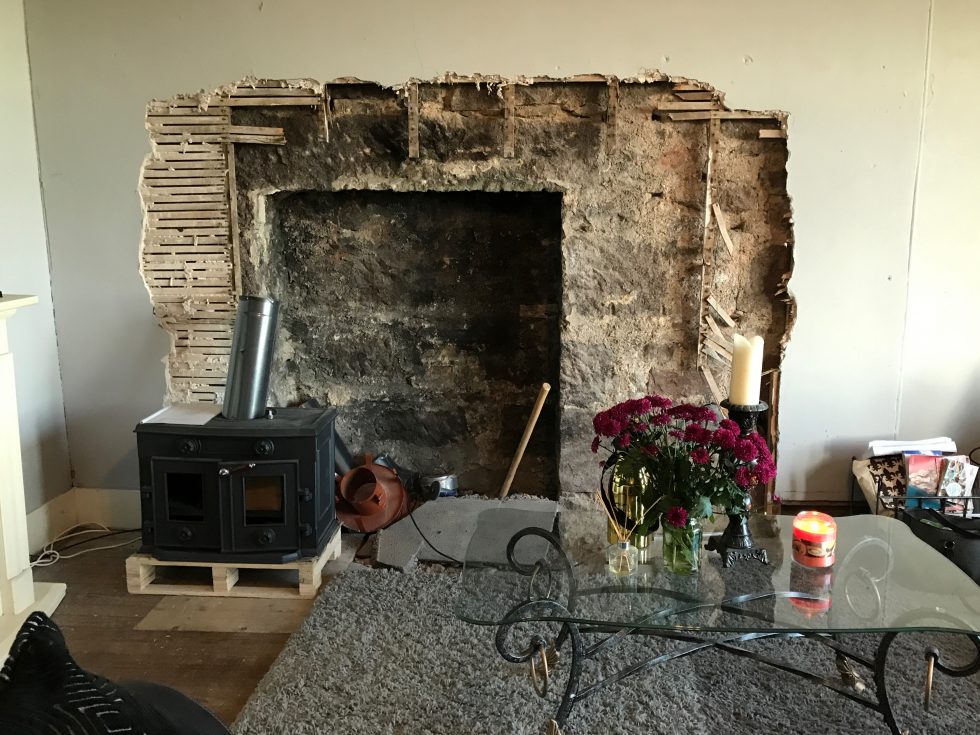 For example, our “flat” has two entrances, a basement the size of the whole place with two rooms, an inglenook fireplace which was hiding behind a wall, a “vestibule” and weird wee hidden rooms behind walls. 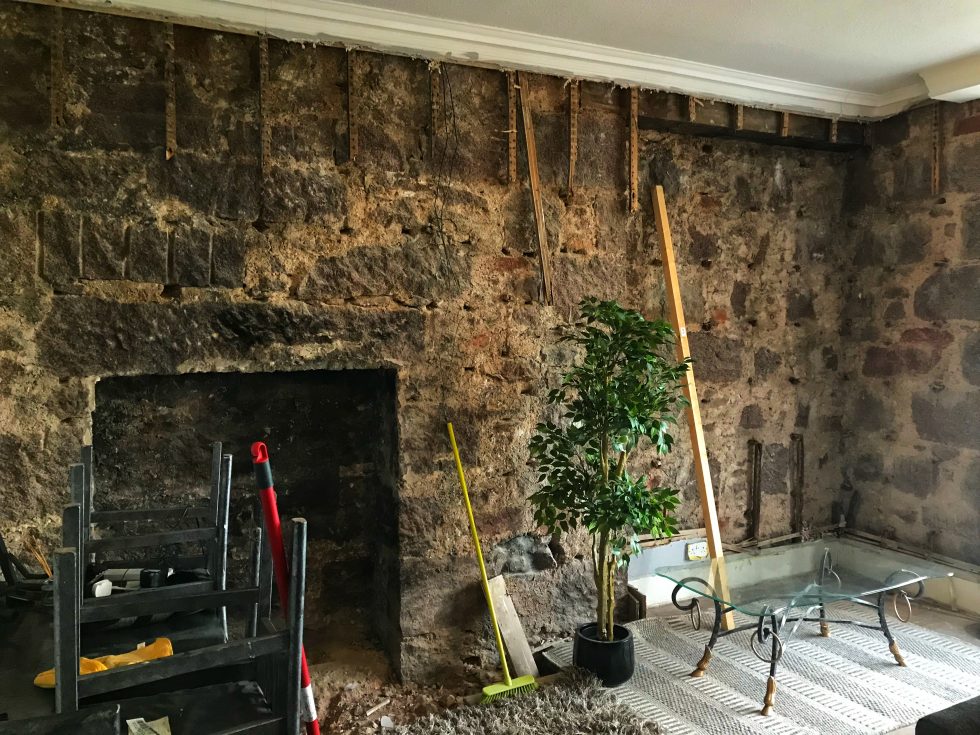 But Christ, She Needs a Facelift

We implemented reconstructive surgery when we first moved in. Because her beams were sagging. The sagging beams were the exact ones that held the place together. 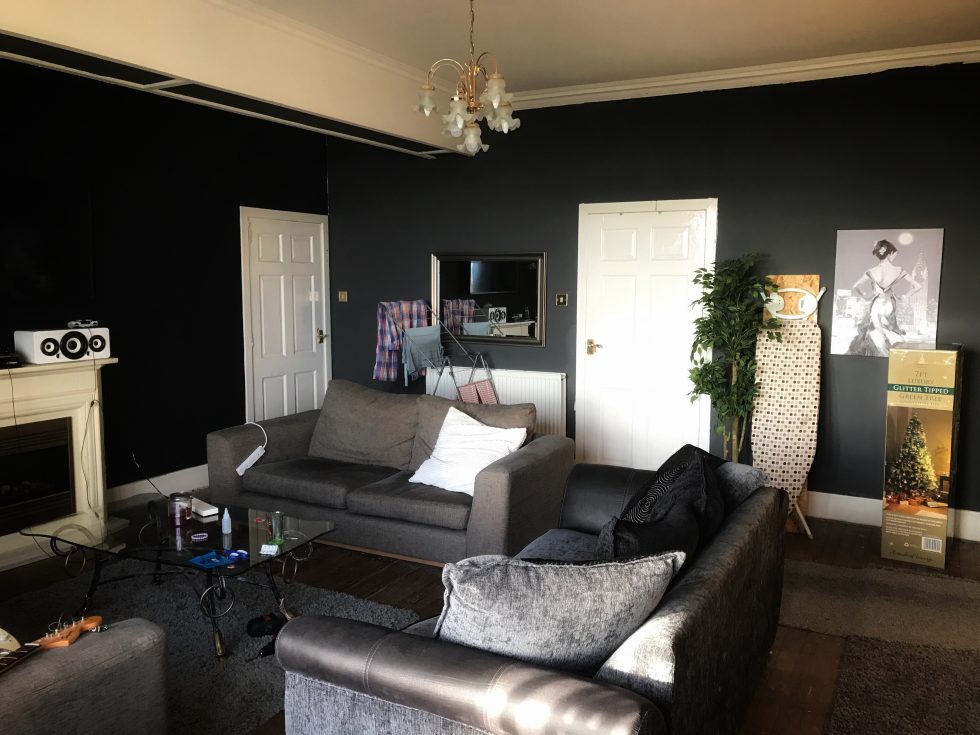 Couldn’t put that one hold, unfortunately. So structurally, she’s sound. But other than that, she needs a makeover. She had no thermals when we moved in. Not one of the outer walls were insulated. Considering we live on a hill directly overlooking the North Sea, it gets a wee bit “chilly” when the sea winds are up. Our Highland home takes a pumping. And nae a good one.

But would you look at that view? 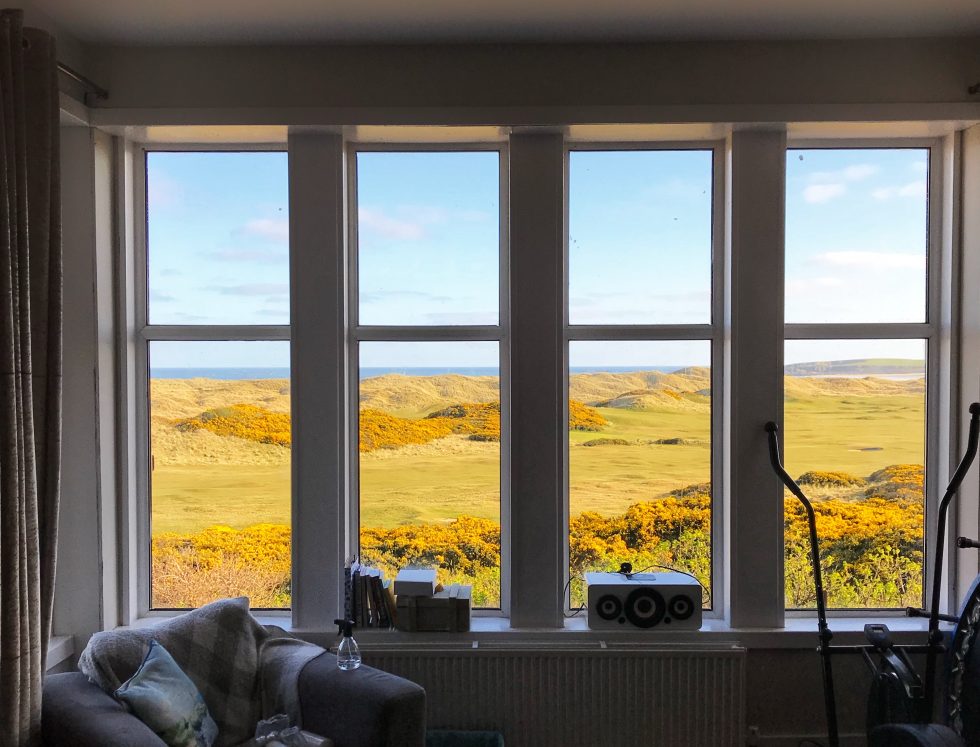 Enter, the reason we bought the place. You just can’t go wrong with a view like this. Our bay window looks over Cruden Bay Championship Golf Course, Cruden Bay beach and the North Sea. We can’t have a tradesman/visitor/guest round to the house without them 1, Ogling at the view and 2, asking to explore our basement. It would be extremely easy for us to keep them captive you know. But there are enough mouths to feed in this house.

We have a huge project on our hands but now have unexpected time on our hands, so between blogging, sharing Scotland inspiration and helping businesses in Scotland with digital marketing, I now have the mother of all renovations on my hands. Give me strength. This is going to be a big project, so if you’d like to follow along as I hunt out new interiors, go and follow us on Instagram and Twitter – @theayelife. Stay tuned as we turn our house by the sea to a Scottish home by the sea.