Nestled on the harbour front in Stonehaven is The Old Pier cafe; overlooking the ever-changing tide, the array of wee dinghies, the bold as nuts Aberdonian seagulls and the sprinkle of Motorhome drivers trying to avoid tipping into the sea (we stand in unison). The Old Pier is, at the forefront, an unassuming harbour cafe. A pretty exterior, with a bonnie harbour view, which was made for a sun-shining Autumnal morning. But the food isn’t good. The food is clever, warming and non-cafe. 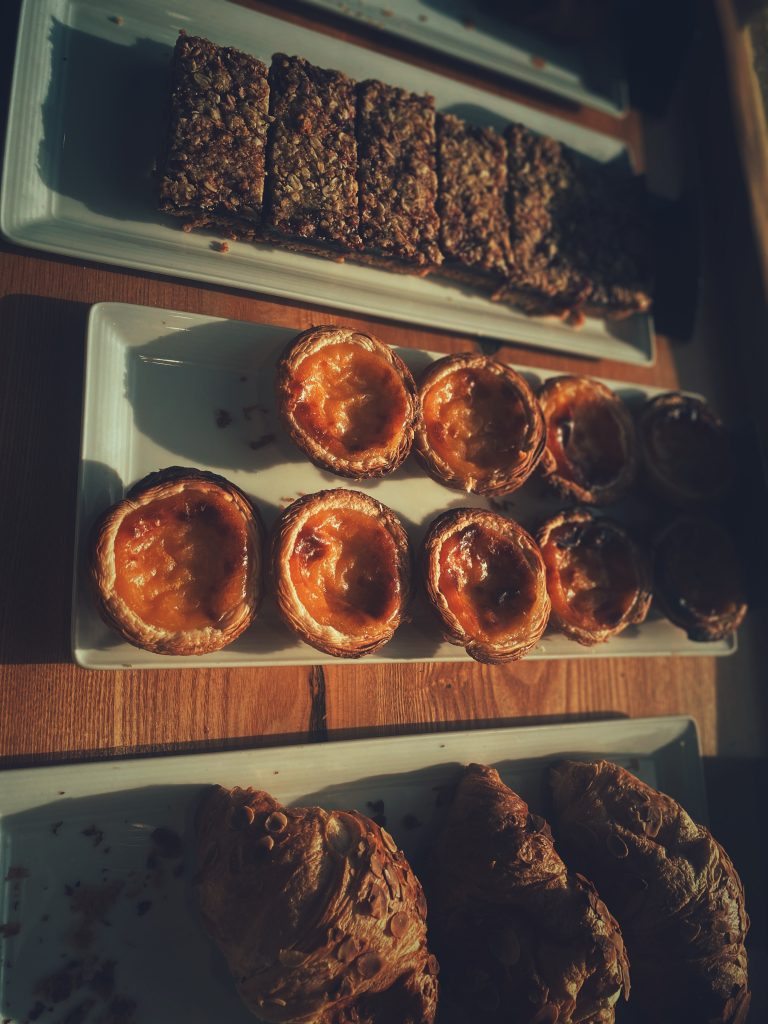 The Old Pier Cafe is modern, verging on exotic. In the cafe sense anyway. I certainly didn’t expect the menu I was presented with, and I was delighted. I love all kinds of food, perhaps this is the dream I’m living, but if there’s something on a menu I haven’t had before or a dish that screams “this is different,” I’m all over it like spots on a teenager. Sure, there were soups and carrot cake (I got carrot cake to take away, no judgy) but they all had that bit extra, which makes The Old Pier a totally unique experience. The menu featured a blend of heavy Asian influences combined with the cafe classics. 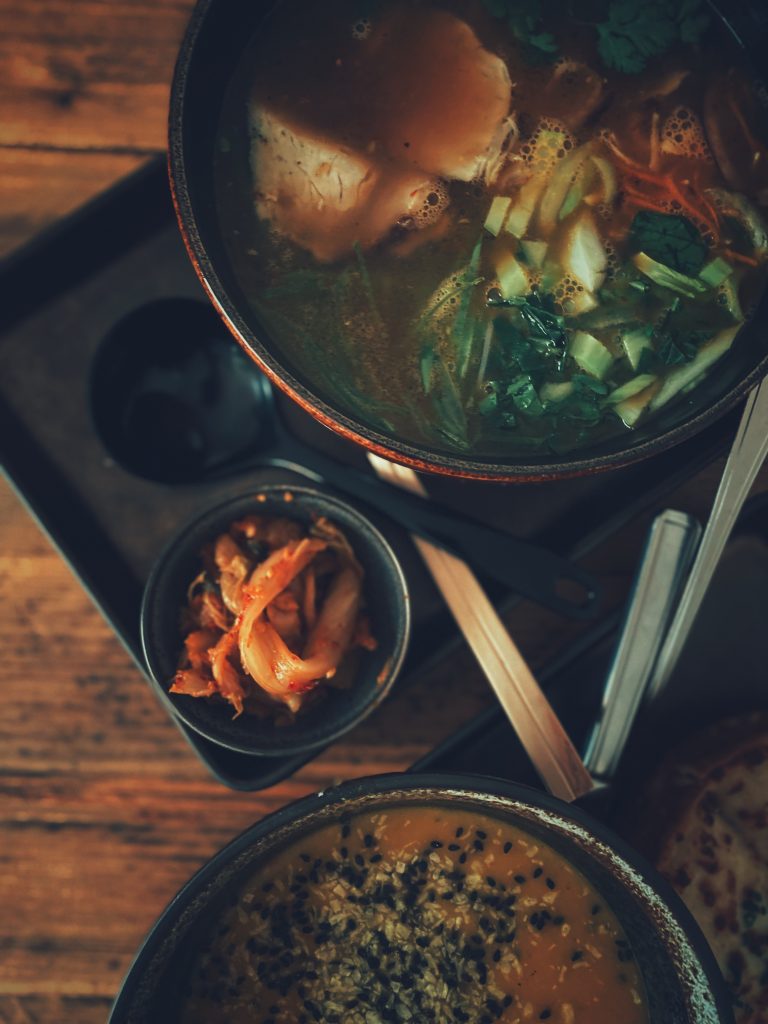 In what cafe, where, do you get smoked pork belly, Japanese broth, Asian greens, carrot, rice noodles and sesame with a side of kimchi? It isn’t commonplace, and I loved that about The Old Pier. Side fact about me: I used to buy big boxes of Kimchi bowls from Costco, rebox them into smaller parcels then sell them on eBay to people who couldn’t get to Costco. You can have that business idea for free.

What a cracker, there’s nothing better than getting a smack of heat and spice when you’re not expecting it. 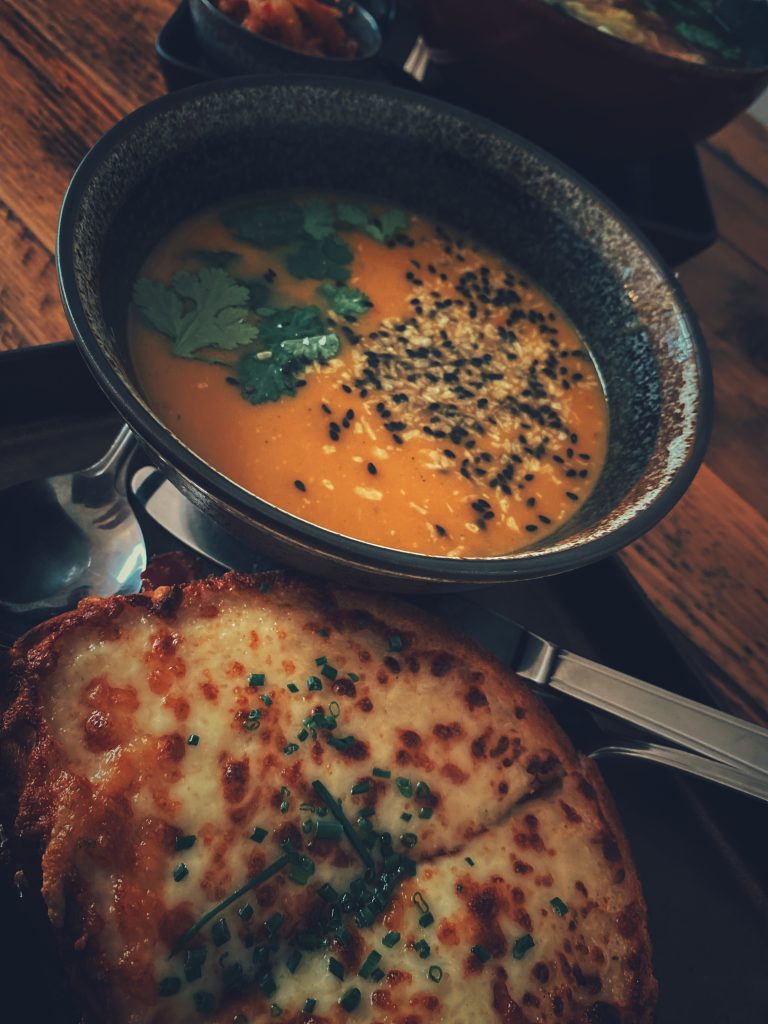 This is not to say the other stuff on the menu wasn’t up to par. It really was, Miss Aye had a bowl of butternut squash, coconut and chilli soup which was a really lovely thing. Alongside that, we also had a Croque Monsieur, which to be honest is the best thing that’s happened to bread since they sliced it.

We even went back to The Old Pier a few days later, on our Stonehaven staycation and took away two cups of leek, tattie and truffle soup (turns out truffle isn’t just for fancy chips or cooking programmes, shove some truffle in anything and boom, instant appeal). Everything we tried on the menu was delicious, and that brings us to the pastries. 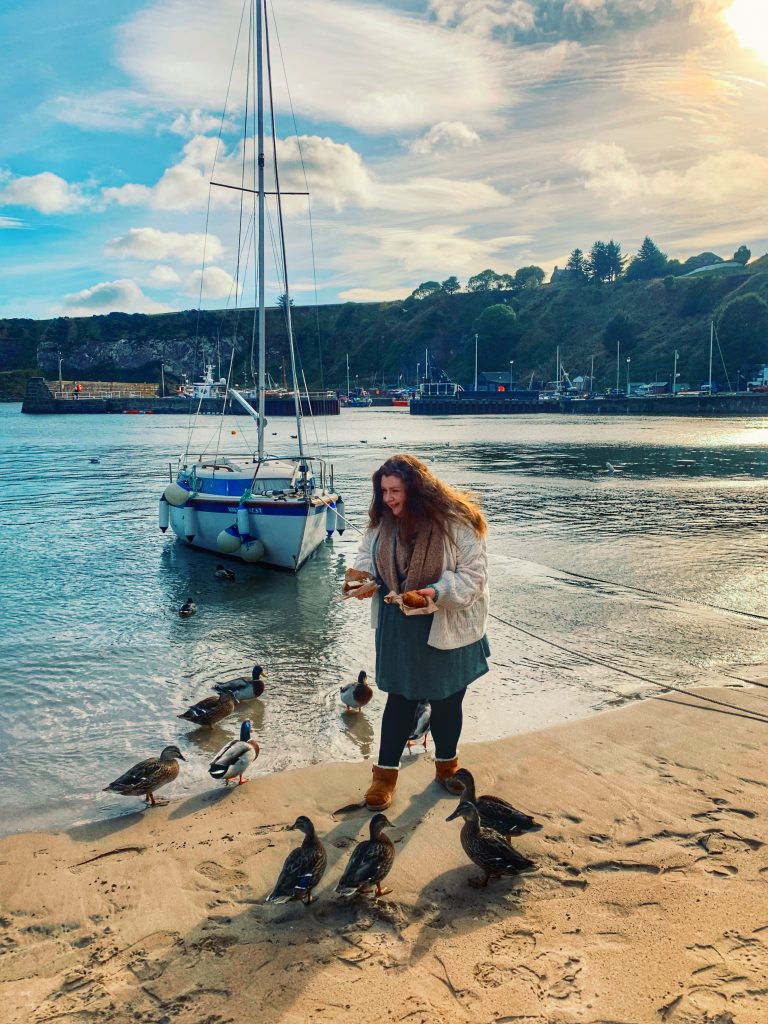 Standard blogging life, you want to take a fancy-schmancy picture of your cakes on the beach (not a euphenism), and you get harassed by a gang of ducks.

We left The Old Pier with a carrot cake and an almond croissant. The ducks absolutely loved the crumbs they got as peace offerings. We loved the cake. 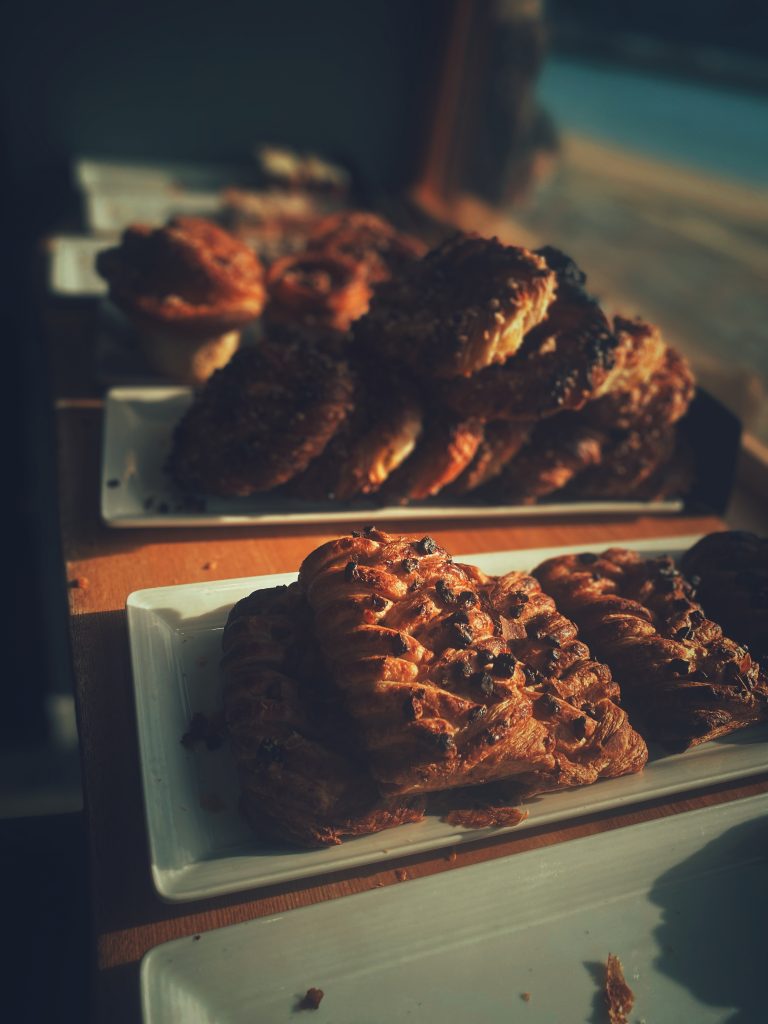 Looking for somewhere cosy and coastal to eat this Winter? I hate to alarm you, but The Old Pier (and Stonehaven in general) is calling your name.