I Like to Sleep all Day and Party all Night

Ha! Next joke. I like to sleep all day and all night. I am getting old AF and just can’t handle boozin’ like I used to. If anything has improved over the years however, it is my attitude towards alcohol. It has become altogether classy. Gallo Rosé Wine has become a thing of the past and thankfully so. I lost way too many good years and good shoes on that rocket fuel. But that’s what you do when you’re young isn’t it? Dance and sing with a belly full of cheap wine. Or at least that’s how we did it in the Highlands. Alas, the times have changed. Nowadays my cocktails arrive monthly, in the form of a Tipple Box – a good old-fashioned cocktail subscription box. And yes, that is a thing.

I really don’t like using the term ‘unboxing,’ as it reminds me of unnecessary youtube videos of people unboxing playstations and ball point pens. Some things should be kept sacred. But then I guess that would be BORING wouldn’t it? Pfft.

We first came across Tipple Box at Tales of the Cocktail on Tour in Edinburgh and although I had heard of the concept, I hadn’t really paid much attention to it. But recently I decided that I’ll be damned if I don’t have a monthly cocktail box in my life. Scott wasn’t massively impressed but when you have a broken ankle and a bad attitude, cocktails are the beginning, the middle and the end of the answer. I don’t even regret my decision. 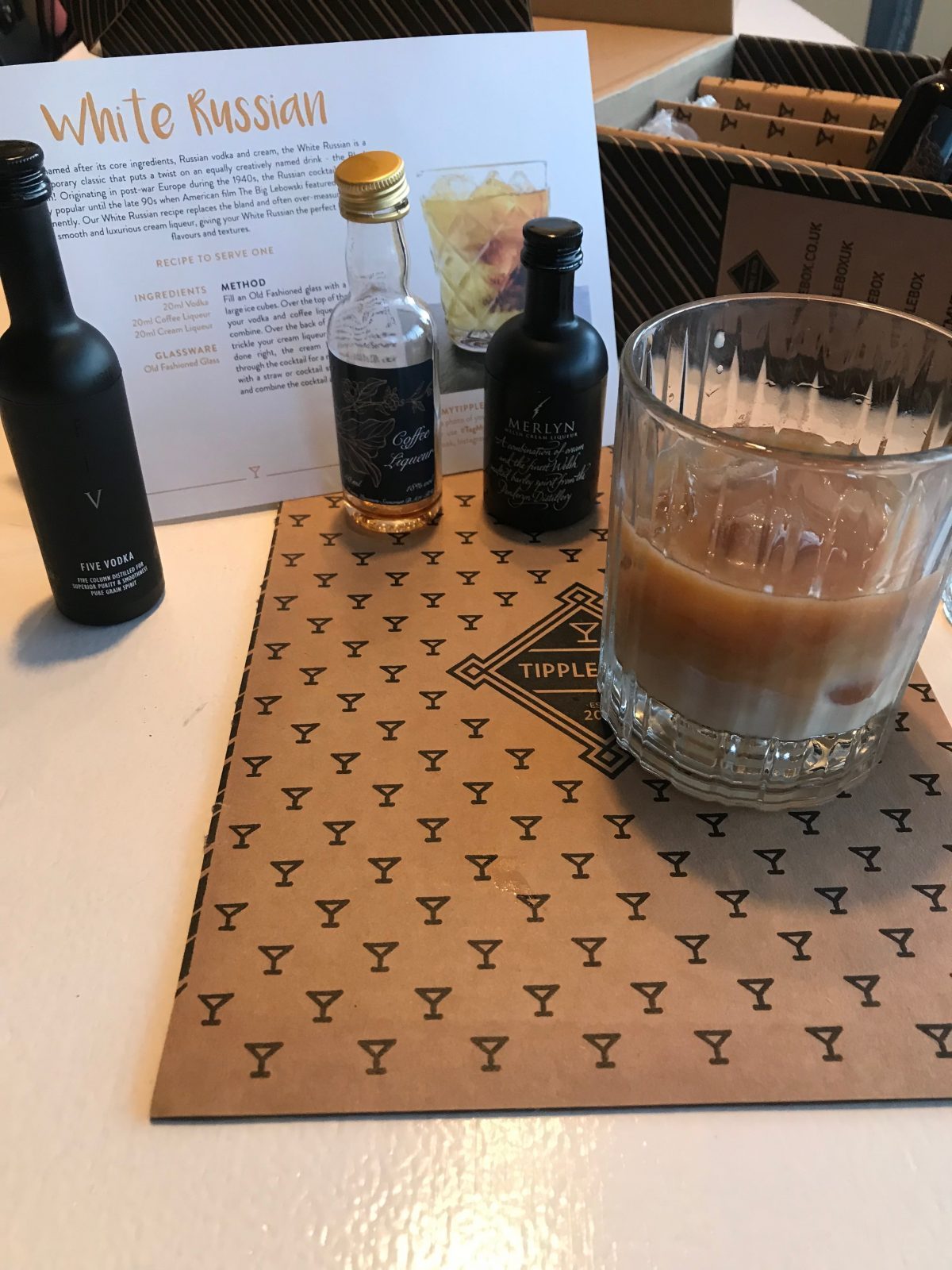 I do however regret starting my order in July. Not because I have anything against July as a month, but I just happened to start my cocktail subscription in the month of the coffee bean. July’s Tipple Box included recipes and ingredients for Espresso Martinis and White Russians. The last time I had a White Russian was at a house party and I’m pretty sure it was mostly made up off Tesco semi-skimmed milk. Not exactly the glitz and glamour I was going for. 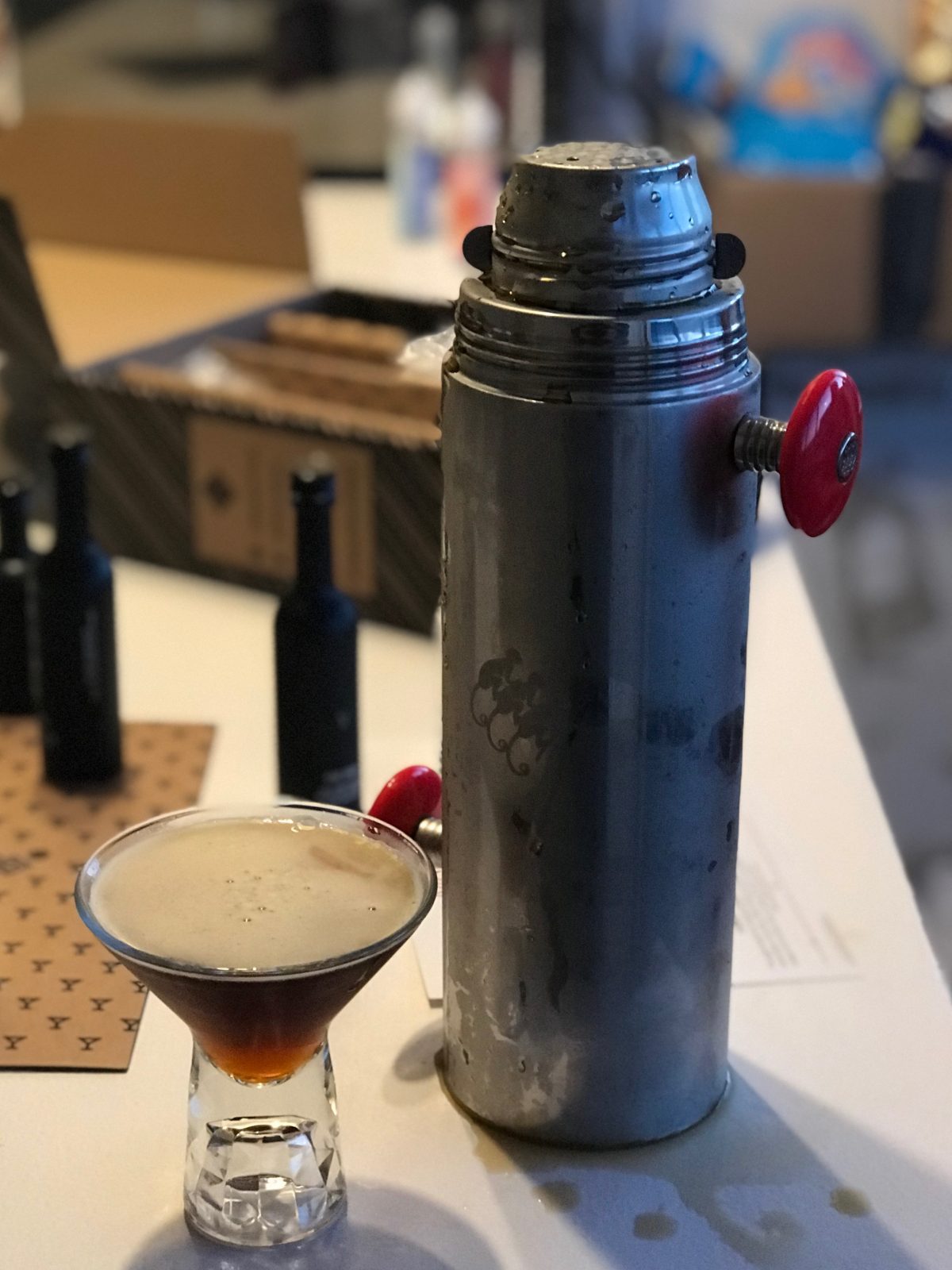 I had been dying to try out my new cocktail set for a whole week. We are so busy these days that all booze ends up stored in a cupboard and taken out on the rare occasion that we… never, it never gets taken out. We are too busy to drink these days but I guess there are worse problems to have. But seeing as I am making ‘proper bar-tending’ a hobby of mine, I thought that I better pull my finger out and actually create some cocktails.

So we waited until 10pm on a Tuesday night to make up the Tipple Box recipes. Not being a big coffee fan, I wasn’t convinced and I was absolutely right with the Espresso Martini. Scott however, loved the taste of it and necked it faster than Ussain to the bar. Thankfully, I was a fan of the White Russian and ended up sipping mine, Scotts and another 3 or 4 yadda yadda. No judgy on my bloggy thanky.

We were perfectly aware of the effects of sipping cocktails at 10pm on a Tuesday evening but we failed to see the more non-obvious aspect of doing so. Espresso Martinis and White Russians contain coffee. Coffee liqueurs, cold brew coffees, coffee beans. Coffee. So when we eventually decided to throw in all the towels and head off to bed, we both ended up sleeping like massively awake people.

Me. I need sleep. Scott needs sleep as well. Without sleep, we are near a pre-marriage divorce. Both of us woke up in stinking moods which when looking back, is actually quite hilarious and one of the reasons why I wanted to share this story. Whilst we sat up till the wee hours sipping like kings, we paid for it the next morning, without a hangover but with Lucozade for breakfast. Drink responsibly people, start early.

The value for moola with a Tipple Box is ace. We had enough ingredients to put together 4-6 cocktails (depending on the size of course) and considering the amount of dosh you could shell out on cocktails in a trendy bar, this is more than a bargain. It is also just good fun old-fashioned fun to shake up your own cocktails that actually taste nice and not Bacardi, orange juice and Baileys when there isn’t much else in the house.

So now that I have learnt my lesson (don’t drink coffee cocktails before bed), I am now more than ready for next months Tipple Box. And it’s my birthday month, so this one better be an absolute corker.