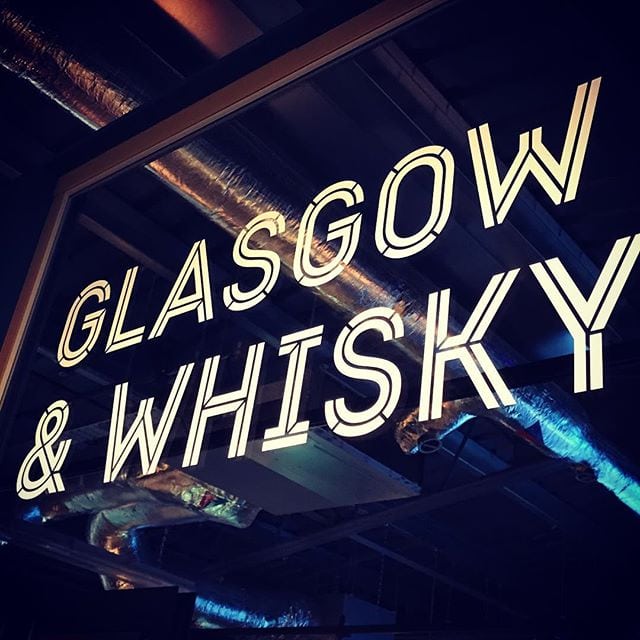 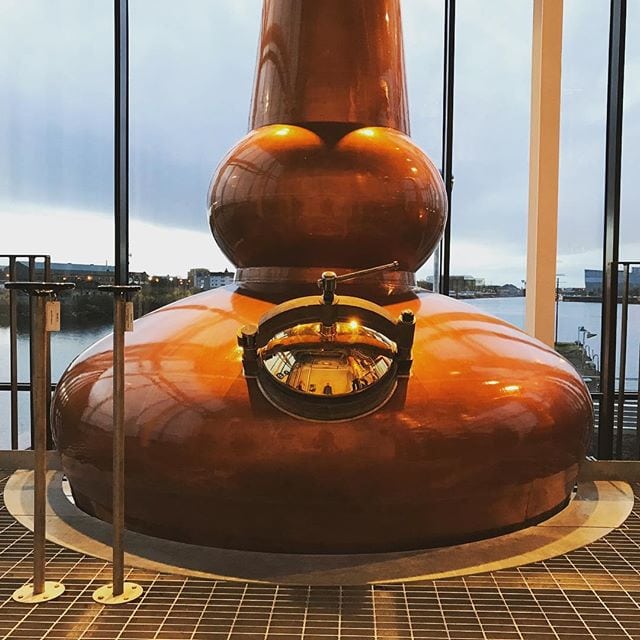 Glasgow is number one in Scotland for lots of things; size, music, sport, media, shopping, lager and many more.

But not so much whisky, until now…

This is where the Clydeside distillery comes in, marrying one of Scotland’s most iconic rivers with its national drink.

We went along for a distillery tour literally one week after the place opened for business. The distillery is so new that at the time of writing, we are three to four years away from tasting Clydeside Whisky. Not to worry though, the distillery holds a large stock of whiskies from all over Scotland for tour goers to sample at the end. More of that later. 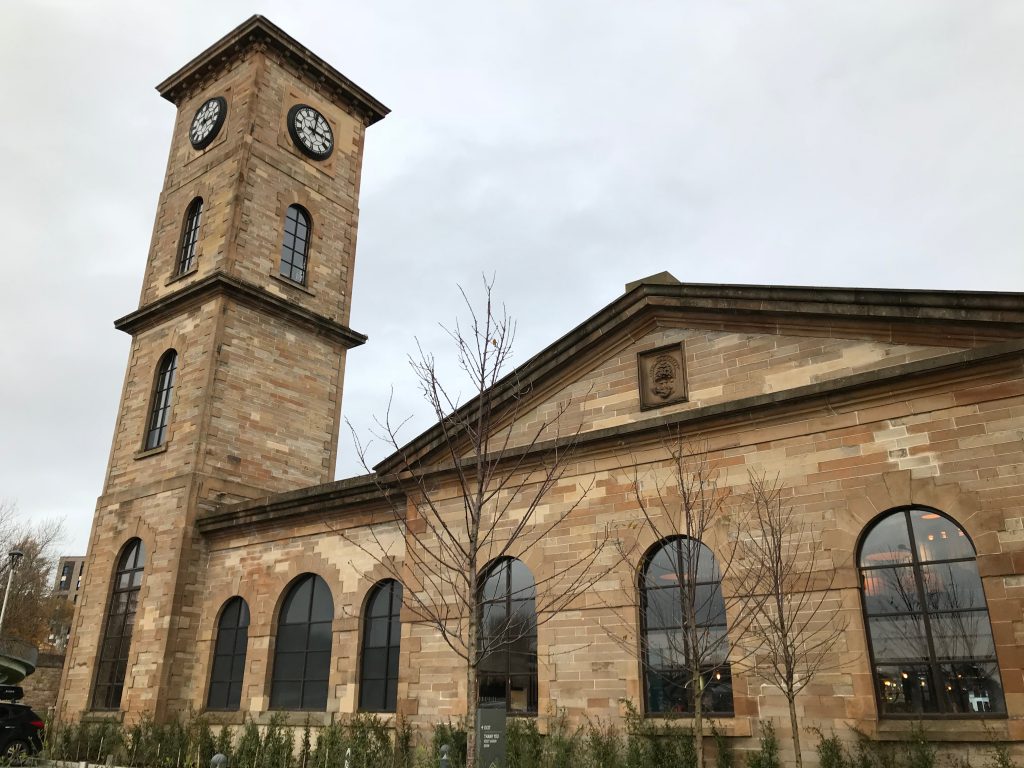 The distillery is located in the Old Pumphouse just down the road from the Hydro. The copper stills can be seen through glass from the outside which is a nice touch. 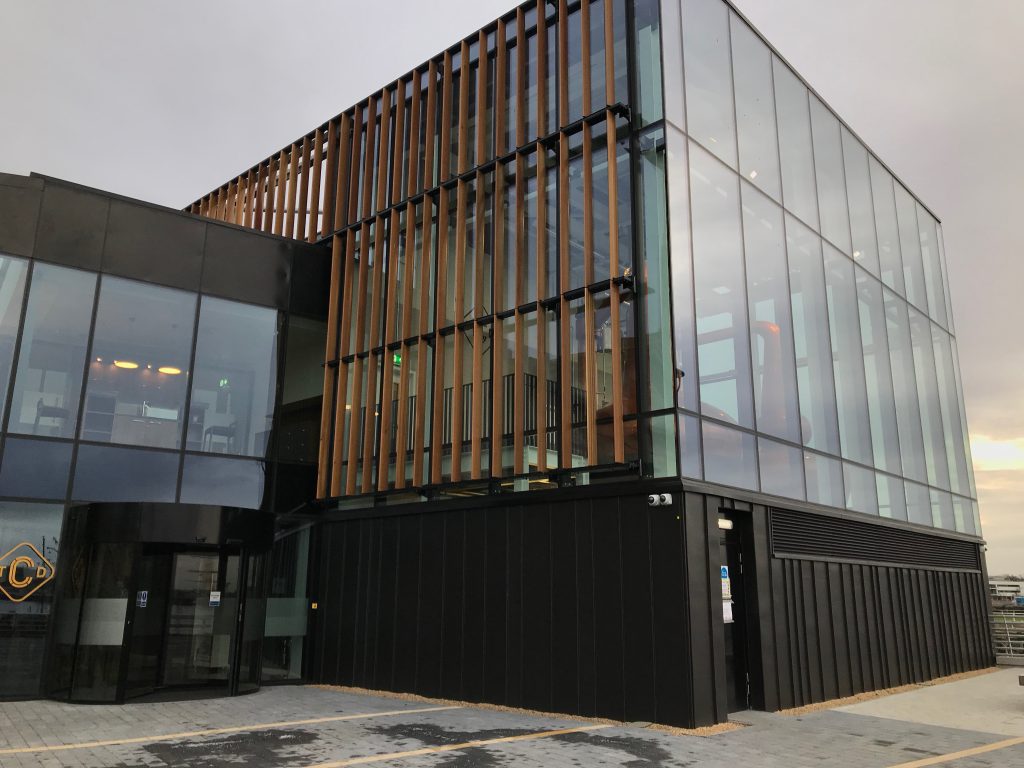 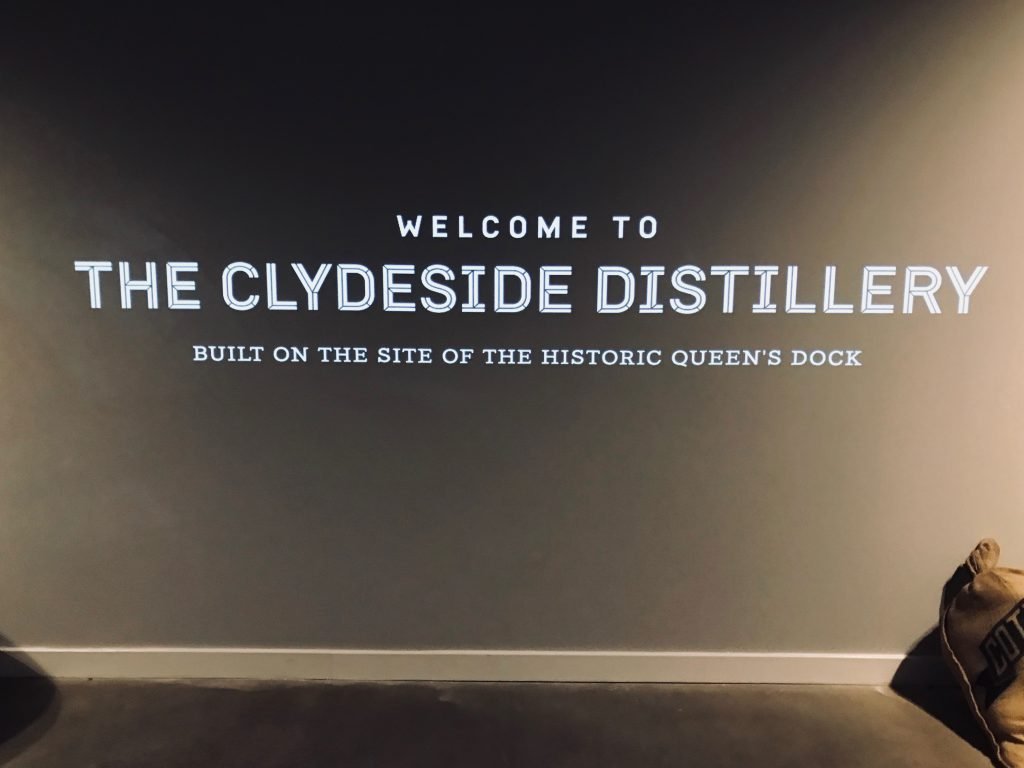 The tour begins with a movie about the history of the area. If you don’t know anything about Glasgow then this is for you. Glasgow’s historic importance as the second city of the empire and the world famous ships built on the Clyde all get a mention. The tour moves upstairs to more background to the Old Pumphouse and the family behind the distillery.

Morrison Glasgow Distillers LTD are the geniuses behind the distillery, their chairman is Tim Morrison. His great grandfather was John Morrison, who was responsible for building The Queen’s Dock way back in 1877.

Distilleries are usually based next to a water source, however this place does not use the Clyde as its source. Instead, it uses water from Loch Katrine forty miles north of Glasgow.

The barley comes from over 100 Scottish farms and then goes through the malting, milling, mashing, fermentation and maturation process to eventually produce the final product.

The Fermentation tanks are deceptively small as you walk around them. Look down and you’ll realise they go down a hell of a long way. 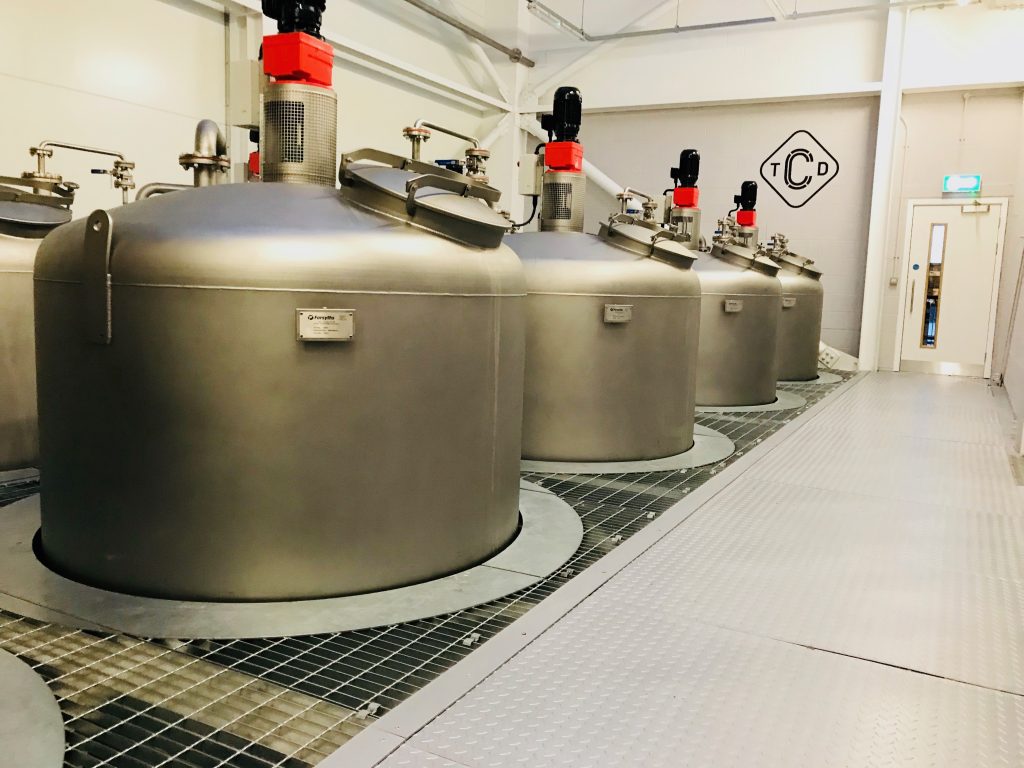 Having plodded my way around a few distilleries, something that struck me was this;

Everything is shiny and brand new. I remember Glenturrets operation, where everything is done just as it was hundreds of years ago. The romance and selling point of a traditional and established brand is obvious, but being new to the game is not a bad thing!

As an experience, it’s pretty cool to see whisky babies being born for the first time, where the people making it haven’t figured out exactly when it’s going to be ready or even how it’s going to taste. It was nice to be a part of that, even if I was only one of the first people to wander around. I’ve already set a timer on my phone for 3 years from now to remind me to pick up a bottle. 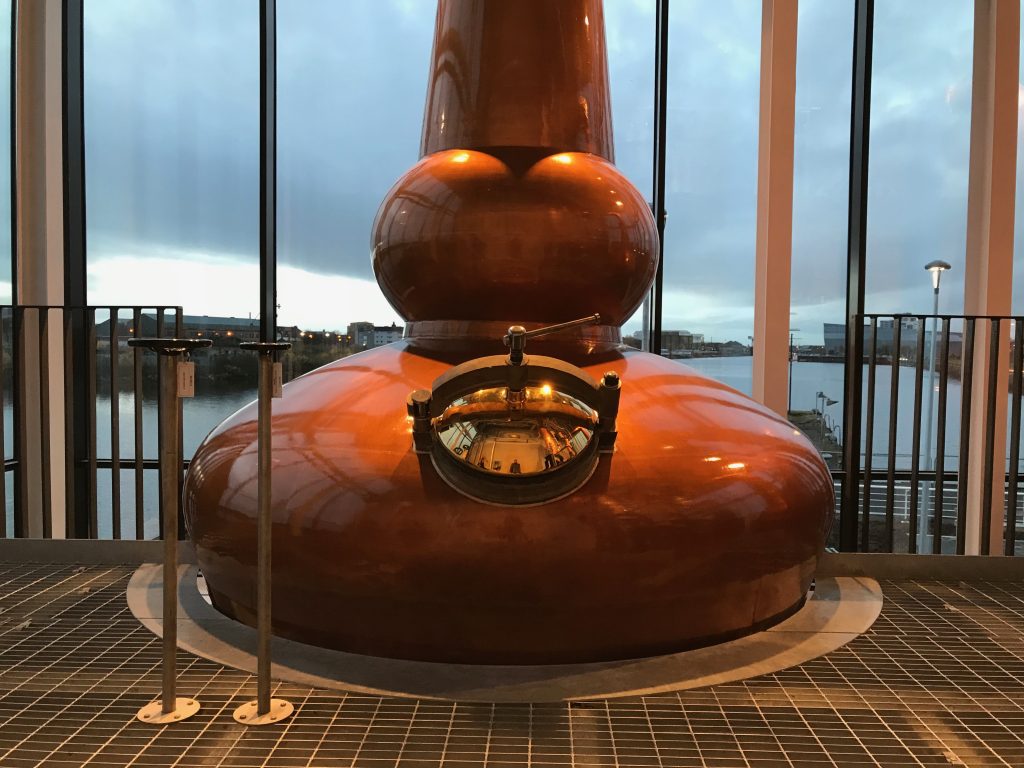 These are some of the most beautifully arranged stills I have come across so far. Instead of having them crammed in a shed in a back-building or in a laboratory they are poised surrounded by glass overlooking the Clyde. Top marks guys.

I was allowed to take photos of the stills as I was there for press purposes. Usually this is a big no-no as electronics could cause a spark. Thankfully I got some good shots (literally) for this article, otherwise, you would have got a shot of the gift shop. 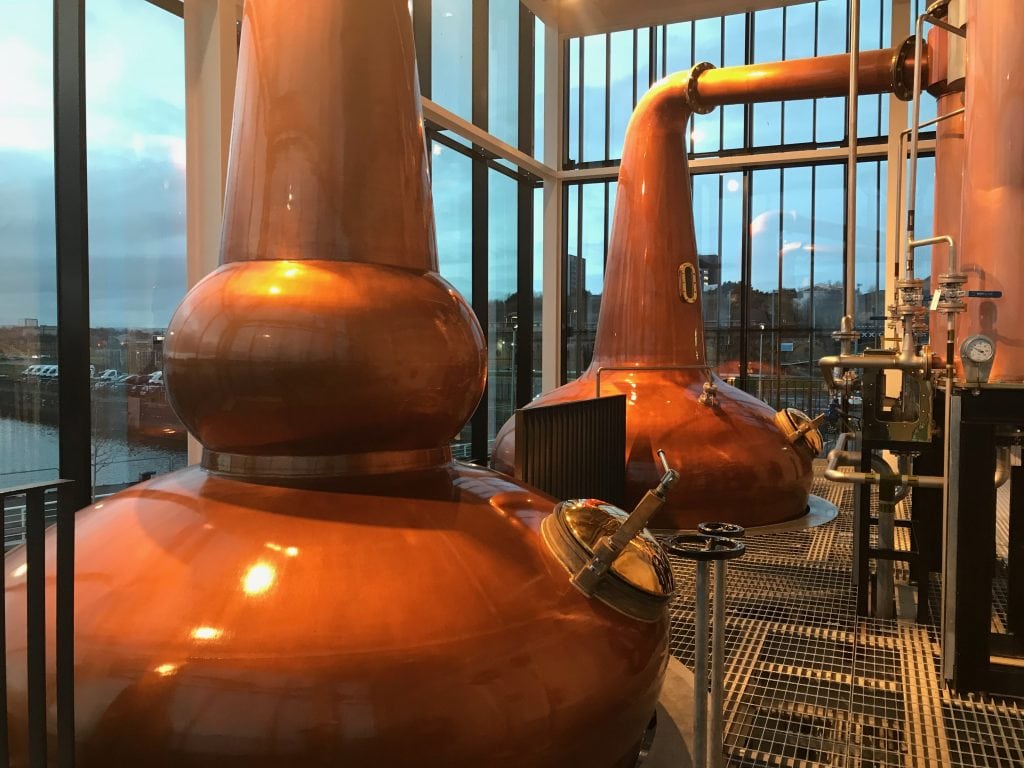 Since there is no homemade whisky ready yet, the tour finished with a selection of three different styles of Scotch.

The three whiskies we tried were Stronachie, Auchentoshan and Cask Islay.

I personally found the Stronachie very easy to drink. The Auchentoshan was darker and more intense while the Cask Islay was of the peaty variety; an acquired taste but one I’m willing to acquire. Our group were asked to vote on which one was to their favourite, and I was pretty much the only person in the room that preferred Stronachie to the rest. Guys if you’re ready this I will happily give you my address for a bottle. 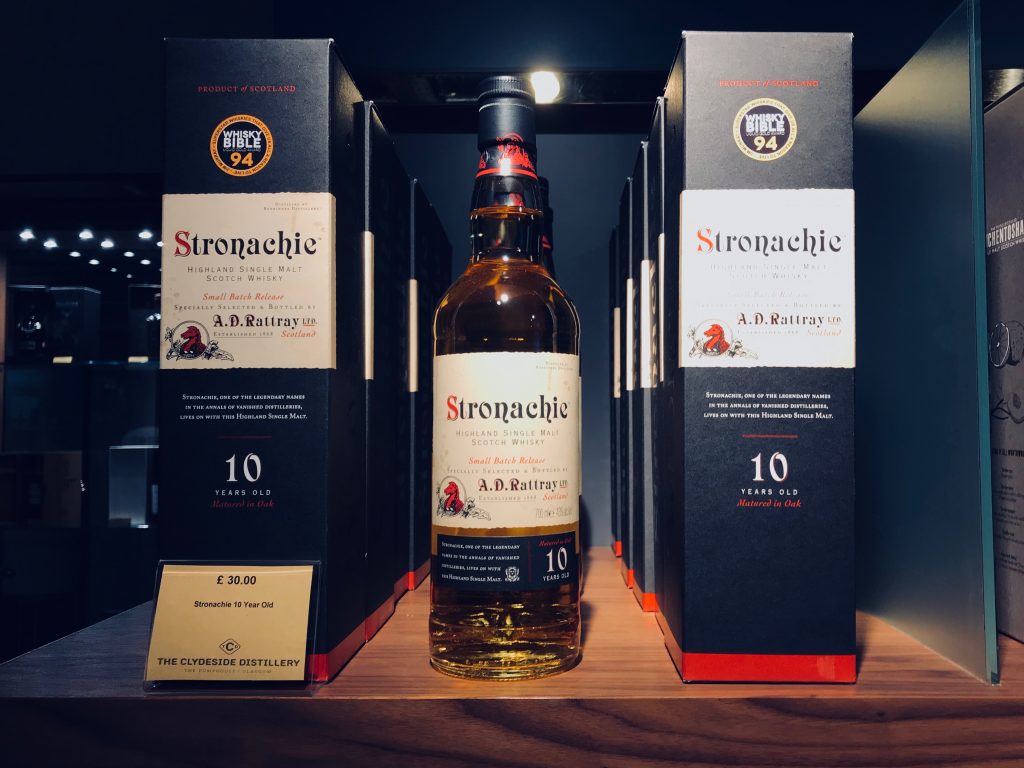 After knocking down three whiskies (someone must have liked me because my measures were massive), I had the joy of wandering down a set of stairs while trying to pretend I was stone cold sober. Not easy.

The Clydeside distillery tour was a unique experience and focused on the history of whisky, Glasgow, the Clyde and the differences of regional whisky.

You should definitely go and check it out if your visiting Glasgow. Their website is here – theclydeside.com

A big thank you to Visit Scotland for sending me here, and to the team who poured me my drams. I very much appreciated it. Slàinte!