Let’s Get It Prawn

To quote a local Aberdonian that did quite well for herself, “Sweet Dreams are Made of This” Who am I to disagree? 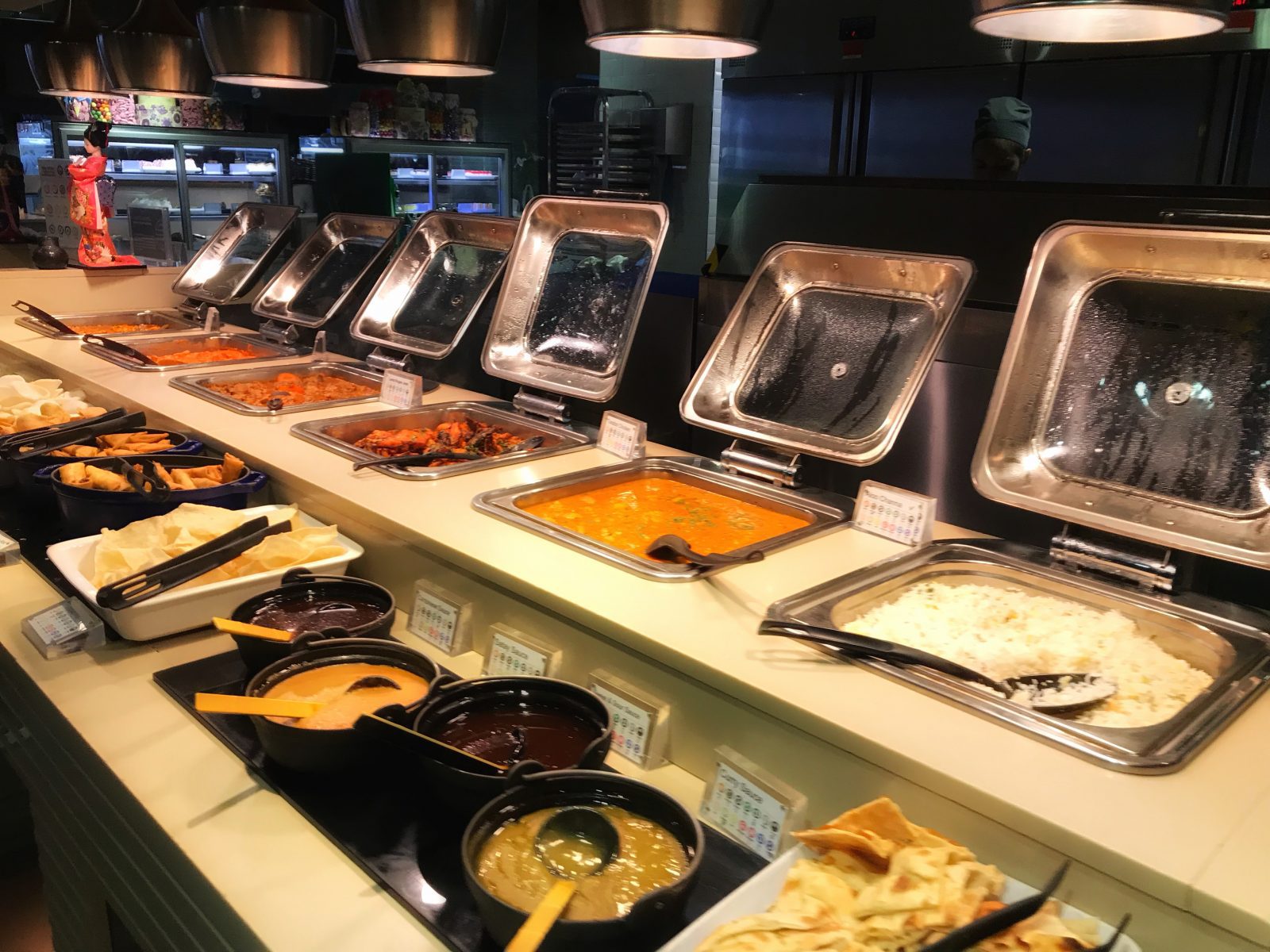 Where are we going to eat?

Literally, every time I’m walking through Union Square in Aberdeen and either Victoria or myself utter those words “I’M HUNGRY”, a lively debate erupts over where we’re going to go to eat. 9 times out of 10, we come to the same conclusion. Cosmo’s. Heres my logic – Why order a Chinese, wait for it to be cooked, picked up/delivered, when you can get an Indian, with a side helping of every imagable other food, with a Chinese for pudding. Followed by pudding. 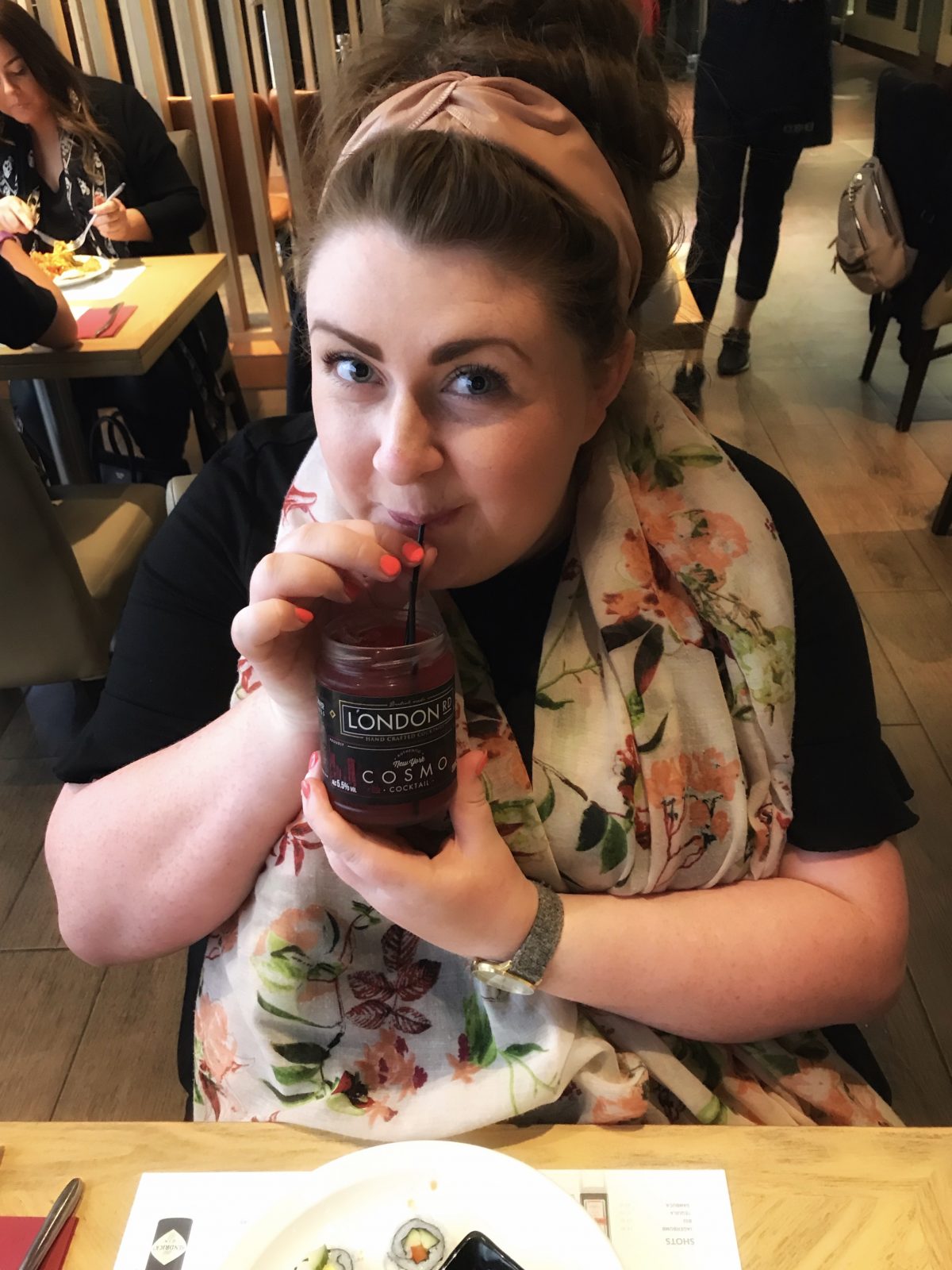 Anyone that knew me from the previous life will vouch for this fact. I am a gannet. When I worked with those wonderful helicopters (that later went on to be my spines demise), I used to be the first to meet them when they landed. Not because I was good at my job, far from it, I was after that (now) cold cooked breakfast that was deep fried 200 miles out at sea that the pilots took back for the sack of bones I was back then.

As for this life, anyone that’s ever been at an event with us will know that while Victoria is taking care of business, I’m usually hanging out near the kitchen door, using my dog-like nose to determine when the canopies are coming out. You will always find me where there is food.

So you can imagine my joy when Cosmo’s invited us along for a review. That Friday night was like Christmas morning, and all that tasty turkey was for me.

All You Can Eat 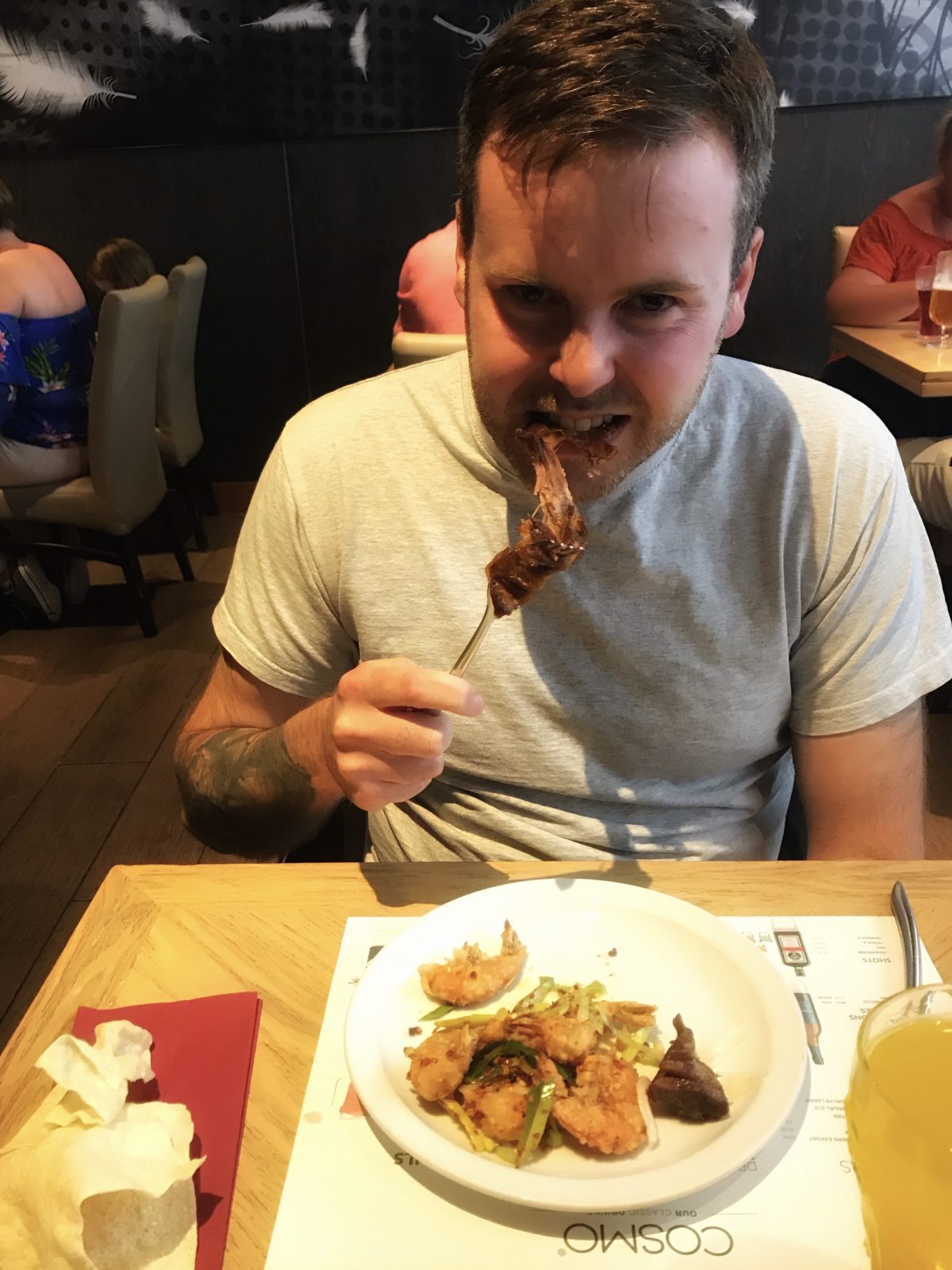 Cosmo’s is a world buffet. It’s like the United Nations of food. It’s broken up into Salad (why am I putting this first?), Japanise, Indian, European and Chinese sections and it even has a carvery and teppanyaki bit too.

Buffets usually have a problem with food sitting for ages and becoming a bit stale, but Cosmos is such a big and busy restaurant that most of the dishes are hoovered on a consistent basis. Nothing is ever stale.

Break the Rules, Live a Little

I watch Masterchef in all its varieties when it comes on throughout the year (just not the kid’s version – who the hell likes children) and they often criticise the experimental cooks for mixing cuisine and flavours. I call BS, every single plate of food I’ve ever eaten at cosmos proves that they are wrong. Shredded duck works with squid, a bloody rare steak works with Sushi, and poppadoms go with pretty much everything. Try being a food weirdo, I did it a long time ago, and it set me free.

All Hail the King

When I first took Victoria to cosmos all those years ago, she instinctively went for the salted chilli king prawns. And whilst I had been too busy mixing barbequed lamb with smoked salmon, I never gave those fishy bites of heavenly decadence my full attention. That all changed though, F-me, they are good. We argue even less now about where to go for supper now because one of us always brings up the chilli “prans” (in a shocking North East accent) and its game over. A plate of prawns is always a starter, with another plate of prawns between every other course.

If you haven’t been along to Cosmo, then you can’t sit with us. There are options for everyone from meaties, fishies, foodies, vegans and donkeys (do donkeys eat prawns?) and you can book your very own cosmo experience here. 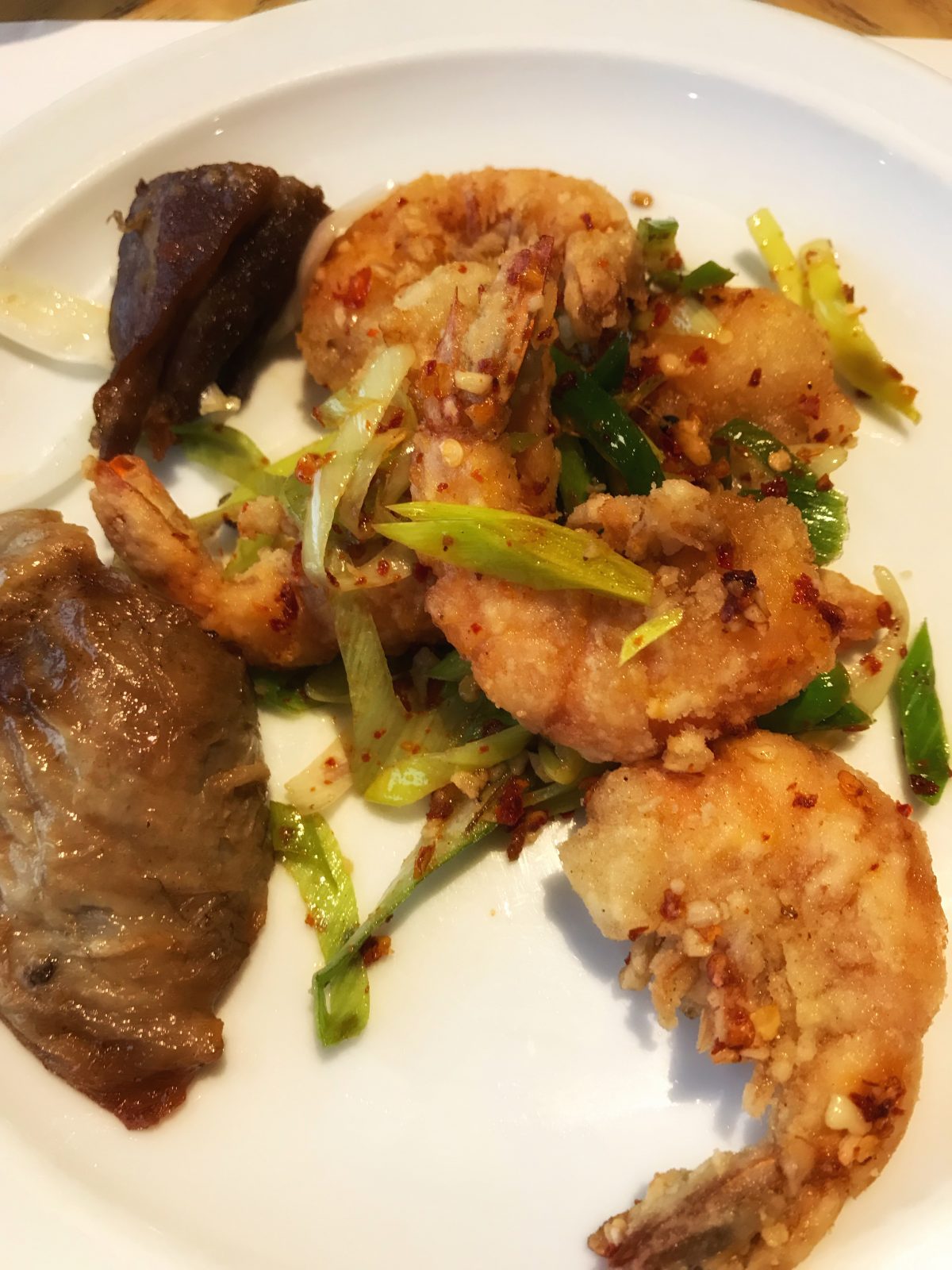 Cheers to Cosmo for inviting us along and giving us 19 plates of food for free. There were no bribes offered in exchange for a good review unless those prawns count. In which case… prawns.