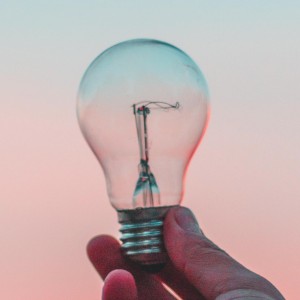 Let’s face it: As far as our luxury hotel reviews go, Principal Hotel Glasgow ranks right up there as one of the poshest. The prices are also reasonable and it is a great choice for anyone looking for chic accommodation. But if you’re looking for a place to stay other than in Glasgow, we’ve got you covered, too. A few miles north of the city is the county of Perthshire, which is home to the idyllic, Victorian era-inspired Cromlix House.

The Cromlix is steeped in history, with much of the present-day building, which sits on 2,000 acres of land in Dunblane, built way back in 1880. It replaced the burned down family residence of Captain Arthur Drummond Hay that had stood on the same grounds since 1874. The Cromlix was converted into a hotel in the early 1980s, and rechristened Cromlix House Hotel. For years it was a four-star hotel, until its fateful closing in 2012. The Herald reported no specific reason for the closure, although then local councillor David Goss suggested financial difficulties as a likely culprit.

Along Comes a Saviour

In 2013, The Guardian reported that tennis star Andy Murray bought the closed-down Cromlix. The then 25-year-old, according to the report, bought the Victorian era mansion for £1.8m, with plans of reopening it as a five-star luxury hotel. The timing of it all happened to be perfect, as the transaction coincided with Murray finally becoming one of tennis’s elite. In an feature article by Coral, they note that Murray won his first career Grand Slam in 2012 (the U.S. Open), and that his reputation and bank account have risen ever since. Arguably the most successful Scot in tennis history, Murray has already earned over £45m to date, and his Cromlix investment six years ago is beginning to look like a bargain. Murray’s vision became reality in 2014, with Cromlix reopening as a 15-room, five-star luxury hotel.

The Murray-owned Cromlix is luxury accommodation at its best. In The Telegraph’s hotel review, it points out that all 15 rooms are “luxuriously kitted out with thick pile carpets, thickly lined curtains, top quality beds and large soft towels, as well as generous supplies of toiletries from Arran Aromatics.” The furnishings are ornate, with a grandeur befitting royalty. The Ian Smith-designed bar also boasts a dash of glamour; a fitting reminder that this five-star property is owned by a celebrity.

One of the Cromlix’s selling points is the Chez Roux, a top notch restaurant overseen by renowned chef Albert Roux (owner of the Le Gavroche in London, the first restaurant with three Michelin stars) and run by award-winning executive head chef Darin Campbell. As you’d expect for a restaurant that is part of the Chez Roux tradition, the one at the Cromlix is a culinary experience that is quite simply, on a different level. Chef Campbell’s menu includes the best of modern Scottish cuisine, and each is prepared using only the finest quality local produce (there’s even an onsite kitchen garden). Cod, Loch Creran oysters, and squid make for excellent main courses; while Roux’s famed floating baked soufflé is must-try dessert. The Chez Roux also boasts an extensive wine collection, which means there is a vine for every taste bud.

As it is, the Cromlix is already worth every penny and after a thorough evaluation by Visit Scotland, in February of 2018, it became the country’s second Five Star Gold Country House Hotel. Despite the rave reviews, however, Murray isn’t resting on his laurels as he already has plans to expand and improve his already impressive property.