Things to do in Royal Deeside: Rediscover Aberdeenshire

Keep Calm and Put Your Crown On

This post is part of a paid partnership with VisitAberdeenshire to help folks #RediscoverABDN – we got paid to play in Royal Deeside, nothing worse eh?

I moved to Aberdeen from Inverness in 2013. I came to the granite city on a job offer whim and knew nothing about the granite city. Except that it was a city, and it was mostly made of granite. And that it had a beach. And there were always heaps of boats beside it. All the best musicals played there. Being a wee Inverness lass, this was the Hollywood to my Kansas. Life went on as I got to know Aberdeen’s nightlife, perhaps too well? I digress. I met a man (twit-twoo), and he took me under his wing. He took me on dates to castles, like in Cinderella (but without the cleaning). He showed me secret waterfalls (we chased them). And he showed me lots of things to do in Royal Deeside (I am Victoria, after all).

Where is Royal Deeside? 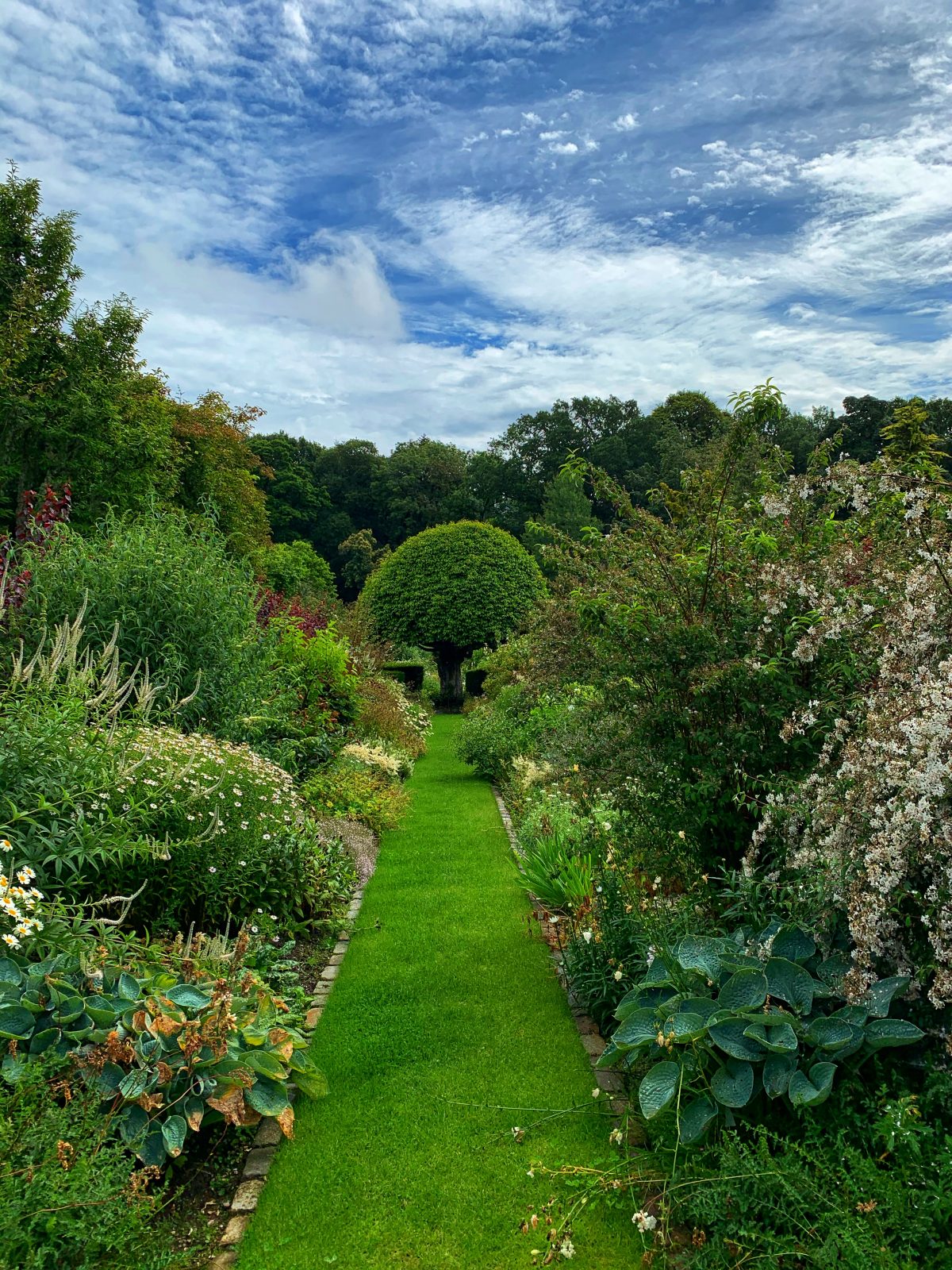 Aberdeen itself is easy to get to. The city is well-connected by ScotRail trains from all of the other Scottish cities. The Megabus is super cheap to get if you book in advance, I’ve definitely done a return to Inverness for £1. Once you’re in Aberdeen and you’ve eaten Union Square Shopping Centre out of food, it’s time to hit the road, Jack. Royal Deeside is West of Aberdeen. If you’re driving and you see a sign saying Banchory, then you’re on the right track. Or you could bus it on Line 201 from the big city. You might want to bus it if you are visiting Royal Lochnagar Distillery. Because, well, drams.

Things to do in Royal Deeside 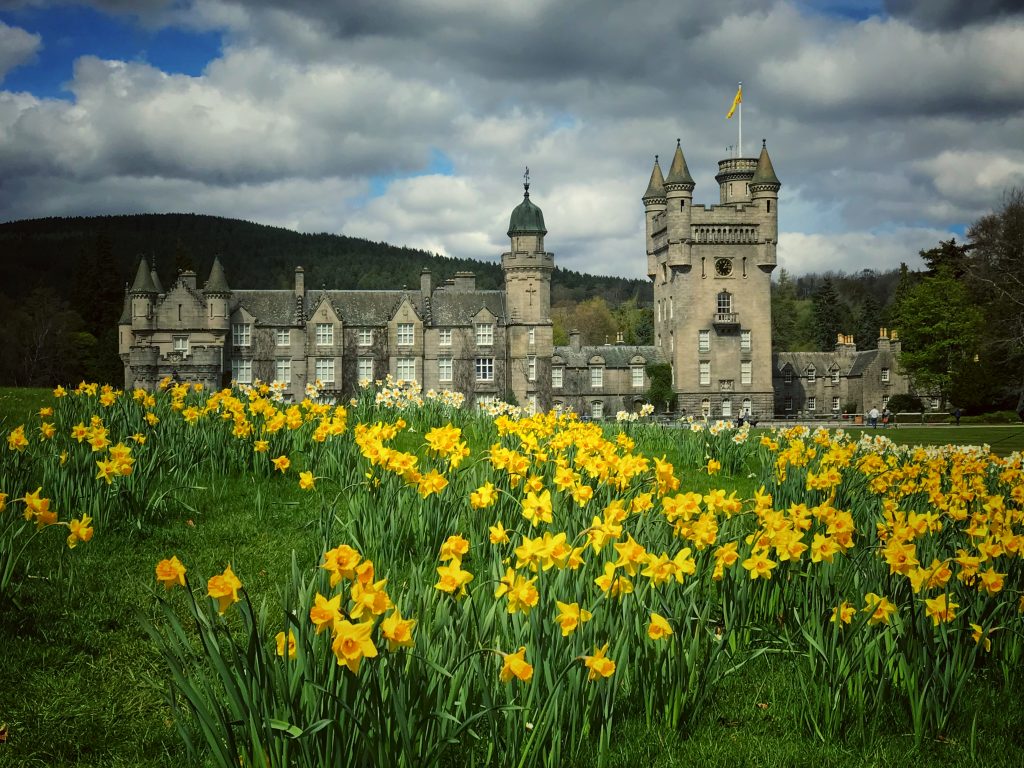 So, what puts the ‘Royal’ in the ‘Deeside,’ I hear you ask? Well, aside from the 7 billion castles, Deeside is also home to the Queen’s holiday hoose, you might have heard of it, Balmoral Castle? This is where Her Majesty goes to wake up to bagpipe alarm clocks and epic views. And the cry of stags on the hills. I cannot actually confirm whether stags cry. Anyone? I digress. Again. Here are some of the best things to do in Royal Deeside that convinced me to bag my man. His dates are the best. But, before you even get there… 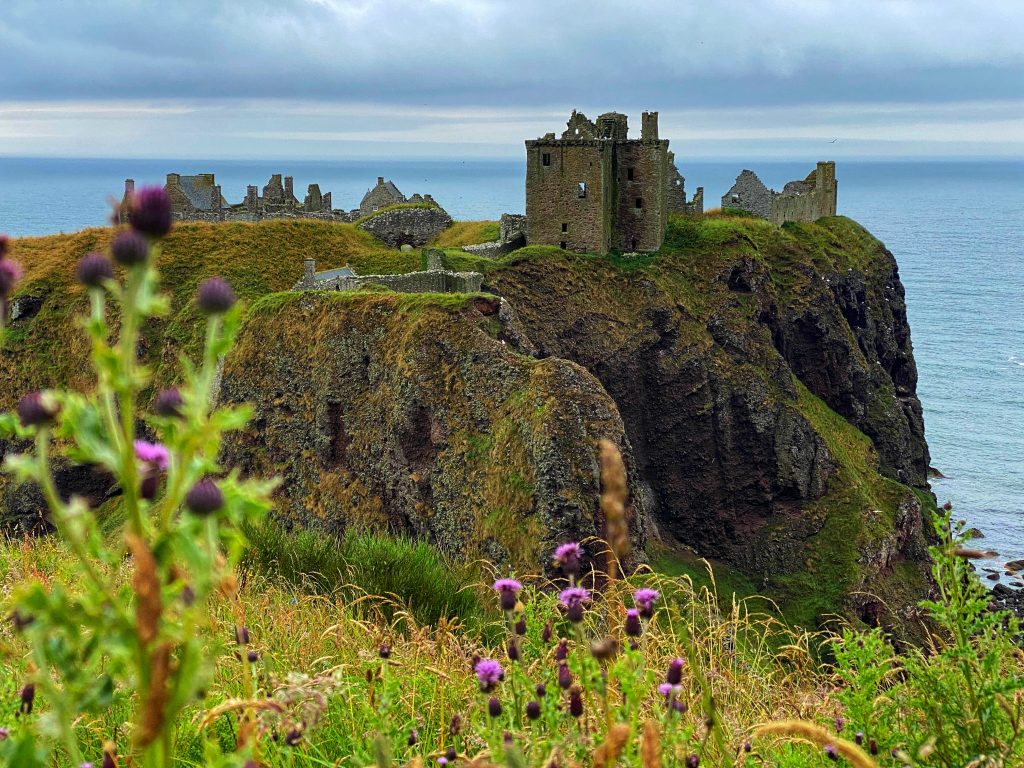 If you’re heading to Royal Deeside, and you aren’t stopping at Dunnottar, then there’s a good chance that you’re doing something wrong. Not only is it completely scenic but Dunnottar Castle is way historical. It’s also a complete postcard. No, for real though, Dunnottar Castle is on lots of postcards on Edinburgh’s Royal Mile. I mean, it’s nae exactly hard to see why? Dunnottar Castle is a mega important part of Scottish history. Considering its somewhat bloody past, and its current haunted status, a whole load of you are completely romanced by this stone. When we shared some recent videos of the castle on our socials, a whole heap of you folks had your own Dunnottar love story. And I loved this because Dunnottar Castle was me and Aye 2.0’s first Aberdonia date. Cute, eh? 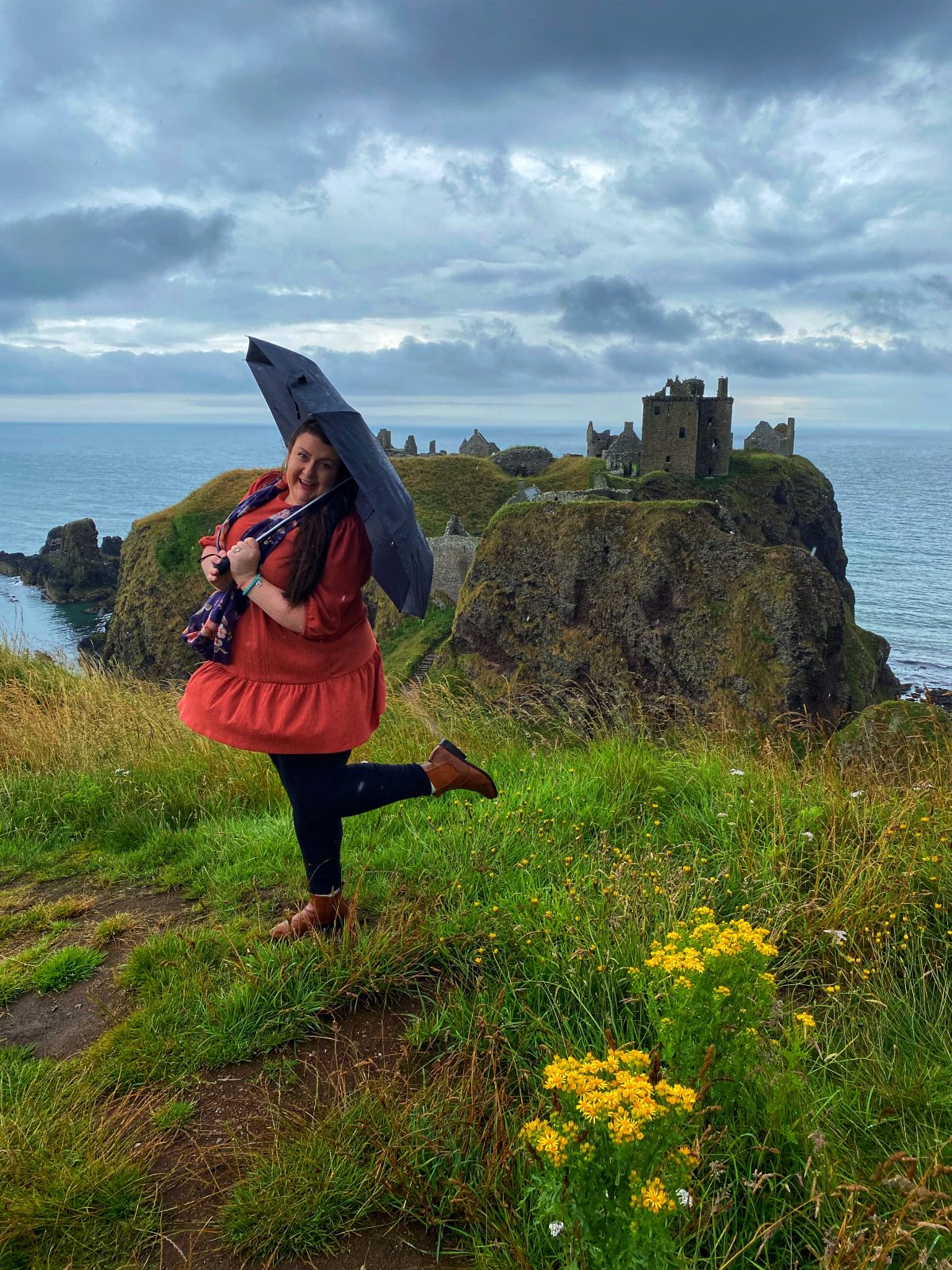 Note: one cannot simply just turn up at Dunnottar, one must book online in advance to tour aboot. This is the most important thing you will ever be told because you will not want to walk the steps to Dunnottar to be turned away at the gates. Even Mary Queen of Scots booked ahead. Be like Mary. 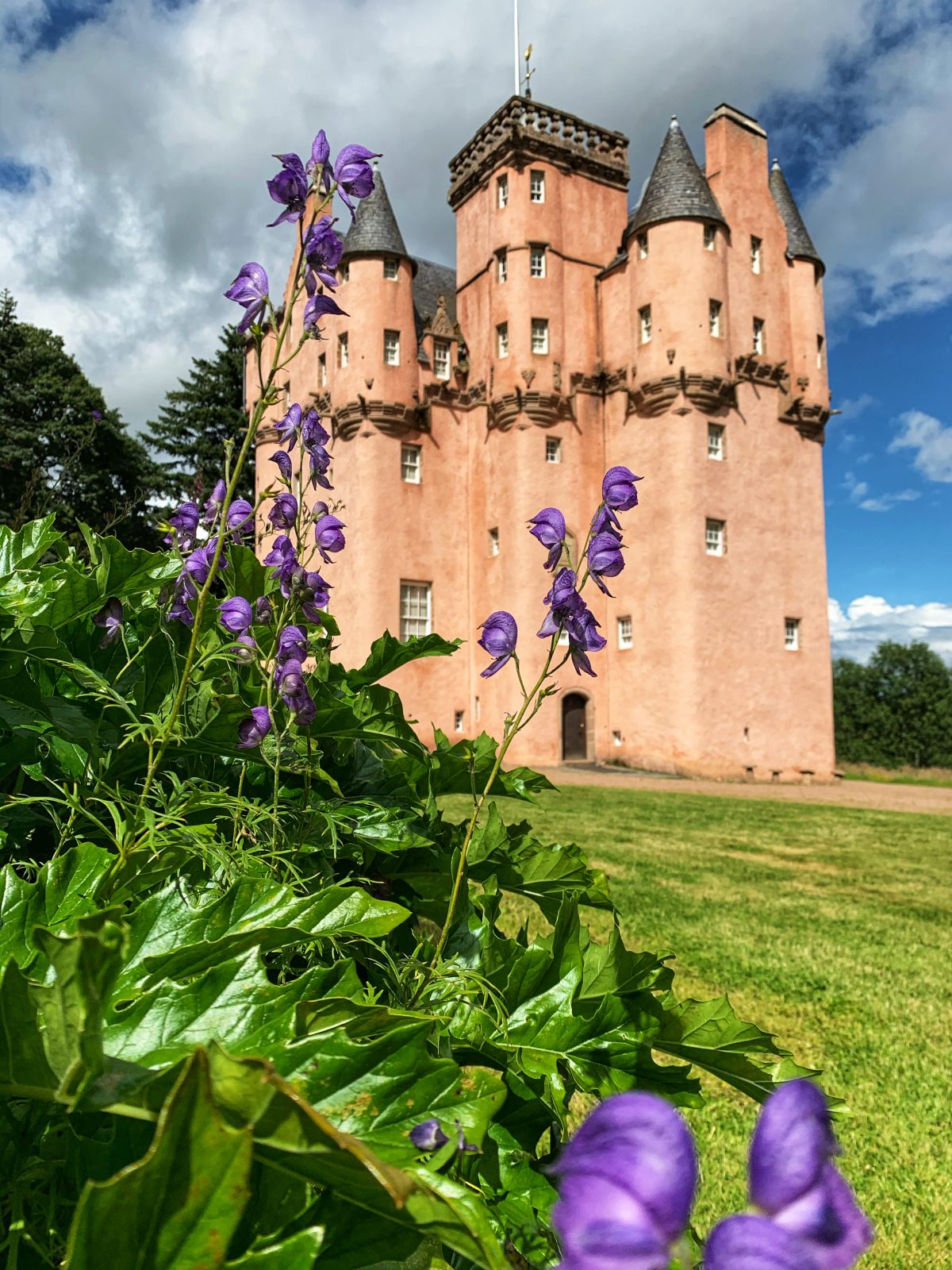 Completed in 1626, Craigievar Castle was home to the Forbes family for over 350 years. Making the Forbes family really, really old. Aye 2.0 is a Forbes (like the magazine), so as you can imagine, he makes all kinds of outrageous claims. Oh yeah, and did I mention that the castle is pink and word has it that it inspired Walt Disney’s castle logo? You don’t really need any other reasons to visit Royal Deeside. Real-life Scottish pink castles alone kind of do the job. 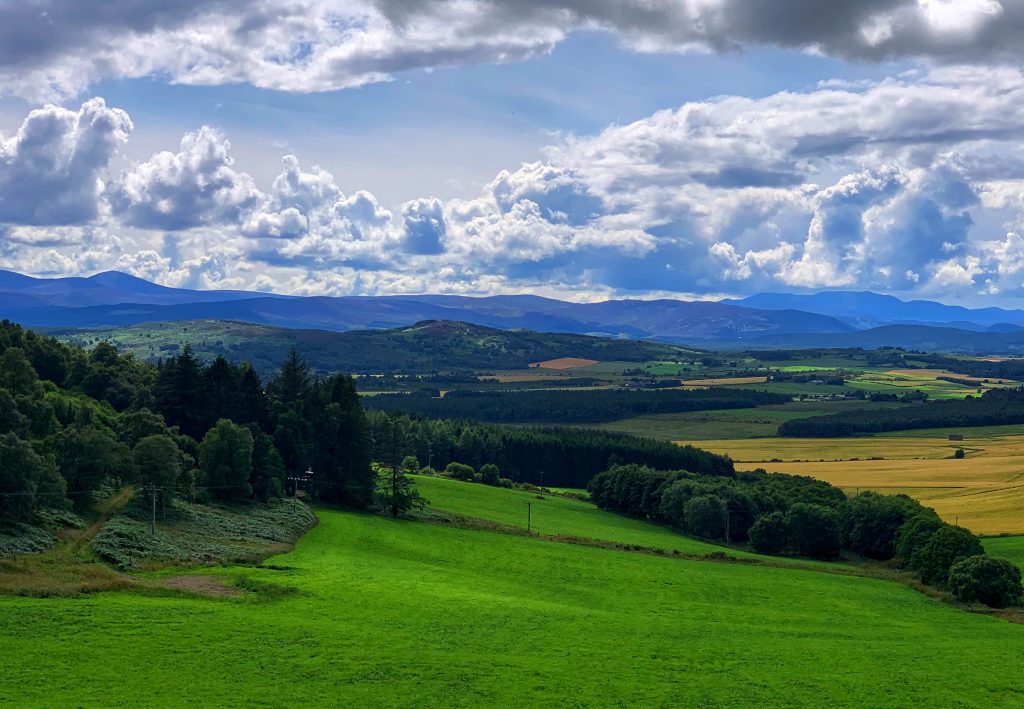 Not too far from Craigievar Castle, you have the Queen’s View. As the Prince of Wales’ favourite view, he told Country Life Magazine; “I have known this spectacular view all my life and never tire of seeing it again, there seems to be a perfect balance in the broad sweep of the Howe of Cromar, with its patchwork of small farms and woodland, leading the eye gently up to the summit of Lochnagar, 20 miles or more away.” 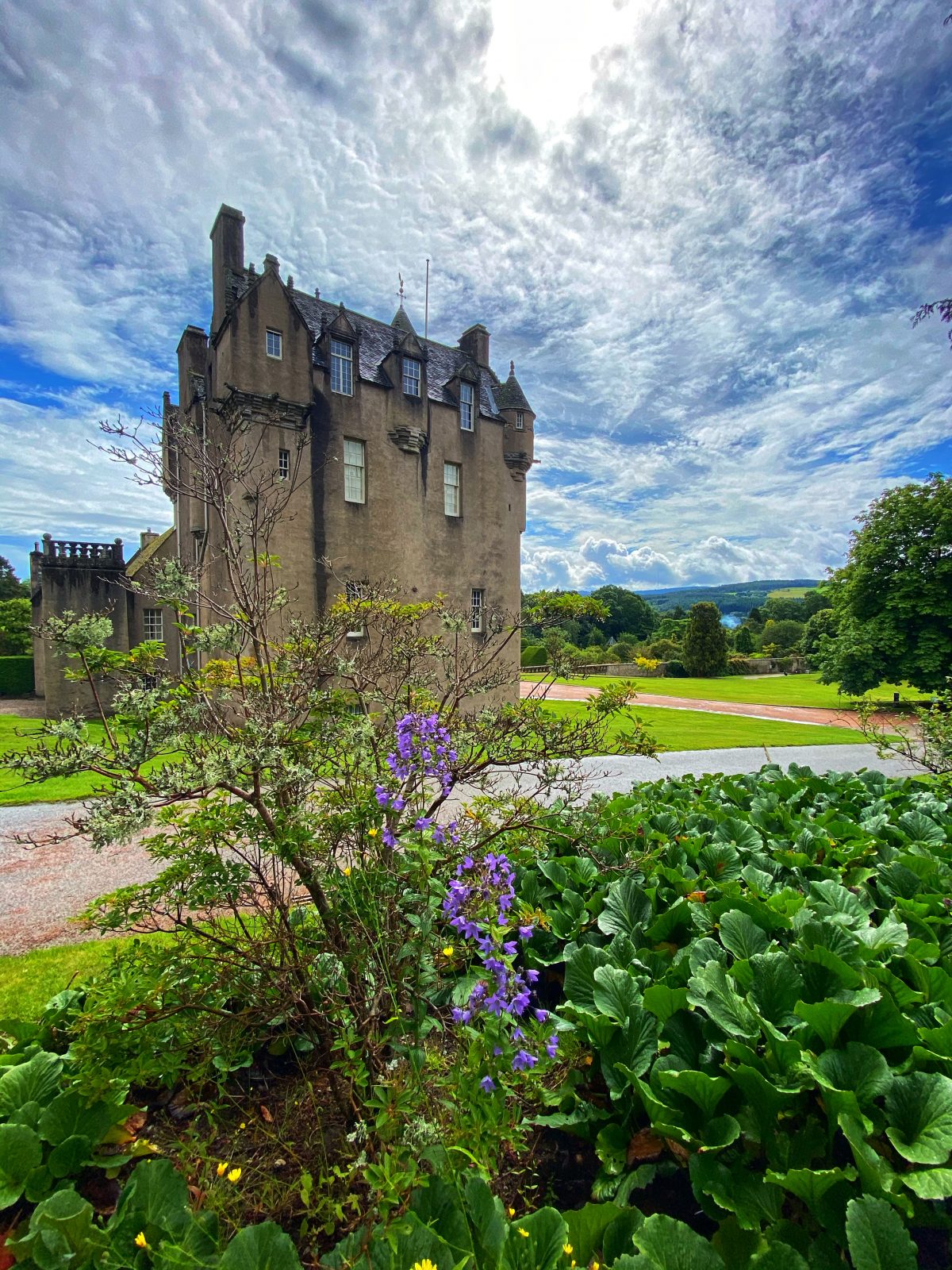 Crathes Castle is near Banchory in Royal Deeside. The Burnett Family held Crathes Castle for nearly 400 years. Imagine holding a castle for that long, your arms would be killing ya! For real though, this castle is an old ‘een. Work began on the castle in 1553, following heaps of political problems with Mary Queen of Scots. Have you noticed that she keeps popping up? Between way back then, and now, there have been various extensions, a fire and probably new curtains. But I know you want to know the real craic. So, of course, I’m going to tell you about the ghosties. The most notable ghost of Crathes Castle is the green lady. I should also mention that many Scottish castles have a green lady. They aren’t all the same lady, they all just seem to appear in green. 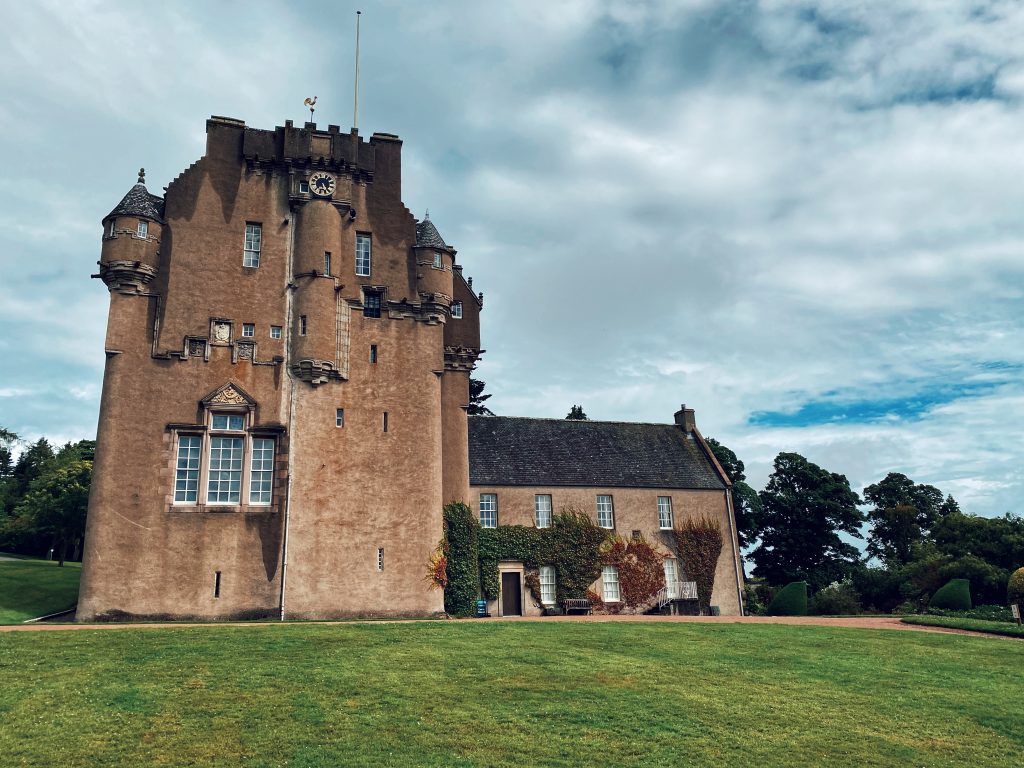 Initially, folk thought that the green lady was the spirit of a servant who got shifty with a member of the Burnett family, much to the disgust of the time. So, she ran away. But why would she come back to haunt the place, eh, eh? Well, here is the “real” story… In the 1800s, when the castle was being renovated (new curtains, see?), it is said that skeletal remains of a woman and the baby were found in the hearth of a fireplace. I’m not putting two and two together, you are. 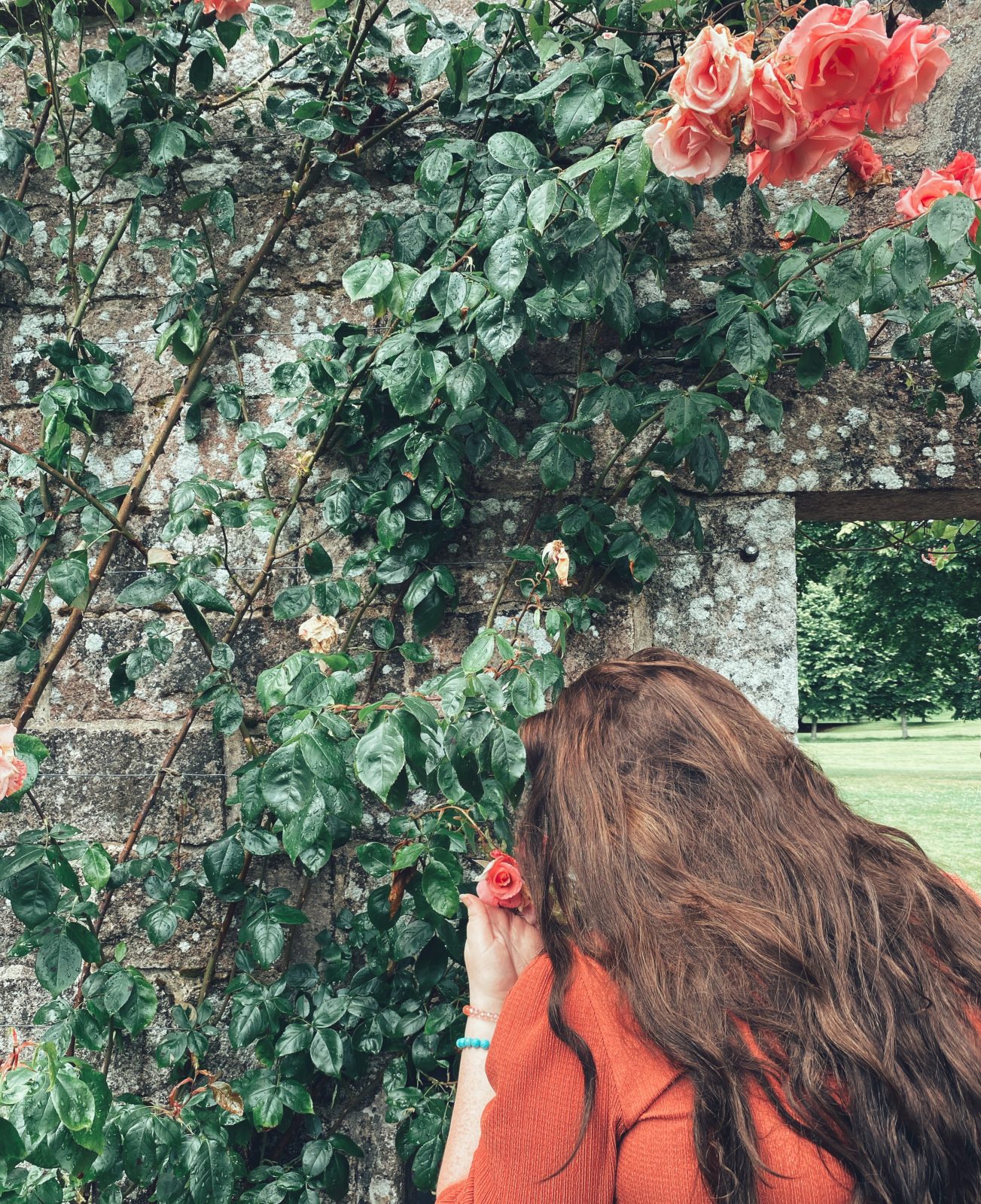 The gardens at Crathes Castle are low-key phenomenal. Remember the scene from Alice in Wonderland’s Golden Afternoon? Well, before the song turned sinister and it was all just pretty flowers and lilting melodies, that is what the Crathes Castle gardens are like. You wouldn’t look out of place carrying off a ballad and a basket full of apples. 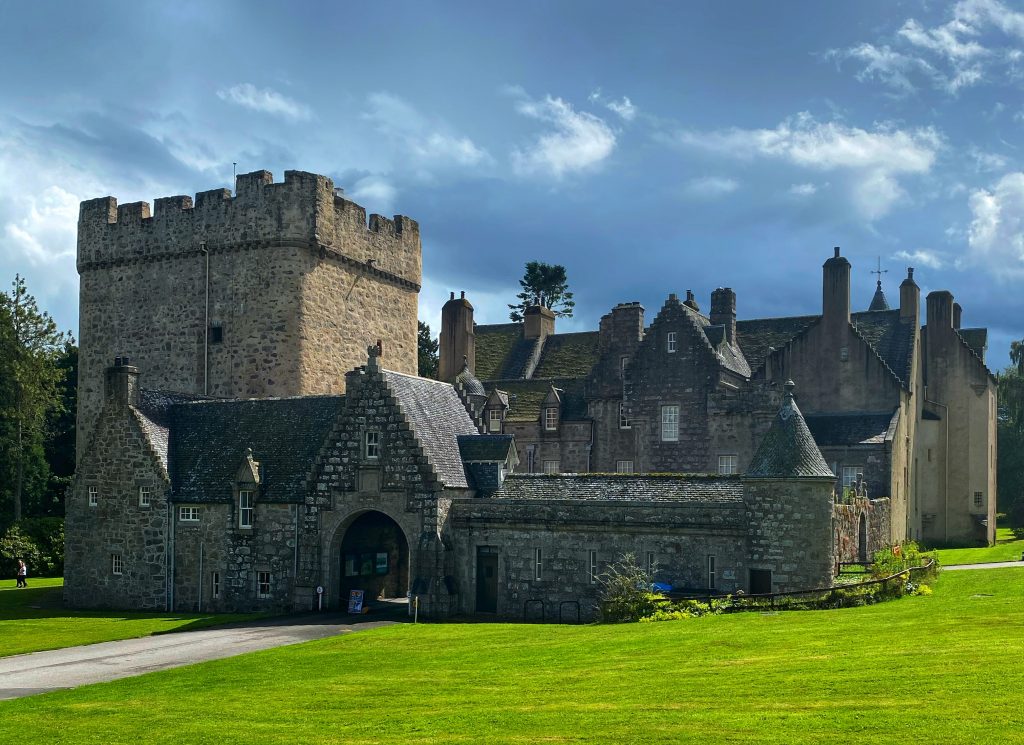 Derived from Gaelic, ‘Drum’ means “ridge.” You thought Crathes was old? Meet Drum. The original tower of Drum Castle dates back to the 13th century and is thought to have been built by Richard Cementarius who built the Bridge of Don in Old Aberdeen. Thumbs up for keeping things local. The castle and its grounds were granted to William de Irwyn in 1325 by King Robert the Bruce because William was neighbours with Robert the Bruce and was also Bruce’s secretary. Another thumbs up for keeping things in the neighbourhood. *Hangs out washing whilst watching neighbours in anticipation of granted castles.* 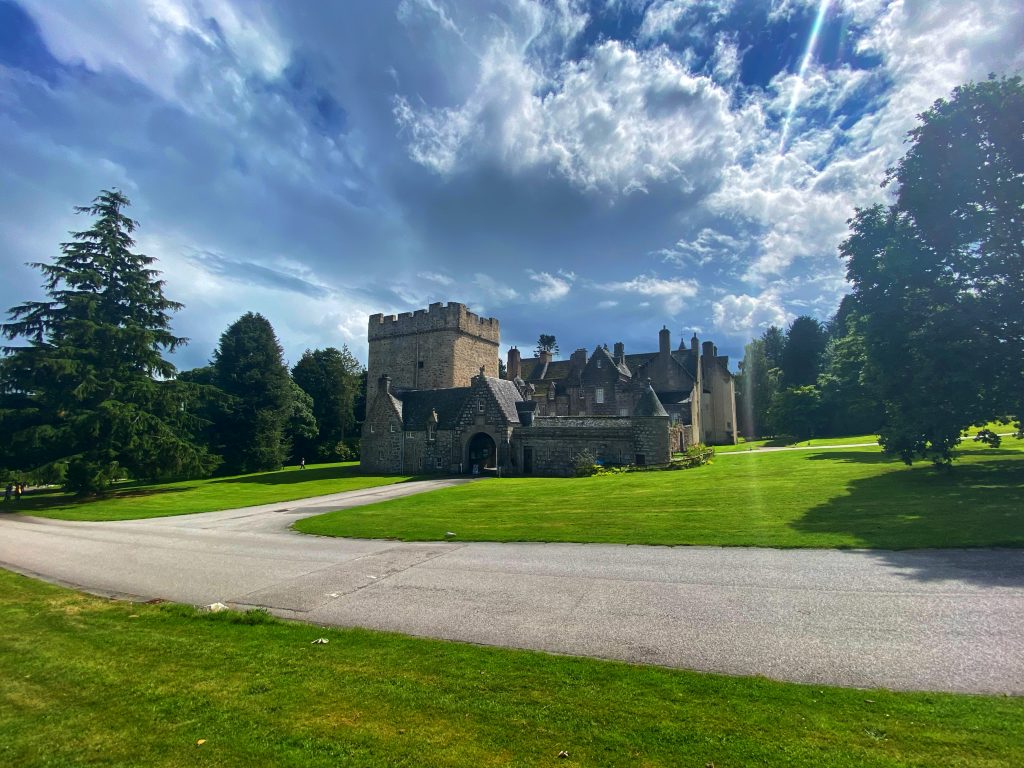 The tower house is believed to be one of the oldest in Scotland. It’s unaltered and totes medieval. You can go in it and climb the staircase to the top. The views are phenomenal, the stairs are totally fun and games and the whole thing is kinda eerie. But the coolest eerie there ever was. The original house was enlarged with a Jacobean Mansion in 1619. Nowadays, nobody lives in Drum Castle except ghosts. And maybe the gardener. Can neither confirm nor deny either. 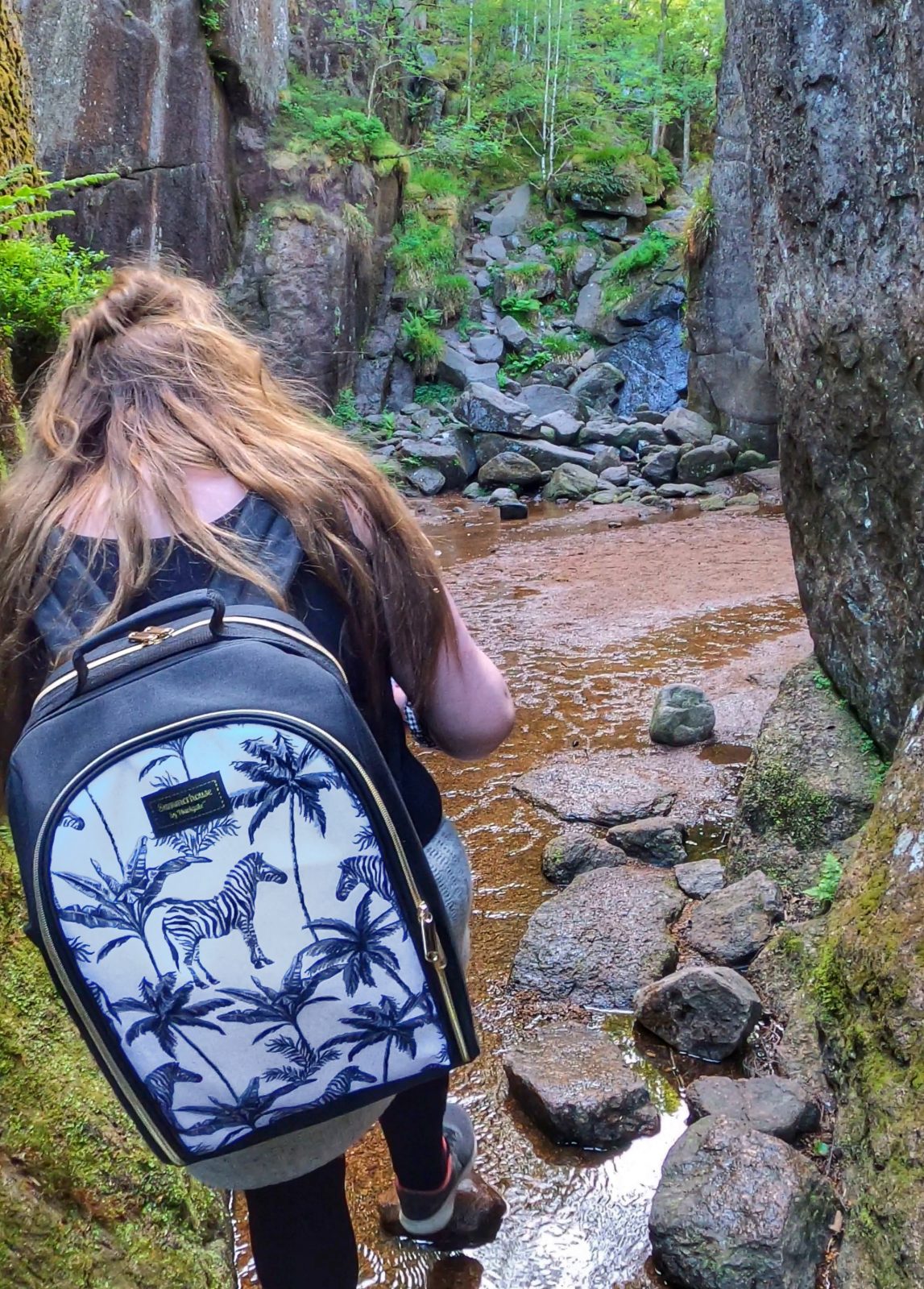 Burn O’Vat is one of the coolest places in Scotland. Ever. And one of the best things to do in Royal Deeside. Located in the Muir of Dinnet National Nature Reserve, Burn O’Vat is a glacial pothole which was formed between 12,000 and 14,000 years ago. It is in an unassuming location at the end of a gentle stroll through the woods. But once you get to it, and climb through the narrow cave, The Vat is completely mesmerising. Beautiful waterfalls, the sounds of the birds twittering away and in the summer, shaded by the colourful trees which lean over from above. 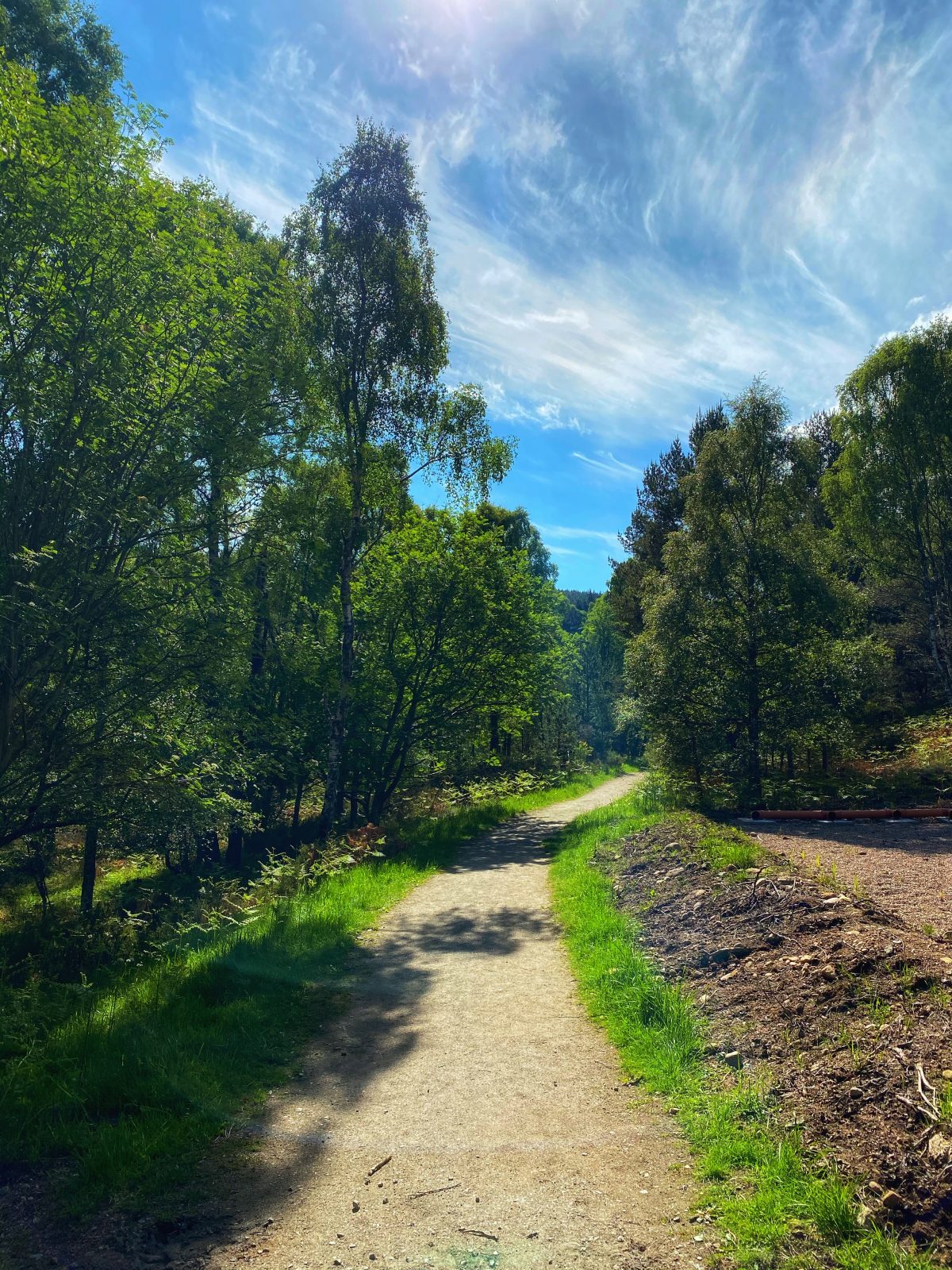 Myth has it that Scottish Outlaw Rob Roy Macgregor took sanctuary here. Unproven. But why let fact get in the way of a good story? Although Rob was never proven to have been here, 17th-century bandit Patrick Gilroy Macgregor used it as a hideout. Nae a chance of using it as a hideout nowadays. I tried. And he found me. Aye, not the bandit, but my other half. I wanted to stay and be a waterfall princess, but he wanted to go to the Banchory Lodge for a slap-up meal. Darn. 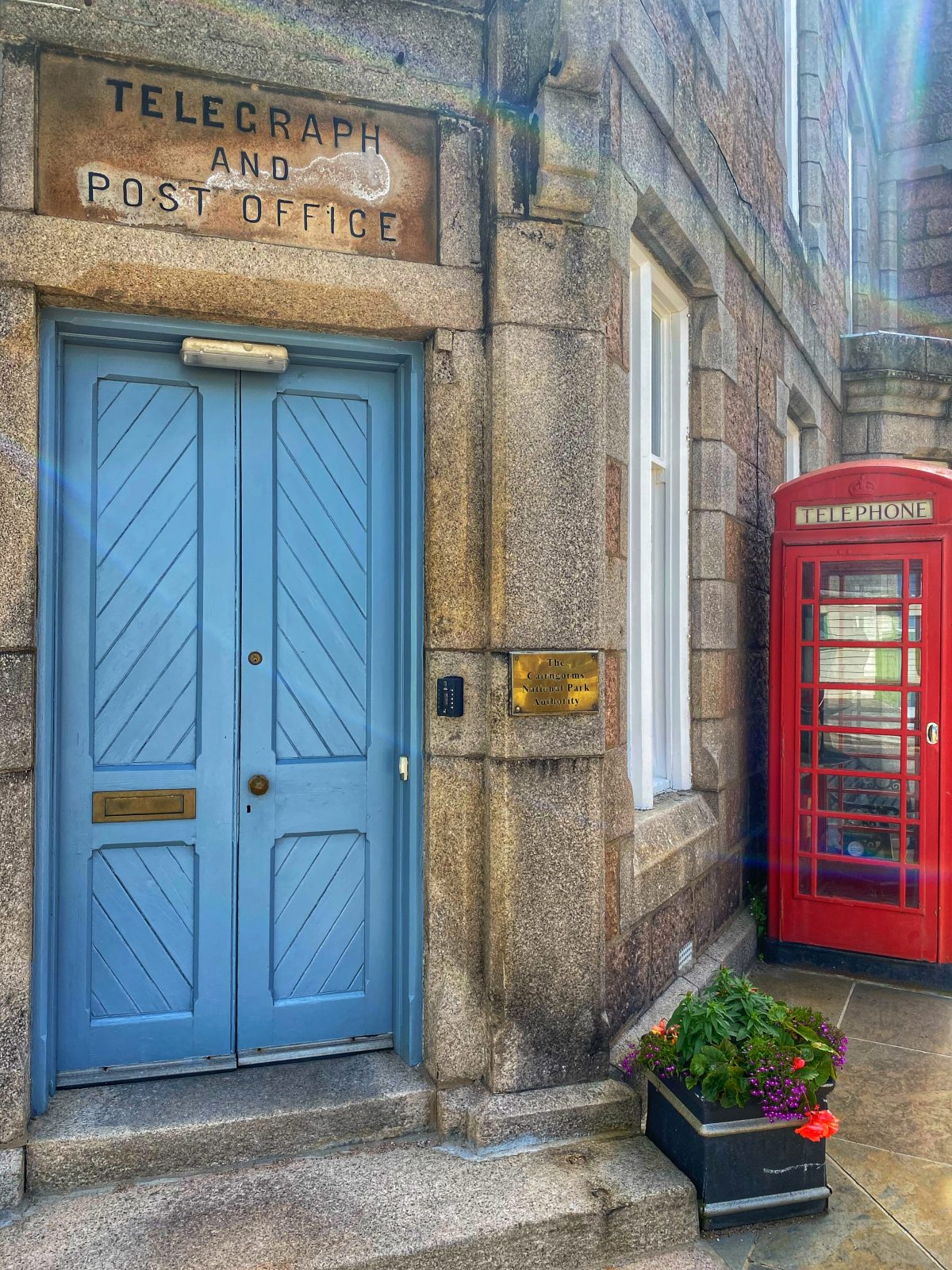 Who knew that less than an hour away from Aberdeen lies the cutesy wee Victorian village of Ballater? We are talking adorable little book shops and delis, art galleries and plentiful historic buildings. 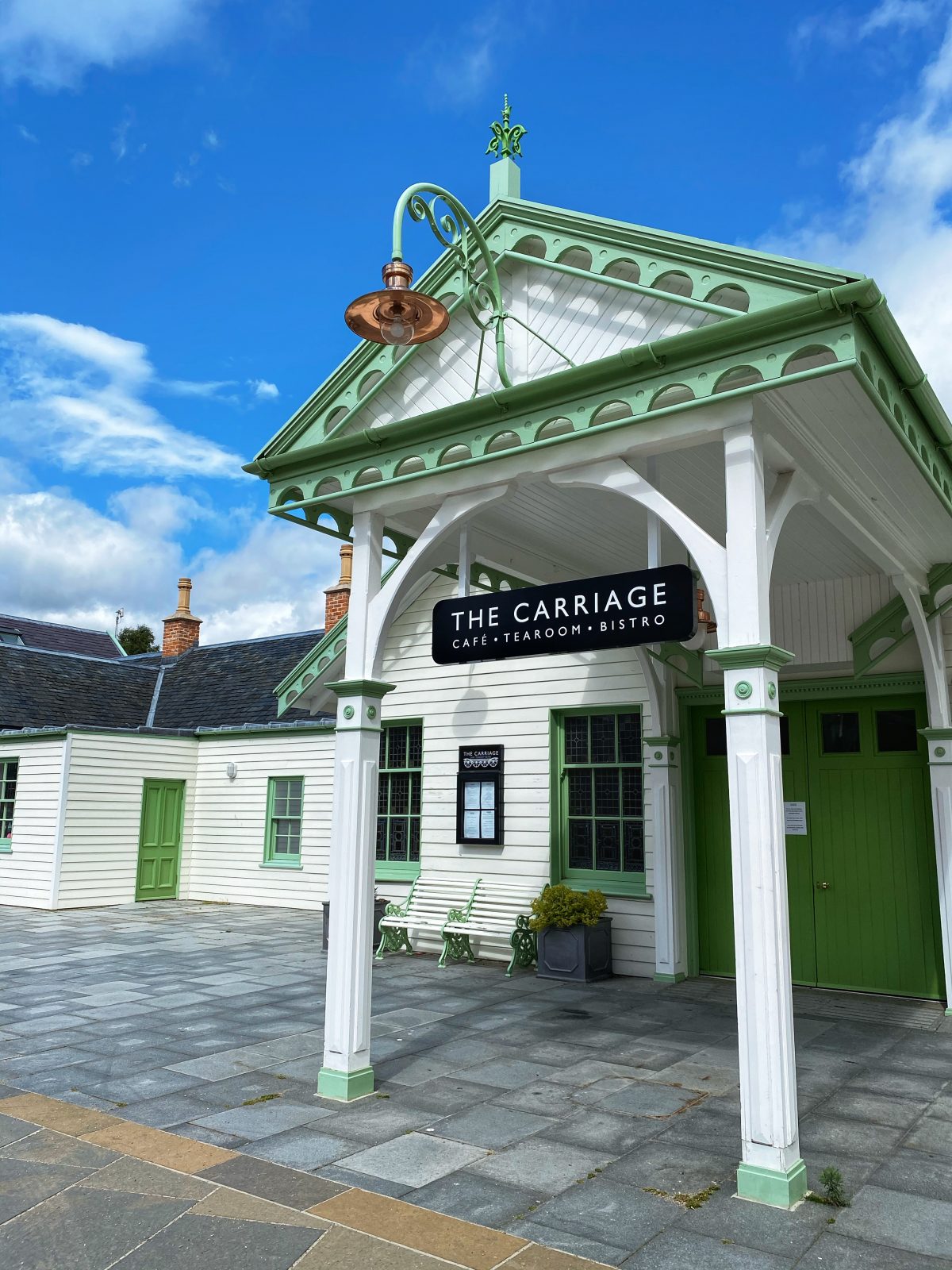 There is even the Old Royal Station. Although the station is no longer in use, you can visit and grab a hearty lunch at The Carriage restaurant. Aptly named, naw? During a recent trip, we stopped at Shorty’s for a banana and butterscotch ice-cream, as recommended by one of our Banchory-local insta-pals. Jill, if you’re reading this, good shout! 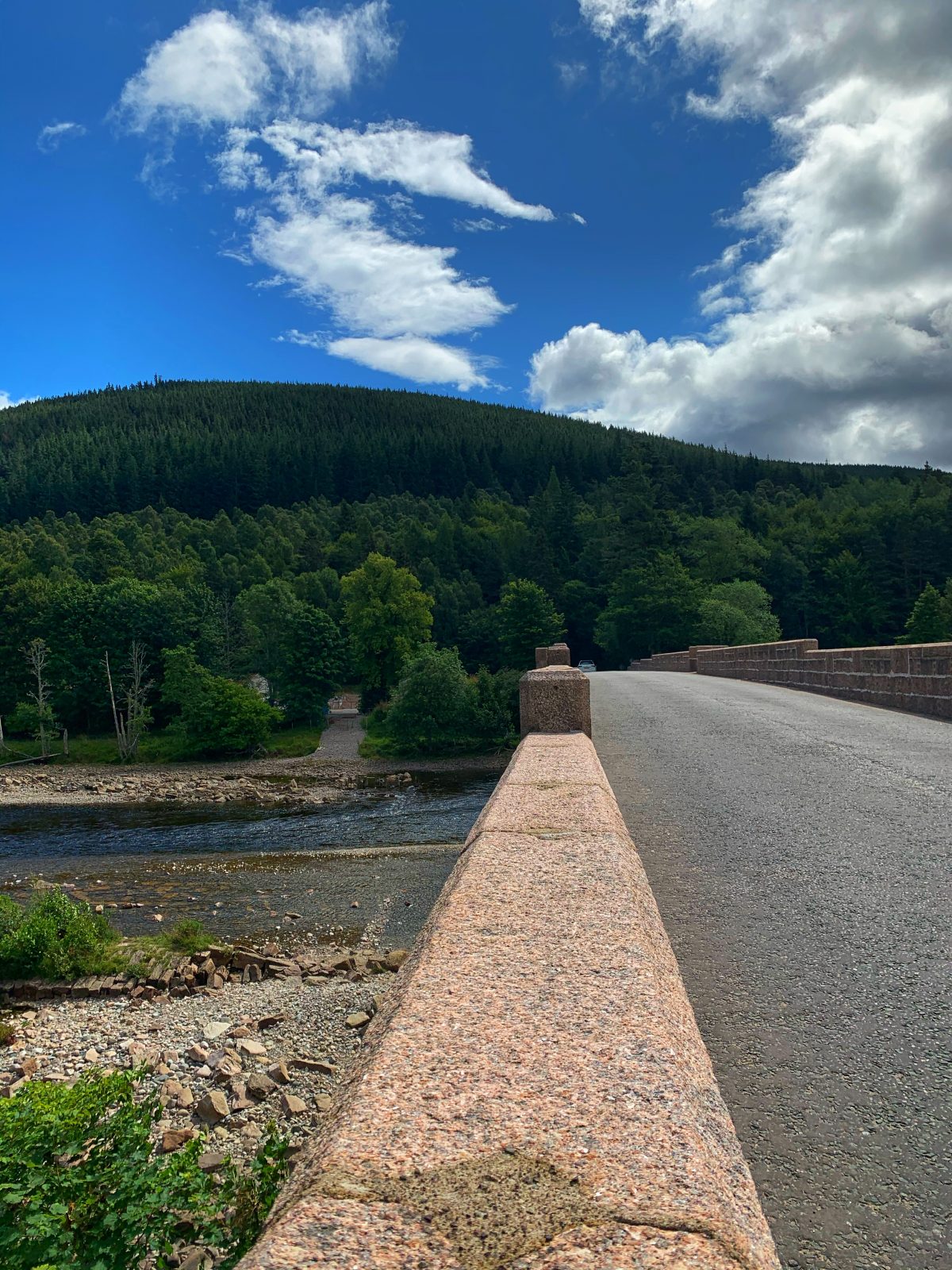 We are keen to do more exploring in Ballater and the surrounding areas as there are so many things to do in Royal Deeside. I feel like we’ve barely scratched the surface. I hear there is good fishing on the River Dee and although I have yet to try the slippery activity, it is definitely on my Aye-Do List. Side note: Don’t get trout and about with a rod until you have spoken to the fish guys about a permit. You need one to fish anywhere on the River Dee. 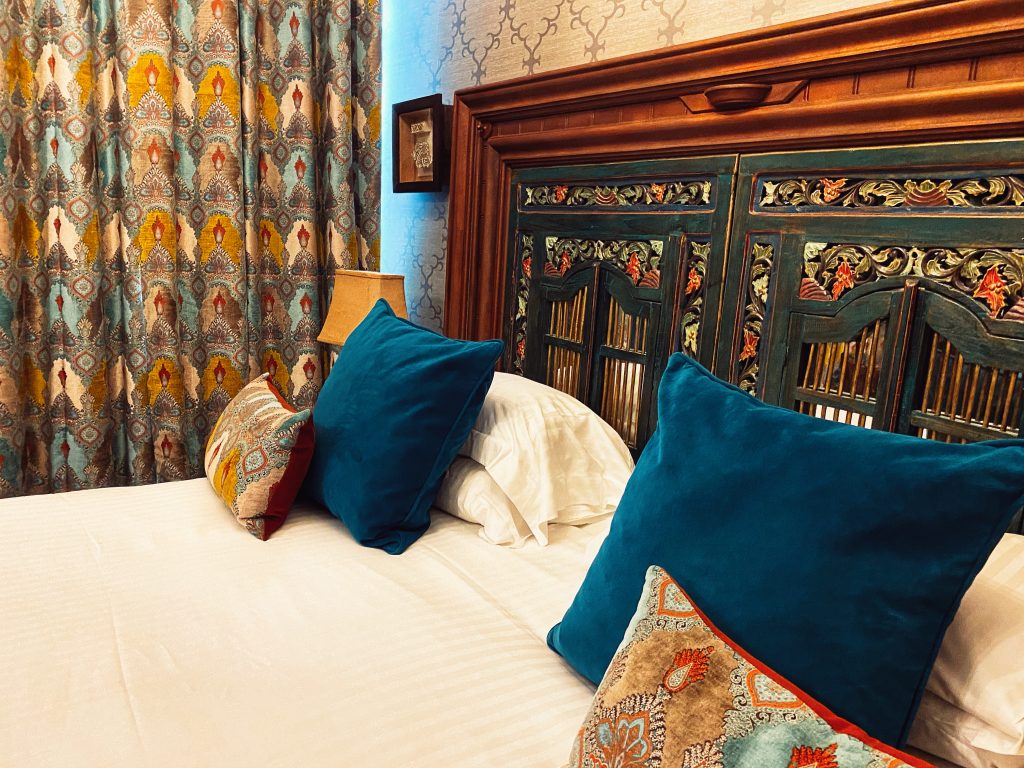 You literally could not get a better location for a lodge in Royal Deeside. We were really quite taken by Banchory Lodge during our stay. The gin helped. Perhaps a Banchor-Aye wedding on the cards? Who knows. With its position on the River Dee and extensive gardens, the Lodge is a lovely place to sit outside on a Summer’s evening. The interior is richly Scottish, sprinkled with tartan but with satisfying bursts of bright oranges and yellows. Our room was extremely comfortable, spacious and luxurious. The staff were extremely friendly and couldn’t do enough to help. 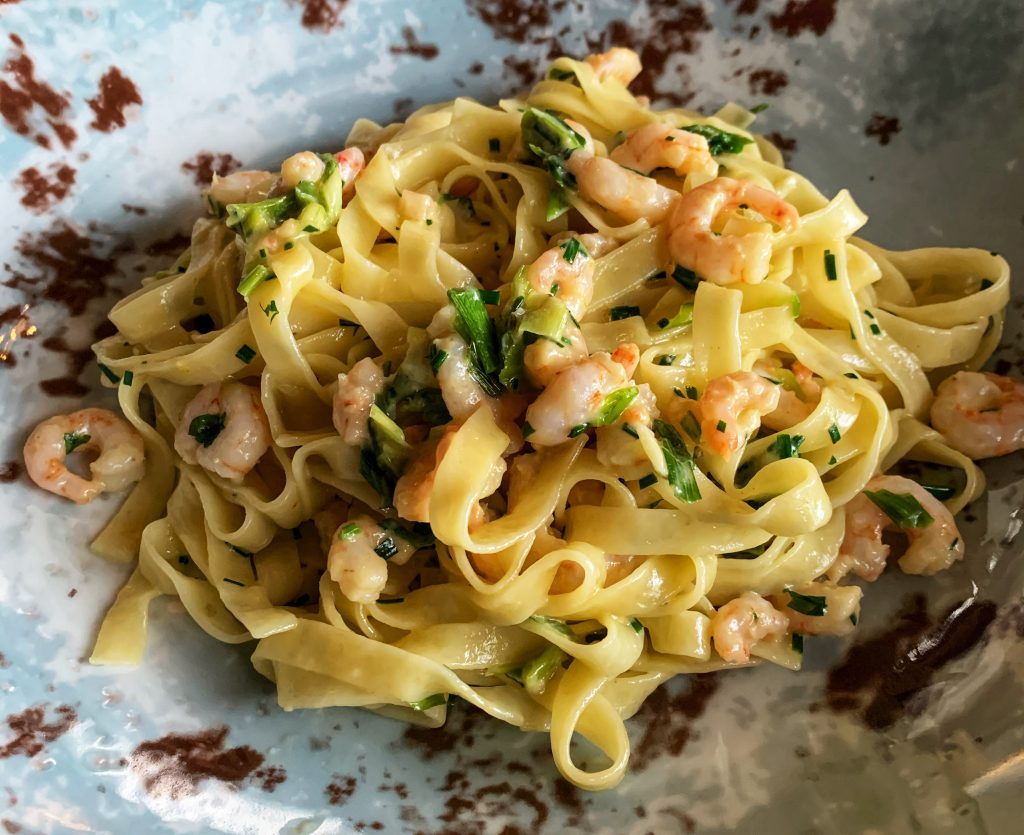 The restaurant, which is deserving of its own post, provided some of the finest eating we have experienced in the area. Considering Aberdeenshire is a heartened Scottish larder, this is no mean feat. 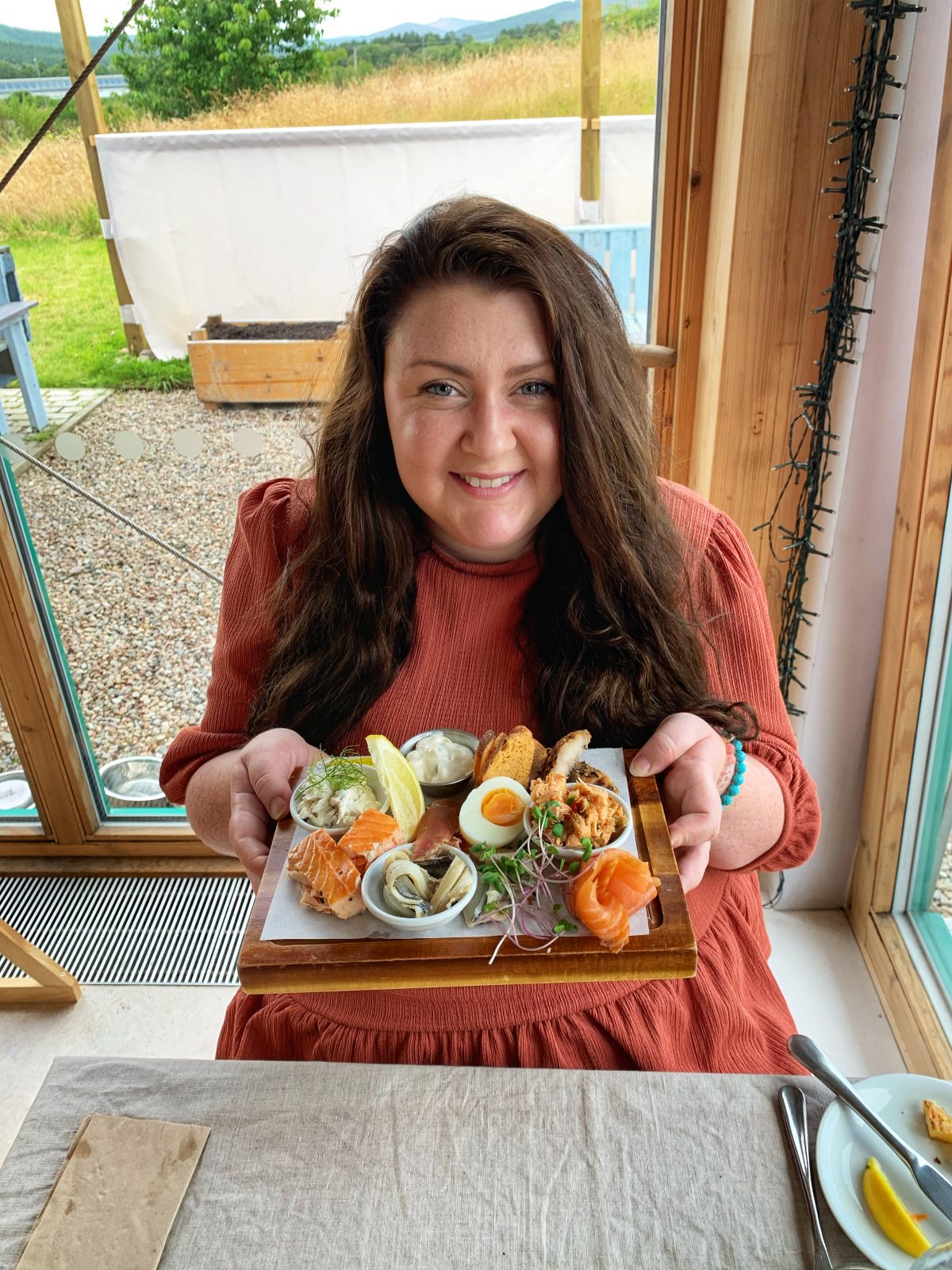 If you are looking for somewhere to lunch in Royal Deeside, we recently stopped by the Buchanan Bistro in Banchory, for a two-course superfood extravaganza. We had previously worked away from home for almost a fortnight, eating conveniently and definitely not the healthiest (think pizza and BBQ burgers), so the Buchanan Bistro was a welcome change. Between a hearty coastal platter, a flavoursome risotto and salad picked from the bistros own wild garden, we left glowing. 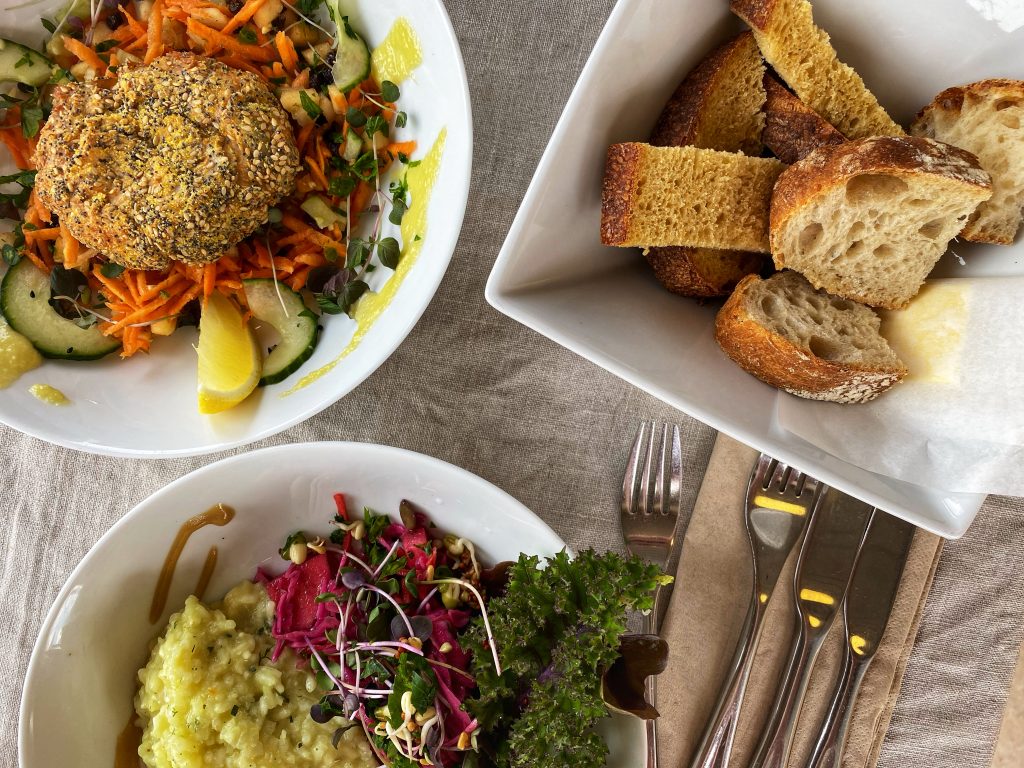 The staff were lovely, many of them had a glorious tan, which in Scotland, is pretty impressive stuff. They put our sporadic sunburn to shame. 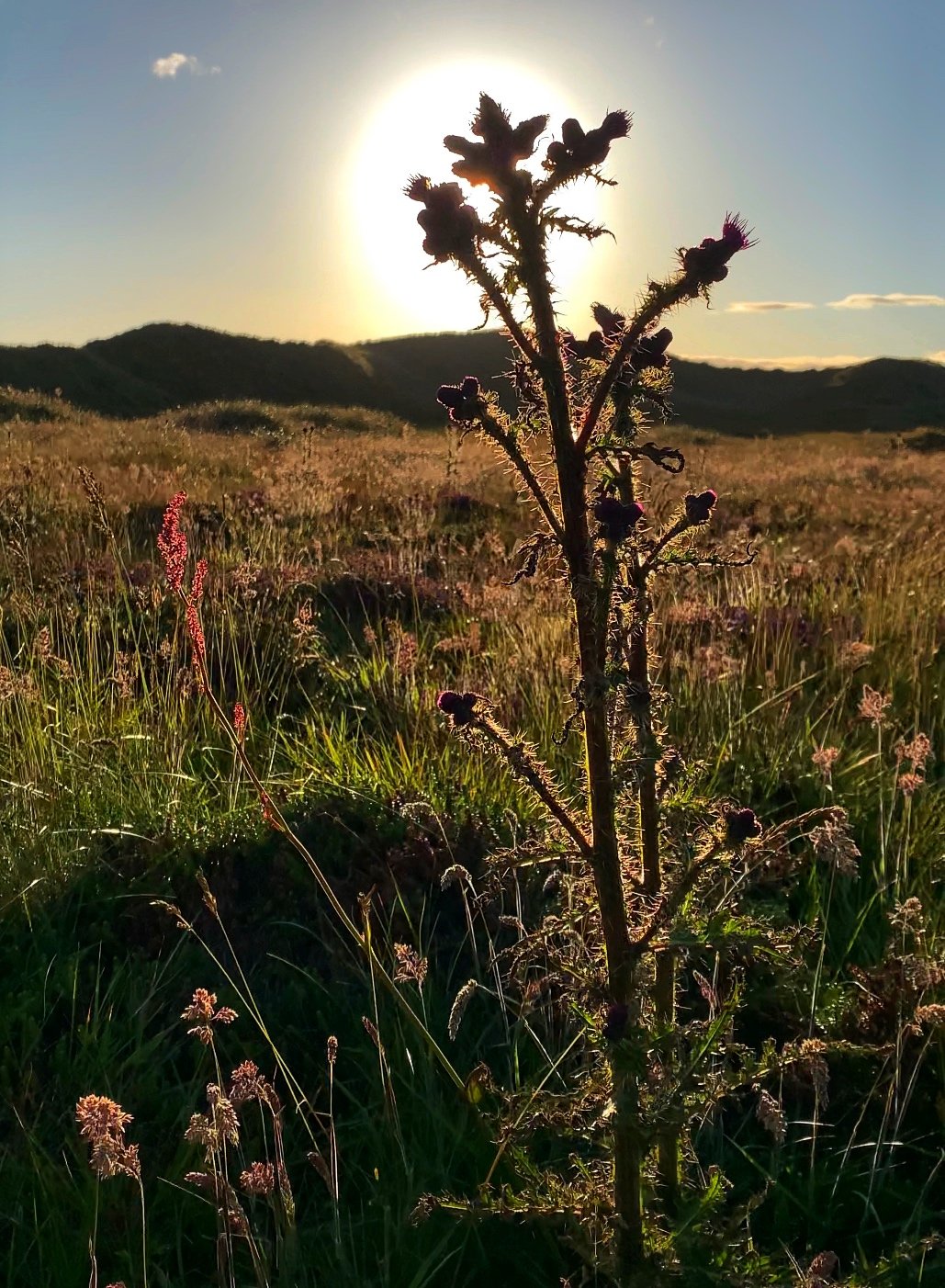 What better time than the present to explore your home turf? Local businesses have had a hard slog during the mass lockdown of 2020. Local businesses need our support. Why not make this years weekend away, or holiday, a Scottish staycation? We’ve been doing Scottish staycations for years now and if I could bottle the feelings we get when we explore the beauty of our home country, I would send you all a sample. To plan your own royal escapades and to find more things to do in Royal Deeside, head to the Visit Aberdeenshire website.

Please be mindful of the current COVID-19 government guidance. Maintaining social distancing, wearing face masks and sanitising can help you keep you safe and help our lovely wee Shire keep on, keepin’ on.

PrevPreviousCOVID-19: Know the FACTS and Stick with it Scotland!
Next3 Necessary car checks before you leave for a road tripNext