You could say we were lucky to be invited to such an exclusive event themed around Dundee’s much-anticipated V&A building, but don’t we make our own luck? Pzazz, a dreamy runway and a cocktail named Victoria. It’s like they knew we were coming. I was sold. 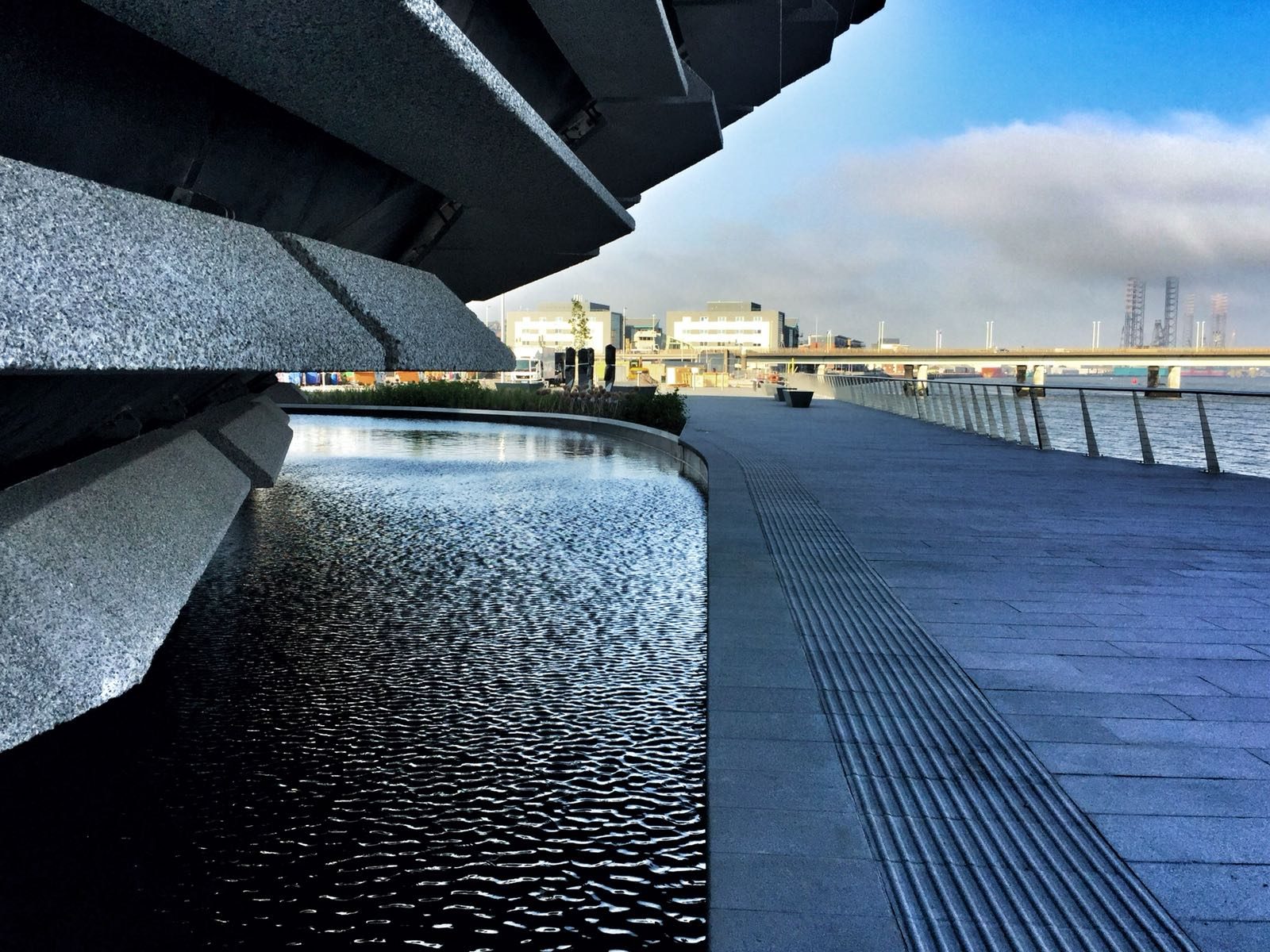 The £80.1 million V&A building has been 10 years in the making and will finally celebrate it’s opening weekend on the 14th of September, with a 3D festival in which Primal Scream are head-lining. This isn’t just exciting news for Dundee, but the UK as a whole. The design museum aims to encourage creativity and design inspo by displaying the importance of design. Tourism in the city and is set to explode and we couldn’t think of a city that deserves it more than Scotland’s dear Dundee.

Look at Me, Dundee

We felt very privileged to be taking part in an exterior tour of the V&A, all because we have a wee blog. It was way too exciting to slip behind the barriers which conceal Dundee’s biggest secrets.  First impressions speak volumes but I didn’t expect the V&A to leave such an impression on me. Something that seemed impossible 10 years ago has come to fruition, and I think many of us can relate. 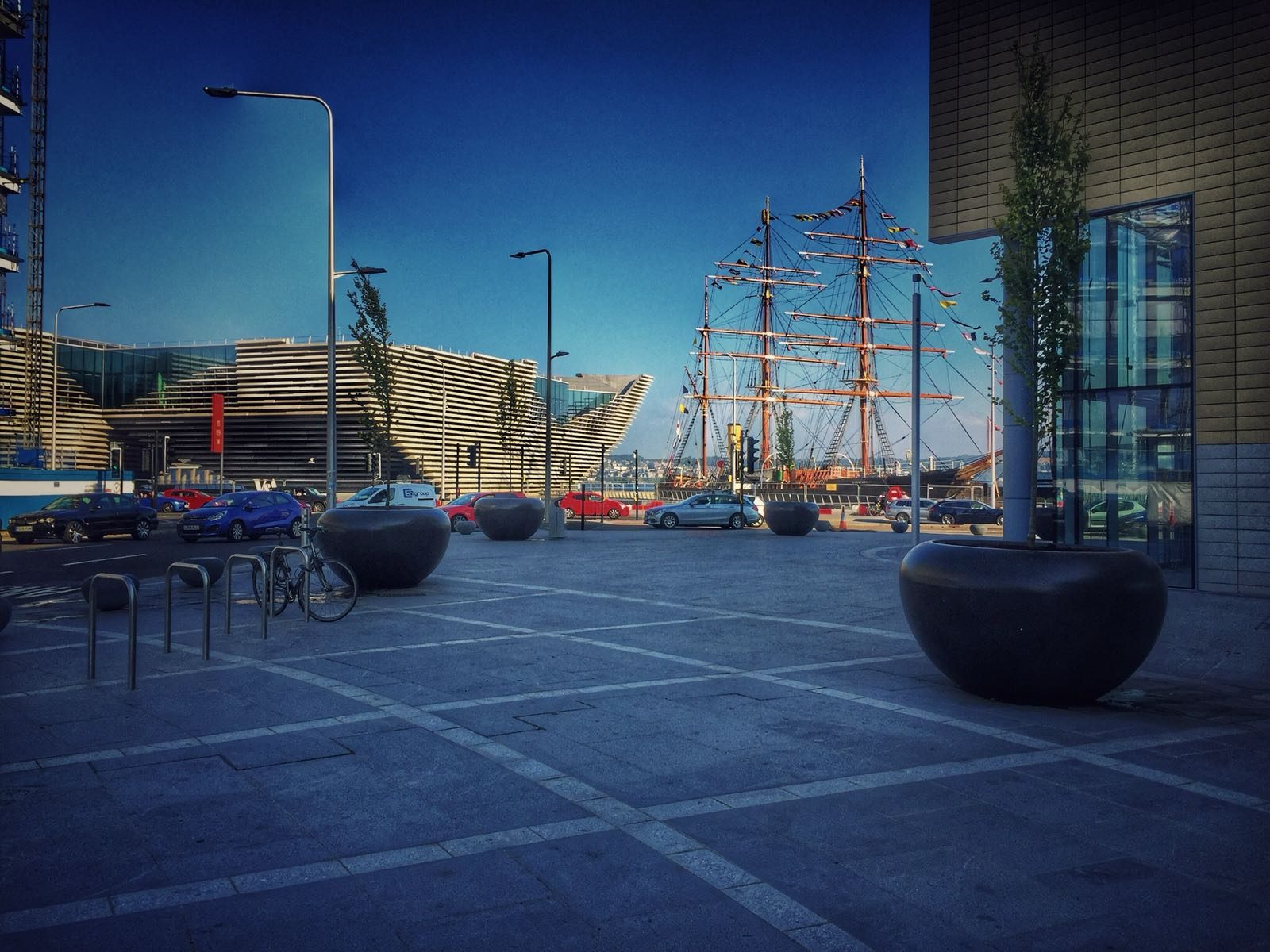 The V&A erupts out of it’s surroundings, confidently aware of it’s majesty. It’s massive, yet as modest as any Dundonian. Every aspect has been considered, including the detailed architecture, twists and turns and curvature of the building. The shallow waters which surround and entwine the V&A glitter in the sun, thanking it’s many contributors with a single look. A look of the future and a nod to designs encapsulating past.

The First, but not the Last 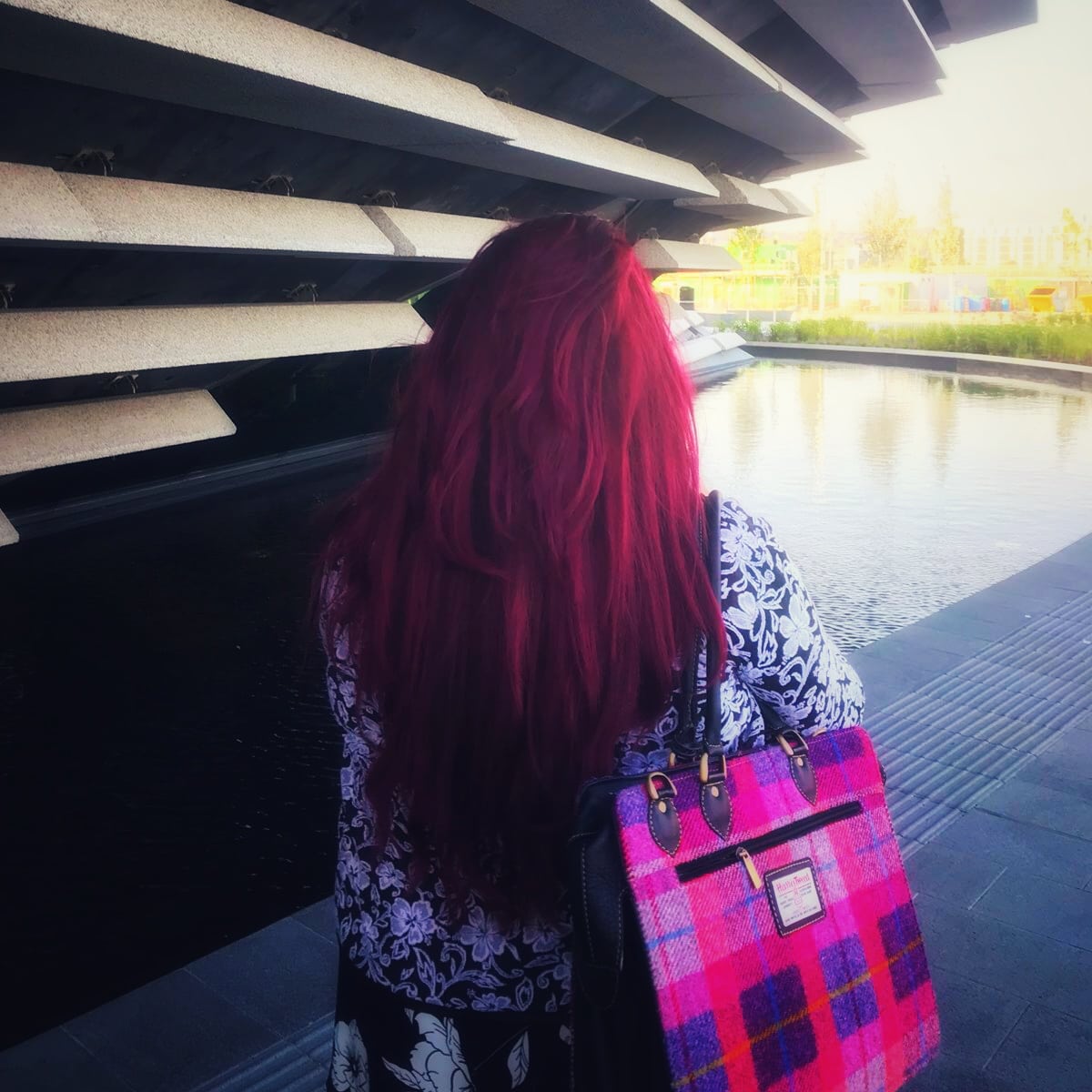 One of the first spectacles to grace the V&A halls will be the Ocean Liners exhibition. This will include a detailed wooden panel from the Titanic’s first class lounge and a Christian Dior suit as worn by Marlene Dietrich as she arrived in New York off the Queen Elizabeth in 1950.

And so the glamour ensures… We wandered round the V&A in the Summer sun, unsure of quite how to photograph the buildings grandeur. Enjoying the curious atmosphere was inspiring enough, what came next was the icing on the cherry. Our guide led us towards the building’s iconic arch, announcing that we would be the first to walk through. In this case, we were lucky to become part of history. We may have been the first but we were by no means, the last. 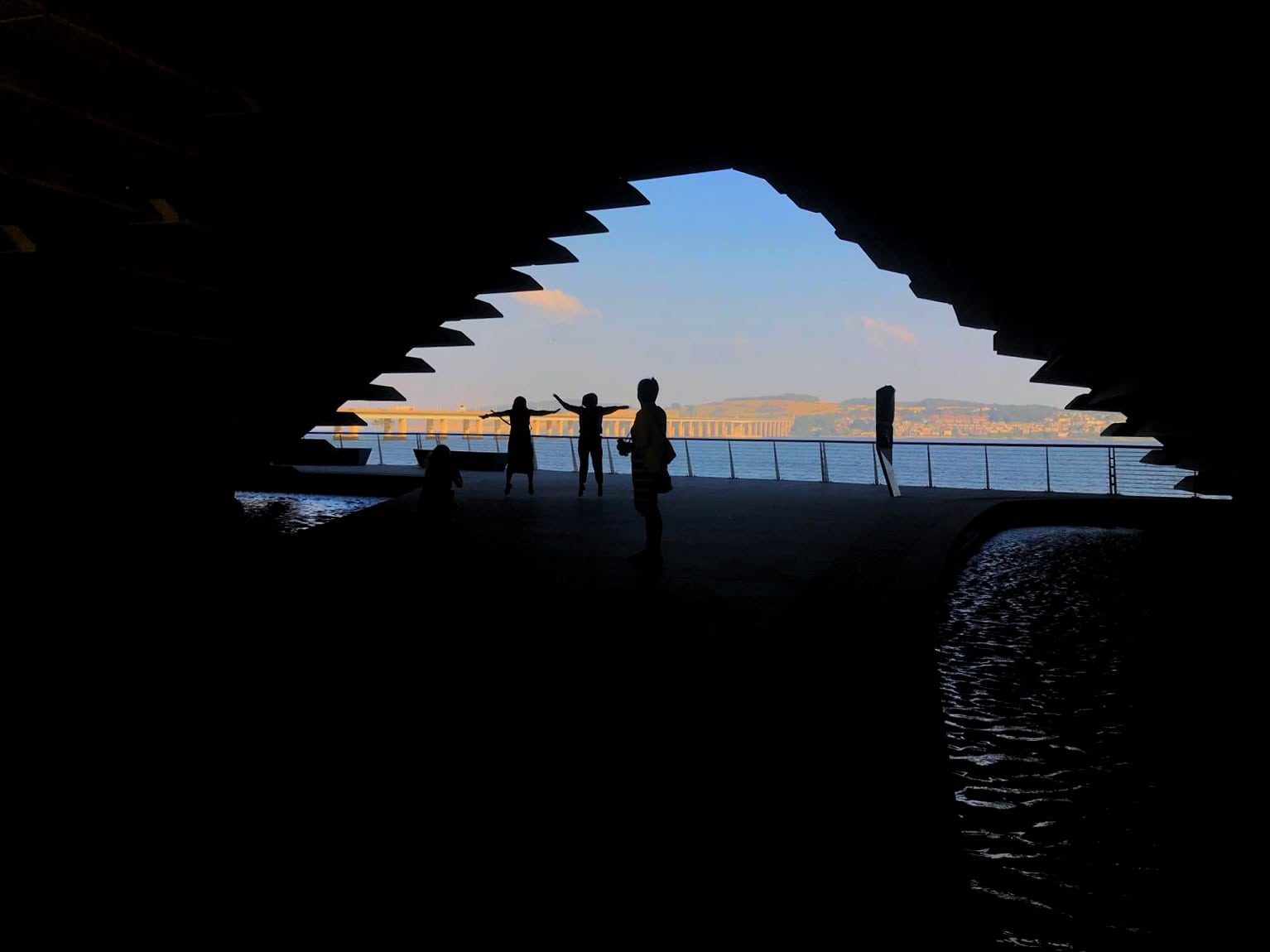 Firstly, does that not sound like the perfect evening? The Beano turns 80 this year and I am more than happy to celebrate with a gin boozer.

Once we arrived at the Apex reception, we enjoyed reception cocktails by Verdant Spirits and canapes by some chef who knows how to sweeten a berry. We then listened to a speech by Beano’s own Mike  Stirling which was inspiring and a little bit emotional (could of been the gin).

I arrived at the Apex as an Invernegian-come-Aberdonian and left feeling Dundonian. Consider yourself at home.