Munching at The Elphinstone Hotel in Biggar

Looking for restaurants in Biggar? Well, look no further my sweet candy-footed little feather-brains (that was a compliment) because as per usual, we’ve been eating out so that you don’t have to waste pennies on crap scran. We were in Biggar for the night and on a scale of 1 to “I’m so far South, I don’t know where I am,” we were far away enough from Aberdeen to class this as a “holiday.” We ate oot at The Elphinstone Hotel in the town centre during our trip and well, I’m nae saying it was the best scran in Biggar… But I’m nae NAE saying that either. What was on the menu, I hear you call… 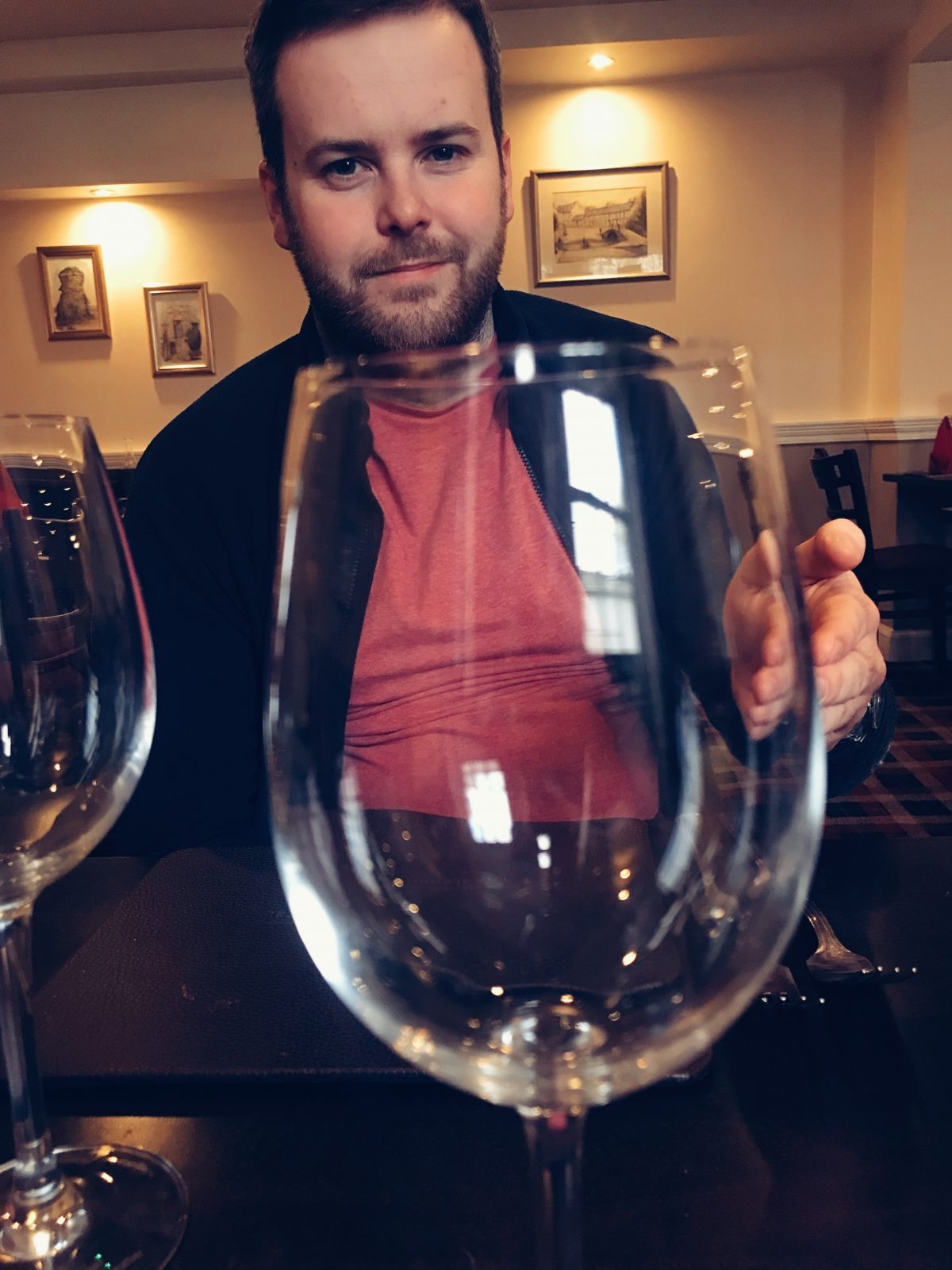 Not just black pudding. But an awful lot of black pudding. We noticed this whilst we sat above the restaurant in our room pre-planning supper (it’s sad but it’s also our favourite hobby). The King was hangry or “haging” (hangry and raging) and kept humming and hawing over what to eat. And during his million dollar decision, he mentioned black pudding many times. I love black pudding. There wasn’t much explanation about the great Lanarkshire love for black pudding. We just assumed that we were so far South that every farm in a 25-mile radius must be mad into making black pudding for Biggar. And you better bet I eat all the black pudding. And I get it. If I had black puddings like that growing on my farm, I’d be pumping them into Biggar too.

Are you squidding me? 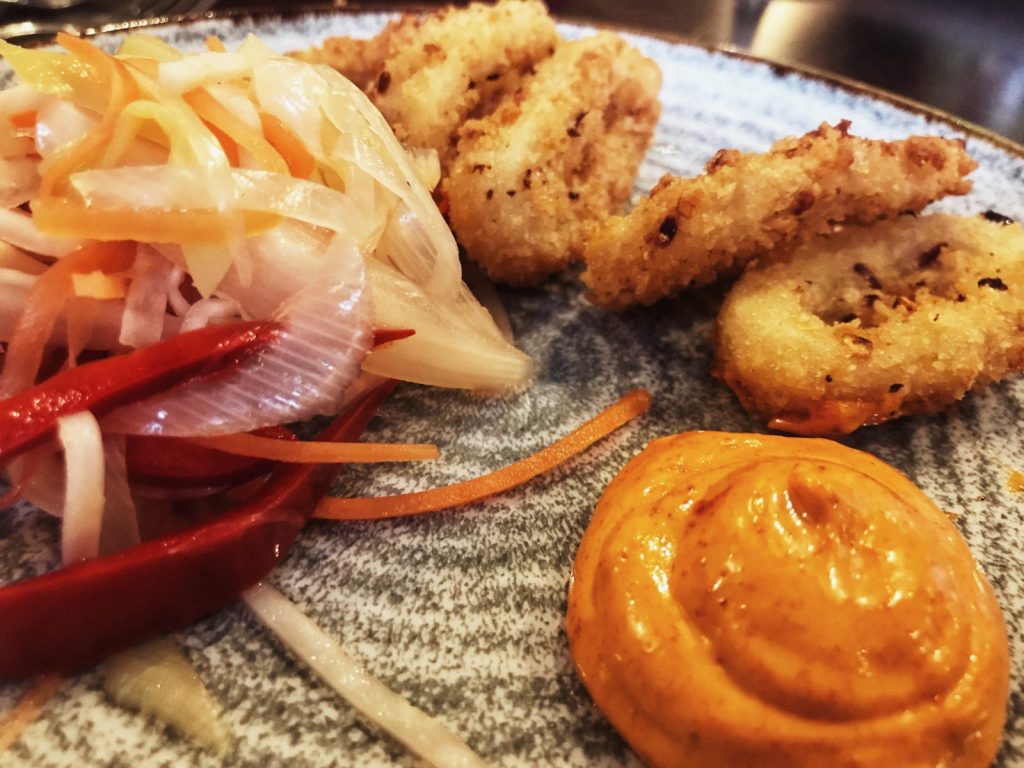 I used to think calamari was terrifying. Not the batter bit because I’m never going to have a problem with batter. But the squid part used to freak me out. And if I think about it too much, squids still freak me out. But when food tastes like that, you need to get over it. And I did. And now I order calamari every time it’s on a menu. In fact, I should probably start a calamari comparison site. I’ve been places. This calamari? Champion. Paired with a paprika mayo and pickled veg? Aye. Did I eat the pickled veg? Naw. Course not. I gave it to himself and his breath was horrific for a good hour afterwards. Till I face-planted him into some Colgate. Worth it though? Aye. Tidy starter. 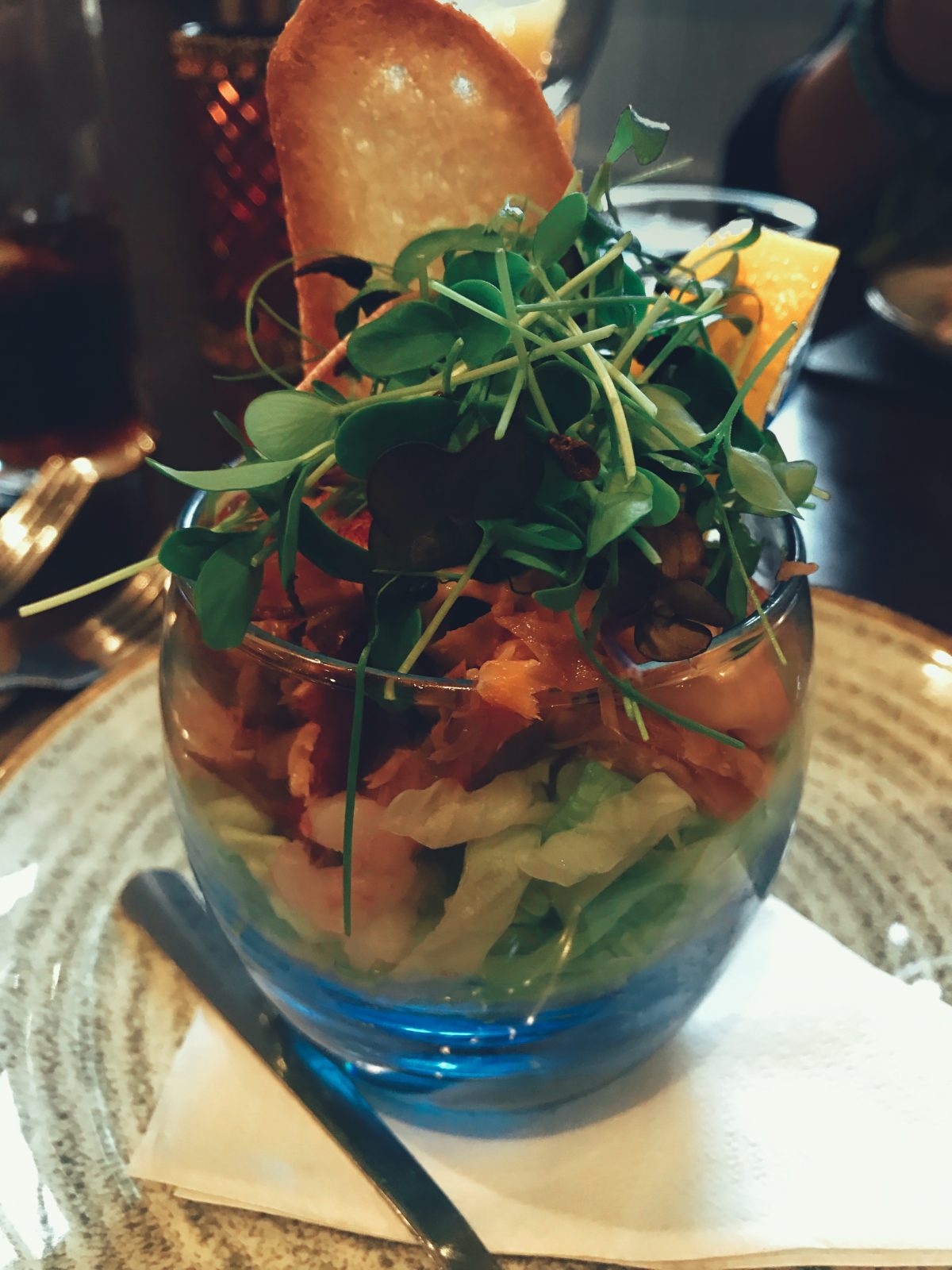 Aye 2.0 had a hot smoked salmon and prawn cocktail. And was very confused by this. He expected the smoked salmon to be hot, as in warm, but it arrived cold (like most smoked salmon), with a bit of a kick. I watched the penny drop, but it definitely took time. He mauled the starter but replaced his little gem lettuce with my pickled veg. Whilst I contemplated my distaste for most salad. 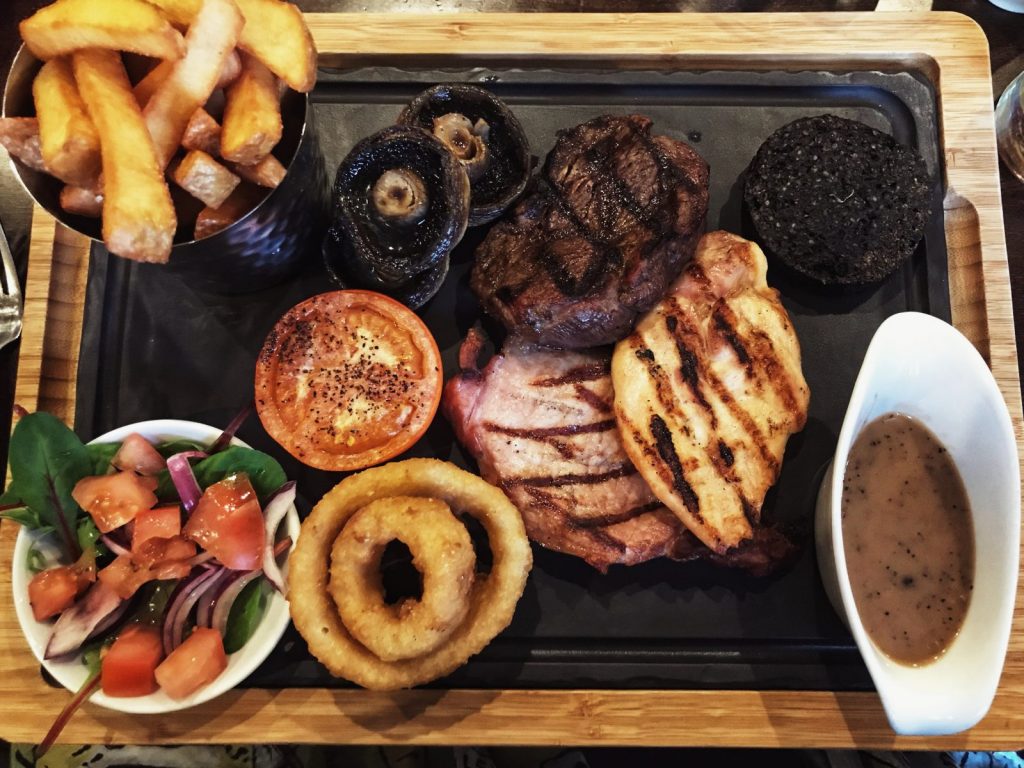 It doesn’t get much better than that. Grills grills grills came close though. I never order a mixed grill. But I also feel like there is no better test of a chefs ability than aptly timing many meats to perfection. And the chefs at The Elphinstone know a thing or two about meat… and black pudding. This was my first brush with the Biggar black and a memorable one at that. The peppercorn sauce which accompanied my mixed grill had a kick which was an unexpectedly pleasant garnish for my bacon steak. Nothing worse than drooling on your laptop eh? 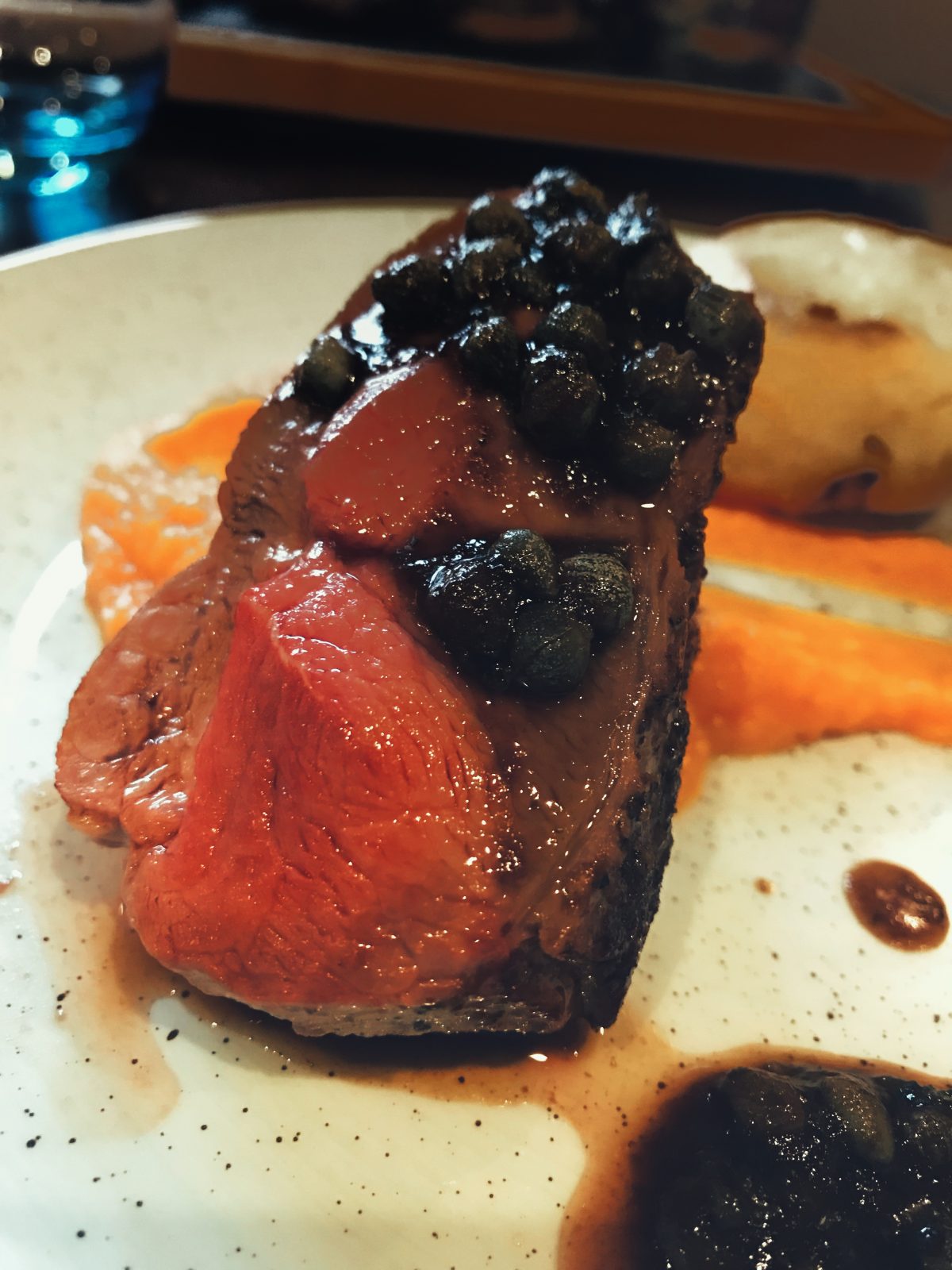 Himself had a lamb rump with capers, carrot puree and a potato fondant with mint gravy. And he did his usual. “Try this. Eat it all and you will love lamb and we will eat lamb all of the days.” And I tried it (massively out of character). It was tender and made with love (and lamb). Tasty and a future repeat offender methinks. 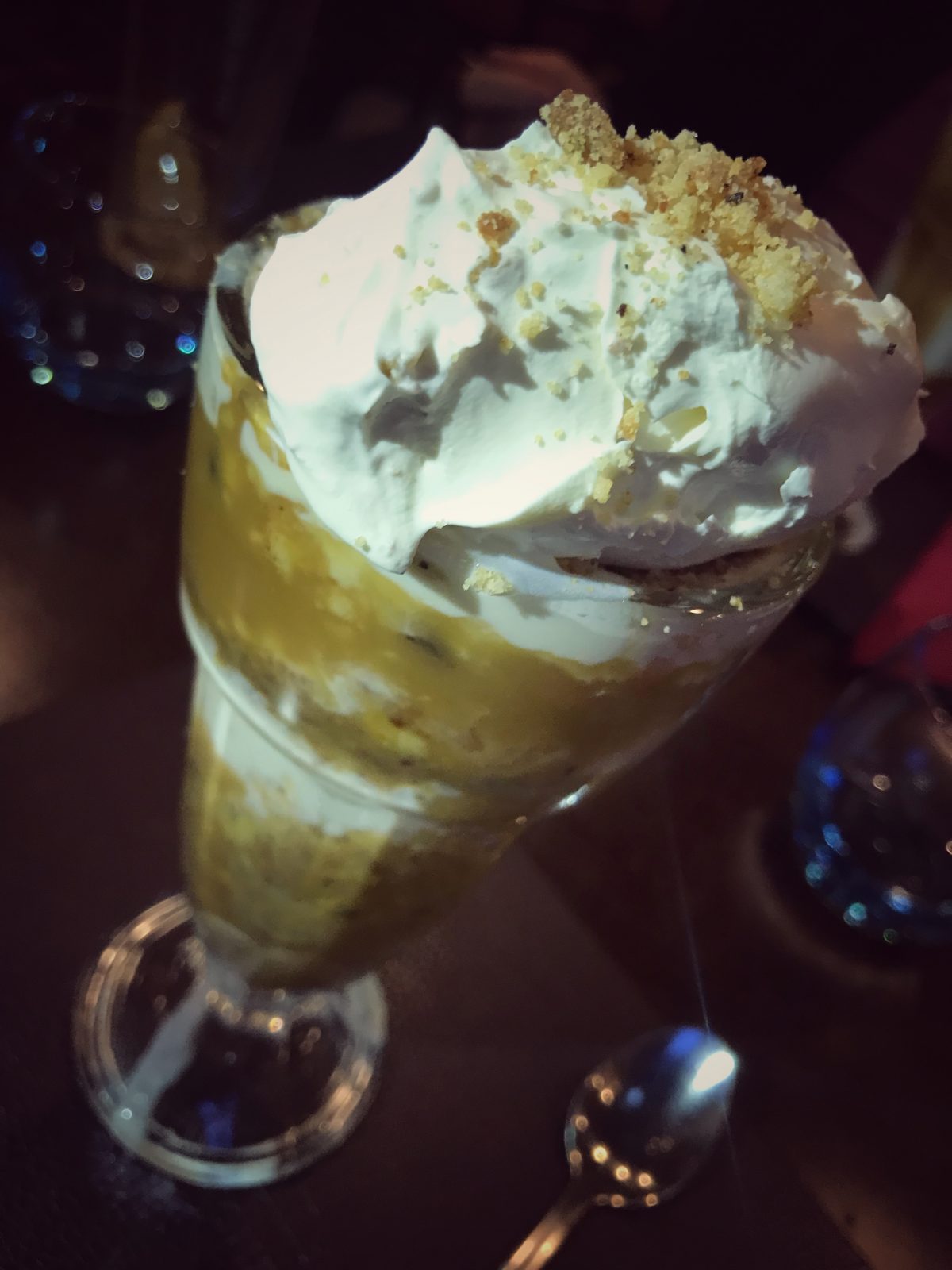 When it comes to puddin’ and you’re totally full and still trying to convince yourself that the calamari and mixed grill consumed previously was “totally healthy because they were just protein” and then the mother of all sticky toffee apple crumble sundaes arrives and you just think, “well, that’s the diet starting on Monday again.” Because it makes perfect sense to write off the rest of the week. Himself also sooked up a sundae. His was drizzled in Drambuie and was aptly named the ‘Rob Roy.’ Nom. Friendly service combined with a quacker of a supper? That’s the stuff. We retired back to our room up to our eyes in quality scran. You can also check out our Elphinstone Hotel review.

Get along to The Elphinstone for a good scran and here’s… to good Elph.

Our experience at The Elphinstone Hotel was gifted but as always, all opinions are our own.