Epic Stuff We Learned at The Scottish Lighthouse Museum

We live on the North East Coast in a wee village named Cruden Bay, near the Granite City of Faberdeen. We love our daily dog walks at the harbour, seal spotting at Newburgh beach and even the blasting our house takes from the North Sea in the Winter. But even though we are committed beach creeps, we had never actually checked out the local lighthouse-ery, even though it’s a massive contribution to our region’s heritage. And then there’s the whole “stopping ships becoming shipwrecks” thing. So we hopped into the car for a local wee road trip; The Scottish Lighthouse Museum followed by a fine wee lunch at The Peartree Coffee House and Bistro in Fraserburgh. And here’s some of the epically interesting stuff we learned. 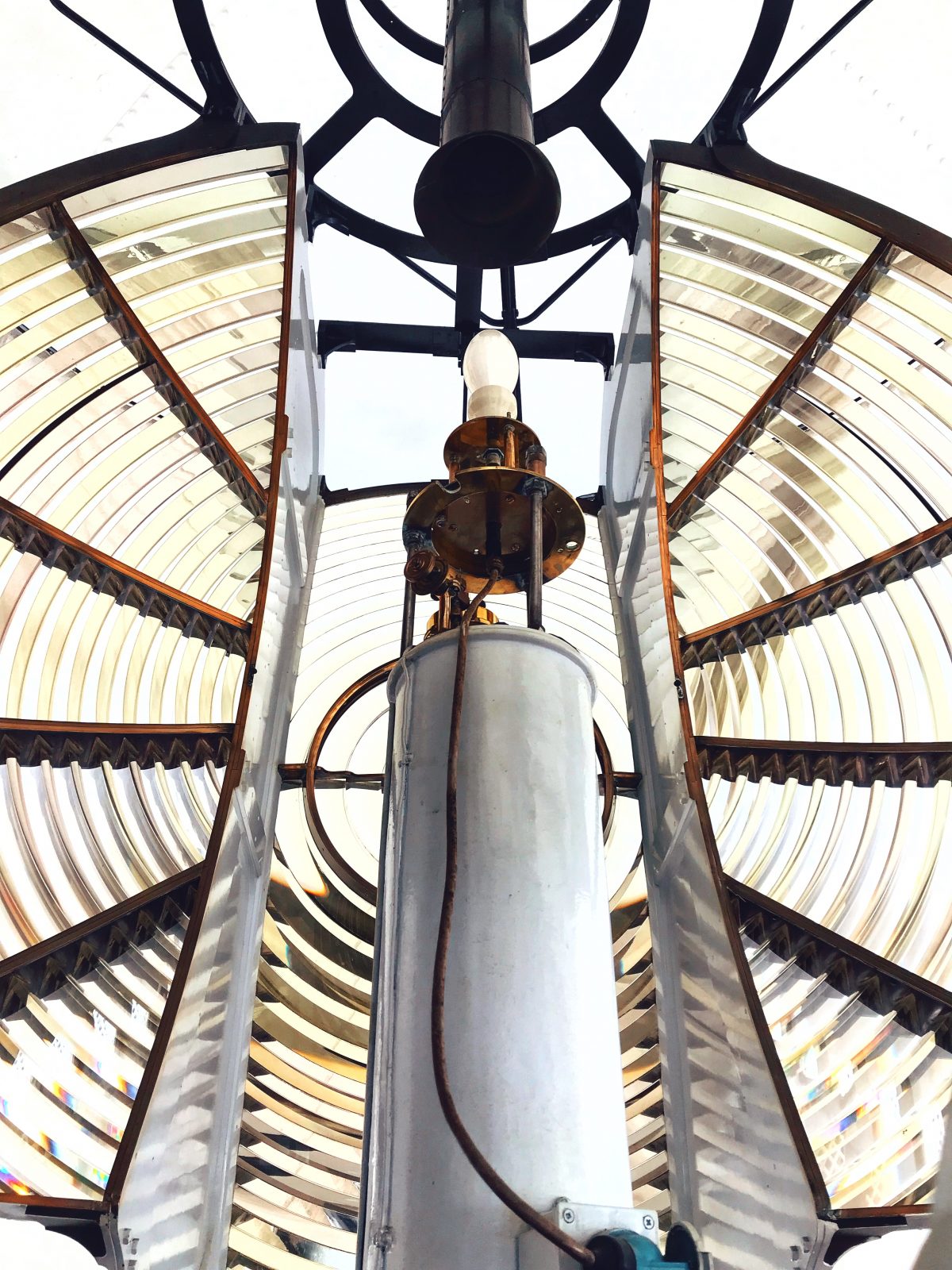 Kinnaird Head Lighthouse was the first lighthouse on mainland Scotland. It was built in 1787 into the already existing Kinnaird Head Castle. The castle was built in the 1500s by the Fraser family (a little nod to the Outlander fans out there). The fully working lighthouse is exactly the way it was when the last crew left although it no longer serves as the beacon.

The lighthouse was constructed by Thomas Smith and his son-in-law Robert Stevenson, the grandfather of author Robert Louis Stevenson. The Stevensons were prominent in the engineering of many Scottish Lighthouses. 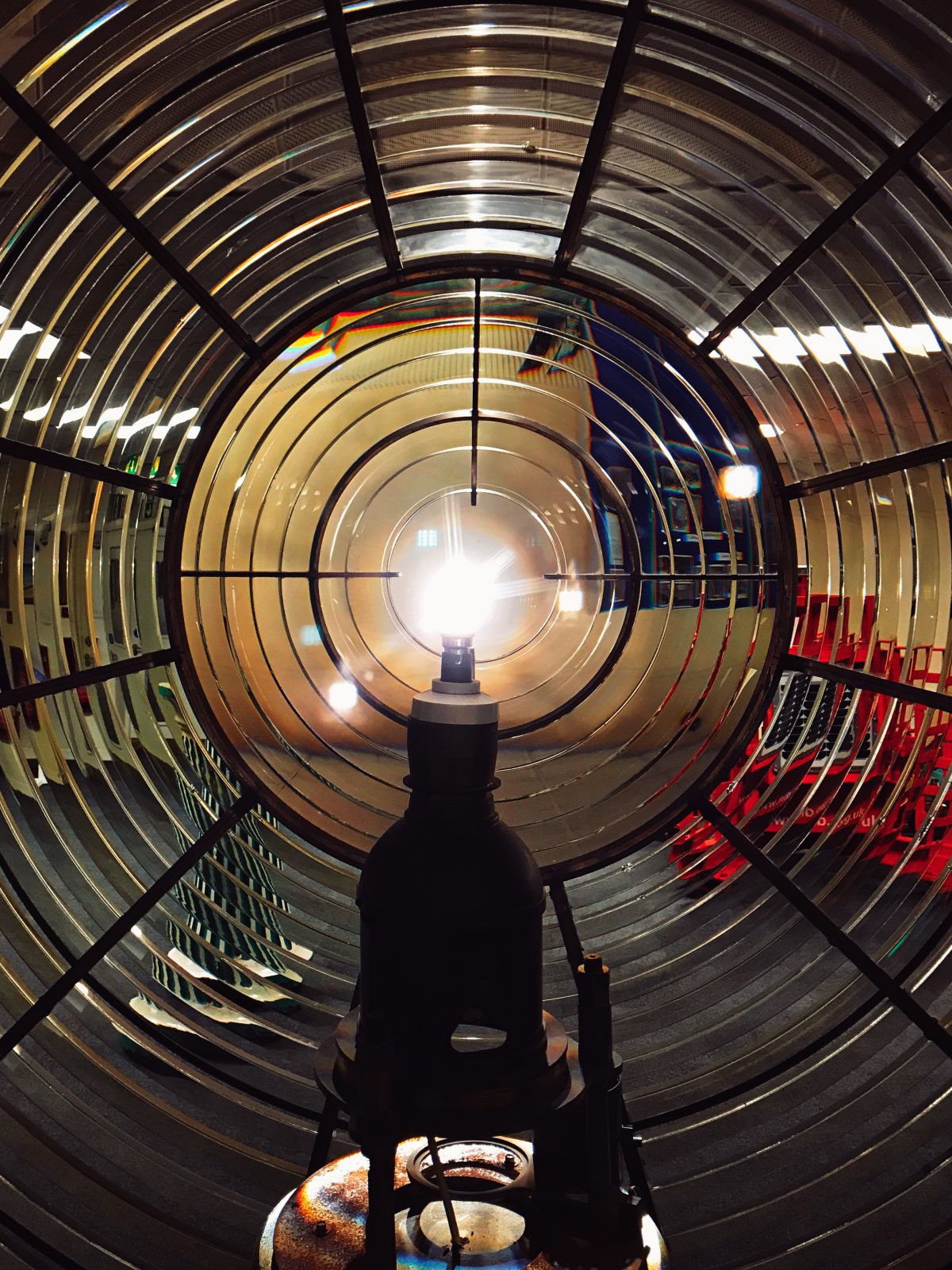 At the very start of their life, lighthouse lamps were lit with oil from the head of sperm whales. How insane is that? And who is the person who thought that whales would be the best place to find oil? Crazy! Whale oil was later replaced with paraffin oil. The vents surrounding the lamp needed to be manned constantly to manage the airflow because if it got too hot in there, it could risk a fire, or it could get too hot for the keeper of the keys to do his job. And speaking of him…

Keeper of the keys 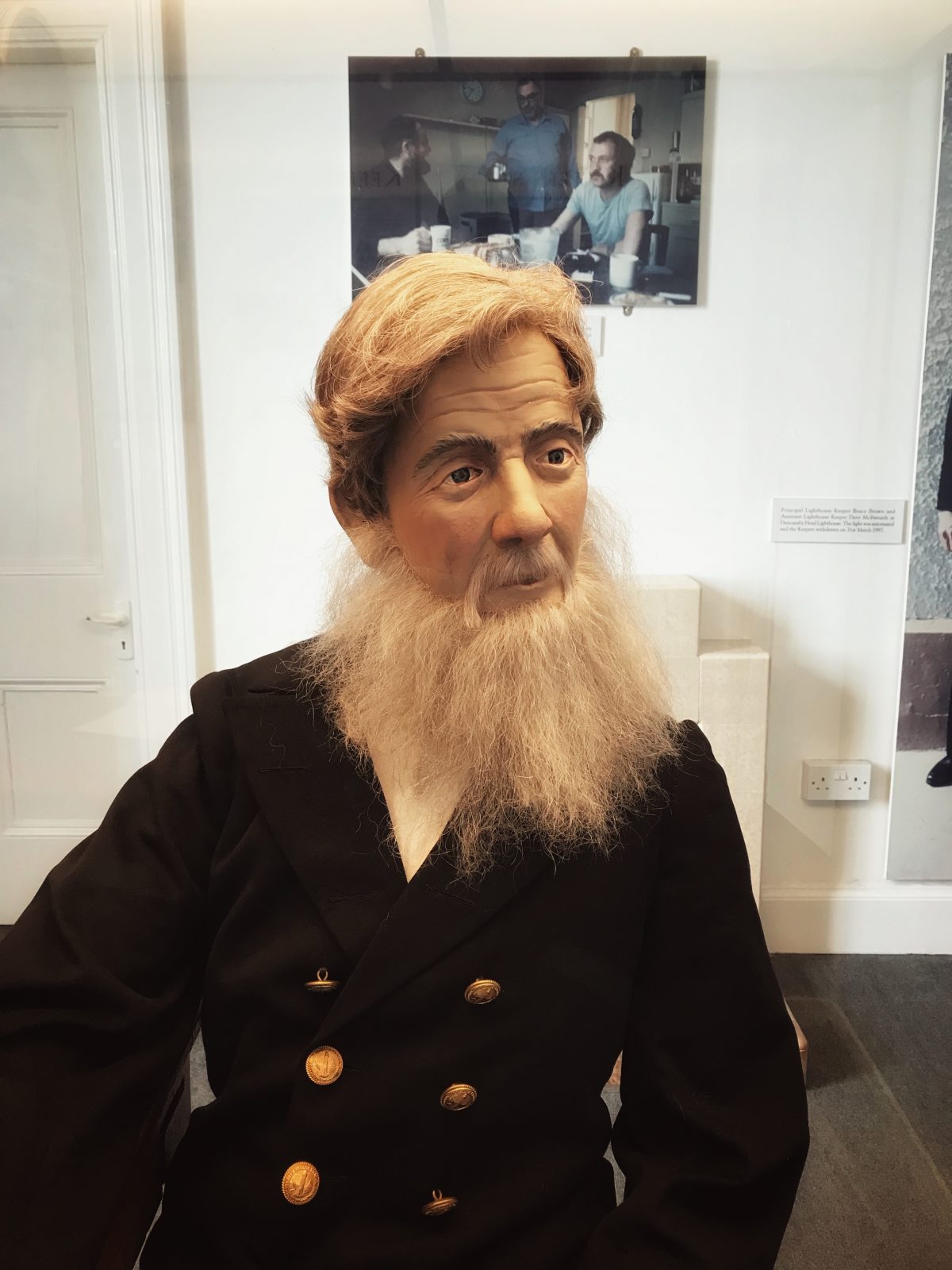 So basically, lighthouse keepers had a pretty mental job. And I literally had no idea about any of this until our visit to the Museum of Scottish Lighthouses. I thought a lighthouse mannies job description was just kind of like, switch on, switch off, and make sure that you’re awake when you’re supposed to switch on and switch off, and potentially eating lots of noodles and doing lots of crosswords. Right? Wrong. 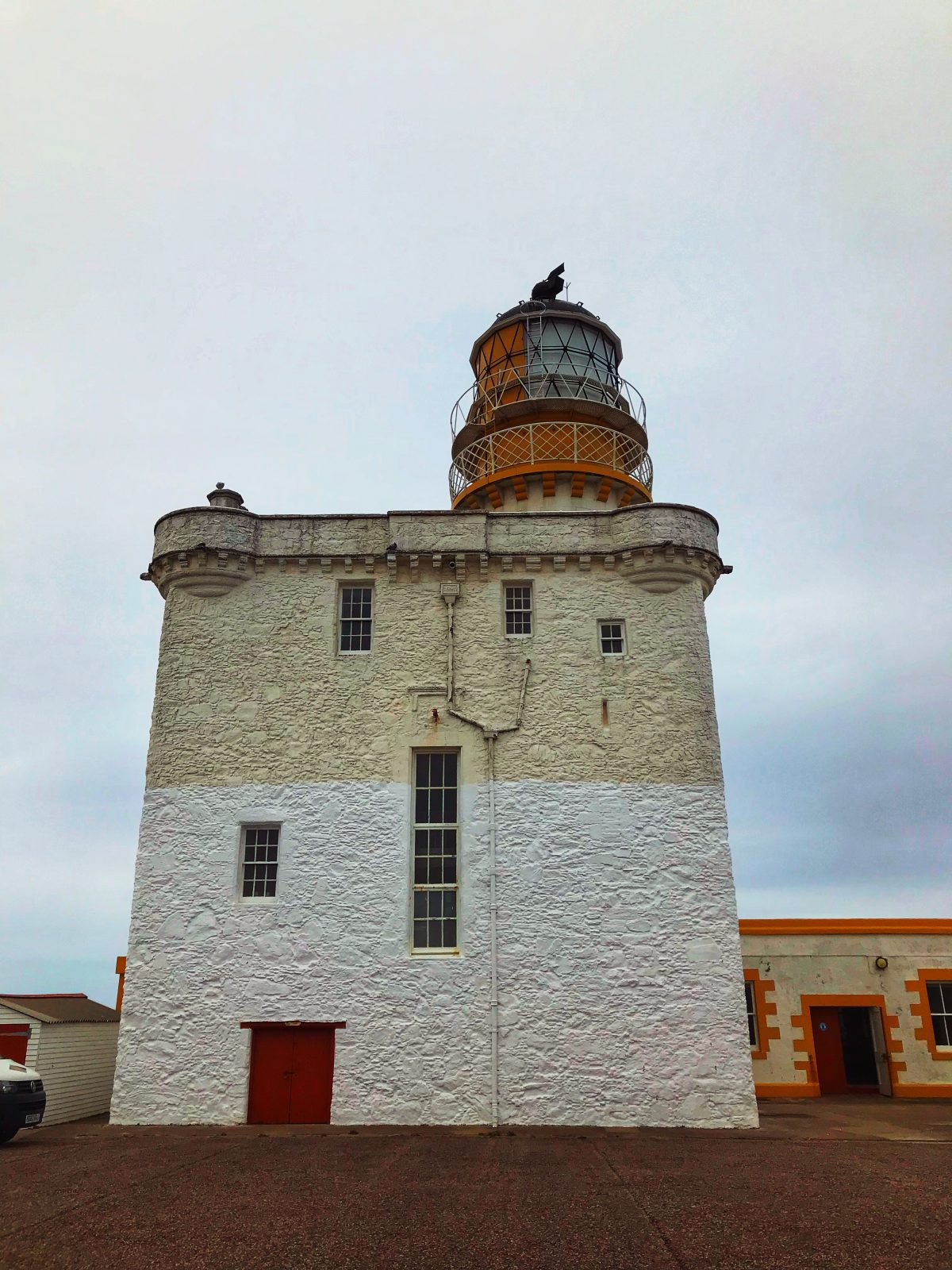 Lighthouse keepers were seriously on the ball. For example, let’s take the blokes who worked at Kinnaird Head Lighthouse. That’s the one I talked about earlier – the first lighthouse on mainland Scotland? Well yeah. This one took some serious graft! During our tour, we found out that the lamp and lens at the top of the lighthouse weigh 3 and a half tons! The keeper would have to manually turn the mechanism 96 times every 30 minutes to allow the weight to distribute which would turn the lens at the top! And then he would have until the next “crank” to clean the windows due to condensation from the heat of the lamp and then he would refill the paraffin. And climbing up and down that spiral staircase would have been no mean feat. We did it once and were puffed out. These guys must have had thighs of steel! 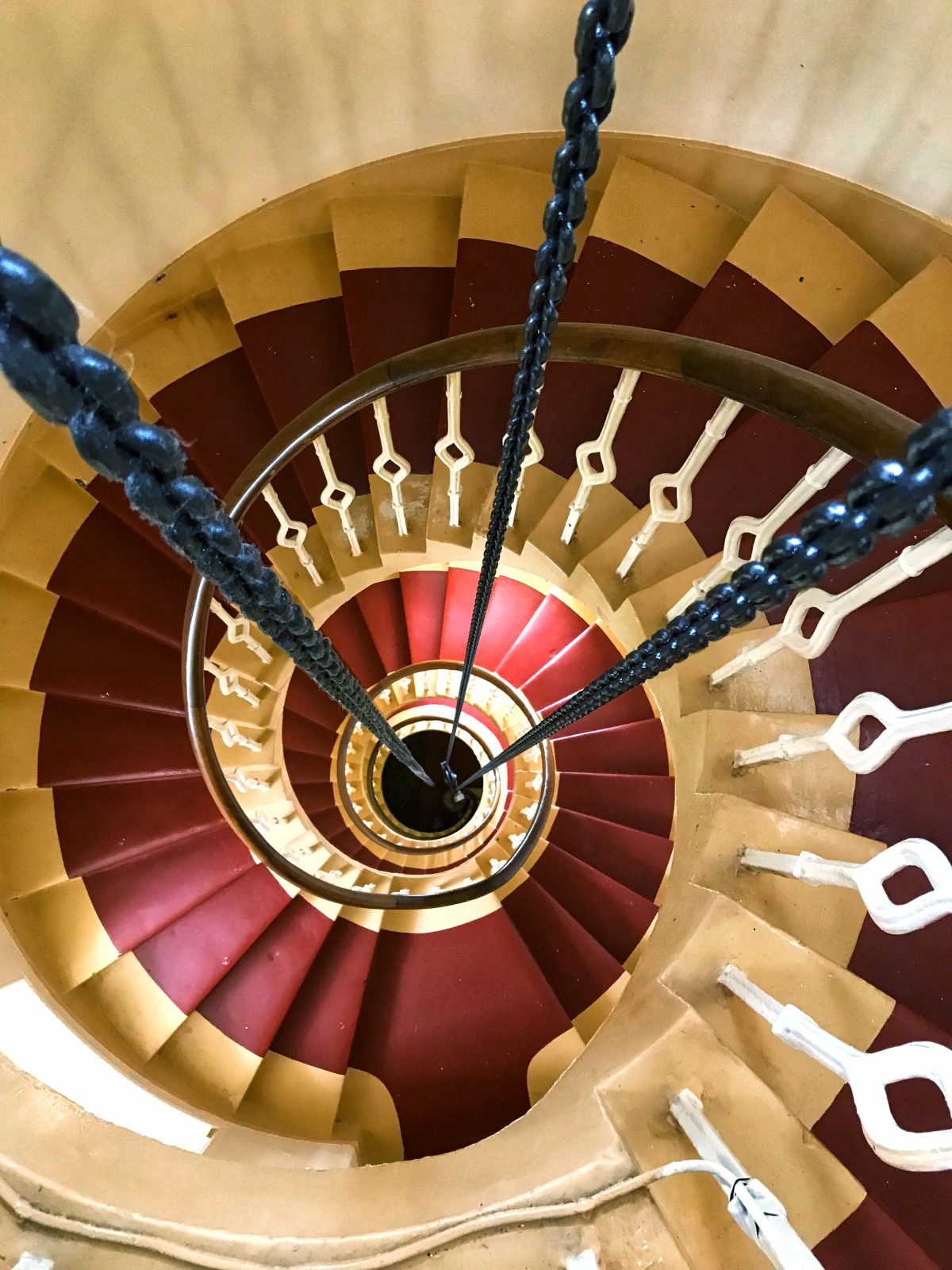 There was a separate living quarter for the master keeper but the keepers assistant would sleep in quarters within the lighthouse that looked like this… GOOD GRIEF, ALL THAT 70’s GLAMOUR. 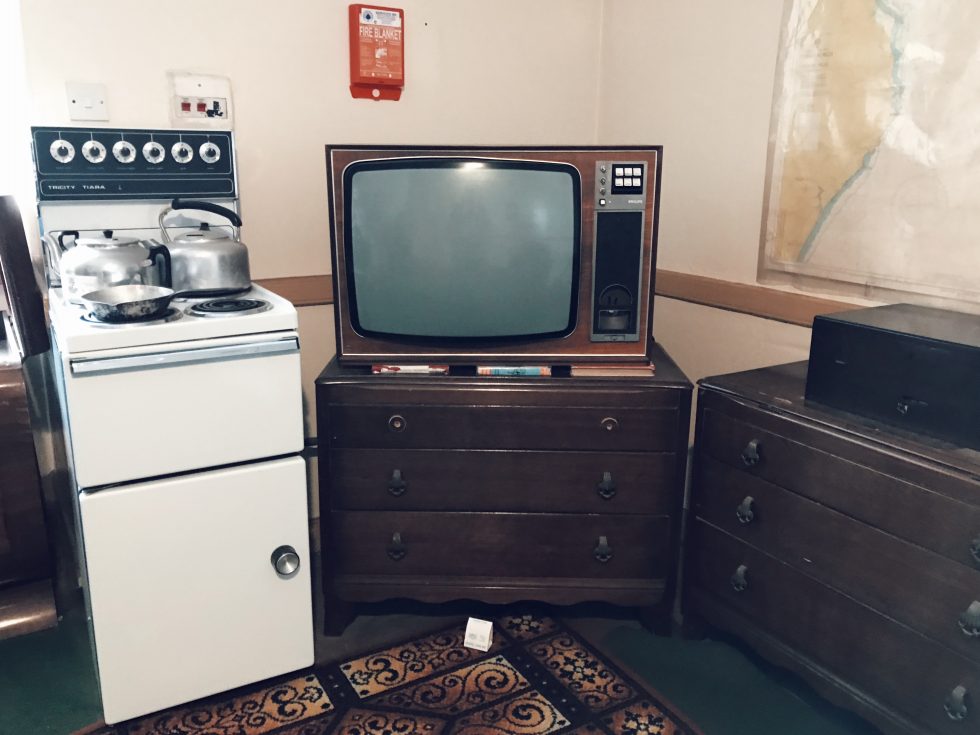 The museum itself is both a dedication to the Stevenson family, who built 93 lighthouses over 150 years and a marvellous collection of Scottish lenses from near and far. All that glitters… The lenses are absolutely beautiful. I recommend taking the Lighthouse tour before wandering around the museum. 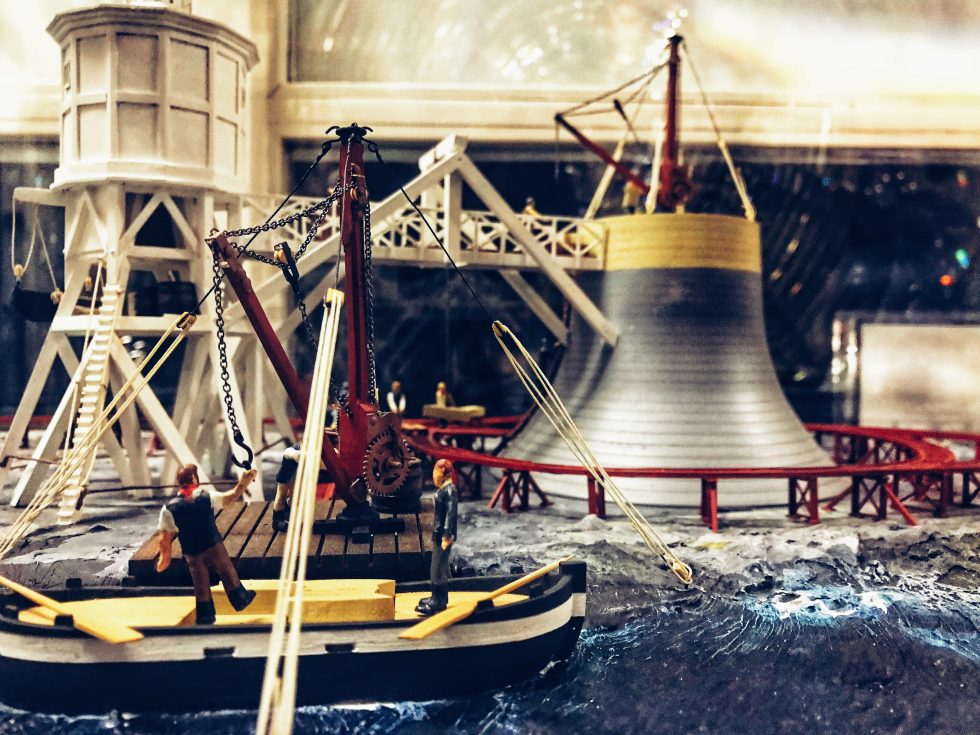 During our visit to the Scottish Lighthouse Museum, there was an exhibition dedicated to the lighthouse keepers’ life and it is fantastic! It shows some of the intricate little crafts that the keepers busied themselves with when they weren’t working.

After you have done your tour and have taken in the collection of fascinating objects, you can grab yourself a coffee and a cake in the museum tearoom which overlooks the North Sea. A lovely place on both a sunny and a stormy day. There were even a couple of orcas spotted there recently on their way to Orkney. Cake and orcas?! Sign me up.

You can plan your trip to the Scottish Lighthouse Museum here.

Our trip to the Scottish Lighthouse Museum was gifted but as usual, all opinions are our own and fabulous.