When I was younger, relatively naive and my direct debits were less than my income, I used to order bubble bath from Beijing and exfoliator from Equador. The idea was that the longer the item took to arrive to my shower, the more exotic and luxurious it sounded. I desired overseas oils that contained magical and elaborate ingredients such as gold leaf, volcanic rock and snow leopard saliva. One of the reasons for my pressure purchases were the adverts in Cosmo telling me that for just £75.20, I would acquire riches and a string of Calvin Klein-esque male models who would worship me and maybe do some ironing. This along with the fact that I, like many other people wanted the best of everything. 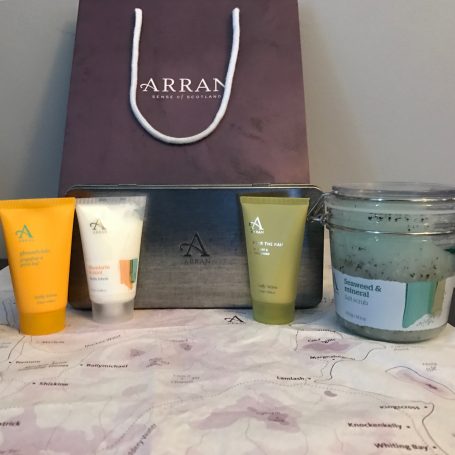 Recently my career has taken a complete 360 forward somersault and instead of supporting Oil and Gas, I now write banterful class. Sometimes my writing even rhymes. Along with becoming a Google guru, I try to be in at least 5 places at once and all so I can serve sexy Scotland on a silver platter. In reality Scotland sells itself, with the glorious glens, luscious lochs and seductive Scots men. However, whilst on my journey of catapulting Scotlands best bits, I have learned that I don’t need to pay £75.20 for an item to be shipped from Zanzibar when in fact, theayelife is not the only class that Scotland has produced. As a country, we are a productive force to be reckoned with.

Edinburgh has become a second home to Scott and I over the last few months. Even though we have only been around for the last few months. If you have been to Edinburgh, you will know about the Royal Mile and the 6.5 million tourist shops selling you enough tartan to wrap round Russia. On the Royal Mile, I even purchased a jumper that said Edinburgh on it, much to Scotts disgust. Apparently it isn’t cool to wear a jumper that advertises your roots. However, Edinburgh trumps Los Angelas.

Whilst on the Royal Mile, I decided to go on a mass Scottish spending spree and all purely for research purposes. We spend that night in the hotel eating 6 kinds of shortbread, too much tablet and probably too much Edinburgh Gin, but that is another story. Due to the success of that Scottish spree, it has now become a personal goal of mine to sample Scotland. This is what lead me to find Scotlands best kept secret. 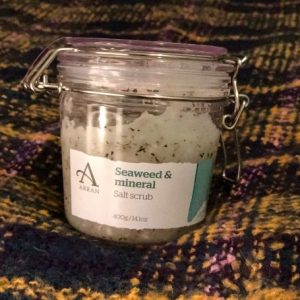 Not now and likely never will I be the blogger that reviews 7 different types of make up brush. I will leave this with the experts. However if I come across something swell, I have to tell. The problem is, I don’t know how to tell Scott that I have fallen in love with Arran. 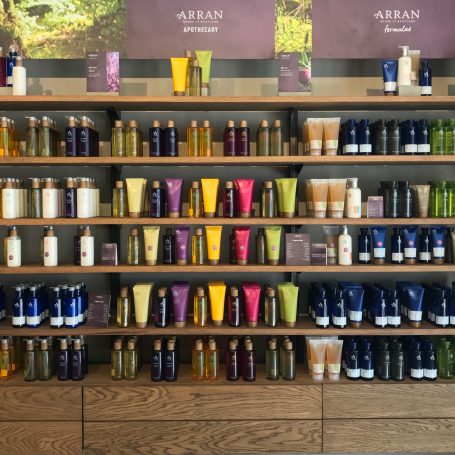 Arran, Sense of Scotland was previously known as Arran Aromatics however they have recently gone through a radiant rebranding. Even with their new facelift, the company are staying true to their heavenly heritage and showcasing the stunning Isle of Arran to a global audience. We visited the Edinburgh Store and were delighted to meet Captain Carol, who is doing a wicked job of steering the Arran ship. There is nothing I love more than meeting an employee who speaks of their product as though they have hand crafted it themselves. If I didn’t already fancy Arran, she had me in love with all the amazing aromas.

After spending nearly 45 minutes in the store, I left with 4 body lotion minis, all comprising of unique, sweet smelling lotion loving. However I need to tell you all about the star of the show, Formulas Seaweed & Mineral Salt Scrub. 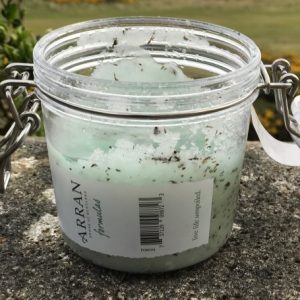 This salt scrub is a saucy devil and we have a wonderful time together in the shower. The younger Victoria spent hours in the shower without a care in the world. Now, showers are becoming the bare acceptable minimum as I have no time for frivolities. I genuinely really look forward to using my scrub, it is the only time in my day where I can take a little bit of me time. Even if that me time involves me standing covered in salty seaweed satisfaction either giving a rendition from Calamity Jane or imagining an awards speech for when I become one of Scotlands national treasures.

Until last weekend, I knew I had a problem. The problem with travelling is that I need at least 2 large suitcases for a weekend break. This is a joke amongst family who never fail to make a comment every time I and my gang of suitcases arrive for a night. I am envious of minimalists that can compact their packing to be manageable and efficient. However, I have found an excellent way of restricting my packing by at least 1kg.

This salt scrub is an absolute all rounder. I have replaced the separate bottles of shower gel, exfoliator and a moisturiser for one jazzy jar of Arran bliss. Nobody can tell me that I am not looking for effective ways to kick my hand luggage habit. 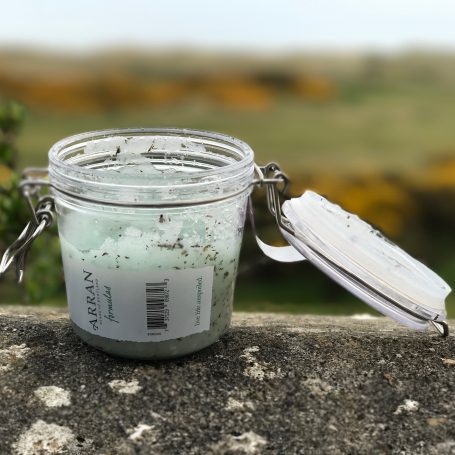 Forget Everything You Knew

The combination of oils, minerals and selectively scented sea breeze scents makes this super scrub an absolute must for not only shedding a layer of sleepy skin but also leaving your skin so seductively, smooth. The Formulas Seaweed & Mineral Salt Scrub retails at £15.00 and that is £60.20 cheaper than my previous potions from Zanzibar.

Thank you, thank you very much 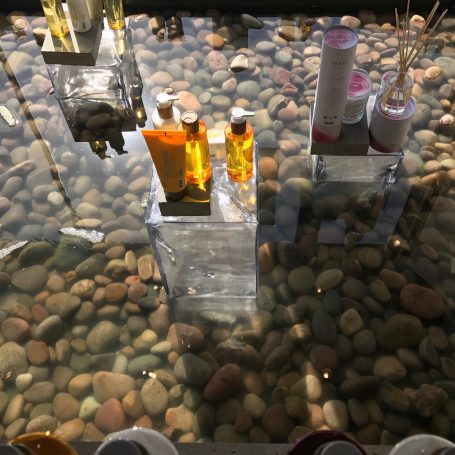 I would like to say a personal thank you to my unbelievably patient patron saint of a partner. Not only does he traipse after me and my constant demands but he works so hard for theayelife. The photos in this post are picture perfect and I wouldn’t have them if I didn’t send him down to the bottom of the garden to get ‘amazing artsy looking style’ photos.

Also, thank you to Captain Carol, an absolute blessing for Arran, Sense of Scotland. What she doesn’t know isn’t worth knowing. Not only did she provide me with a complimentary array of mini lotions for me to try and test but she is partly to blame for my lovely and well needed pampering evening at the hotel afterwards. Her discount on this scrub makes her forever in my good books. I love you Arran.

Looking for a piece of Arran Action? Click here