Glasgow is one of my favourite cities on earth. I’ve never had a bad time in Glasgow. Because it’s not possible. Even the people having a bad time in Glasgow are enjoying themselves. The place is riddled with vibrancy and infected with friendliness. The slogan “People Make Glasgow” could not be any more on point. Glasgow people are better than your people. And any people. Ever. And there’s a creativity-come-wild-buzzy feeling that you get in Glasgow that you just don’t get anywhere else. Glasgow City Flats has heaps of apartments in Glasgow (shocker) and we were invited along to review one of the apartments. This meant four things. 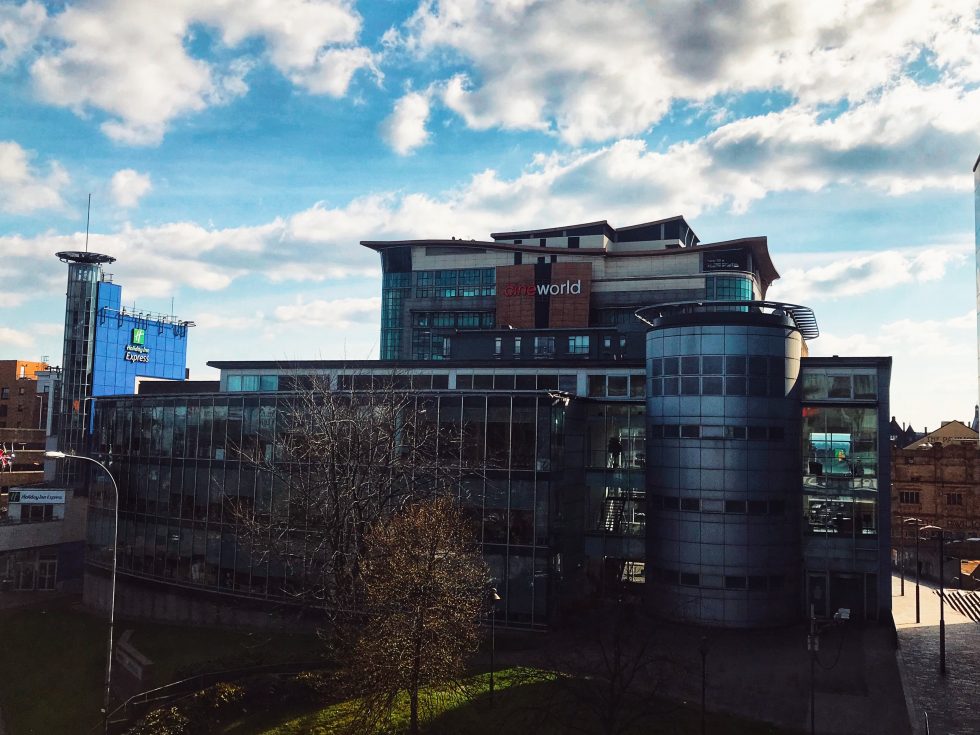 Every single time we review a new crib, Aye 2.0 makes min 32 comments about selling our house and moving to said hotel/apartment/tent/yurt. Yes, even yurts. Sometimes even the places with no electricity tick his creepy wee box. I used to react to him living his life on Zoopla. Now I just roll my eyes. 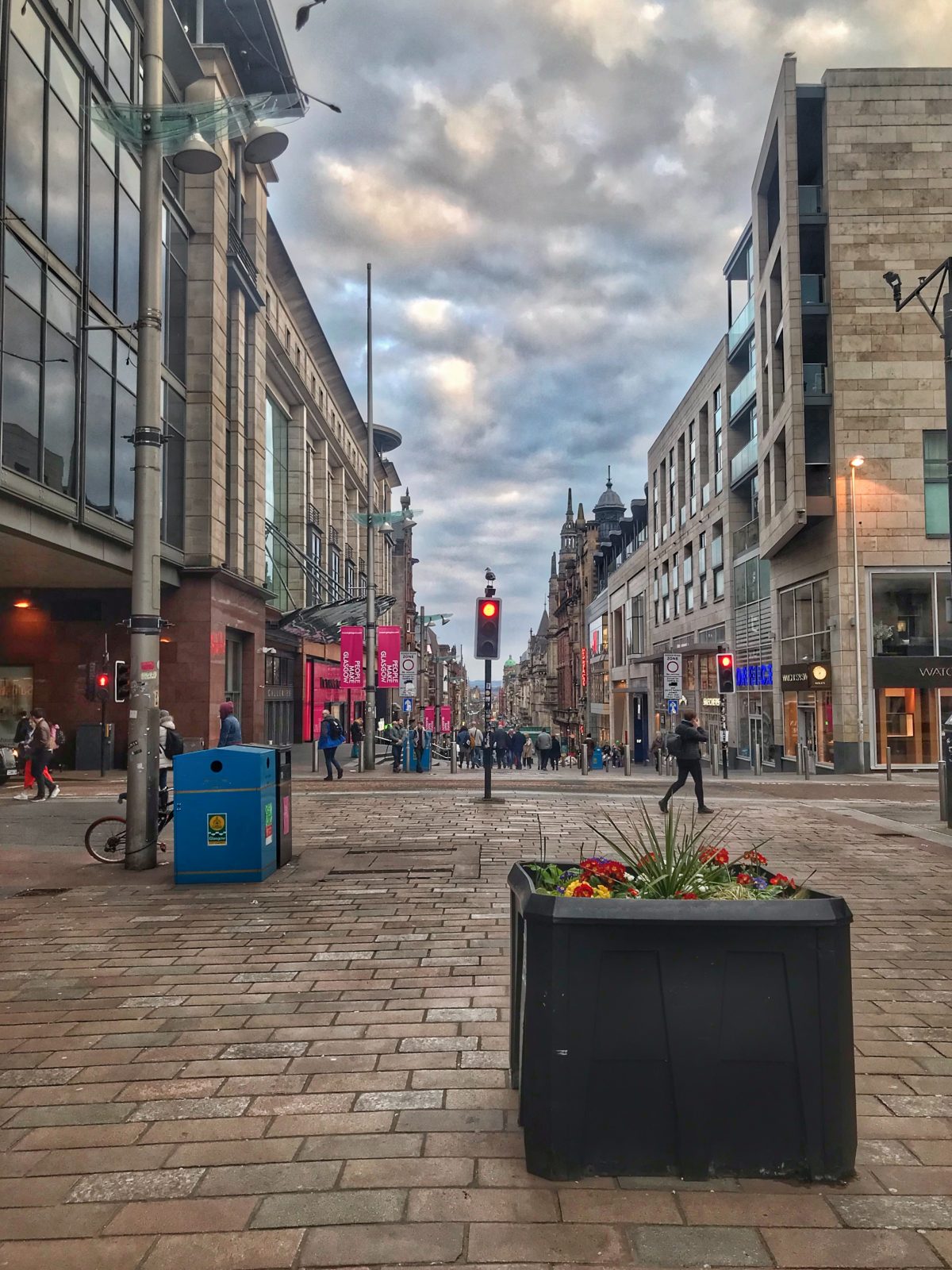 Glasgow City Flats made an impression and left one. Even as I sit here taking a break from croquet, I miss my apartment on Cowcaddens Road. See?! “My” apartment. Lol. 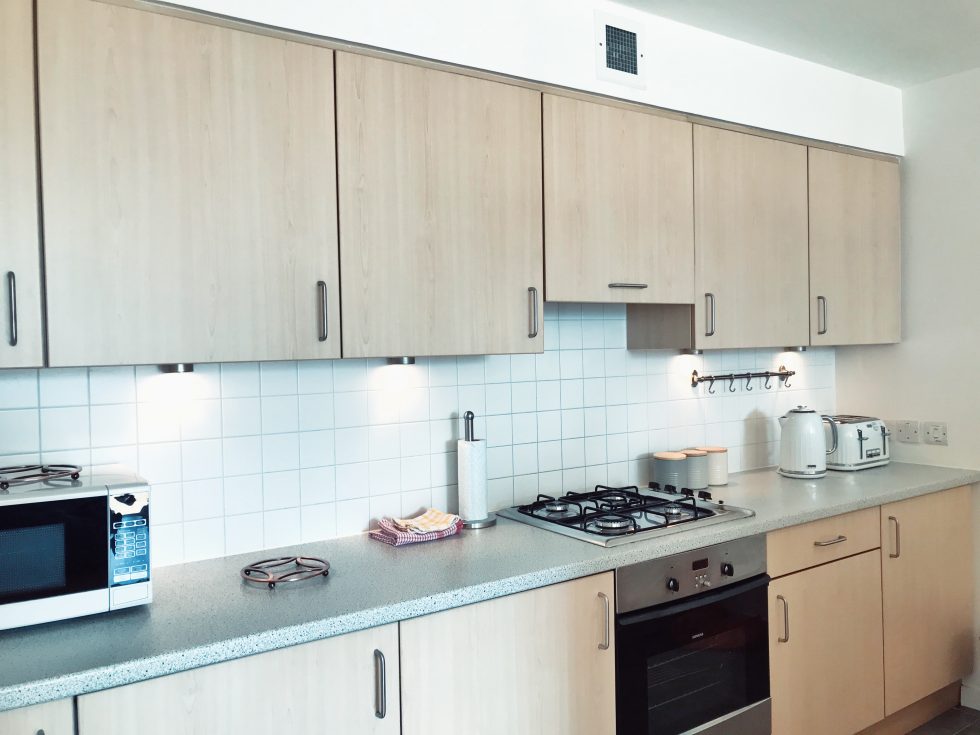 If you’re looking for a serviced apartment in Glasgow where you can just kinda please yourself whilst coming and going, you’re going to need to book yourself a wee crib with Glasgow City Flats. 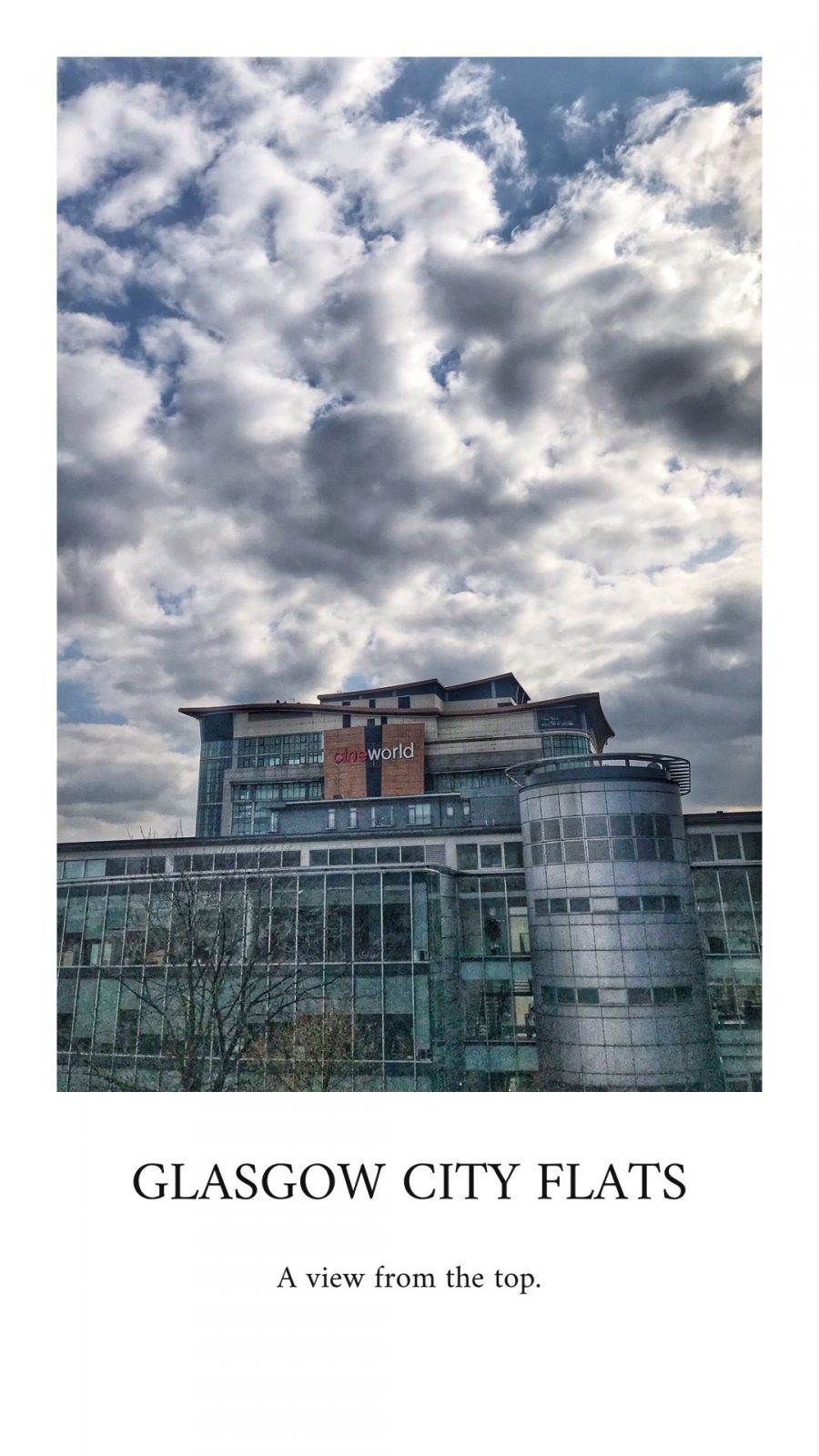 See that’s the thing, these wee cribs aren’t even wee! During our whole stay, I only used like 3 out of the 5 rooms. I didn’t even check out the other 2 rooms until the second day of our trip. Which isn’t laziness. Ankle-gate is still a thing (I know right?! Snooze). So I was being super careful on stairs. This also applied to any and all stairs in Club Tropicana during our stay. And I never even fell once. Metal foot has made me a way more careful human. I’m bigging this up way too much, it’s not even that much metal. 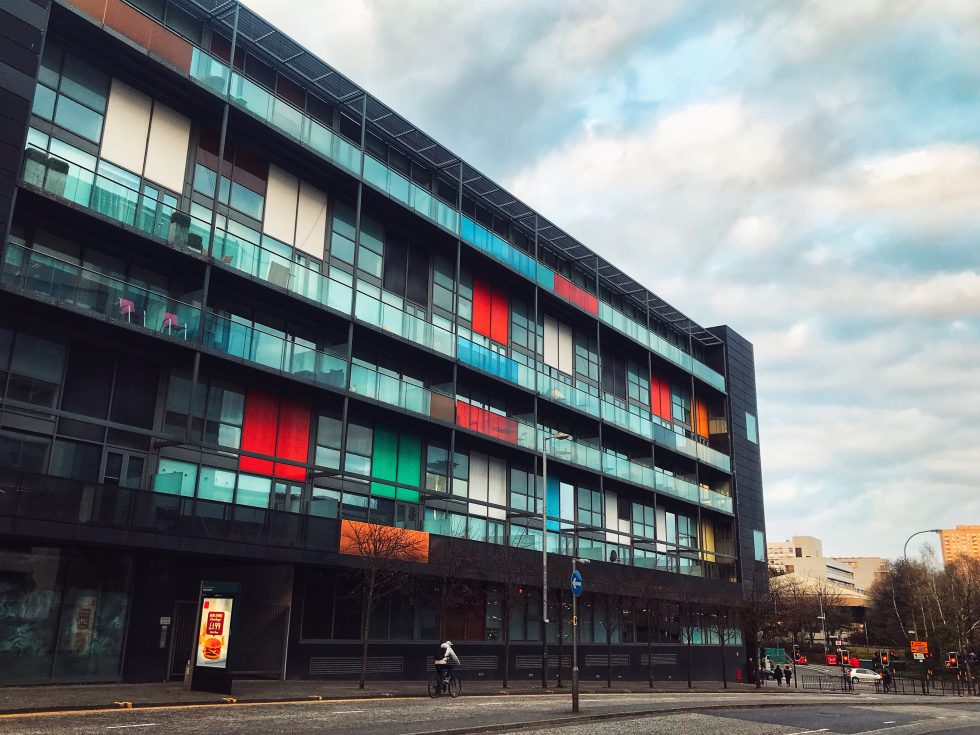 Our serviced apartment was located in the Matrix Building on Cowcaddens Road. And I might as well have been on Mars reading that in Dutch because even though I’ve visited Glasgow 842 times, I still am no further with knowing where I am unless I am in Central Station. And even then… But holy crap, Cowcaddens Road is ridiculously central! When we Googled our first restaurant review of the trip, Ardnamurchan Restaurant, it was only 3 minutes away! And we were up 4 floors. So if you happen to be staying on Cowcaddens Road, get along to Ardnamurchan. There is NO time to roll home. Which we did. Living the Lango Life! Langoustines. 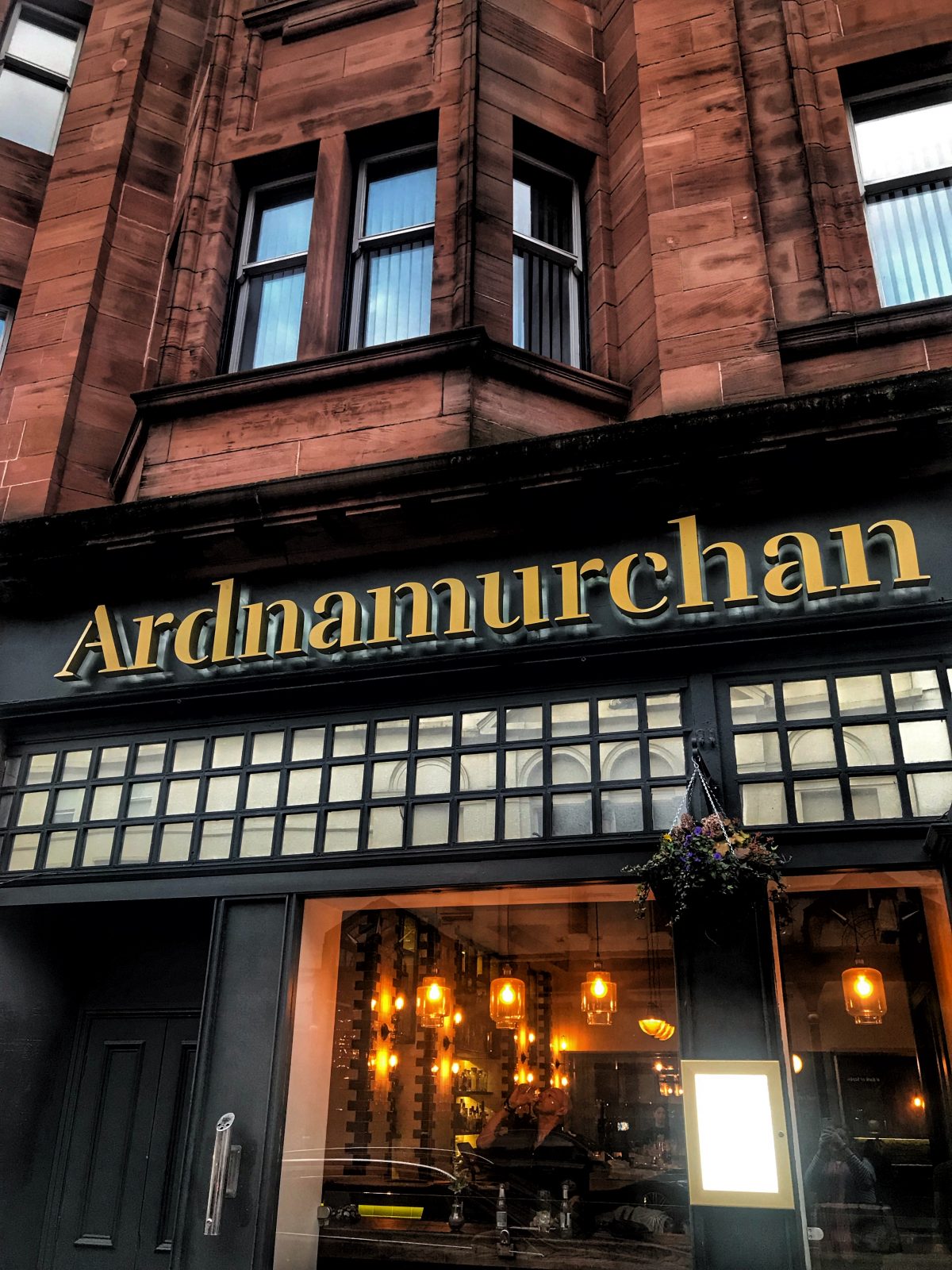 The Apartment had two bedrooms, one twin and one double. We were in the double because we’ve been going out for 5 years and we decided to finally consummate during our trip. JOKING. Or am I? The bed was super comfy. Aye, like, I usually sleep for like 4 hours a night (people have kindly compared me to Maggie Thatcher for this similarity and this alone) She slept for 4 hours too. 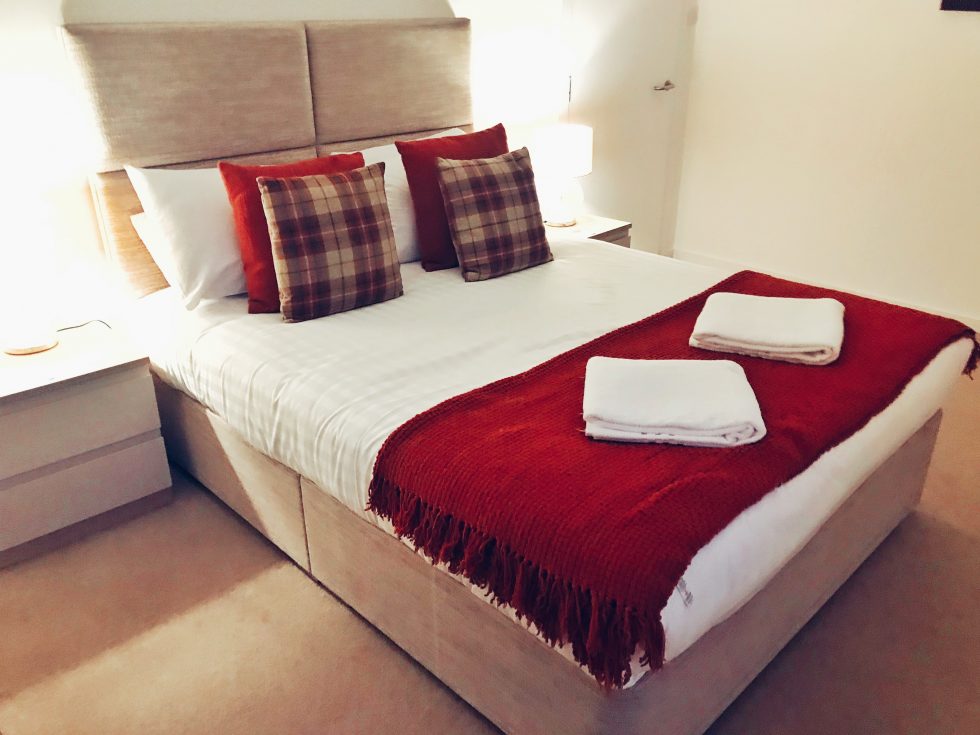 The living room/dining-room/open-plan kitchen room was mahoosive. Like, if Aberdeen and Celtic had been stuck for a stadium, I’m pretty sure we could have re-scheduled the game for Cowcaddens. And I loved it. It was minimalist, come artsy and followed the theme of “creativity-buzzy” I mentioned earlier. The flat was immaculate. 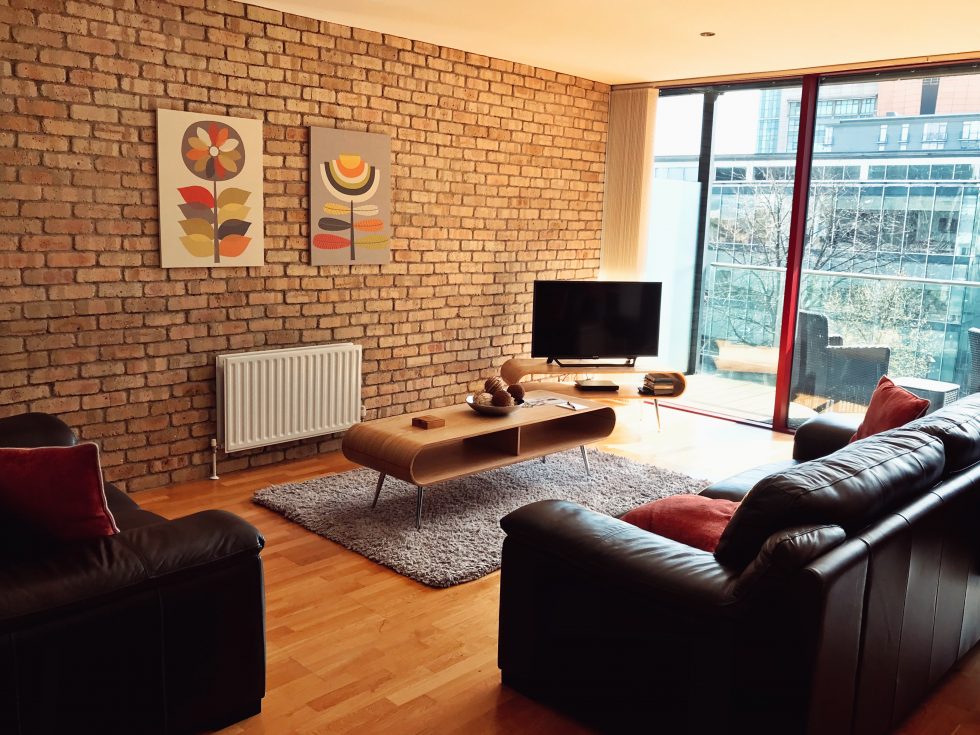 Look, I love myself a balcony. Who doesn’t? This was an added bonus for the King and I. We both have a mad fetish for balconies. And this was our first balcony in a Scottish City Centre. I spent all the time people watching and figuring out who was on the night shift at Tesco Bank. In my pyjamas. Because I was 4 floors up and if ye cannae see, ye cannae judge. 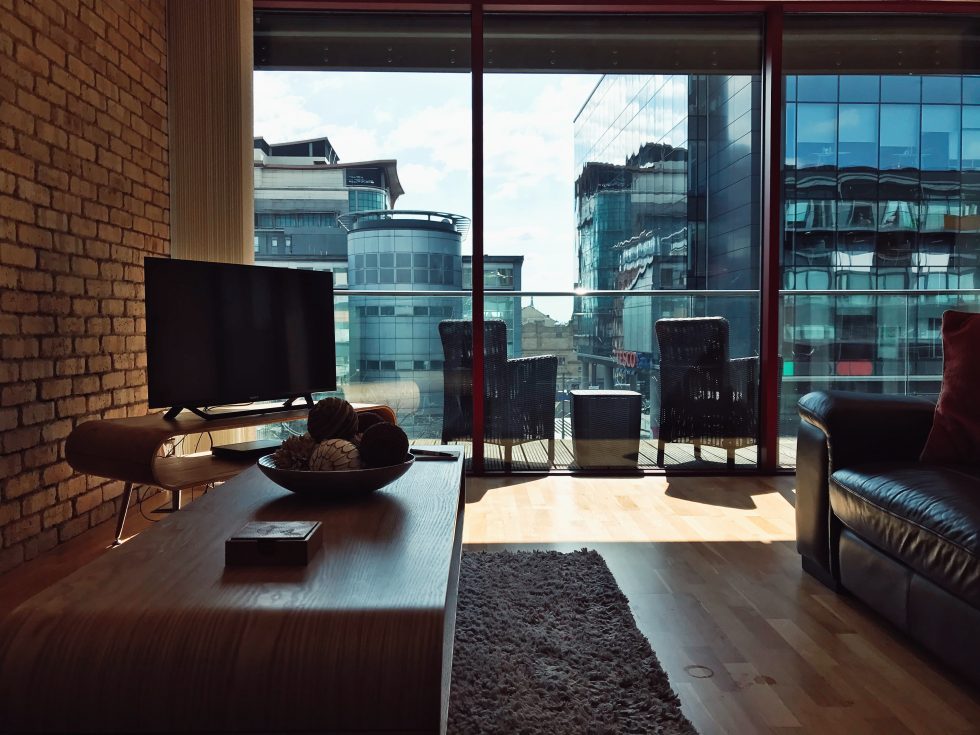 Considering the flat was only 5 minutes (if that) from Sauchiehall St, Buchanan St and the “main drag,” this was absolutely perfect for our needs. Our needs were wandering, late-night macarons, cocktails and scran at The Smokin’ Fox and the best kebab we’ve ever had. Again, with ankle-gate being an unnecessary but ongoing mission, I barely had any walking to do.  So if you’re looking for central, Glasgow City Flats has heaps of options!

This flat worked out at £150 per night. Considering it slept four people and was bang in the middle of everything, this was extremely reasonable. There were only two of us there, but if I’m honest, I may have pinched a duvet from the twin room for cuddles on the sofa. SorryNotSorry. You can find “my” favourite Glasgow apartment here.

Oh, and do you want to know the absolute highlight of my whole 5-day trip? 2 days in Dalkeith, 3 days in Glasgow? I lost 3 pounds from eating langoustines doused in butter, kebabs and drinking probably 23 long vodkas. So although both Caley and Aberdeen F.C. got pummelled, I pulled in a total result. 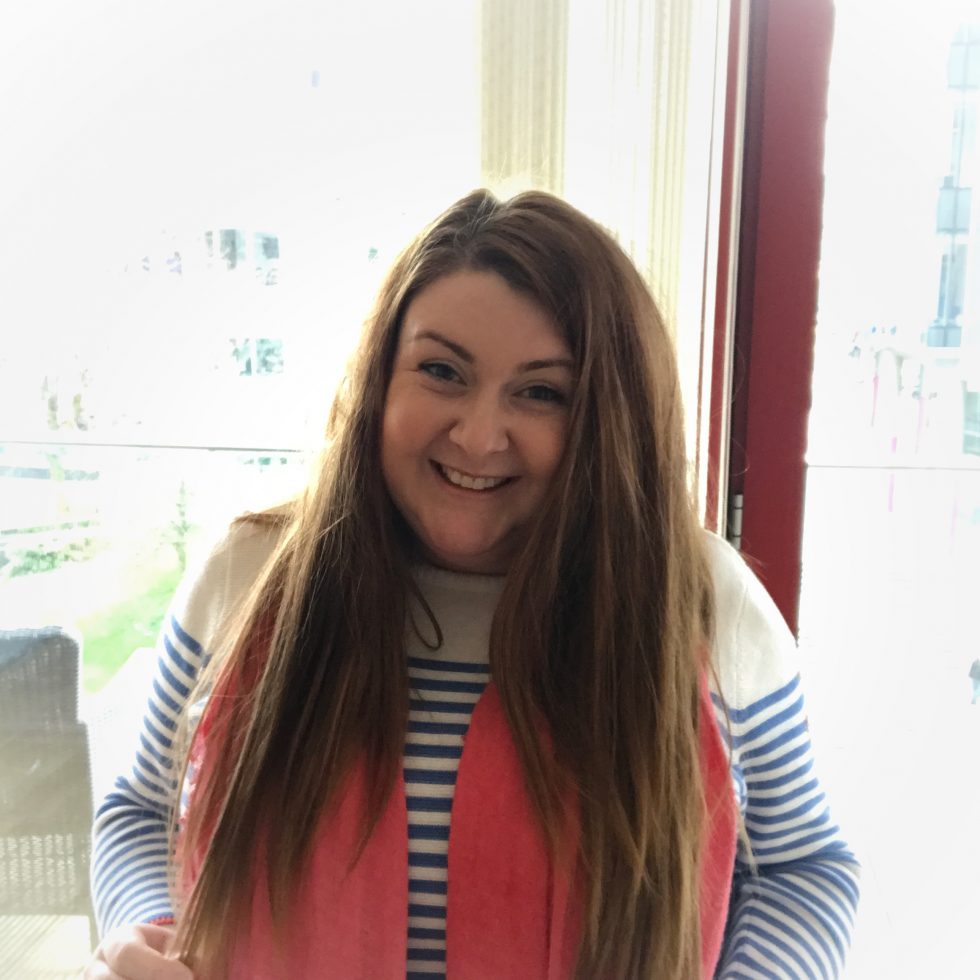 This post was sponsored but as always, all opinions are my own.