Yet again, I’ve been caught sipping gin but that probably doesn’t come as much of a surprise considering everything. Gordon Castle Gin comes from the beautiful Scottish walled gardens of, you guessed it, Gordon Castle. To let you all in on a little secret, I am creating the mother of all Scottish Gin Guides so there will be A LOT of gin reviews coming up over the next year. This means that I will probably end up in some promiscuous situations but don’t worry – I’ll share the gory details. Shall we learn a little bit about the history of Gordon Castle?

History of the Gordon Castle Estate

Gordon Castle was built in 1479 by George, the 2nd Earl of Huntly whose great, great uncle Sir Adam Gordon fought alongside Robert the Bruce in the 1308 Battle of Inverurie.

The Gordon family are an ancient clan who’s ancestry dates back to the 14th Century. They were one of the most powerful families during the Scottish Reformation as Gordon Castle had been built less for vanity and more for defence, making the castle practically indestructible. The Gordon Estate previously stretched from the Moray Firth all the way to Ben Nevis although it is a little bit more demure these days.

As the 18th century rolled in, the 4th Duke of Gordon decided the place needed a bit of a refurb and so he turned the fading castle into a grand baronial mansion, designed primarily for show. Unfortunately the 4th Duke and his son, the 5th Duke weren’t the best with their cash. When George, 5th Duke died, he owed the Royal Bank of Scotland £45,000 (2 million in todays dosh). Gordon Castle was then bought over by Georges nephew, the Duke of Richmond who took on the ancient Gordon name.

During World War 1, Gordon Castle became an auxiliary hospital for injured soldiers and following on from the war, the building started to fall into decline. After the second world war, the estate was sold to the grandson of the 7th Duke of Richmond. Since then the property has been fantastically restored and is still looking beautiful to this day.

With one of the largest and oldest walled gardens in the whole of Britain, the wonderful produce at Gordon is being put to amazing use. Not only does Gordon Castle sell a stunning range of homeware but they also have a wide variety of luxury bath and beauty products, containing no artificial fragrances, colours or parabens. Check out the online shop for some gift or pampering inspiration. 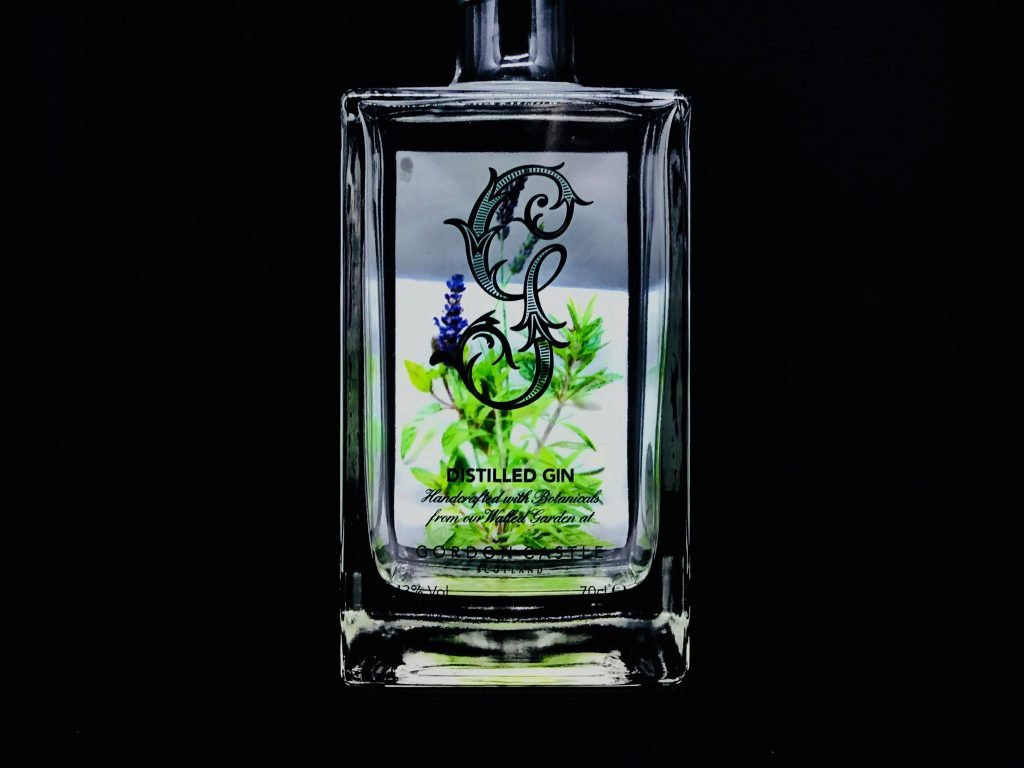 With the undeniable rise in Scottish small-batch gins, Gordon Castle has been quick to follow suit and guess who received a cheeky little bottle from the postie manny? Only yours truly. Unfortunately, I nearly died over Christmas (I had a cold) so I didn’t get a chance to eat turkey, never mind drink gin. I might be the only person who actually lost weight over Christmas. Typical. So once January/Ginuary arrived, I decided it was time to crack open the good stuff. That in itself was pretty difficult, not because I struggle drinking gin (definitely don’t have a problem with that) but I didn’t want to open the bottle because quite frankly, it is gorgeous.

Thankfully my crafty Twitter followers had lots of suggestions for the pretty bottle and I will soon have a shiny new lamp. Anyway…

Sorry for beating about the bush but I had to share a whole lotta history to give you the bigger picture. There is definitely more to this brand than just a tasty tipple. Speaking of tasty tipples… What did I think?

I love gin but I am usually unlikely to sip a gin on its own as it can be quite heavy on my sensitive wee senses. Gordon Castle Gin is a whole different kettle of fish. Firstly, it is smooth and ever so slightly syrupy. It also goes down very well (which accidentally resulted in a very late Tuesday night but that is a WHOLE different story). The master makers of this number are keeping the recipe close to their heart. Although the gin contains 12 botanicals, only 3 of them are disclosed. We taste tested the gin on 3 different people. One of which noted the gin smelled like a lavender infused perfume. I hadn’t mentioned that the gin even contained the herb so the lavender is definitely prominent.

Should you be fancying a refreshing sip, mint is very much evident in the taste of Gordon Castle. Simply by adding a spring of mint, you could really bring out the refreshing taste.

Why Life Gives You Lemons 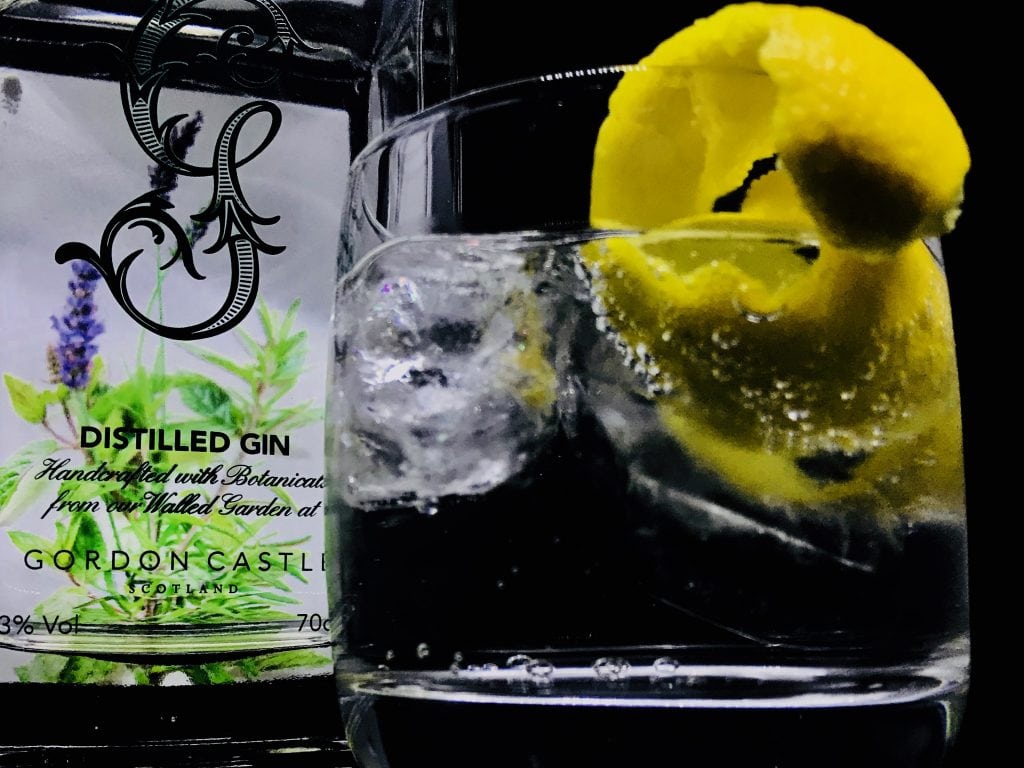 Add lemon and lime. We are certainly getting a citrus element in Gordon Castle Gin. Adding Sprite made for a match made in heaven. We tried a few different mixers, even cream soda which definitely did NOT work. I am not a massive fan of tonic water as I can find the quinine taste slightly bitter. It really depends on the mood I’m in. The lemon and lime flavours in Sprite mix very well with the citrus flavours in the gin which makes for the perfect Summers day drink.

Overall, I would give Gordon Castle Gin a cool 8.5/10. I wouldn’t be inclined to add this gin to a cocktail as it seems a shame to disguise the original flavours. So whisk up the tonic and add a citrus tweel. Chin gin!