Aberdeen’s unique writing festival has returned with the theme of crime and murder. We went along to the Poisoned Cocktail Party at the Carmelite Hotel for a nose and some poison. Our Host was Dr. Kathryn Harkup, author of “A is for Arsenic.” Just when you think sipping on some cocktails couldn’t get any classier, you realise you are attending “how to kill people 101.” Kathryn was well versed in how to kill folk so this review was always going to be a positive one. 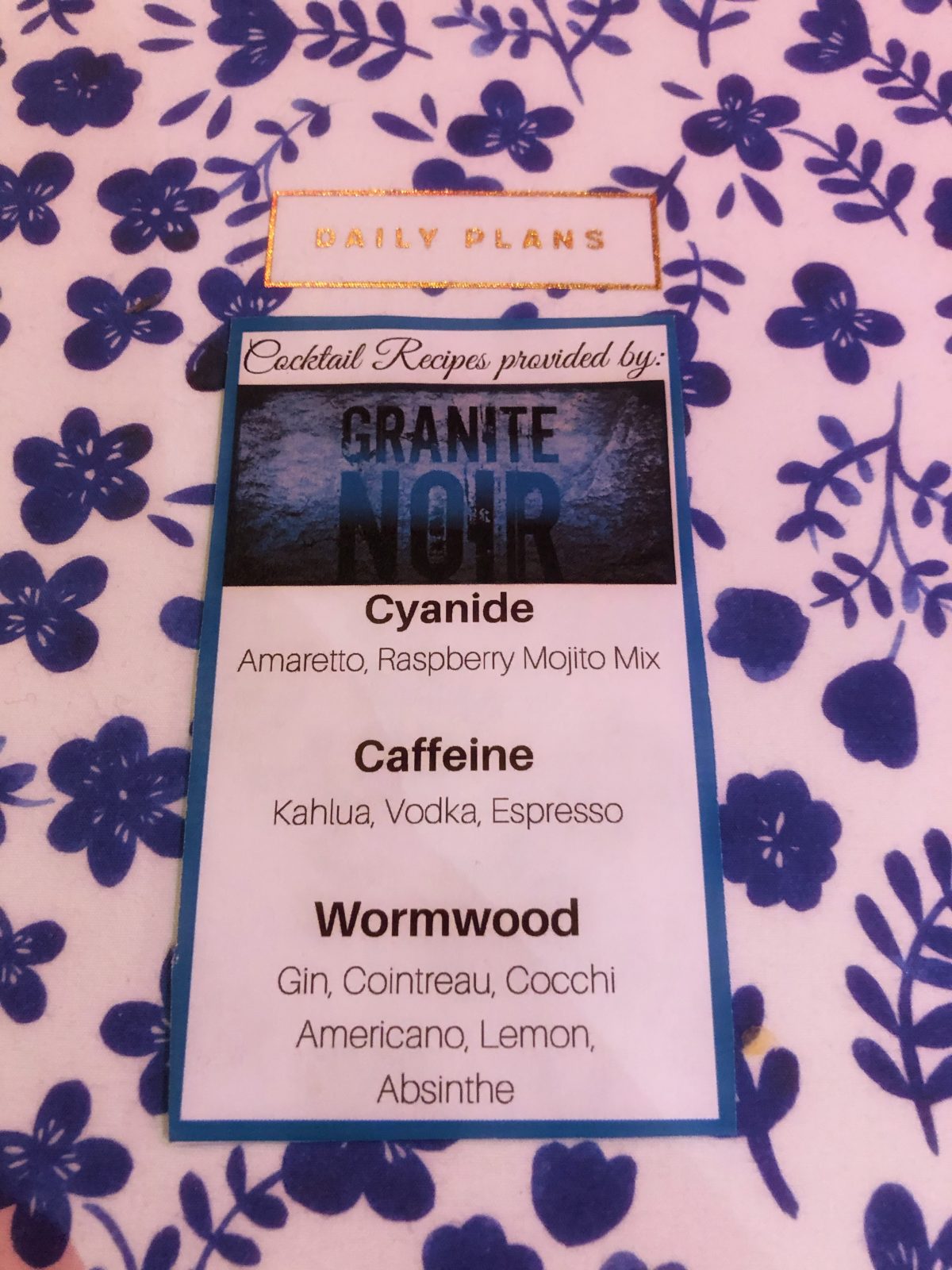 The event went as follows. We drink an unassuming cocktail, then get told about the poison in the said cocktail, and how it would kill us if we just ramped up the quantities enough. Nice bit of light entertainment. It was also my birthday. I think Victoria is trying to bump me off.

The cocktails all contained Agatha Christie’s favourite killing elixirs. Turns out Christie loved knocking people off, she literally took out basically every one of her made-up characters. 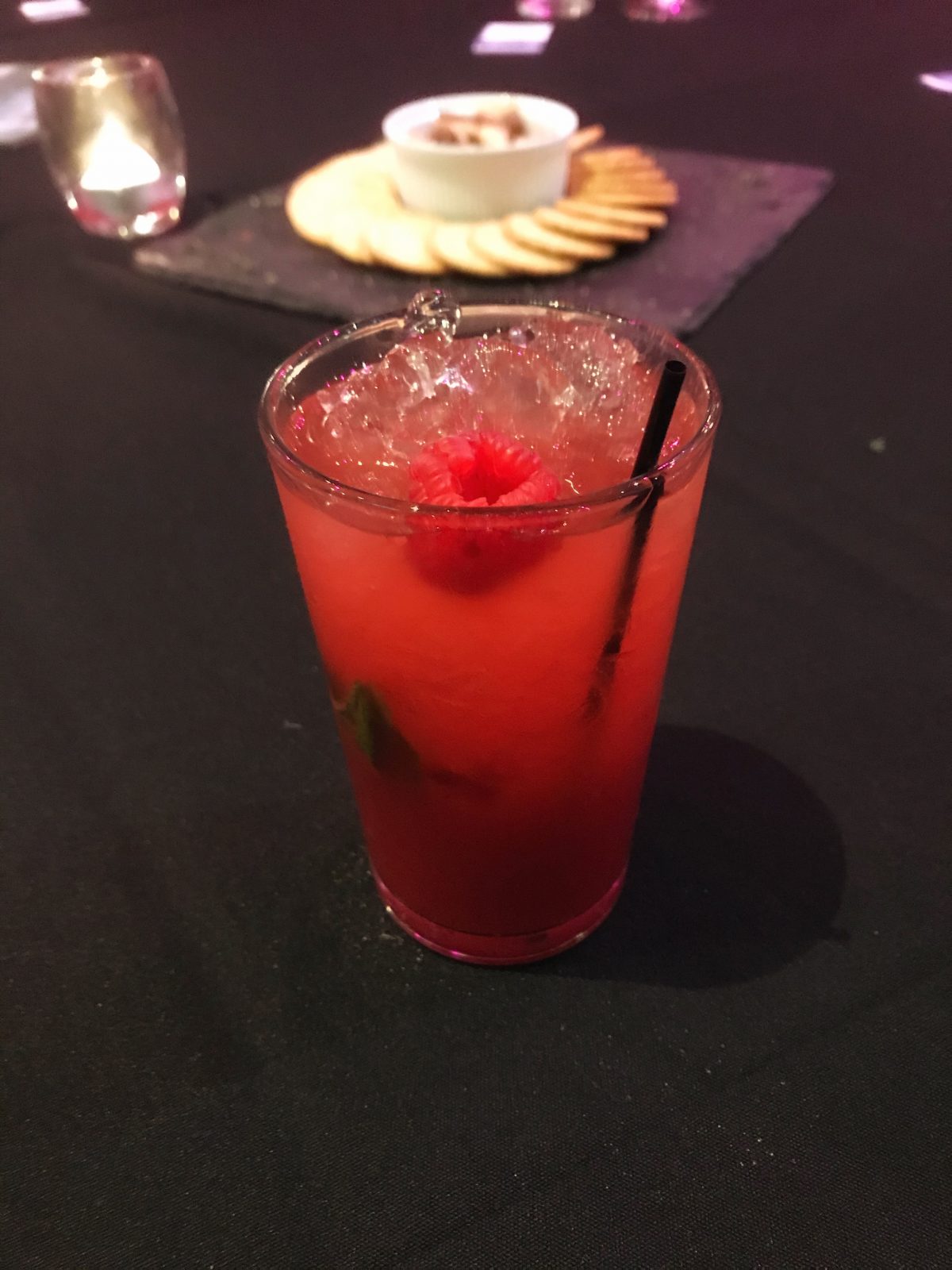 Turns out that cyanide is in a lot of things, and we all consume trace amounts of it every day. Our cocktail of Amaretto and Raspberry Mojito mix also contained trace amounts of cyanide. Amaretto is made from bitter almonds and bitter almonds are just a wee bit naughty. Probably shouldn’t eat any, or eat or drink anything that smells like them. But when someone gives you a cocktail to drink, flush it down. YOLO.

Cyanide stops the body processing oxygen in cells. When you are poisoned you start twitching, having convulsions and getting a headache, then you go into a coma, then you die. Rough stuff eh?

One story worth a mention here is reminiscent of everyone’s favourite Boney M song, Rasputin. The legend goes like this… Some guys wanted to kill him, so they baked a cyanide cake. Rasputin loved a bit of sponge so when he got the invite for an all-night cake party, he was there while the ink on his invite was still wet. He binged and binged on the cake until there was no more cake. The stunned attempted murderers couldn’t believe it, there was enough cyanide to murder a village in that cake, so they went onto plan B – get out the cyanide wine. The same thing happened.

As it turned out Rasputin was a walking cyanide antidote machine. On to plan C, how to kill a bloated and drunk Russian Monk that refuses to be poisoned? They just shot him. Job done. Until he woke up. So, in the end, they kicked the living Tsar our of him, wrapped him in a carpet and chucked him in a river. 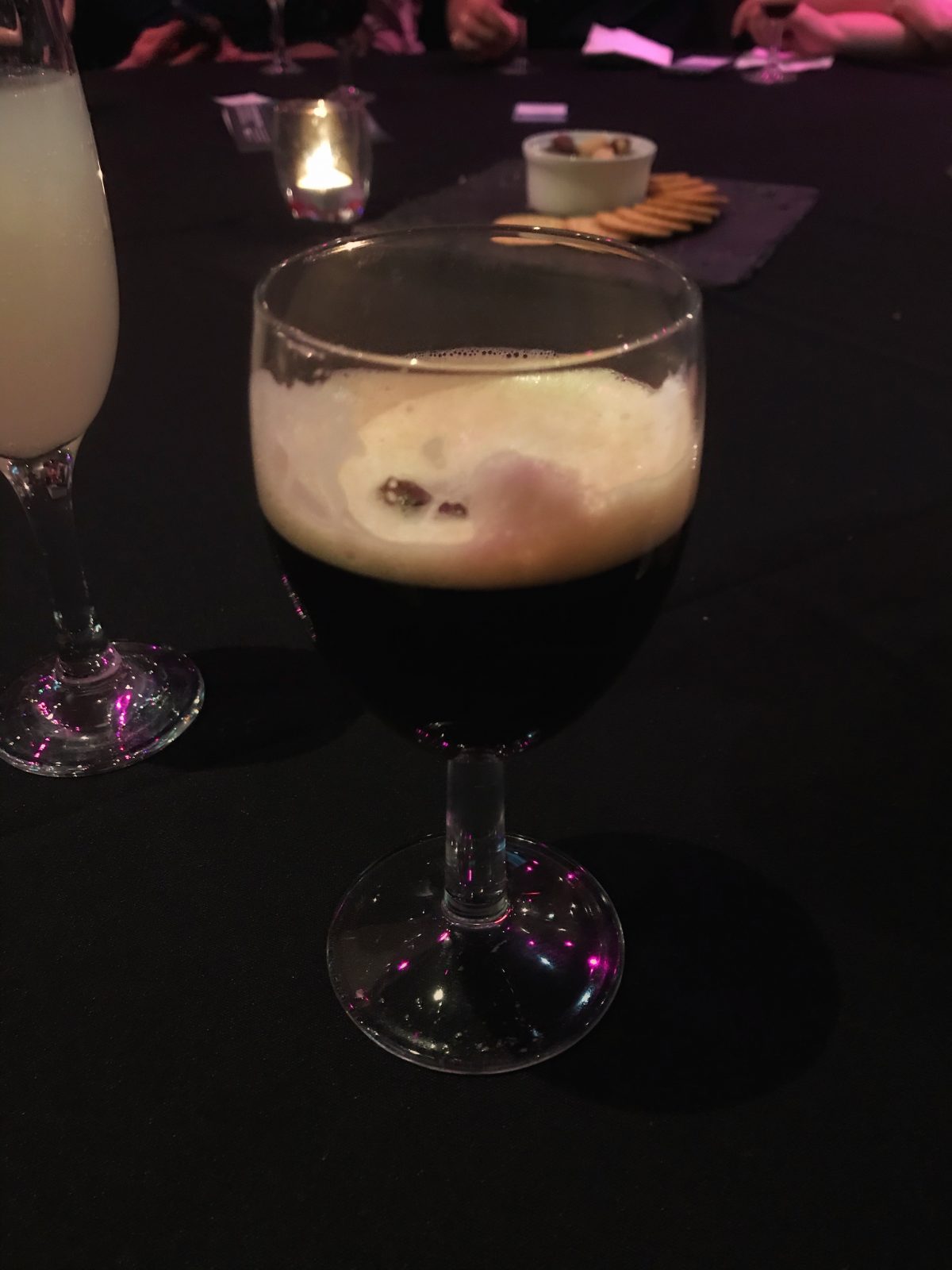 Caffeine is a wonderful thing, it’s the only reason I can function as a human being in the morning. But don’t drink 30 cans of Redbull because you will die. 10 grams of caffeine is a lethal dose, but don’t throw your latte out your car window just yet, a cup of coffee only contains between 100 and 200 milligrams of caffeine.

So the question on everyone’s lips is clear, what happens to spiders when you feed them enormous doses of caffeine?

A scientist with nothing better to do tried a handful of drugs on some unwilling spiders. He wanted to see how different drugs changed the way the spiders constructed their webs. The first drug he tried was speed, and the spiders spun their webs really quickly. The second was THC (which is the chemical from marijuana), the spiders spun a bit of web then fell asleep. The end results were lazily constructed webs. The third drug was LSD and the spiders went crazy with their designs, they created square webs with massive chunks missing. The final drug was caffeine. This messed up the spiders the most. I’ll let the picture below do the talking. 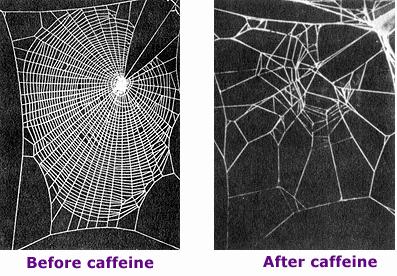 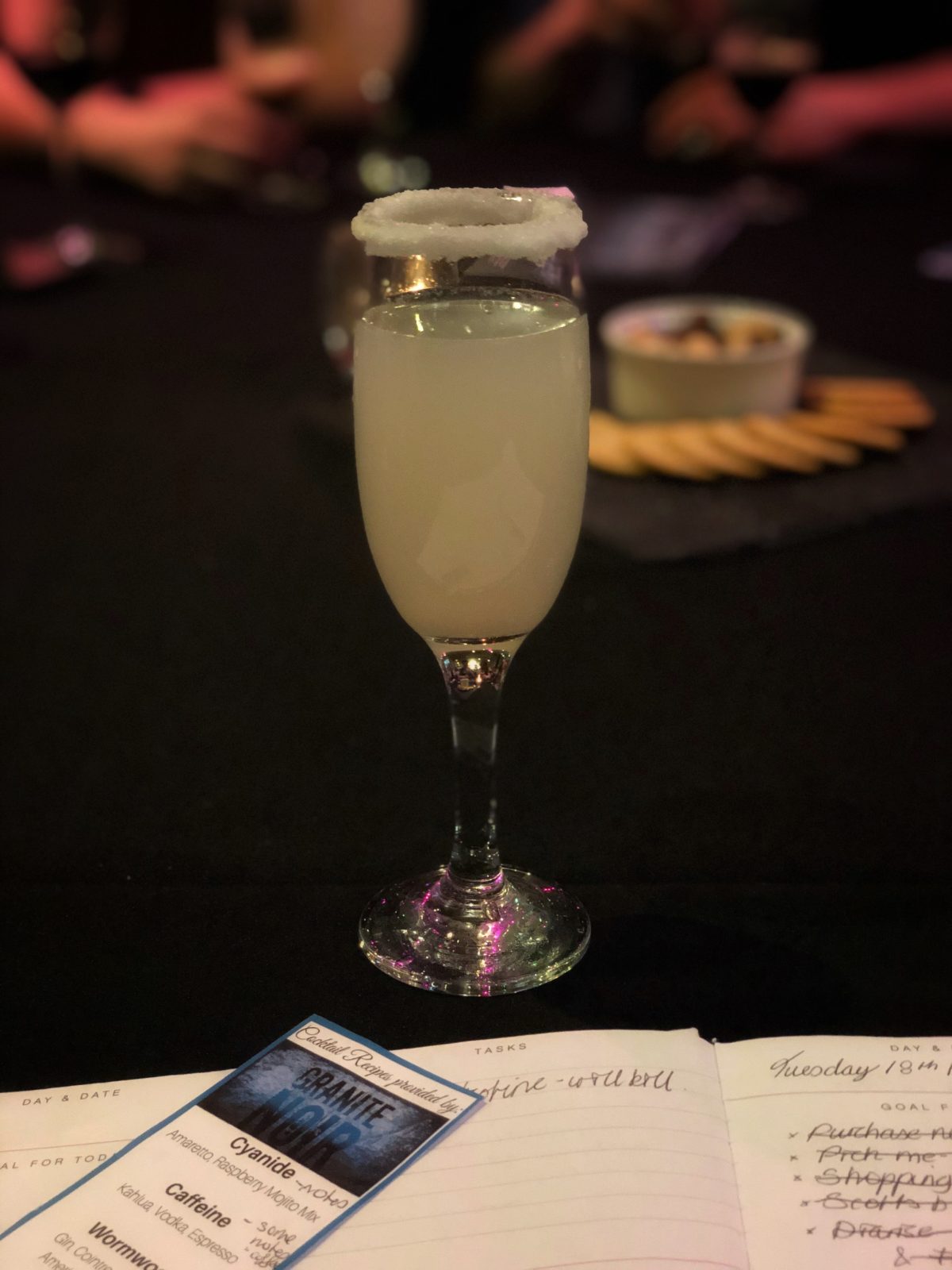 In the 19th century, there was a condition called Absinthism. Nowadays we call this Alcoholism. The problem with Absinthe isn’t necessarily its strength, it’s the ingredients it’s made from. Wormwood is used to distill Absinthe and Thujone is the deadly chemical found within wormwood. And here is the kicker, the concentration increases as you distill it. This is what made people go crazy.

Along with the already questionable ingredients, people would ramp up the green shine of the liquid by using copper. Nowadays we have these things called food colouring… Yikes.

Granite Noir is a wonderful festival for Aberdeen with lots of exciting events each year. We had around 30 events that we wanted to attend so really we should have taken the month off. Unfortunately, our mortgage provider does not allow for months off. Shame. Next year maybe.