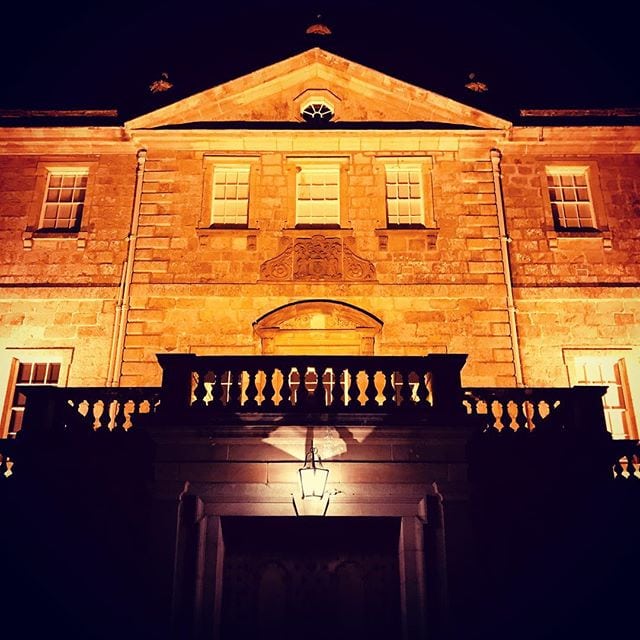 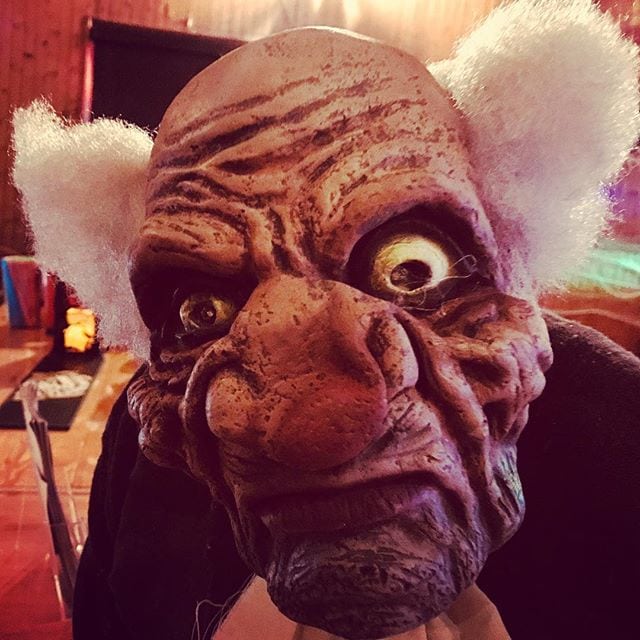 Haddo House is located deep in the heart of Aberdeenshire and is an exquisite home surrounded by acres of phenomenal landscape. Haddo was built in Georgian Fashion but has a predominantly Victorian interior following a refurbishment in 1880.

The Gordon family have lived on the site for over 500 years. Their previous home in the area, old Kellie Castle was burnt down by covenanters. The recent discovery of a Bronze age stone circle on the estate shows that the area was inhabited long before the Gordons took residence.

Haddo House was used as a maternity hospital during World War 2. Around 1200 babies were born at the estate. The house was taken over by the National Trust for Scotland in 1979.

So… other than burn victims, medieval madmen, wartime wenches and bad babies, what ghosts?

The Day of the Living Dead 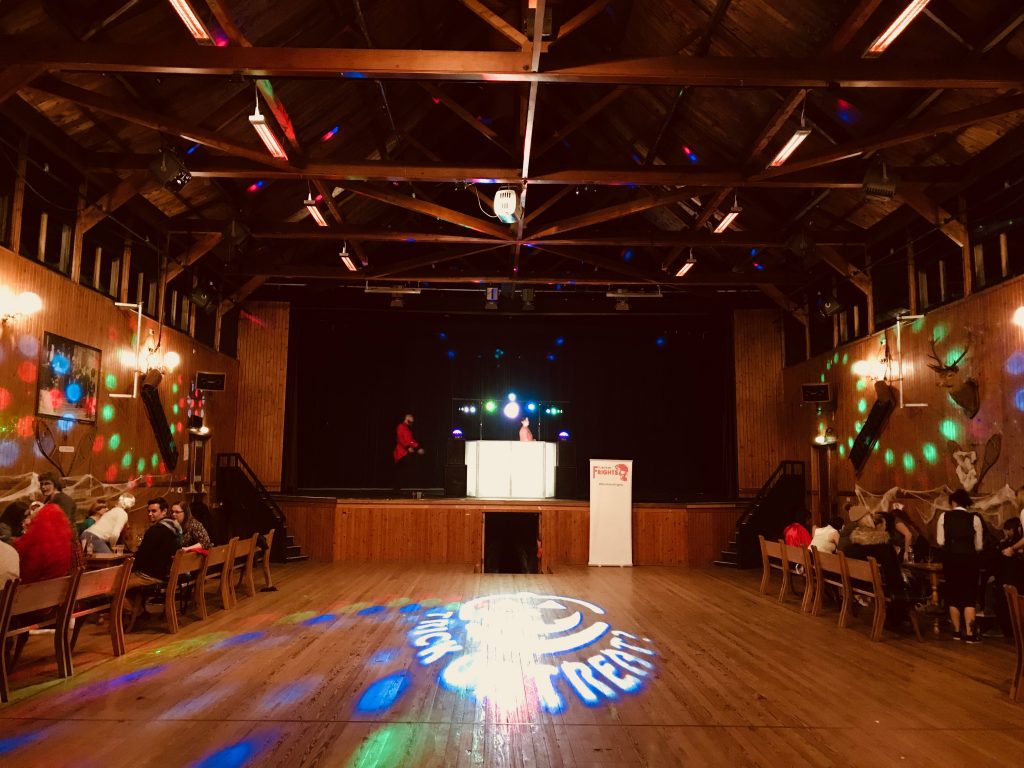 It turns out that you don’t need to splurge on Halloween costumes when life is handing you limes. I have been one tired little witch recently so the bags under my eyes could have opened their own shop. For some reason Scotts foot started acting up during the day of the event. So along with a bad back, he also had a club-foot, resulting in him looking a little like Quasimodo and me looking like the wifey from The Grudge. We were more than ready to get our Haddo Horror on. Happy Halloween lads.

No weetabix were harmed in the construction of this article.

After reading an article the other day by someone who said that they had gone all of October without touching a pumpkin, I’d been feeling a little hollow inside (huh, HUH?!). Just call me the pun-king. This has resulted in me feeling up a number of pumpkins across stores in the North East. 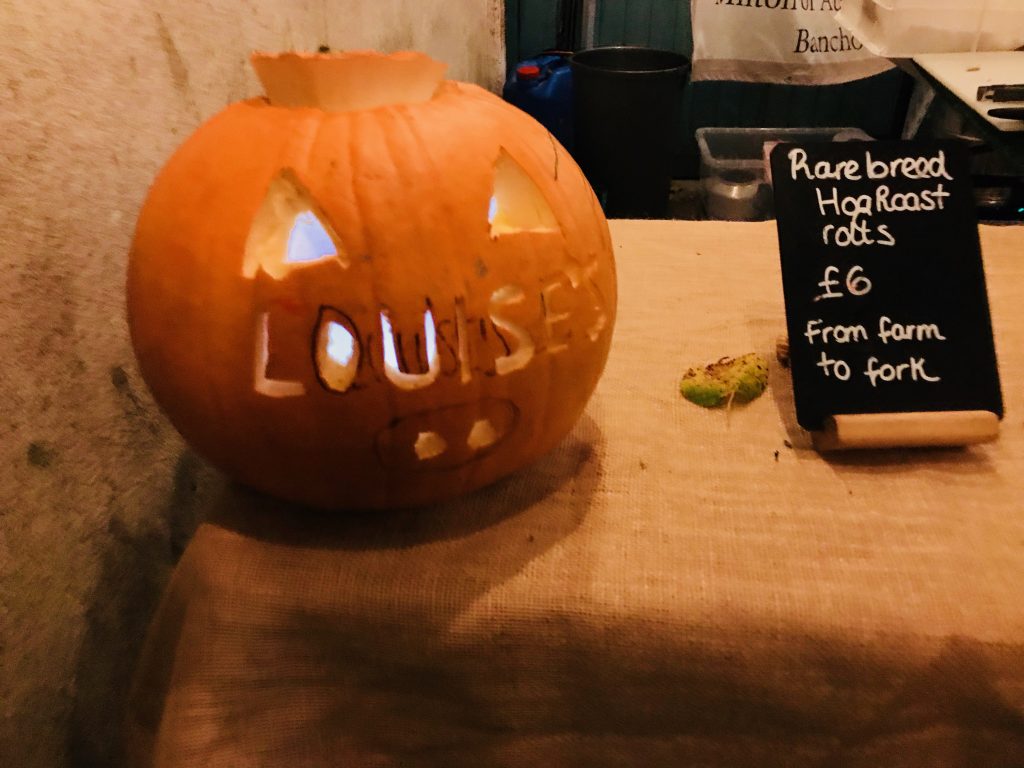 In a sordid attempt to get in the mood, I had spent all day listening to Halloween playlists (and Christmas songs but that’s another story) so I was more than raring for a ween bit of Hallow. I felt a little sorry for Scott as he could of done with resting in peace however I was keen on getting down to Haddo for the food and boos…

If you’ve got it, haunt it 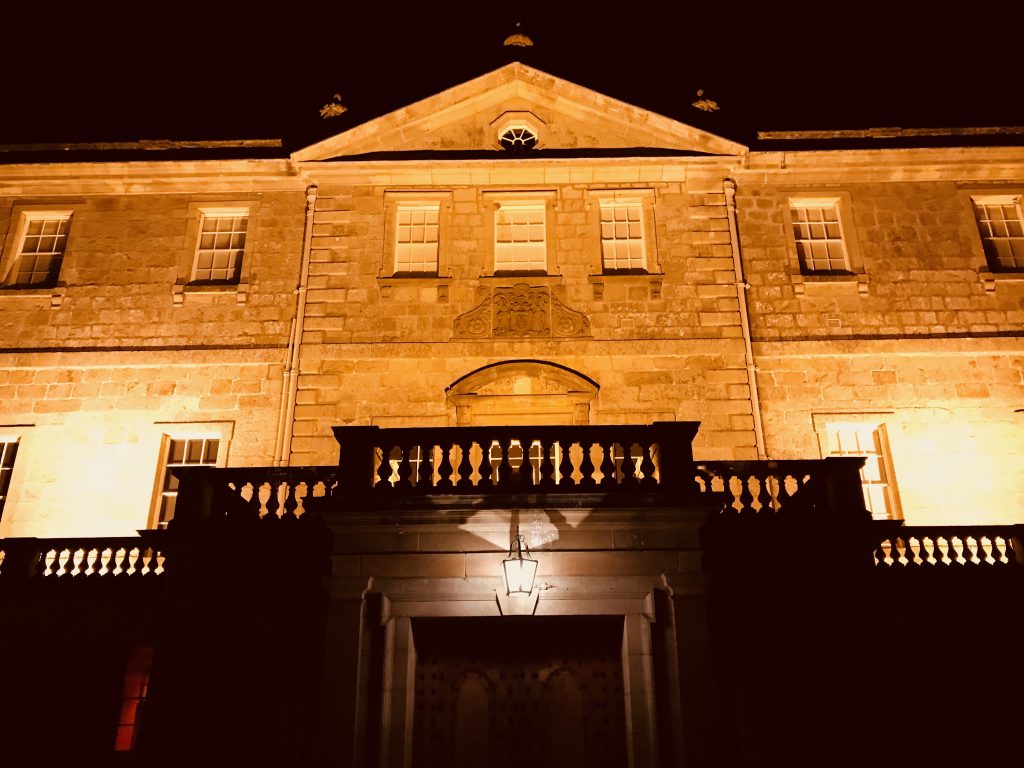 It was dead unnerving driving up the long and winding road towards Haddo House in the pitch darkness. It certainly never helped that a storm was approaching and the leaves had taken on cyclone status. Due to shocking eyesight and a nervous disposition, every leaf that hit the windscreen scared the bejeesus out of me. My over-active imagination was playing dirty tricks on me. During all of this, Scotts face was deadpan.

You could of heard a tin drop in the car park and at this point I was assuming that we were the only idiots stupid enough to go horror hunting without phone signal on a dark, stormy night. To add to Spookville, It wasn’t long before I started hearing a low rumbling noise coming from below me. Creeped out and unsettled, I begun searching frantically for the source of the rumble.

Thankfully it was just my stomach letting me know that the cheese ghostie cravings were real. SorryNotSorry… 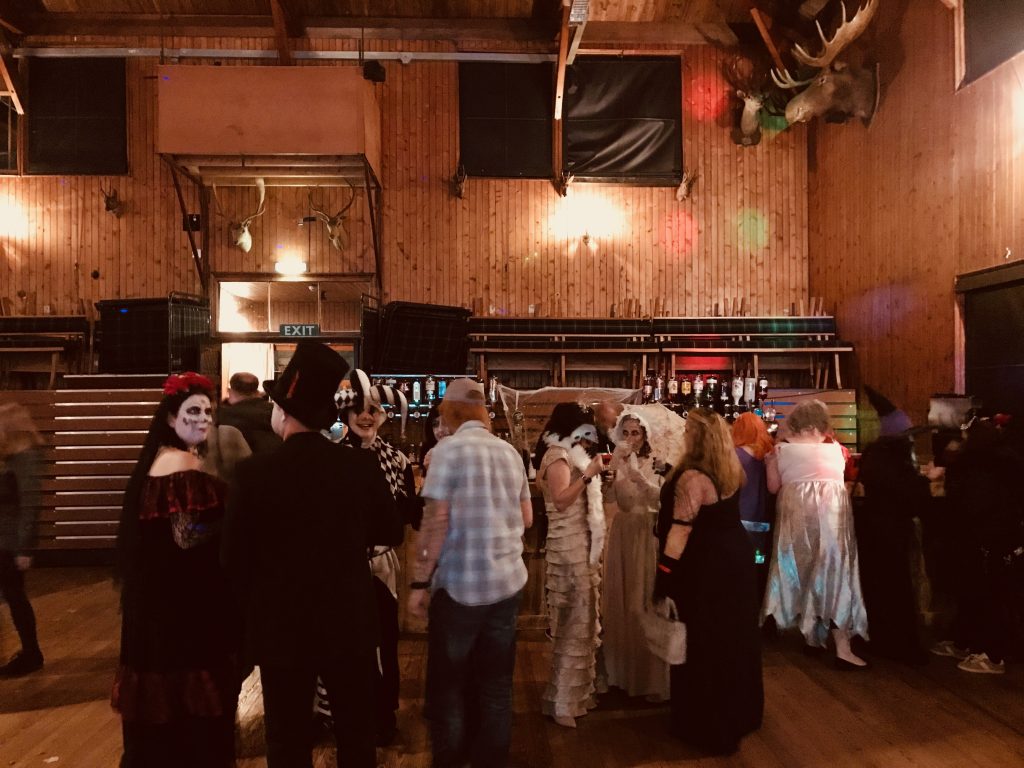 The event begun in a large hall sporting a DJ booth with tunes for the kids (we are on the wrong side of club 18-30 and any music that was released post 2010 is new to us). There was also a bar serving blood red daiquiris and other boos which I got stuck in to in order to settle my nerves. We were given a group number for entering the hell house. In the meantime, we were to enjoy a drink and await our fate.

A manny in a red jacket with a creepy face (not sure whether he looks like that normally) entered the hall through what looked like a black hole of death/secret door under the stage. When he called our group number, I felt my knees go just a tad bit wobbly…

Stay with me, I want be alone 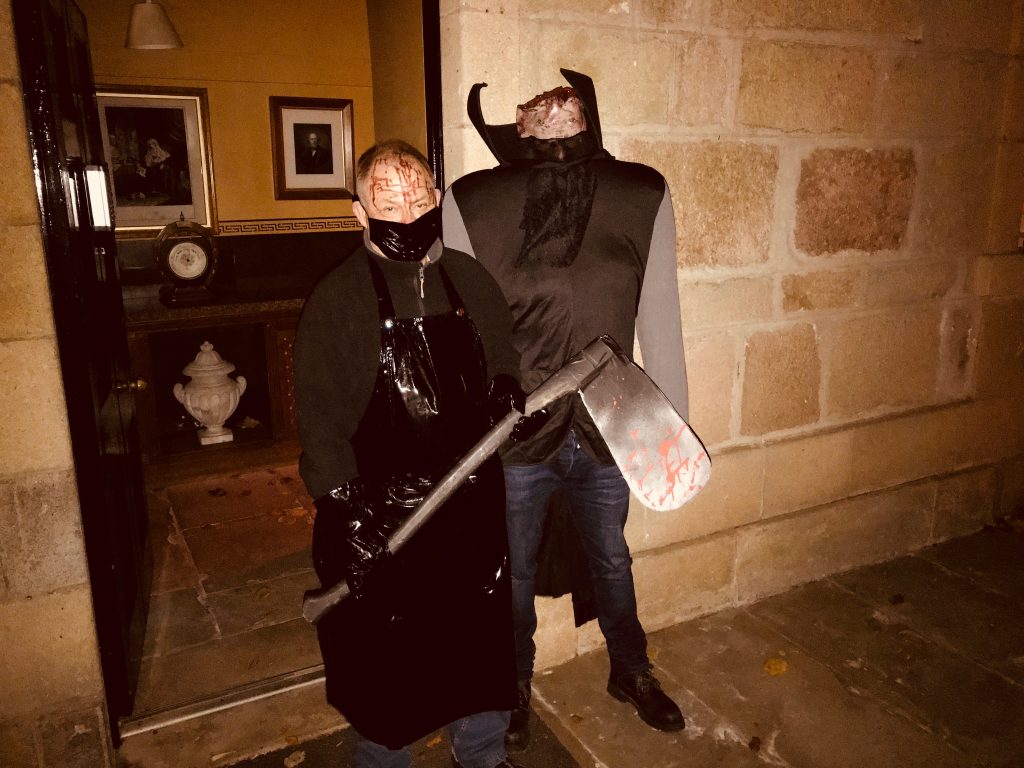 There were 6 of us in our group, or 7 if you want to include the freaky eyed wifey that appeared behind us from nowhere.

I plonked myself right in the middle of the group seeing as there wasn’t a hope in hell of me taking front or back status. Ain’t nobody got time for that. There was a couple in front of us who had massive balls and for that I applaud them. Unfortunately the couple behind us consisted of a girl who had absolutely no balls and was in tears within the first 45 seconds. Her boyfriend kept asking her if she was laughing or crying. She nearly flooded us right out of there.

Funnily enough, when you are in a situation like this, it is absolutely okay to cling on to whatever is around you. I had my hands on some guys jacket for most of the horror walk and the crying mess behind me was holding on to my bra strap as though it was a bungee cord. 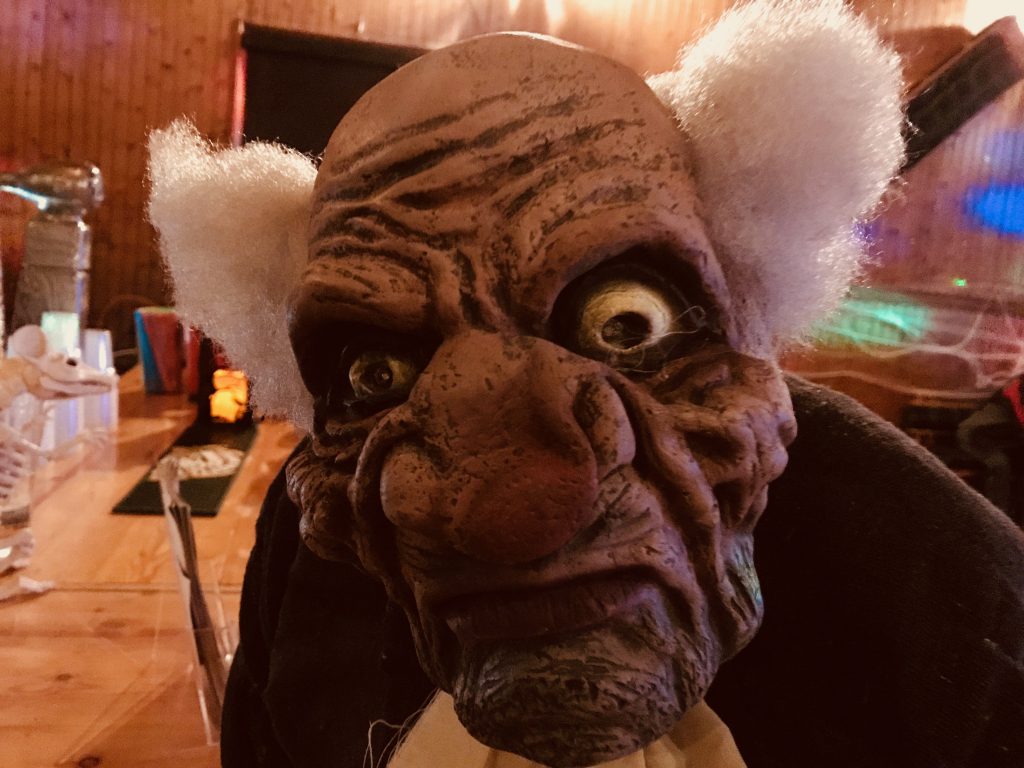 The theme of the night was 7 deadly sins and each of the actors involved in the night were big, stinking, creepy freaks. I think the most horrific beaut was the pig man. Just to give you a heads up, there was a dude with a pigs head on and he just stood and stared right in your eyeballs until your soul was and crushed and broken. There is something terribly wrong about a man in an animal head but it certainly dispersed the fear factor. Cue crying mess behind me nearly swallowing her own cheeks in blind panic.

Walking from room to room saw us come face to face with shouty, ugly, jumpy oddballs. A little like going shopping in Peterhead. At one point there were 2 weird faced hooligans staring right back at us, whoever put that mirror there has a lot to answer to.

What went from frights that gave us enough time to regain ourselves soon turned in to pure trauma. The last part of the house was definitely the worst. I didn’t hear any feet touch the ground on the way out of the house. I lost Scott and found myself again, hanging on to the man in front of me. He was using his wife as a human shield. Honestly, had this been a real horror set up, we would all be brown bread within the first 5 minutes. 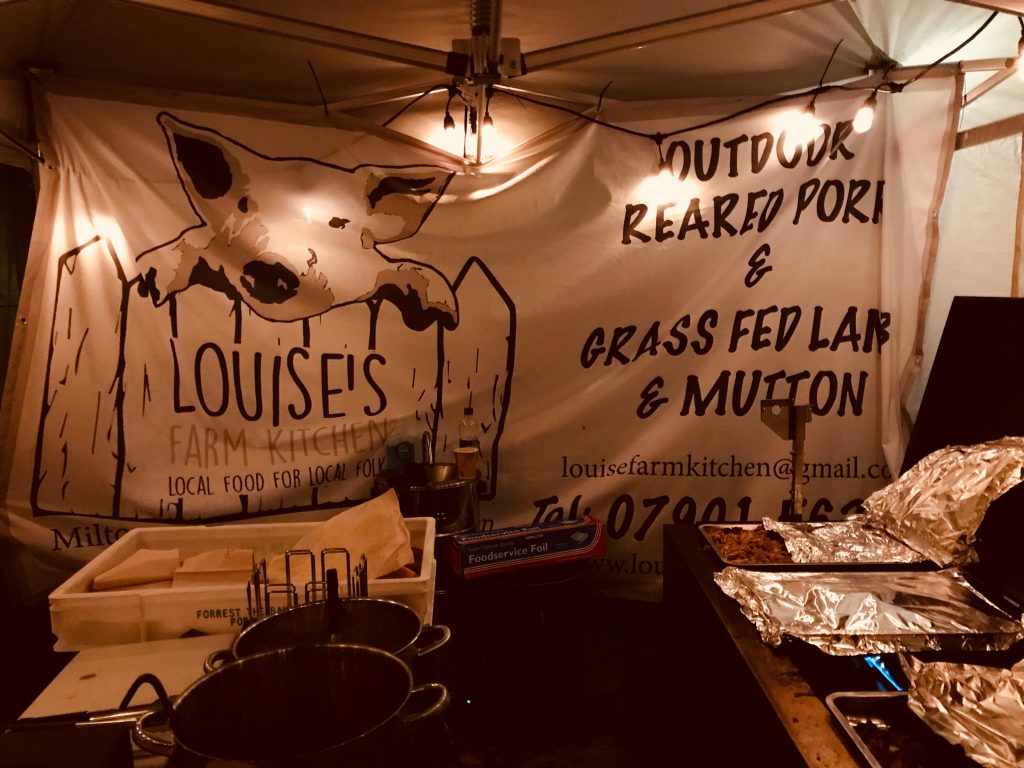 After leaving the house, we wandered slowly through the spooky grounds before popping over to Louises Farm Kitchen stand. Louise is a local lady who has a farm in Banchory. She has recently started a pop-up farm kitchen. The smell of the hog roast rolls was sensational, doing nothing to help my gravings. 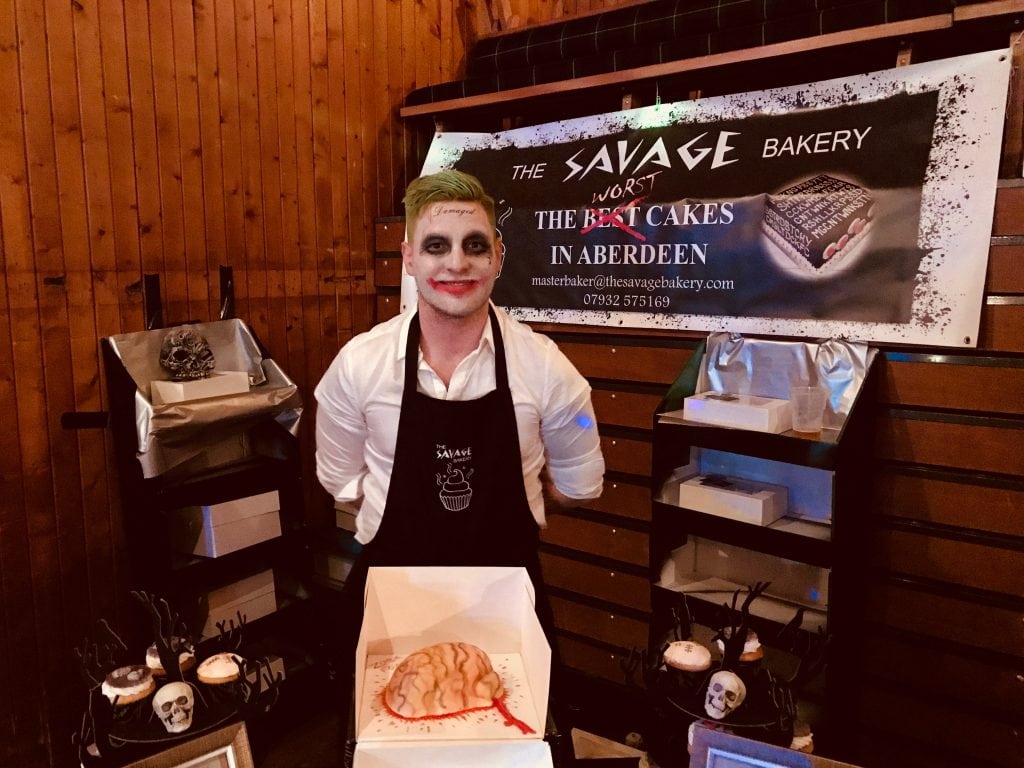 The Aberdeen Savage Bakery was also there with an array of brain food. Literally. All of their cakes looked disgusting but in the best way possible. The cheery looking joker at their stand looked all to proud of himself. Or dopey, maybe due to the fact that he was serving up his own brain. 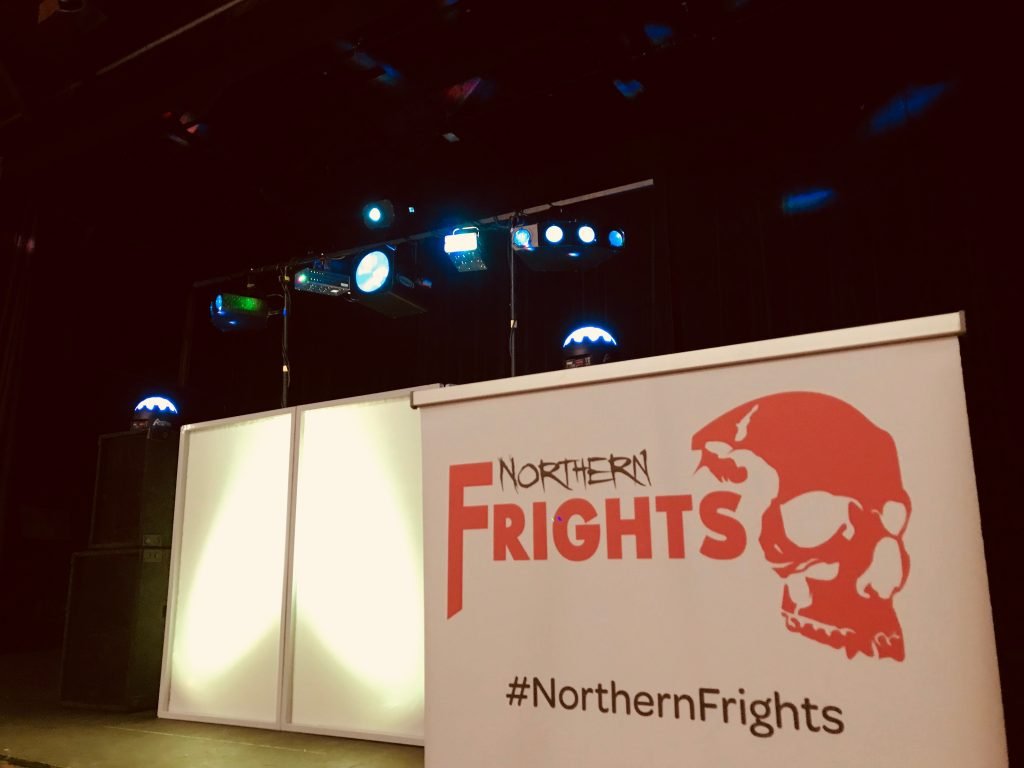 Northern Frights killed it with the Haddo Horror Event. Everything from the grand hall, to the horrendous house, to the superb cocktails was absolutely on point. In all honesty, this event could really develop in the future. If it was me organising it, I would hire all my exes and get them to hide in the grounds. That would certainly give the punters a good fright…

We would like to thank Haddo Horrors scream team for inviting us along to the event, we had a dead good time. Mwahahaha…