It’s unfortunate that Harry Belafonte couldn’t have joined us for our recent Tipple Box experience. But unfortunately, that banana boat has sailed. And you can probably tell by that shocking opening line that I am hungover and sitting in my granny’s kitchen surrounded by my riotous family. But that’s the best you’re going to get out of me at such a testing time. I enjoyed December’s Tipple Box during the only two days off I’ve had in 2018. And there was no way I was writing a Tipple Box Review (or any other review) during those sacred days off. 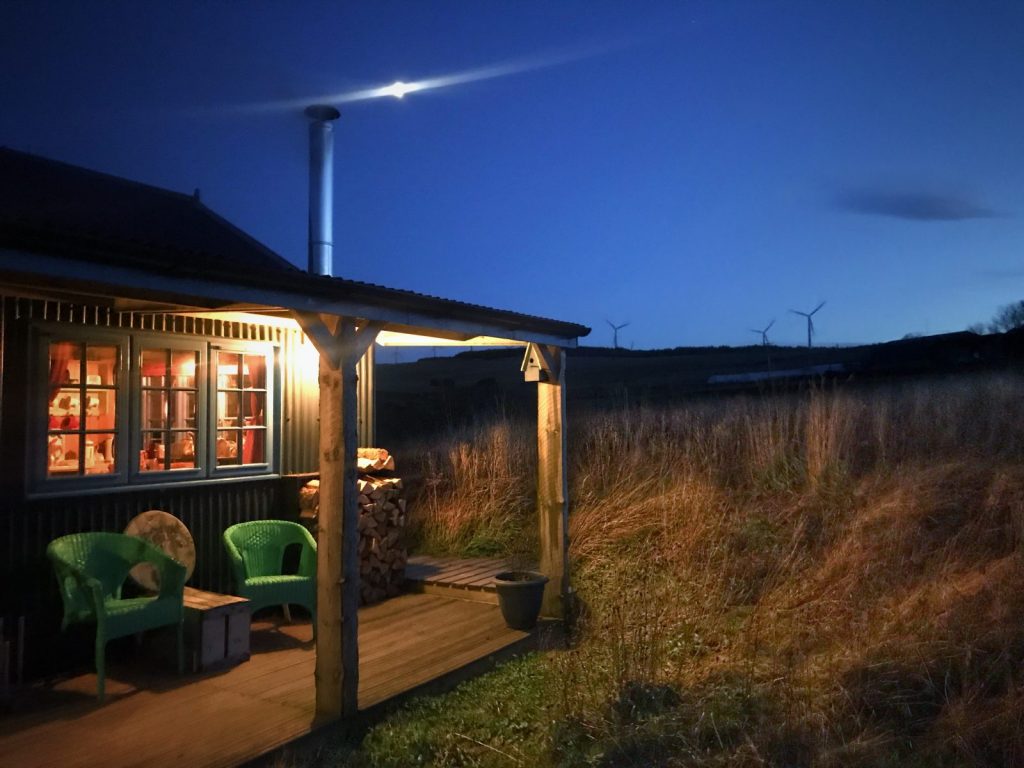 Those sacred days were spent in a bothy, in the middle of feckin’ nowhere. And other than spending the best part of 48 hours in the same room with Aye 2.0, mum-in-law and needy dog, it was bliss. And it gave me the perfect opportunity to put the Merry in Merry Christmas. 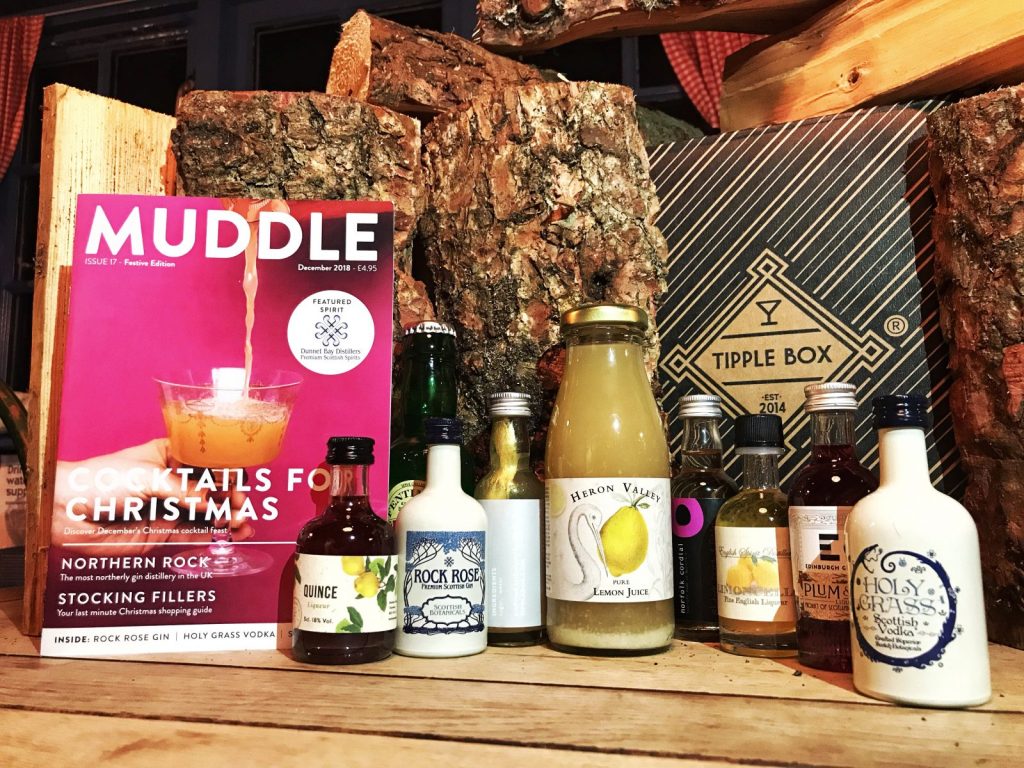 For once in my life, I was prepared. We had fresh local veggies from Lower Thorneybank Farm. We had a bottle of gin from The Teasmith Gin. And most importantly, we had December’s Tipple Box. And happy certainly wasn’t limited to an hour. 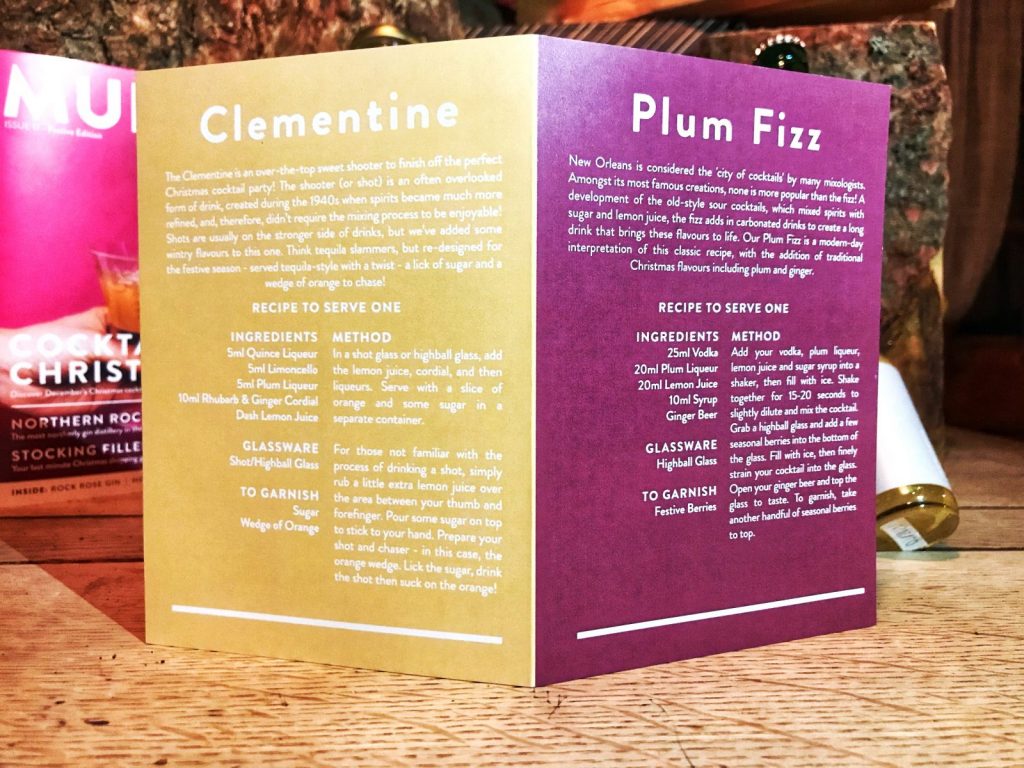 Mum-in-law had been hinting for Tipple Box playtime for the best part of a week. We knew the Barley Bothy would be the best place for it. It would also help us cope with being confined to one room in each other’s beautiful company for 48 hours. The first cocktail we made was a plum fizz. I had never had a plum fizz before but I was buzzin’ purely because of the use of plum liqueur. And I had plum liqueur at home. So this was going to be an easy replica.

As soon as I tried the punchy combo of vodka, plum, and ginger beer, I was brought straight back to Tales of the Cocktail. In New Orleans. Just without the heat. Or the epic Wild West surroundings.

Since being back at home, I have tried making a plum fizz with Biggar Gin instead of vodka and ginger ale instead of ginger beer. And without blowing my own trumpet, I think I’ve nailed it. Thanks for the inspo Tipple Box! 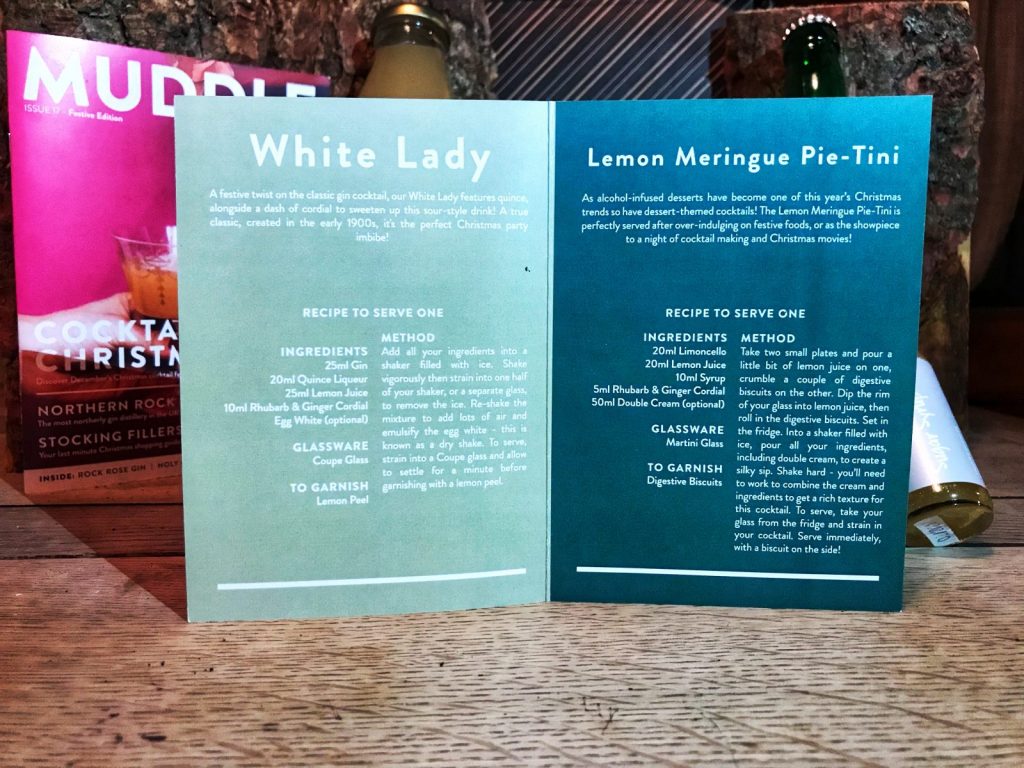 Gin, quince liqueur, rhubarb and ginger, and lemon juice. And apparently not that popular with mum-in-law who can’t get past egg white in a cocktail. I, for one, am a massive fan of egg white in cocktails. It provides such a beautiful silky texture and I just drooled on my boob. Quince gin and liqueur is completely on my radar right now. If you’re reading, Whitley Neill, send me a bottle. I’m fed up of not being part of your gang. Kisses.

So I am going through a massive phase of lemon meringue pie right now. I can’t get enough of the bitter lemon against the sweet meringue and crunchy pastry. It’s embarrassing how many pies me and Aye 2.0 have eaten over the last couple of months. So when we saw that this months Tipple Box was LMP inspired, we were getting warm feelings.

Seeing as we were in a bothy in the middle of feckin’ nowhere, we didn’t have double cream to hand. There were cows just up the road but I wasn’t about to get into that. And I don’t think the cows would have been either. So we made it without double cream and just used the bare bones of limoncello and rhubarb and ginger cordial. And I guess you could say it was refreshing. Which I love. But mum-in-laws face was the equivalent of a soor ploom. Which also made me happy. 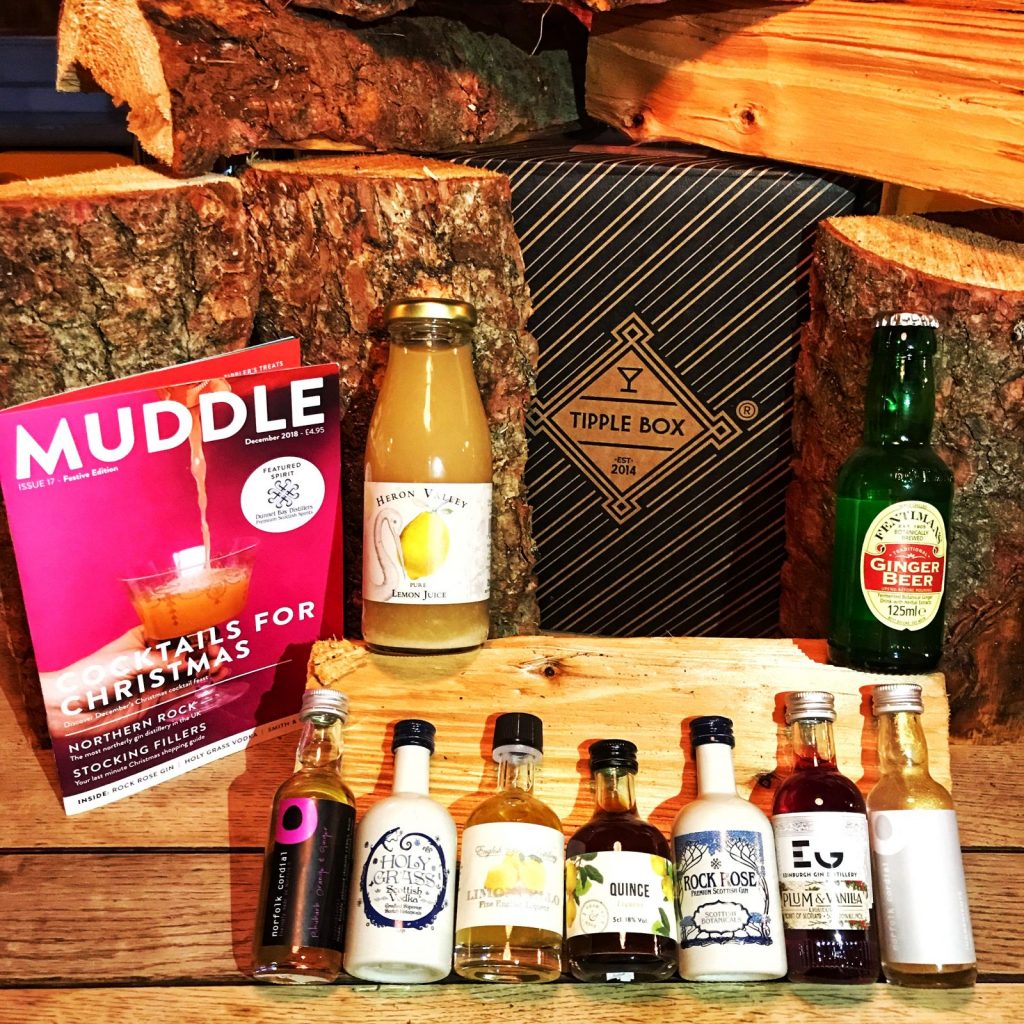 I draw the line at knocking back shots around mum-in-law. Like, that’s just not the done thing in these parts. Her face would have been far sourer than a soor plum. Which I am not ready for. The world is not ready for mum-in-law shots. So I still have a teeny weeny bit of each bottle left (which I snuck in my handbag to take home). Which means one night, very soon, I am going to be hot for shots. Watch out for her, in her natural habitat, boozy of clementine shots.

Dinna faff. If I’m telling you that you can get £10 off your first Tipple Box, take it. When do we ever get a box of cocktails half price? When do we ever get anything half price? So if you fancy yourself a classy new hobby, or a completely unclassy new hobby (depends how you look at it, to me it’s classy AF), stick AYELIFE10 in your Tipple Box basket for £10 off and a face that doesn’t represent a soor ploom.