I Ain’t Afraid Of No Ghosts

Well actually I am a little, but let me put my big girl pants on and tell you about some super spooky haunted castles in Scotland. 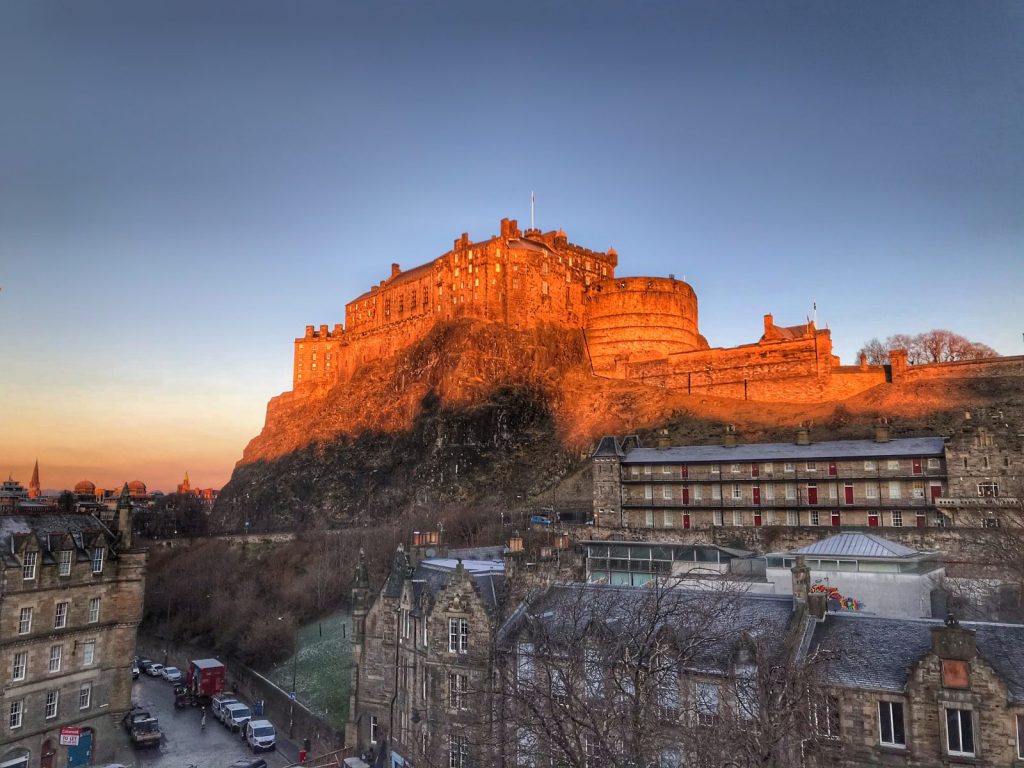 This must be the most famous castle in Scotland, being in the capital and all, but did you know it was haunted?  Prisoners from days gone by are said to haunt the dungeons.  There is also talk of a headless drummer boy whose drumming foretells danger for the castle.  I’ll maybe just stick to the gift shop from now on when visiting… 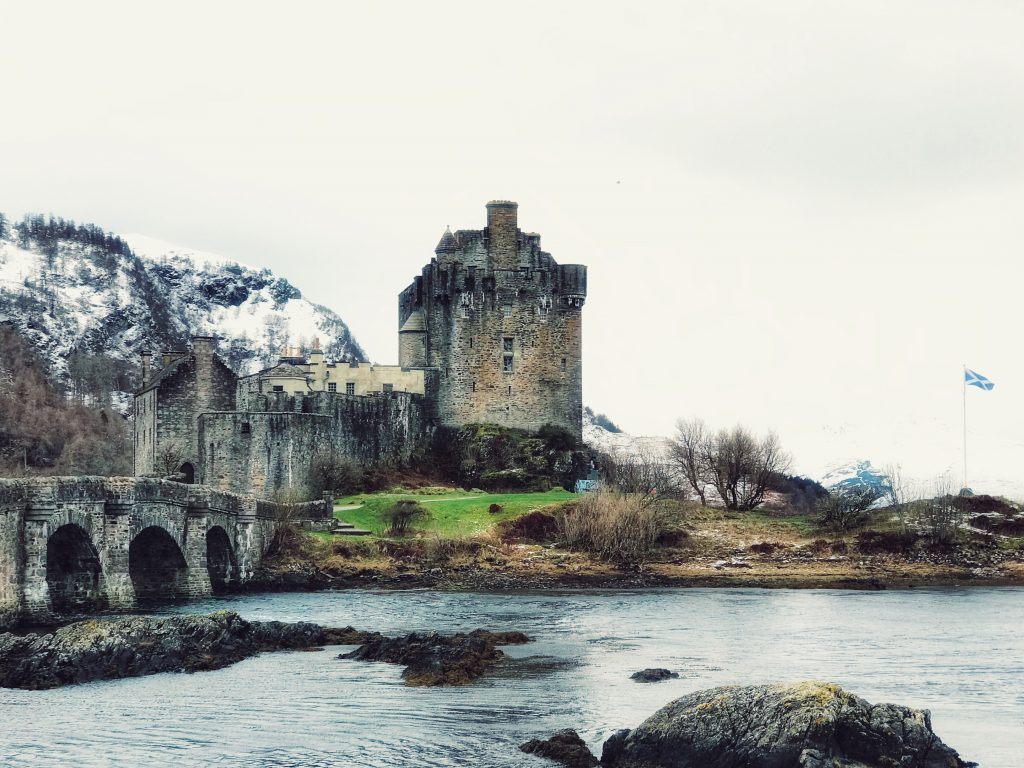 Another famous castle here in Scotland, set on a small tidal island on the Western Highlands.  It is picture perfect and adorns many a postcard but it’s a spooky wee place too.  Soldiers who stormed the castle during the Jacobite rebellion were captured and executed.  Each soldier’s head was displayed on the walls of the castle, to deter any other invasions.  There are often reports of a ghostly soldier who walks the area beside the gift shop (my gift shop ghost-avoiding lingering won’t work here then) clutching his head in his arms. 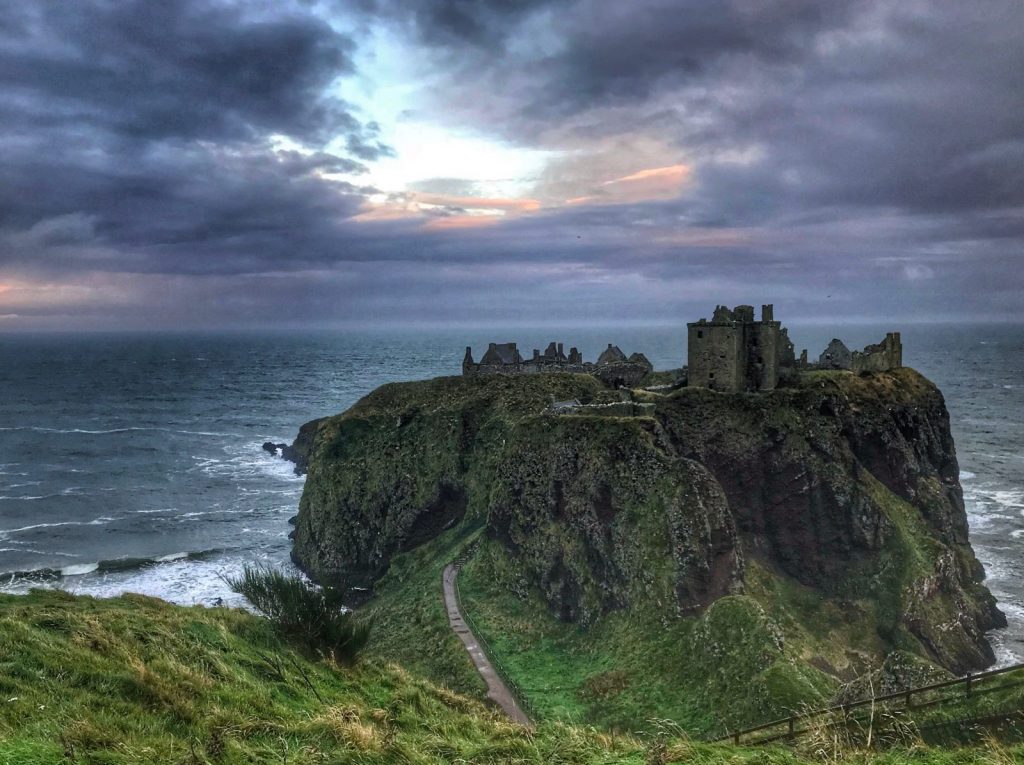 Located two miles south of Stonehaven, Dunnottar Castle is home to many ghosts. The most famous ghoul residing here is the ‘Green Lady’, and she’s thought to date back to Pictish times. The castle has stood on the clifftop for over 1300 years and has seen its share of attacks over the years.  No wonder there’s a fair few ghosts around.

Now, this is meant to be one of the most haunted castles in Scotland.  It is home to at least nine ghosts, which is a bit greedy if you ask me. Both a ‘Grey Lady’ and a ‘White Lady’ waft through the corridors of the castle in the evening.  There is also a secret room within the castle, its location remaining a mystery to this day.  Aye, that’ll be the secret bit then. 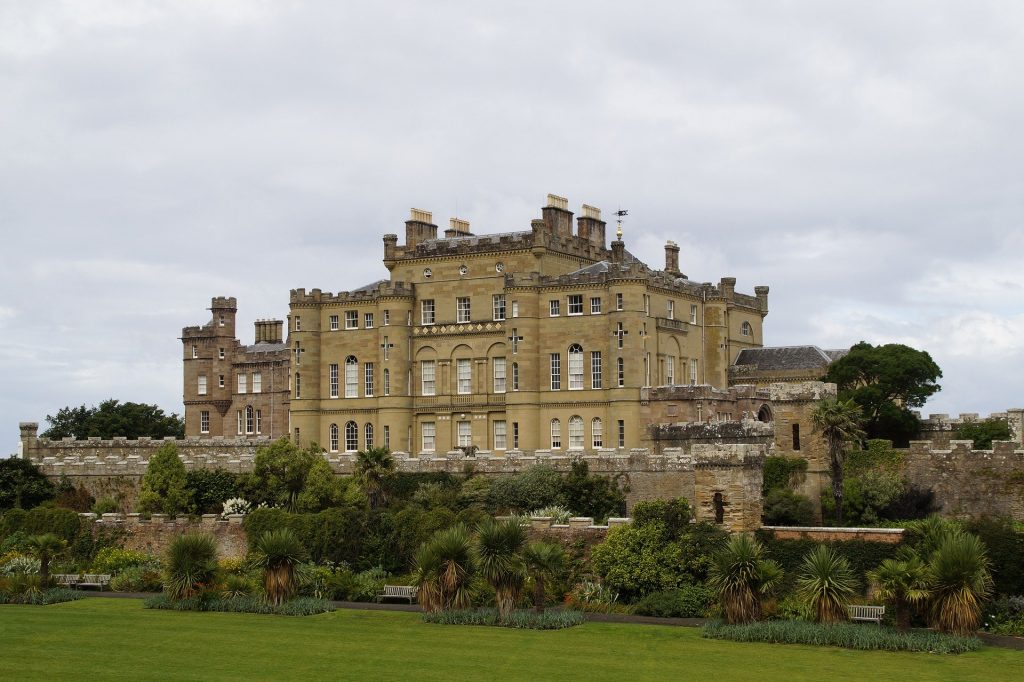 Sitting proudly on a cliff face on the Ayrshire coast, this castle is a right bonnie one.  But next time you visit, listen out for a skirl from the ghostly piper who can be heard in the grounds of the castle.

It is said that a ghostly Highlander runs amok in this famous castle.  He is dressed in full Highlander clobber and has been mistaken for a tour guide. When visitors approach him, he turns and disappears.  And if I ever saw him you would also find me disappearing. Like, very quickly in the opposite direction. 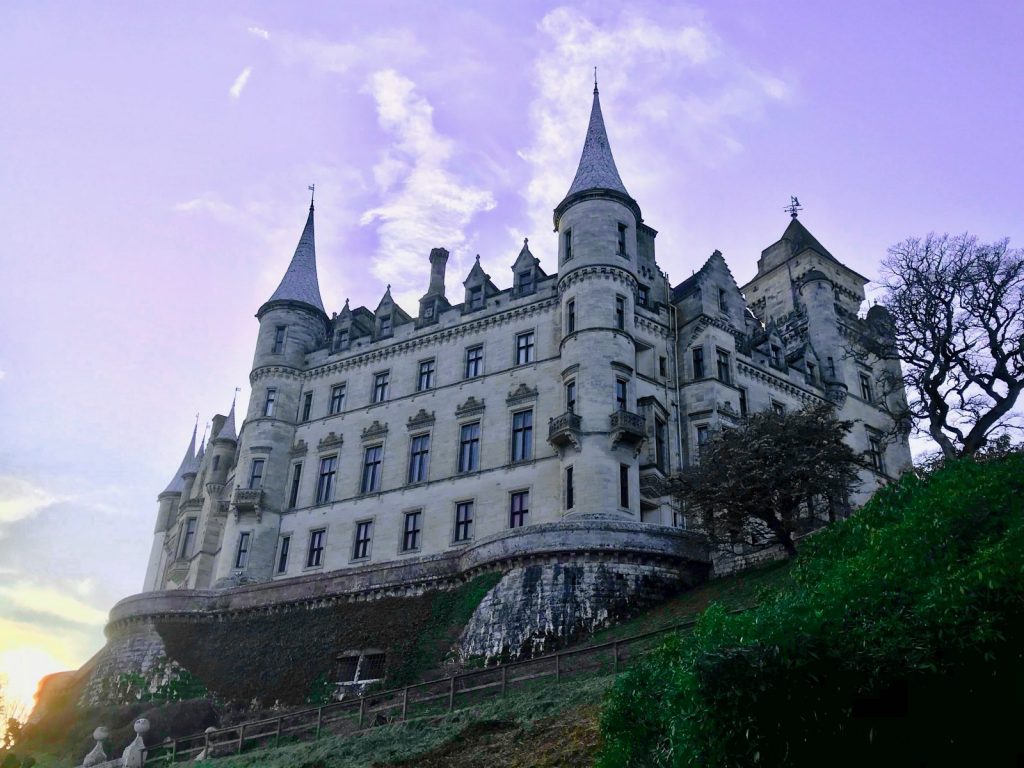 Dunrobin is a stunning castle boasting an impressive 189 rooms!  Imagine hoovering all those…anyway I digress. Within the upper rooms of this mahoosive castle is the ghost of a young woman who was imprisoned by the Earl of Sutherland.  She was having none of it so tried to escape by climbing down a rope of sheets, but she fell to her death.  Her crying can be heard from the room to this day. 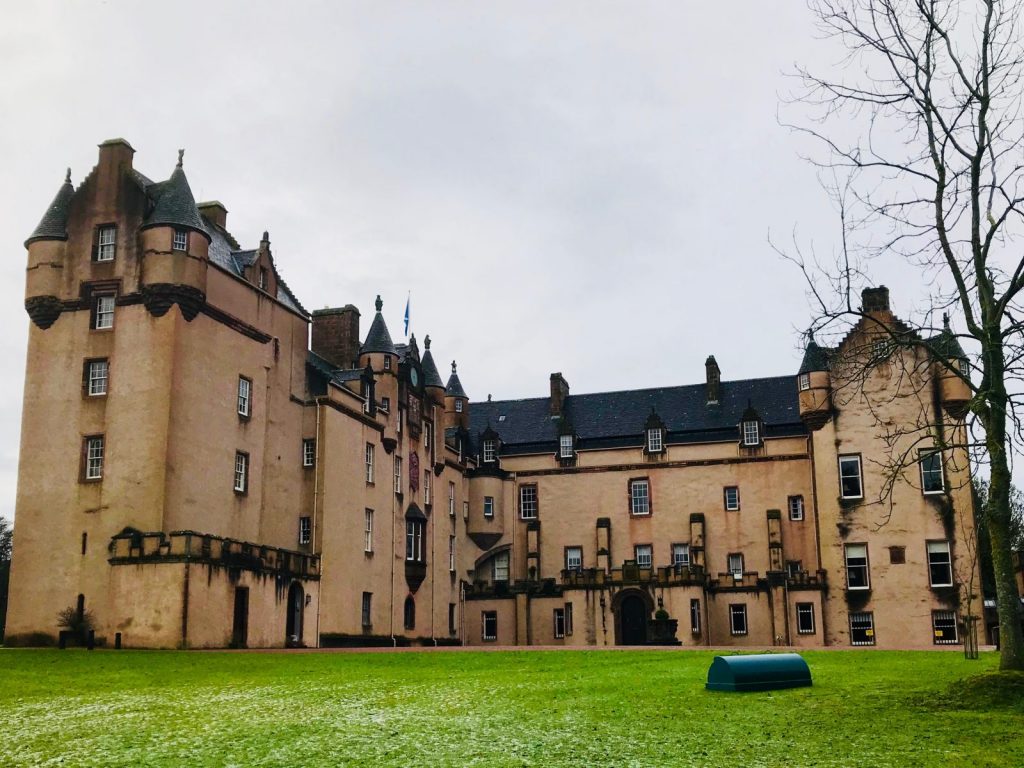 This 800-year-old fortress is haunted by the former Lady Lilies Drummond.  She was the first wife of Lord Seton who resided there in the 17th century.  Lilies sadly died and not long after her death, Seton married again.  The morning after the wedding night with his new wife, Lilies Drummond’s name was found freshly carved on the window ledge outside their room. I’m guessing she was none too impressed that he shacked up so quickly with his new missus.

Cortachy Castle, Angus
This castle has been in the Ogilvy family for over 500 years.  There is said to be the ghost of a drummer but many different accounts of who he actually was.  Anyway, turns out he did something affy bad and as punishment, he was thrown from the battlements inside his drum. Ouch. He is now allegedly heard banging his drum when a member of the family is about to die at the castle. Now that is proper spooky!

The most famous ghost that hangs around here is that of a murdered princess.  The poor lass was supposedly dragged down a stone staircase which left a bloody trail that couldn’t be removed.  The steps were then covered in wooden panelling that you can still see today.  If you dare visit that is.

So if this has got you all fired up for a ghost busting mission of haunted castles in Scotland, don your beige boiler suit and check out some more spooky haunts in Scotland.