An Afternoon at the Highland Wildlife Park

On a cold winters day, in a Passat bound for nowhere, we ended up in the Highlands, we were both too cold to move. The temperature had dropped and so did the penny as Scott finally got the hint that I wanted to go see myself in bear form. FYI, there is a polar bear in the Highland Wildlife Park with the same name as me and she has just had a BABEHHH! So at least one of the Victorias is finally a mum. Unfortunately big V was hiding her wee babs in a cosy wee hut so we never actually got a good look at the little one. This was probably a good thing as the poor thing would have gone deaf with my loud admiration. I feel like Victoria the polar bear is just me without the blogging. 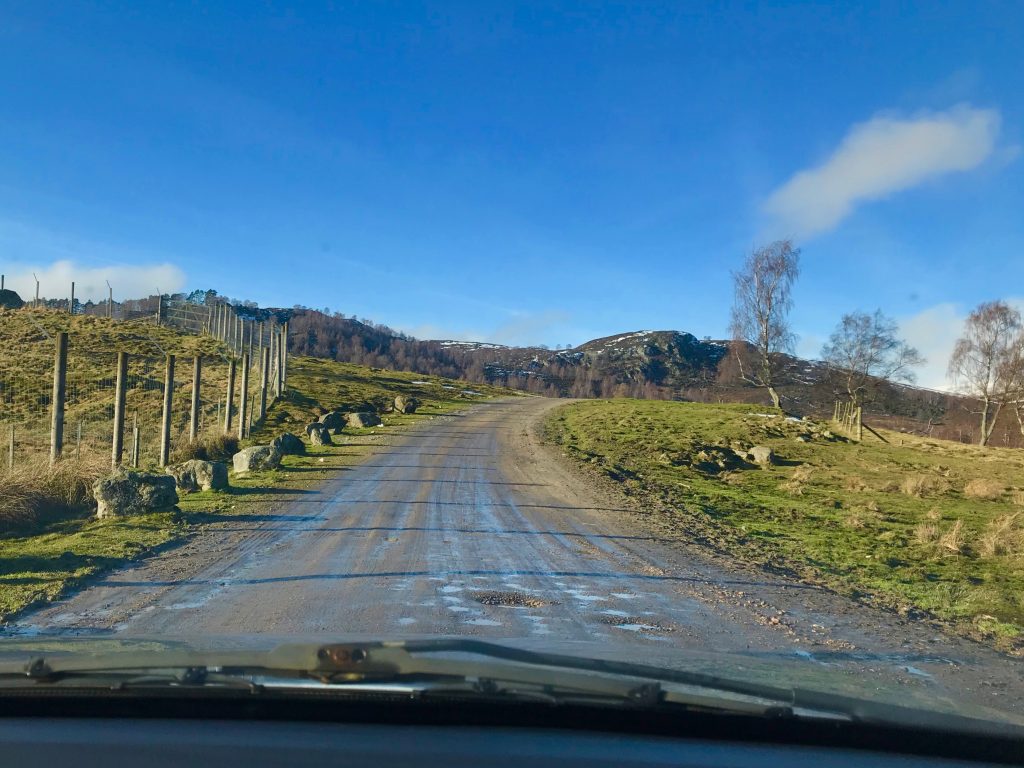 The Highland Wildlife Park is in Kincraig, Kingussie, a 53 minute drive from Inverness. The animal hangout is run by the Royal Zoological Society of Scotland. Since the park opened in 1972, it has overseen substantial growth both in acreage and species. Originally the park was created to project local Highland wildlife that one would unlikely see during a trip to the Highlands. As the years rolled on and more species became endangered, the park has adapted to reflect this. The local Highland wildlife numbers have reduced, replaced with a range of exciting new pals from the Tundra.

Welcome to the Highland Wildlife Park

The drive from Inverness to Kincraig is lovely. Towering fir trees scatter haphazardly over the almost-threatening hills and valleys. Snow and Christmas were long gone in Inverness yet the Highland hills looked like Christmas puddings. I was ready to tuck RIGHT in. 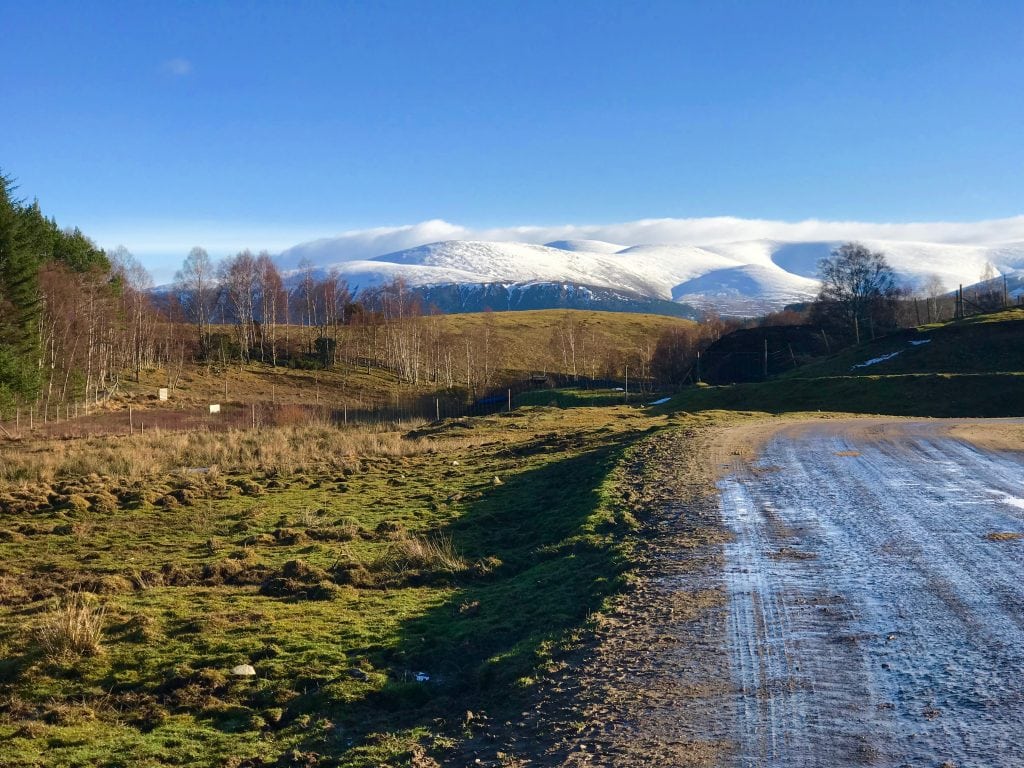 Upon arrival, we were greeted by a chap in a tiddly out-building. This is where they find out if you’re a tourist so they can go through their tourist to-do list. This includes all of the standard formalities like ‘don’t feed your children to tigers’ and ‘don’t try and cuddle a stag.’ You will also be given a map of the park which will save you from camping out overnight with llamas. We had visited in the Summer, so we already knew our elks from our yaks. 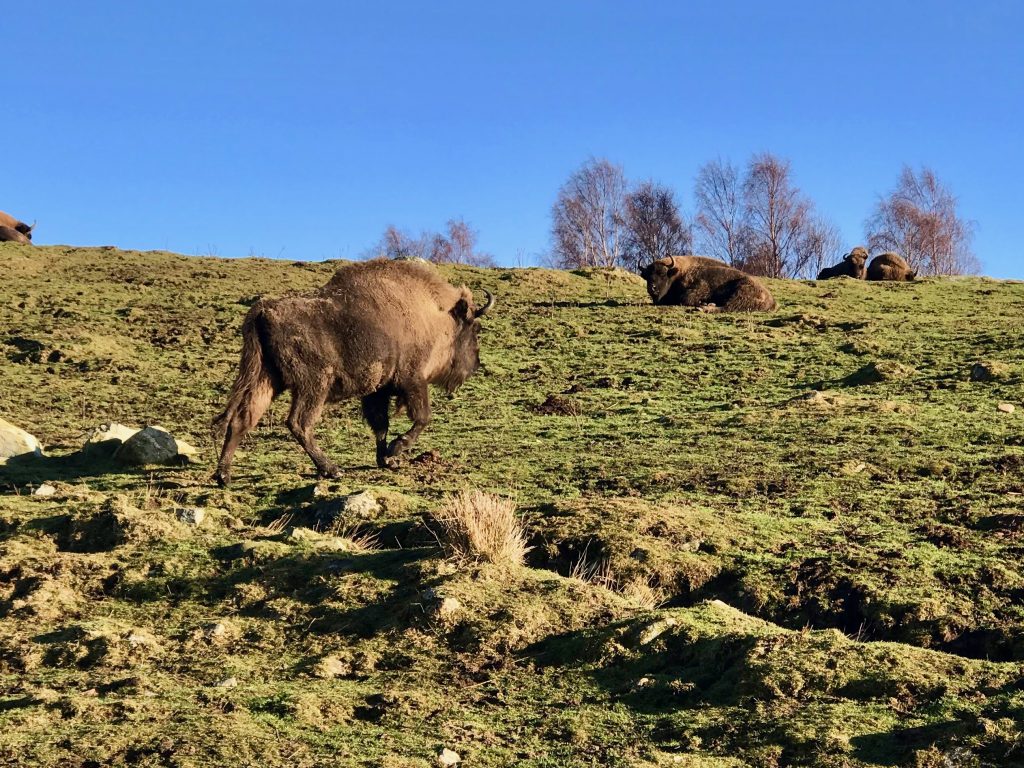 The Wildlife Park is huge. There are lots of different enclosures set over rolling hills. The first part of the experience is the drive-through. You aren’t supposed to get out of the car and to be honest, you’d be a massive idiot if you did. The park is packed with big stags, wee stags and no doubt angry stags if you crept into their territory. 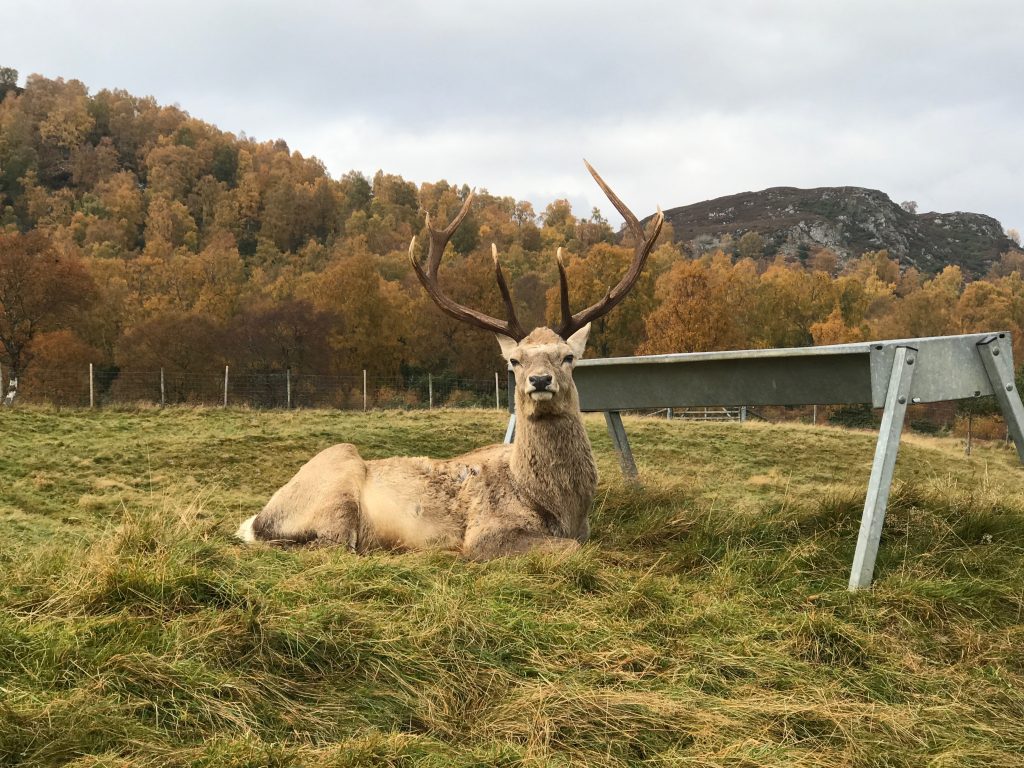 During our trip, there were even toddler staggies. Although I’m not 100% sure how old they were, they had cute wee baby antlers. So whilst I ‘aww’ed’ my way through the park, Scott shouted repeatedly for me to take photos. WHICH is difficult in a moving vehicle. 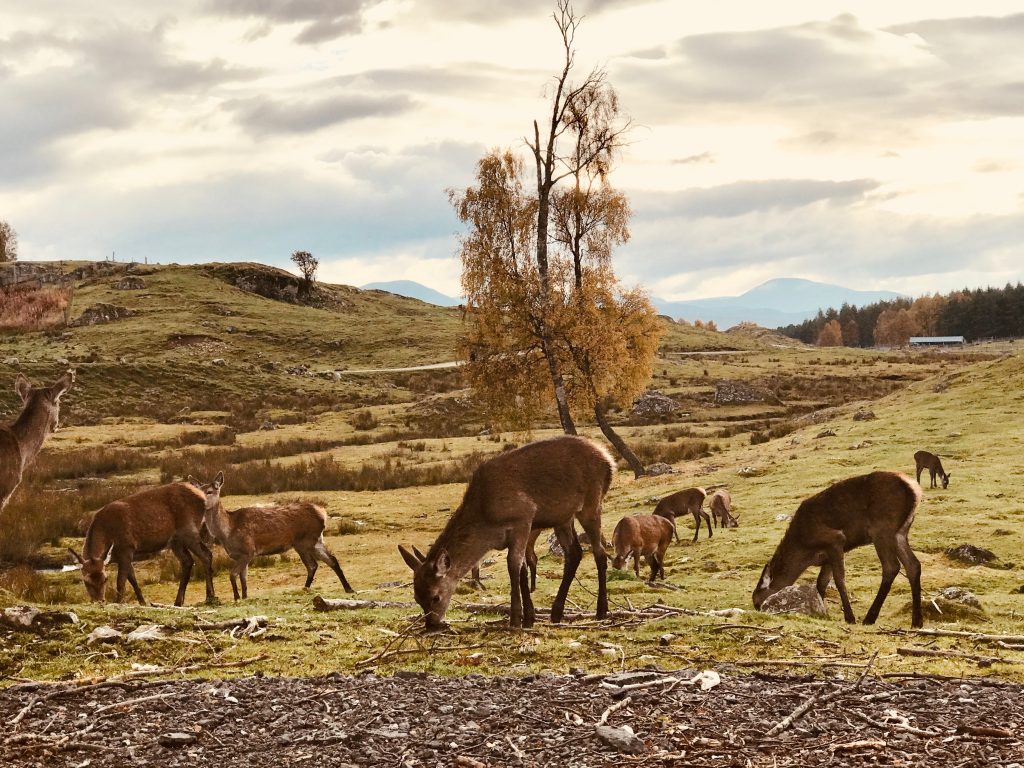 The Stags weren’t alone. Bison the size of Jeeps sauntered over the hills, nonchalantly eyeing the car with more interest in their supper. Understandable. 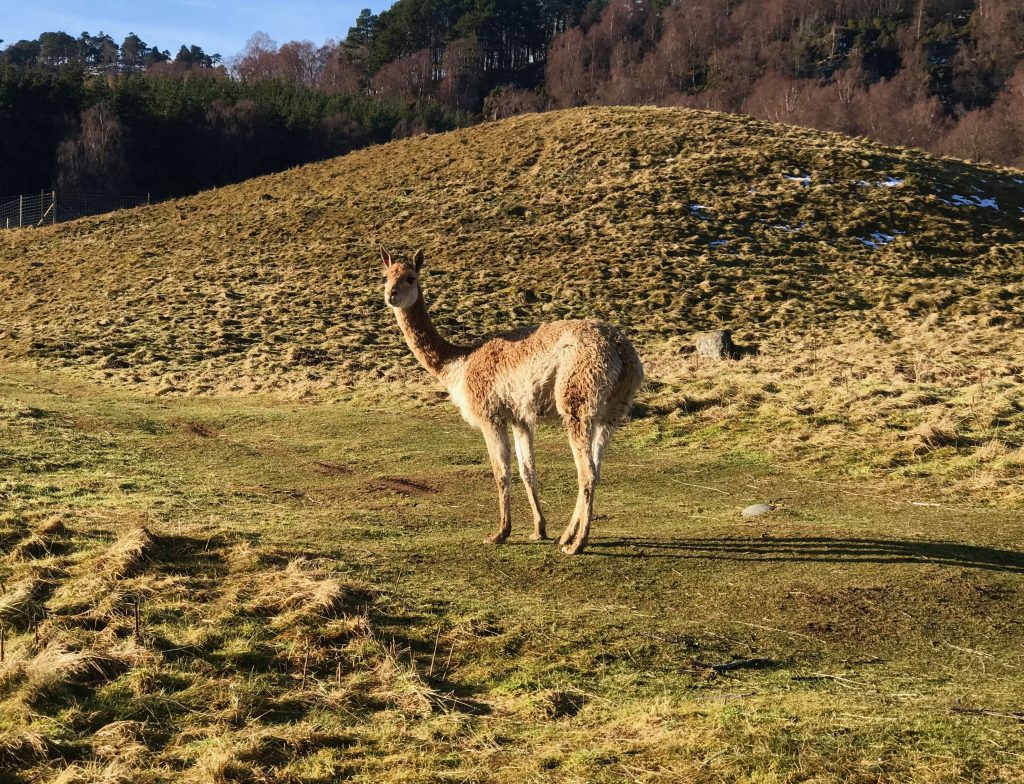 Bad puns make for a good day. I have always been a bit feart of llamas after seeing one spit on my cousin. Since then I have never really looked one in the eye. So when I was told to get my Attenborough-age photo skills out, I wasn’t even a little bit keen. The official name for this creature is actually Vicuña, a type of camel that is related to the llama family. Llama leave you with that.

Along with the iconic Highland stag, camel-odic llamas and bison, Bukhara deer, European Elk and highly-endangered Przewalskis horses roam the wild terrain. The Przewalski Horse, usually found in Mongolia is the last official ‘wild horse’ and the only living ancestor of the domestic horse. We did actually see more of the wildlife roaming around the Drive-Through during our Summer trip but the views in July aren’t quite as stunning as the snow sprinkled backdrop in Winter. 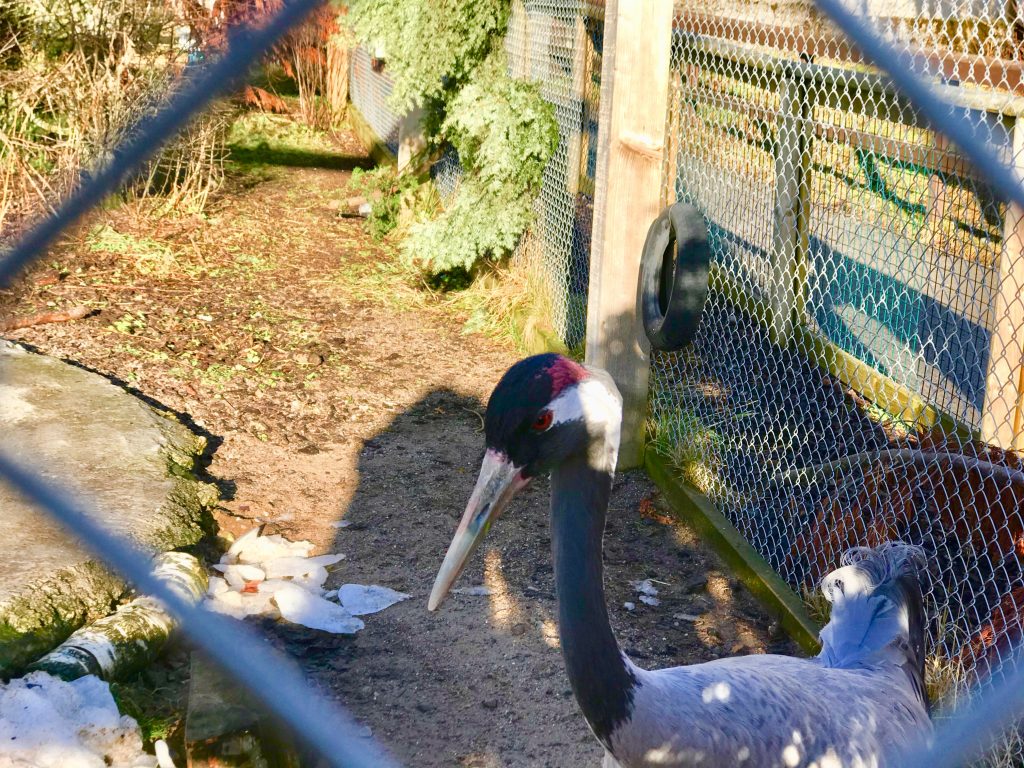 Following on from the drive-through, we pretty much had the enclosures all to ourselves. Nobody is better equipped to tackle the elements than a Highlander and her complaining Aberdonian partner. These pampered Aberdonians don’t know what real cold is. Our first stop was at a Eurasian Crane which is not a crane from Eurasia but a large, pretty-charged up bird. For some reason when we tried to get a photo of this fella, he wasn’t really that keen on Scott and nearly nicked his phone through the fence. There is video evidence but I’m not allowed to share it… 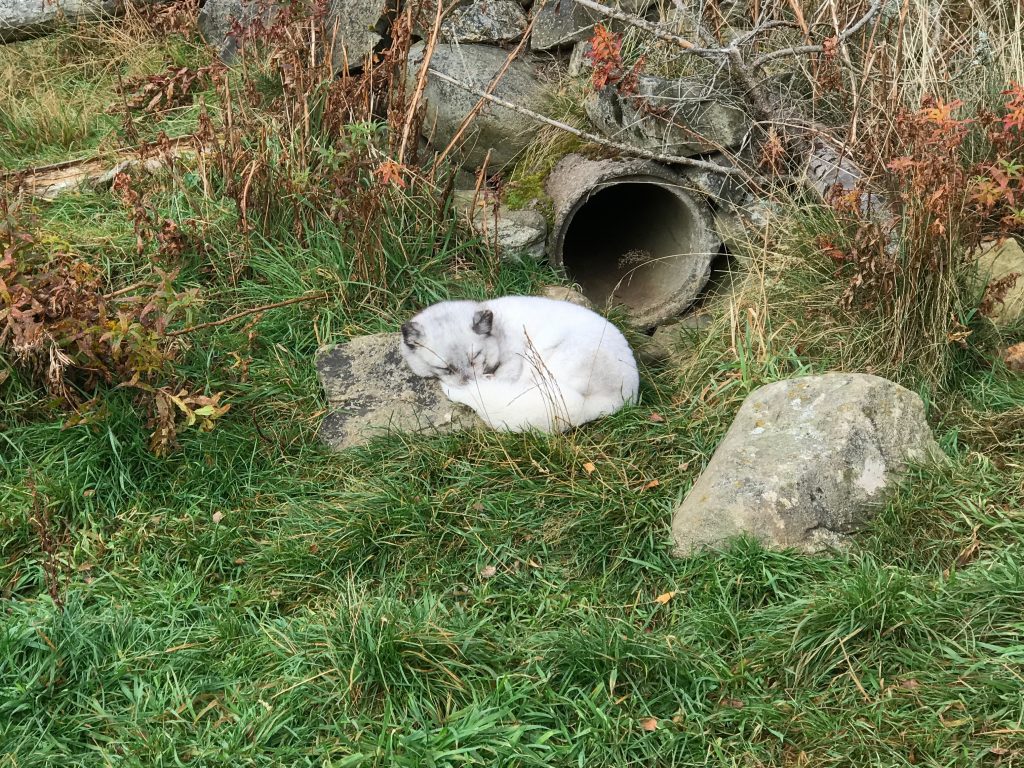 Our next stop was a quick nosy and an ‘aww’ at a cute little Arctic fox, before we headed up to see the Amur tigers. I don’t know if Scott had been here before and managed to tick off every animal. The way that the Amur tiger looked at him through the window made my knees knock. Beautiful creature, stunning coat but a predator none-the-less. 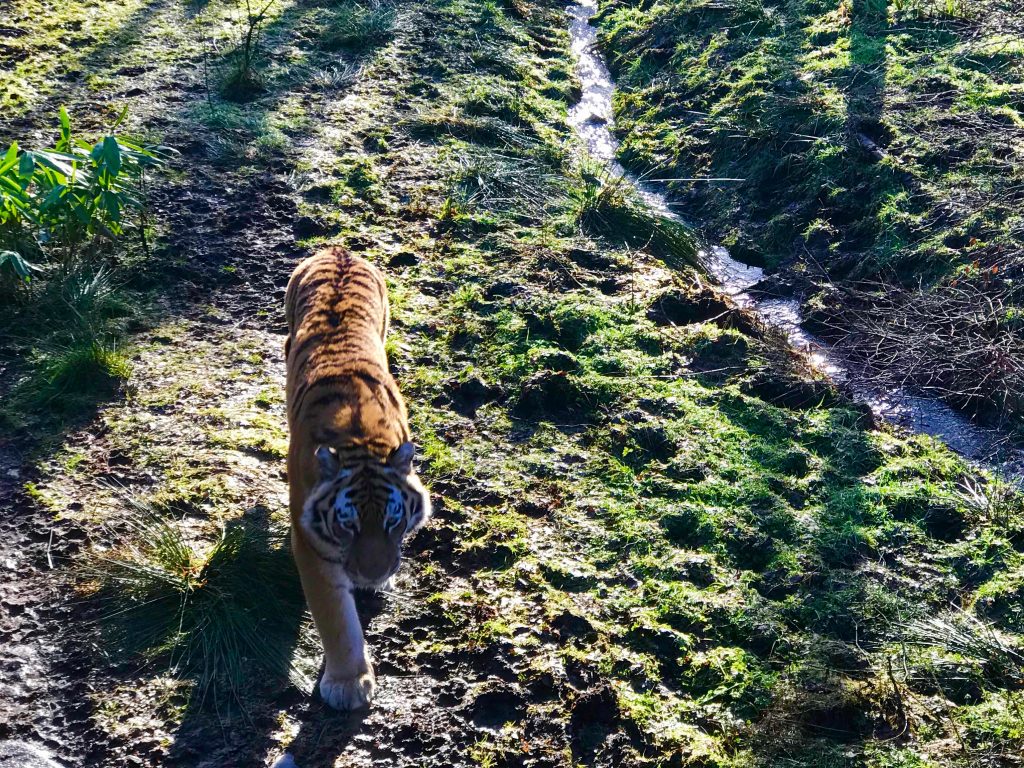 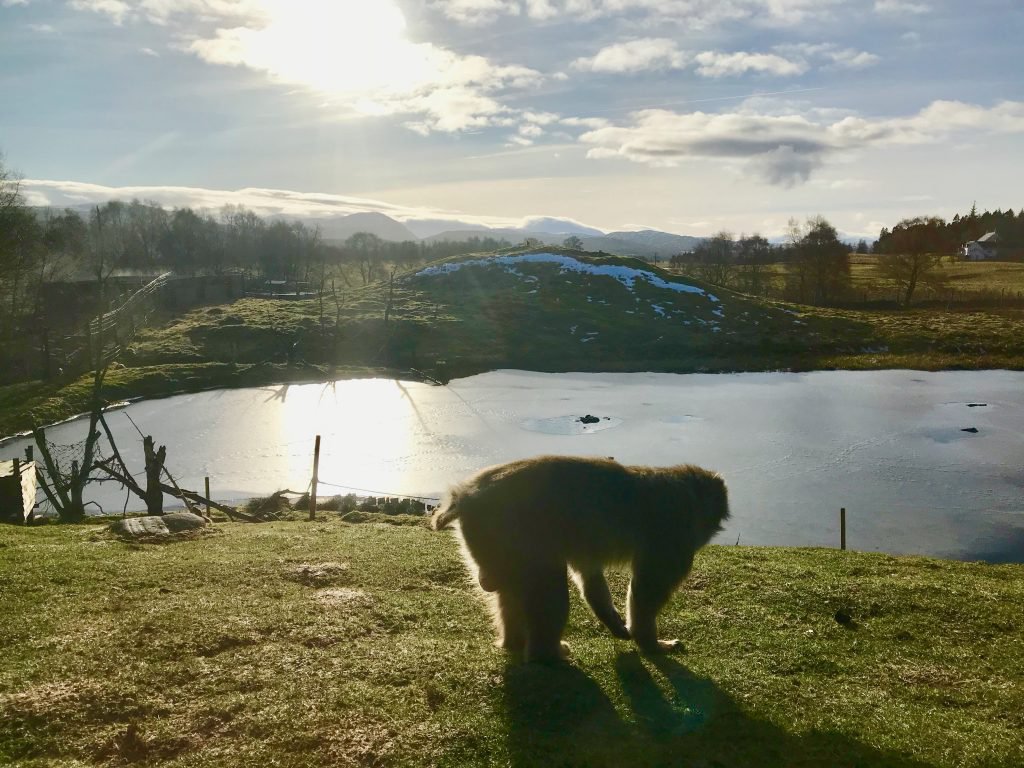 If I wasn’t a blogger, I would be a Snow Monkey. The Snow Monkeys at the Highland Wildlife Park have an epic enclosure. Along with lots of Jungle Jims for them to swing and play, there is a huge pond and lots of space to tumble. Although when we visited they were more concerned with picking beasties off each other than doing back-flips. Just like I am more concerned with eating cheese bites than going to the gym.

The wildcat dens are connected by tunnels, so the wild cats can walk overhead, although I am still not convinced by wild cats. They look exactly like the cats that hang around my grannies back door, itching for an easy meal. I know deep down that if I tried to feed one it would probably take me out but then, don’t most cats do that? There were a few photographers hanging around, keen to get a shot of the cats but they definitely weren’t playing ball. 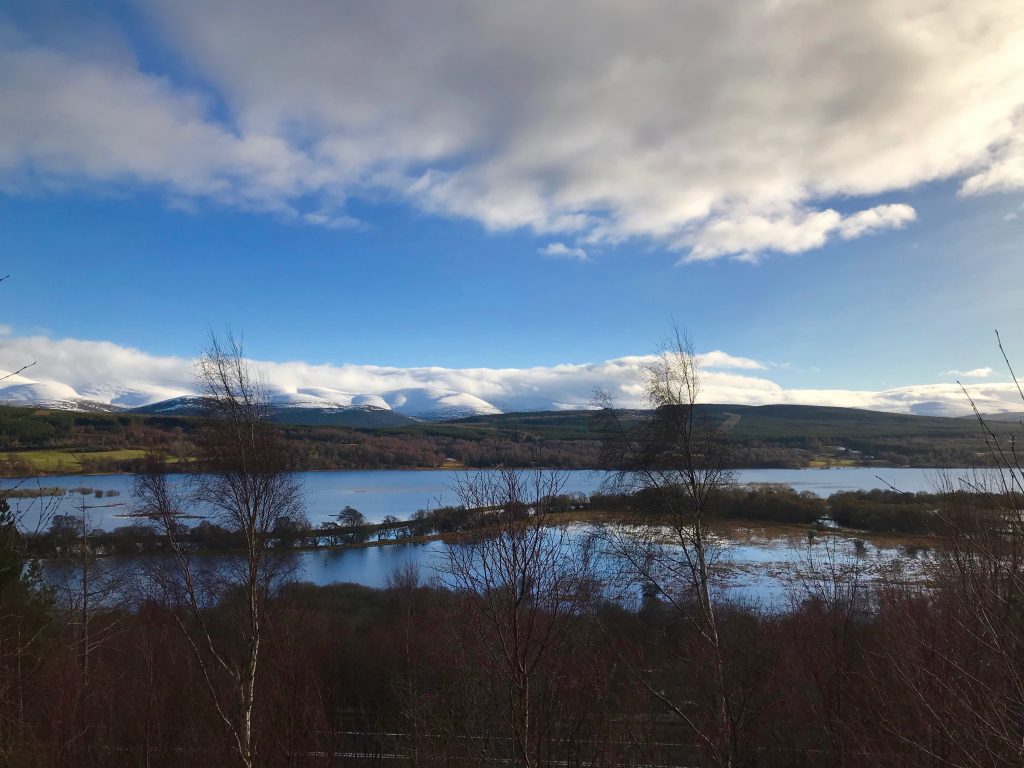 Along with an array of fascinating mammals from the worlds mountains, the park also boasts one of the best views in Scotland. You can head up a wee hill which takes you to a beautiful viewpoint. The viewpoint overlooks the Cairn Gorms and the Insh Marshes. This is where we spent our final moments, loved-up and overlooking Scotlands beauty.

Overall, the Highland Wildlife Park is definitely one of the Highlands most scenic attractions. The elevated, rough landscape makes for a great day-out and an even better thigh workout. My only advice would be to wrap up warm and don’t attempt the roads when there is a blizzard, speaking from experience.

For lots of information about Scotland and its superb attractions, check out the Visit Scotland website here.