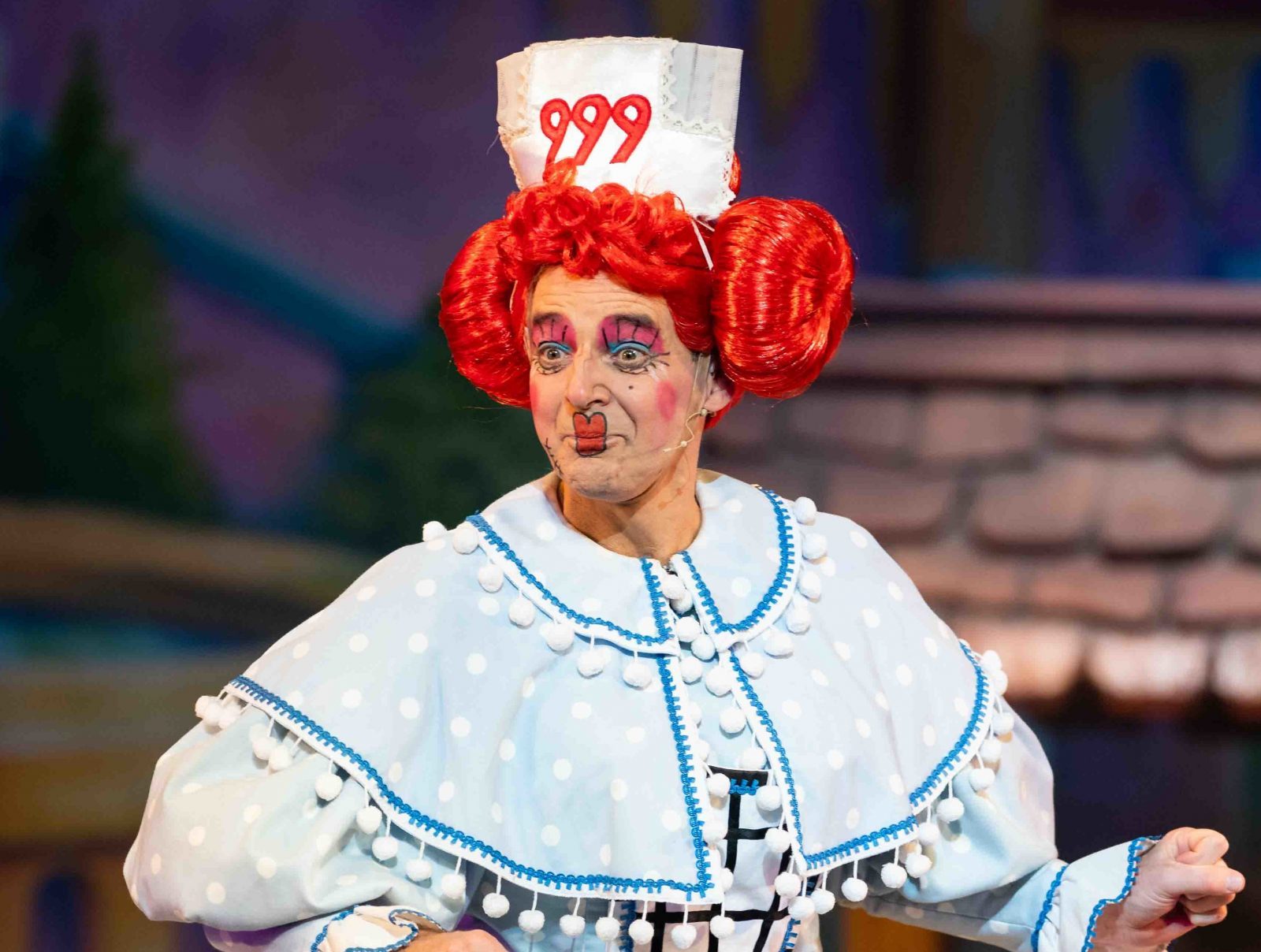 My first memory of seeing a HMT panto was when I was a little toot, confusingly watching a man in drag hitting Curly Wurlys and Freddos into the crowd with a badminton bat. Moments later I started to cry because my ears were sore, then my parents ushered me out of the theatre and into my car seat.

Oh, how times were simpler then…

Then I met a Highlander

Aye 1.0 (The Aye Queen), a smart and attractive Highlander (guess who’s editing this) arrived in the big city. She tangoed her way into my life, and we began a cute Christmas tradition of going for dinner in 1906 before watching the panto. She loves a panto.

The first time we went, I was dubious. Nothing shocked me about Aberdeen anymore. The Union Terrace drama, Trump’s golf course saga, the AWPR ( which I’m pretty sure it actually stands for Always Waiting for a Proper Road).

Experience taught me, when the powers at be do anything in Aberdeen, don’t get your hopes up. “Why would a local panto be any different?” I thought.

My little mind was blown 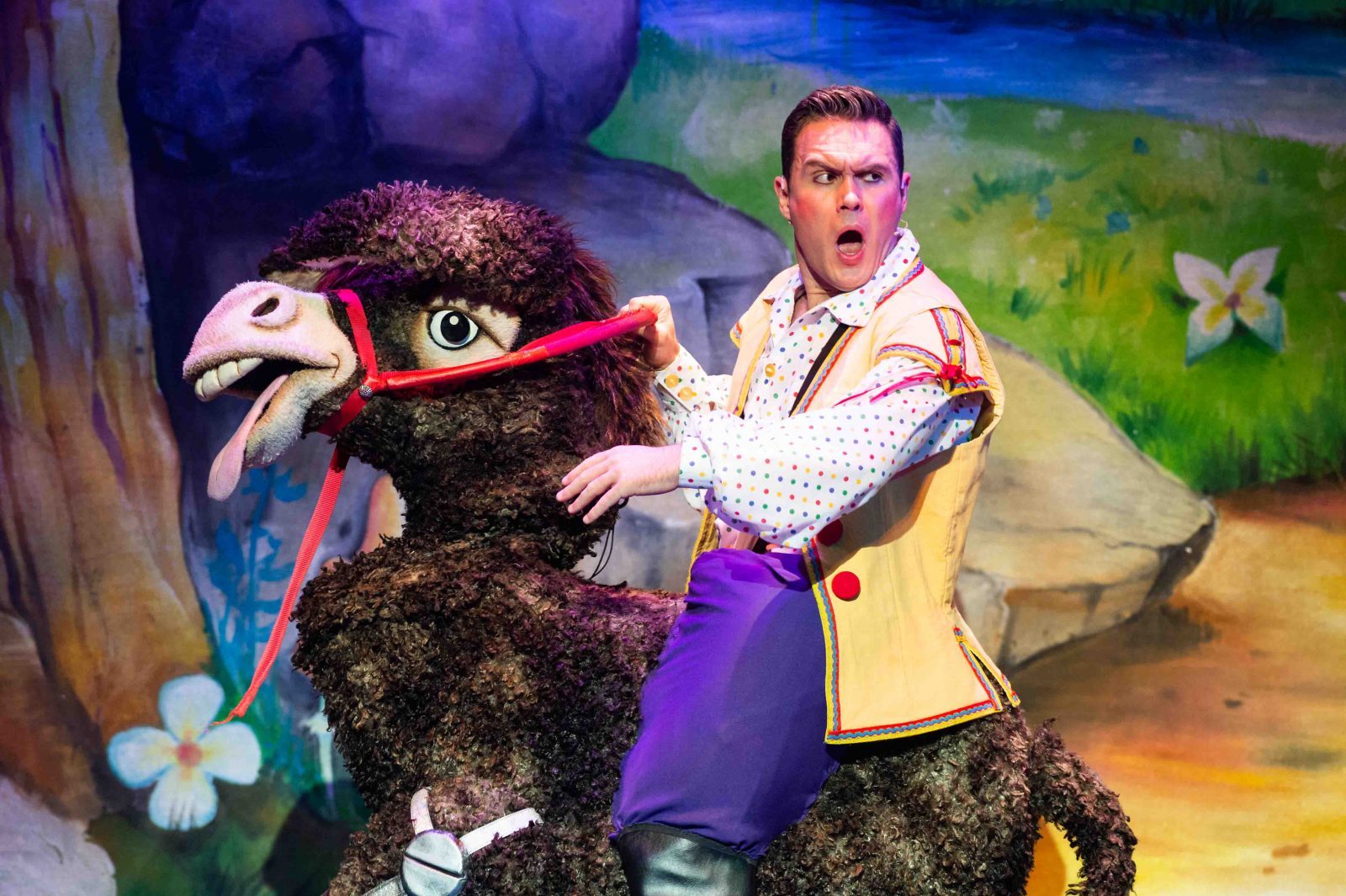 My first time at a HMT panto was a revelation. The woman from Rab C. Nesbitt, standing 10 feet away, slagging of my hometown whilst shouting in Doric (a beautiful and underrated language) alongside a super high production value that looked like HMT remortgaged Union Street to fund.

The pantomime always catered to kids and grown-ups alike; equally slapstick and plenty of adult comedy, so people like me get a 100% laugh rate.

This year the festive storyfest is everyone’s favourite Germanic fairy tale, Snow white and the Seven Dwarfs. The sets are top-notch with certain effects and elaborate props better than some of the other big shows we’ve seen in HMT. Fantastic costume design, particularly the dwarfs and their furry friends, make this years show very pleasing on the eye.

The lead is the Mead 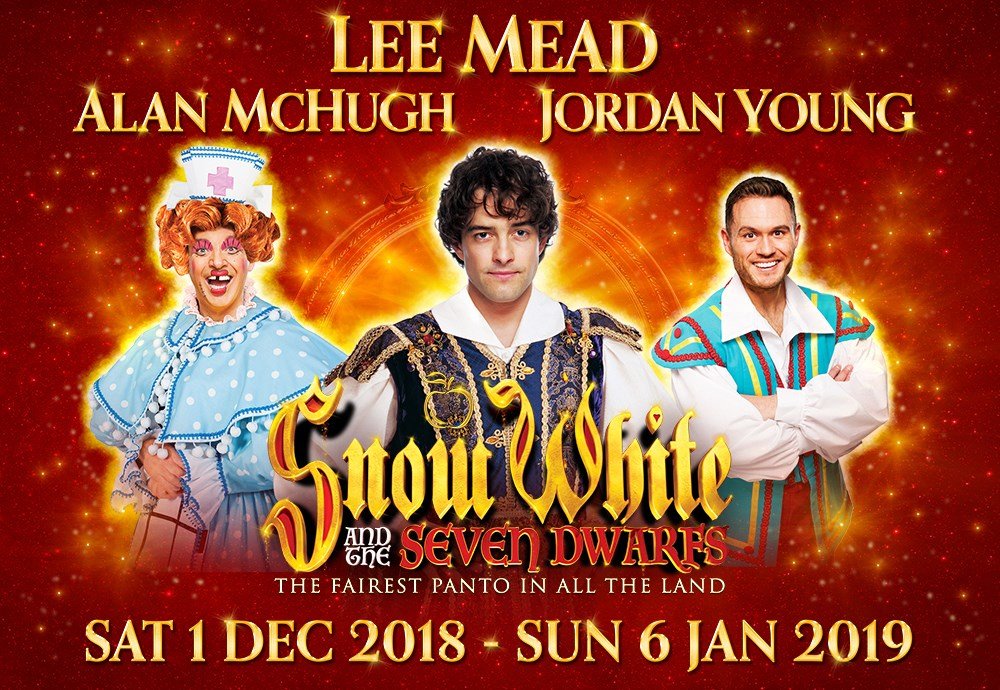 Lee Mead won BBC’s “Any Dream Will Do” back in 2007 and takes the starring role as Prince “Harry.”

Being completely honest, I miss Elaine C Smith being the big face on the poster. She dominated the stage and slotted in perfectly with the resident panto duo of Alan McHugh and Jordan Young.

Last year Jimmy Osmond took the reigns and it was hilarious plunging an American into such a niche Scottish dialect. You could see in his face that he enjoyed and got the hilarity and ridiculousness of it all.

Mead seemed to be a supporting character in the production, rather than the main event. He gave a straight-up performance that would suit a more serious show but didn’t entirely integrate with the locality and feel of the previous year’s productions.

In a panto that always has such an impressive production value and cast, I have to strangely say that Lee Mead was almost too polished and too formal to fit into this year’s panto. In the performance we saw, Meads voice (considering he’s a singer) was pretty underwhelming.

Unfortunately not. The Elaine C Smith era was Six stars of out five. The Osmond version was a solid 8.5 out of ten. This year’s panto, and it pains me to say it, was lacking. Perhaps the energy may pick up as we get closer to Christmas?

It was certainly enjoyable, I’m glad I went and I do recommend that young and old go and see it. You will laugh, you will be impressed and you will probably shout to the person next to you “How the hell is that thing flying with no wires?”