HMT Tour: Behind the Scenes at His Majesty’s Theatre

The Goddess of Drama

Is the name of a statue, that I had A. Never heard of or noticed before and B. they named a statue after me? Flattered. Everybody has a goddess of drama in their life. I swear Scott raised an eyebrow every time the tour guide spoke of her. But I like her. She gets me. Standing there at the top of the auditorium, decorated in gold leaf, owning it. I would say she has seen more shows at HMT than anyone else but she literally has the worst seat in the house. Higher than the highest balcony and facing towards the audience. Talk about a restricted view! But a restricted view is far from what we got when we spent our Saturday morning creeping around backstage on an HMT tour. 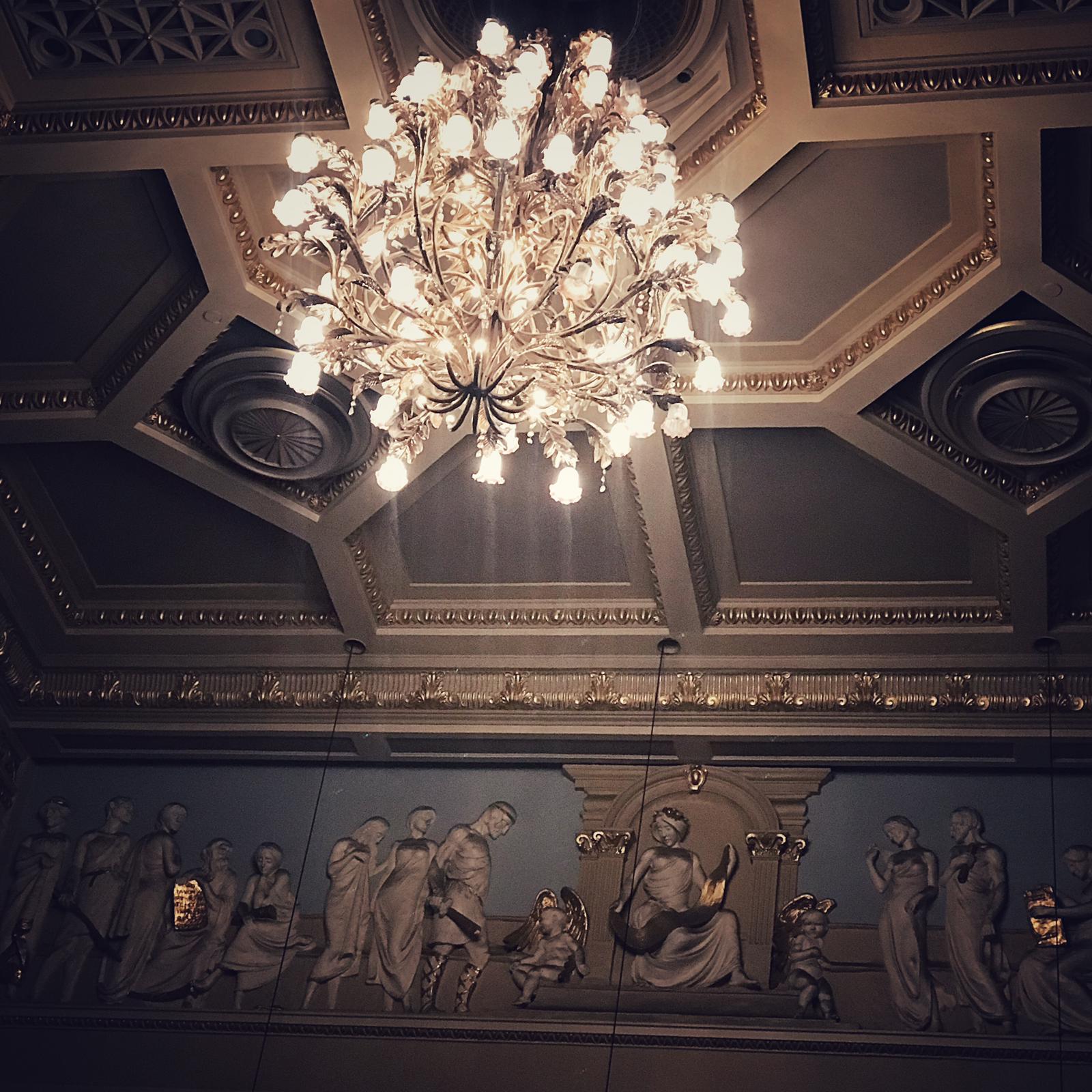 I had always wanted to do an HMT tour and finally, when one blog led to another, we got the opportunity. This was my moment. This was my perfect moment. It was, however, not the first time yours truly had taken to the stage. And no, I am not talking about that time I rapped I like Big Butts in McNastys and Scott left the building in pure humiliation. Oh no no. I was a stage baby. The kid who took part in every dance class known to man. I was shoved through many a dancing door as a child. Pantomimes, stage shows, Highland games, school galas. If there was a stage, my mother was at the side of it telling me I was too heavy-footed. Unfortunately, that never changed. Witch. 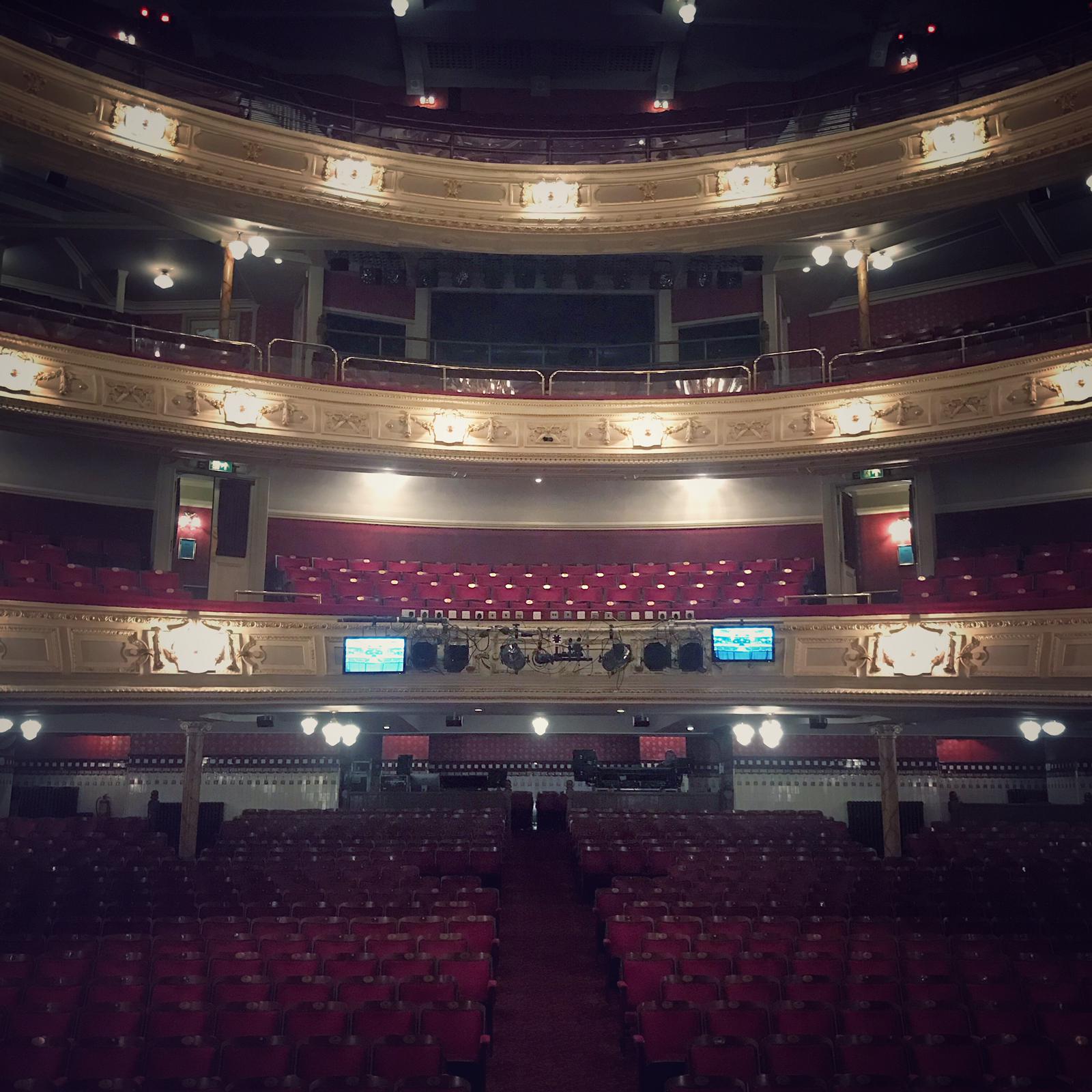 And now, here I was. Back on the stage, a good few stone heavier and definitely not rocking a kilt or lycra (thank God). Heavy-footed, yet light on my feet. You see, I took that heavy-footed thing to heart when I was a kid. Now I’m as heavy as a tree yet as light as it’s leaves. But standing there, looking out at an admiring audience of absolutely no humans, besides a brass cleaner on the balcony, I felt… like a panto dame. Scott was the villain, and together, that’s entertainment. But there is SO much more to HMT than just the stage.

Why His and not Hers? 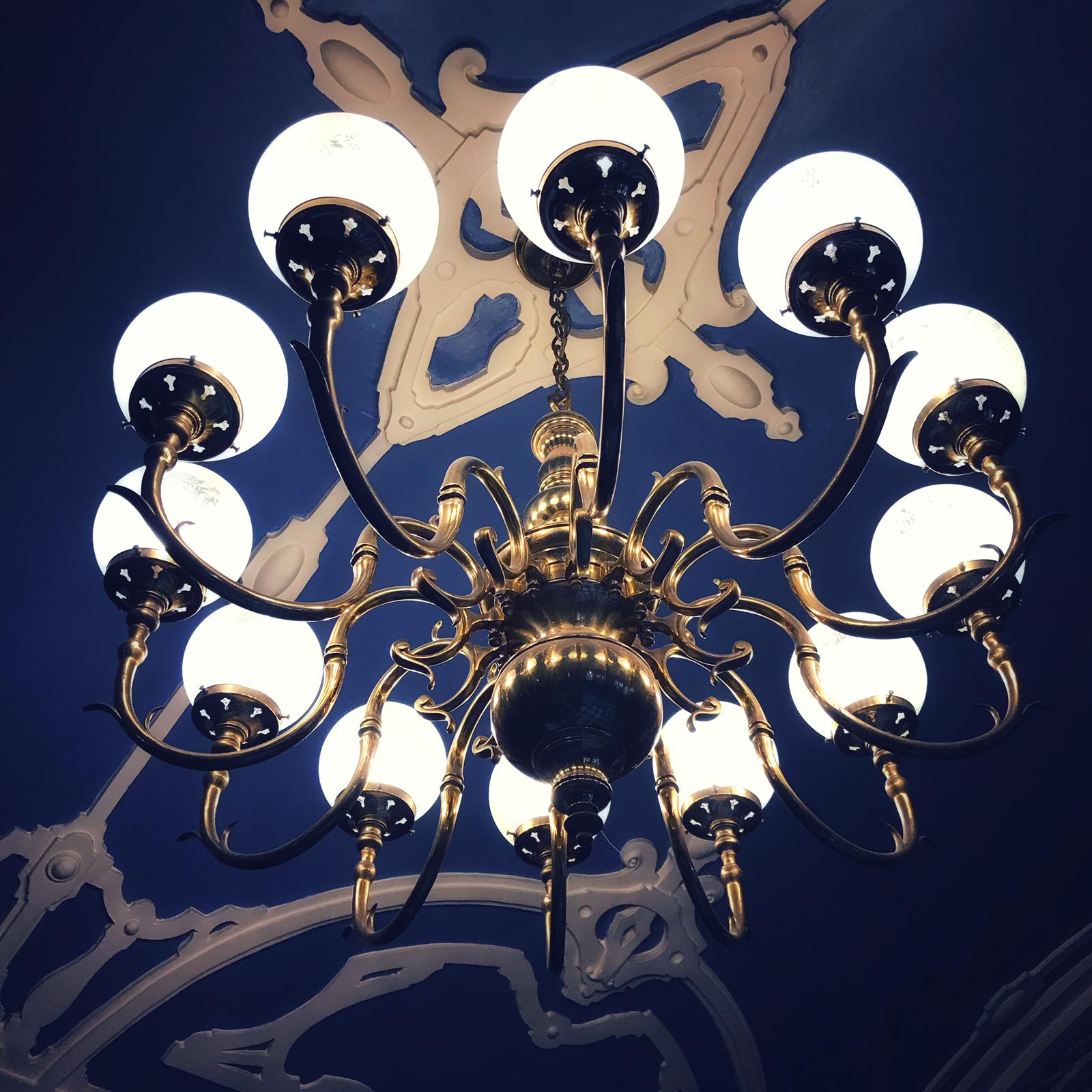 So here come a couple of obvious points that I never got. Because sometimes I just canna see the trees for the breeze. Firstly, and this one has bothered me since I moved to Aberdream, is it His Majesty’s or Her Majestys? Until this year, I confused this on a semi-permanent basis. The reason it is His Majesty’s Theatre and not Her Majesty’s is that when the theatre was built, Queen Victoria was no longer on the phone. Edward VII was on the throne. Which clears everything up…

And the second completely obvious point that wasn’t obvious enough for me, is the name of the HMT restaurant, 1906. So let’s do some maths. 26 years on the planet + 6 years in Aberdeen + 5 meals eaten in ‘1906’ equals, “wonder why this place is called 1906, that is such a random name for a restaurant.” So guess whos tiny little mind was blown when she was told it was named 1906 after the year HMT was built? Ding ding ding. Moi. FYI, the food there is everything.

What a truly marvellous tour. If you find yourself bored, useless or both of the above, click here to join His Majesty’s Theatres Secret Service.