Island in the stream, that is where we were. Inchcolm Island, home to Inchcolm Abbey, lies off the South coast of Fife, East of the Forth Bridge and North of Edinburgh. It is separated from mainland fife by Mortimer’s Deep. Inchcolm Island is only a quarter-mile from the shore but I’m not swimming. I wasn’t sure what all the fuss was about before we visited but yet again, my tiny wee mind was blown.

The landscape rocks history, spectacular sights, and some really grumpy gulls. There are a number of intriguing Firth of Forth islands but Inchcolm is the most visited due to its overwhelming history and plethora of local wildlife. There are two different companies who offer Firth of Forth boat trips. One is Maid of the Forth Cruises and the other is Forth Belle. On this occasion, we took a boat to Inchcolm Island with Forth Belle. 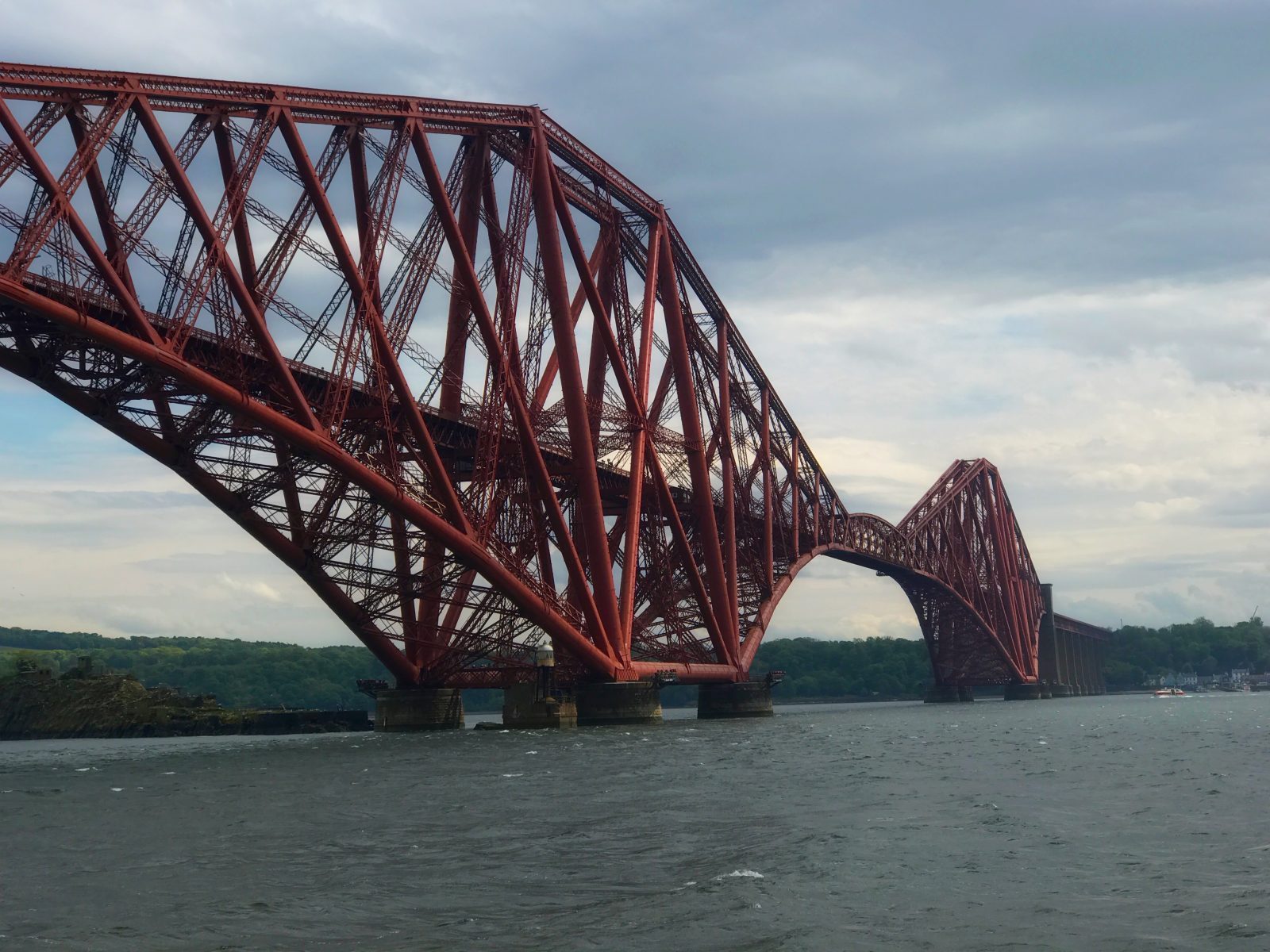 Toto, we’re not in Kansas anymore

Upon arrival, I was in awe. You know the part in Wizard of Oz when everything changes monochrome into an array of bright, vibrant colours? Well, I was Dorothy and Inchcolm Island was my Emerald City. 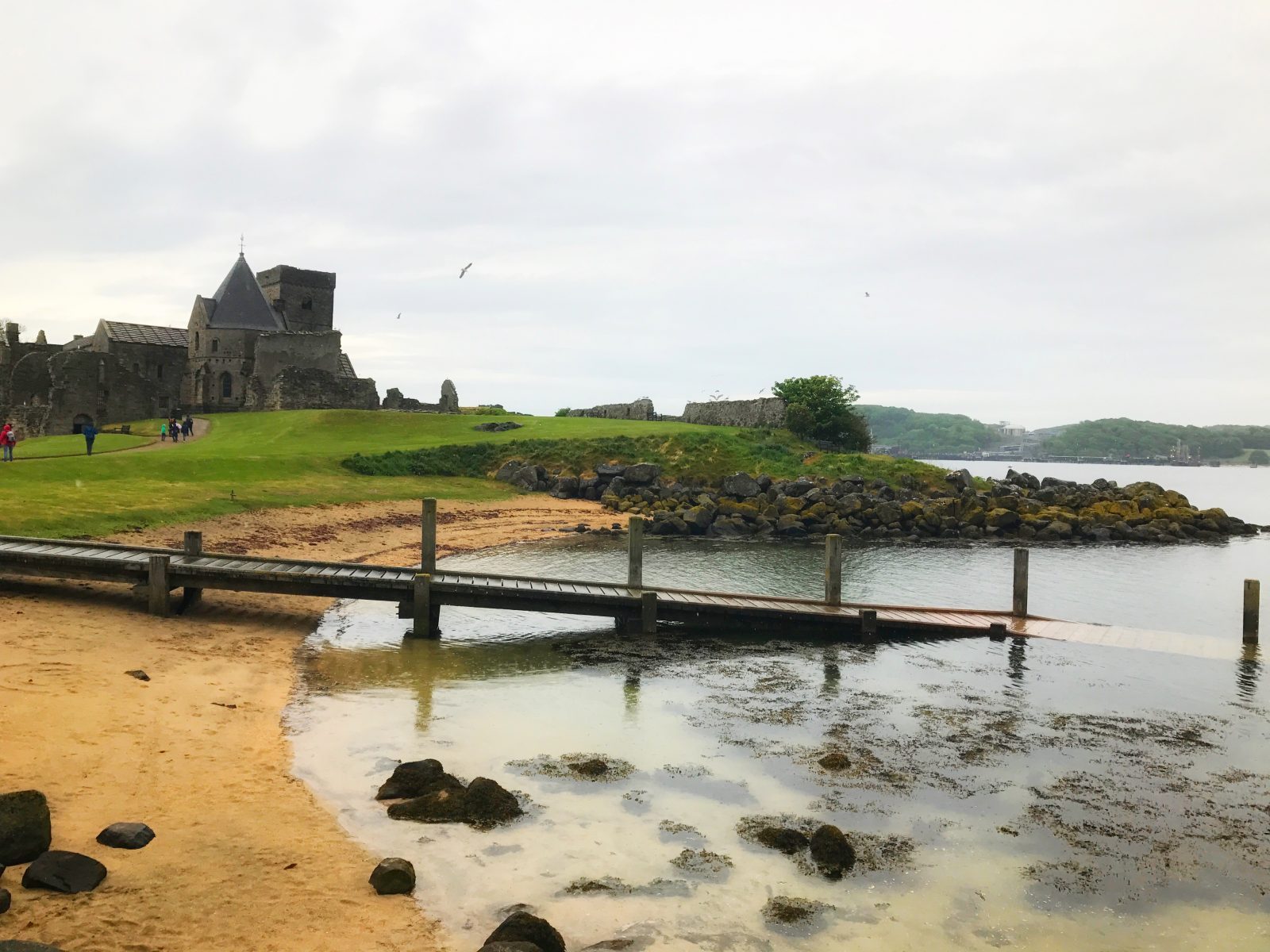 I couldn’t help but feel a little uneasy however as the island reminded me a little of the film Shutter Island. In Shutter Island, Leonardo DiCaprio visits a creepy island full of dangerous psychopaths and at the end of the movie he isn’t allowed to depart as it turns out he himself was a psychopath during the whole film. The ploy was to get him on to the Island and throw away the key. Sorry for the spoiler but I didn’t want to end up in the same shaky scenario. Thankfully, they never found me out but Scott’s still there…

The Island stands solitary with its glorious, rocky cliffs and its fierce-looking birds. The first thing that caught my eye was the outstanding and incredibly well-preserved Inchcolm Abbey. Many couples have tied many knots in the glorious Abbey. What a place to get married! I couldn’t wait to get knee-deep into the history and romance. 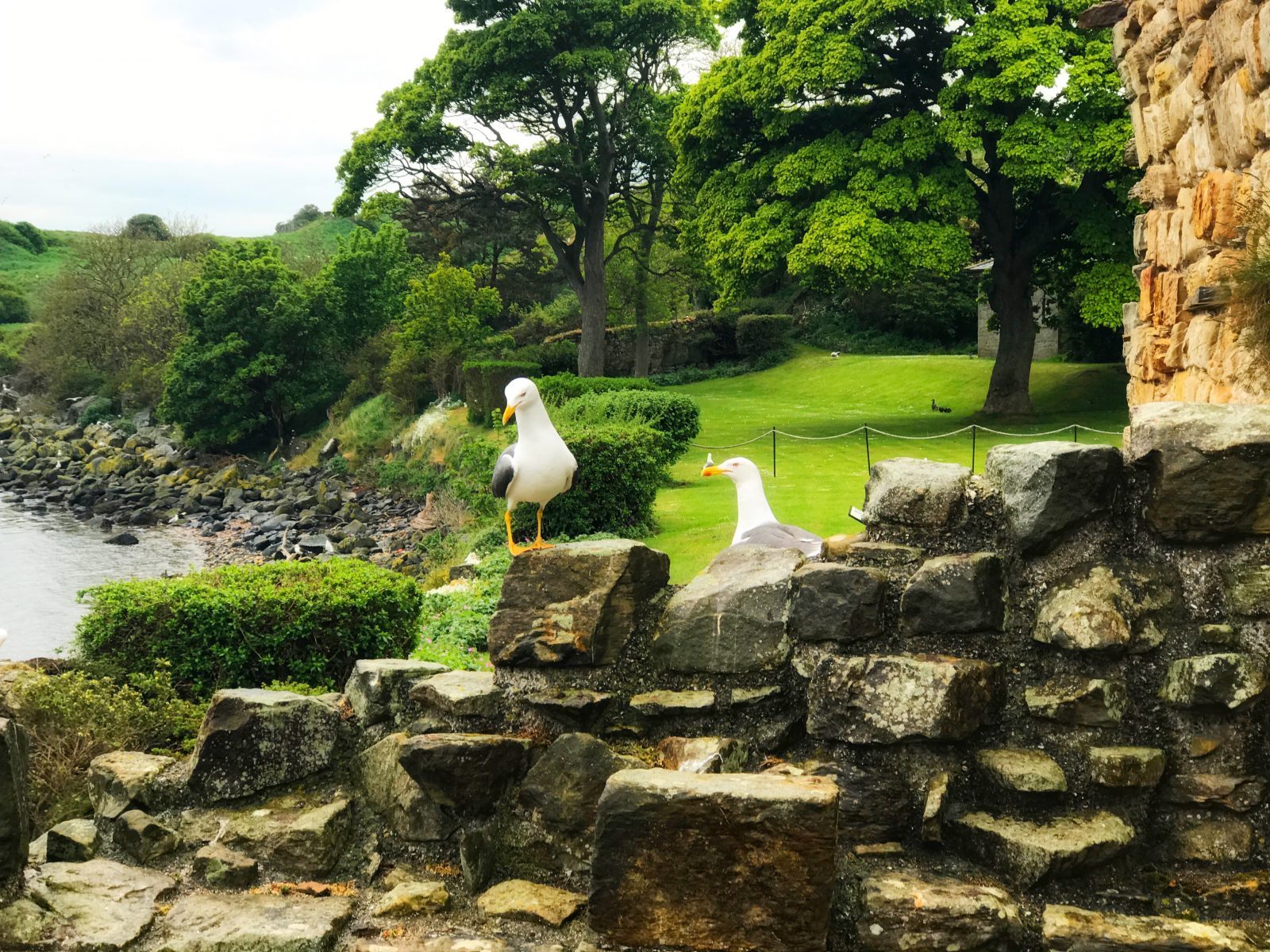 We were surrounded by incredible views and wonderful wildlife. But being us, we spent our first 20 minutes standing on a platform in the Abbey watching a couple of gulls having a feather-fuelled barny. The girl gull nattered in the boy bird’s face for around 20 minutes and Scott supposedly felt his pain. Charming. 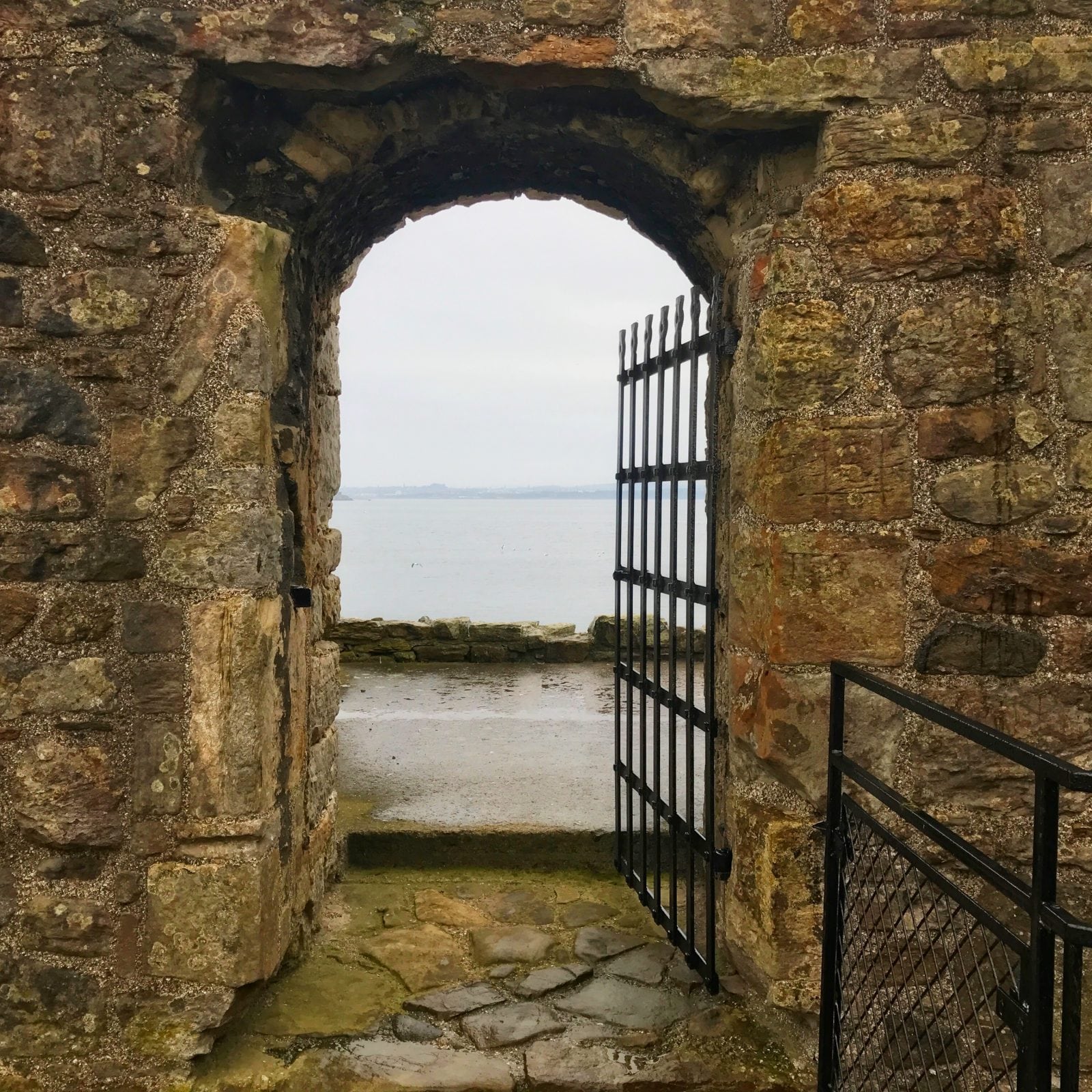 In 1123, Alexander 1, King of Scotland, was sailing the Firth of Forth when his ship went off course during a storm. He landed on Inchcolm Island and was rumoured to have shacked up with a hermit. King Alex had a lot of love and appreciation for the island. He vowed on departure that he would build a monastery. A little bit like when you’re man builds you an Ikea wardrobe. Unfortunately, our Scottish King kicked the bucket before he got a chance to build anything.

Following Alexanders death, his brother, David 1 decided he would take the throne of Alba for himself. Being the bro who now ran the show, he fulfilled Alexanders prior request and built what is now Inchcolm Abbey. 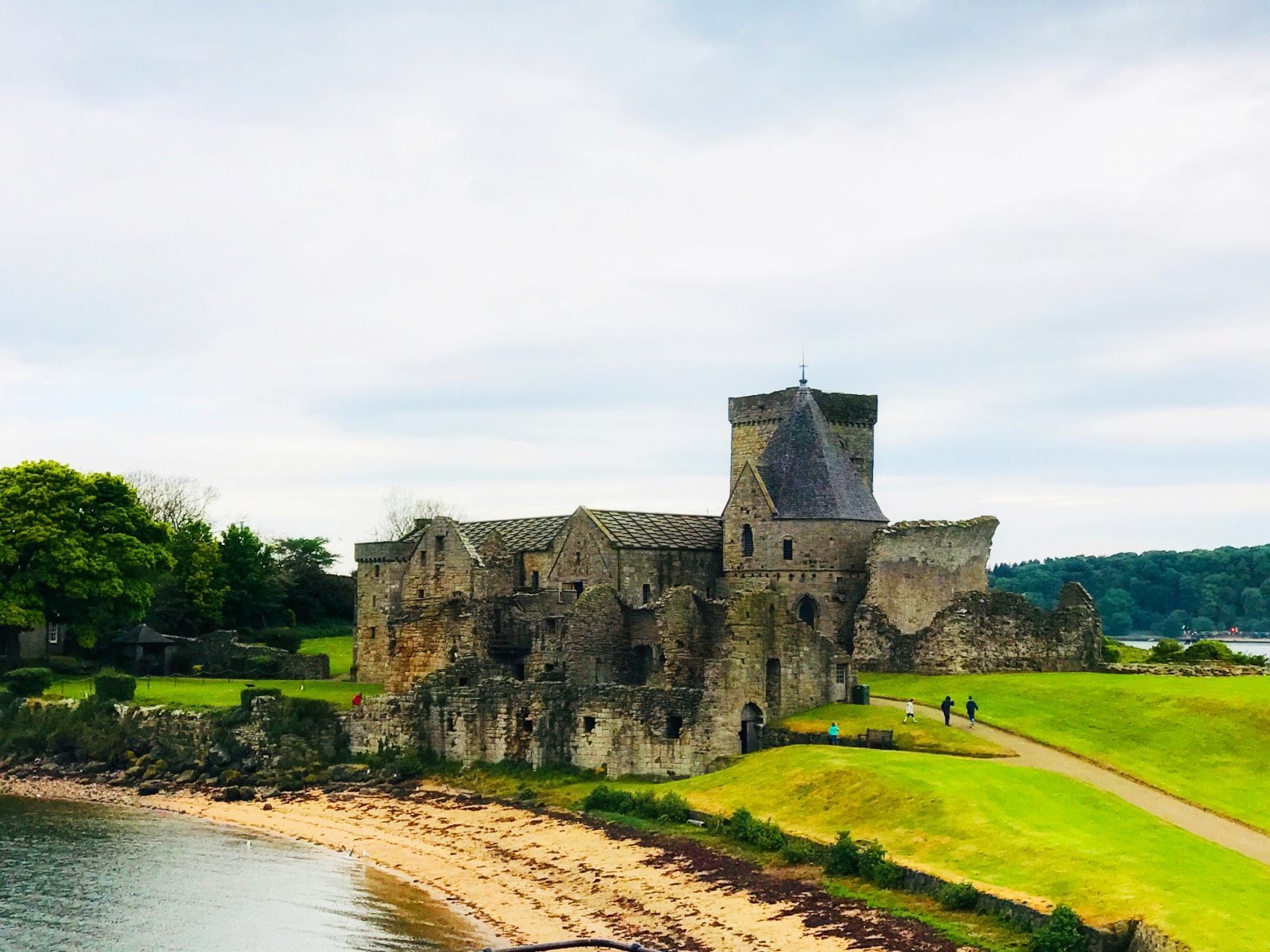 Inchcolm Abbey consists of the best-preserved group of monastic buildings in Scotland, thanks to Historic Scotland. The Abbey is packed with unbelievable history. It has seen the good, the bad and the ugly over the years. In the 1100’s, the monastery was established as a priory although it became an abbey in 1235.

Following the Wars of Independence in 1269, relations between Scotland and England became a little testy. Not completely unlike the political tensions which stand in Scotland to this day. Like a bull in a china shop, our pals over the borders in England raided the abbey on numerous occasions between the 1300’s and the mid-1500s. Unfortunately, they didn’t tidy up afterward and this caused damage to the beautiful Inchcolm Abbey.

In the 16th century, Catholic Europe disintegrated due to people like Martin Luther and King Henry VIII who questioned authority within the church and challenged Christian practice. Henry VIII was particularly well-known for falling out with the pope because he wanted a divorce so he could marry yet another of his many, merry wives. I don’t think I have ever come up with a church just so I could get with a guy, but Kings be crazy. Unfortunately, the whole she-bang resulted in an uproar including persecution and wars. In 1560, monastic life came to a bitter end. 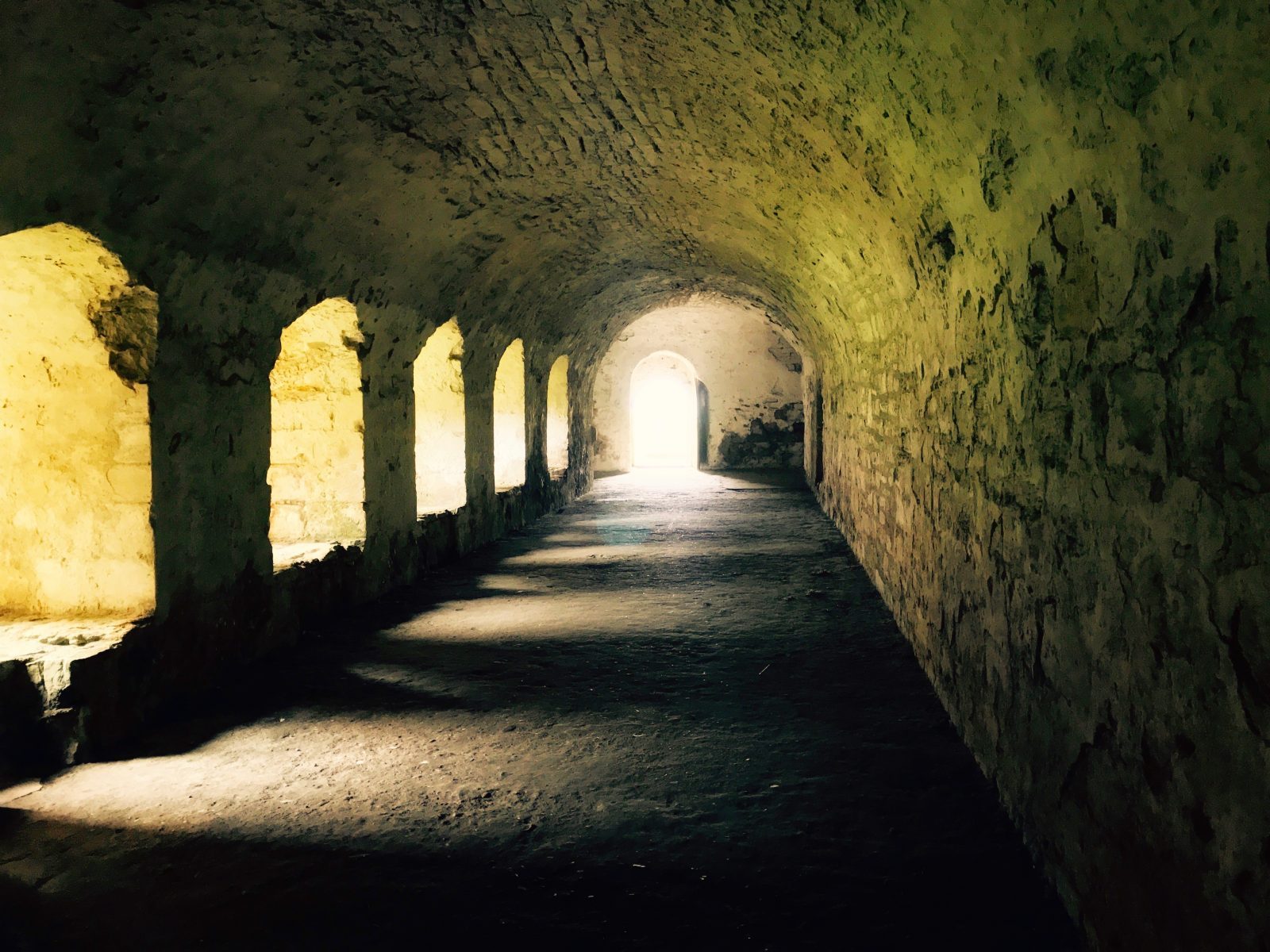 Over the years, Inchcolm Island and Abbey have worn a coat of many colours. After the painful plague hit Britain, Inchcolm became a quarantine Island and ships full of potential plague victims would arrive at the island to either meet their bitter end or to prove they were hunky-dory. Although by that time, it was a little late.

Following the outbreak of WW1 in 1914, Inchcolm was fortified to defend the Firth of Forth, one of the most heavily defended estuaries in Britain. Thankfully, she never had to use her guns and in 1930 they were removed from the island. However, when WW2 broke out, she yet again put on her fort fashion and housed a garrison of 500 in the ruined Inchcolm Abbey. Yet again, the island was not needed. However, she was there when mainland Scotland needed her. 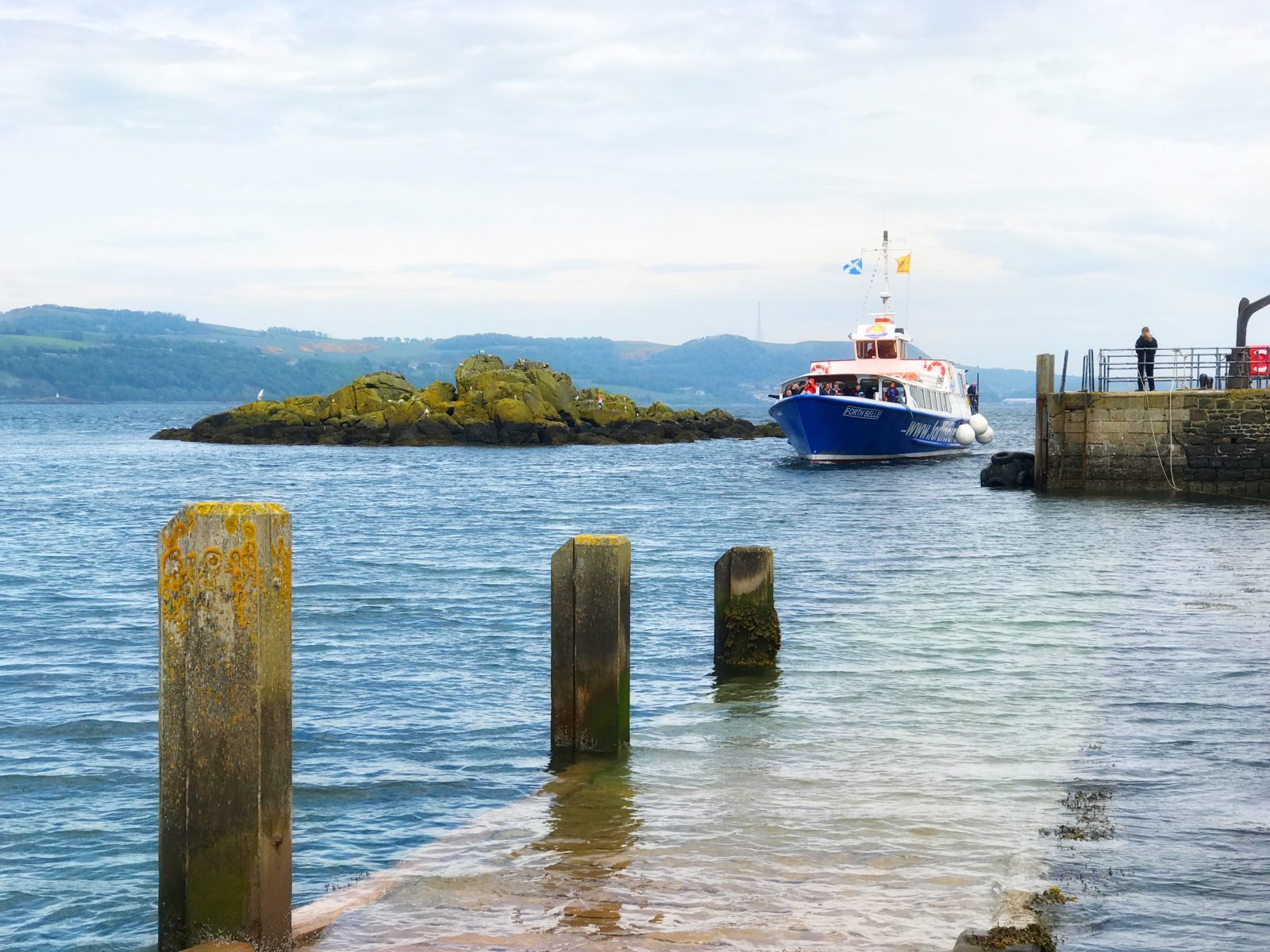 Didn’t I tell you that Inchcolm Island is packing facts? Today, she is home to thousands…of birds. The Inchcolm gull crew are particularly aggressive, protective and downright terrifying. However, watching them from a distance can be really amusing. An island boasting wildlife, history and little human disruption is an island worth seeing. If you are visiting the area, why not hop on board a boat to Inchcolm Island? Be sure to check out the interesting exhibition and gift shop, for the full Inchcolm experience.

Up here in Scotland, we often complain about our unruly weather. However, if it wasn’t for our thunderous skies, Alexander 1 would not have veered off route and the spectacular abbey would likely not be there today. So the next time it rains in Scotland, think to yourself, there is some poor beggar out there shacking up with a hermit and building some cracking history.