I stepped into his black cab, homeward bound after a tiresome night in Aberdeen Royal Infirmary. I was irritable, stressed, sore and craving mountainous peace. But I was soon to find out that my cab driver, Mr Bald Heid, had other ideas. Just as I sat back, attempting to nurse myself in the cold car-seat leather, MR BH cranked up the radio.

He popped on his black, Sports Direct shades, rolled down his window and in his deepest efforts, became the fifth season, as he sang along to… ‘Sherry, Sherry baby. Sherry, Sherry baby.’ I had heard the tune before but it was in this moment that I first really experienced The Four (or Five) Seasons effect. Mr BH was a big Valli fan and spent the rest of the journey alternating between questionable ensembles and Four Seasons facts. This man was a groupie.

That was 3 years ago… And it wasn’t going to be the last time I encountered the Fifth Season. As Scott and I sat in the Ford Fancy, anticipating a night of musical talent provided by The Jersey Boys, who should walk like a man, right past the car-riage? The one and only, Mr BH, wife in tow, looking more than pleased with himself. One can only assume that he was here for the show-show, once again giving me the Four Seasons effect. Good vibes.

I am not, by any means, a fan-girl type. I keep my band-miration behind closed doors and share it only with Gallo, Scott and Bombay Sapphire. However, at Jersey Boys, I have no shame in admitting that I was a big pile of mashed potato. There were tears, when there shouldn’t of been and ‘hold me Valli’ moments, where there definitely shouldn’t of been, mostly by Scott…

After a full day of pointless stress, there is nothing better than a trip to the theatre. I turned my phone off for a full 4 hours and it was beautiful for everybody involved. Peace, quiet and heaps of cheery choons.

Can’t Take My Eyes Off You 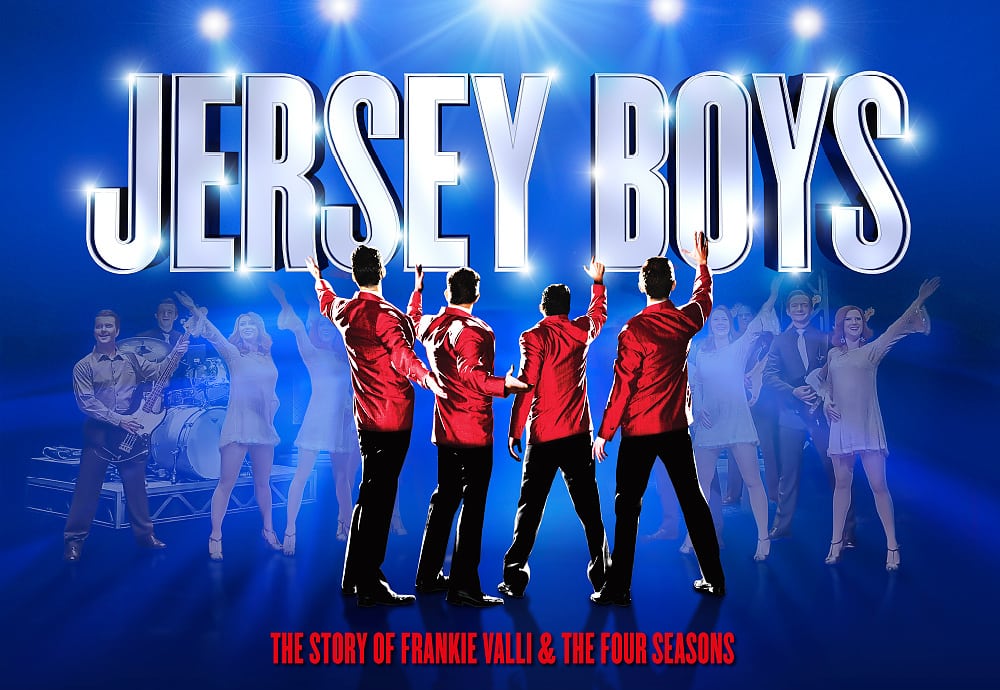 Jersey Boys is dazzling Aberdeen’s HMT halls until the 25th August. The show tells the story of Frankie Valli and the Four Seasons; following their formation, success, break-up and induction into the Rock’n’Roll hall of fame. It ain’t all cheer and cheese however, and there will be moments where tears strike unexpectedly. There will also be moments where you wonder why your own dancing is so sub-parr…

The dedicated production and cast involved with this rendition of the award-winning hit musical are second-to-none. You will be guaranteed belly laughs and all round good vibes, whilst enjoying pure talent in all it’s bygone glitz and glamour.

From the funky offset, to the last chipper tune, I was once left again with The Four Seasons effect… You going?