My first experience with Johnnie Walker was on a flight from New Orleans to London, after a week of non-stop working (drinking) at Tales of the Cocktail. It was a Johnnie Walker Red Label miniature. The Scotsman in me was able to drink whisky on the way home from a week-long cocktail festival. My other half caught a hangover just watching me. I’m not going to make anything up here for the sake of it as I really can’t remember what it tasted like. This was long before I started my journey of whisky discovery. And man, what a journey. A journey which led me to Johnnie Walker Black Label Whisky. 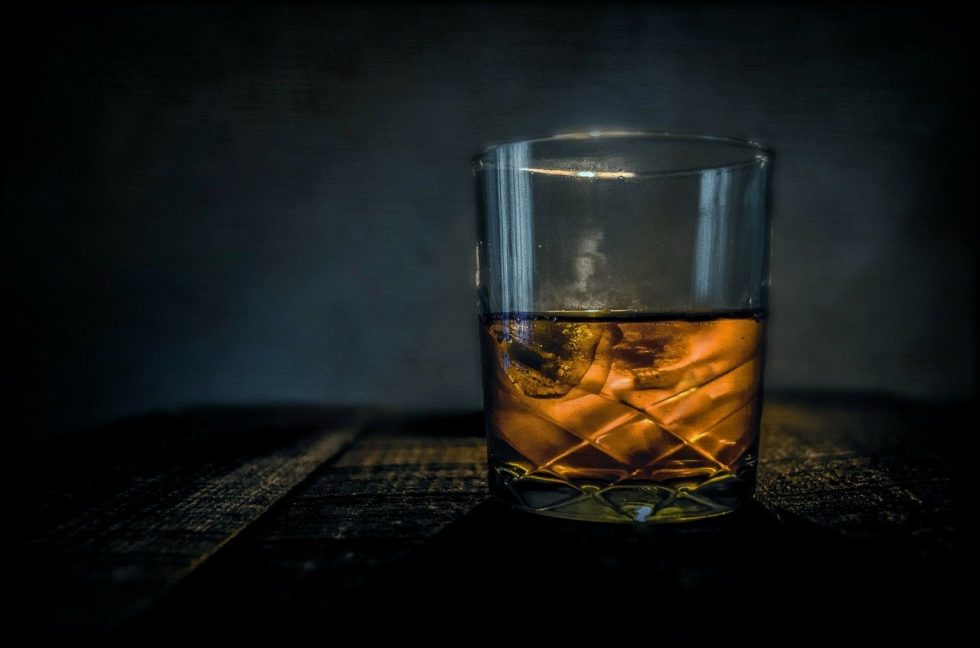 I used to describe whisky as petrol in a glass. I still stand by that description. Regardless of how many whisky buzzwords there are. Single malt, 55 Years old, blah blah. It doesn’t matter. Because the thing is, I just love it. If whisky doesn’t kick you in the face when you drink it, your pub landlord has watered down the bottle. Whisky is like a really spicy curry. Sometimes you consume it and you don’t know how you can hack it or why you’re putting yourself through it in the first place. But you love it all the same. It’s a thing that grows on you, an acquired taste, but one that’s worth acquiring.

Back to Black Label 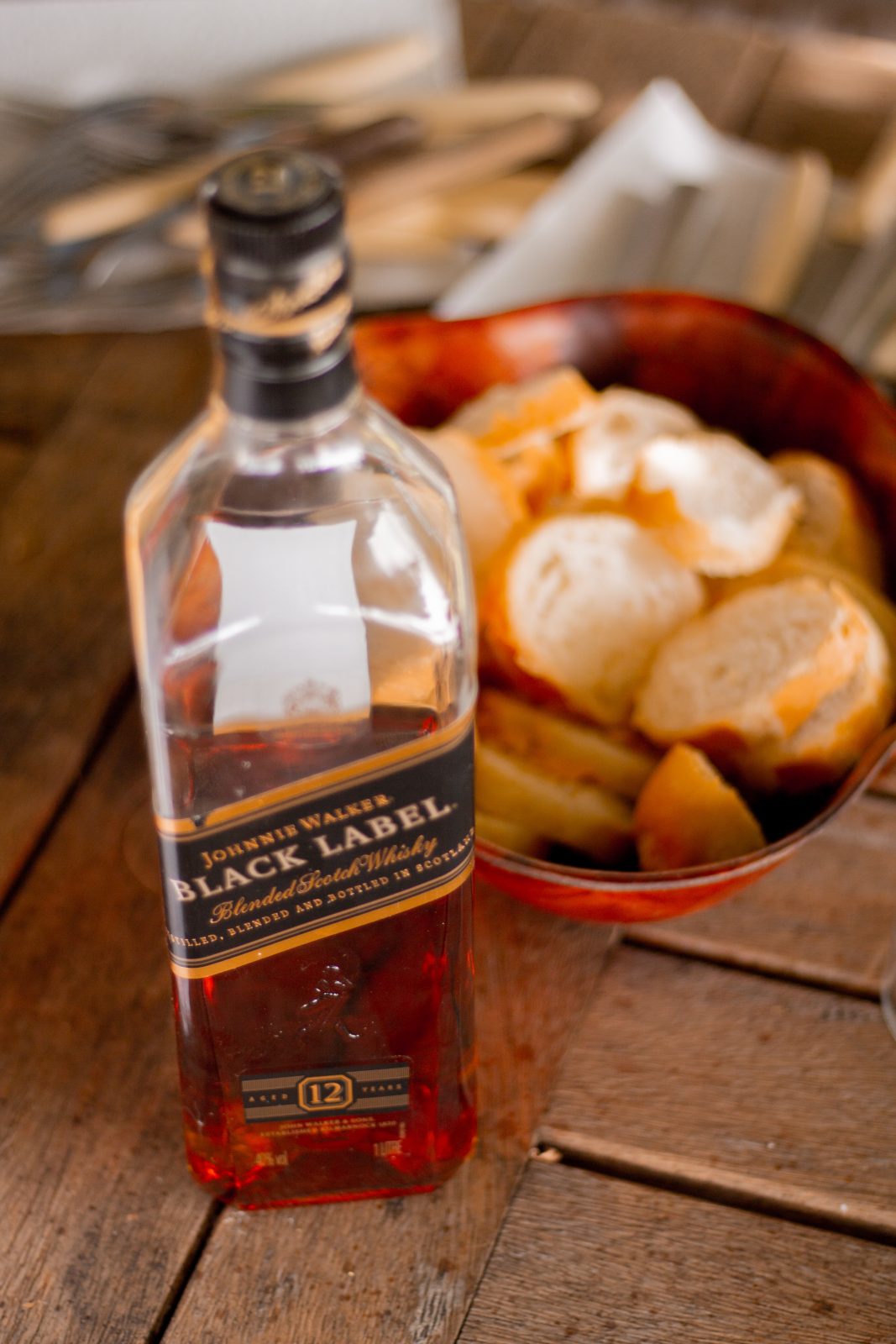 So I wandered into Morrison’s and stood blankly at the array of whisky before me. I was looking for my next bottle of cheap whisky. For research purposes of course. And when I say cheap, I mean I rarely buy a bottle of whisky out of a distillery unless it’s either on offer or just very, very good. I had decided I wanted to test the Johnnie Walker Black Label, purely because Ozzy Osbourne’s long-term guitarist has his own band called Black Label Society. If you’re gonna name your band after something, it’s gotta mean something. Like Bowling for Soup… duh. 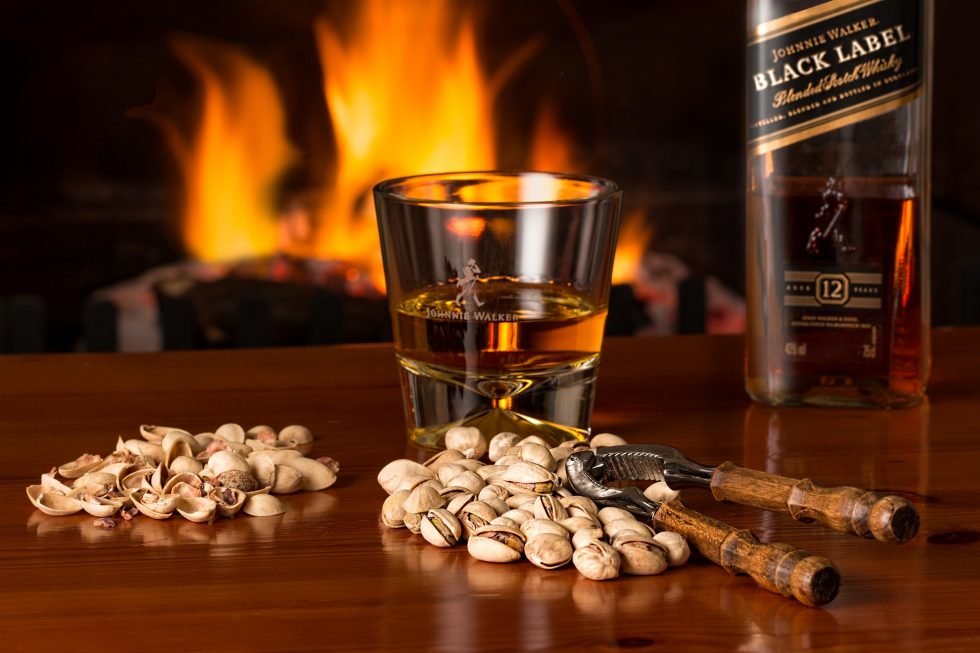 I am now a proud member of the black label society. After drinking a bottle of Haig Clubman the week previous (yes, the bottle. I am in Aye-solation after all), my first response is this thing has serious flavour, something that is severely lacking from Beckham’s bottle. Black label is a blend of 30 to 40 (sources vary) malt and grain whiskeys from 29+ distilleries from all over Scotland. It carries a 12 year age statement, so the youngest spirits in the blend are at least a dozen years old.

I’m not into the whole swirling the glass and rambling about the hints of oak, vanilla and orange. Y’know, the thing the experts hang their careers on. All I can say is this drink has a depth that I haven’t had from any other whisky that has passed my lips. Single malts often have prestige over blends but not one whisky I’ve tried yet seems to be quite as complex as Johnnie Walker’s Black Label.

The strangest thing for me was its smokiness. I hate peaty whisky, it’s just not my jam. But the Black Label blend balances the flavour with just enough smoke to makes it enjoyable.