I had never heard of the film Kinky Boots. Then about a month ago, Aye 1.0 told me we were going to see Kinky Boots ‘The Musical’ and that Cyndi Lauper had something to do with it. So for about 4 weeks, I thought I was going to see a show about Cyndi Lauper’s life and that ‘Kinky Boots’ was the name of a hit song she wrote that I had never heard. Or that she was just crazy into Kinky Boots… I mean, it is Cyndi Lauper we’re talking about. The penny still hadn’t dropped, even when the folks at His Majesty’s Theatre entrusted us to take the red, sparkly, leather, lace-up, thigh-high Kinky Boots from the set out for an afternoon tour of the Granite City. 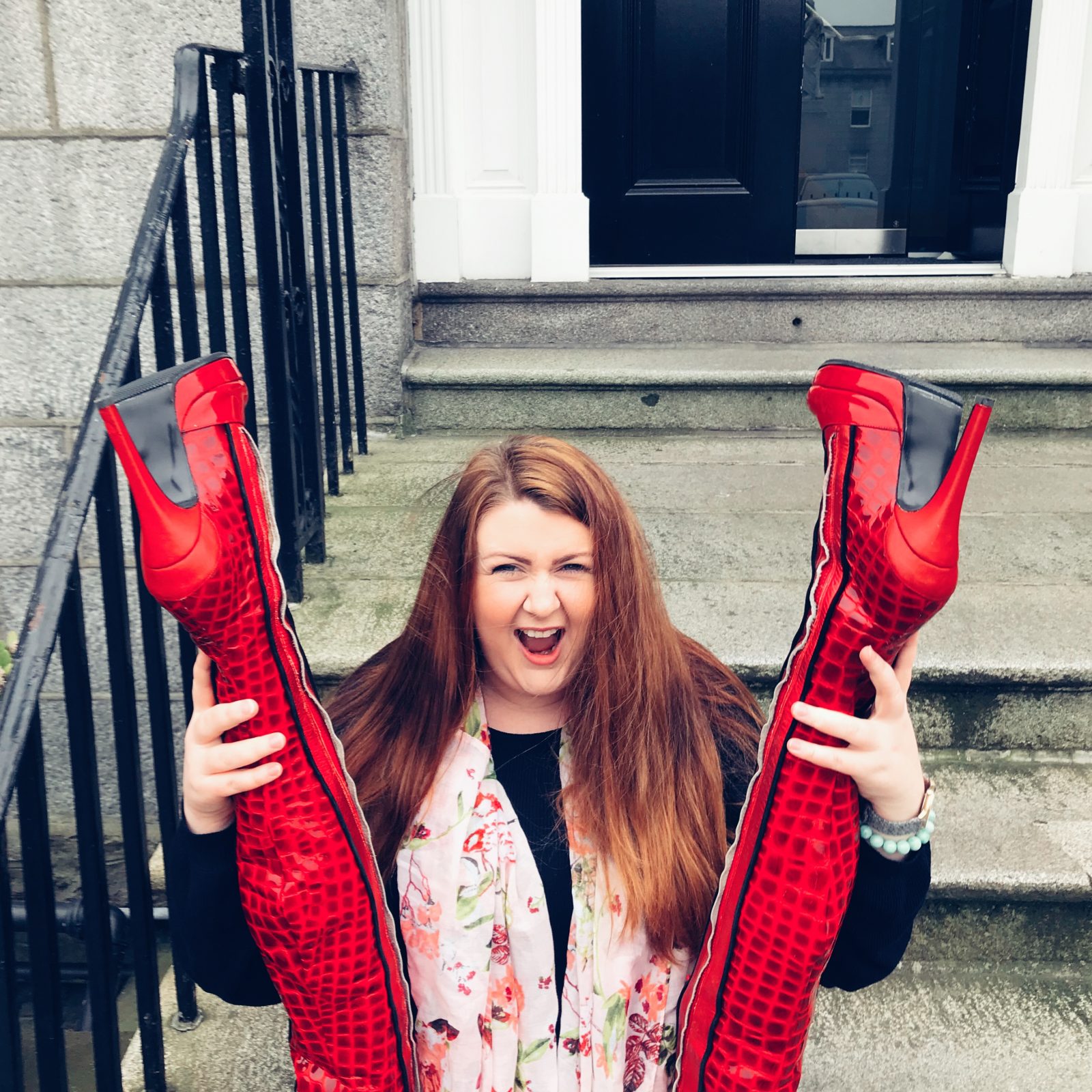 Turns out I was completely wrong as usual. All of this theatre malarky is still pretty new to me. But I’m lovin’ it. As opposed to the special edition Cyndi Lauper “this is my life,” this was a show about sparkly shoes and Drag Queens. Which makes much more sense in hindsight… The Cindi Lauper mix up was forgivable, as it turned out she wrote the lyrics and music for the show.

If you don’t love yourself, how in the hell you gonna love somebody else? 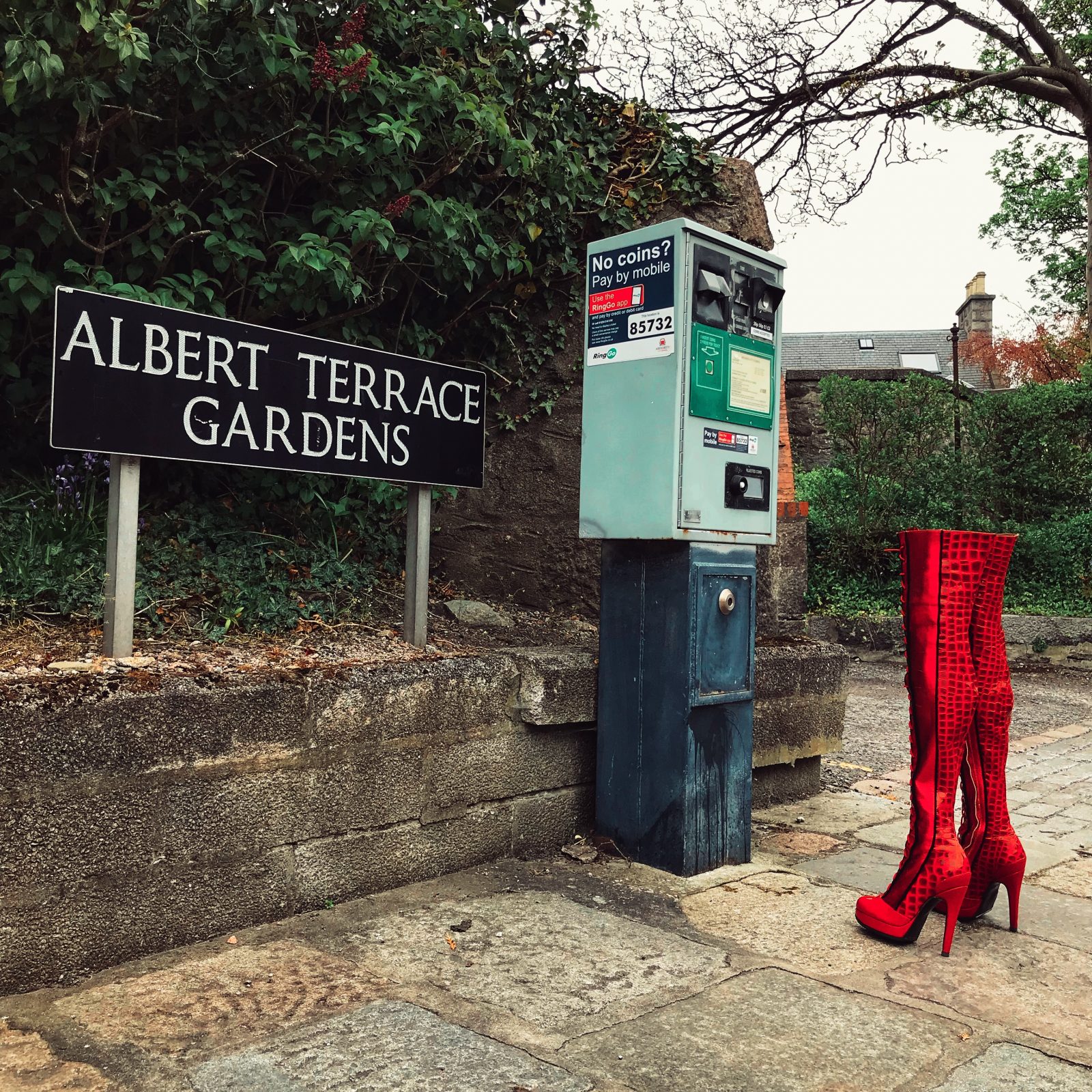 Ru Paul quotes for days. And I only know about Ru Paul’s Drag Race because of herself. And honestly, I’m not saying I hate it. The plot of Kinky Boots centres around a father passing his business onto his son – the legacy and saving of a shoe company, and an unlikely guardian angel dressed in Drag. Dragulous. 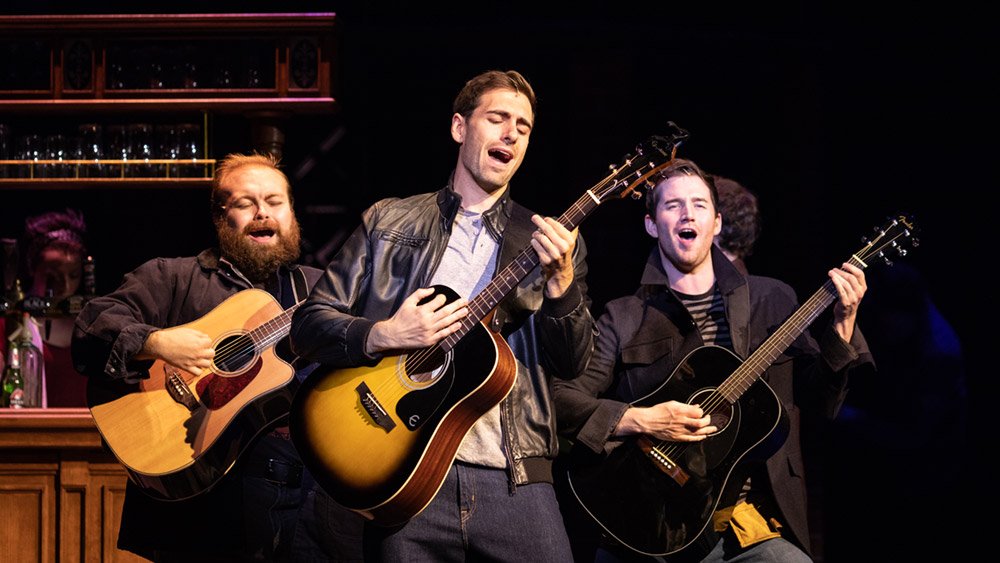 I actually laughed uncontrollably like a maniac during the song “Sex Is In The Heel”. The song was catchy, funky and all that good stuff; But during the song, an army of Drag Queens strut forward, the volume goes up by about 100 decibels and the cast belt out their brilliantly-cheesy chorus, then the volume goes down and the song carries on. It was so preposterous that it was genius and I couldn’t stop laughing every time the drag army made themselves known. 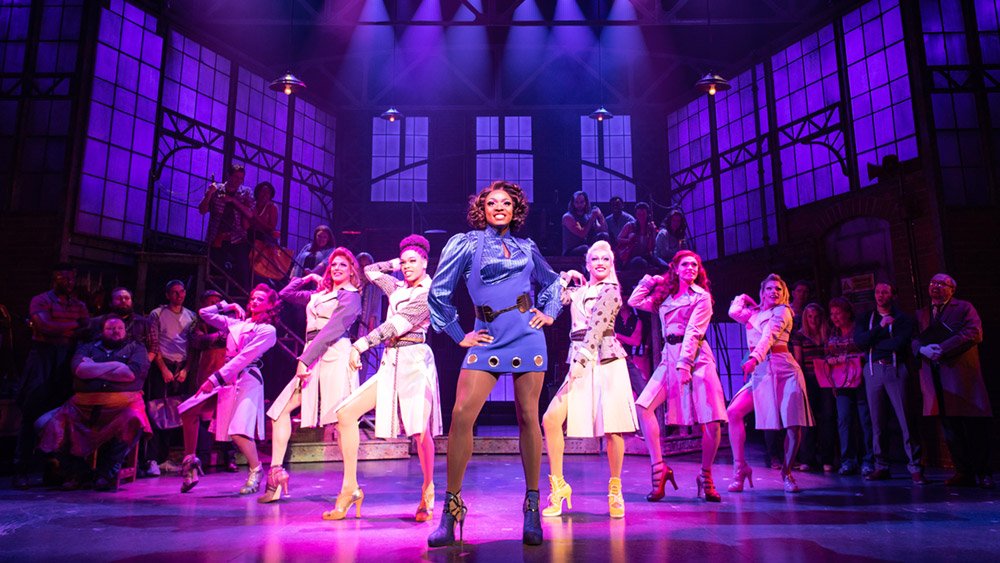 As someone who has been forced to watch Ru Pauls Drag Race on various Netflix binges, I was unknowingly prepared for 2 hours of Drag excess in the theatre. This show was ridiculous, fun and light-hearted with sensitive and somber moments. As someone who knows nothing about dancing, I can confidently say this was the best-choreographed performance I’ve seen on the HMT stage yet, so get on down to Rosemount Viaduct and cheer yourself up with Kinky Boots, cat-walking until 2nd May.