We were locked, loaded and somewhat merry from the prosecco we consumed on the deck of The Four Sisters Boatel. Not boozy boozy, but boozy enough for some “I’m about to go into the terrifying vaults” Dutch courage. We were more than ready for the thrills of a night on the town. But nae in the traditional sense. Mercat Tours contacted us to ask if we would like to go underground with them. Being the trusting and somewhat foolish individuals we are, we agreed to this trickery. They did offer us a day tour on the Royal Mile which would have been less terrifying for everybody involved. But we like a bit of danger. And ghosts. We like ghosts. So we went with the Hidden and Haunted tour.

The Hidden and Haunted tour takes you deep into Edinburgh’s eerie past. And when I say deep, I mean deep. Deep underground into the city vaults. The Edinburgh underground ghost tour started at the Mercat Cross on the Royal Mile. Which is a bit of an eerie old beast itself. But you’ll find out about that on the tour. As our tour was booked for 9.30pm, we got to experience Edinburgh by night. And Edinburgh by night is a tour all in itself. I don’t think Victoria put her phone down once. I don’t blame her. Wow. 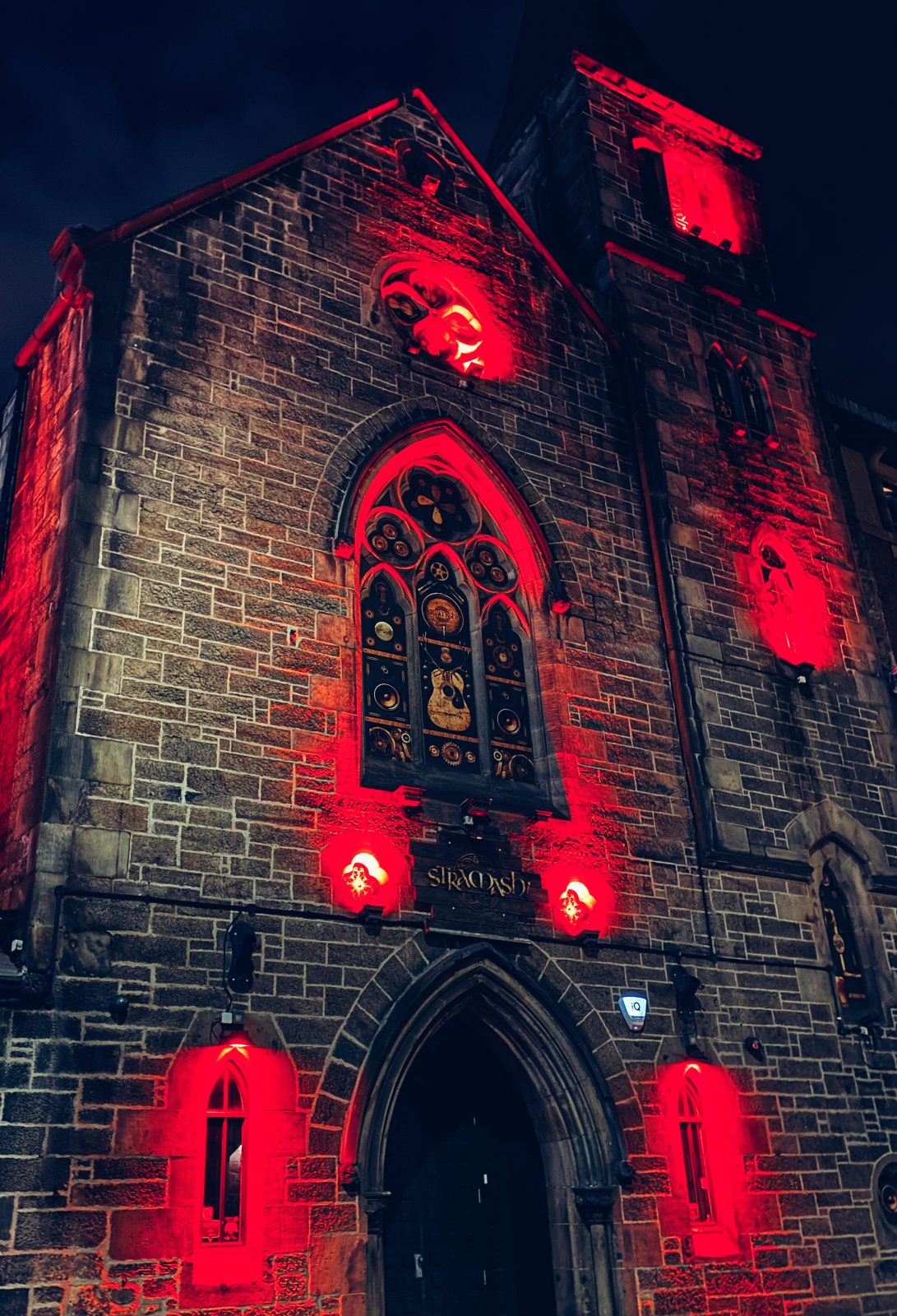 In these uncertain times, even a simple tour has to do things a little differently to adhere to social distancing. Which also meant we couldn’t hide behind anyone else, and Victoria couldn’t hold on to utter strangers when she got a wee bit scared. Which she did. Many, many times.

When we arrived at the Mercat Cross to start the tour, we were given a little radio unit with headphones. This was so we could safely hear our tour guide without getting too close. So we didn’t catch the plague. Well, the current plague. It also helped drown out the screams in the background. We were in for a night of nasty tales of executions, murder and disease.

We started with stories of folk being hung, drawn, and quartered in the car park of St Giles Cathedral. The car park now sits on top of the cathedrals old kirkyard, with all the bodies buried underneath. There’s a theme developing here. Bodies. Bodies everywhere. Mwahaha. We moved closer to the vaults via a Close (one of the Royal Miles many alleyways) and we were taught how to avoid getting murdered in a close, whilst standing in one in the dark. Fun. 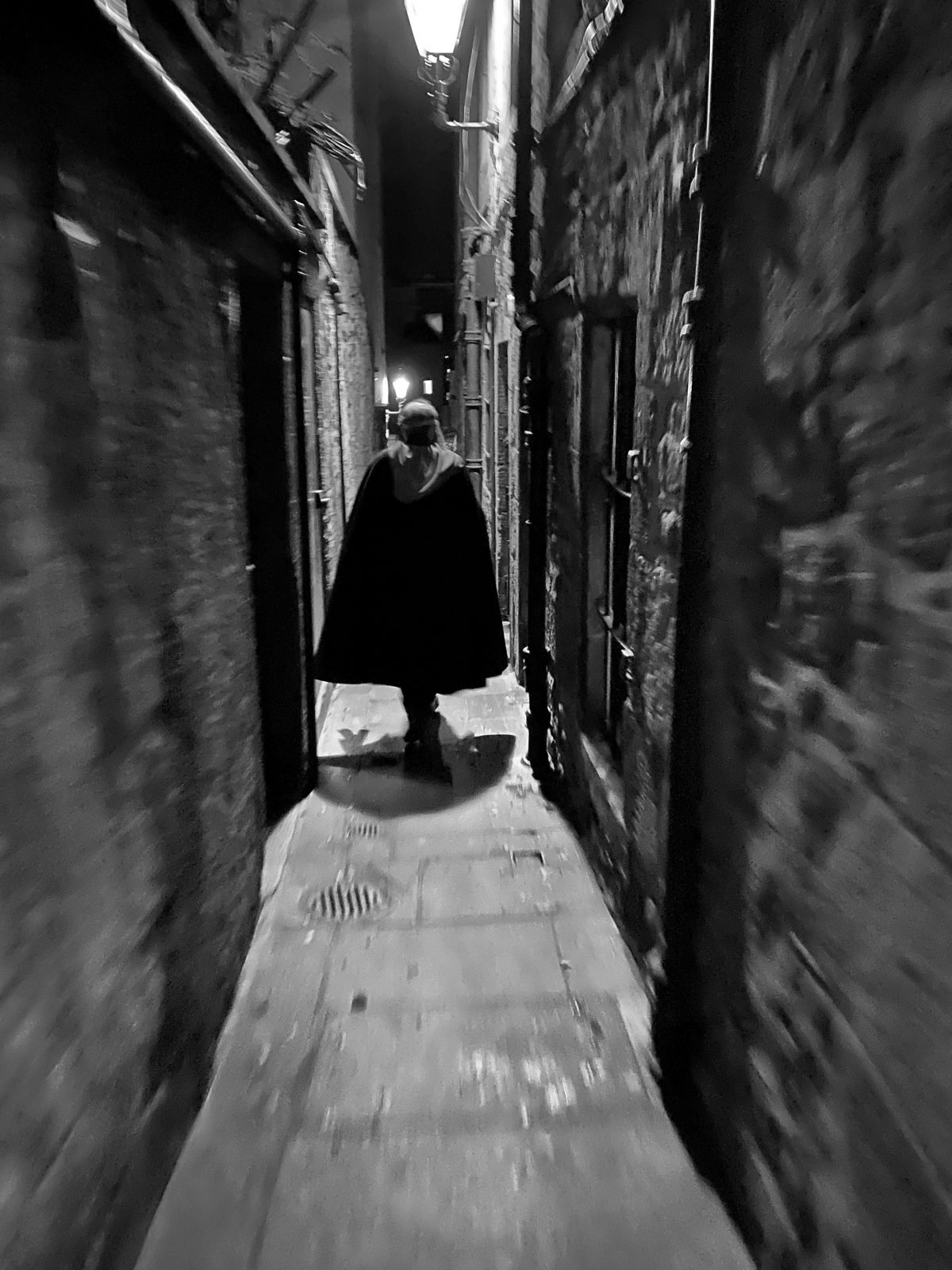 Then we entered the Mercat building and descended down the ancient, tiny stone steps, deep into underground Edinburgh. Or more specifically the South Bridge vaults. Edinburgh’s South Bridge was constructed in 1788 and had 19 arches. Today only one arch remains visible, as the bridge has been surrounded with buildings which create and enclose, the vaults.

You would be forgiven for not even knowing the bridge exists, nowadays it appears just like a normal street. The vaults were first used as workshops for various tradesmen and as storage space, before evolving into gambling spots and even housing illicit whisky stills. Later on, body snatchers used the space to store corpses before handing them off to medical students to get some hands-on practice with cadavers. 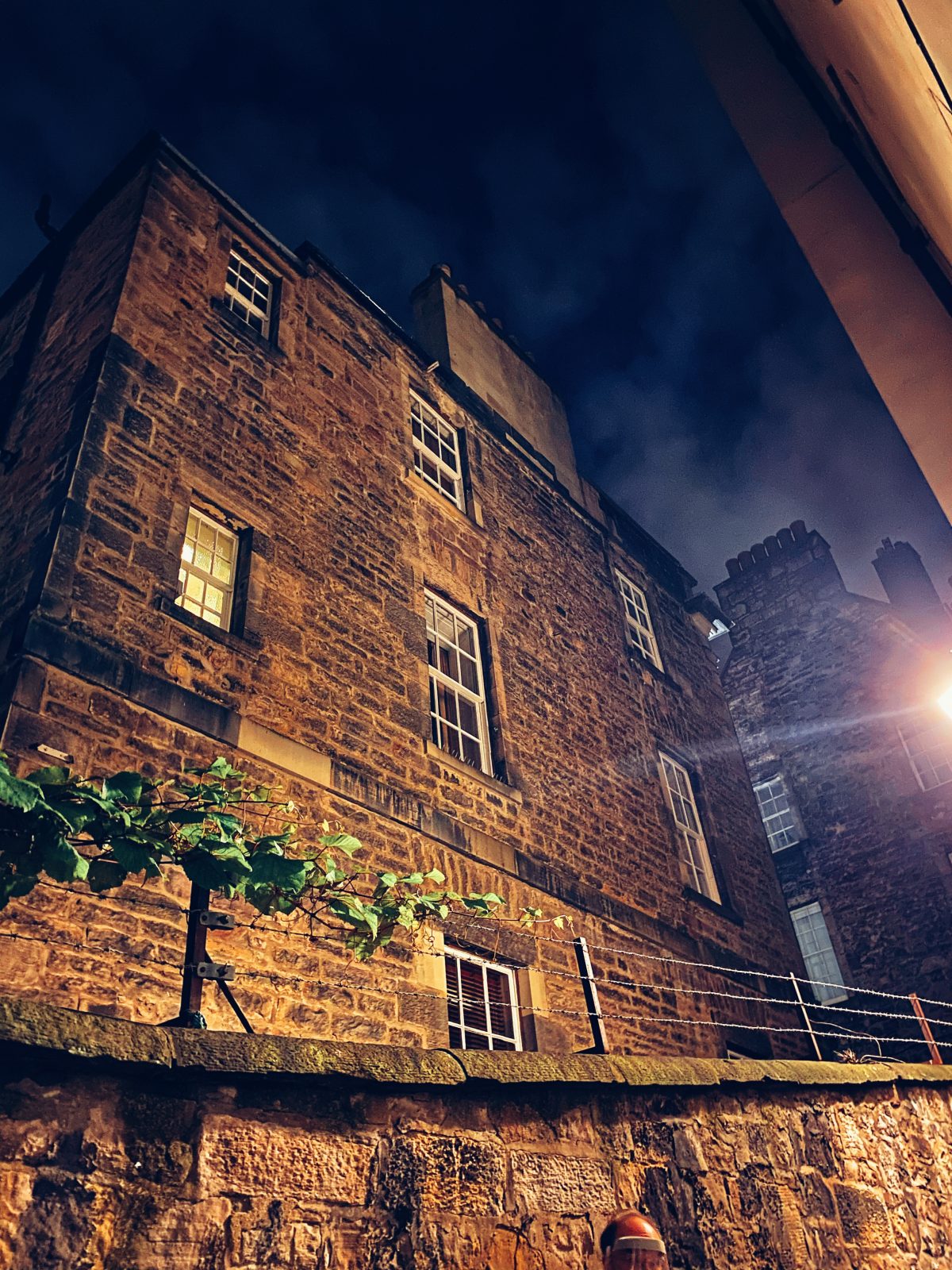 There’s been a murder

Our Mercat Tours Hidden and Haunted tour was filled with stories from the darkness, the murders, the ghosts, and the equally disturbing living conditions of the locals who inhabited the dark, damp, and dangerous vaults. The uneven floors, the arched ceilings, the smell and most of all, the lack of any natural light really do make you appreciate electricity and windows – they are truly underrated mod cons.

Head over to mercattours.com to book your spooky adventure into the depths of Edinburgh with Mercat Tours.