I took a shot in the dark with this one. Every New Year, we do the same damn thing. We talk for months about our grand New Year plans, usually involving a city break and a hell-ton of glamour. And every New Year, we stay in the house in our pyjamas eating our body weight in mini sausage rolls, whilst drinking the house clean-out of booze. And it’s fun. But it ain’t glamorous. I’m still lucky enough to be in my 20’s, and I’ll be damned if I am spending every New Year exactly how I will spend every New Year when I am 52. So this year, I put my goals in concrete. I booked the Moxy Glasgow in August, in anticipation of my big-ass NY plans. So we had no option but to see them through. 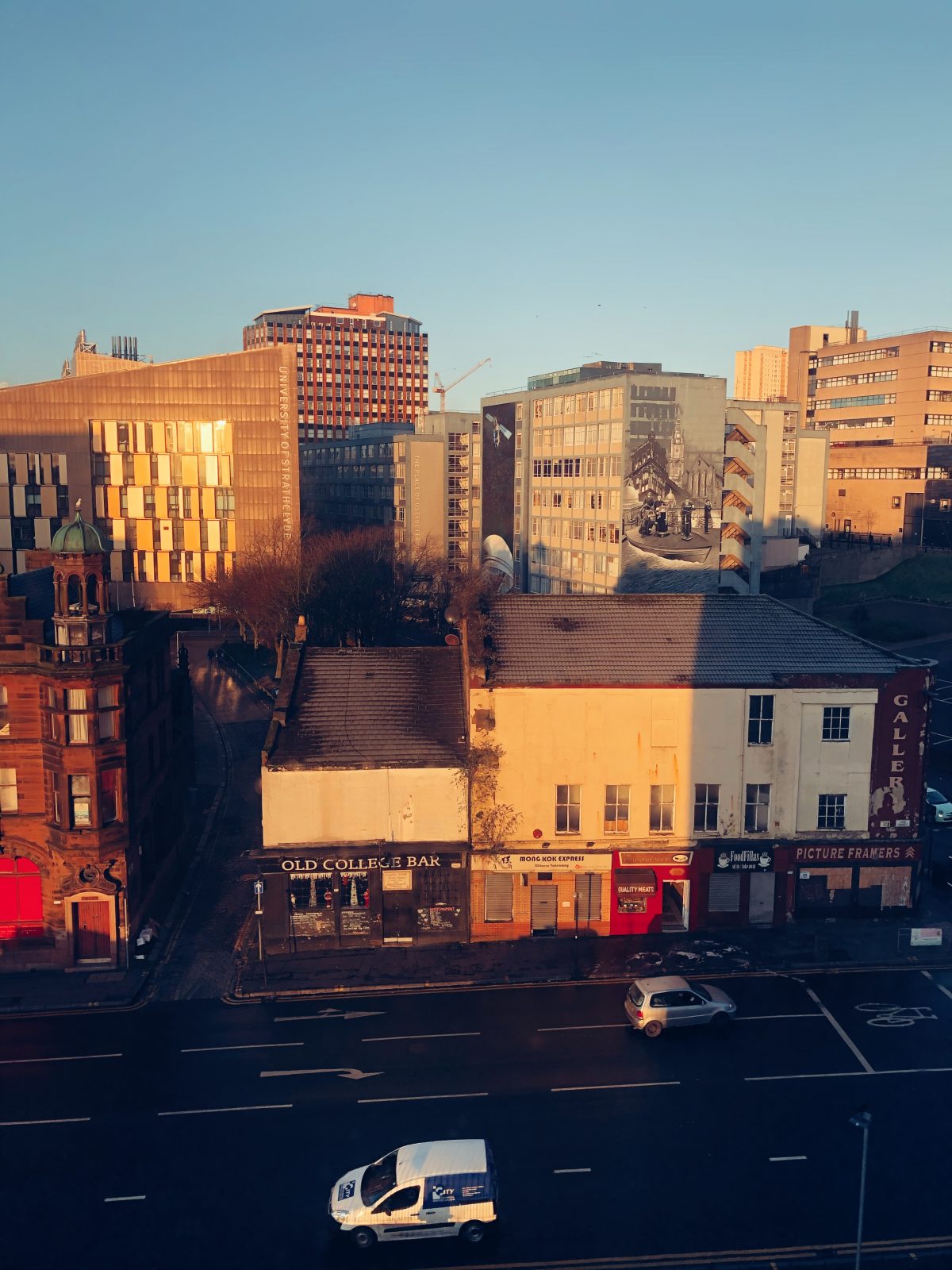 I am a Glasgow superfan. Glasgow is my favourite city in Scotland. It is raw, real and rich in metropolitan Scottish vibes. And I am obsessed. But the last time I had New Year in Glasgow, it was 2014 and I was dragged along to a bar that smelt like literal excrement. This is coming from someone who is 9/10 obsessed with dive bars. But this was beyond a dive. It was a good night, but I was still too old back then to turn a one night boozer into a 3-night boozer and by the time the day after New Year came, I was broken, soul-less and so painstakingly fed up of the poop bar. This New Year would be different.

The Moxy Glasgow had great reviews, many of which nodding to it being a very social and lively hotel. It was really cheap when I booked it, around £200 for 4 nights, for both of us. 4 days in Glasgow, over New Year, come to mama. 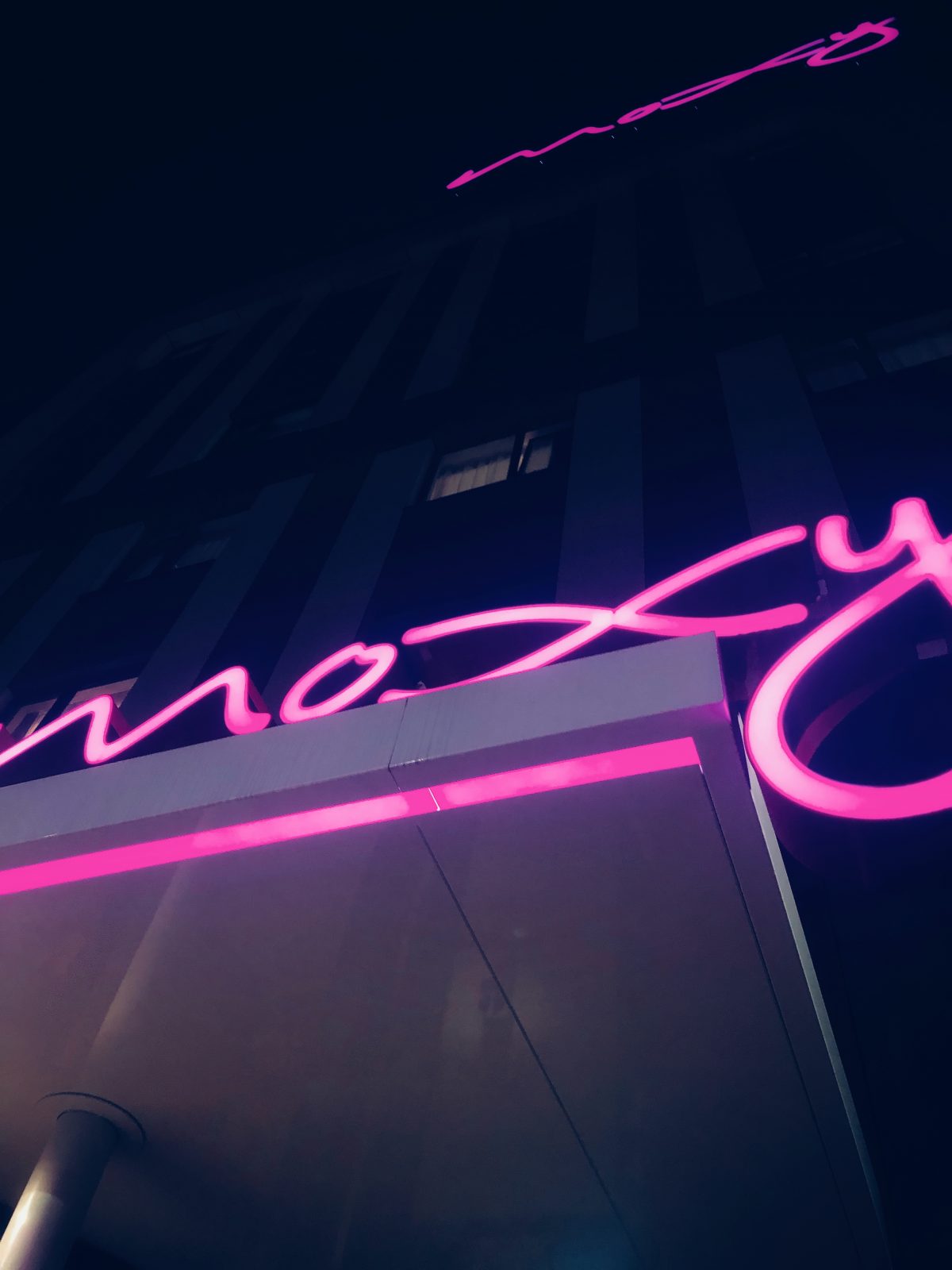 Glasgow is a melting pot of architecture and no two buildings are the same. The Moxy is no exception to this. With a white, shiny and sleek exterior, the Moxy stood out like a welcome thumb, in Glasgow’s popular Merchant City. This was one of the “coolest” hotels we had stayed in. In fact, if River Island, ASOS and the Arctic Monkeys opened a hotel, I’m pretty sure this would be it. Chilled, cool vibes. The bar doubles as the reception desk and we were given a free glass of cocktail punch upon arrival. Nothing fancy but enough to wet one’s whistle.

Moxy Glasgow is a very modern hotel. Think neon, artsy and funky. We spent plenty of time in the hotel lounge, which turned out to be a very productive environment. We enjoyed a few cocktails in a cosy booth over our laptops and our inspired 2020 game plans. Cocktail prices were reasonable.

The hotel doesn’t have a restaurant as such, but light bites and snacks are available during the day. There is a self-service area for purchasing booze, sandwiches and snacks, and more importantly, endless free coffee.

BEST BIT: Parking in the nearby car park is only £5 for 24 hours! 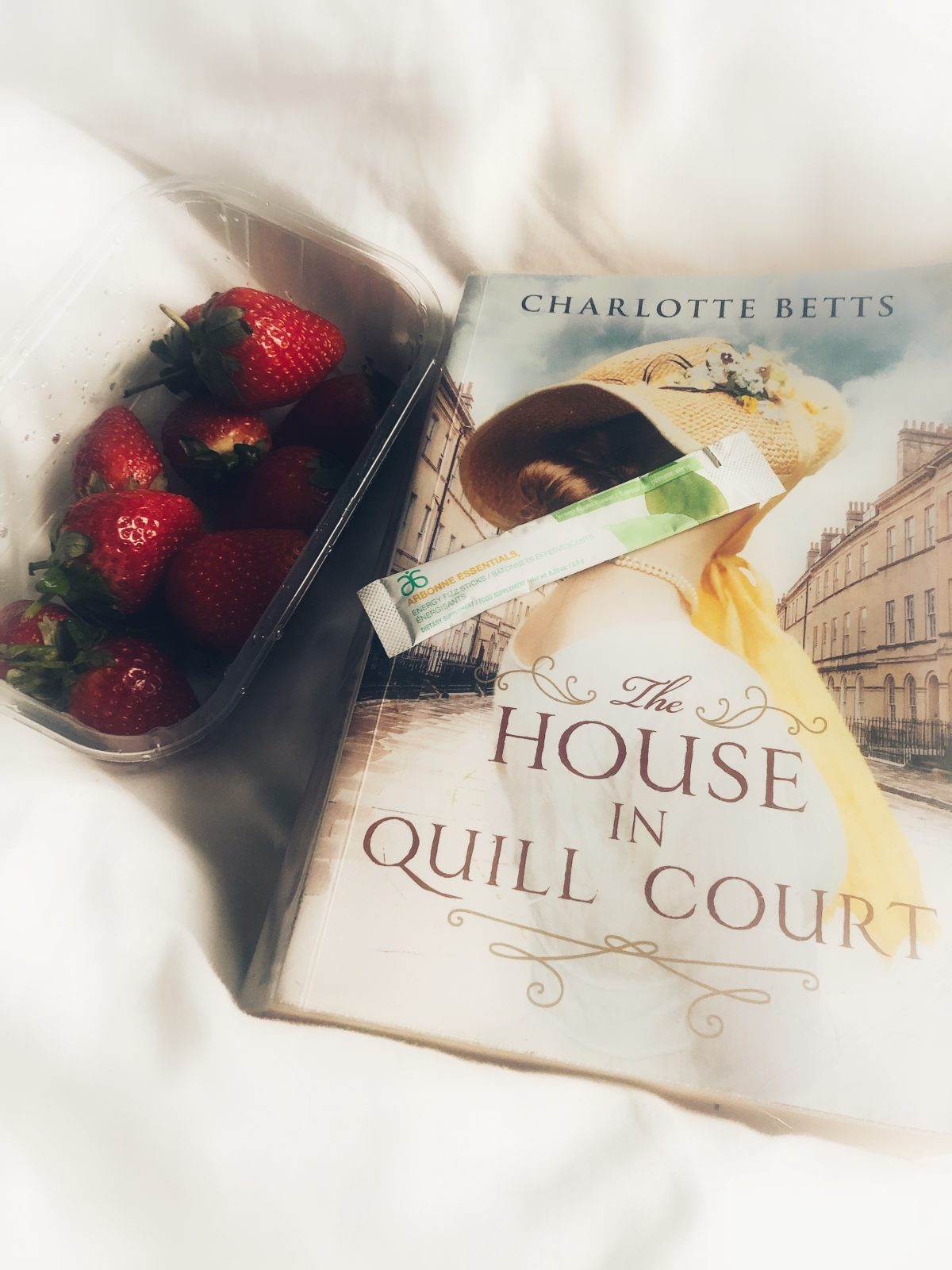 We stayed in two different rooms during our stay, mostly because booking.com made a buggery of our booking and confused both us and the hotel, tenfold. Our first room, the Moxy Sleeper, was spacious, comfortable enough and clean but didn’t have tea and coffee making facilities. Our second room, the Moxyfied Peak Sleeper, was on a higher floor and had a kettle. Both rooms were comfortable and extremely well-priced. The beds were really comfy and our only critique would be the pillows, which were lumpy and completely hard to explain. Not our jam! Maybe we’re pillow snobs. Who knows. 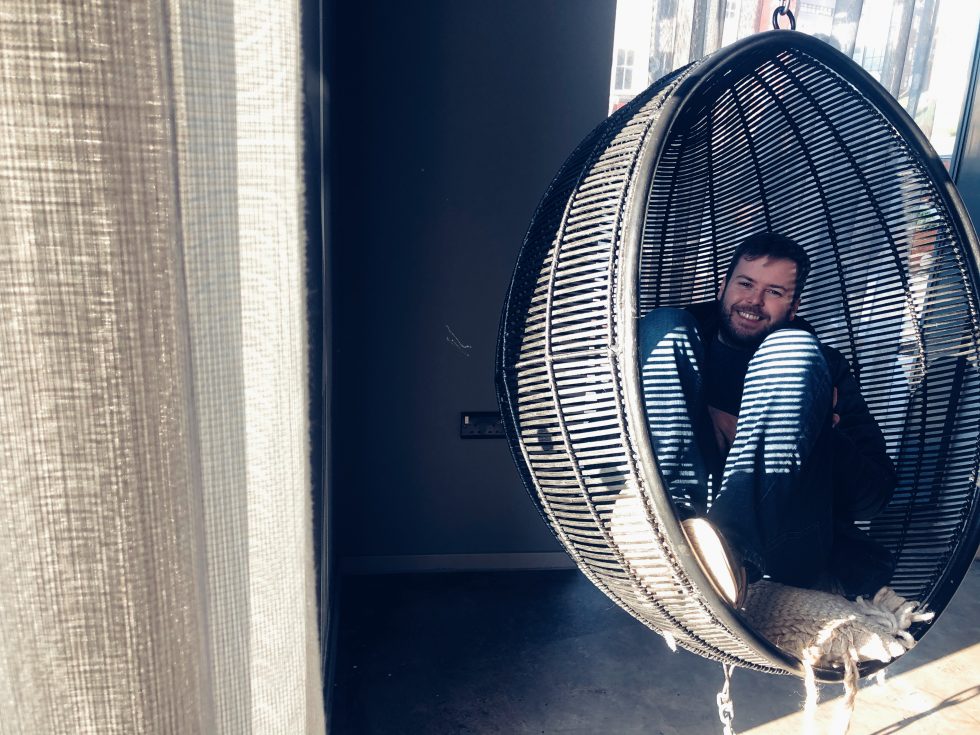 The Moxy Hotel in Glasgow’s Merchant City is only a 10-minute walk to George Square so there is no denying it’s in a fantastic location. This is your goto hotel if you’re planning a foxy weekend trip to Glasgow, for shopping, boozing and banter. The lounge is also a very productive environment, which could be due to the cocktails. It’s amazing just how much can be achieved under the influence of champagne and orange juice…