You know when somebody hints like hell but their hinting is so heavy that you can see right through them? That’s my granny. As I was making my morning tea, she talked about how wonderful Moy Fair was. “You really should pop along if you get the chance. Scott would just love the shooting. There are dogs there to, don’t you love dogs? There will be lots of trade stands. You love trade stands. Oh and the feel of the place… There is just a lovely feel about Moy Fair. It isn’t like any other fair. It is nothing like the Black Isle Show. You’ll love the Birds of Prey.” So I asked “Granny, would you like to come to Moy Fair with us?” “Oh yes, I had been thinking about it.” *Rolls eyes* She was always going to be invited. 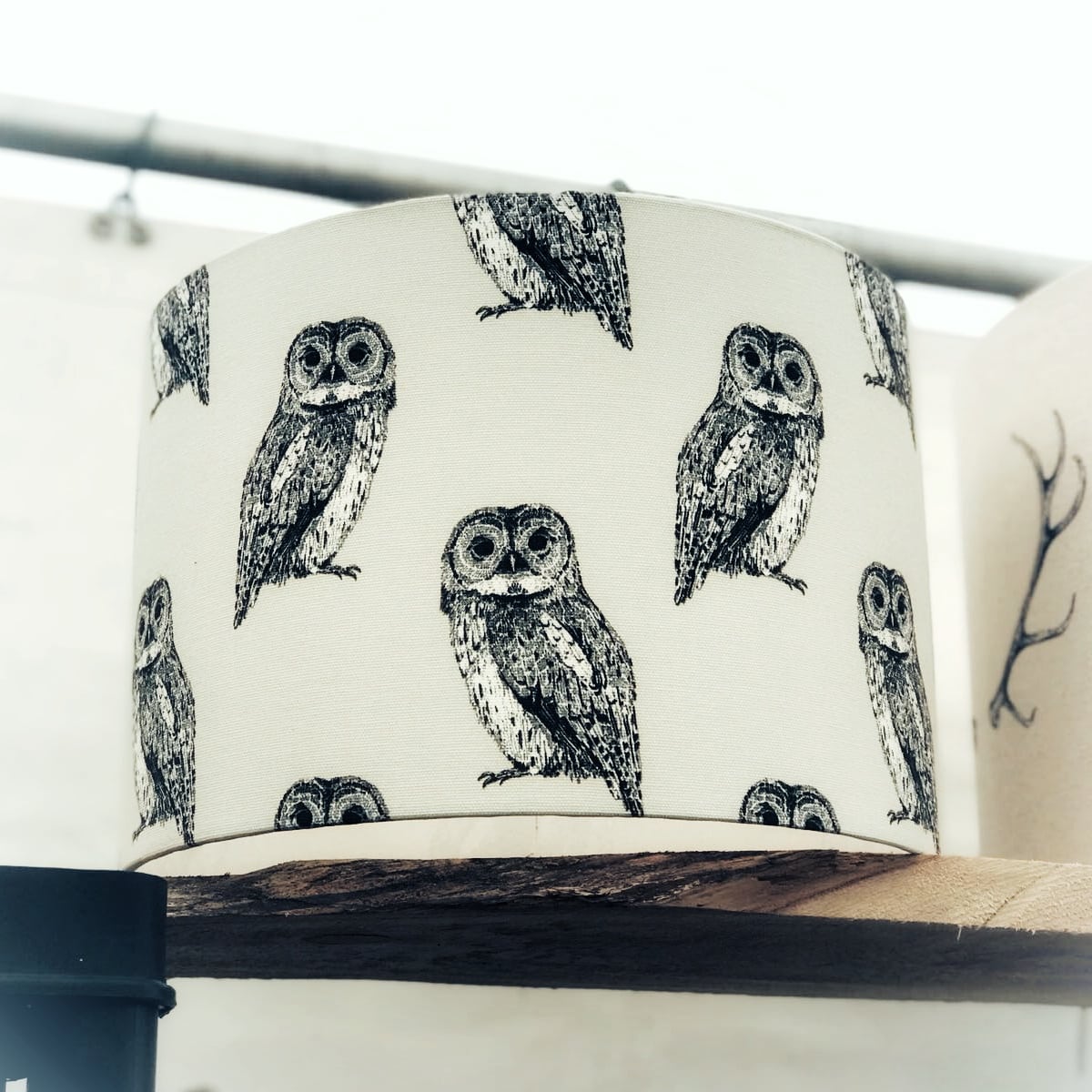 We had never been to Moy Game Fair before so we decided to see what all the fuss was about. Granny decided that she was all of a sudden the dogs best pal. “Can Callie come? She won’t be any bother. She’ll love to see all the other dogs. If Callie isn’t going then I’m not going.” *Rolls eyes* “Take the damn dog.”

You, Me and Granny 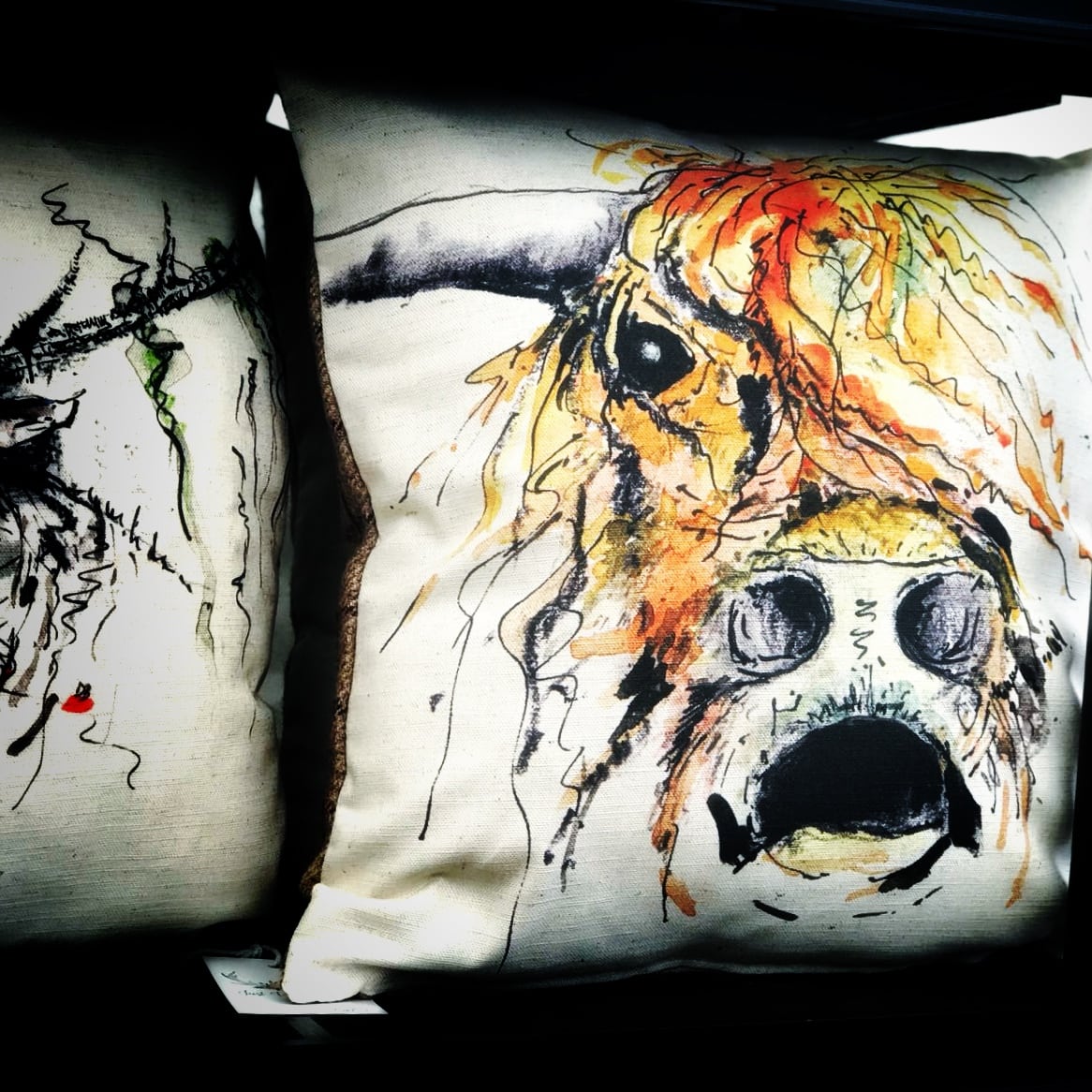 It was ‘wet air’ raining in Inverness. You know the type of rain that isn’t even really rain but just rubbishy wet air? Well, yeah, that. Granny then realised it was raining (just as we were all ready to leave the house) and was all of a sudden not so sure about the fair incase she dampened her perm. So we all hung around in the kitchen while granny read the forecast of distant hills, trying to figure out which direction the clouds were moving in…

After eventually convincing her that this is the hottest Summer Scotland has ever had, and that the rain probably wouldn’t amount to much, we got in the car and headed out towards Moy. My tummy was rumbling and I had been promised hot doughnuts. Scott was in a mood because he hasn’t been cool since February and continued to let us all know this every 5 minutes. Families.

Scottish Style and The Case of the Whistlin’ Manny 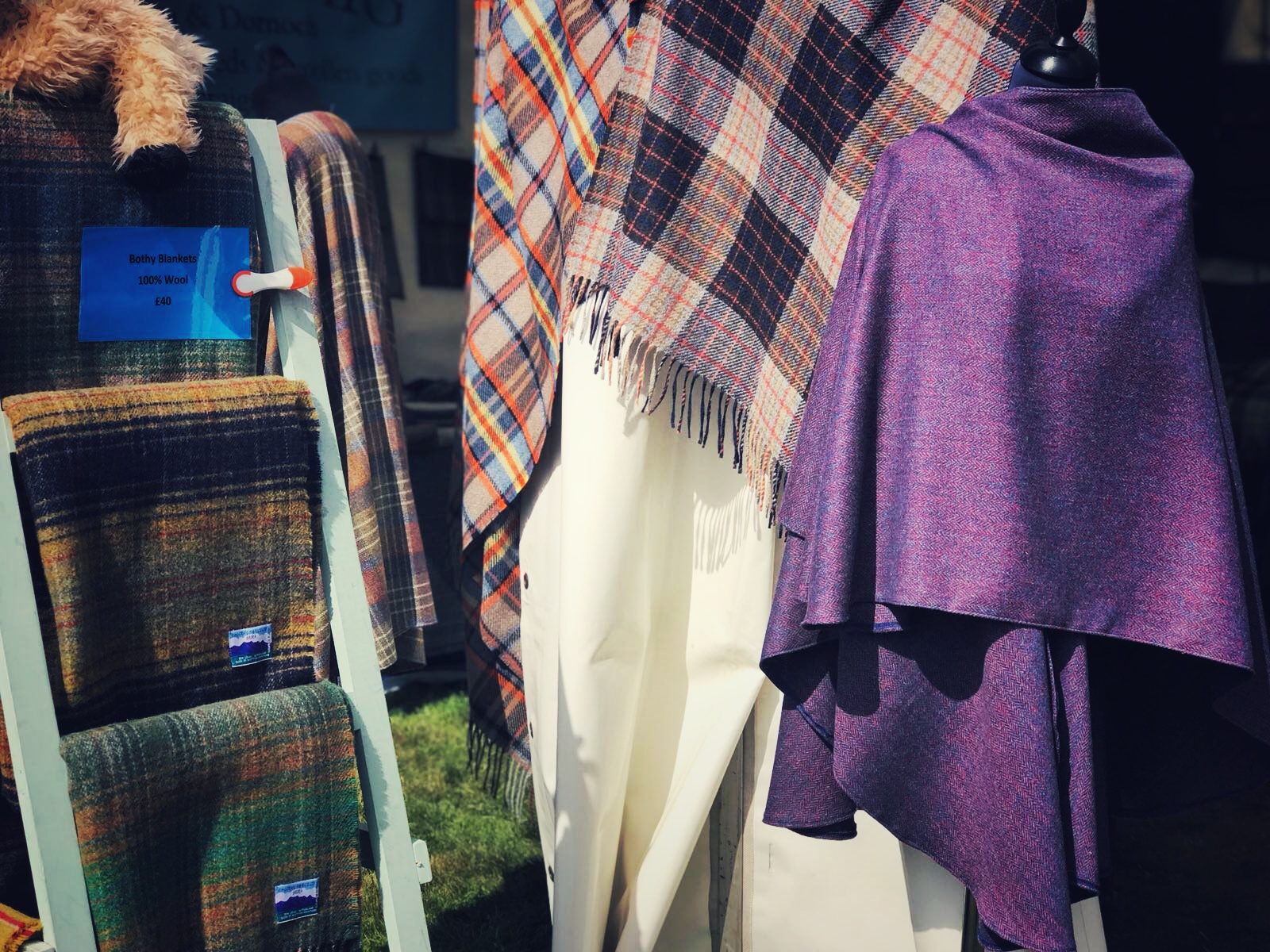 Thankfully the main show ground wasn’t terribly far from the car park (still suffering from ankle-gate). The car park was heaving which surprised me. I expected a wee piper, a couple of stalls and a burger van. What I got was like 52 million times better.

A wee manny stood at the entrance, whistlin’ through a microphone and attempting to play an electric guitar. Scott, being a guitar prodigy, wasn’t too impressed by his string skills but granny and I were enamoured by his clueless cuteness. Granny said he had been there for years, but I reckon he’d probably been home a few times for a shower and some scran. 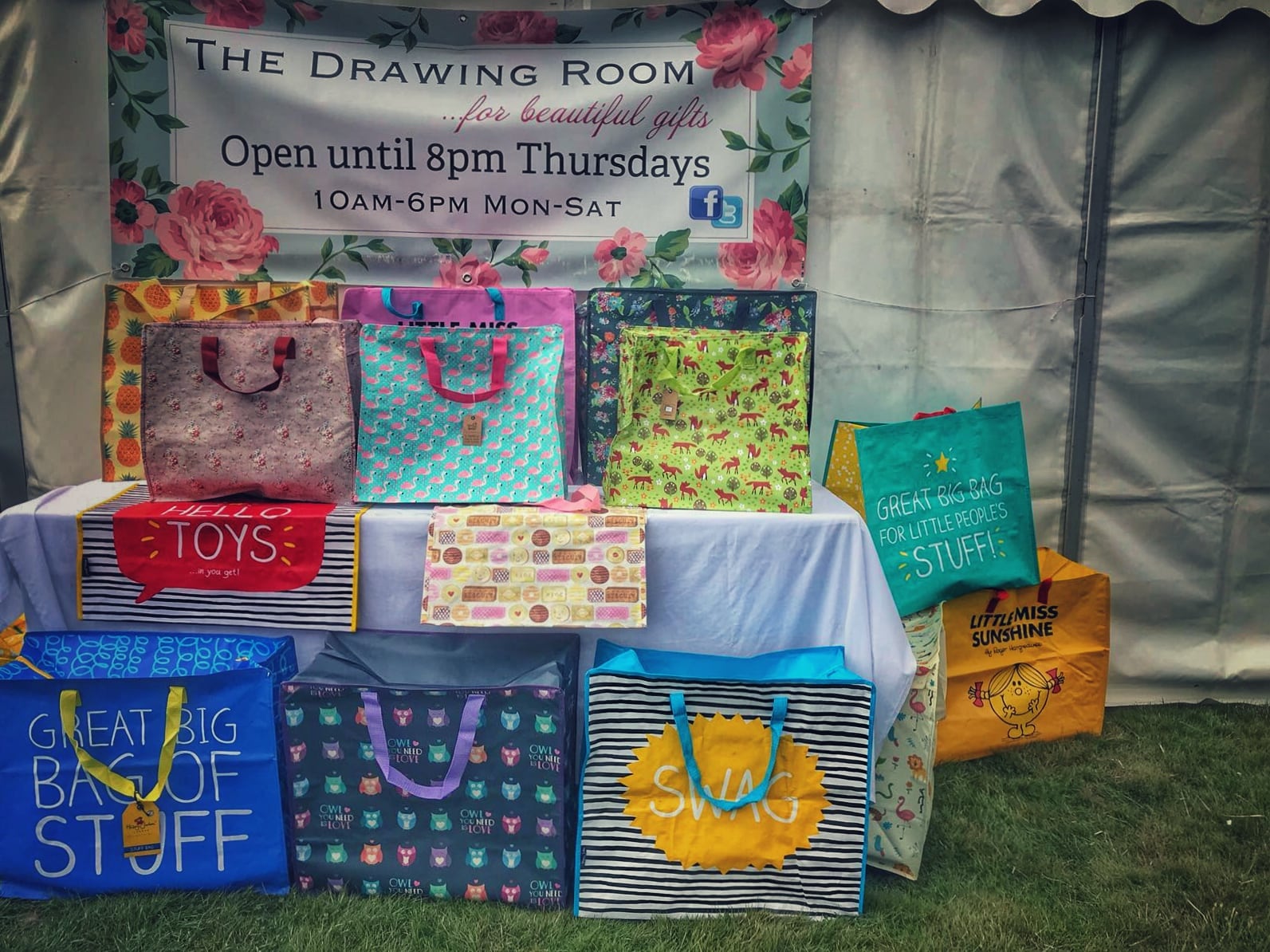 As soon as we entered the main show ground, my eyes were finely tuned in to all things SHOPPING. I love an excuse to buy random Scottish goodies. Scott doesn’t love my excuses. So I sent Scott, granny and yon’ dog off ahead whilst I ogled over home decor goodies by Just Wright Crafts and The Drawing Room and antler accessories by Glenartney Antlers. Unfortunately they were too deer. Deer… get it, eh, eh? 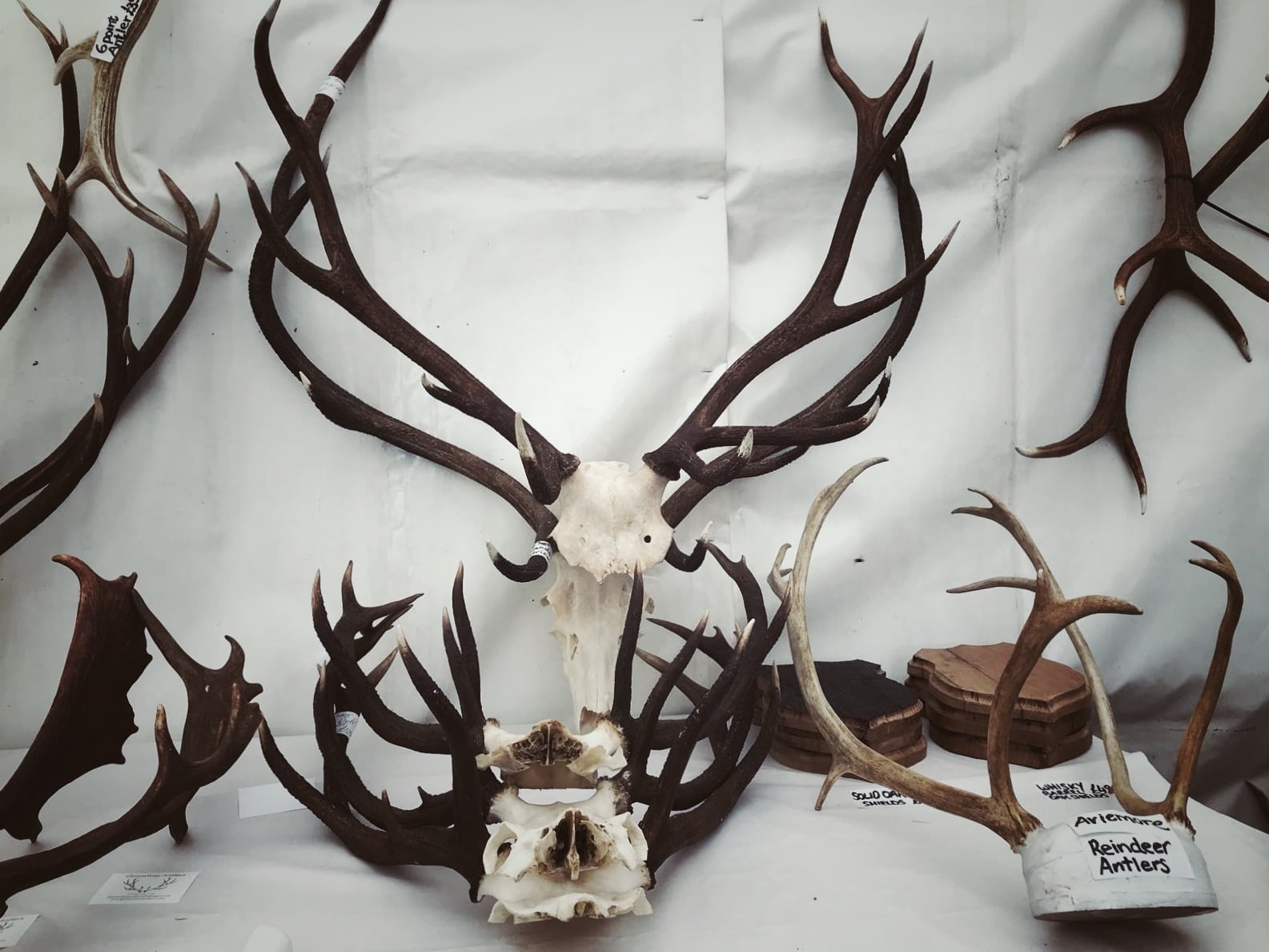 After a good ol’ nosy around the stylish wraps and tartan accessories at the Kingcraig stand, I decided to find ma famille and in turn, hot doughnuts. I had told them not to walk too far ahead so it would only make sense for them to be at the complete other end of the show ground… When I finally caught up with them, Scott was drooling over a bright orange Mustang, telling me all these specs about it that I definitely listened to but unfortunately can’t remember… Granny forced him to get into the car for a wee seat and for minutes, Scott looked the happiest I had ever seen him. 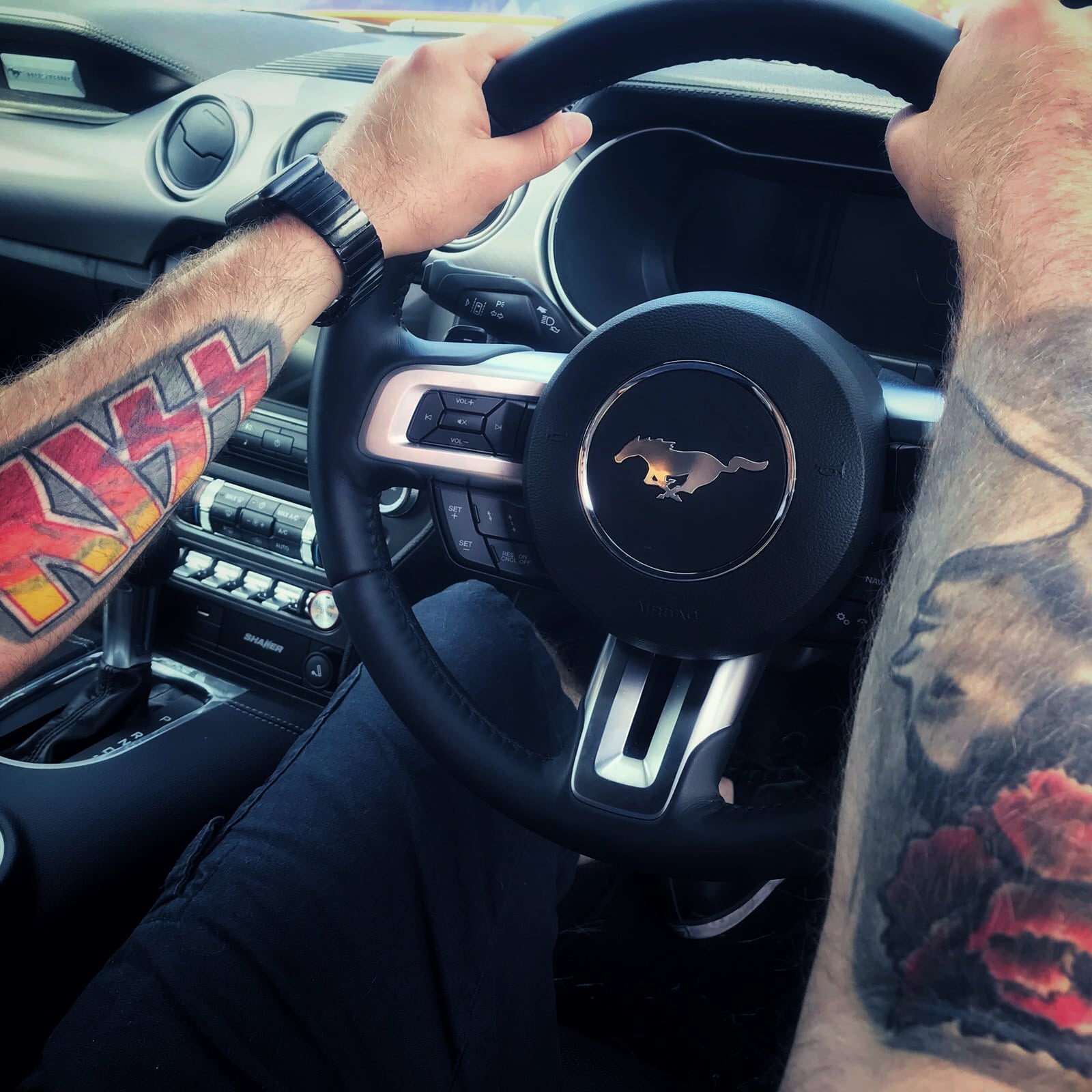 Highland Audi and Hawco Volkswagen were also there showing off their models, including a brand new gold VW T-Roc. We had reviewed its white Aberdonian cousin earlier in the year. 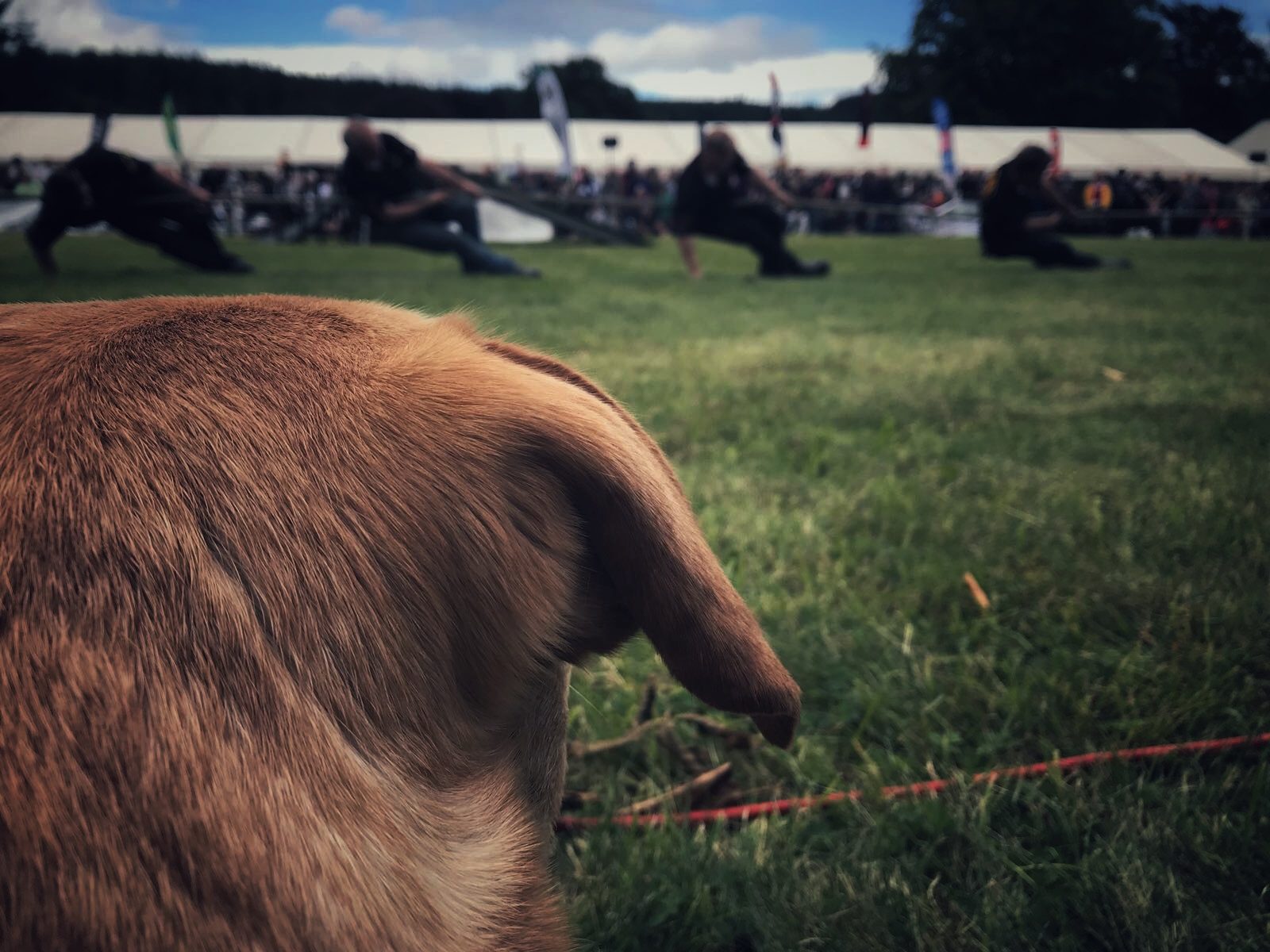 The dog had a better time than all of us put together. She wandered around the show ground sniffing bums and causing Scott physical trauma with her sub-parr lead skills. We took a ringside seat to watch the Birds of Prey, whilst Callie took in all of the smells, nibbled pieces of doughnut and bobbed her head around watching the eagle swoop. Pampered pooch.

It was, however, really hot at Moy Fair and the dog was definitely suffering a wee bit in the heat. She rolled around the grass covering herself in mud to cool herself down. Thankfully many of the stands had thoughtfully left water bowls out for dogs. One of these was Dog Robes, a Scottish company who sell high-quality dressing gowns for dogs to pop on once they’ve been for a swim. Callie has told me she has a dog robe on her wish-list, along with 3 pigs ears and a rawhide elbow. Only the best for Il Diva.

Shotgun Underneath the Hot Sun 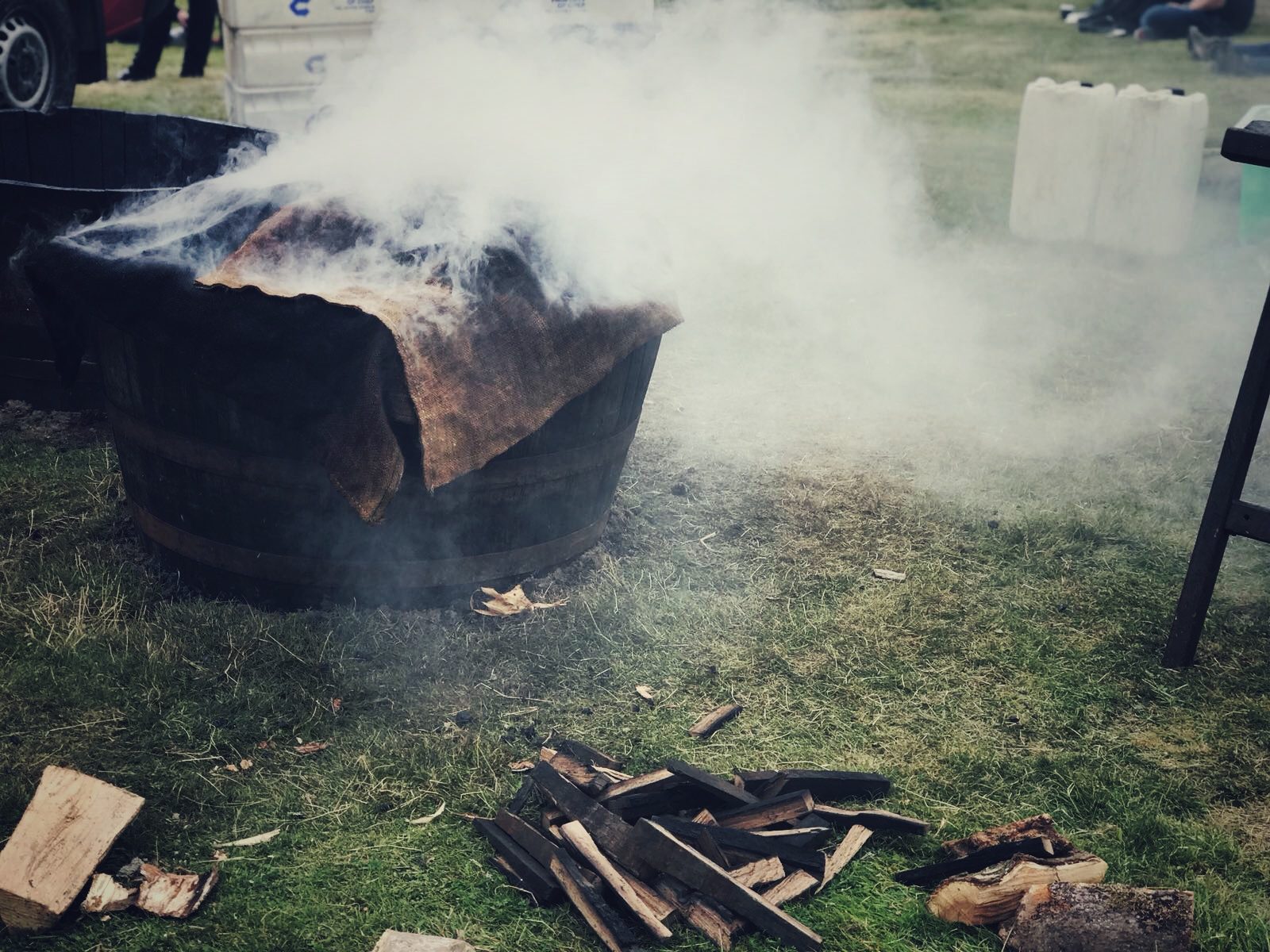 Scott loves James Bond. He loves all spy films and thinks he is Snake from Metal Gear Solid. Most of this (thankfully) goes over my head but every so often I have to entertain him. I don’t know who was more excited at the ‘Try a Gun’ stand. Scott acted all cool and pretended he wasn’t interested in shooting. I knew he hadn’t shot a gun before and I knew once he had, he would be absolutely delighted with himself. So I forced him to gunpoint. Bearing in mind that he had never shot a gun before, he took 4 shots and hit the target every time. I couldn’t wait for him to come back as I knew he would be beyond snug. I was right as since then he has referred to himself as Gunner and keeps saying he ‘hasn’t missed a shot in 29 years.’ 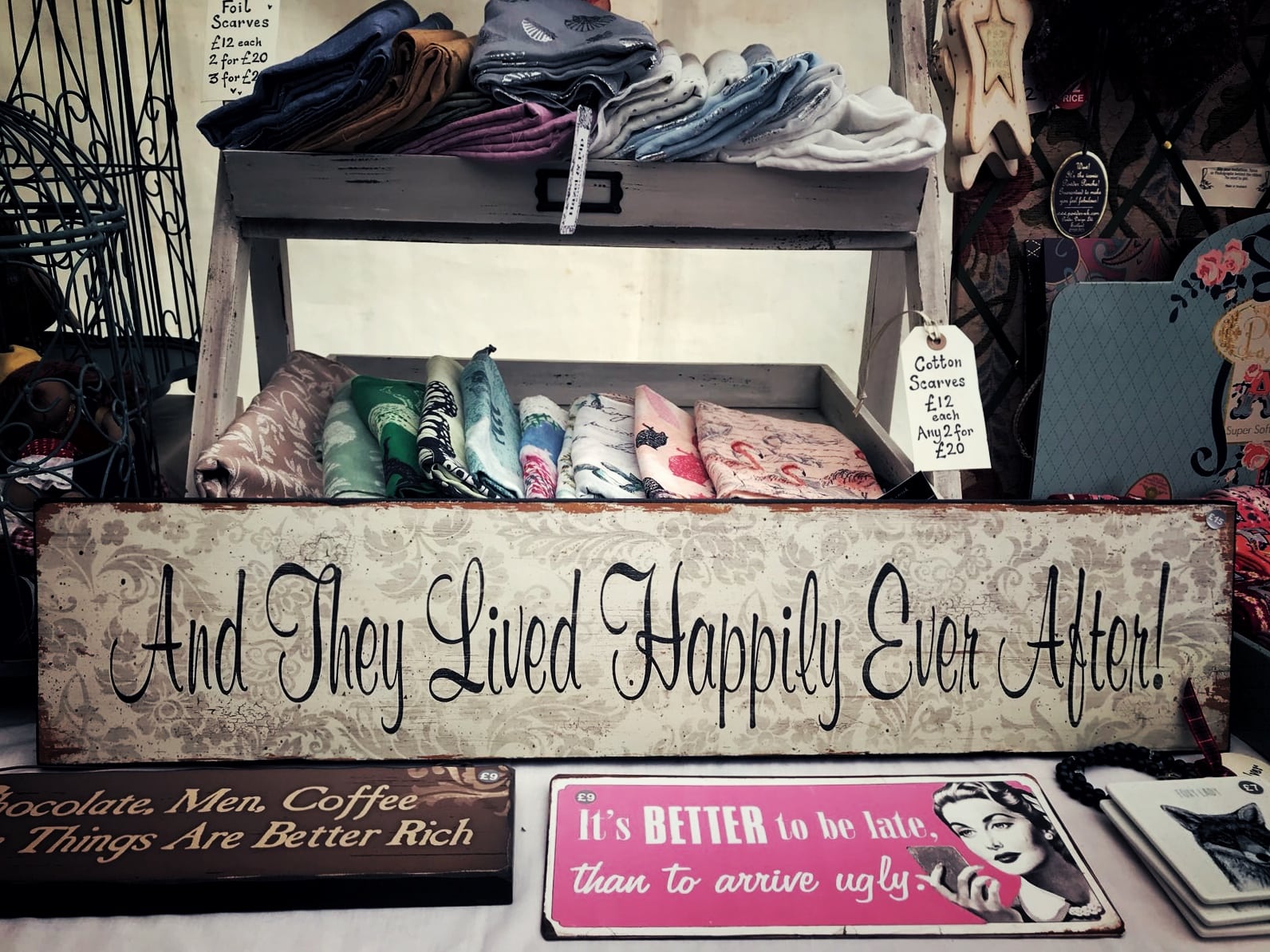 I absolutely love Moy Game Fair and cannot wait to go back next year for a go at angling. Along with an abundance of varied stalls selling fantastic Scottish produce, there are also lots of events and activities to keep all ages entertained and the hot doughnuts are above average. Considering Moy was on during the same weekend as Belladrum, the turnout was great and the weather definitely helped.