I was starving by the time we got to Mr C’s Whisky Bar & Restaurant. The journey from Edinburgh to Loch Lomond should have been like any other, but it wasn’t. It drained both of us of all our energy and Mr C promised us a well-deserved top-up. When we slipped onto the M8 with the castle in the rearview mirror, it was pushing 5pm and to get straight to the point, holy hell I have never seen so many cars, near accidents and general madness on a road since I was on an airport shuttle bus in Turkey. I used to think Aberdeen was congested, now it seems like a small hamlet of 7 houses. As we sped through Glasgow at a mind-bending 40mph inside an angry mob of commuters, the road eventually opened up and Loch Lomond was in sight. 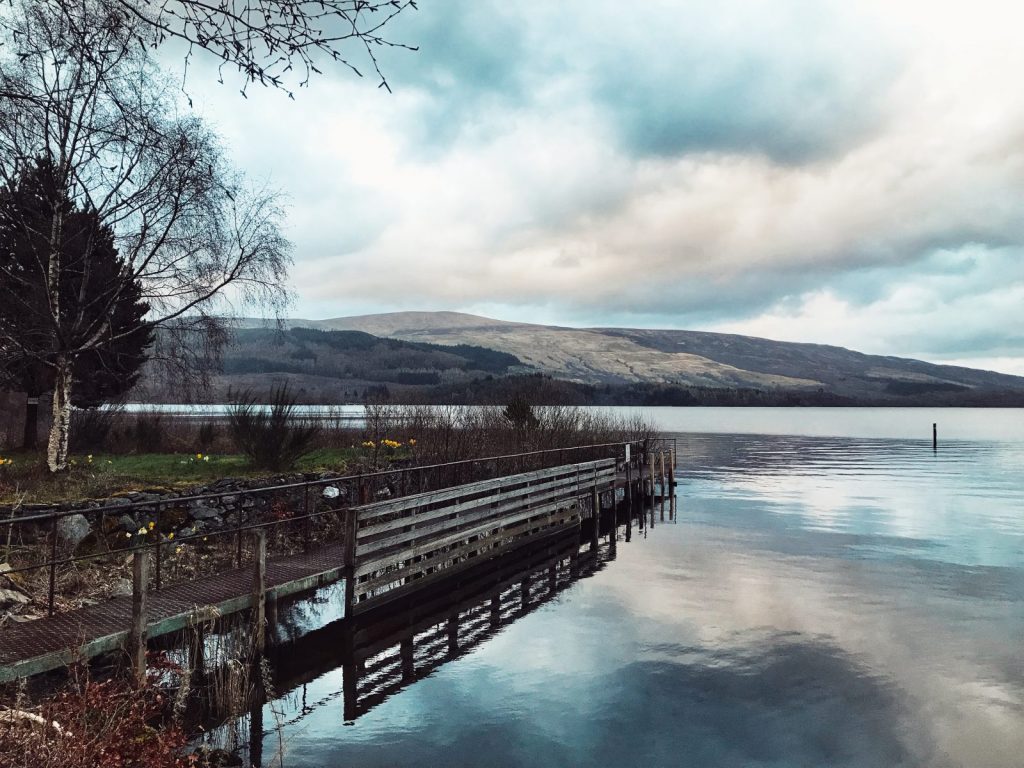 After we checked in, took our obligatory blog photos it was time to run down to the restaurant and stuff our empty faces. Mr C’s is like a high-end chipper/restaurant with a world famous loch as the backdrop. For starters, Victoria ordered Calamari with garlic mayonnaise/the biggest squid rings we have seen probably ever. 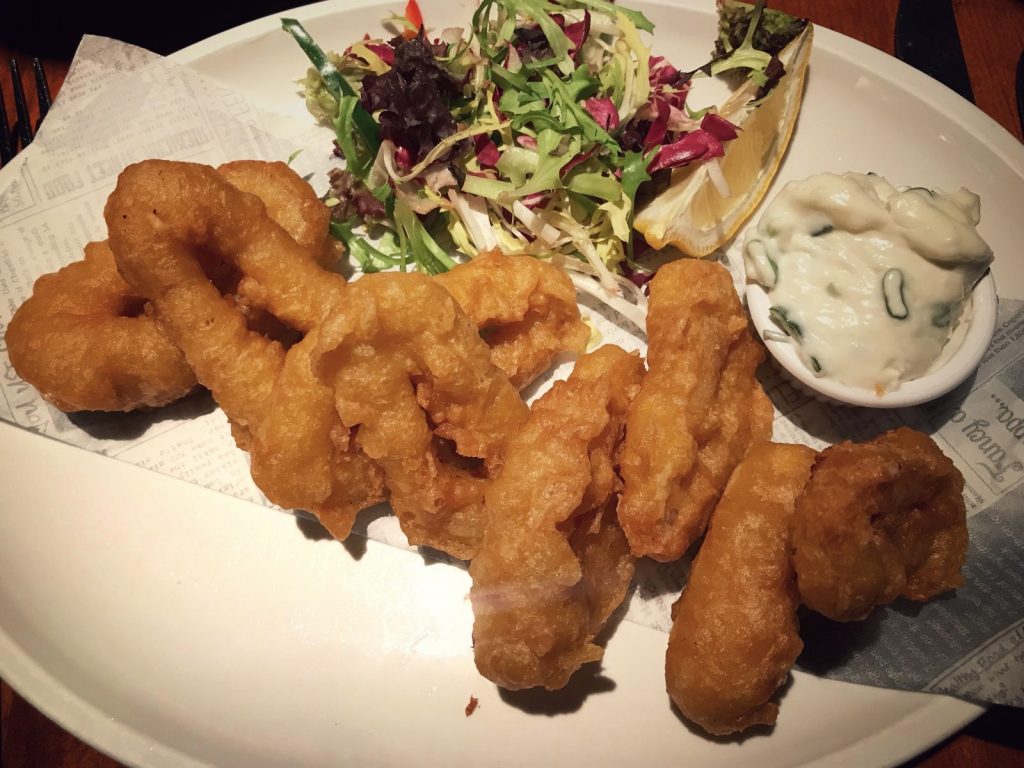 I did my usual and tried to order something a bit weird from the menu, and the weirdest thing I could find was Blue shell mussels in a white wine, garlic, parsley, and shallot cream sauce. It was beautiful. What I mean was I would drink that sauce every morning instead of coffee.  After I harrassed Victoria to try it, she immediately looked sad that she’d missed out on such “weird” food for 27 years. 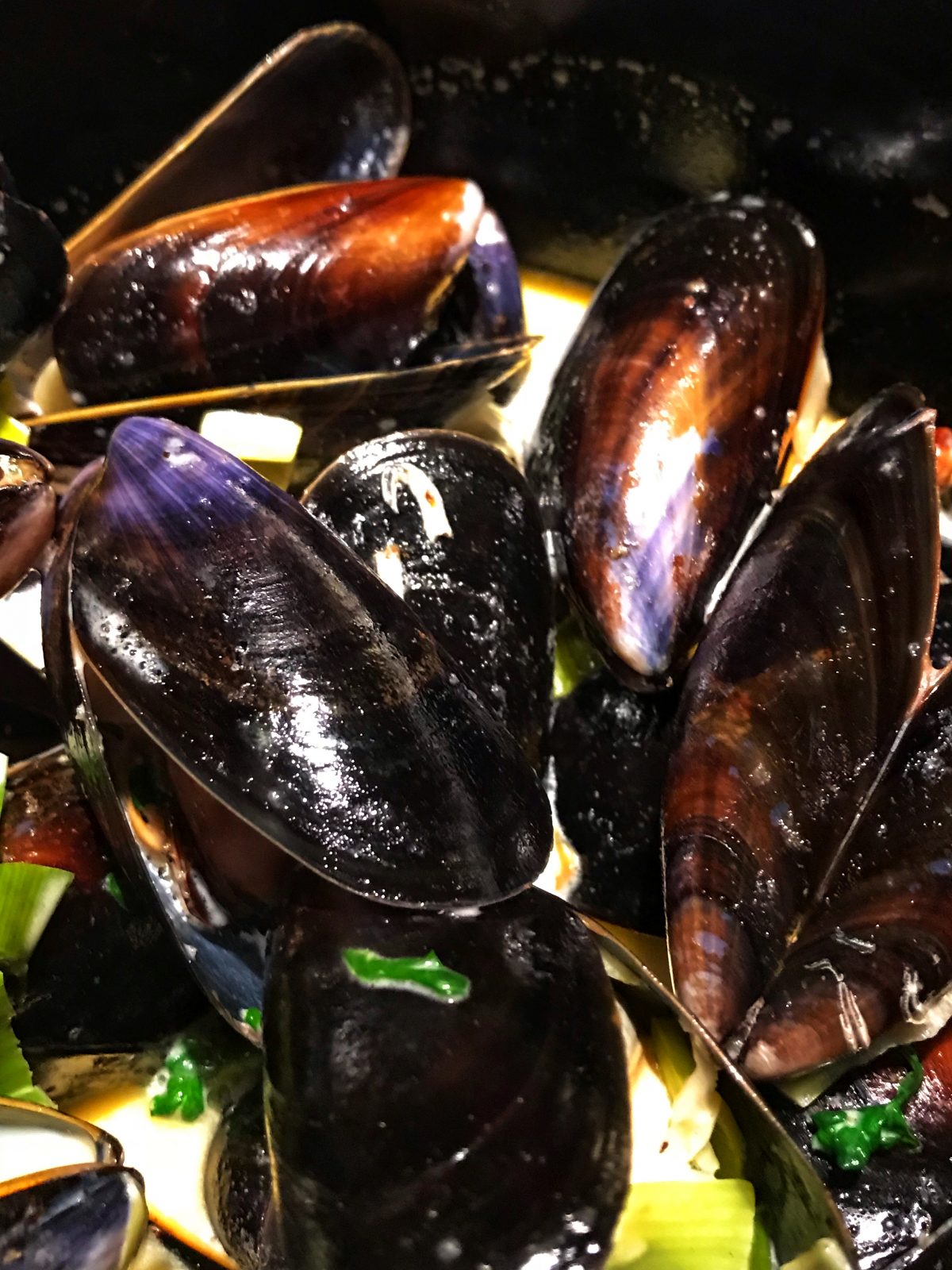 For main, I tried to order an avocado and goats cheese pizza before Victoria told the waiter I was being an idiot and hated goats cheese. Sometimes I forget things. Under pressure, I ended up doing the opposite of the starter and went for a safe option – a cheeseburger, and it was heavenly. 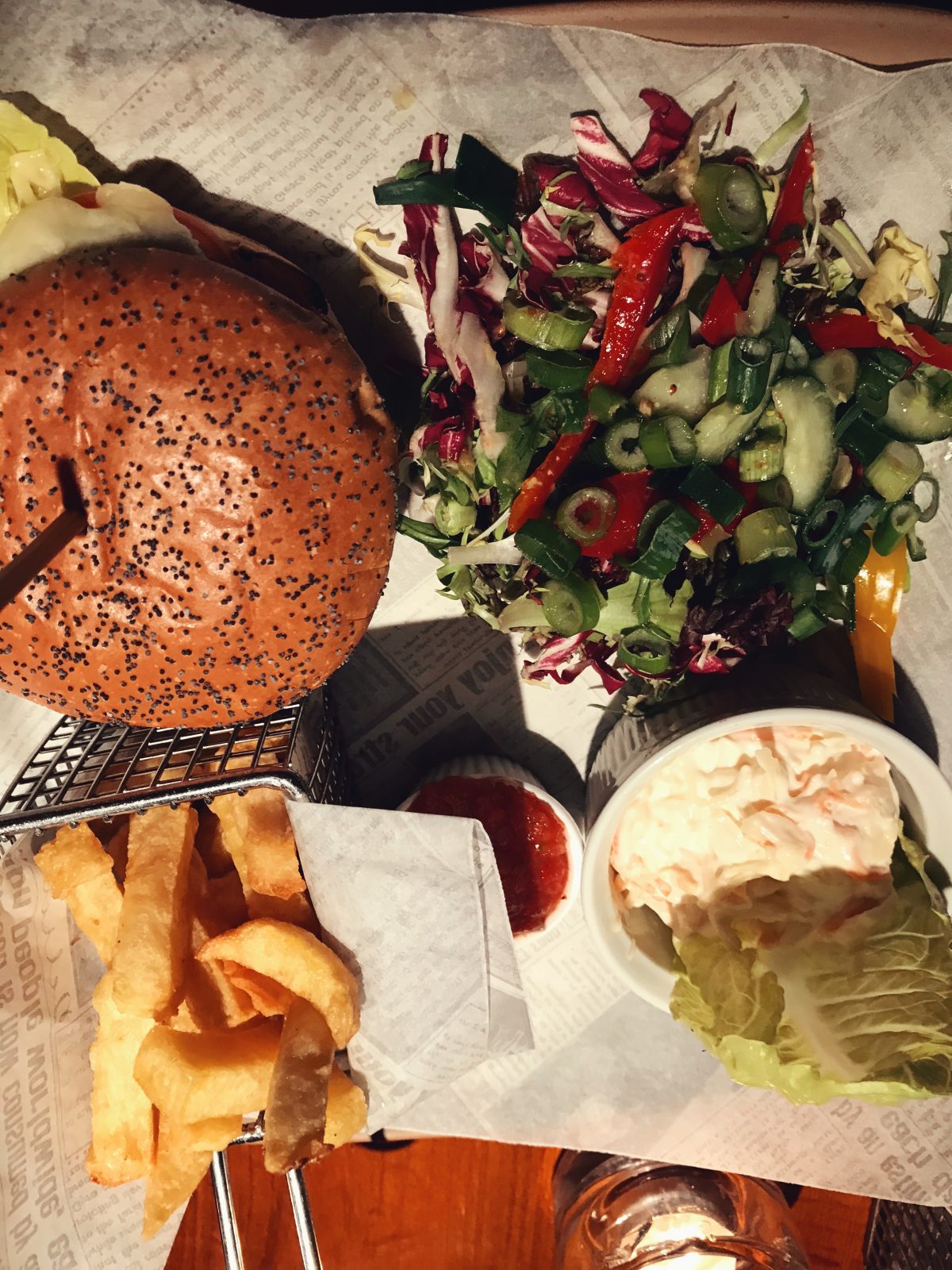 Victoria went for Morecambe Bay Whole Tail Breaded Scampi which she devoured before I lifted the bun of my burger. 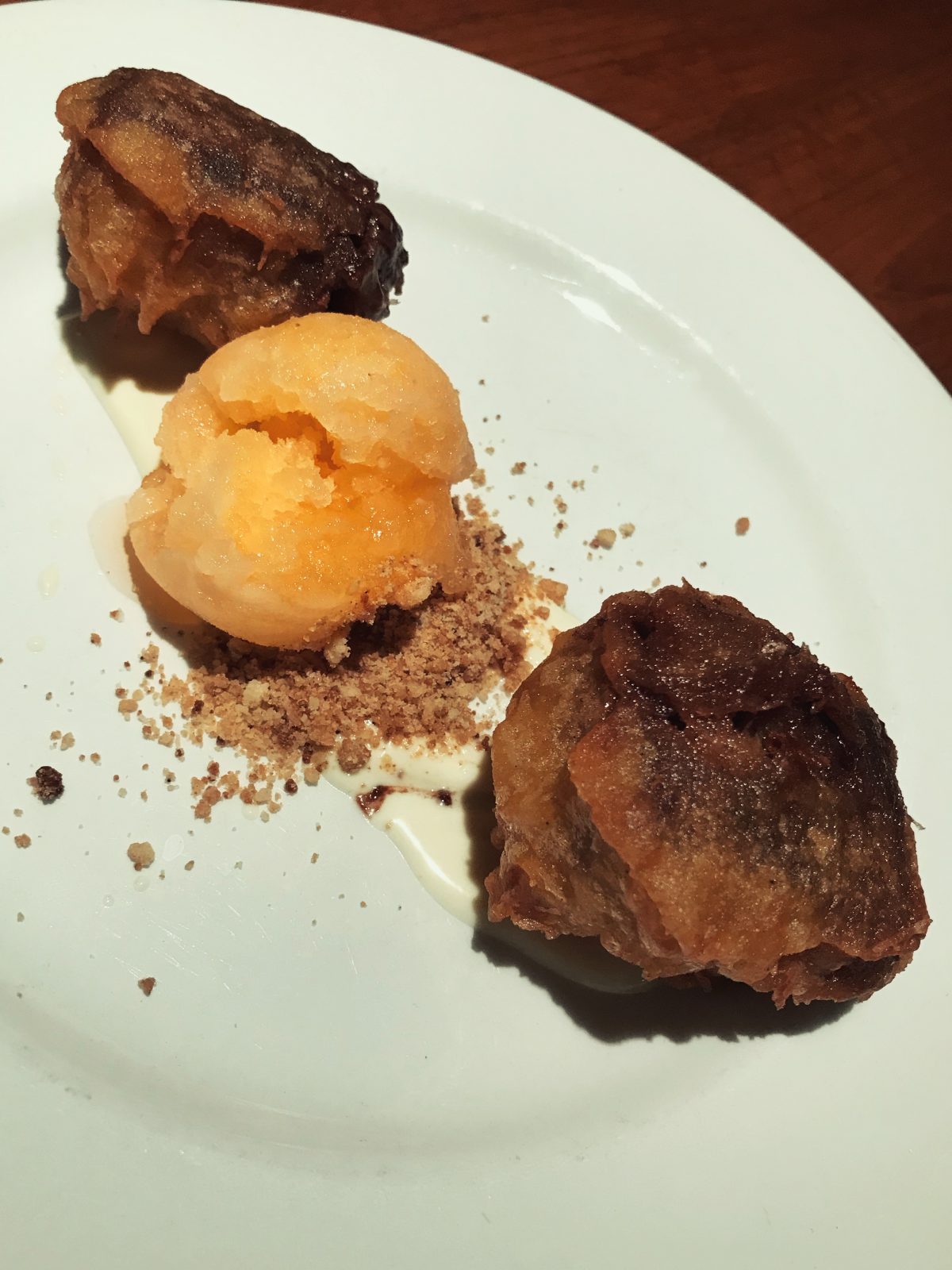 For puddin’, we shared deep-fried shortbread with an Irn Bru sorbet and chocolate sauce because when in Rome.

There’s nothing better than eating a meal looking at an icon. But I see Victoria all the time so it was nice to have Loch Lomond in view as well.

We were gifted our evening meal at Mr C’s but as always, all opinions are our own.