Oh Aye We Did

I love panto. I really need a season ticket. At this time of year, I am like a kid in a candy cane shop. Because what else you gon’ do in December but load up your diary, eat heaps of yorkies and goto everything with “Christmas” in it?

It was Friday night and work had been flung under a pillow “until Monday” which actually meant “the very next day” because I’m always on the ball/have various screen addictions. But for one night, I was free like a bird. And I was going to do exactly what free birds do. I was going to drink freely, eat freely and spill cider all over myself at the pantomime. I wish I could say this didn’t happen but sometimes clumsy-gate takes hold and I’ve just got to fly with it. So yes, I may have left the panto smelling like a Swedish brewery, but boy did I have a smile on my fash.

So here are 5 reasons why you need to go and see Jack and the Beanstalk at the Aberdeen Art’s Centre this December.

A Cow in a Human Suit

Do you ever think to yourself, “why am I the only person in the room still laughing?” Shortly followed by, “Why am I finding humans in a cow suit so funny?” To then think to yourself, “have I maybe got something wrong with me that hasn’t yet been diagnosed?” Well, that was me AND Aye 2.0 at Jack and the Beanstalk. I don’t want to ruin it but at the same time, this is the best panto cow I have ever seen. And I’ve seen a lot of panto cows. Oh no I haven’t? Oh yes, I have.

Fit else are ye gonna have in your Aiberdeen panto but an irritating seagull named scraps? Seagulls weren’t really much of a thing in Inverness. But in Aberdeen, they are rife. It wasn’t until I was walking through an Asda carpark with a burger in my hand, for a seagull to land on my head and pinch it, for me to understand quite the extent of the havoc that local gulls wreak in the city. And the further into Aberdeenshire you get, the rougher the birds are… In Cruden Bay, the gulls look like they’ve just done a 2-year stint in Magaluf. The city should consider itself lucky.

One of the best things about a local pantomime is the local banter, which is funny regardless but extra hilar if you’re a local. I’m nae even a local. I’m a renowned Highlander (paha), but 5 years of Aberdeen pantomimes alongside hooking up with a bloke fae Meldrum has pretty much taught me the local lingo. As many of my Inverness family have retorted, “you’re practically bilingual.” Another string on my bow. 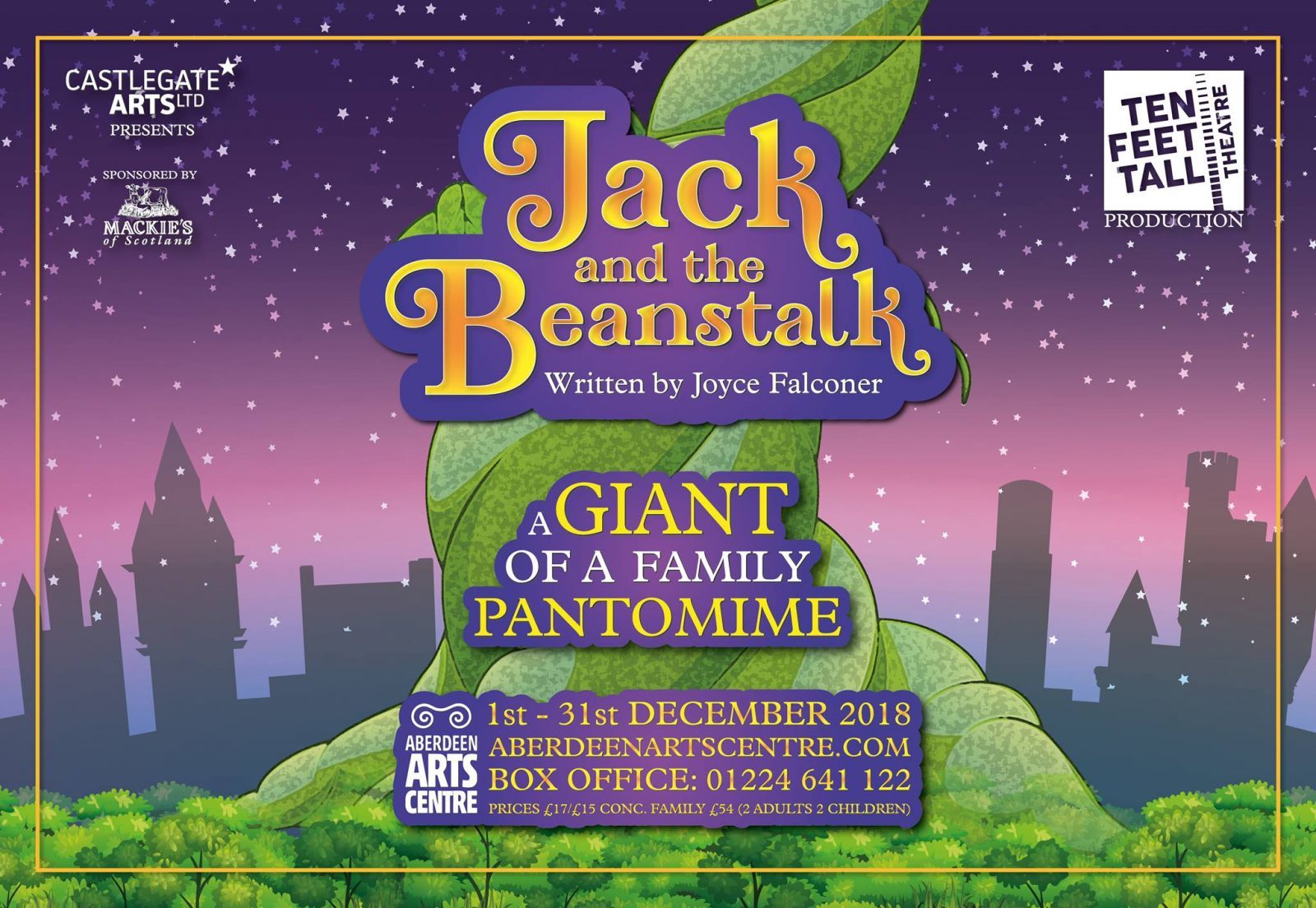 If I wasn’t a blogger, I would probably be a panto dame. How excellent are panto dames? A panto is nae a panto unless there’s a mannie in fishnets chatting up an audience-dad. Fit a time to be alive. An affa bonnie local gent, plays the part of Ma Mackie and does so with fabulous flair. When he knows that we know that he knows that he’s in a dress, it’s always going to be a good time for everyone. Although I am slightly concerned that Ma Mackie was more feminine than me on Friday night.

I was bawlin’ like a horse out of hay. You’ll never meet such a proud Aberdonian who isn’t even Aberdonian. Christ, the state of it. Although the 4 cocktails at The Spiritualist beforehand definitely helped the freefall of tears. I was really quite blown away by the local talent showcased by Ten Feet Tall Theatre. Great voices, tidy timing, cheeky humour, and a set to be proud of, Jack and the Beanstalk is one not to be missed. Grab your tickets here.