I have acquired a taste for whisky over the last couple of years. It certainly isn’t the easiest beverage to physically drink, but the punch it packs definitely gets a little easier with every sip, perhaps too easy… Especially at this time of year, when its a bit nippy outside. Nips and drams by the fire, sound good? That is exactly what we did (post-wild swim) with Pour and Sip.

My biggest problem with whisky has been my own doing. With all our Scottish aye-ventures at The Aye Life, I often visit distilleries (I love buying a bottle at the source). So, I buy a random bottle, drink it and pick up a different one next time. I have made my way through a good few bottles and have liked most of them, but you couldn’t ask me what my favourite was. Although, Aberlour is definitely up there. So, it was time for me to actually figure out what I like in a dram. It was time for a good old-fashioned line-up. 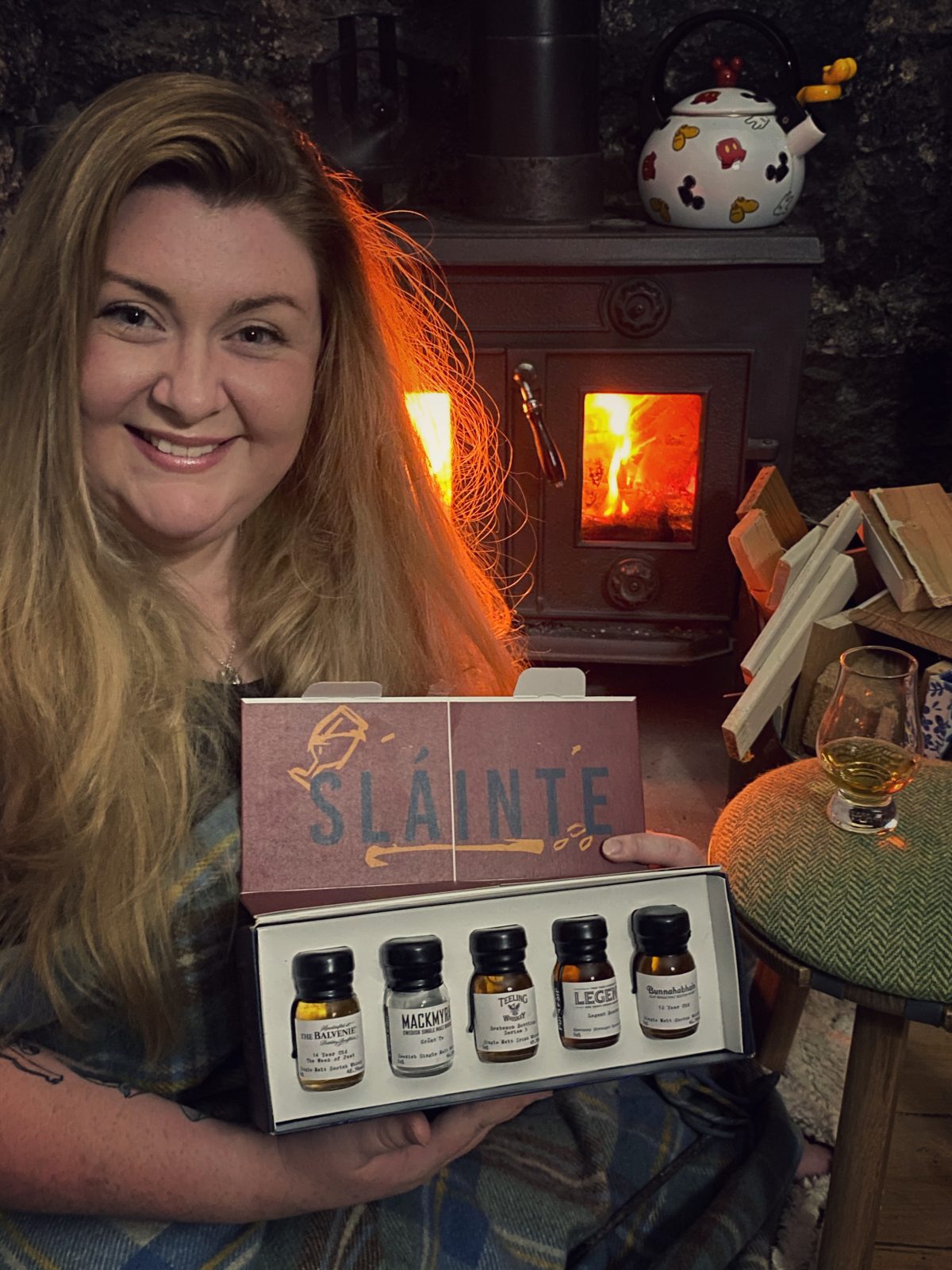 The other half of Aye is spoilt with subscription boxes because there are so many for her to choose from. If there was ever a subscription box made for me, the Pour and Sip Whisky Subscription box by Master of Malt, was it. One a month, along comes five 30ml bottles of whisky from all over the world to taste and see what you like. Alongside access to live tastings and an epic whisky community.

When you sign up to Pour and Sip, your first box comes with two Glencairn glasses and a 7 step tasting guide to help you on your whisky exploration journey. As a Scottish man, drinking whisky isn’t just about drinking whisky, you have to eye it up, smell the aromas and water it down to create different flavours.

In the Pour and Sip Box 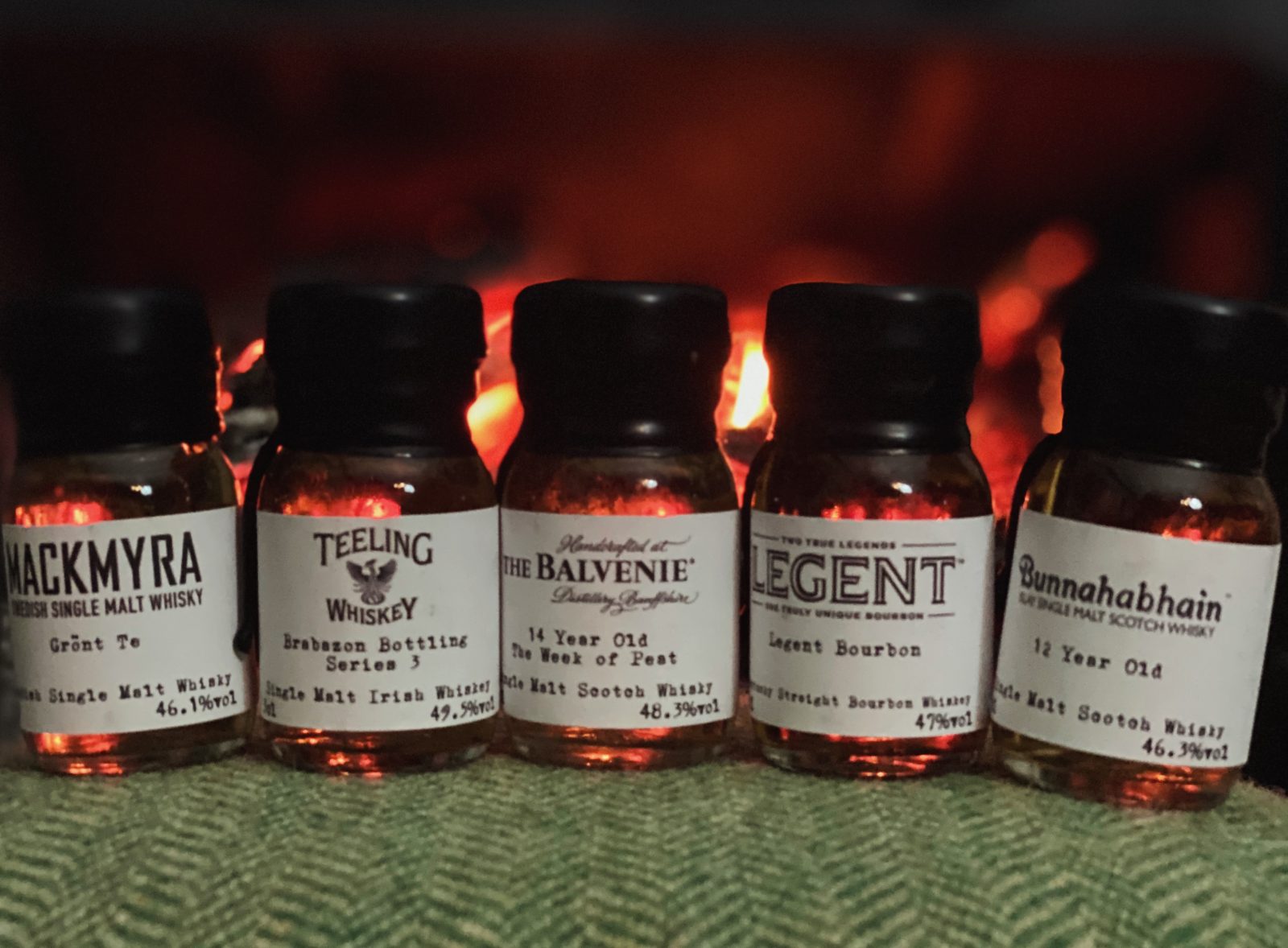 We looked out our two shiny new glasses, found 3 more from the back of the cupboard and emptied the contents of the 5 bottles. I then put on one of Victoria’s eye masks and the blind tasting began. Victoria randomly gave me a dram and I tried to explain to her why I could smell and taste. I’m not going to lie, I have no chance of becoming a master distiller. The only things I could determine was the smell of peat/smoke, and caramel. Although in saying that, I did pick up ginger in one of them. Maybe there’s hope for me yet. 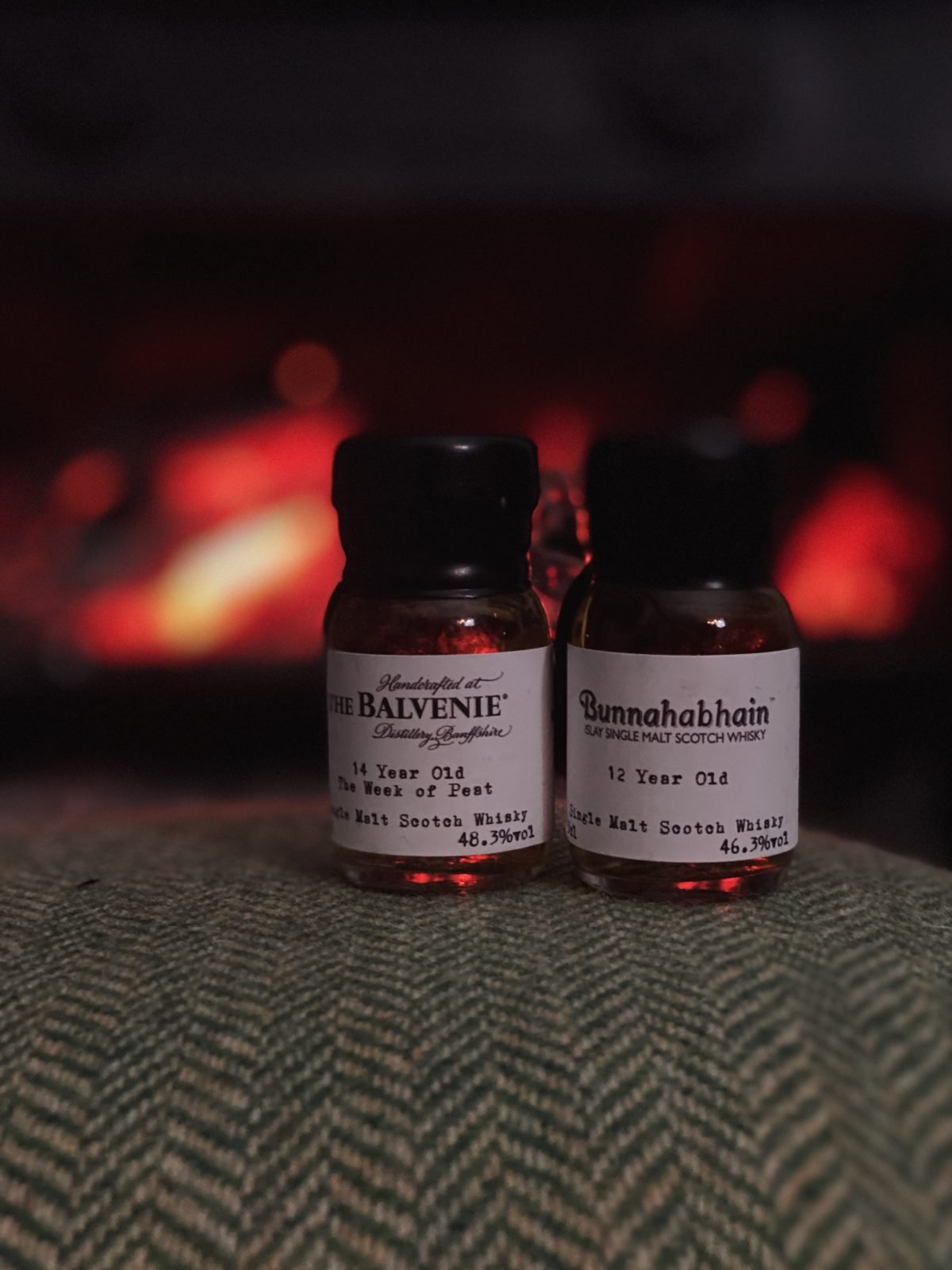 1. Bunnahabhain
My uneducated perceptions told me that all the whiskies from the Isle of Islay were heavily peated. But not this one, there wasn’t an ounce of the stuff in this one. This was by far the smoothest, tastiest dram in the box.

2. Grönt Te
Swedish whisky? Who would have known? Very easy to drink. This one comes in as a solid second.

3. Legent Bourbon
This whiskey with an E (or bourbon) certainly does the job, it just lacks compared to the first two.

4. Teeling
Maybe being placed next to some of these lighter and delicate whiskies, caused this one to taste so violent. Not for me!

5. Balvenie The Week of Peat
They should have taken the week off. Honestly, the flavour made my face hurt. If you like peated whisky you would probably love this, but for me, it tastes like eating ash straight from the fire. I’m just nae a smokey lad. 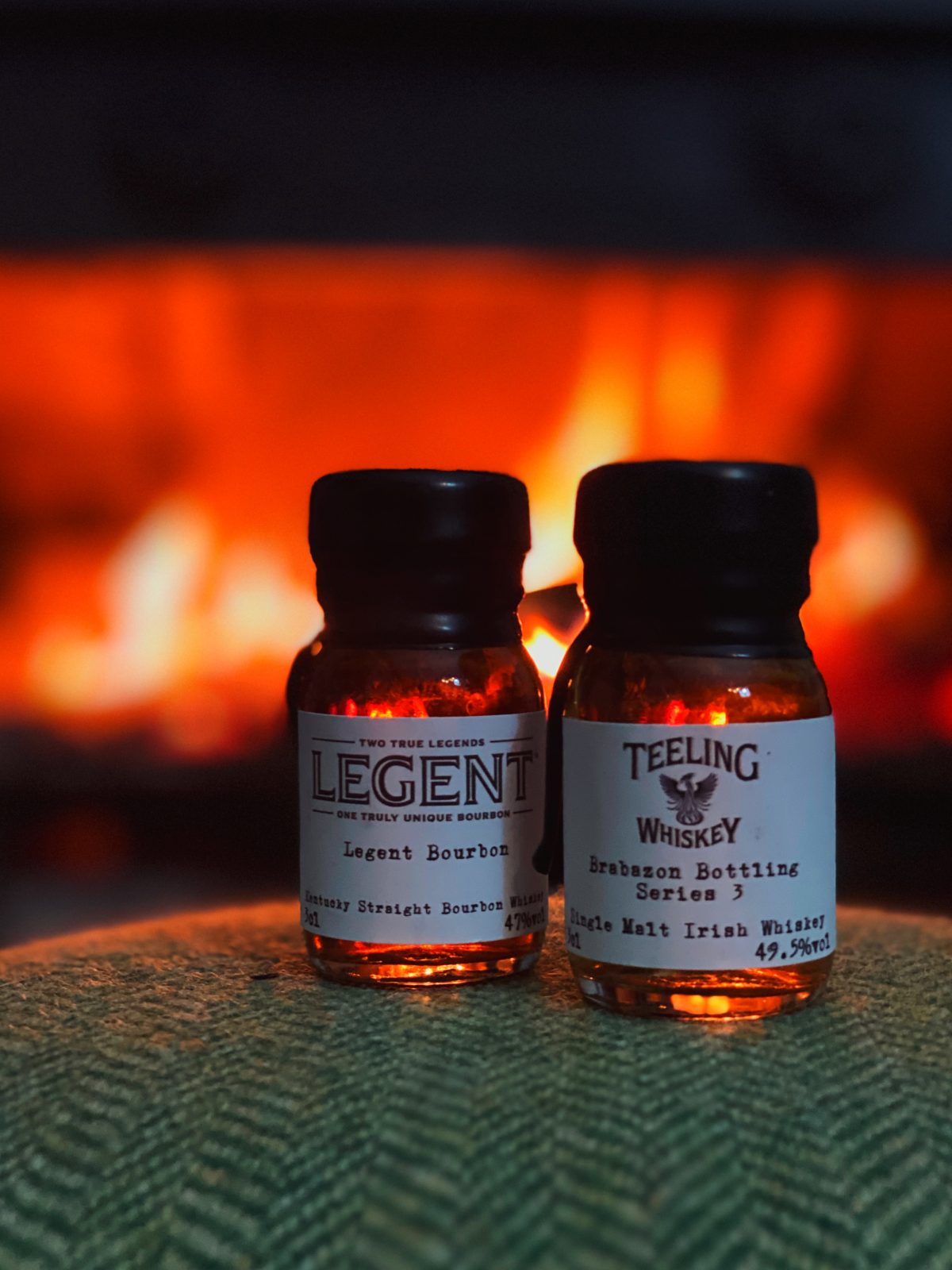 This is a fantastic subscription if you are a whisky aficionado, or you just love whisky and want to try new things. Learning what you like and dislike are equally valuable, and you might just end up liking something you never even knew you would, Sweden, I’m looking at you.

Head over to Pour and Sip Club to grab your own cracking whisky subscription!