The hotel, hotel with the Midas touch. A spiders touch… Such a humdinger. Beckons you to enter his web of glam, don’t give no damn. Cause, he’s the Grand Central… And that’s enough Birley Shassey for one day. But you get my point, right? The Grand Central is just as epic inside as it is out. And lordy me, was I buzz-ballin’ to get my bum in a GC bed? You bet I was. I’m here right now. I haven’t left yet. I don’t plan to either. Good luck to anyone trying to remove me tomorrow. Not going. Moving in. I can see the rooftops from the window and it reminds me of Mary Poppins and I ain’t about to give that up. Maybe they’ll read this and see it’s all coming from a good place. Who knows? Either way, the Grand Central, also known as The Principal Hotel Glasgow, has done me proud. And Imma shout all about it. 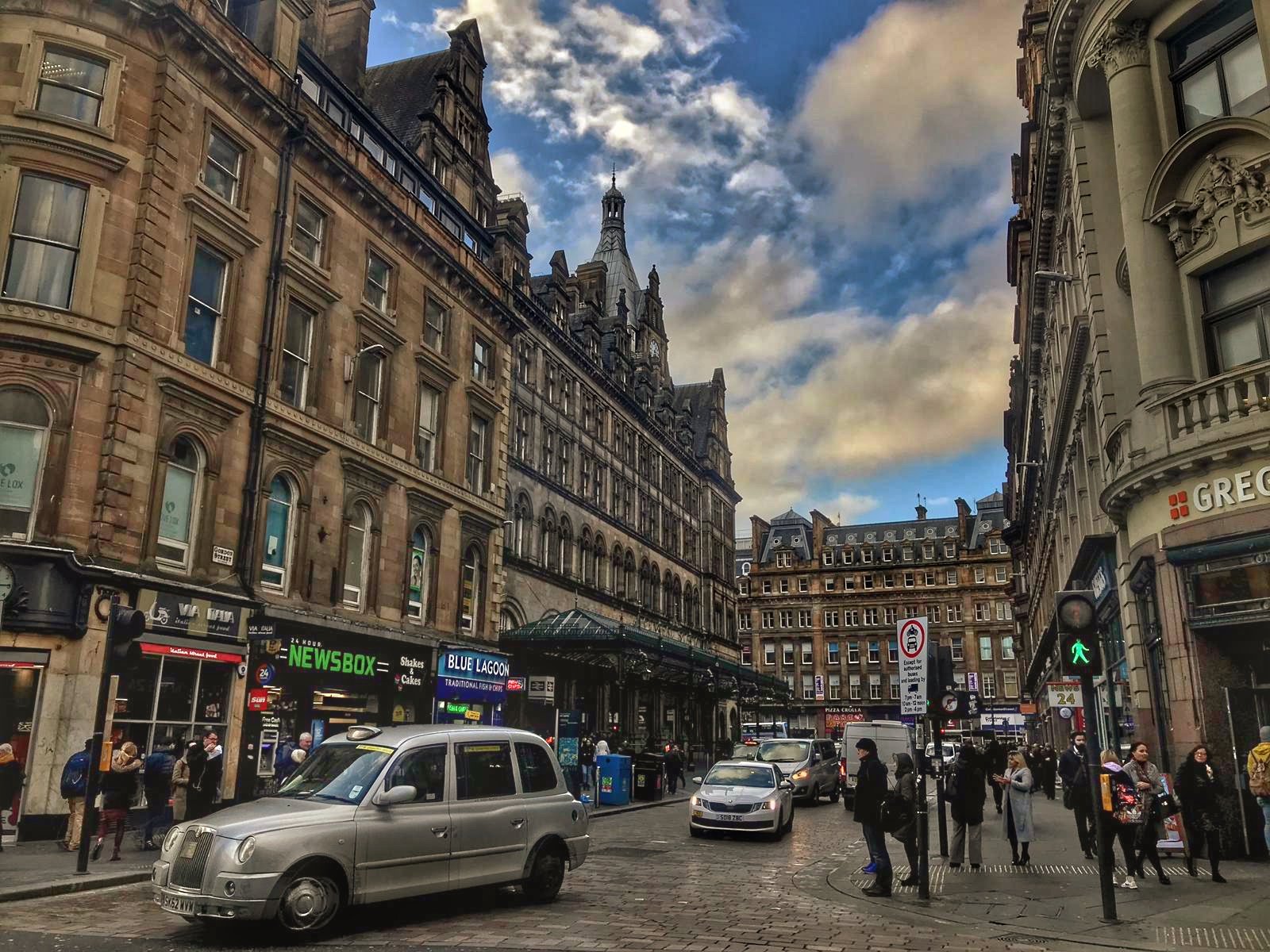 FYI, The Grand Central Hotel is practically part of the train station and is a 5-minute walk from the bus station, so if you’re looking for something central in Glasgow, get involved.

This place has been on my to-do list since I first started to-doing. But now that I’ve to-done, I don’t know when I’ll next get to re-do and that just won’t do. But anyway, let’s start at the start. Like many Glaswegians (home or adopted), I’ve walked past The Grand Central a billion times. Except with me, every single time I’ve looked up and been astounded by the buildings incredible architecture. 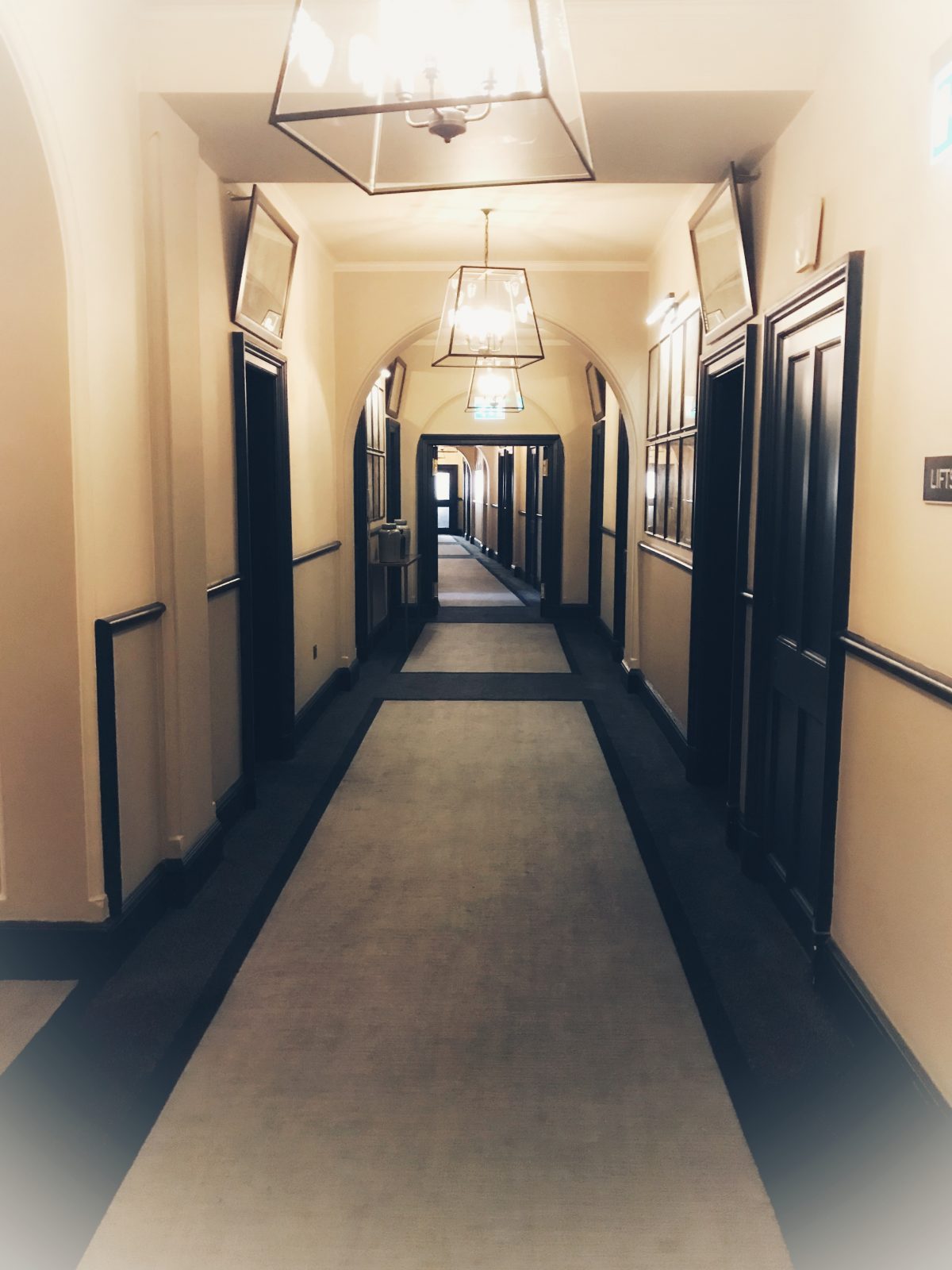 Unfortunately, however, this wasn’t my first brush with the Glasgow giant, ohhhhh no. Before I gained some old-person knowledge, I used to put the PA in party. And this one time, my friend and I had been in a bar, listening to Hey Jude 37 times on the jukebox, boozing with the beat. And my friend ended up particularly boozy. So boozy that she in fact, walked straight into this hotel to look for a bathroom. I told her numerous times that this was a hotel, not a free-for-all. But she was speaking “djdsjjdsljkla” by this point and wasn’t quite following. So whilst she wandered off, I stood in the lobby, in abit of a boozy daze, admiring the plush furnishings and old-worldy theme. It was in that moment that I thought, “One day, I’m going to come back here, but the next time I’m leaving Jude and said friend to dance on their own.” 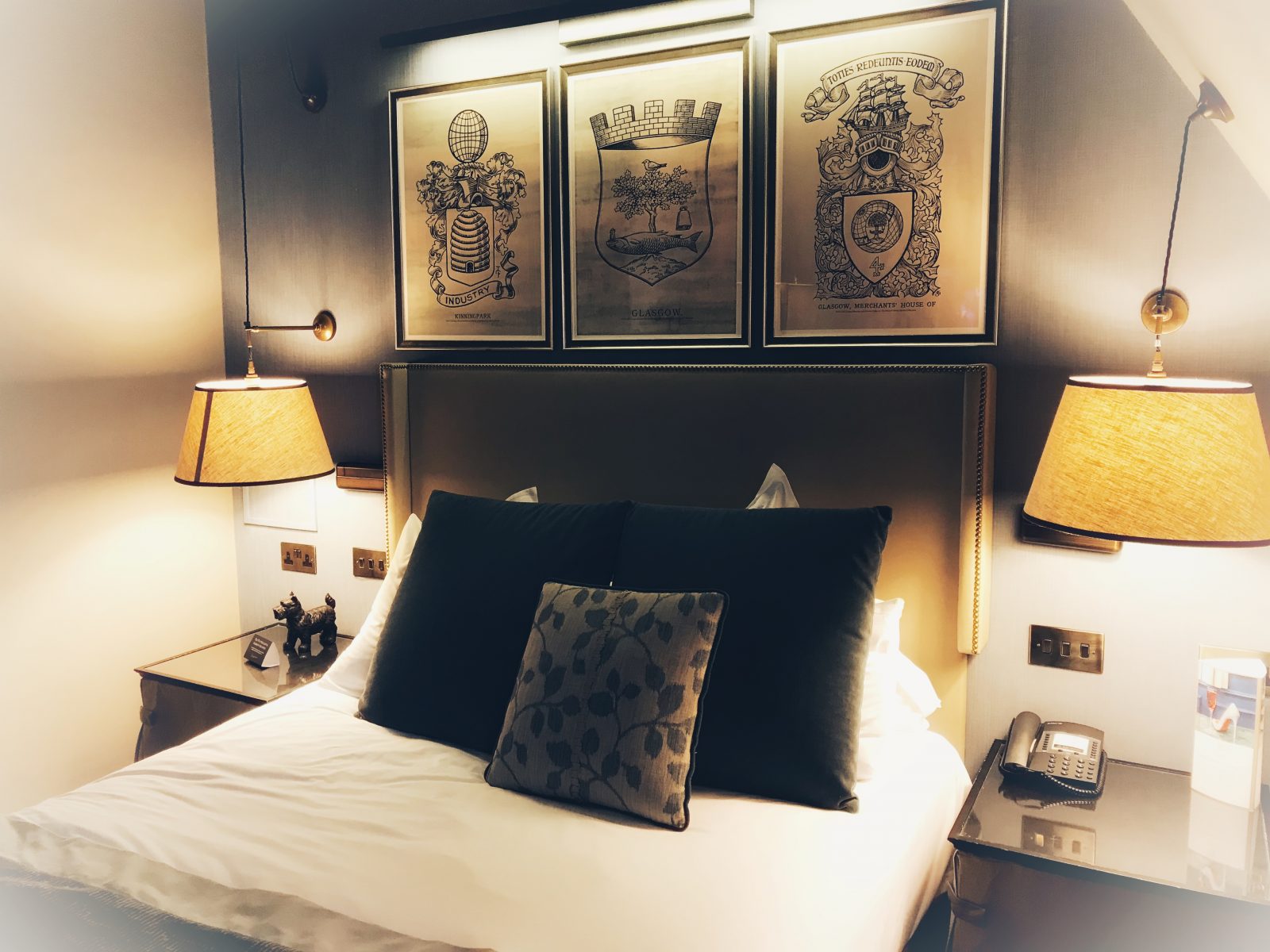 Principal Hotels are beautiful. They all carry a similar neutral and classy theme. Each one has unique touches which usually ties it perfectly to the city it stands in. The Principal Hotel Glasgow is no different. An impeccably central hotel, with great links to everything you could possibly need in Glasgow city centre. Yet when the doors close, peace and tranquility are abundant. 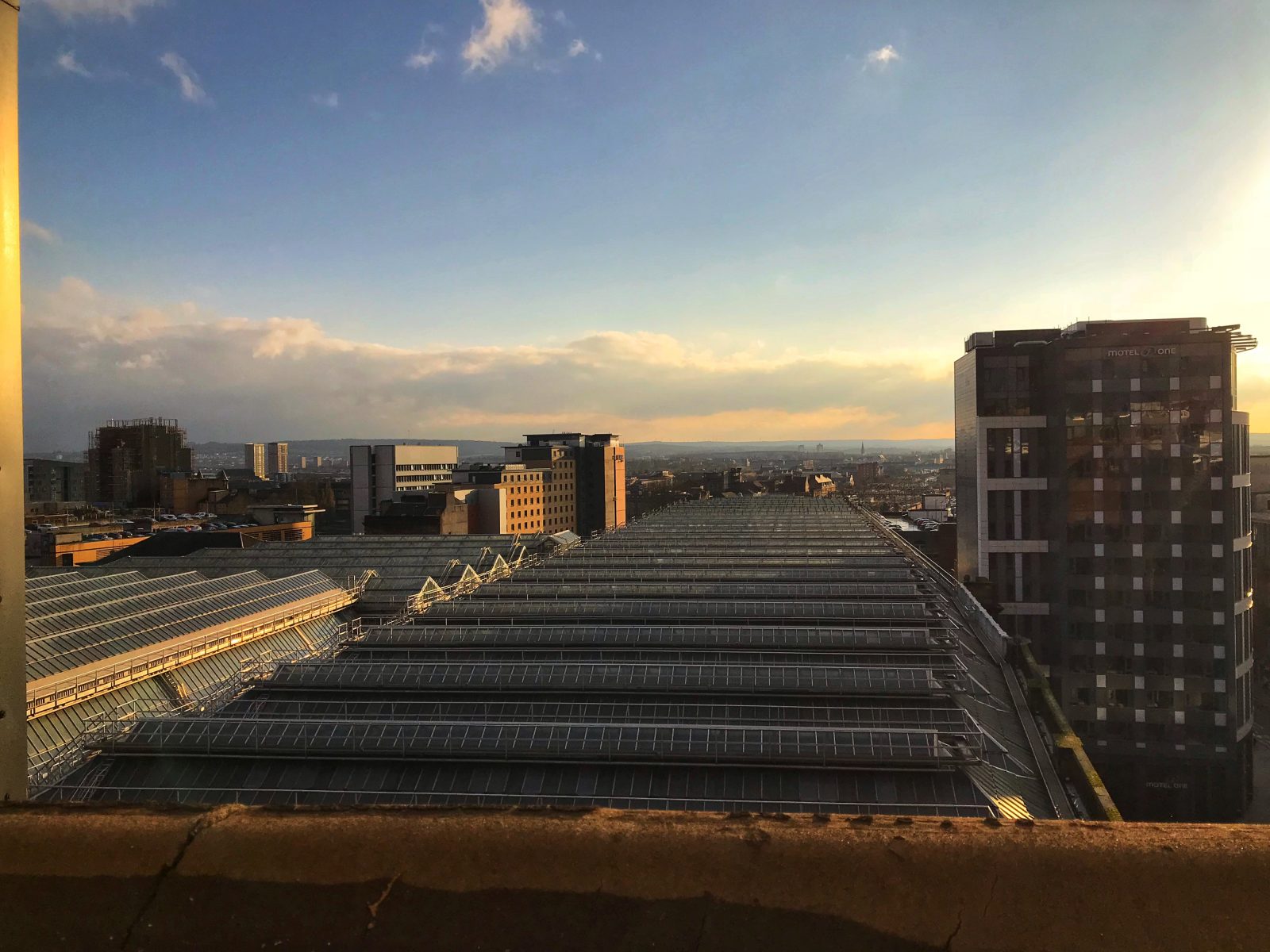 We arrived to a fine Scottish welcome from a somewhat cheery reception. Irn Bru, Tunnocks tea cakes and caramel wafers were waiting for us, all of which are key staples of the Scottish diet. Our room was spacious, immaculate, stylish and like every other Principal Hotel, quality. Quality bedding, quality furnishings. Everything, as usual, was of a high standard. But whilst I was examining the linen (bedding-creep), Scott was dumping me for the TV. And once I saw why, I was dumping me too. Because the telly was integrated into the mirror. Beautiful tall mirror, poised on the wall, holding an actual television inside it. I remember when tellys were tanks and barely fit in the living room, never mind in a mirror!

Whilst we were walking up to our room, we noticed numerous “cosy holes,” which are plush open areas scattered up and down the hotel hallway with plenty of books, old and new for you to enjoy by the lamplight, or to take back to your room for bathtime bliss. 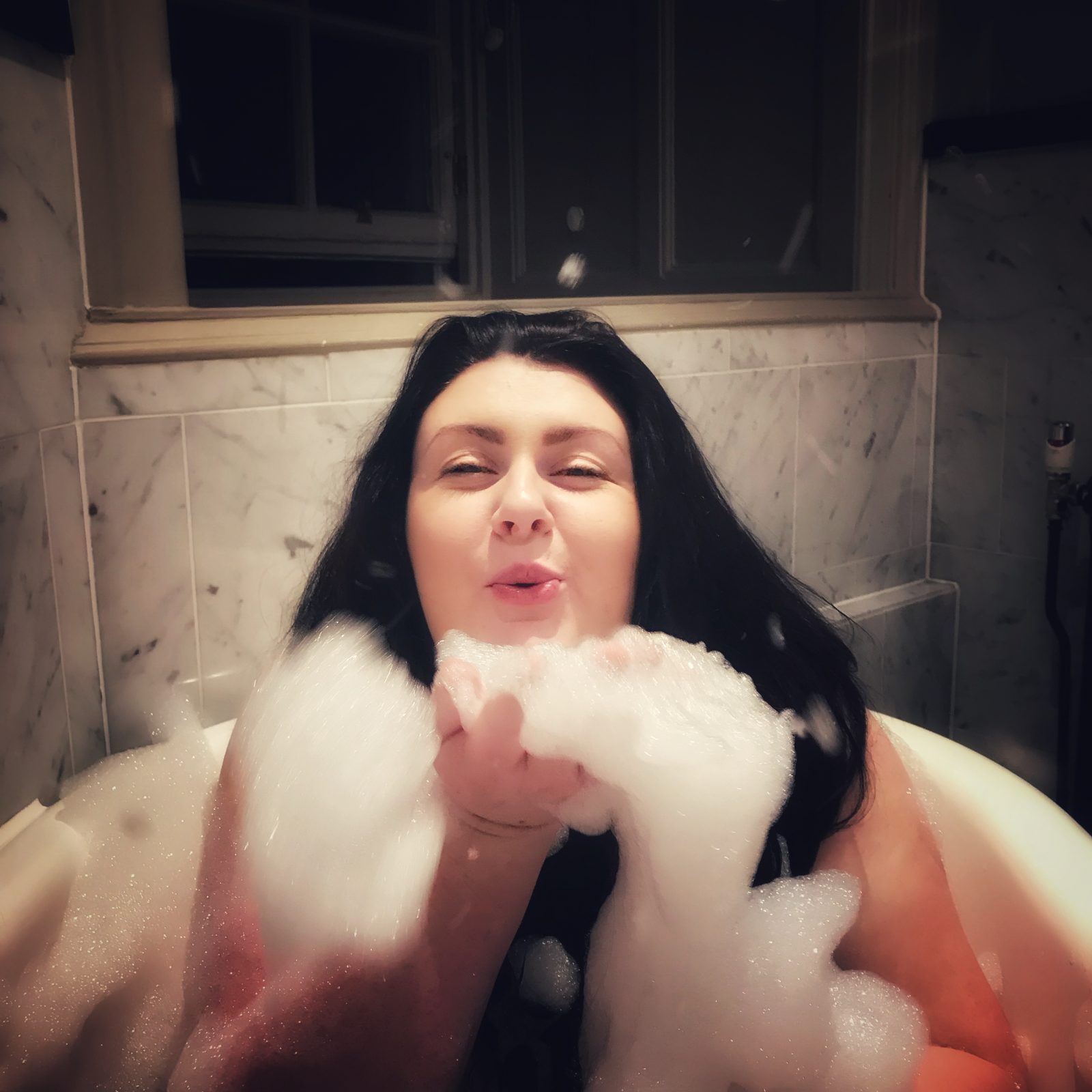 What a bed. But I say this time and time again. Principal beds > other beds. A beautiful sofa at the bottom of the bed and a large desk for dining or working on (or in my case, putting stuff on to take off again upon checking-out). Either way = happy gal. Other room features included a spacious bathroom with rolltop bath, a mini-fridge stocked with bottled water, plenty of storage and luxurious toiletries from The White Company. 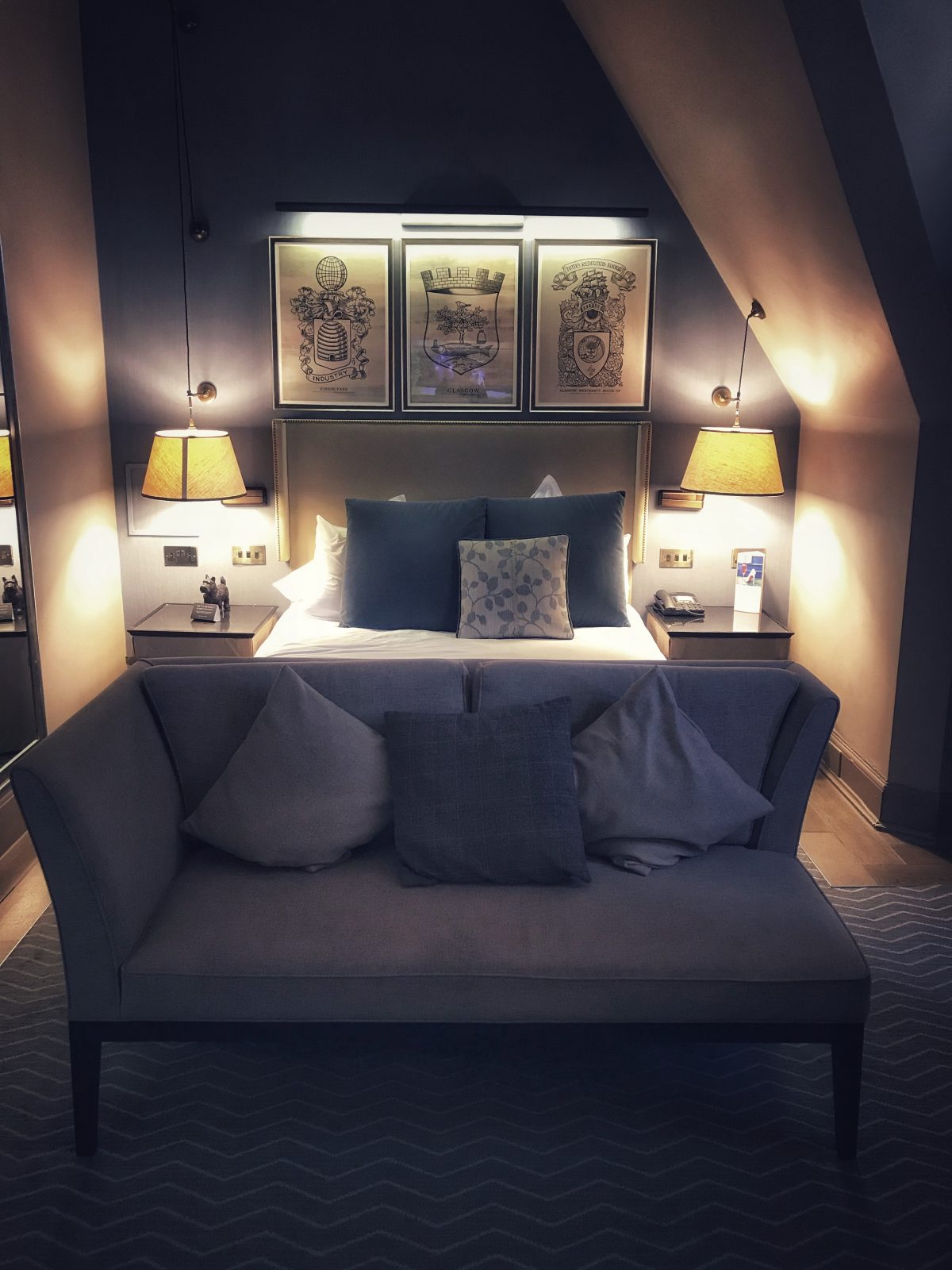 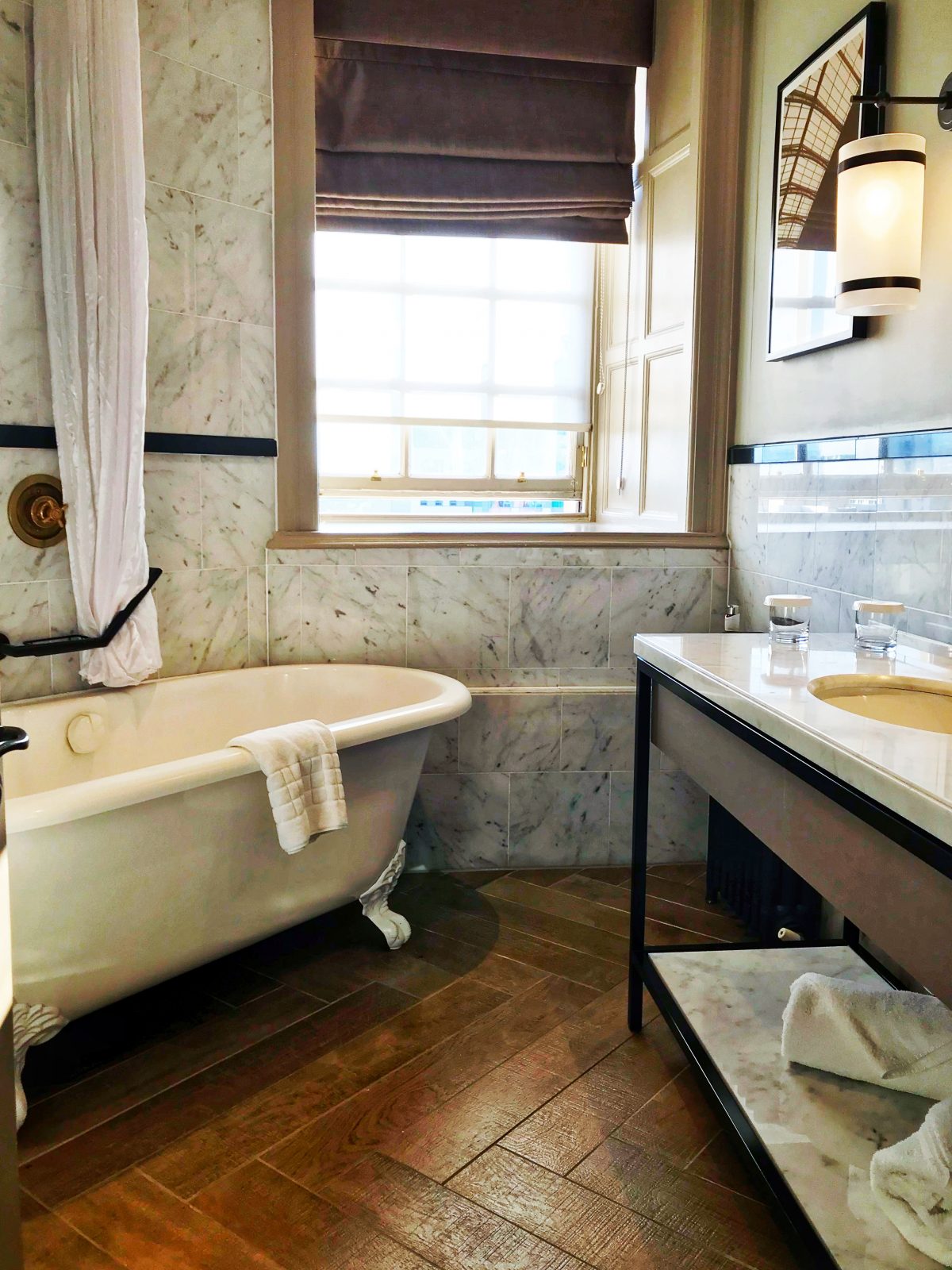 How do you like your eggs in the morning?

I like mine in Tempus. Tempus is one of the restaurants in the Grand Central. And yes, I said one of. Because why not have heaps of restaurants in your epic big massive city centre hotel? The hotel is also home to Champagne Central, a great place to drop by for cocktails and champagne alongside great food. The hotel also has Deli Central, a wee deli in Central Station. Breakfast is served in the Tempus Bar & Restaurant, but all sorts of other food and drink live there too. Breakfast is literally everything you would expect from a continental, except The Principal Hotel also does the best granola, yoghurt, and compote and the crispiest pain au chocolat ever.

Overall, The Grand Central/Principal Hotel Glasgow is a great choice if you’re looking for chic in the centre. Prices are extremely reasonable, with rates as low as £89 during low season. Further information about the Grand Central Hotel can be found here.