Children of the Revolution

“Excuse me Sir, but there seems to be a bird in my liquor.” An origami paper bird was attached to my coupe glass with a fairy-sized peg. Useless for hanging up just about anything, other than origami birds. The “Tori” cocktail comes from the “Vodkas around the World” menu, a special edition cocktail menu celebrating the worlds best vodka. I would say this is one of the perks of my job. Thursday afternoon vodka exploration and all in the name of research. It’s a hard job but someones got to do it. The “Tori” features Japanese Haku Vodka, Midori, ginger, lemongrass, apple and pineapple. The Ginger was sharp, sweet and refreshing – the perfect start to our dinner date at Revolution in Aberdeen. 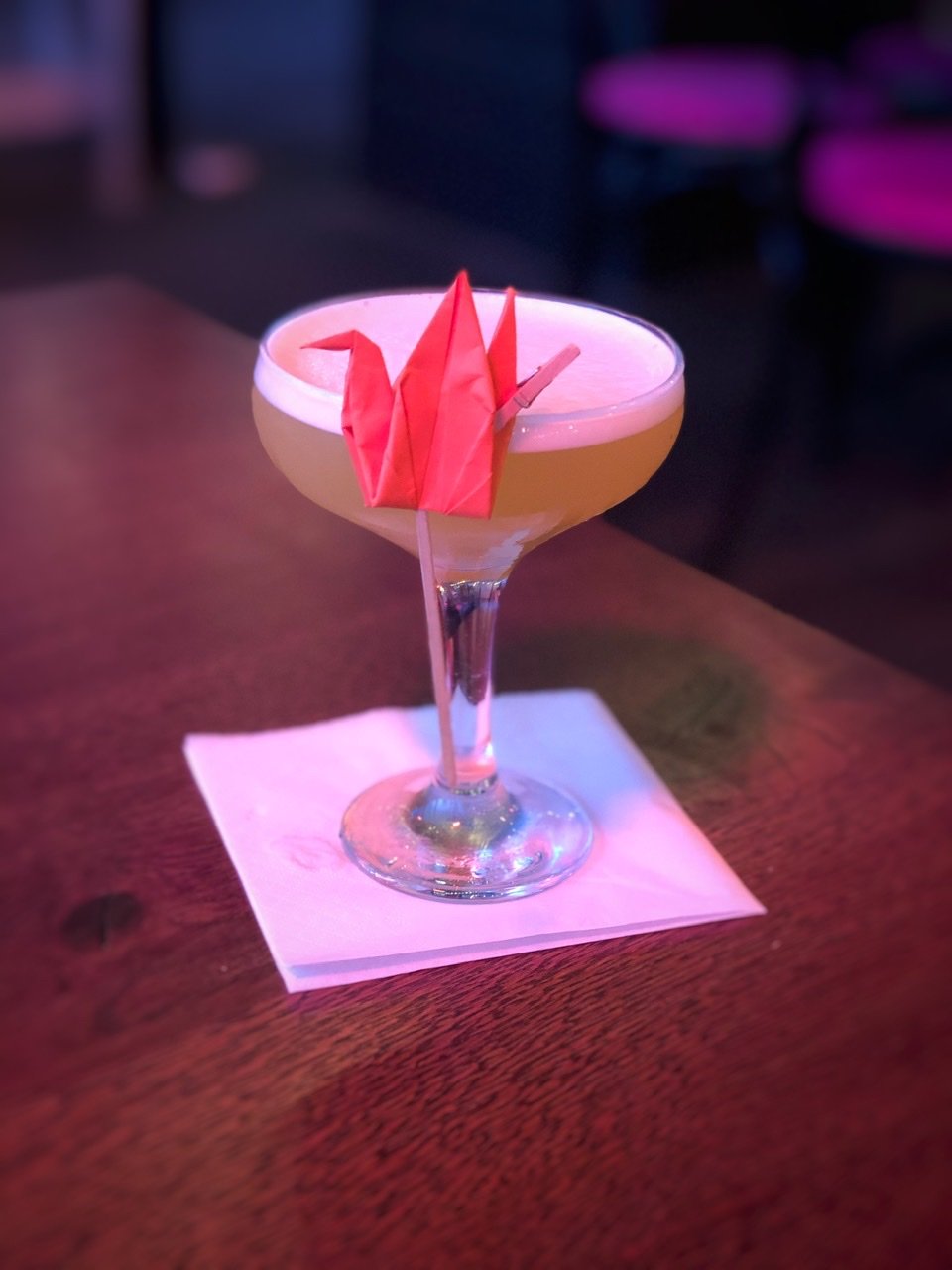 Aye 2.0 loves his whisky… Probably too much. So it was safe to say he was fair beaming when he got his hands on the “secret” cocktail menu (with 40% off for industry staff) and more specifically, “The Penicillin.” This stuff made smoke blow out of my face with only the smallest sip. How he managed to not pass out is beyond me. In “the Penicillin” was Auchentoshan Whisky, Laphroaig Whisky, Lemon, Honey and Ginger. Basically all the stuff you’re supposed to drink in Scotland if you have a cold. Hardcore eh? 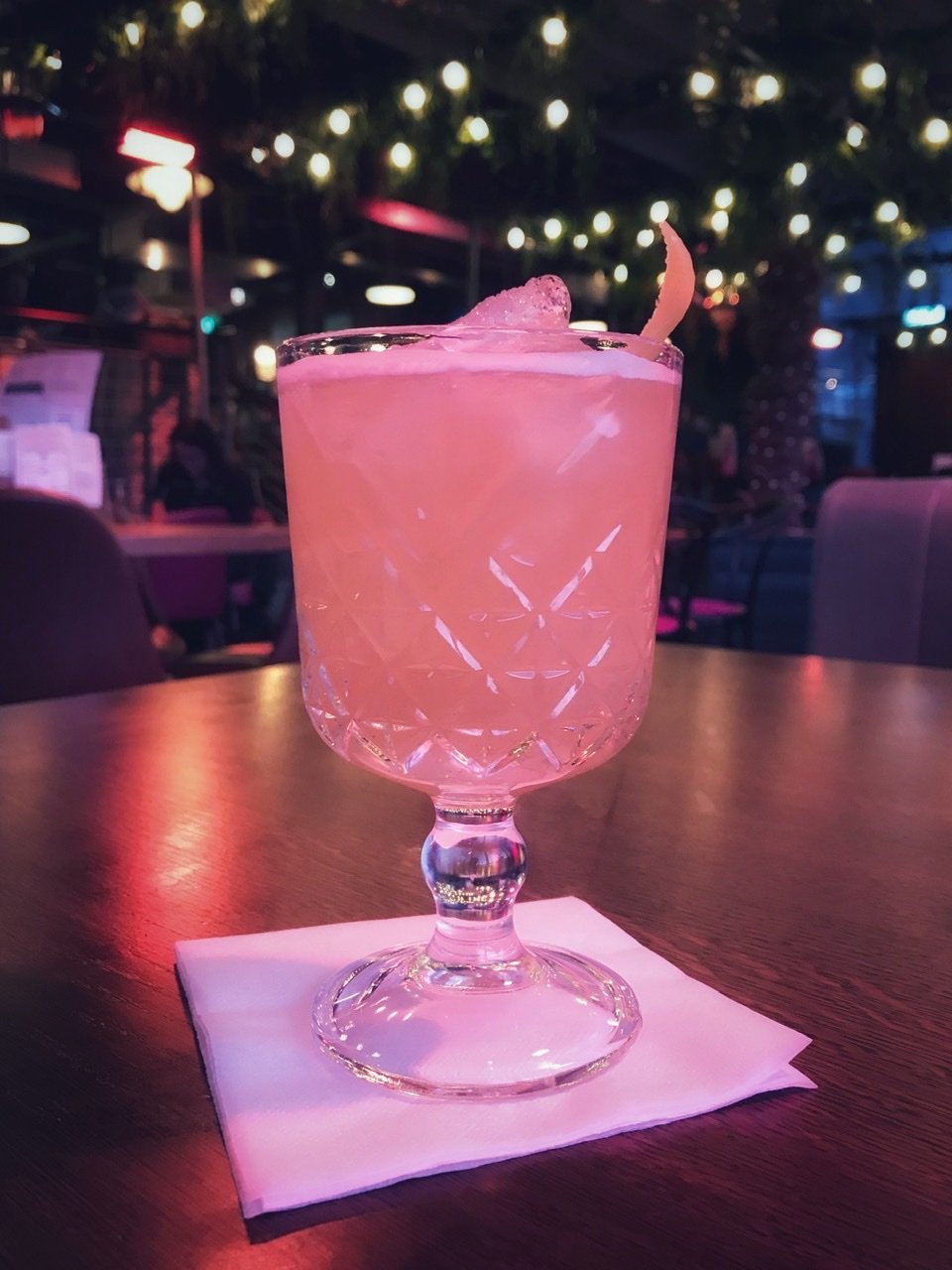 It can be hard to go out for dinner because you have to try not to eat too much during the day. But then you walk around all day trying not to eat your family. And if you do cave and eat something, that’s dinner spoilt. We were determined not to ruin date night so we ended up drinking our Tori and Penicillin cocktails on a basically empty stomach. But Aye 2.0 got really funny for a while. FYI, if any of you are having problems with boring blokes, feed them whisky. It’s like a comedy elixir. 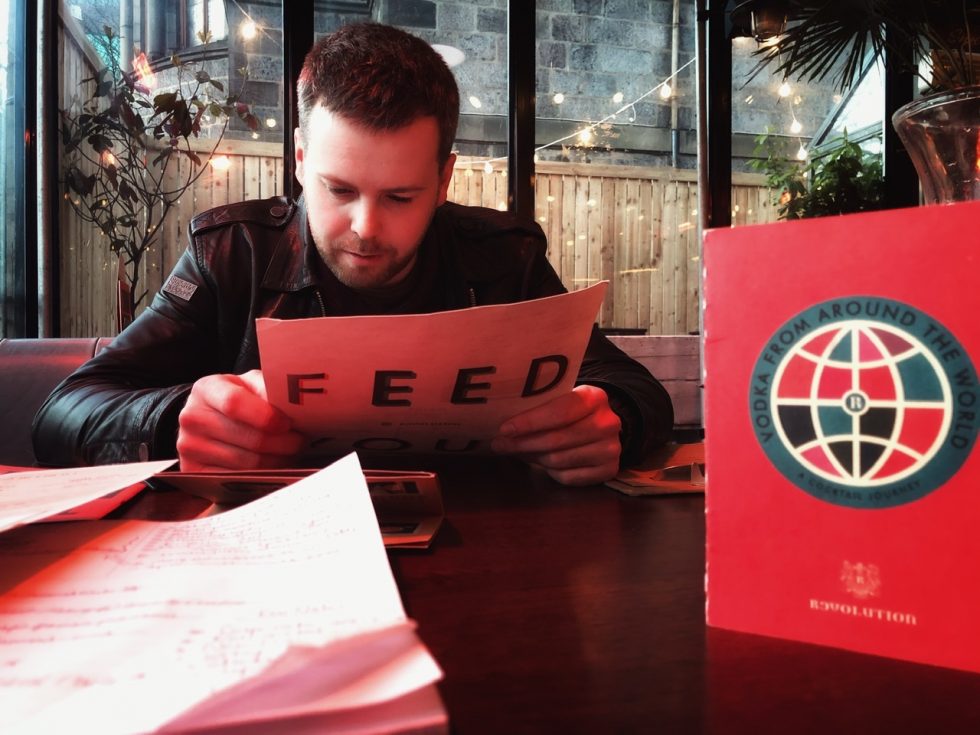 I ordered myself a cracking plate of calamari for the starter. It came with lemon mayo. I hate mayo. Or at least I’ve been telling myself that I hate it for a number of years. It drives Aye 2.0 bananas. But I just have a thing. But… It turns out it doesn’t matter if you have a mayo thing if the mayo has grated lemon on it and comes with fried squid. Winner. 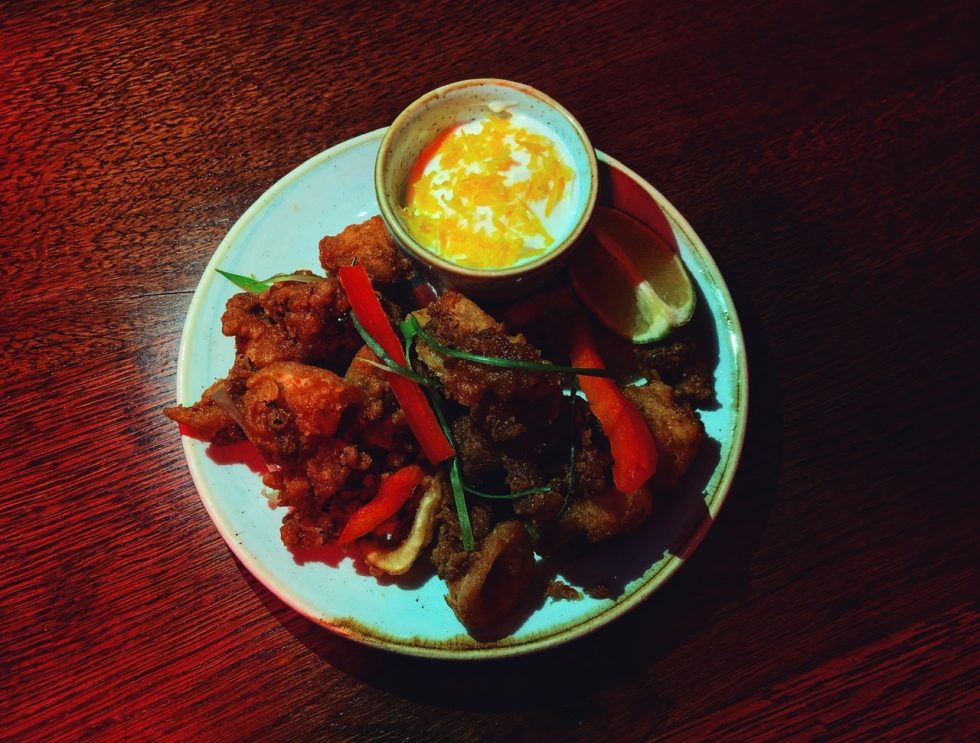 Aye 2.0 ordered nachos which is completely out of character. But it was his 31st birthday so I think he was going through something. Revolution in Aberdeen serves huge portions. He was fit to burst after his starter. Tip – don’t order nachos for your starter. Or do, but only if you have a “mappetite” (massive appetite). 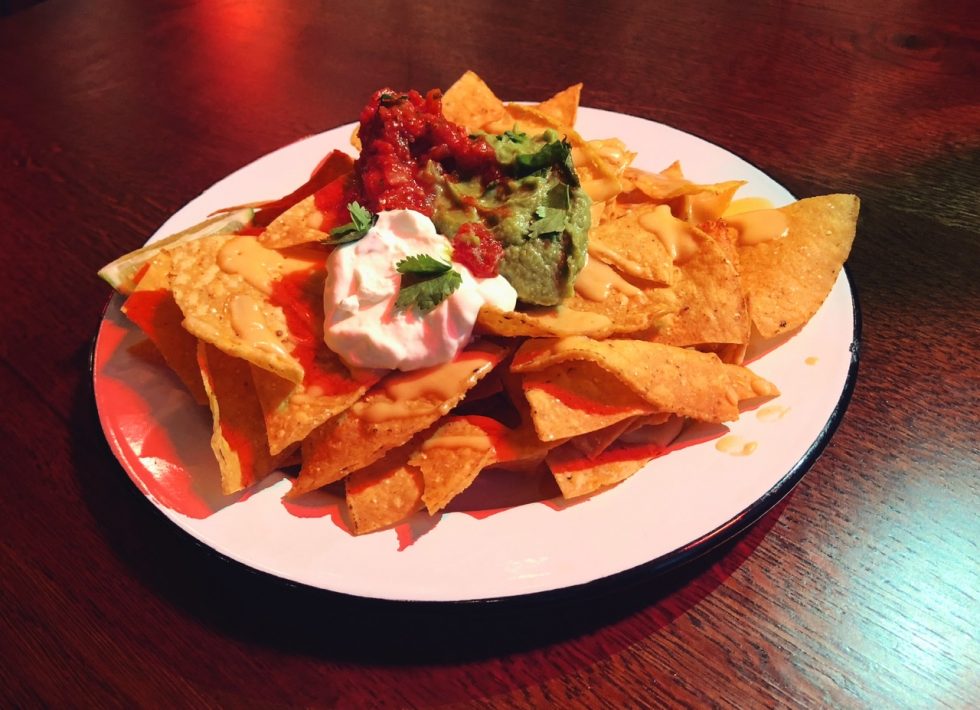 I like big burgers and I cannot lie. Aye 2.0 is hot around the collar for a good al’ curry. With our ridiculously busy lifestyle, our burgers are usually Rustlers and our curries are straight out of Cruden Bay Chinese. To say he was in his element with the Sri-Lankan Curry is an understatement. Creamy, rich and packed with tender chicken, the was an interesting accompaniment to the “Russian Spy.” I feel I should specify that the “Russian Spy” is the name of a cocktail. Whether there were actual Russian Spies there, I cannot confirm nor deny. 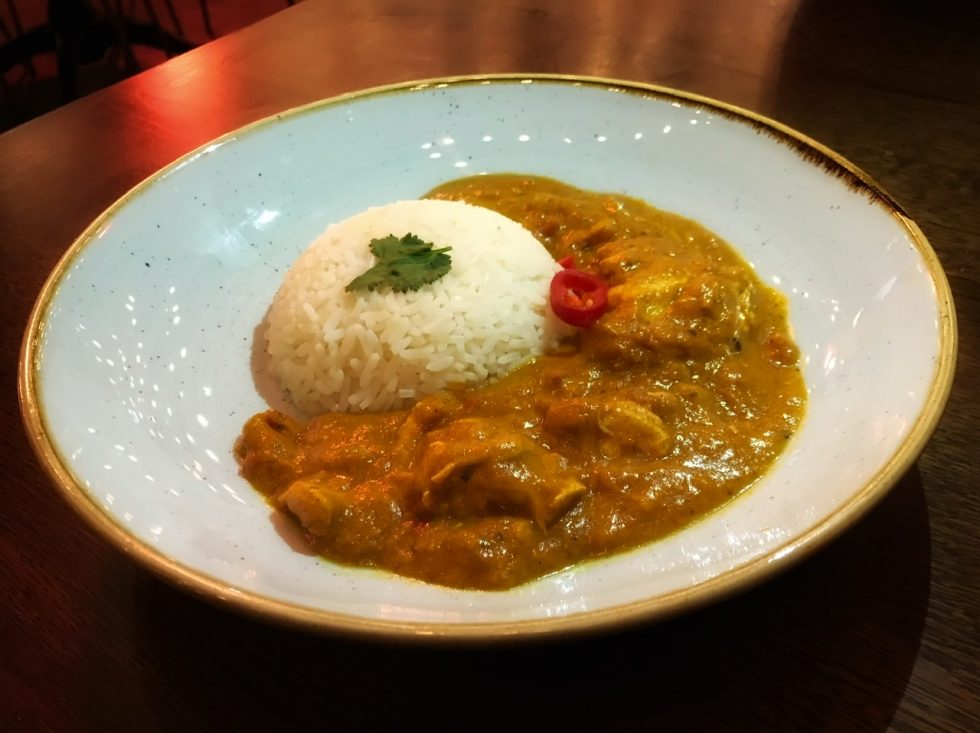 I ordered the “Mother Clucker” burger. Honestly, I should probably marry the pun-king behind Rev’s marketing. Puns for days. 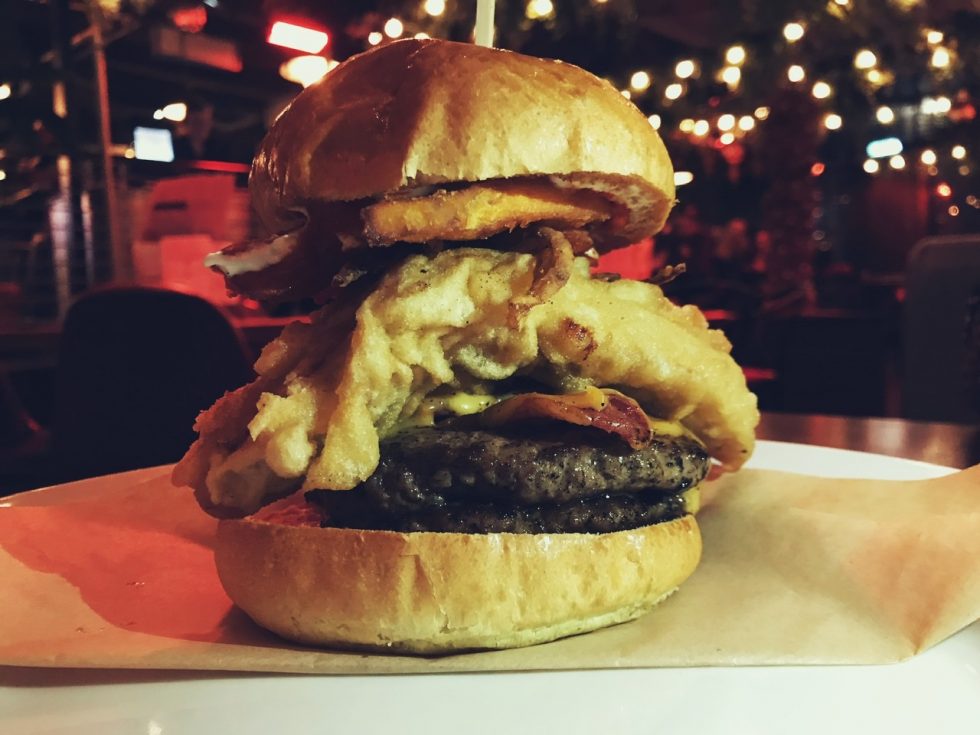 We love working with businesses in the North East through both this blog and The Aye Agency and collaborating with Revolution on this review was no exception. Following a recent refurb, the restaurant and bar now has a firepit, a dedicated dancefloor with strobe lighting, a new DJ booth and glitzy backdrops everywhere. Download the app for 25% off food and £4.95 cocktails between Sundays and Wednesdays. 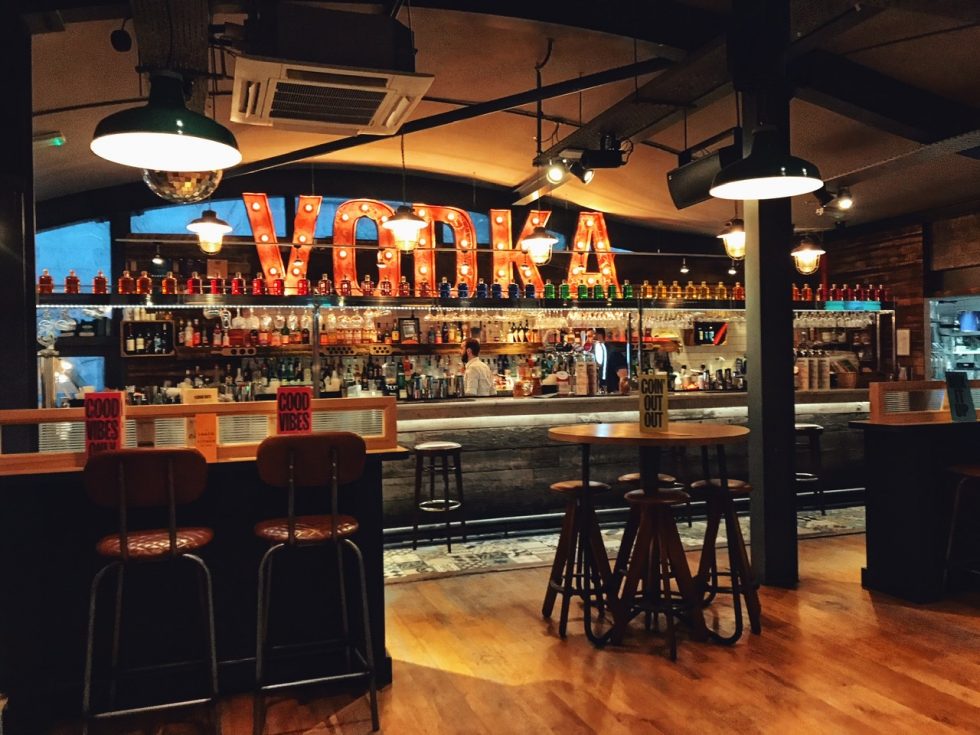 Loving Revs fancy facelift? You can book dedicated areas for functions or even the whole place (which has a capacity of over 400) but I want an invite ;). Thanks for having us Rev, if you’re looking for ambassador or cocktail taster – here’s me. 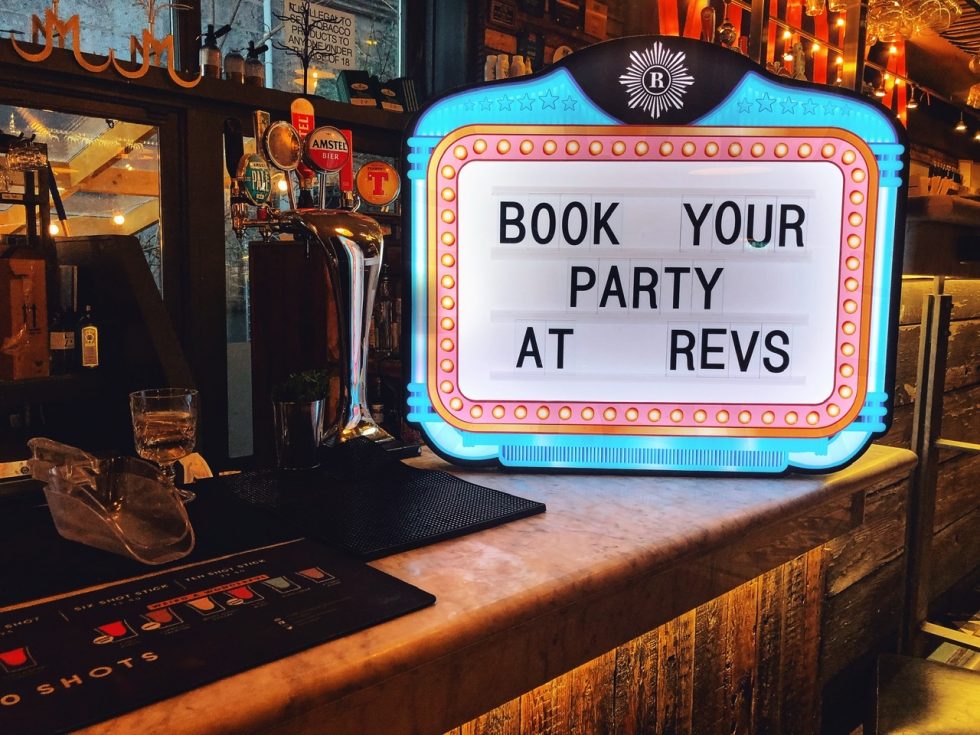