A Spiced Rum Always Made a Good Sailor 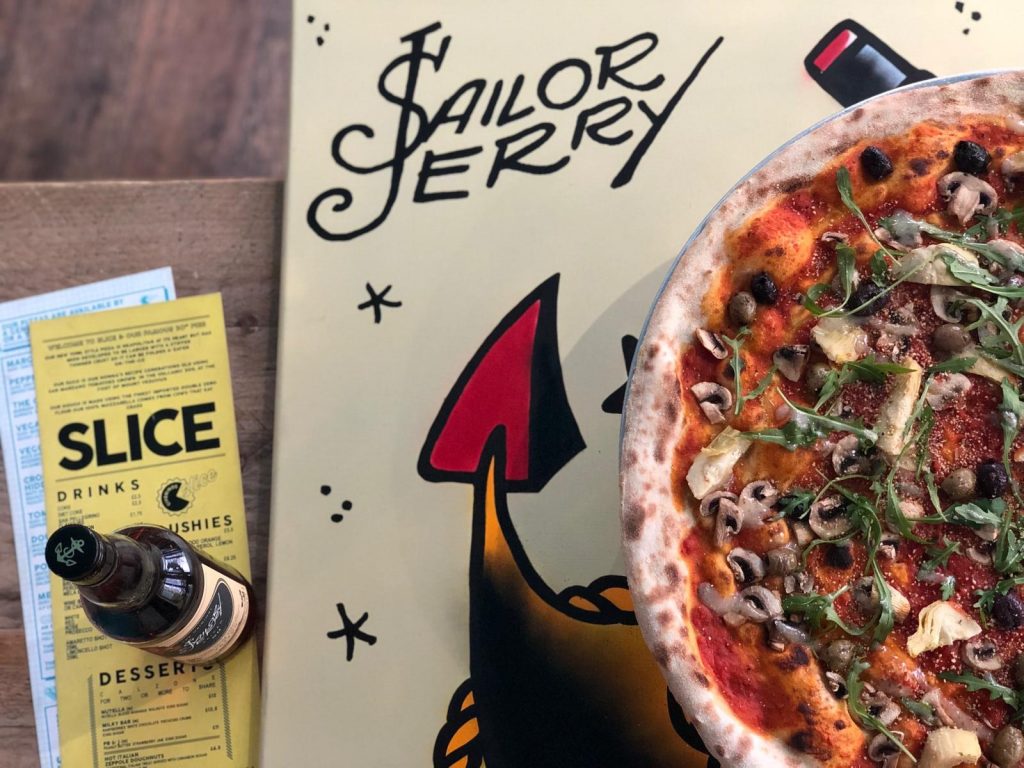 Where did our love story with Sailor Jerry begin? Well, SJ and I go waaay back. Trust me. But Aye 2.0 was a Sailor virgin until he popped his spicy Jerry at the best place possible – Tales of the Cocktail in New Orleans. We had the privilege of chatting and toasting with Sailor Jerry Brand Ambassador, “Gravy” Thomas. And we love Gravy because he is the epitome of Sailor Jerry. A lifetime of banter, a collage of sweet Norman Collins’ tattoos and a bottle of the finest Jerry in hand. That was the moment that Aye 2.0 fell in love. We followed Gravy and co to the William Grant and Sons “Love Supreme” party, where we sipped on the bees boobs of SJ cocktails. We even got our first Sailor Jerry ink at that party. Fond memories. A spicy J always goes down well in our hoose. We are absolutely pumped that Sailor Jerry is returning to Scotland to do 3 big city takeovers. Glasgow, Edinburgh, and Dundee. And you better bet we’re making an appearance.

May Your Rum Always Be Spiced

Throughout March, ‘flash art’ inspired by the iconic designs of Sailor Jerry’s namesake, legendary tattooist Norman Collins, will appear across Edinburgh, Glasgow, and Dundee. Locals are encouraged to get involved in #SJFollowTheFlash by visiting hotspots including bars, restaurants, tattooists, and barbers as well as city walls and university campuses to be in with the chance of winning tickets to a seriously epic once-in-a-lifetime experience. 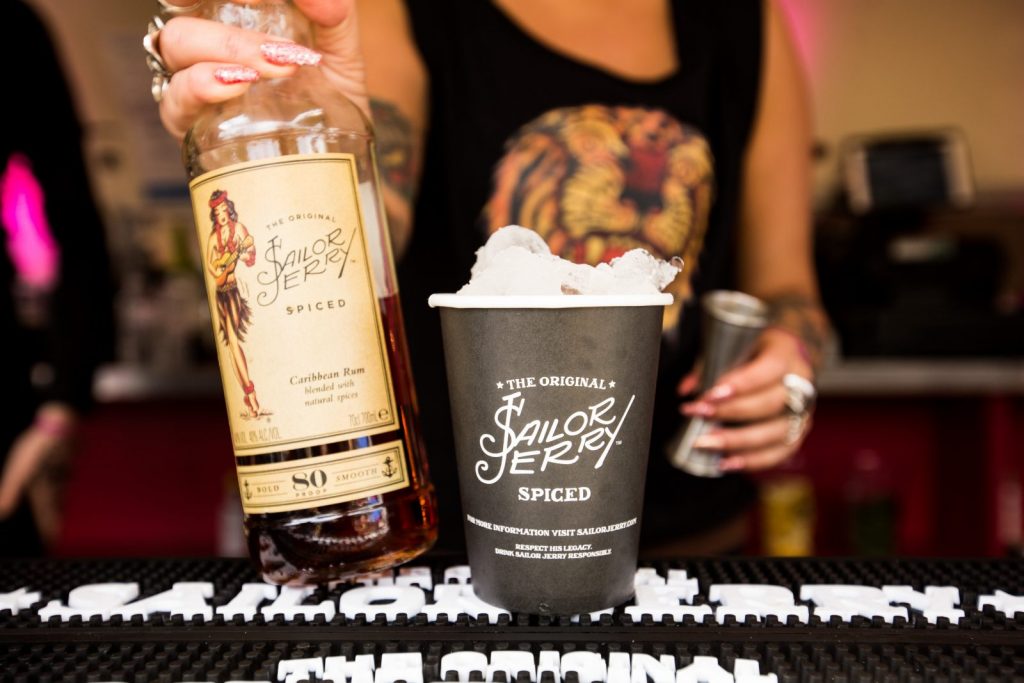 See when Sailor Jerry say “once-in-a-lifetime” experience, they forking mean it. There ain’t no party like a Jerry party. The Castle Takeover will see over 200 prize winners transported to a secret Scottish castle for a night of music, food, and Sailor Jerry tipples. If you want to be in with a chance of winning, you best start uploading pictures of flash designs to social media using #SJFollowTheFlash and tag Sailor Jerry.

City Takeover events will see Sailor Jerry do a mini-tour of Scotland’s best music venues. Special guest headliners include Black Honey, The Blinders and She Drew The Gun. The brand has also partnered up with local food joints, independent barbers and tattoo shops to give out complimentary trims, 500 FREE pizzas per city featuring a Sailor Jerry BBQ sauce recipe, discounted flash tattoos and spiced rum cocktails. Of course.

Where to find your Sailor 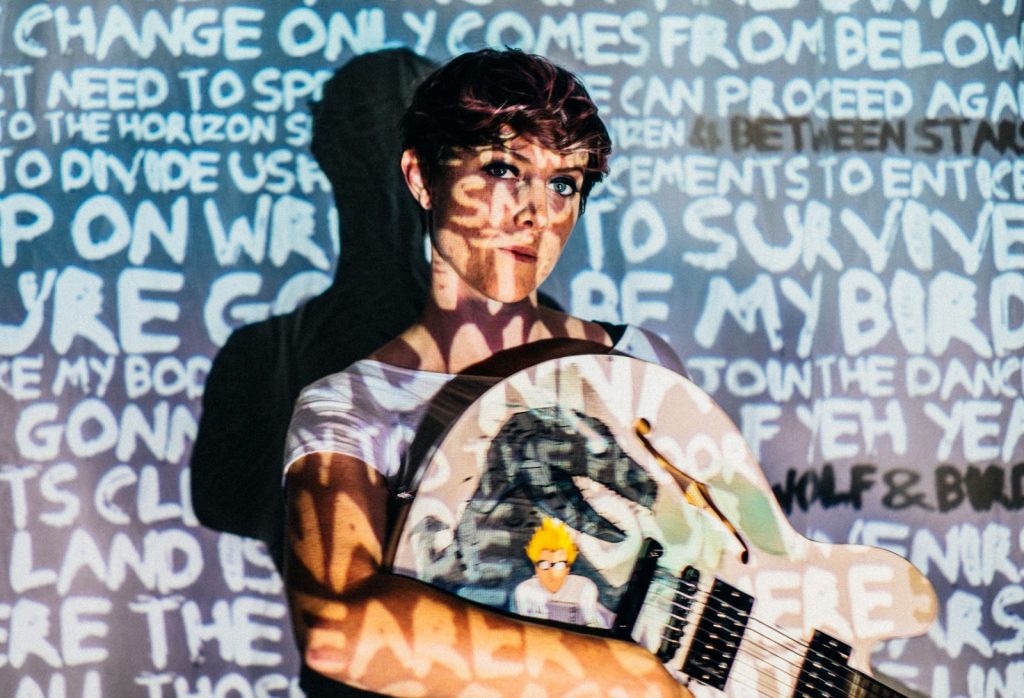 All tickets are £5 + booking free and price includes a Sailor Jerry cocktail, 18+ only. 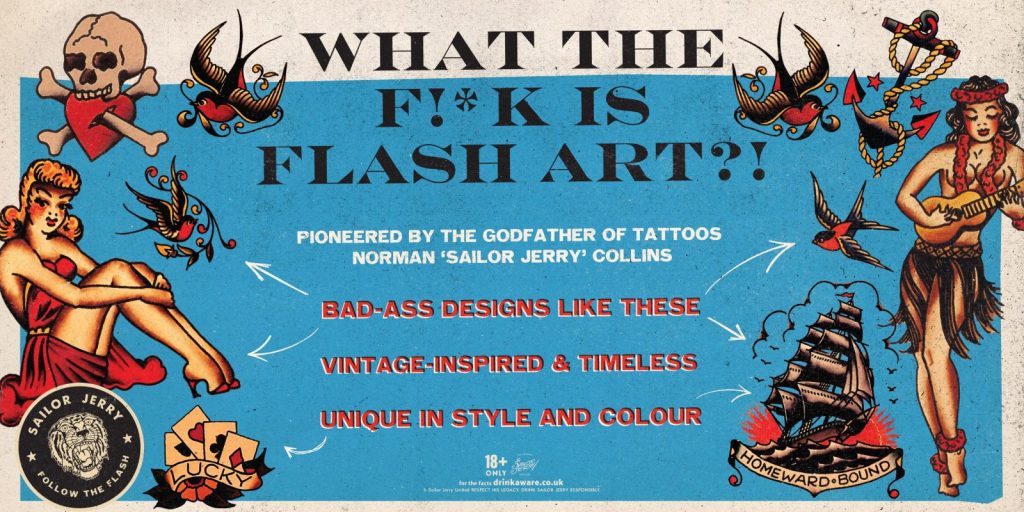 Remember to #SJFollowTheFlash to be in with a chance to infiltrate a Scottish castle, with Sailor Jerry. We’ll be attending the events in Dundee as himself badly needs a haircut. See you there! POP YO JERRY. Follow the SJ website for updates.

PrevPreviousBenidorm Live in Aberdeen: The Best Thing Since
NextMunching at The Elphinstone Hotel in BiggarNext