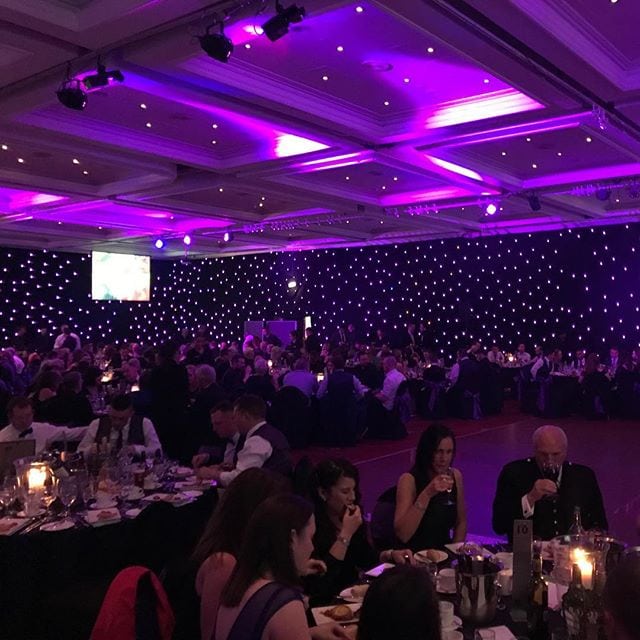 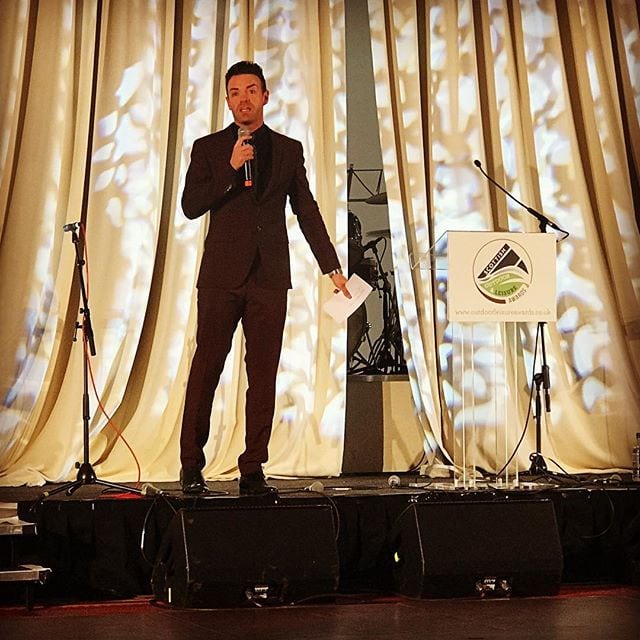 There were lights, cameras and plenty of action at the 2017 Scottish Outdoor and Leisure Awards. Playing host to the fabulous event was the Marriott Hotel in Glasgow. The nominees had been announced just a couple of weeks earlier and there was an air of excitement filling the hotel halls.

After another incredibly busy week at The Aye Life HQ, I was more than delighted to take to our lavish boudoir within the hotel. I would be lying if I said that I didn’t do most of my pre-award prep tucked under the sheets. When in Rome. 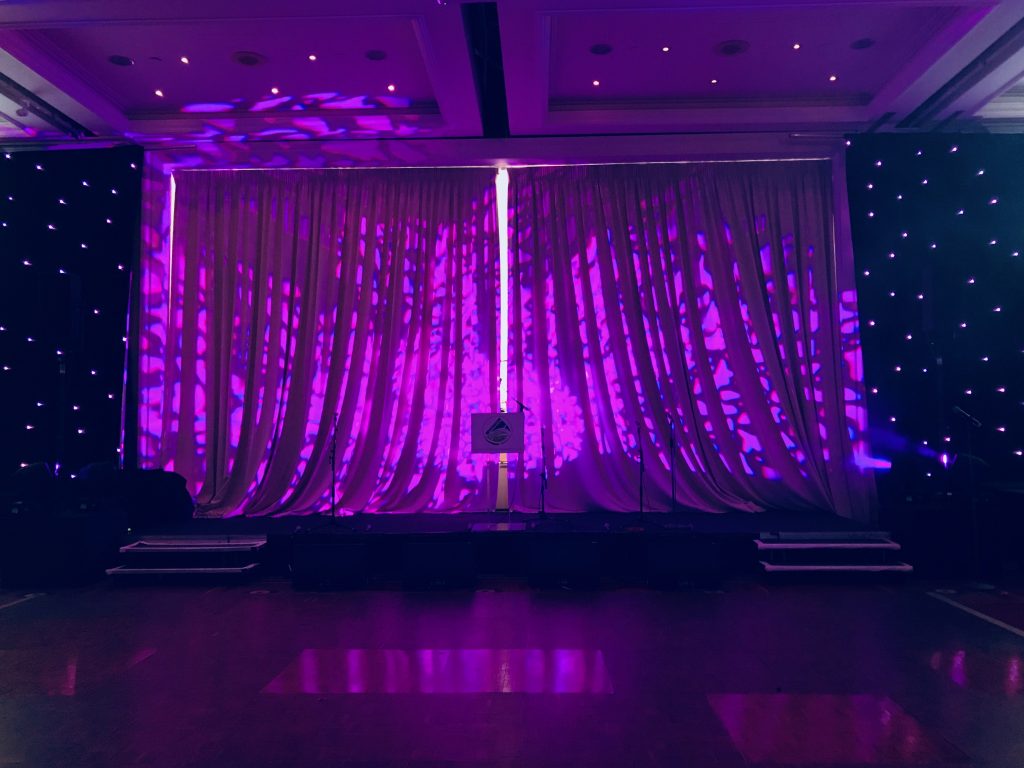 Fluffed up and fancy, we sauntered down to the glamorous drinks reception where we were met with an influx of kilts and glitter. You can say what you want about us Scottish but we definitely have the pash for fash (fashion, not trout). 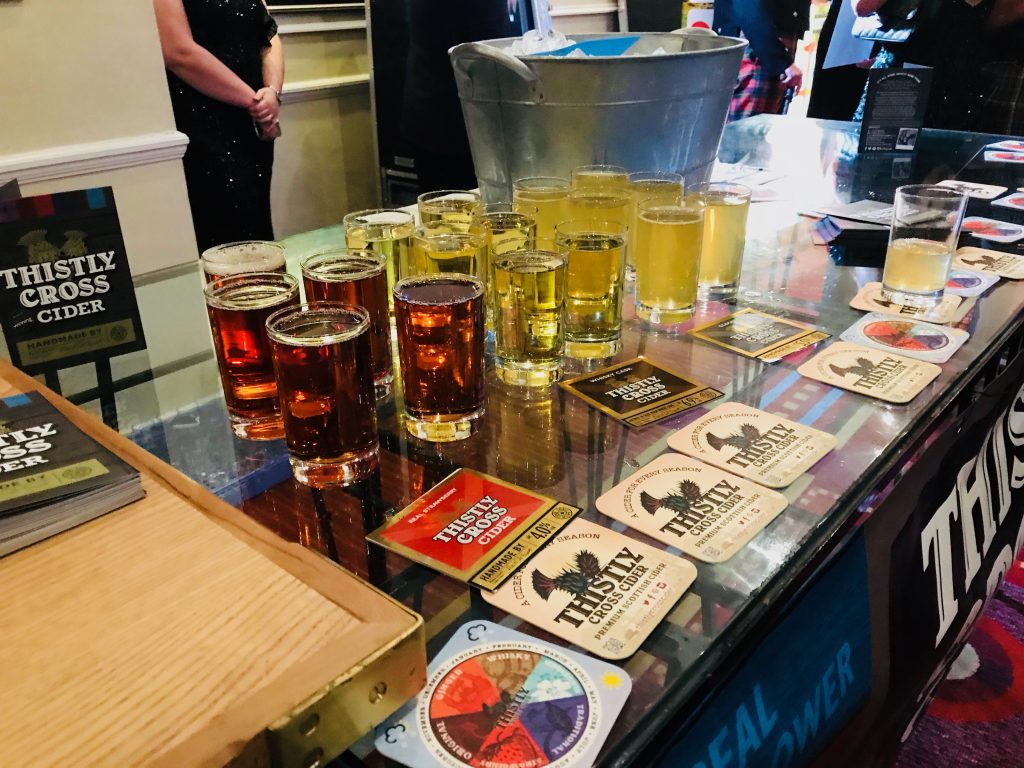 Being a spirits enthusiast, I headed straight for the bar. Again, only in Scotland would one room have an array of different bars. Priorities. The Wester Spirit Company were there in their finery, serving up their spicy Scottish rum. As it was my first sip of the night, it definitely put a curl in the old beehive. For the more sensible attendees, was Thistly Cross serving up an array of super ciders. 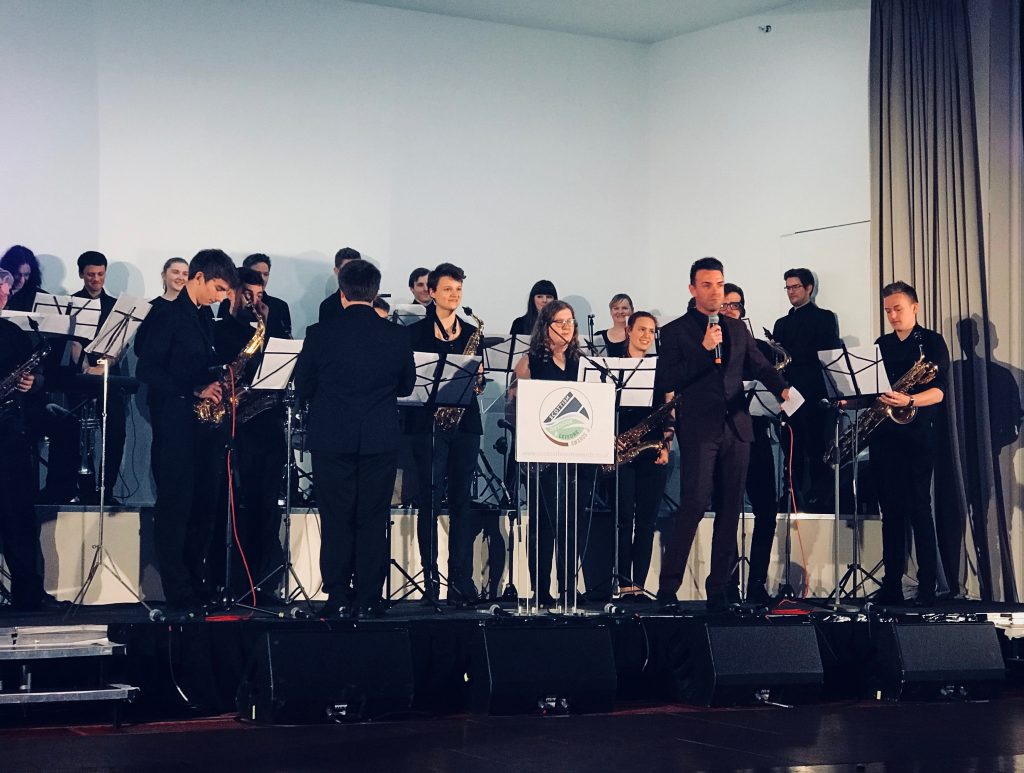 After taking to our seats and becoming acquainted with our fellow guests which in our case was the lovely staff from the Marriott Hotel and the Accord Hospice, we were soon greeted by Glasgow University’s 26 piece big band. They were introduced on to the stage by Des Clarke, radio presenter at Capital Radio. Never mind New York New York, this was Glasgow Glasgow. 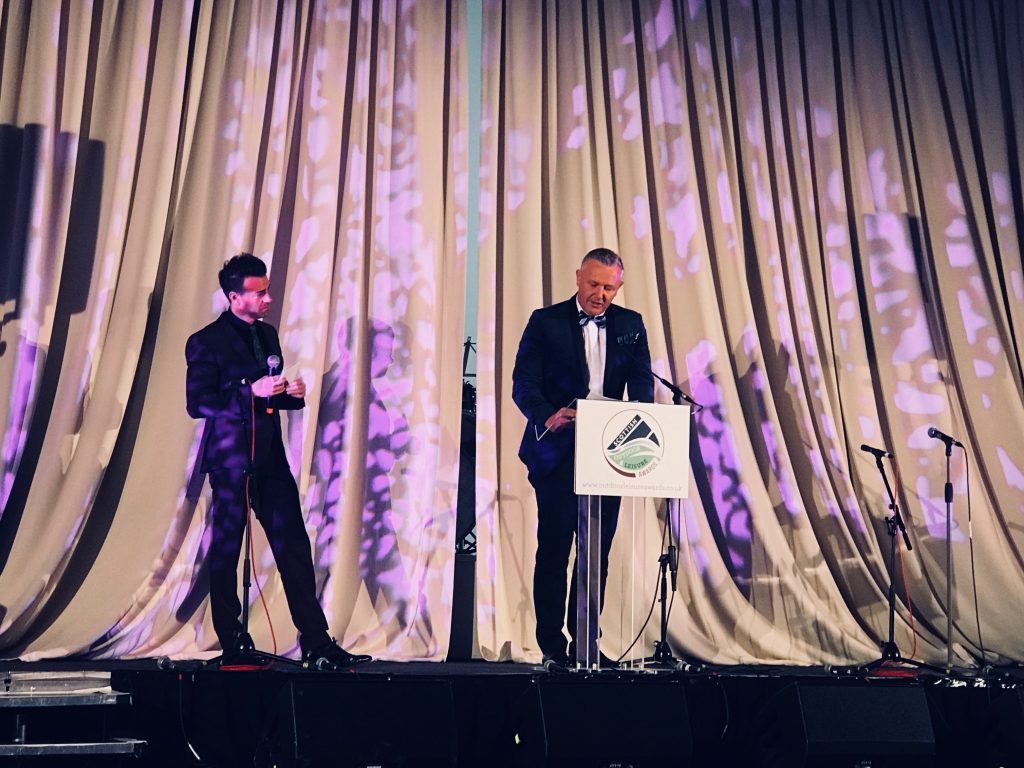 With wine a-pouring and banter a-flowing, the audience settled down a little to listen to a speech from Warren Paul, the CEO and founder of the Scottish Outdoor and Leisure Awards who’s dedication to the awards is prime beef. Following on from his speech, Scott Barclay, chief executive at Big Impact took to the stage. The first half of the awards commenced soon after with all of the deserving winners and runners up below. 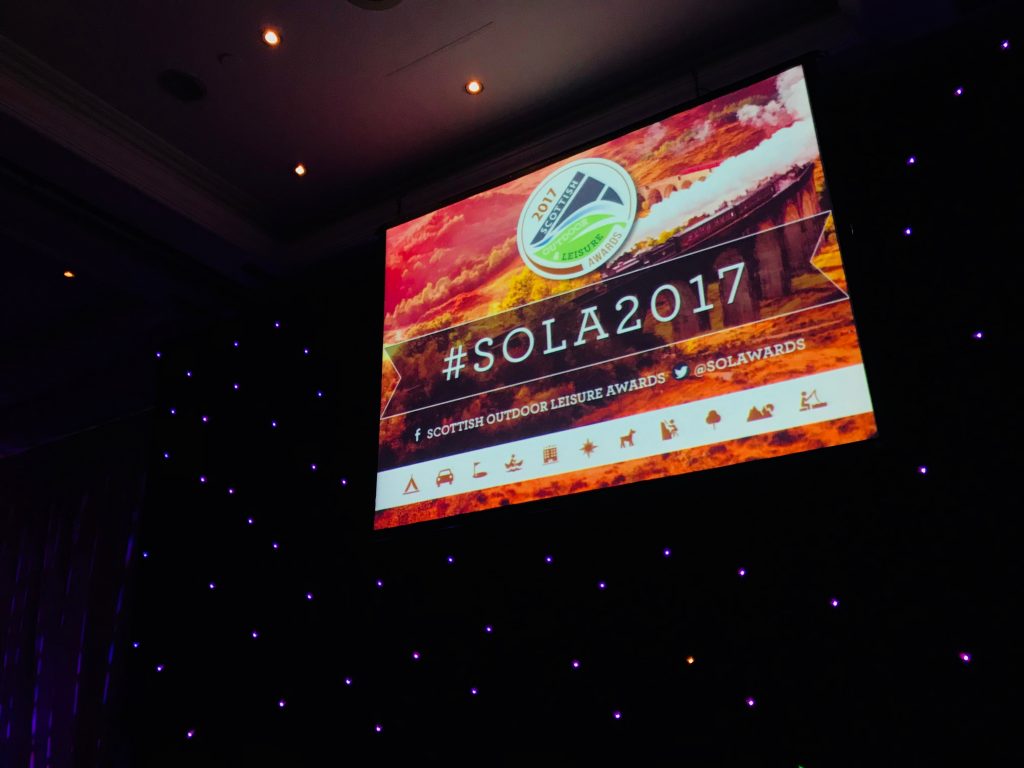 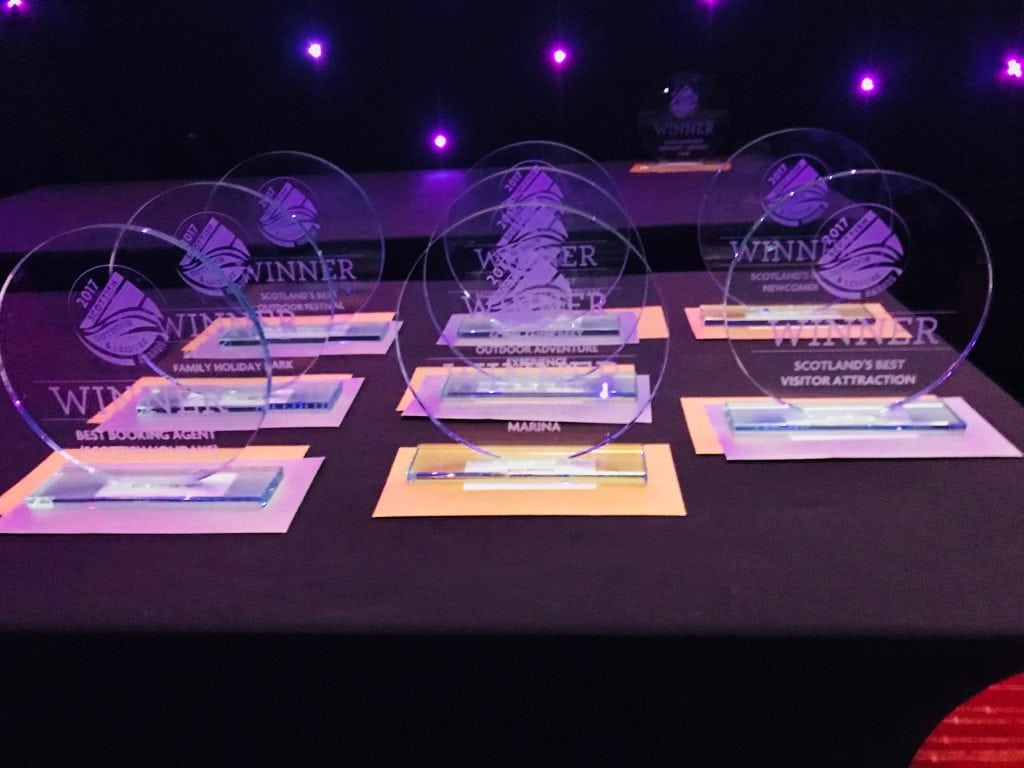 It was at this point that everyone got to their feet for a big screen version of Play Your Cards Right with the hopes of winning a pamper hamper. It was also at this point that I saw the end of my game after about 12 seconds of game play. The rest of our table (and the room) continued to play but were soon whittled down to the real gamblers. With another winner picked, the Awards continued.
Best Motor Home and Camper Van Dealership (Deal or no deal)
Winner: Campers Scotland
Scotland’s Best Leisure Resort Hotel (I didn’t think it would resort to this)
Winner: Portavadie
Portavadie also won the award for being most drunk in the first half. Either that or they away to Majorca in the morning. If I was going to win an award, that is the table I would want to be at.
Best Golf Experience (A hole they won)
Winner: Carnoustie Golf Links
Distillery or Brewery Tour (Whisky me away)
Winner: Isle of Arran distillery
(Where’s my invite?)
Self Catering Accommodation (I can just about accommodate this)
Winner: Loch Tay lodges
Runner up: Cuil moss at Ardgour

Feed me and tell me I’m pretty 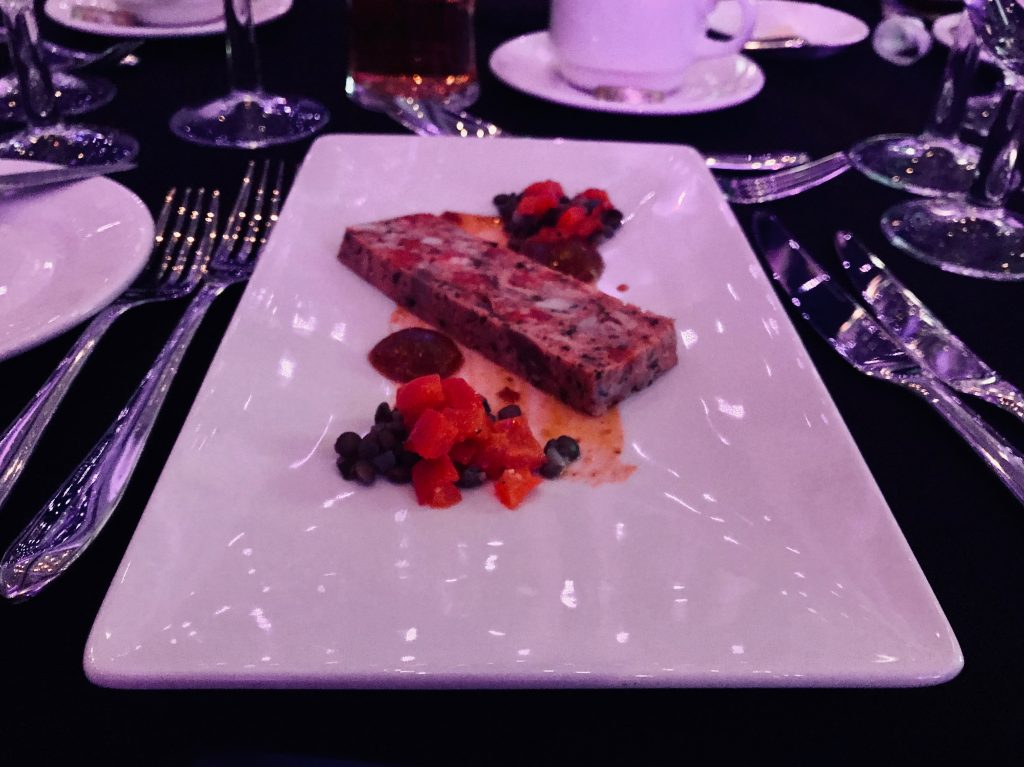 By this point, we were well and truly hopping aboard the scran van and couldn’t wait to put the Marriott menu to the test. The starter was a chicken and chorizo terrine with a lentil and roast pepper salad and a pesto chutney. The main course consisted of a slow cooked pave of beef with sautéed onions and sherry jus which came served with leek mash, carrots and green beans. This was very warming and in keeping with the Autumnal vibes. 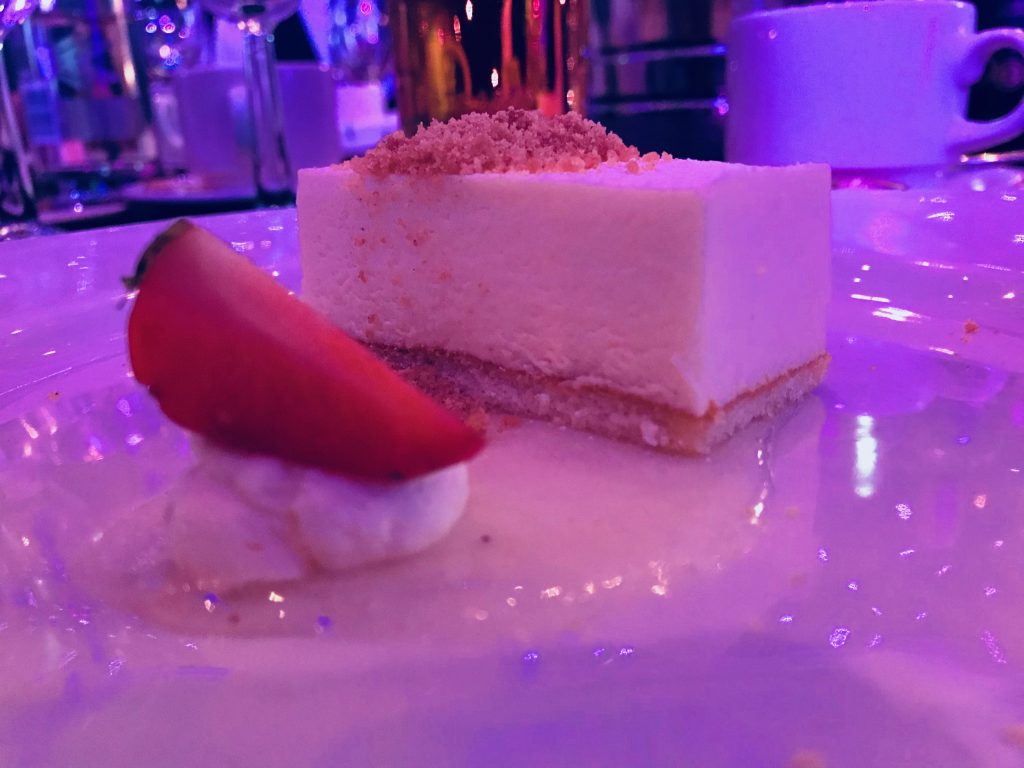 For dessert, we enjoyed a pear and apple torte with a ginger glaze and crumble. By this point, I thought it rude not to also enjoy a dessert wine (which was whatever white wine was decorating the table).

Rolling on the River 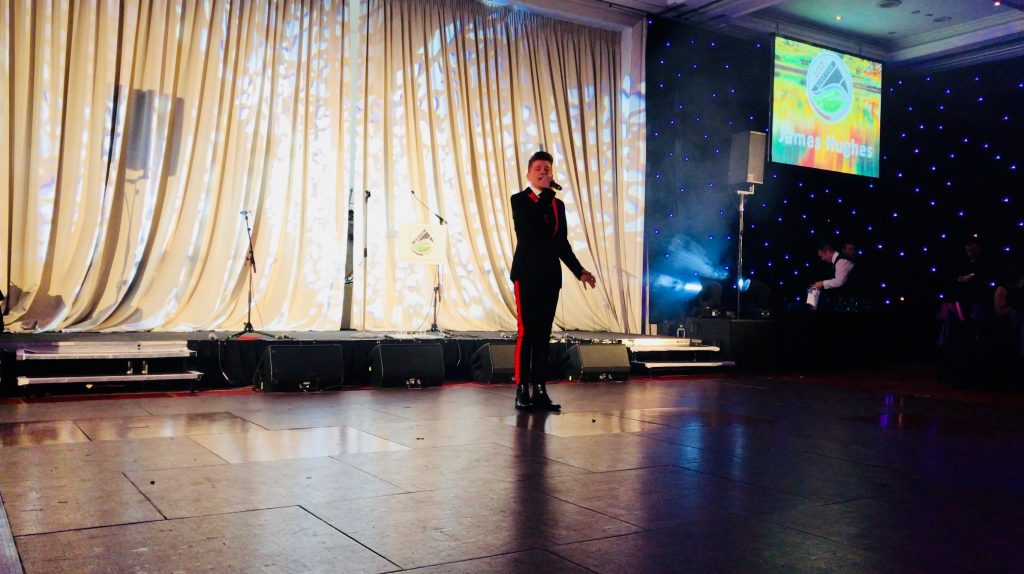 X-Factors James Hughes had been invited along to the event to show off his superb (Scottish) talents. He looked very smart in his tartan embellished suit as he sang the pride right out of Mary to the crowd of ever-boozier onlookers. This well and truly set the scene for the second half of the Awards ceremony. 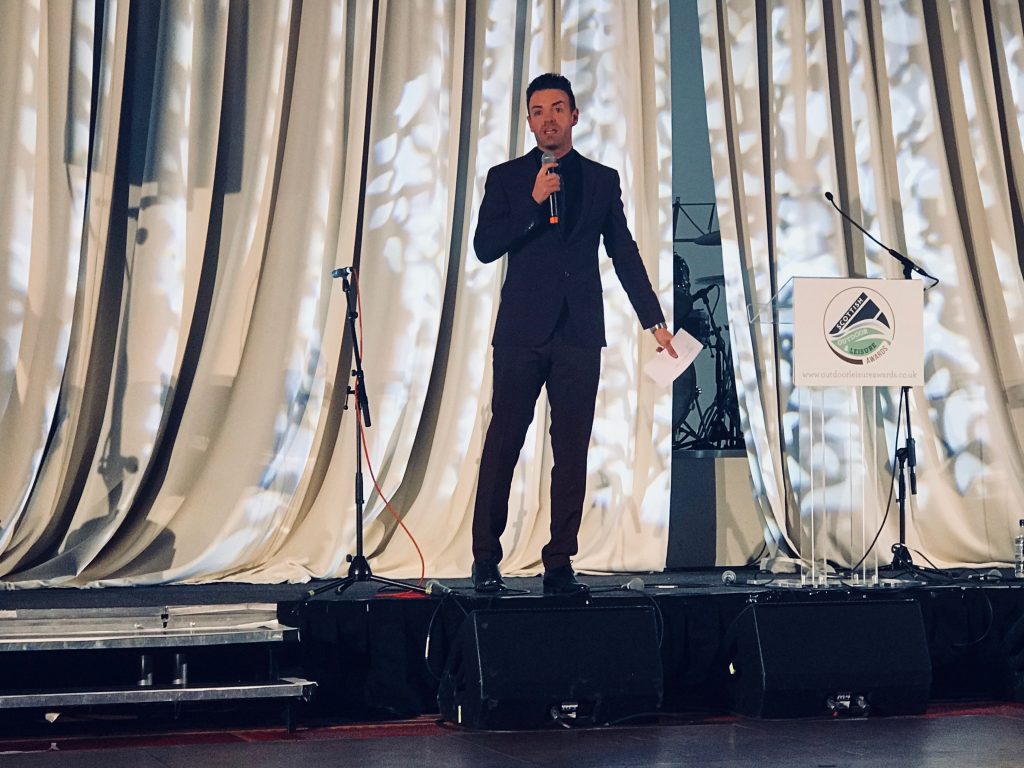 Des Clarke from Capital Radio certainly made an impact with his close to the bone, slightly rough comedy. That kind of humour isn’t just up my alley but has a house in the area and I was laughing like a goat at the dentist. Applause to Des for having the whole room in kinks. He presented his comedy speel at the perfect time as the audience had had enough wine but not too much tequila. On that note, overheard at the Awards was a very classy looking lady saying ‘I shouldn’t have had that tequila before I came here.’ Only in Scotland… Part two of the Awards as follows.

My Girl wants to Party all the Time 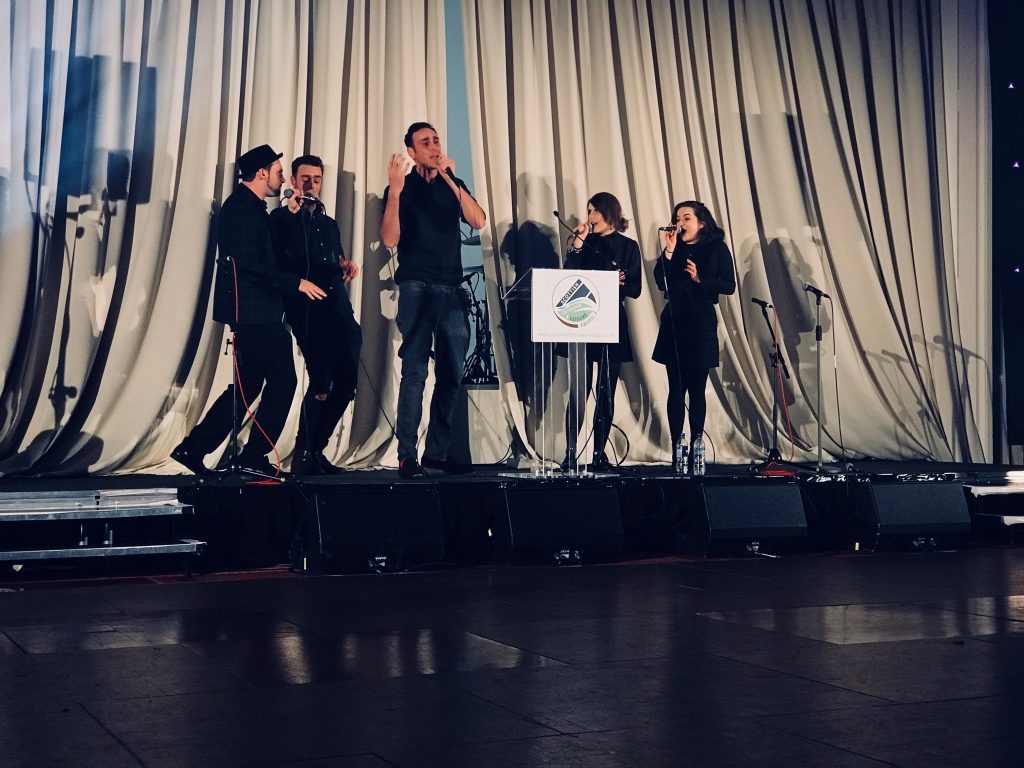 After all of the classy glass awards had been announced, Choral Stimulation took to the stage. Choral Stimulation are an award winning A Capella group from Glasgow who appeared on the BBC and have headlined the stage at the Formula 1 Grand Prix. Now they were impressing the audience at the Scottish Outdoor and Leisure Awards. It is safe to say that this event was attracting all kinds of winners.

At the end of the night, the big band were back with their musical sass which lead to the dance floor becoming packed to breaking point. We saw this as an opportunity to get back up to our cosy hotel room for a little R & R.

We would like to congratulate all of the nominees and deserving winners. Overall, the event was excellent in showcasing and rewarding the widespread Scottish talent and unrivalled quality in the outdoor and leisure sectors. With over 25,000 votes this year, we are confident these will only increase in the years to come. 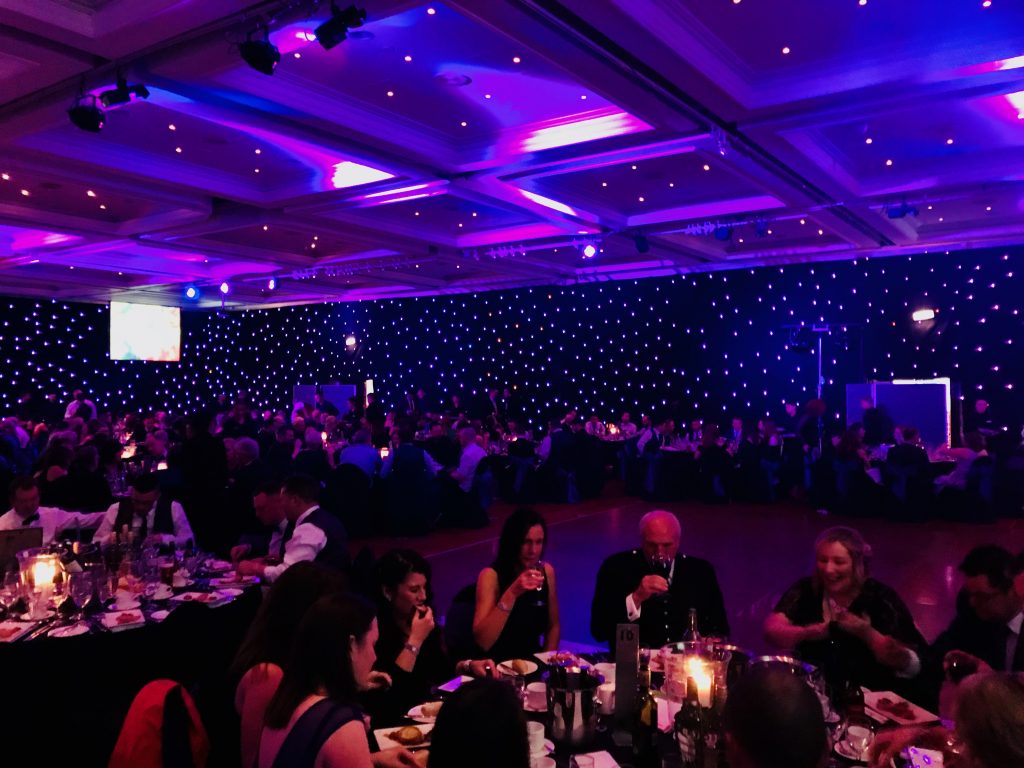 We would like to express our thanks to Paramount Creative for inviting us along to experience the event and to the Marriott Hotel for making us feel more than comfortable.