I Want Moray, That’s What I Want

I must have said that like 17 times in the last 2 days. Moray Moray Moray by Fabba was a close second. Thankfully not Mo Moray Mo Problems. In fact, we had an EPIC time in Moray. Or to be more specific, Buckie. I know what you’re thinking, “Buckie? Don’t you guys live like an hour from Buckie?” And my friends, you wouldn’t be wrong. But it was Aye 2.0’s 30th, and I played with everywhere from Benidorm to Tenerife. But where did we end up? Buckie. Smug grin. Ironically, I probably spent more on the whole weekend in Buckie than I would of on Benidorm or Tenerife. But himself doesn’t like hearing that cause he likes to play dumb to my spending habits. Which is a good choice really. There ain’t many things to do in Buckie, although there are some bonnie sights nearby. But it doesn’t matter when you find Sea Yonder. 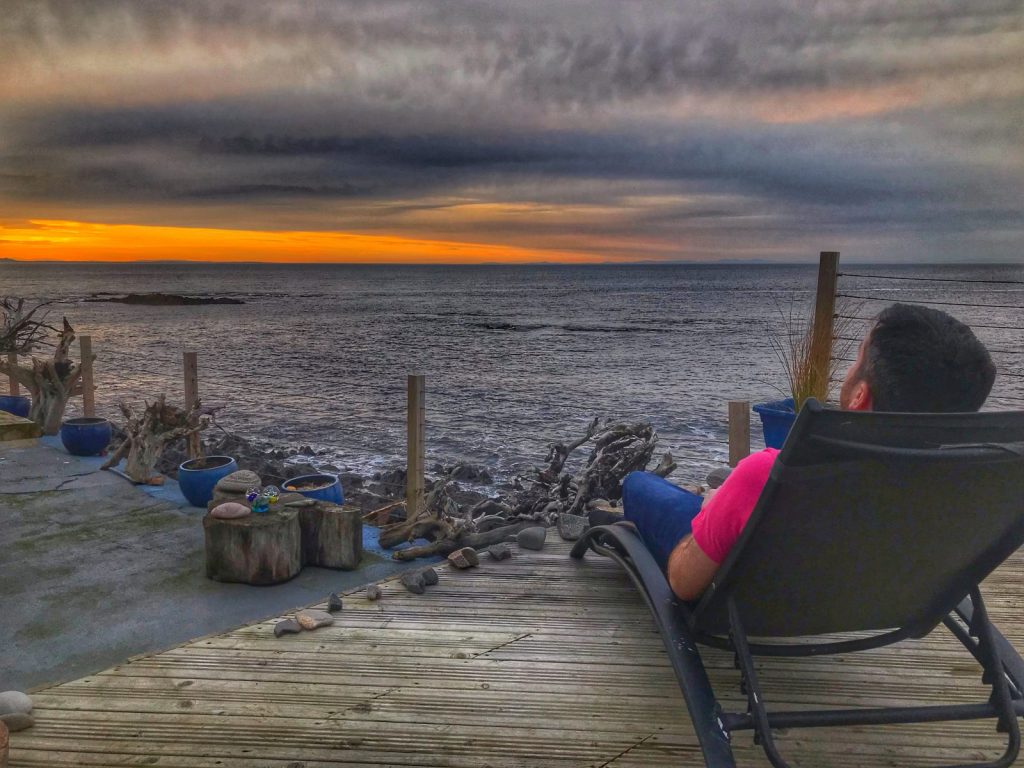 Scottish Cottages by the Sea 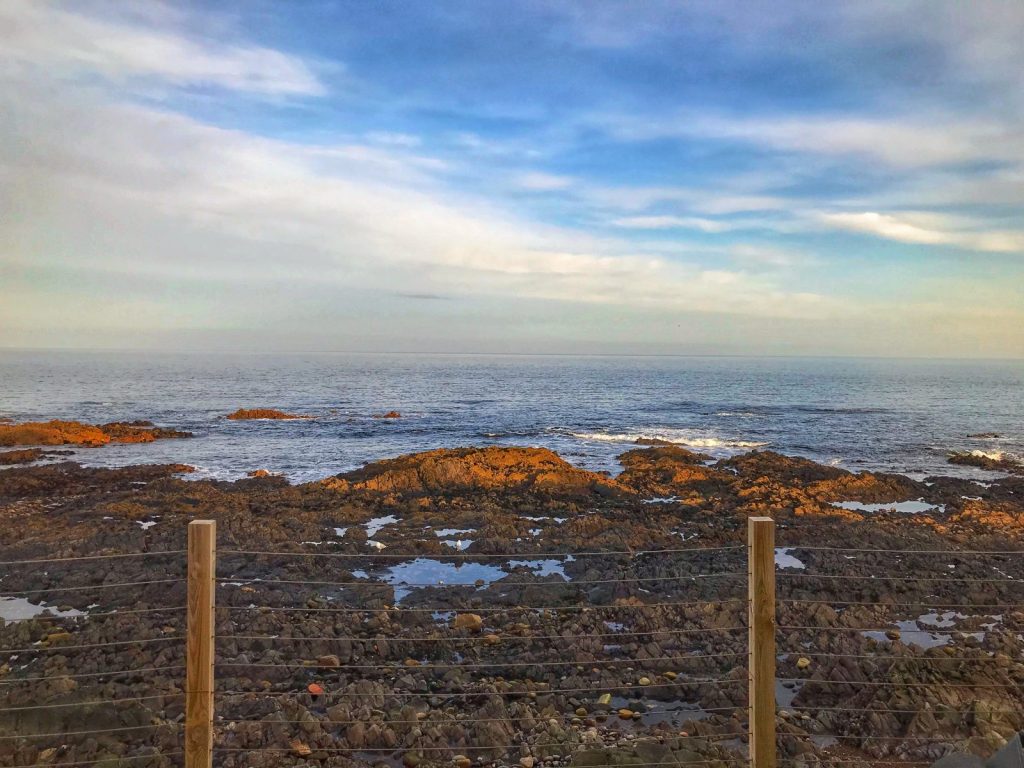 Once I realised that I couldn’t be barsed (bothered/arsed) booking a trip abroad due to a combination of anxiety-gate and himself making no valid decisions, I started to look abit closer to home. I started at the borders and worked my way up North until I found something unique and big enough to fit Aye 2.0’s pals in the door for at least one night. Scotland has heaps of quirky accommodation. We’ve stayed at the Barley Bothy by Boutique Farm Bothies a good few times so although that place is unique and not too far, it’s been done before. And it was also waaay to small to fit 5 ludicrous Aberdonians and one sensible Highlander in for the night. After some deep digging, I came across the perfect place. With thanks to Scottish Cottages, a website which specialises in the obvious – I found heaven. In Buckie. Or as Aberdonians pronounce it, “Buckehhh.” 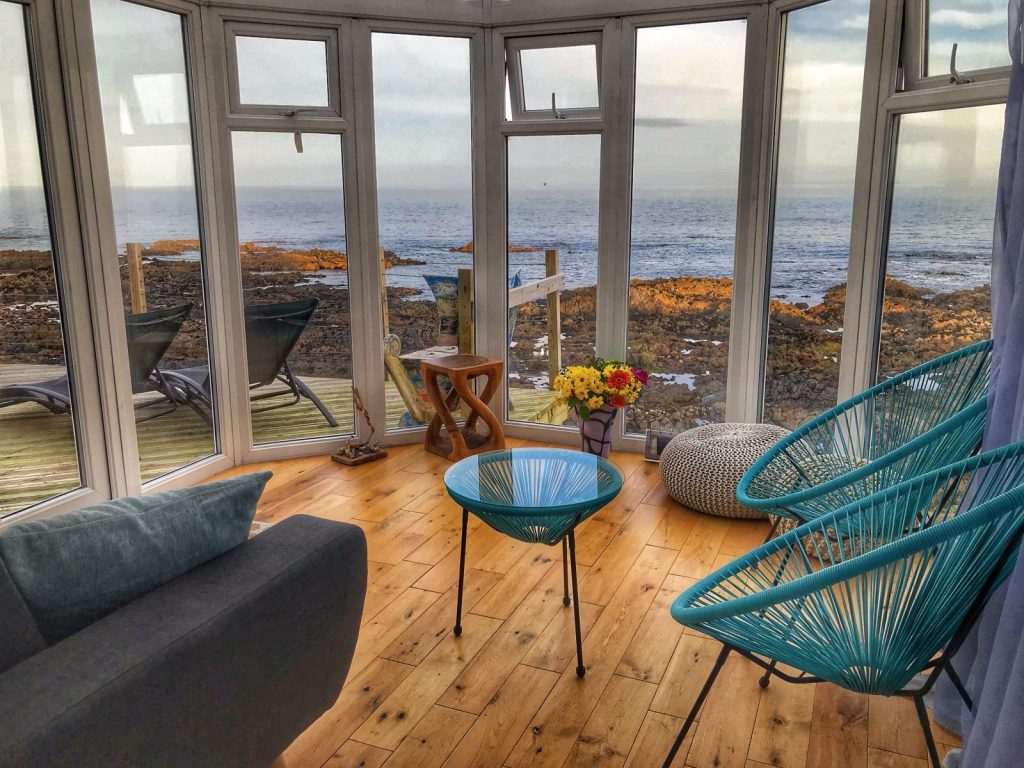 Sea Yonder is a 2 bedroom/one mezzanine bungalow directly by the sea which sleeps 6. And when I say beside the sea, I mean on the water. To quote Aye 2.0, “It’s like being on a boat.” Sea views. Rock pools. Decking. A hot-tub. Sea glass. Driftwood. Glorious big-winged birds. Everything. 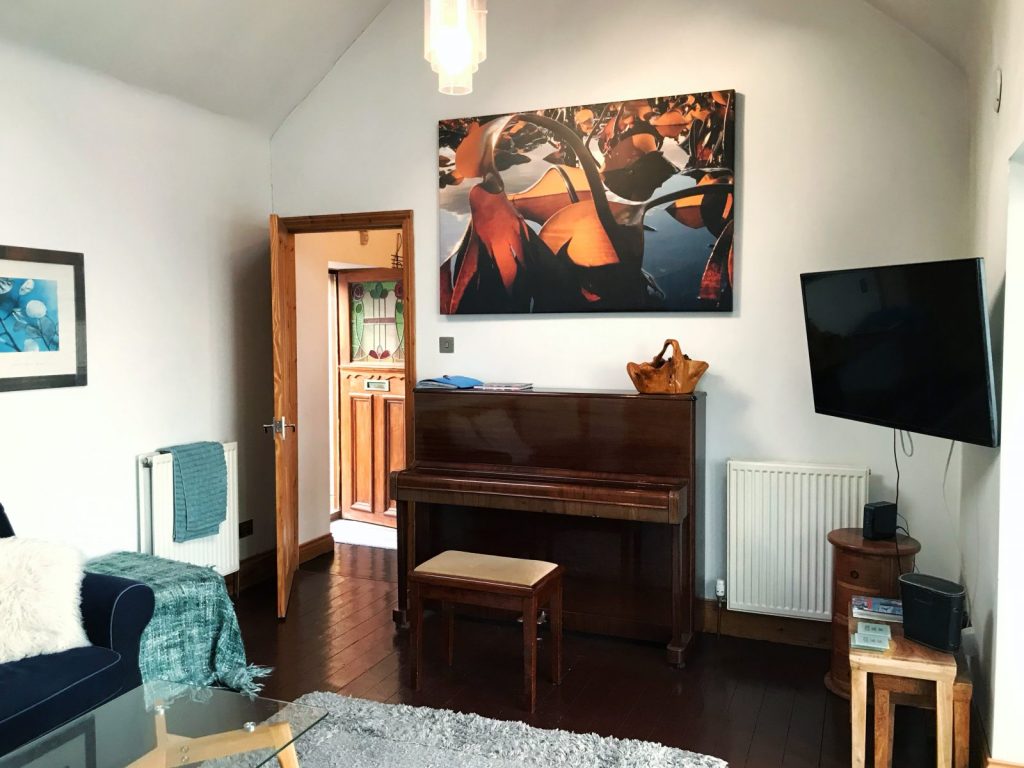 The house itself is laid out like a quirky holiday home, with a large kitchen for entertaining and a cosy living-room with a piano, a guitar and French doors which open out on to the marvellous decking. One bedroom contains its own floor to ceiling glass conservatory which also opens onto the decking. There are words to describe this. But I cannot find them. It also has a Rayburn Cooker, and a wood-burning stove, which we didn’t use more than once due to a suspected block in the chimney flue. 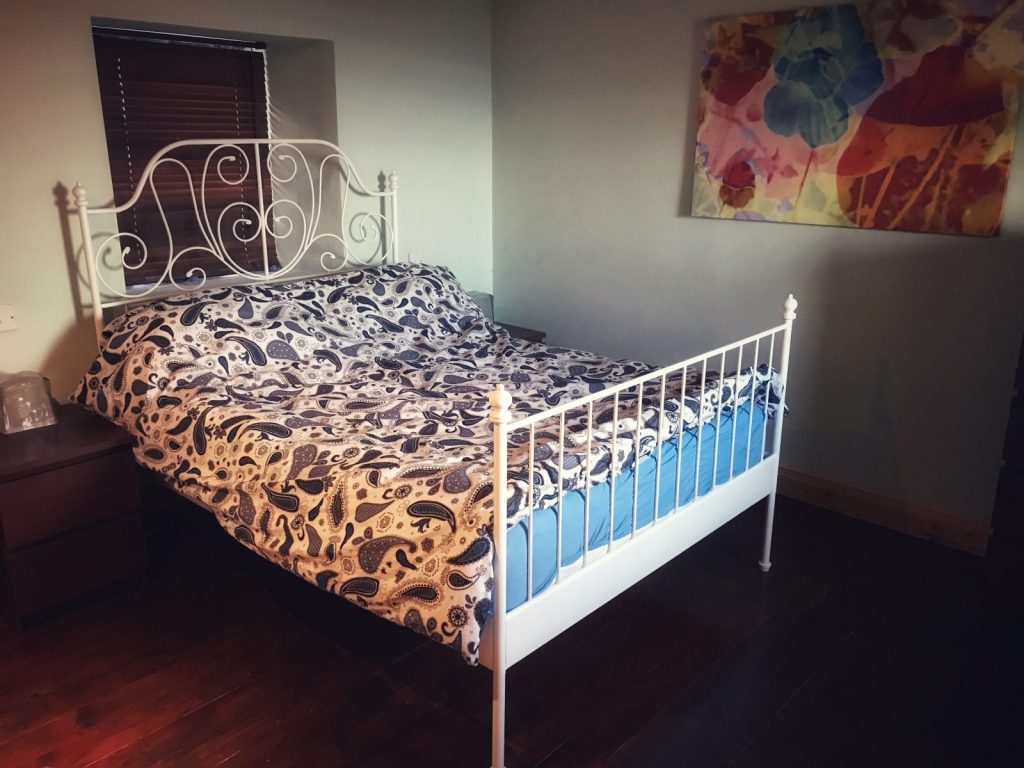 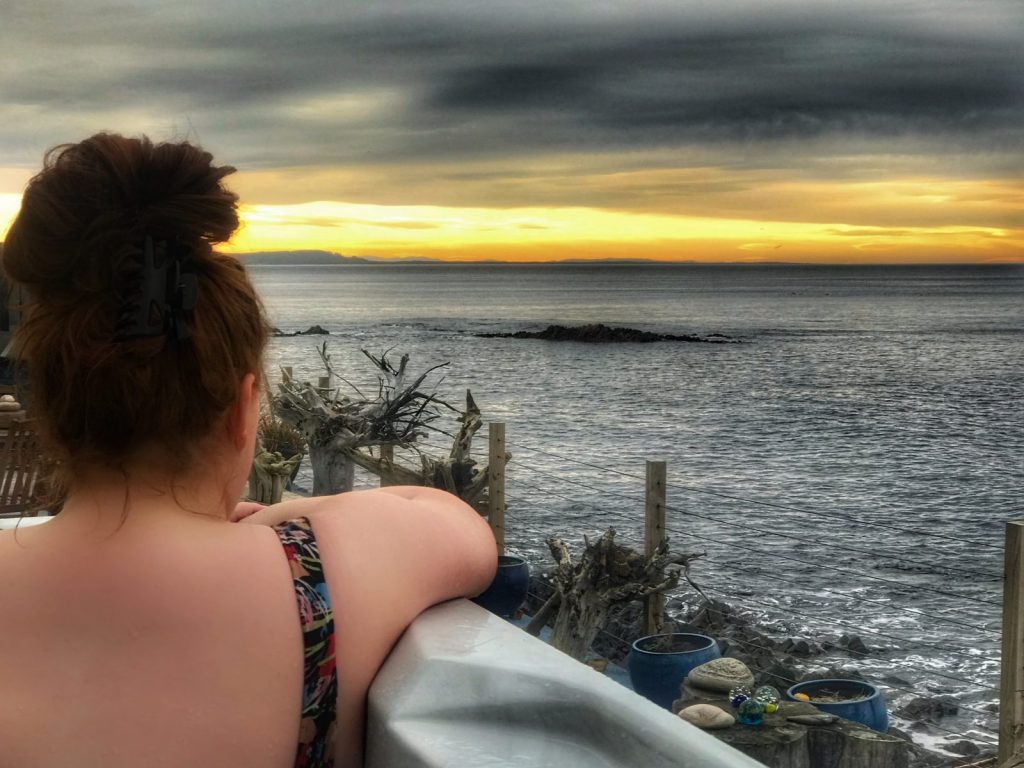 We definitely weren’t there for the house. It came in handy for cooking party food and making martini punch bowls. And for sleeping, of course… But we were really there for the decking, which the owners have done a tremendous job of. The decking is spacious with incredible sea views. There’s lots of seating, a BBQ, a hot tub and 2 deckchairs for enjoying the sun. Which we actually had lots of due to freak February Scottish weather. The decking is “decked” out with sea glass, driftwood, and all things sea-side. Sea Yonder really lived up to its name. 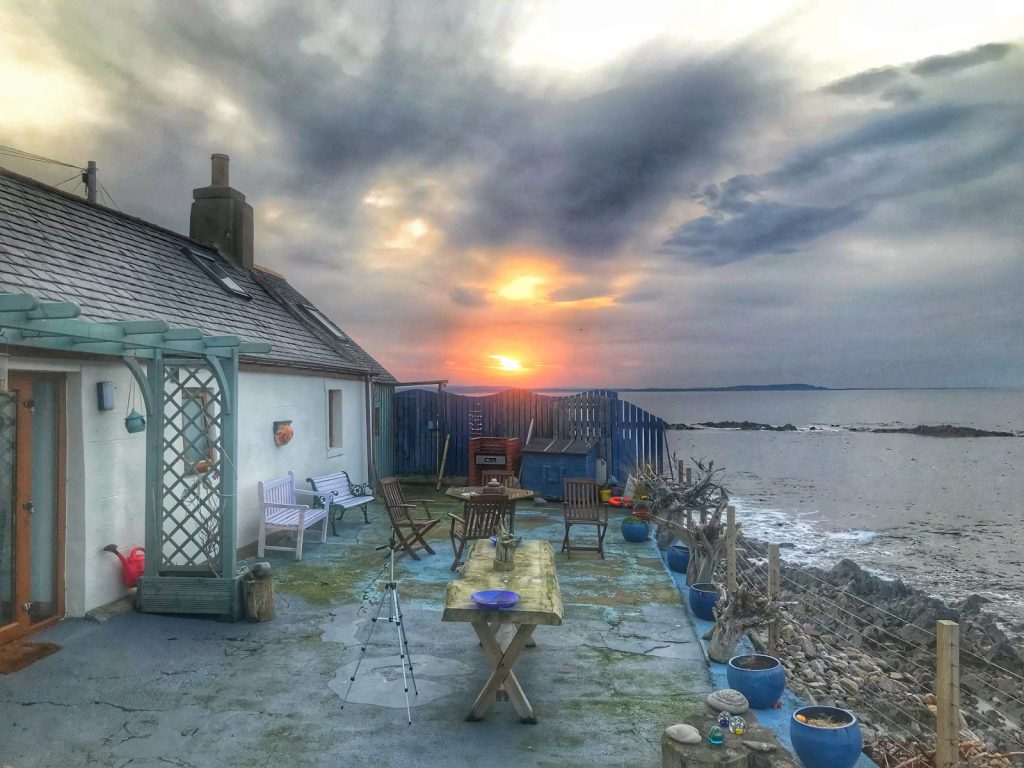 I won’t tell you what went down at The King’s 30th birthday. What happens in Buckie, stays in Buckie. But after all of his lovely/nutter friends disappeared, we were left with 2 days to kick back and enjoy the peace, tranquility, and sunsets from the hot-tub. 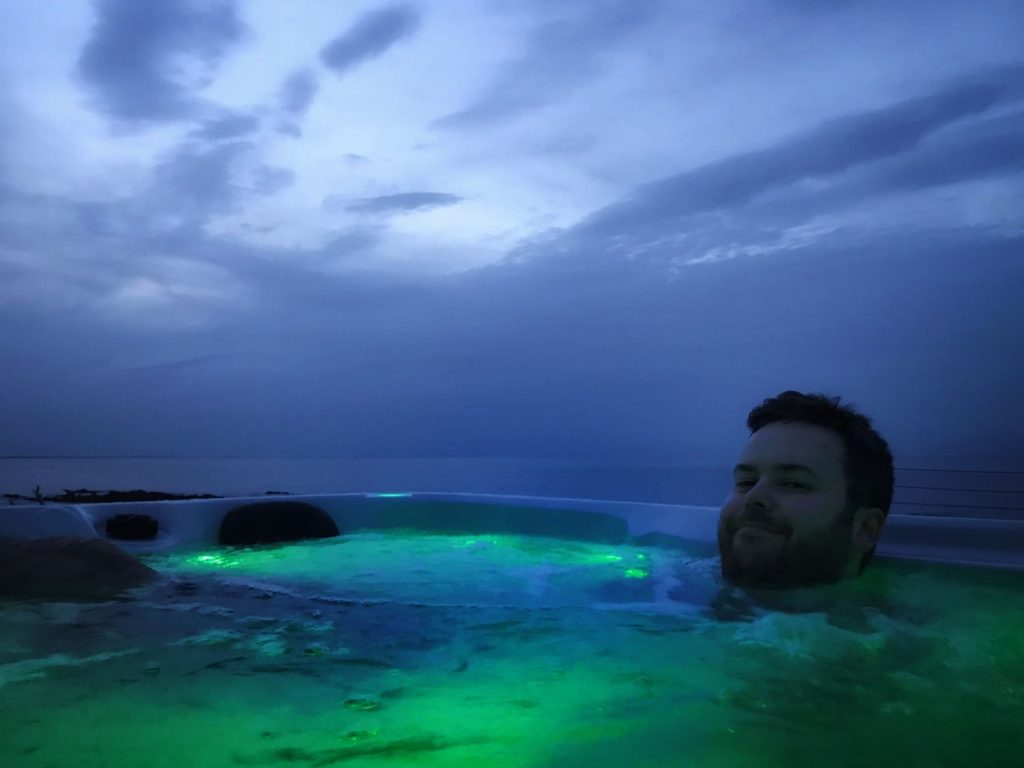 What do I say? I can’t wait to go back. The cottage is beautiful. The most perfect time to enjoy the hot-tub is during high tide, at sunset, if you’re lucky enough to catch the two together. We took photos which if you squint your eyes could look a little like the Northern lights, but are actually just our heads bobbing around in the green hot-tub lights. I completely recommend Sea Yonder all year round, although I am definitely looking forward to going back in Summer for a late night hot-tub come BBQ soirée. We didn’t leave once, over the full 4 days. All we did was eat, drink, hot-tub, write, read and be merry. Everything that Sea Yonder encourages, and so much more. Book your stay at Sea Yonder here.