Unless you’ve been hiding under a rock’n’roll, you’ll know that the UK recently had its first named storm of the year. Storm Ali arrived in all her windy glory and as usual, we overreacted. Although to be fair, the last time it was this windy in the Bay, our garage roof headed South for warmer weather… On Christmas Eve. Because some guys get all the luck… Anyway, When your neighbour tells you she has “bricked down her greenhouse”, you start to take measures. So, we stocked up on heaps of frozen food, not realising that if there was a power cut, we wouldn’t have actually been able to cook it… But here we were, up to our eyes in fish fingers, wondering what the most productive thing to do during a storm, would be. And all we could come up with was cracking open September’s Tipple Box. #SorryNotSorry 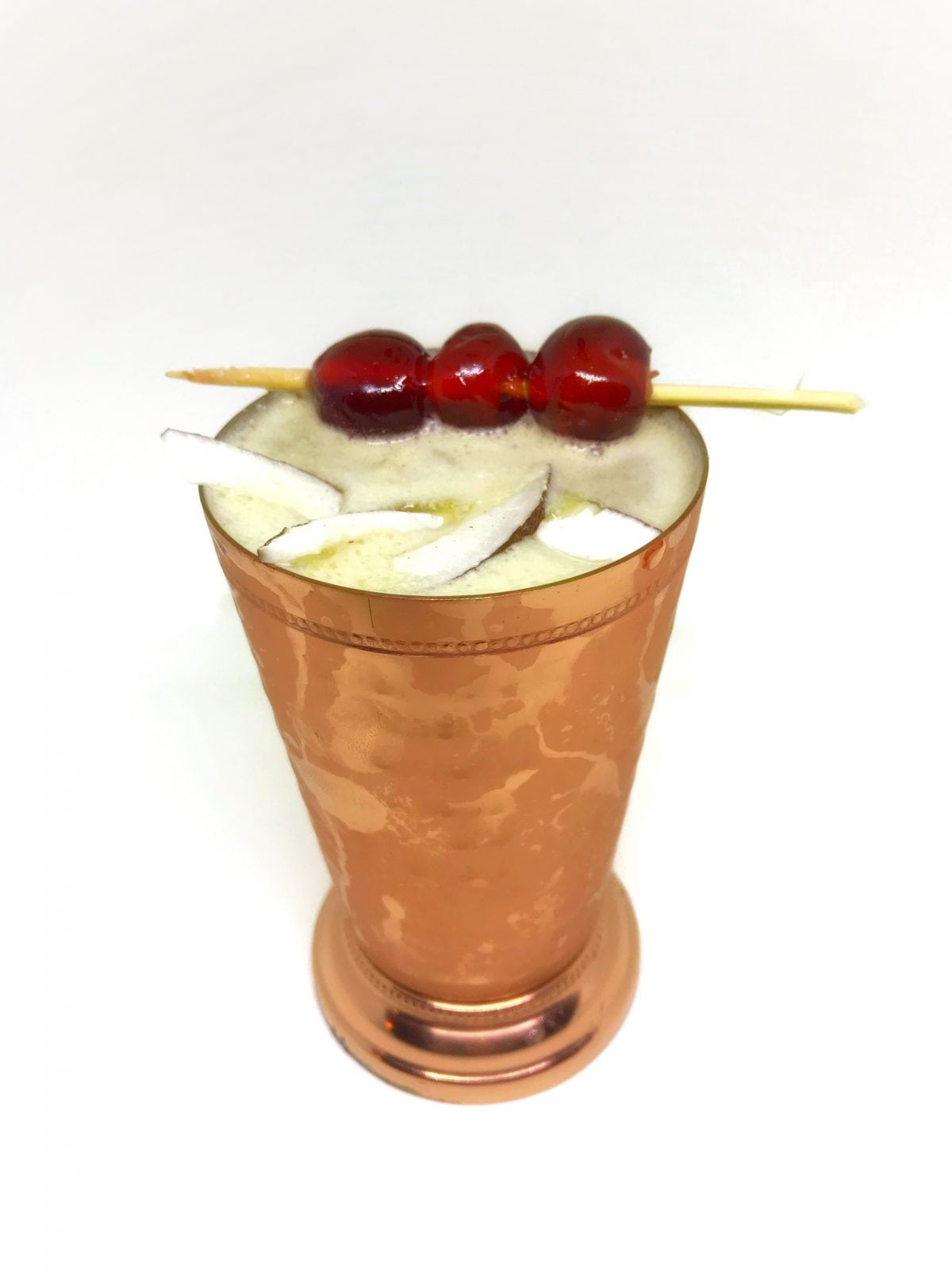 We weren’t caught in the rain. We stayed in the house enjoying the Costa Blanca-esque heat, watching the rain. Alternating between Tetley and Tipple Box. Like Brits do during a storm… One of my favourite cocktails is the pina colada so I was living for all of its coco-nutty goodness. 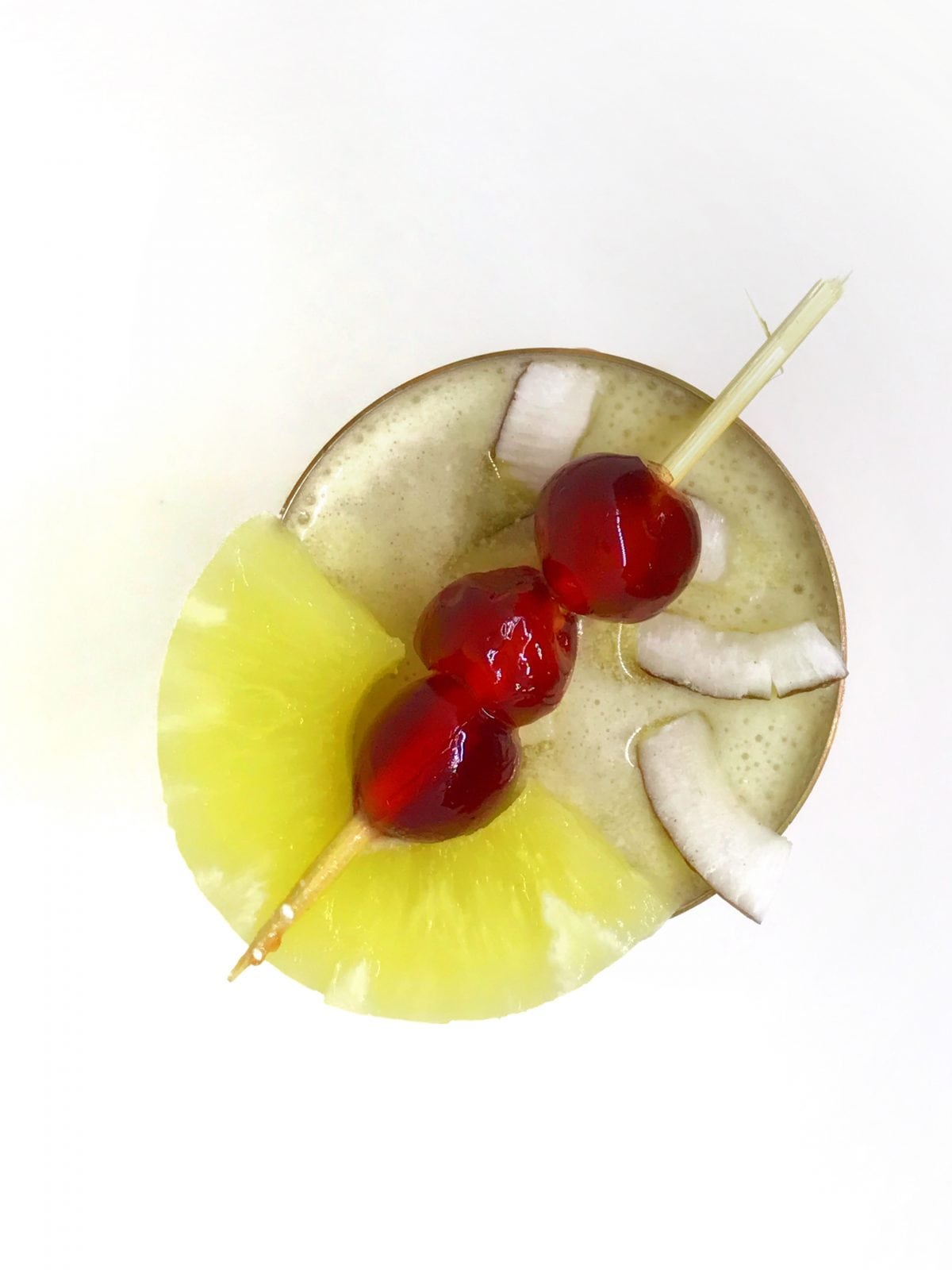 I’m not a coffee fan. Trust me, I really wish I was, and both recipes in this months Tipple Box included coffee rum by Dead Man’s Fingers. But I’ll try anything once. Although, how the coffee taste was going to fit the mould, I wasn’t sure. But that didn’t stop us, silly. So we tipped in our variety of rums, the pineapple and a half carton of coconut cream. Ooosh. Topped with glazed cherries, fresh pineapple and some dried coconut and pineapple by Gintensify. Scott never stood a chance. Mine. Also, coffee rum is waaaay better than coffee…

If I were a zombie, I’d eat you the most 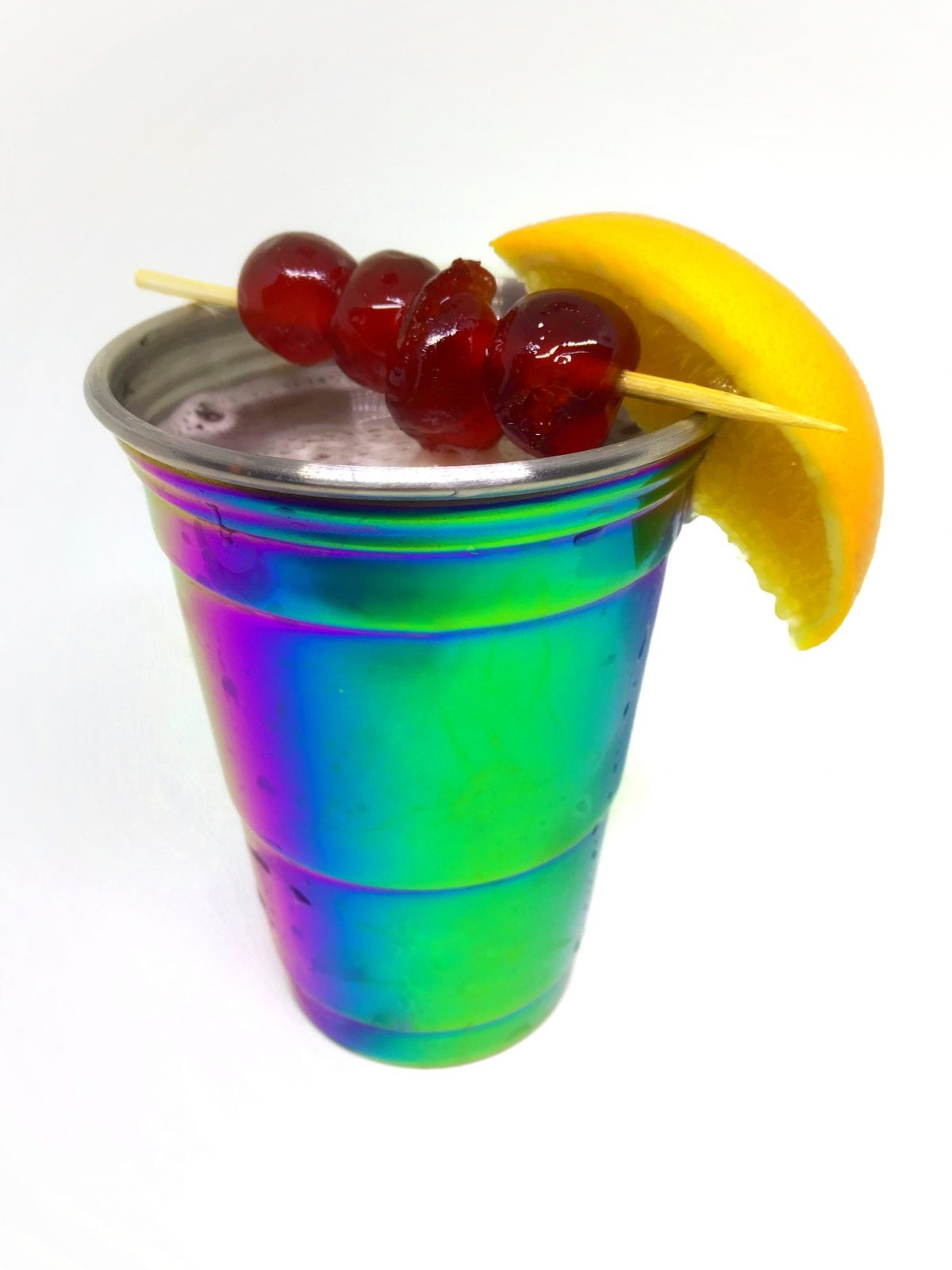 That’s what romance sounds like near Halloween BTW. The zombie cocktail was absolutely marvellous and seeing as I signed Scott out of the pina, the zombie was all his. Although I had a taste, because what kind of girlfriend would I be if I didn’t check it for poison first… Our life is like an action film. 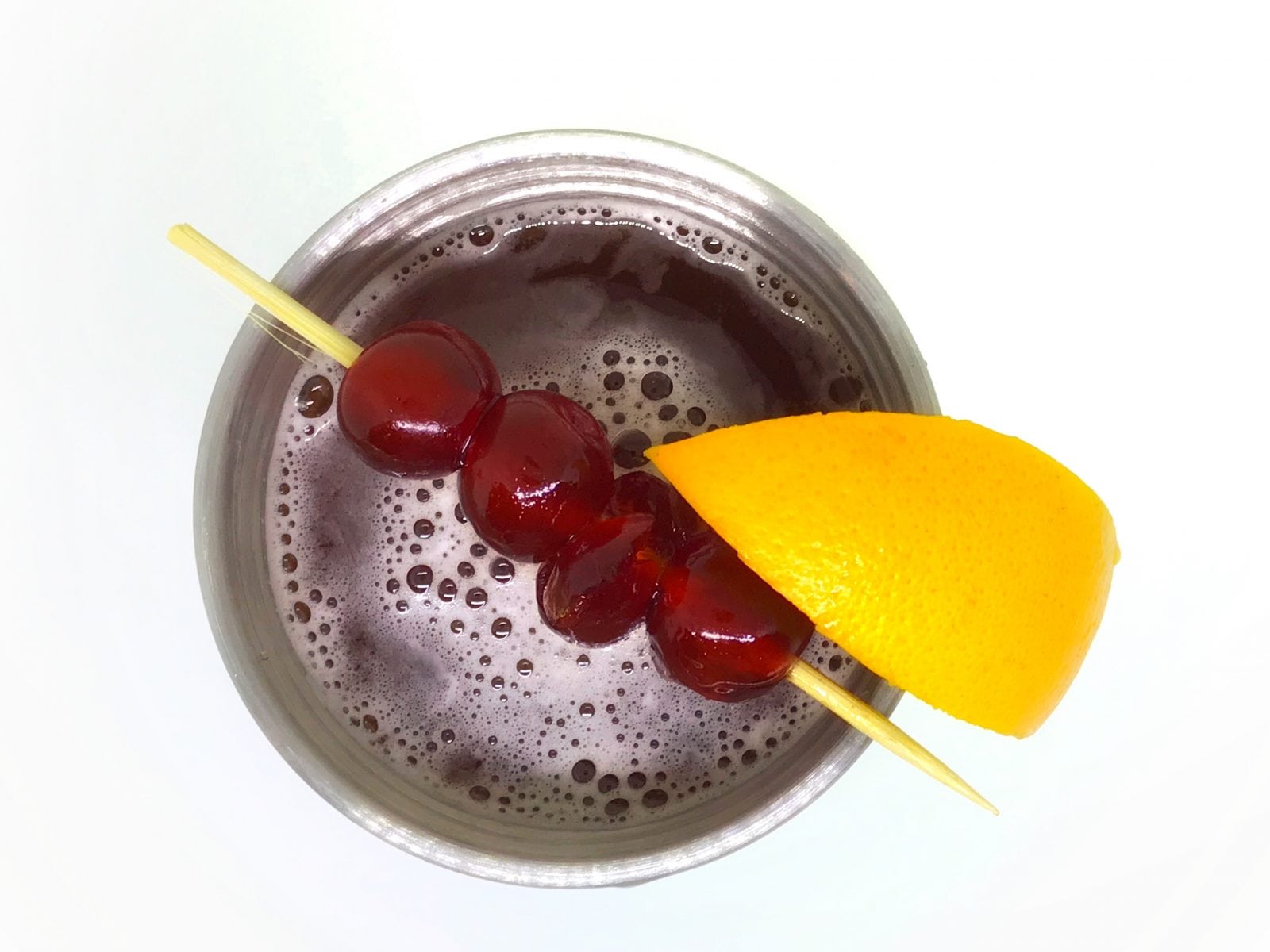 The zombie cocktail contained wild blueberry liqueur, made in Ireland by RubyBlue, along with coffee rum, redcurrant cordial, and a can of guava, lychee and chilli Happy Down. Yet another fabulous concoction by Tipple Box. This month has been our favourite box to date, both cocktails went down really well. I fell asleep on the sofa watching a conspiracy theory documentary, like the big old 26-year old I am.

Save Money on Cocktails 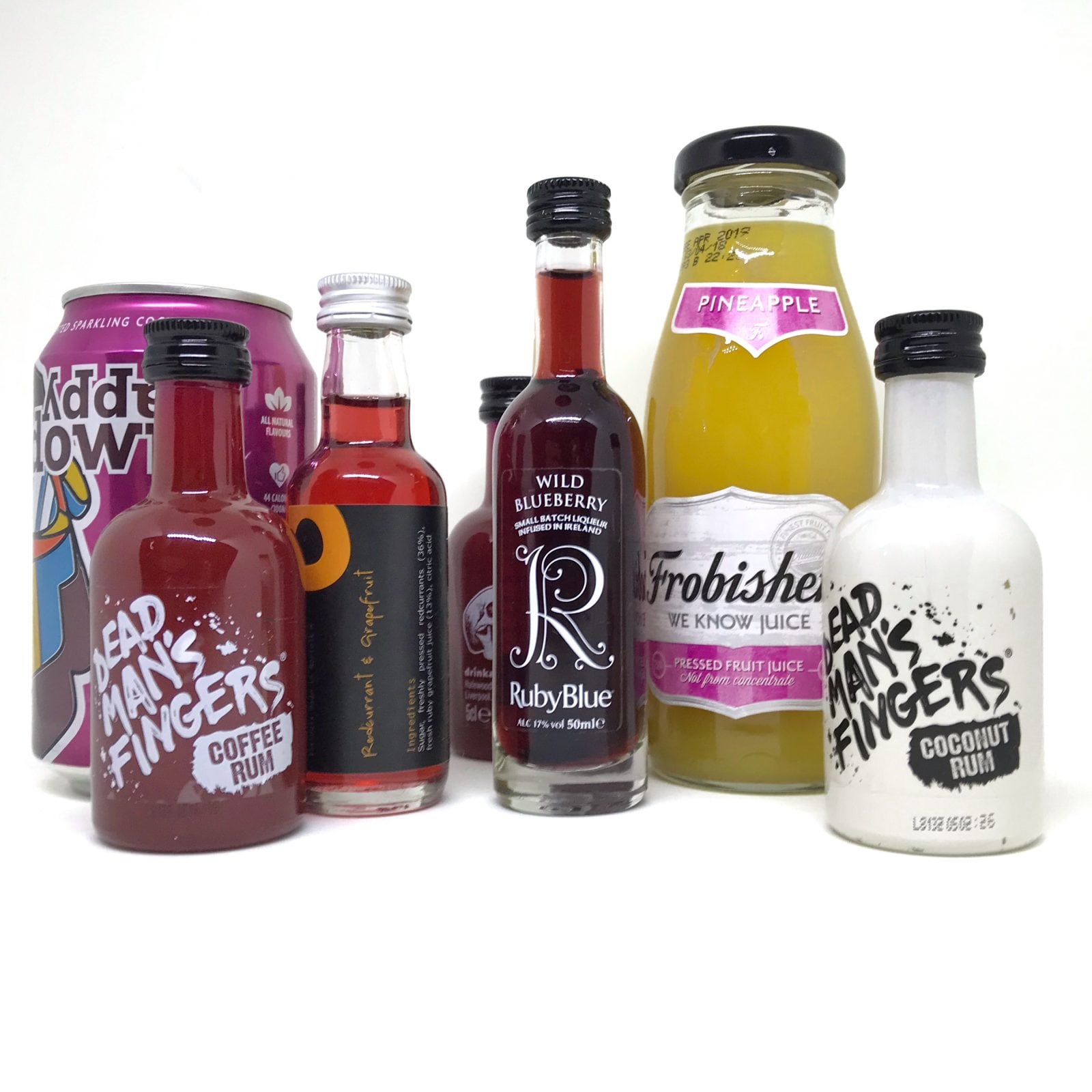 Which is now, and will always be, my favourite line in this whole damn blog/world. If you fancy giving the Tipple Box monthly cocktail subscription a go, chuck ‘AYELIFE10’ in the basket for a £10 discount of your first box. And we will see you at the same time next month, likely drunk and definitely merry.