The finest carvery in the land

After an evening of fabulous frivolities and Dirty Dancing delight, we both woke up feeling about as fresh as a Jacobs Cracker. Scott was far worse than I and kept his words short and stern whilst I did my standard ‘ignore any form of a hangover and let it kill you later.’ This makes us sound like boozy babes but we literally only had around 8 drinks between us but unfortunately these drinks were not fruit juice. We are just badly out of practice and age is starting to become a factor. I think my boozy years were between 18 and 21, ever since then I consume a few drinks and start to shape shift into a wild banshee with a craving for cheese and cuddles.

We went back to our room the night before arm in arm speaking all kinds of romantic nonsense and then we woke up in the morning with a vague dislike for each other. Alcohol be the devil! Yet, like a moth to a flame, we will probably be back to the cocktails before this trip is over. How do you spend a day in a lovely hotel when you have a hangover? You make the most of it, even if it means you cry when no one is watching. After a sensational morning in the Village Spa, surrounded by sensory enthralling ESPA smells, we took to the Village grill for a much needed munch bunch. 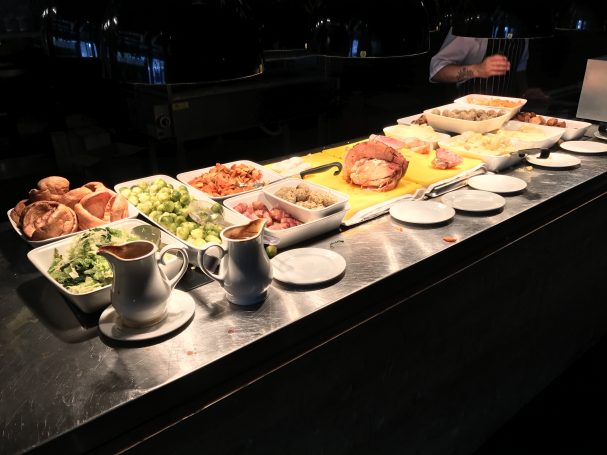 Beaming Barry, the restaurant manager met us at the entrance and showed us to our table whilst giving us the larder lowdown. He was really on the ball which was helpful as neither Scott nor I were and he knew everything about everything. You know those street performers that you see who walk tightropes whilst juggling fireballs? Barry was bossing the multi-task except he was juggling beef, staff and our hangovers. 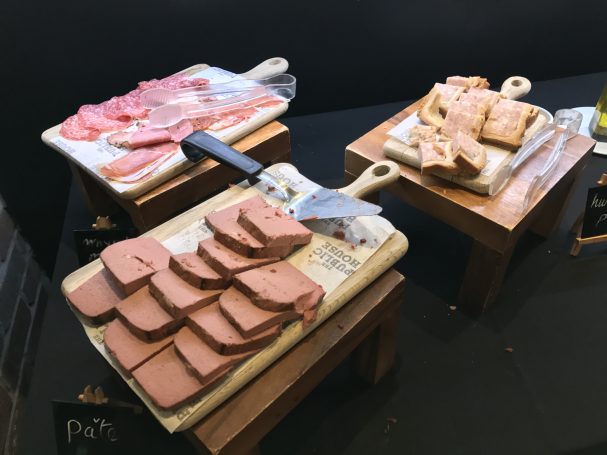 In any carvery we have visited and we have visited many a carvery, I have never seen such a selection of everything. Usually, a starter consists of soup or a prawn cocktail if they are showing off. The Village Grill gave us soup but they weren’t stopping there! The Self Service starter included roast meats, prawn cocktails, fish, pies and baked bread, amongst others. In true Victoria and Scott fashion, Scott had one of everything and I had bread. Thankfully, if one of us is picky, the other one will take it in their stride and that is exactly what Scott did. 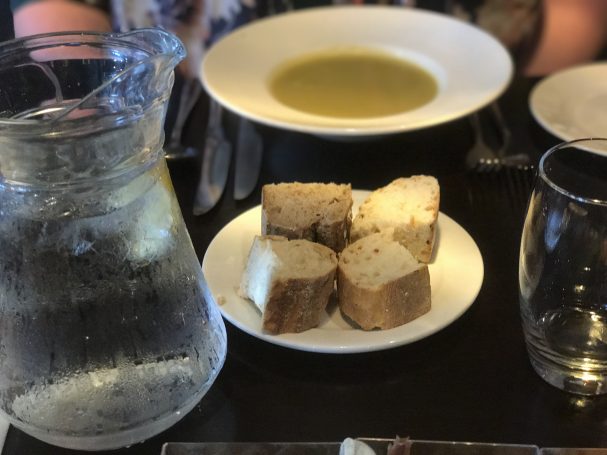 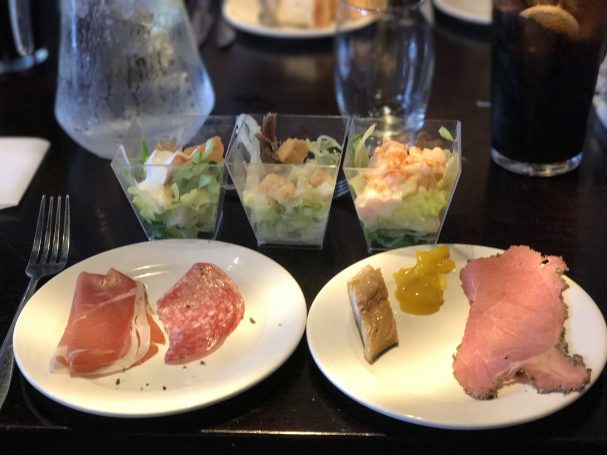 I have been chicken you out, Sir Loin, nice to meat you

There was an epic selection in the Sunday carvery starter before we even got to the main player but when we did, we really did. You know that moment in cheesy romantic films where the two main characters catch each others eye and there is that moment of lovey dovey cringe? Well, that was us except not with each other but with the magic meats on show. I swear one of those chickens smiled at me but I will never know now as I eat the lot. Along with chicken, gammon and beef that Scott made clear he preferred over my cooked beef, there was a number of gorgeous accompaniments. Roast tatties, mash, stuffing, kilted sausages, lots of veggies and is it possible to be proud of cauliflower cheese? 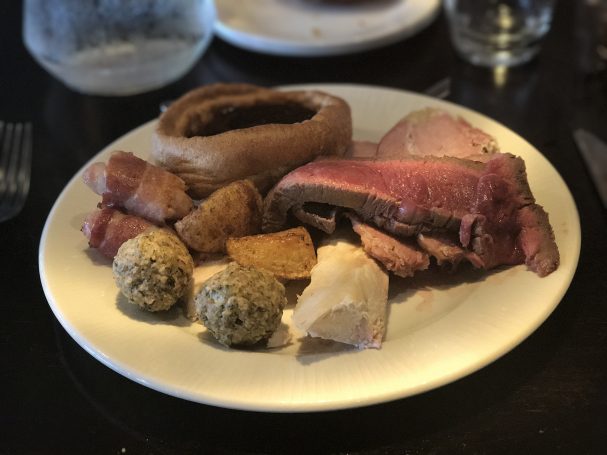 I am actually a little bit emotional knowing that I have not found a carvery to match this in Aberdeen but then we will be spending a lot more time in Edinburgh so the Village is just going to have to take us back!

We had Brogan, a cracking waitress looking after us during our carvery. She also served us breakfast in the morning so either she works too much or we eat too much. Either way, she served us up a saga on both occasions and we really appreciate people who look after us when we are tired (hungover).

We will never dessert you, love the Carb-dashians (I’m laughing in my head)

There was a cute little corner with a selection of fruits, chocolate cakes and waffles with a hundred thousand different toppings, literally hundreds and thousands… along with cream and sauces. They had the same lamp that we have at home at the dessert corner so either they have stole our lamp or they wanted us to feel at home. Seeing as my diet doesn’t start till tomorrow and even then I am not convinced, I was happy to be at home in the dessert corner. 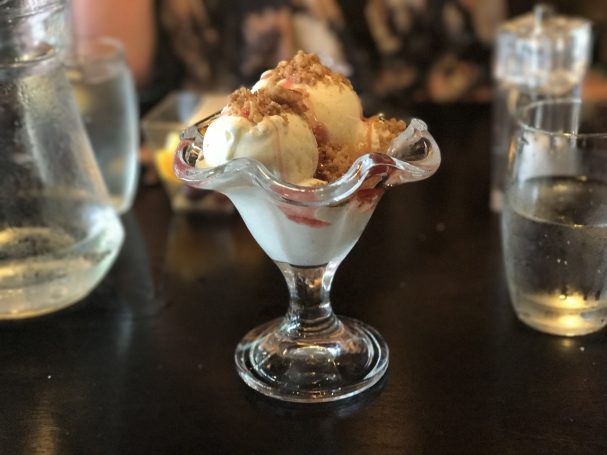 Unfortunately we arrived late to the carvery and due to this, all of the scroungers before us had cleared the apple crumble. I am a girl who loves apple crumble so the staff went out of their way to put crumble on my ice cream and apples are fruit and fruits are for Mondays so I’m not crying. The couple next to us managed to grab one of the last slices and rubbed in that it was lovely, cheers guys.

As I mentioned earlier, it is rare to come across a carvery with such a wide selection of starters, mains and puddings. If a restaurant can put on a carvery with so many choices and nail every single option then they have some serious respect in my books as there wasn’t a dry tattie in sight. I know the difficulty in cooking a Sunday lunch which is why I don’t, I go to the Village Grill.

Grills just want to have fun

We would like to extend a big thanks to Barry, Brogan and the rest of their charming team who looked after us through our Village Carvery experience. We will tell of your taste to the land, next time save me at least half a tray of apple crumble because I am all over that.

Our Sunday Carvery was complimentary because they seen me crying about my hangover in the hall and obviously felt very sorry for me. This never happened but we did go free and as usual my opinions are funny, relevant and nobody else is getting them. Table for next Sunday please?