The Teasmith Gin – Putting the TEA in G&T

There is nothing better than coming in from the elements to a nice, homely cup of tea. But what if that tea was mixed devilishly with a tasty kick of gin? You heard me right my friends. I will finally be telling the (almost) complete truth when I say ”of course it’s tea, come on it’s Tuesday, do you think I am some sort of wild animal…?!” Scotland is knocking out batch gins left, right and centre (I would know, I keep receiving them in the post, my postman rarely sees me sober these days) but who needs plain old epic Scottish gin when you can have tea in your epic Scottish Gin? Combining my mornings cuppa’ with my evenings sippa’ is the one and only *drum roll…* Teasmith Gin. 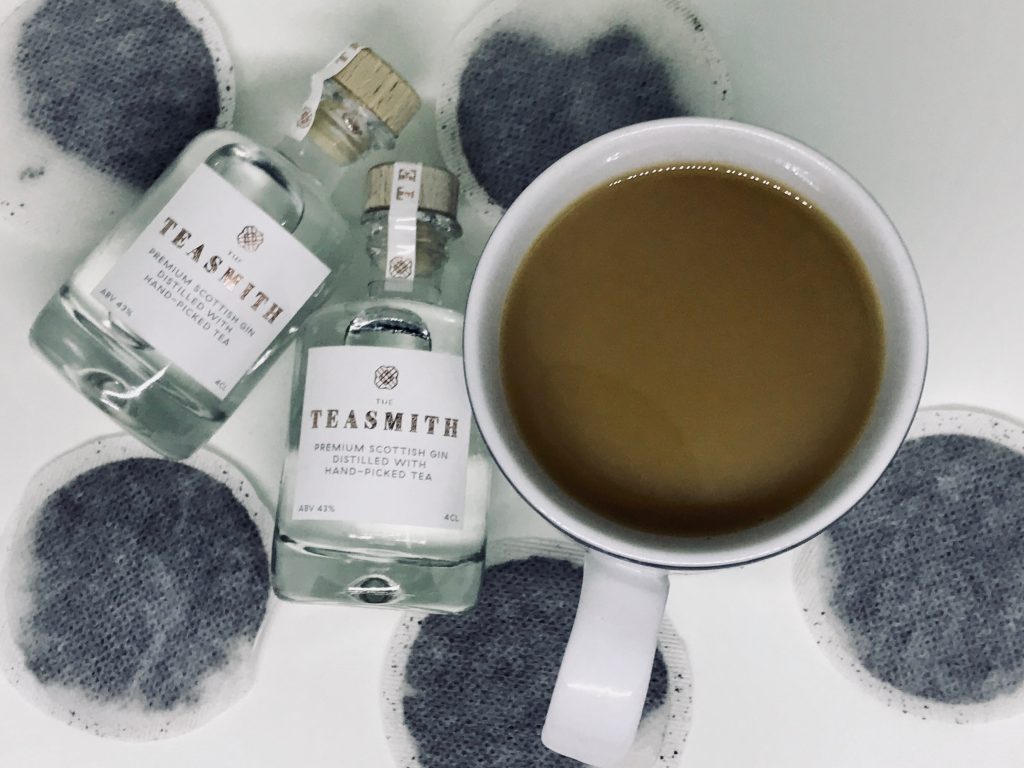 The Teasmith Gin is an affa bonnie brand from none other than our own wee Aberdeenshire. It was about time someone really put the TEA in G & T and we say fair play.

I didn’t really expect Aberdeen to have any particularly ‘strong’ caffeinated connections but it is amazing what you can find out when someone tells you. Let me take you on a magical journey through time, all the way from the North East to the Far East. Hold on tight my pals – this is pretty ginspiring stuff.

Aberdeen Harbour is notable for its fancy ferries and its big boats bound for oil and glory. This wasn’t always the craic. Once upon a time, Aberdeen Harbour was a busy shipbuilding port constructing tea-clippers that assisted in establishing trade relationships with the Far East. But what the HEY is a tea-clipper? A clipper is a large, nippy shippy that looks a little like a pirates galleon ship. Clippers were very popular in the 19th century for transporting tea and coffee. This isn’t even close to being half the story, Aberdonians are so bloomin’ multi-talented. 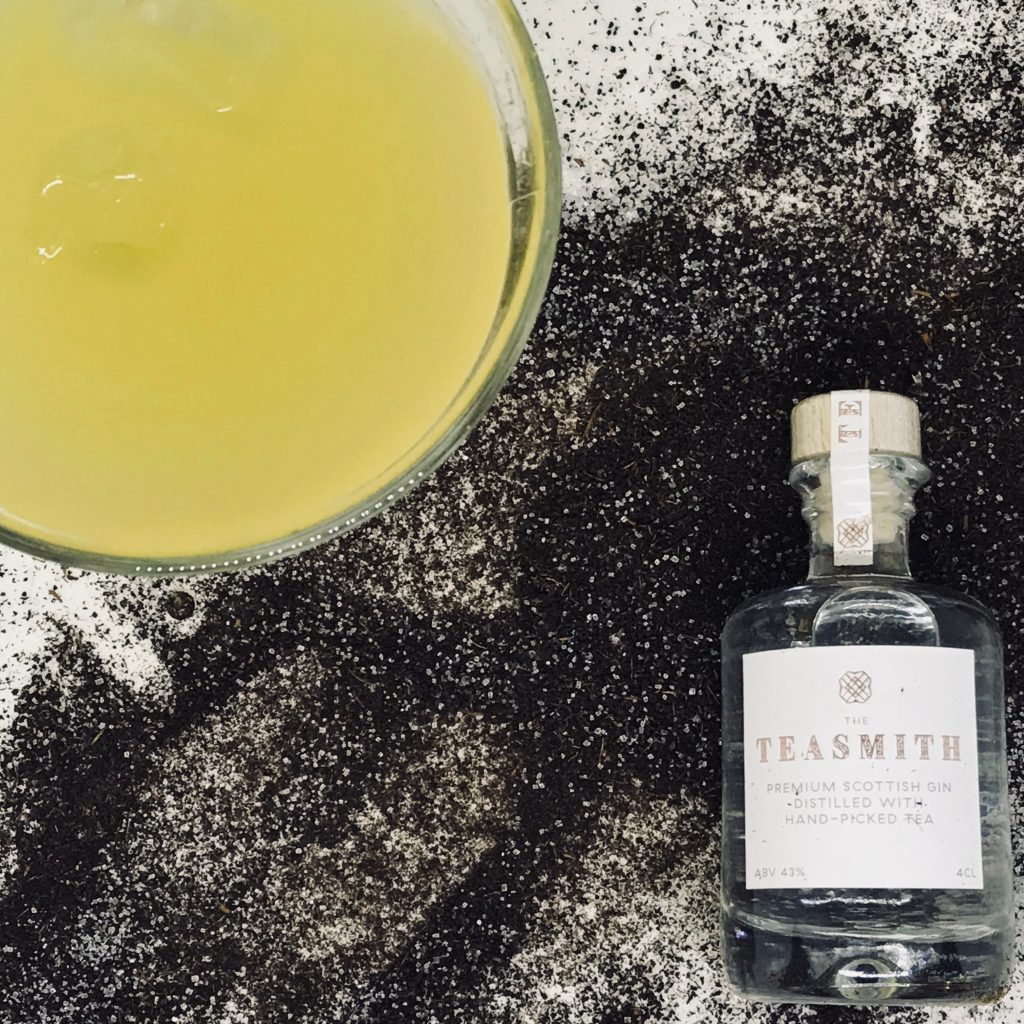 I feel like this guy deserves a bigger entrance so I am going to tell you all about the master-man before I tell you who he is. Clue, he doesn’t play darts. The Teasmith in question came from a teeny-wee Aberdeenshire village called Auchenblae. Auchenblae isn’t very well known but for tourists sake, they should really be decking the place out with Taylor tea tartan. Why not play on your famous people? Scotland has done it for years.

So the Teasmith was a bit of a globetrotter and so he travelled all the way from Aberdeen to Sri Lanka. Hats off to the bloke for making such a journey 150 years ago. Conditions aboard ship likely weren’t the bonniest and baby wipes were probably few and far between. At the time, Sri Lanka (or British Ceylon) was a coffee growing island. A whole island, dedicated to coffee… Their workers must of been seriously on the ball. Unfortunately, the crop was being eaten alive but crop plague. What ya going to do when the coffees down? Start talking tea…

Enter… James Taylor from Auchenblae, an Aberdonian man with a Might-tea plan. He cleared a 19-acres and created the first ever commercial tea plantation on the island. It was such a hit that the island soon ditched the dodgy coffee and went totally tea. Move along, nothing to tea here… To this day James Taylor is revered as the ‘Father of Ceylon Tea.’ So Ceylon tea is pretty much Aberdonian? Probably my favourite gin story to date.

The legends at The Teasmith found this epic story and decided that there ain’t no gin like a Teasmith gin. They worked very closely with a certain Mr Tea to find a very special black Ceylon tea that is hand-picked and hand-rolled in a similar way to how Taylor would have made his batch 150 years ago. I can only hope that someone will make a gin in 150 years named the Blogsmith or all this was for nothing. 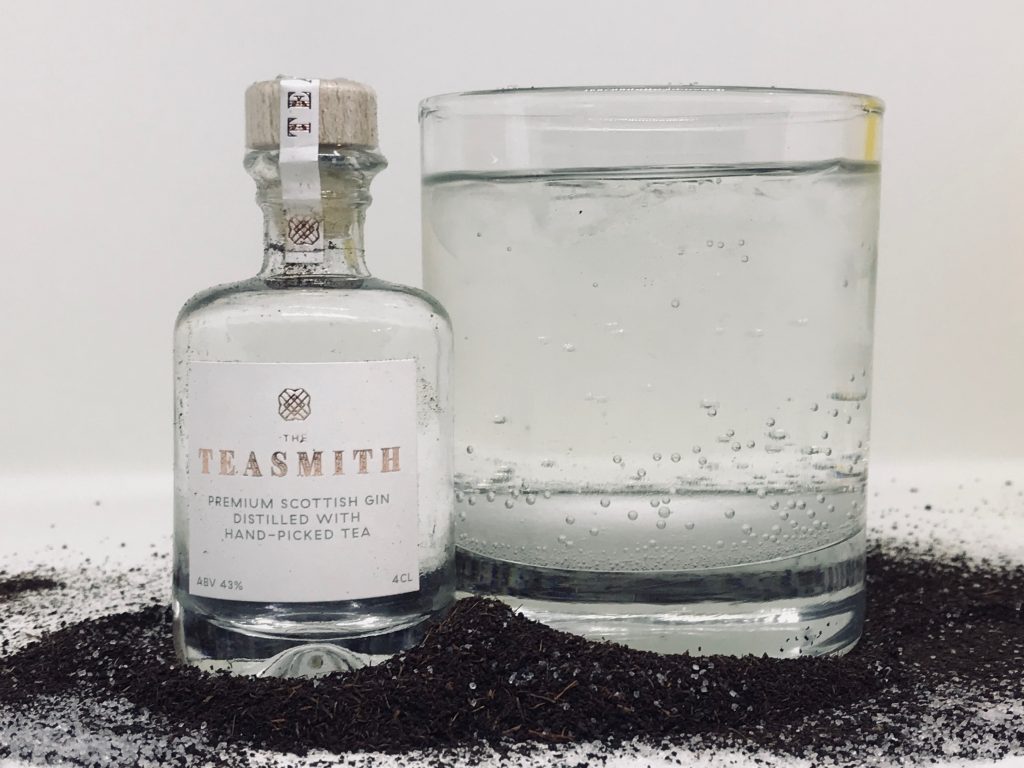 Now you’ve been blown away by the back-story, It’s time to find out what we really thought of the Teasmith tipple. I know it sounds like a massive first world problem but I have been trying to drink gin for weeks. We have been SO busy and although I needed gin most days, I was literally falling asleep over my noodles. Thankfully, Scotland was hit by ‘really cold weather’ which put most of the country into a frenzy? Stuff got real and most people went out to buy 6 loafs. This meant I had to cancel all of my meetings (why risk it?) meaning I was stuck in the house, in my pyjamas, drinking gin. Self-employed or self-help, you decide. 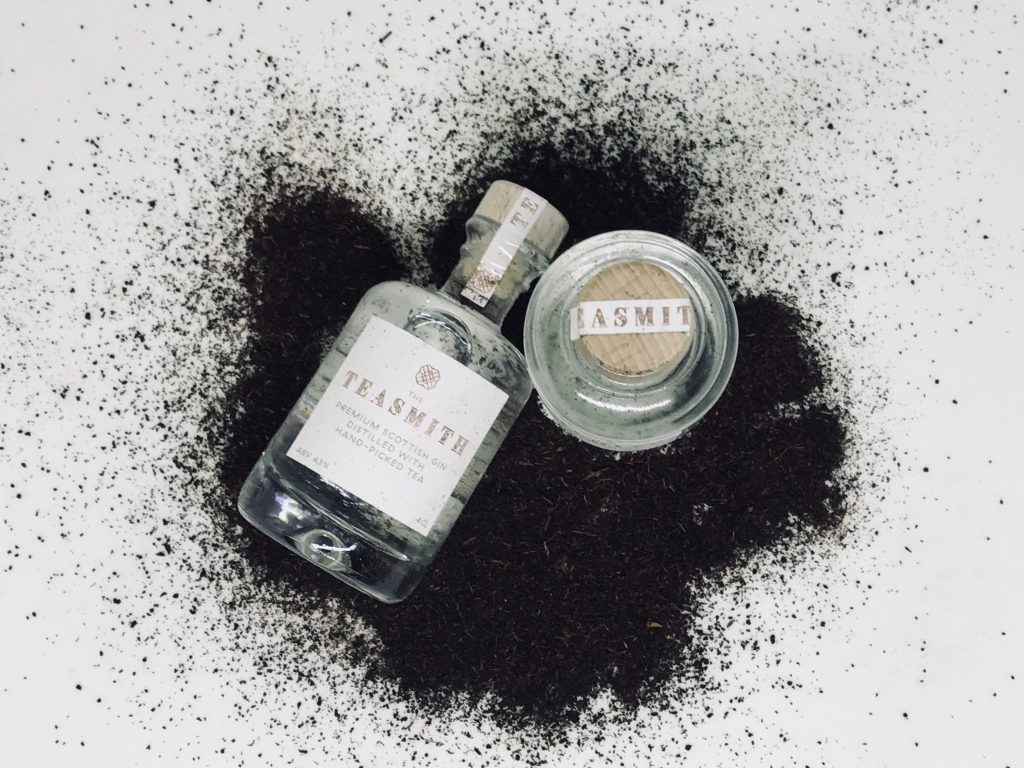 I guess the most important question is does it taste like tea? I am delighted to tell you that yes, yes it does. It smells like tea as well. Not like standard Tetley tea because this is fancy black Ceylon tea that most of us never get the chance to try. The Teasmith is very light on the senses and I think a very good starting point for the lesser-practiced gin drinker. However, I am an old-faithful and I would be quite happy sipping this gin to either put a little warmth in my tummy during the colder months or to cool me down in the Summer. It’s amazing the excuses I can come up with.

The Teasmith Gin is sweet, slightly minty and very (VERY) easy to drink. The noticeably sweet finish is another reason why I would suggest it to those who are still finding their feet in the gin craze as there is literally no bitter after taste. Scott is very particular on gins, as he is more of a whisky fella and he found this one very (VERY) easy to drink. We both did, hence why I can’t remember what I was going to put at the end of this article… 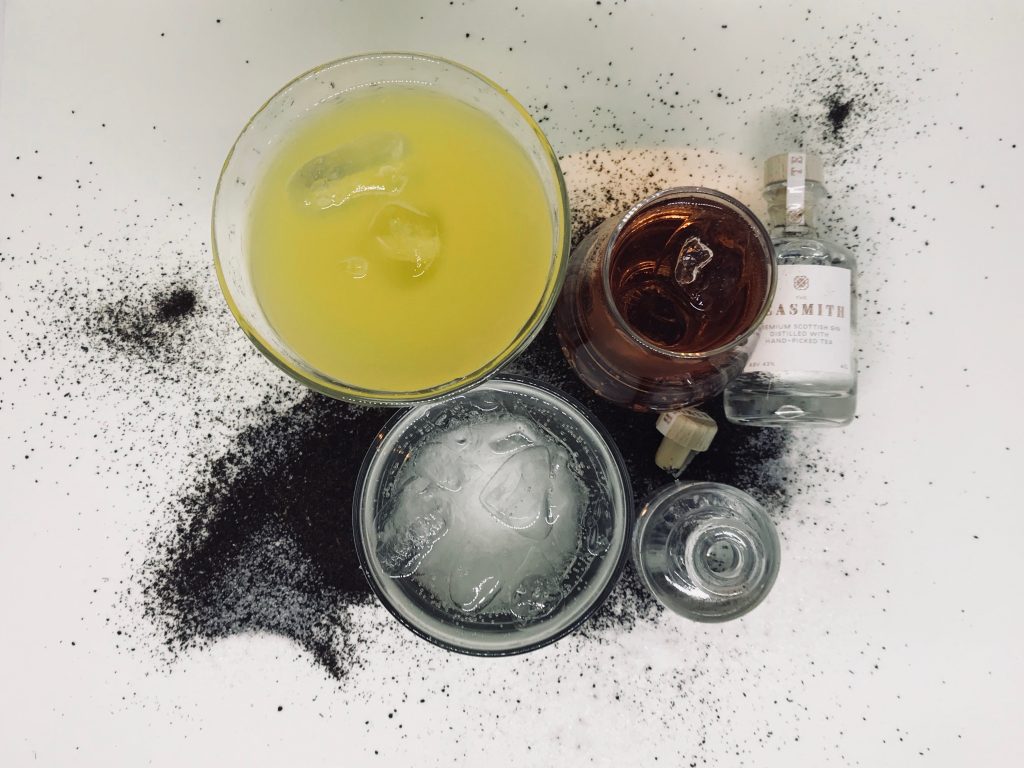 You can drink the Teasmith Gin in whichever way your little heart desires. It is best served straight up with Fever Tree Tonic Water, lots of ice and some fresh mint. I usually like my gin with lemonade, especially if it is a sweeter one as I have a very sweet tooth. However we at The Aye Life were feeling a little more adventurous when we had our Teasmith grand tasting. Here are some of the cocktails we thought would be worth a little go. Highly recommend folks.

BEST SERVED: Add all of the ingredients except the soda water to a cocktail shaker. Mix em up, shake em about. Tip them into a glass with ice cubes and top up with soda water.

BEST SERVED: Why mess around?  Add gin and angostura to a mixing glass, filled with ice. Stir gently for 20 seconds to allow the glass to chill before straining into a cocktail glass. Add optional lemon garnish.

Oh I do like to be beside the tea-side.