The Crusoe Hotel, Lower Largo: Be Still My Mermaid Heart

I’m just over here pure buzzing to introduce you to one of the finest hidden gems in Scotland, The Crusoe Hotel in Lower Largo, Fife. I about melted when we checked in (I’ll come onto that, just wait!). I couldn’t even draw a hotel that sits as well with me as The Crusoe. Like, I’m not okay. 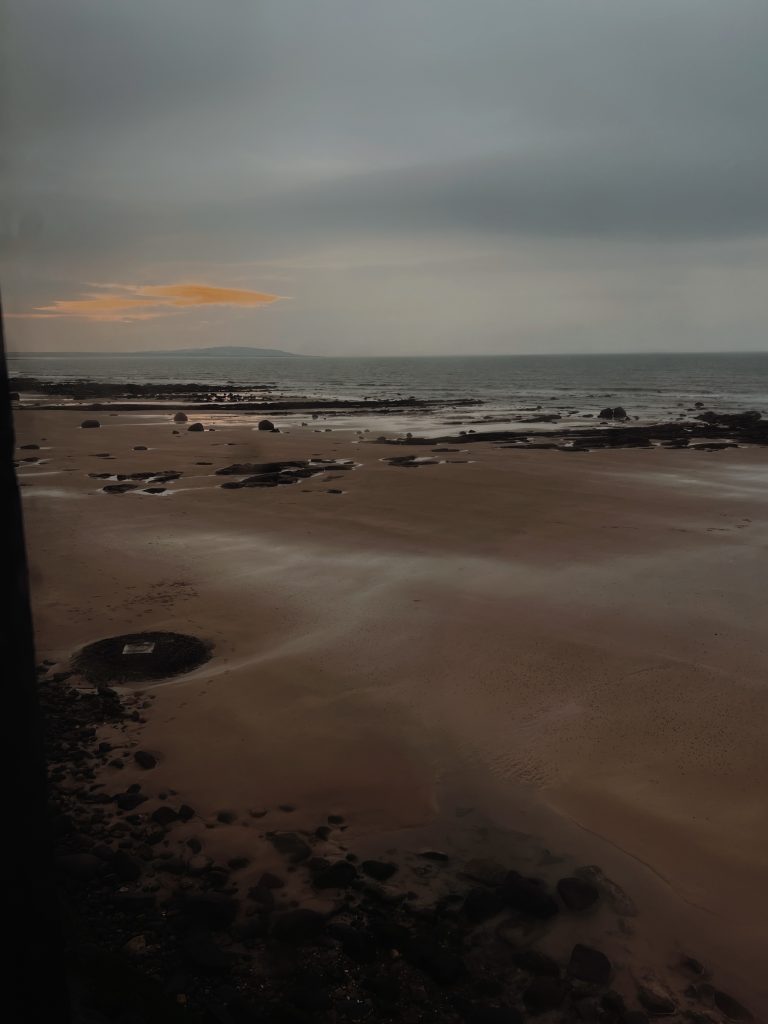 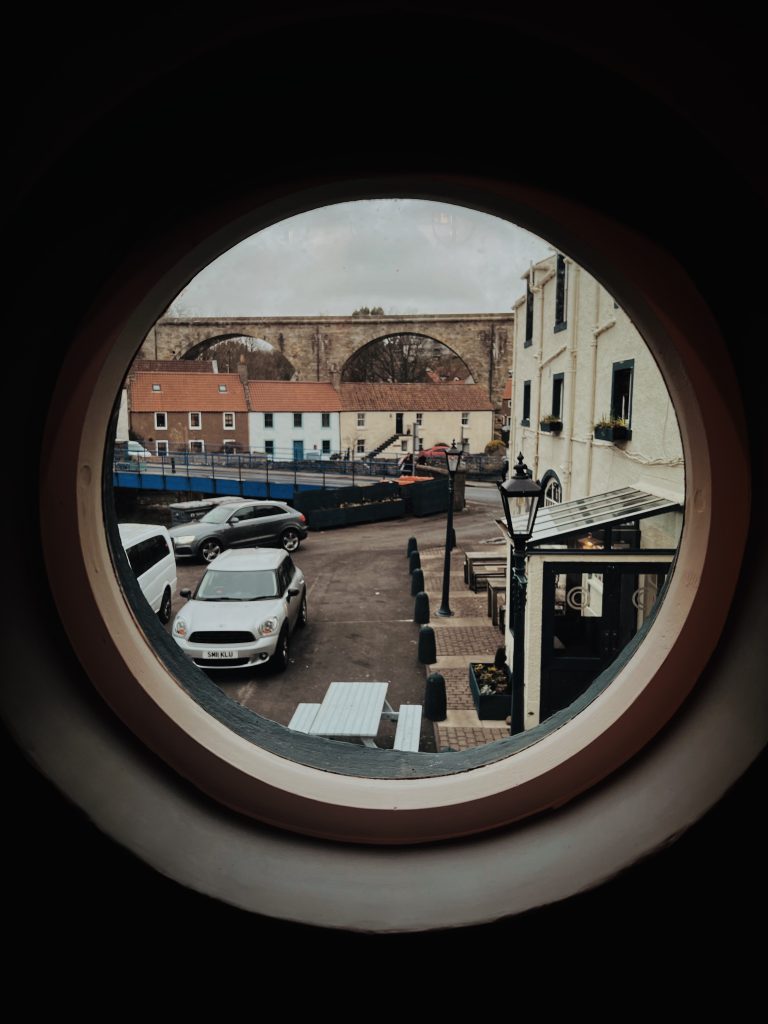 If you love the sea, tides, the coast, epic Scottish food and a wee bit of a pirate’s charm, read on. But like, pfft, I won’t do it justice no matter what I say. The Crusoe needs to be experienced. It’s so cool me’hearties. I just loved this Scottish coastal hotel so much! 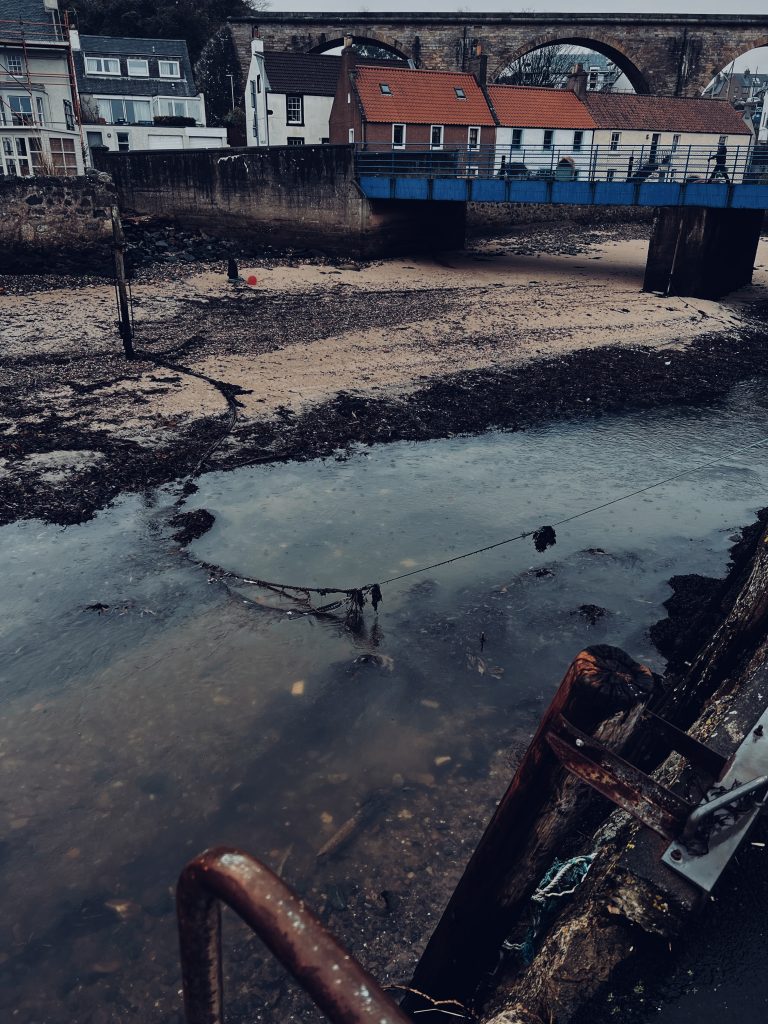 I’ll be honest, I hadn’t even heard of Lower Largo. Or Upper Largo. But I had heard of Largo, which makes no sense. But wow, I’m glad I hadn’t heard of it, because what a fabulous wee surprise that was. We rolled down the hill from Upper Largo (funnily enough) into Lower Largo (state the obvious, I know) and The Crusoe Hotel was perched on the pier looking like it had been blown in from the sea. Perfectly intact but like, a wee bit blown about. 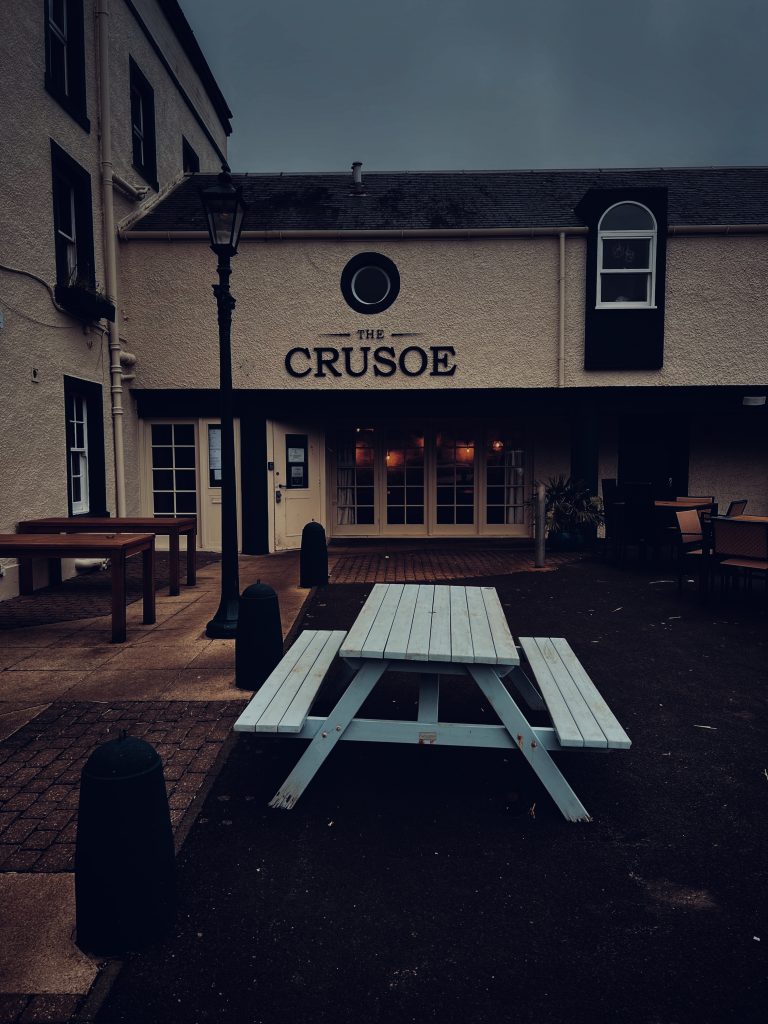 The hotel and the location had a right Pirates of the Caribbean feel about it (the first one because those films went a bit hooliganooloo after that didn’t it?). You know the scene where Captain Jack steps off that sinking boat onto that pier and it’s all kinda fancy but also, *piratey.* That is The Crusoe Hotel. But add a stormy high tide and angry skies. I mean, yes. Just, yes. We didn’t experience The Crusoe in glorious sunshine, it was quite stormy during our visit, but that just added to the raw appeal of this place.

The Best Hotel Check-In In Scotland 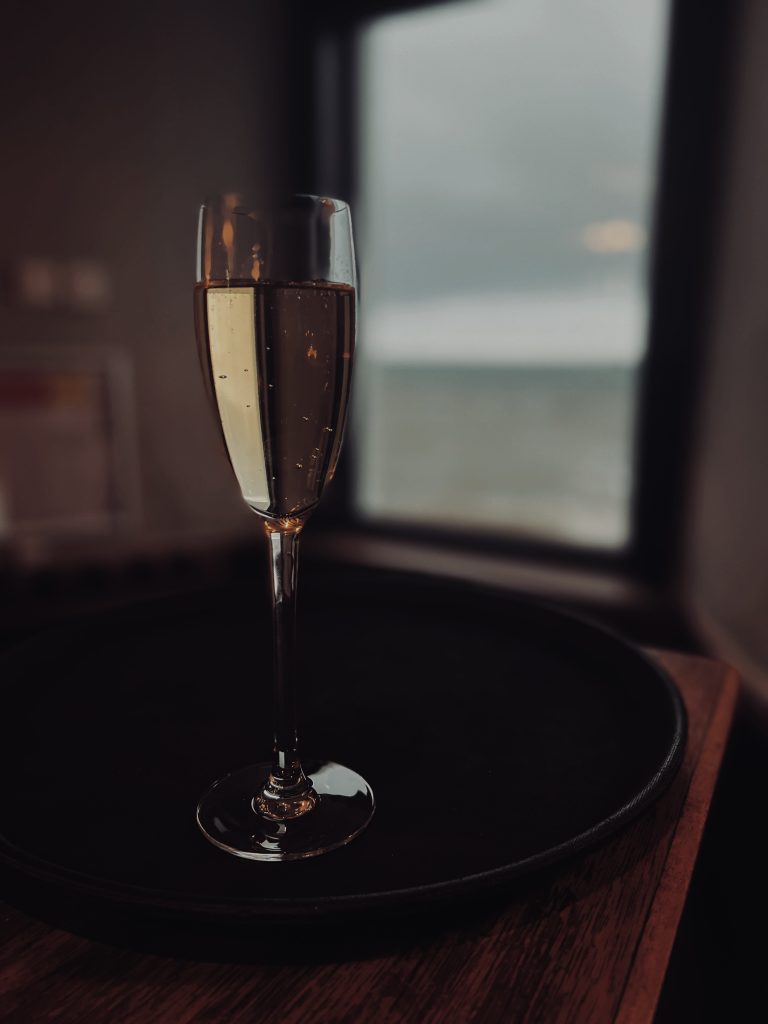 We parked Van Heilan at the edge of the pier (like it’s not our house or anything) and headed for reception, in two trips because we had both of our dogs with us. The reception area has a storm window! Like, because the hotel is literally on the beach (the wall of the hotel goes right down to the shore), the hotel basically kisses the tide. So when there’s a high tide, the tide literally smacks the hotel. It’s frickin awesome! I mean, I was struggling even saying my name at this point. I LOVE THE SEA. I love waves, tides, sealife and stormy seas. So this was my idea of heaven. 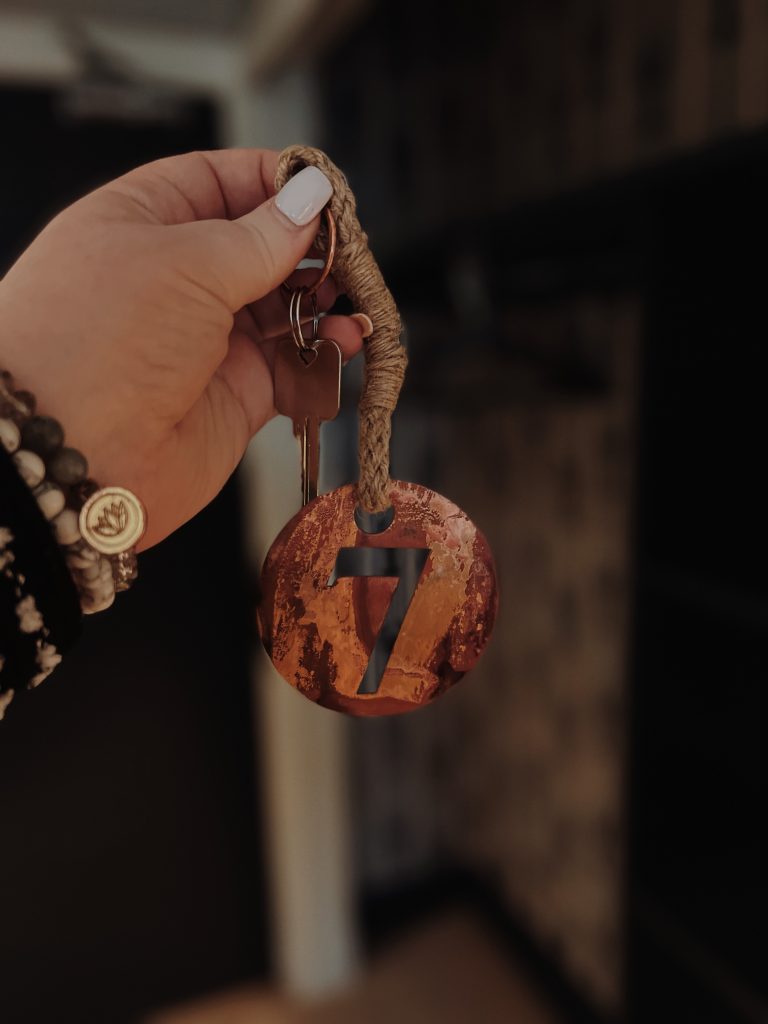 Honestly, at this point, I’m basically quitting my job to become a receptionist at The Crusoe. Although, I’d be such a craaaaap receptionist with that view. The current receptionist (my competition) only managed to take me away from my villain stare over the waves whilst plotting mutiny, by offering me a glass of champagne. Which, I mean, I basically checked out of life and into my best sea shanty dreams for a night. 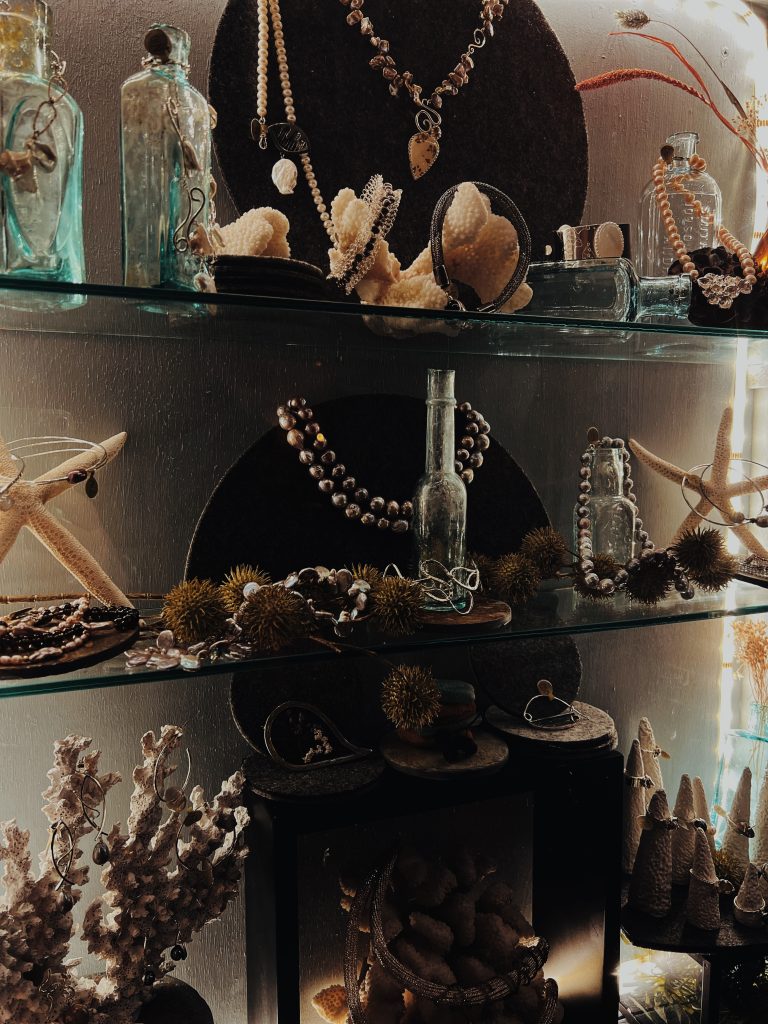 There was also a display cabinet in the reception featuring sea-themed jewellery. I couldn’t draw a better check-in. Like, waaaah I’m crying. 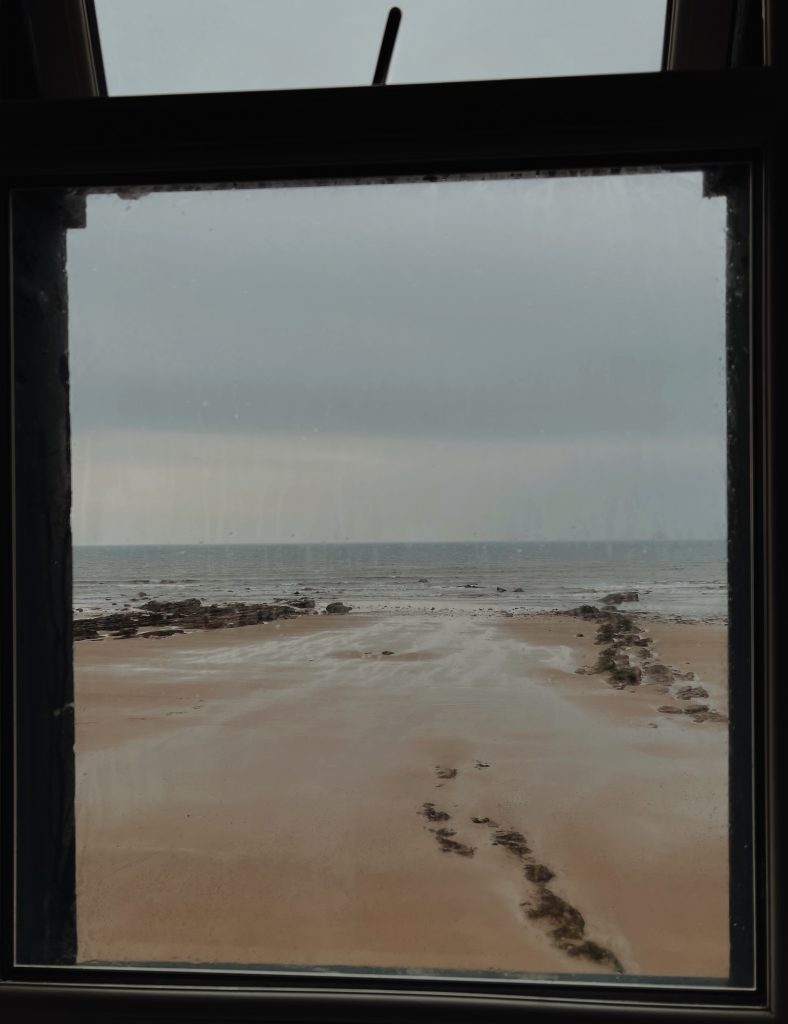 The Crusoe Hotel was recently bought and has since undergone epic renovations. 7 of the rooms and 1 of the Pier Suites are now finished but The Crusoe will soon be gifting us with even more beautiful coastal boudoirs. Our room was so lovely. The colours were nautical but not in your face and the wallpaper in the wardrobe was literally lobsters. I’m still not okay. 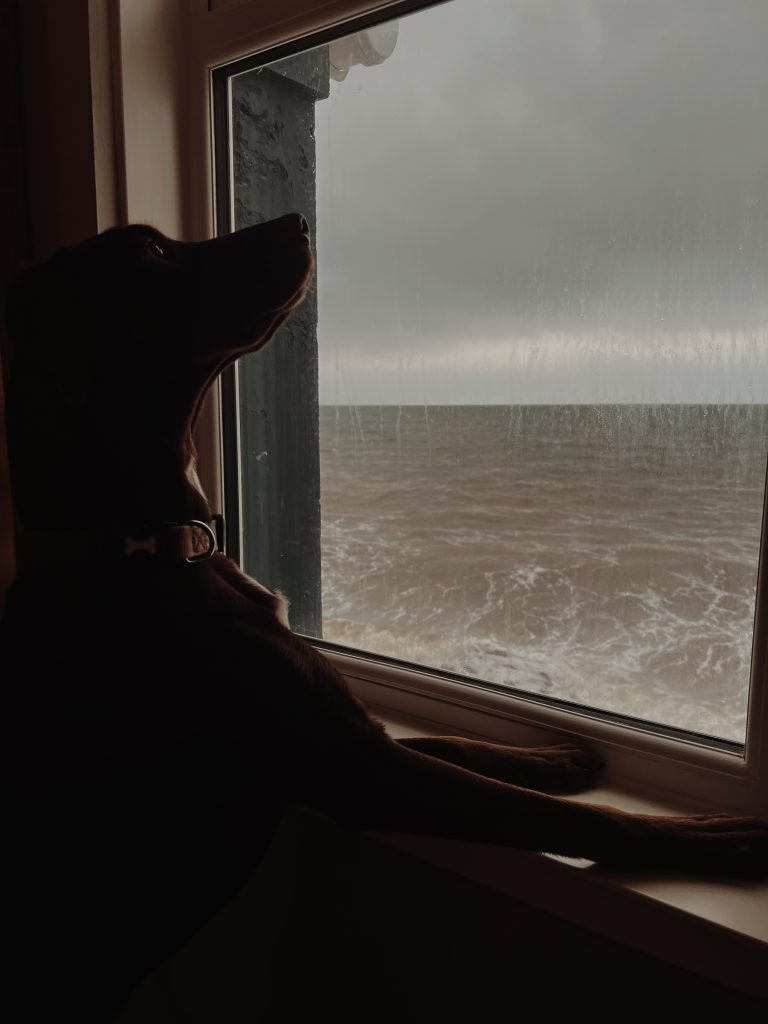 The bed was a super king and super comfy but really, and I mean really, I just moved in by the window. Scott kept quacking at me and to this day, I have no idea what he was saying. I was too busy watching my ship and crew safely make it back into anchor. 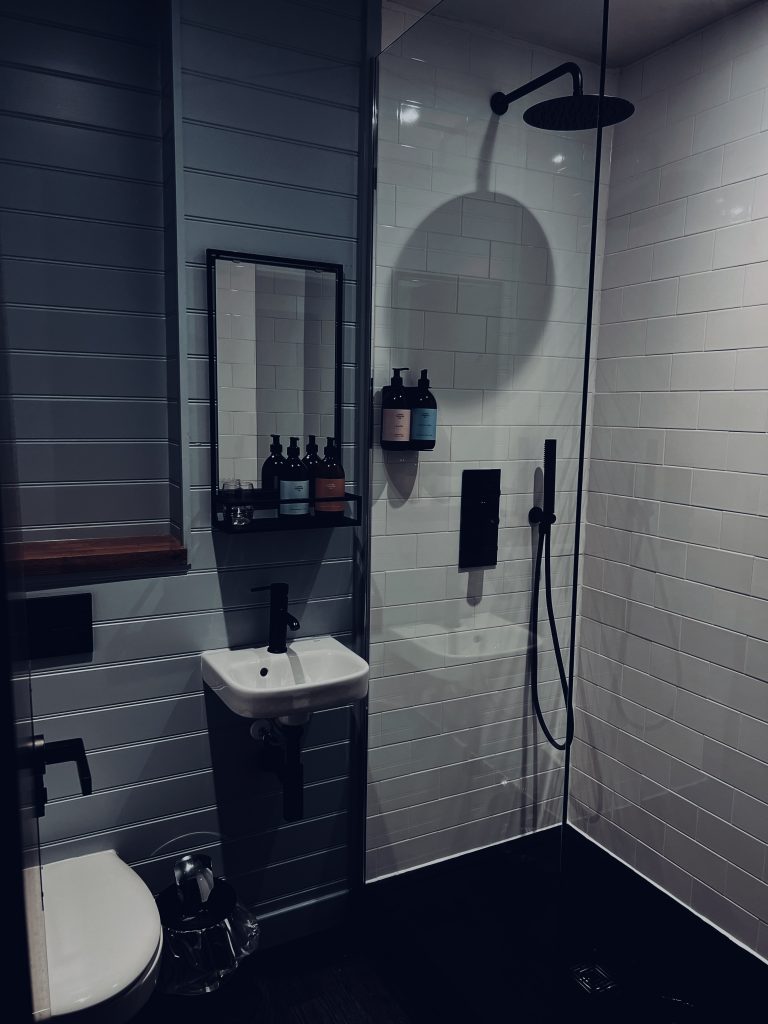 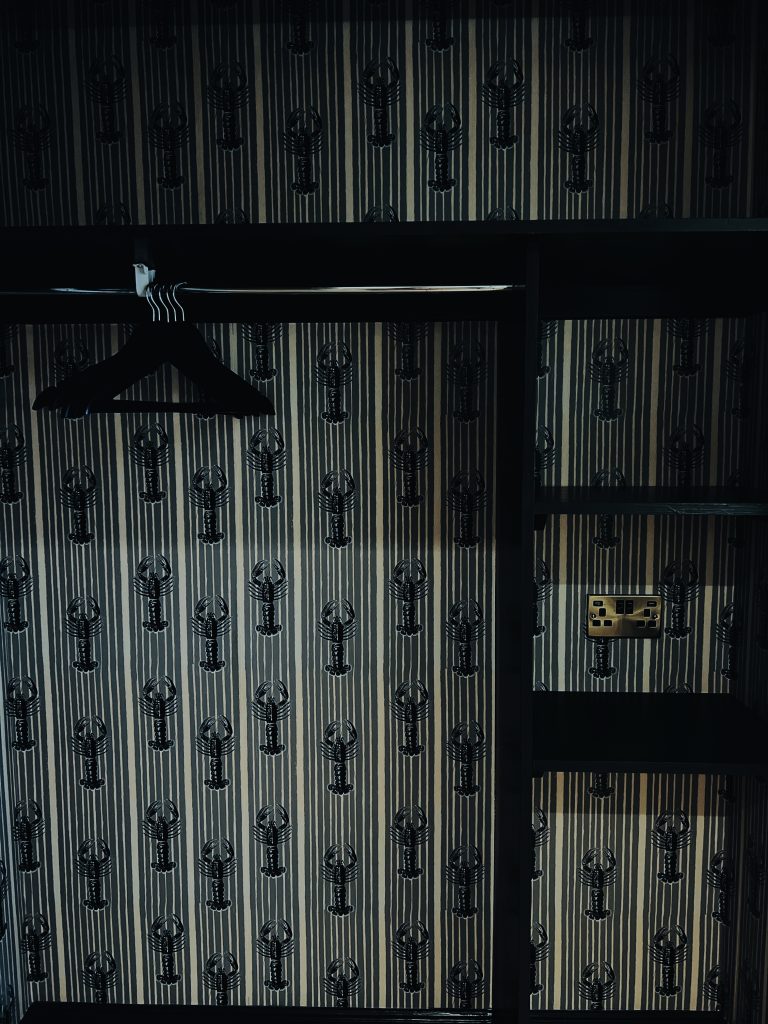 P.S. You know how I said back there about there being a Pier Suite? Well, I haven’t been in it, but from the photos, it is OUTRAGEOUS. So I am going back. In fact, consider me a Crusoe Ambassador now. I am in so many flavours of love with this hotel. It’s not even a hotel, it’s a destination. For the fabulous coastal experience yes, but also because… the food. The duck… The Marmalade Mojito. Yes, those are tears. Mermaid tears.

Fine Dining at The Crusoe Hotel 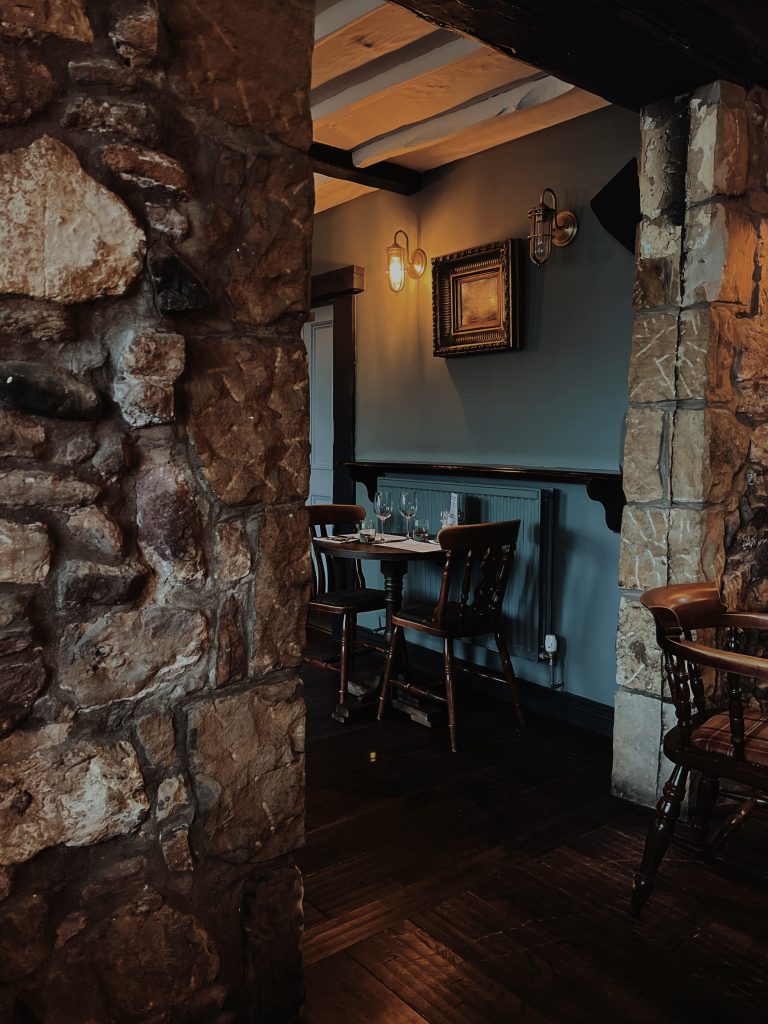 Shhhhhhheeeeeeesh. This Scottish foodie destination hit the mark on all fronts but we need to take a hot minute for the food. We had crispy squid on the table as a nibble. A nibble. Usually, bread is a nibble. But crispy squid my friends. 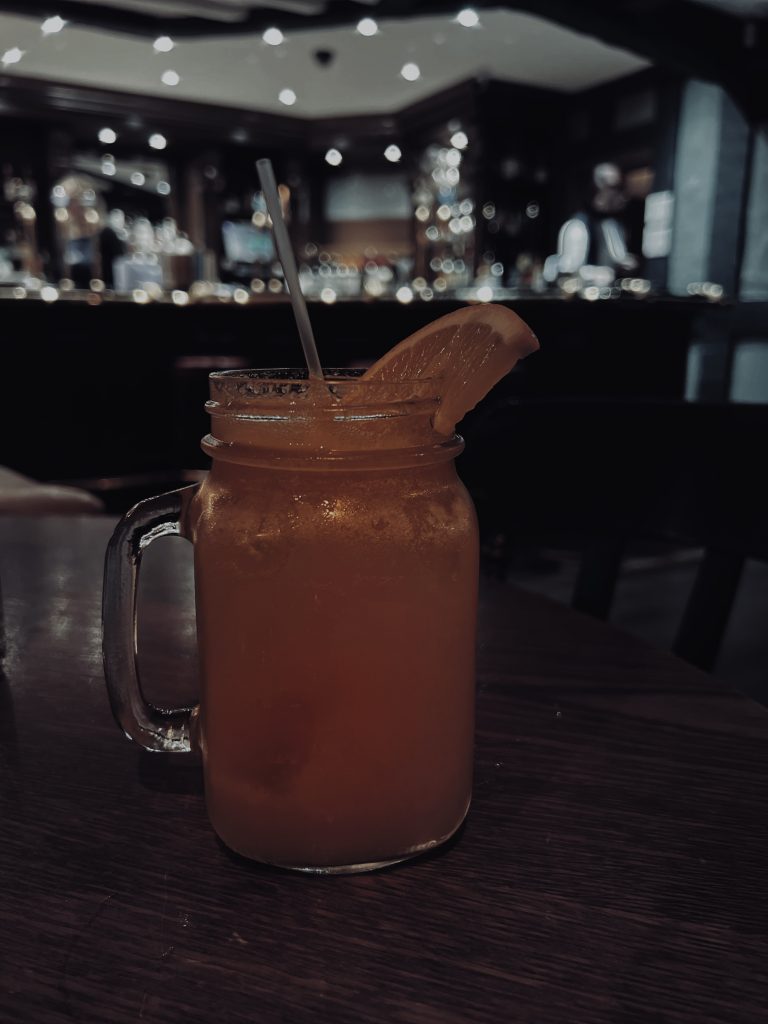 Paired with a Marmalade Mojito featuring Kraken rum (RUM, RUM TIL I FLOAT). The Crusoe spoke to me. 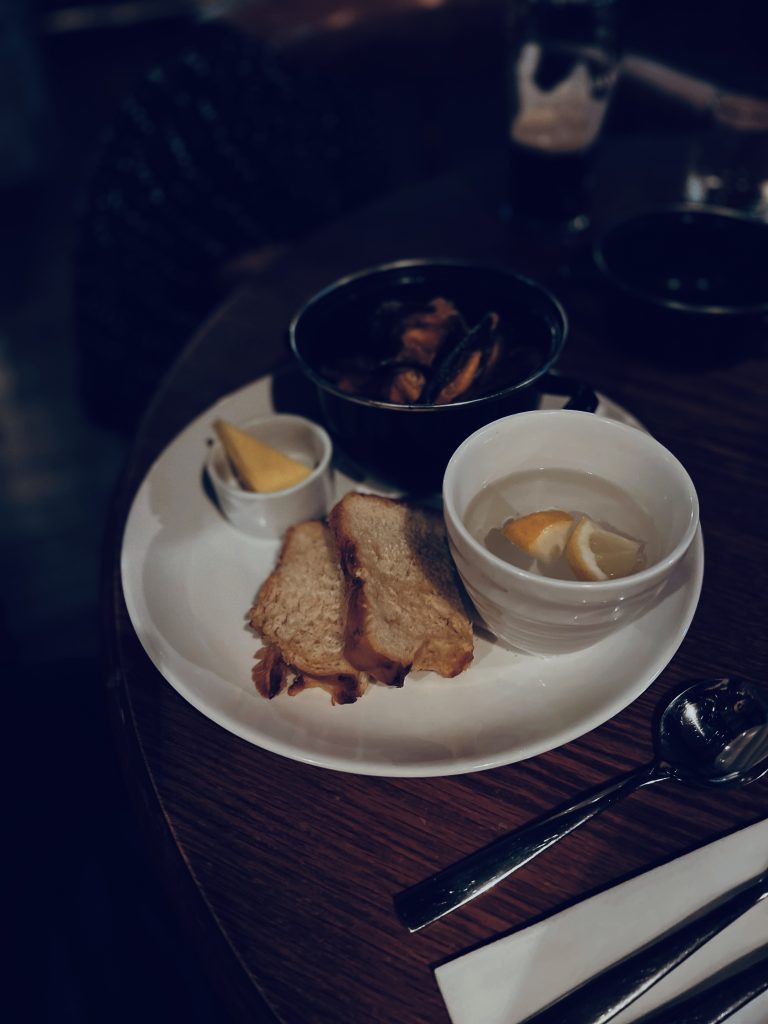 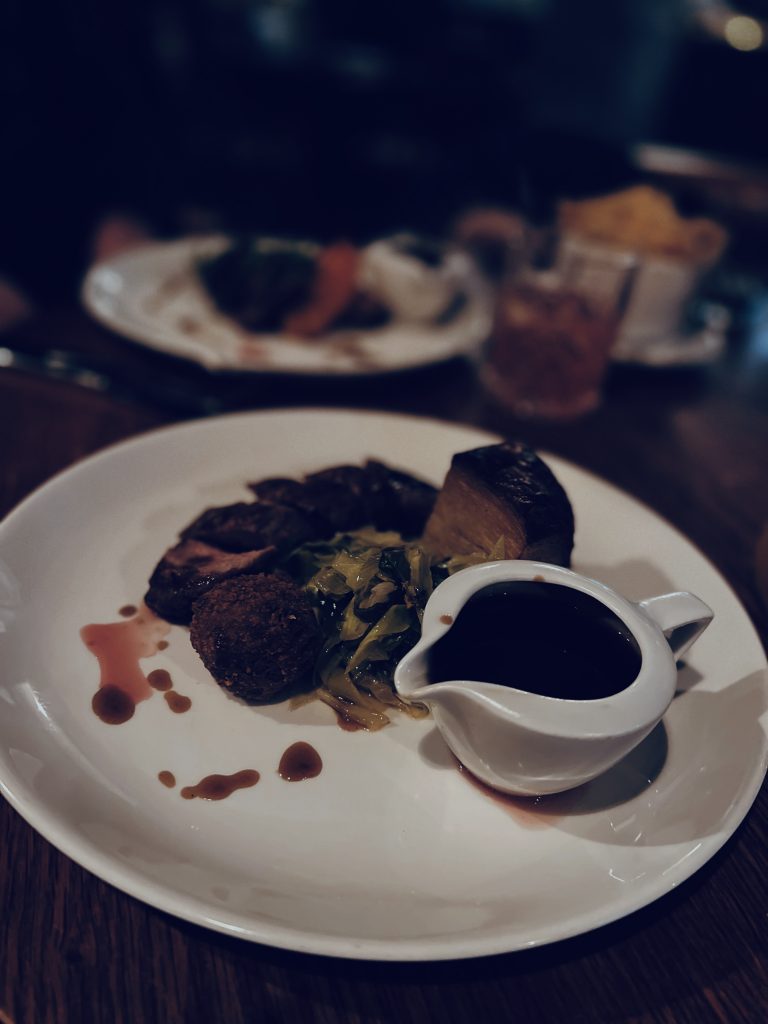 The restaurant (they’re building a second one) is cosy, pubby and almost unassuming. So when the quality of dishes smacks you in the puffin, you’re speechless. Yaaaay, I am on the team. 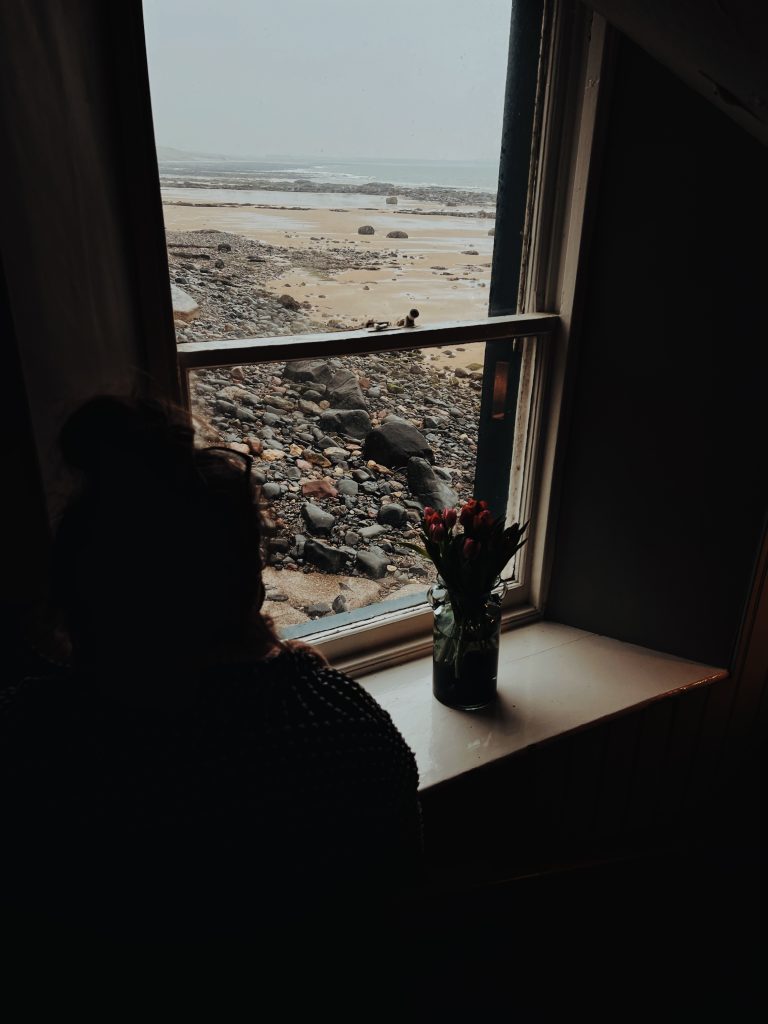 We followed up the best check-in, a crackin dinner, a coorie nights sleep and a morning low tide view out the window with a belter of a Scottish breakfast. 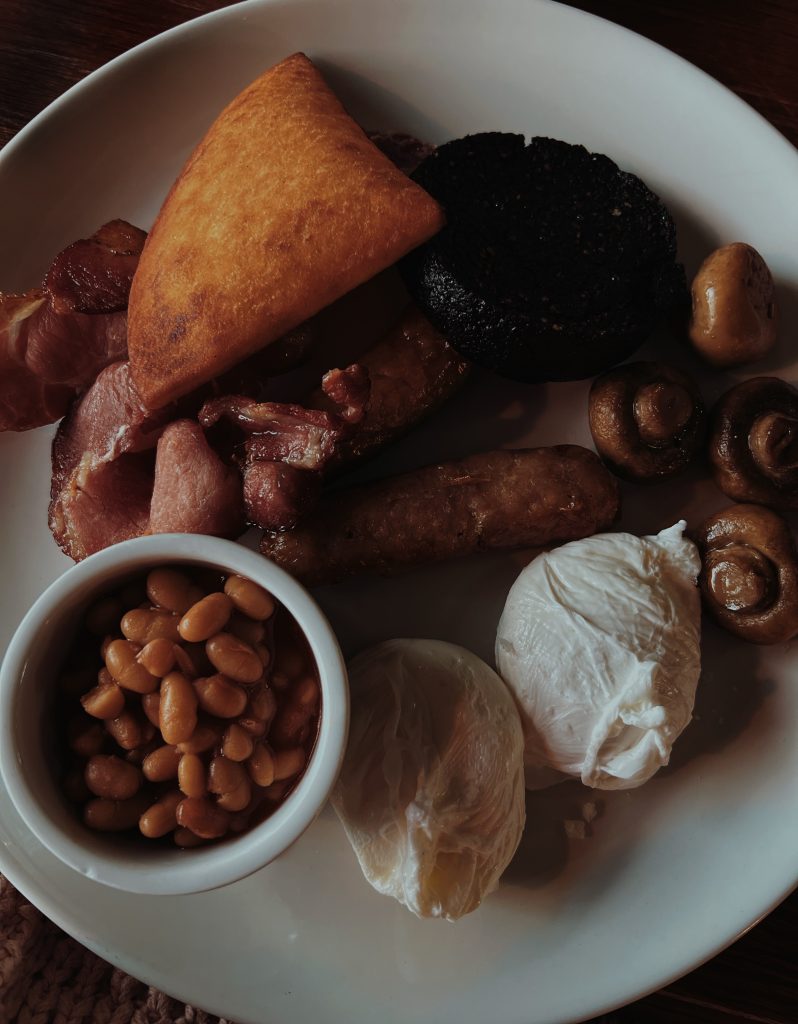 The atmosphere and coastal vibes at this fabulous hotel in Fife are wow and the support for local and Scottish producers isn’t far behind. In fact, once this hotel has had its full renovation (even though we seen literally none of the parts that were being renovated) and the new restaurant is open, amongst the final rooms and suites, this is going to be one heck of a destination hotel. I’m absolutely delighted to have experienced it now, and cannot wait to see what The Crusoe’s adventure looks like.

Book your own nautical seaside getaway and definitely order a marmalade mojito, you’ll thank me later.

Have a wee look at our website for more Scottish adventures and quirky accommodation.