Firstly, I bloody love the Dores Inn. A lot of my family come from Dores, so I have some fairly fond memories of the wee village by Loch Ness. With its brilliant location, bonnie beach, and well, direct access to Nessies’ waters, the Dores Inn has just about everything going for it. Scott and I have been back a few times in recent years, with and without our two doggos, and each time has been a hit. The food is simple and classic, but most importantly, tasty.

Lunch by the Loch

Inside, the Dores Inn is cosy and cute. Can I call it “nooky?” cause it’s kind of just one big wee nook. The bar is dog friendly but we always have the dogs outside if there’s an option. Not cause they are terror chickens (they aren’t too bad), but because Scott will sit through his food with permanent fear that they’re going to cause a ruckus. They never do. But it doesn’t stop Scott thinking they will. And that kind of stress catches. 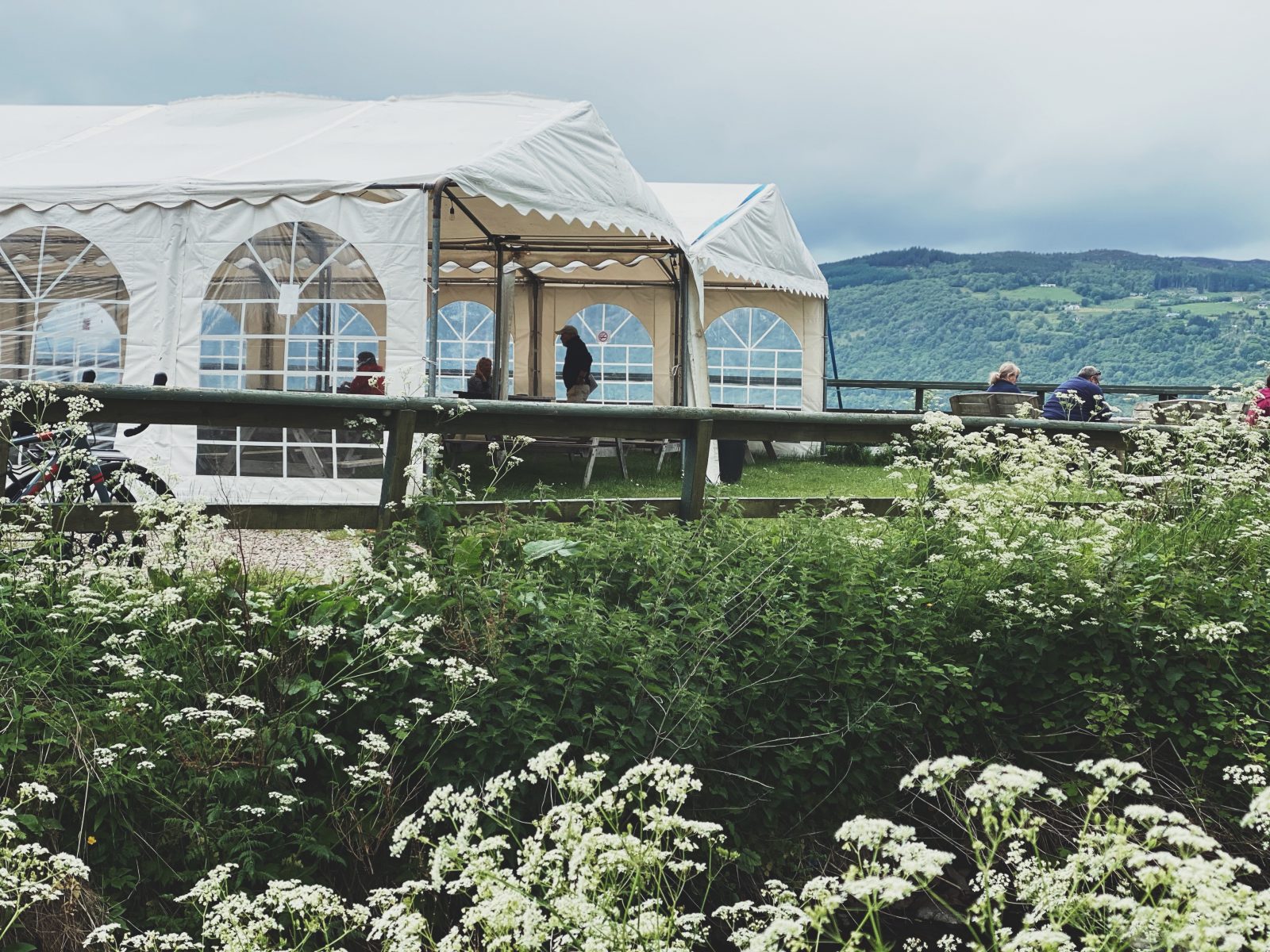 When we have visited without the dogs, we’ve eaten through in the restaurant which is just lovely, and inherently Scottish. I actually went to a clan gathering at the Dores Inn once. The Clan MacLennan are my mum’s side of the family and it was a “once in a blue moon” kind of thing. I wish I could go to Clan Gatherings more often because they’re wild and brilliant. 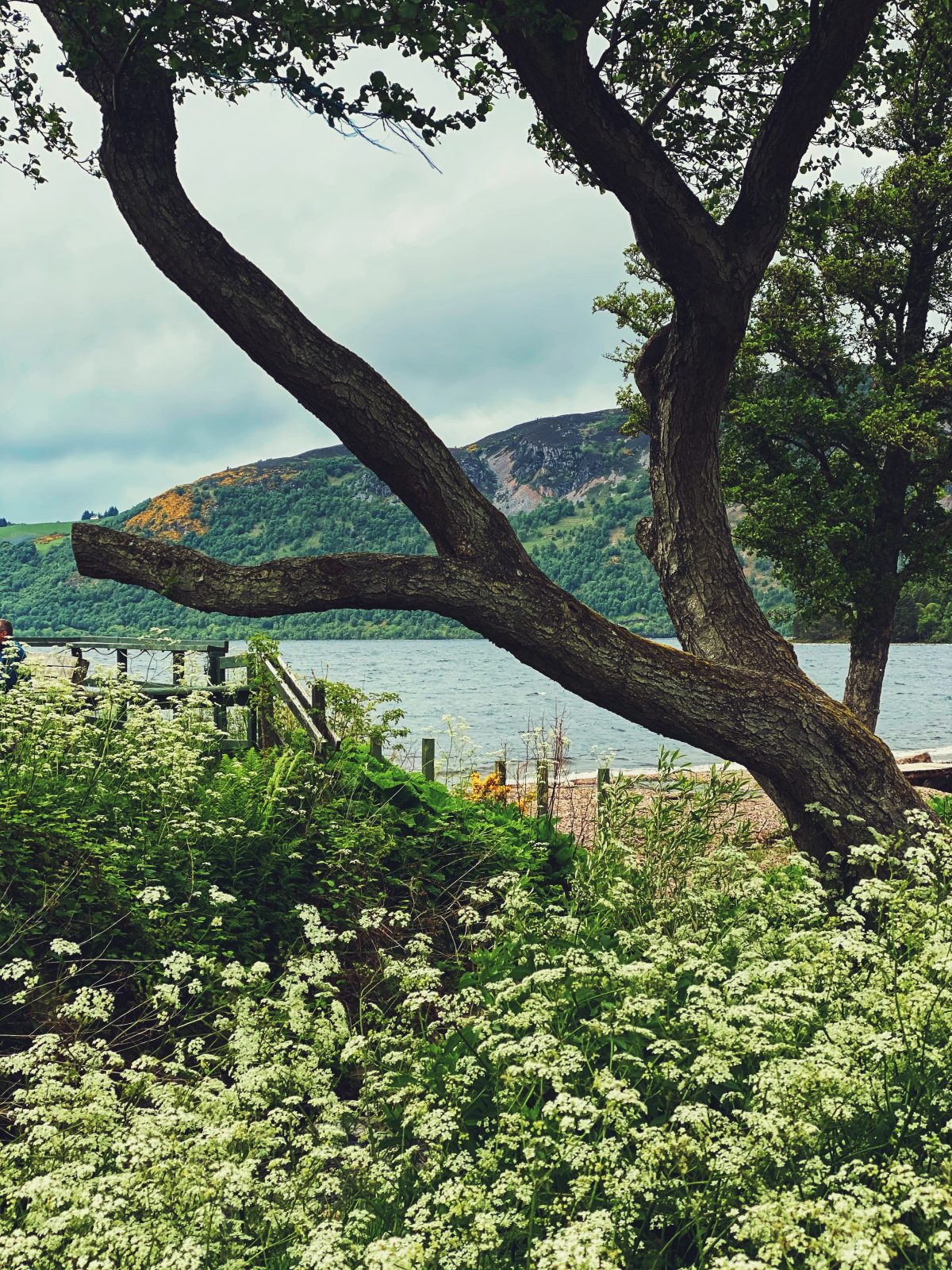 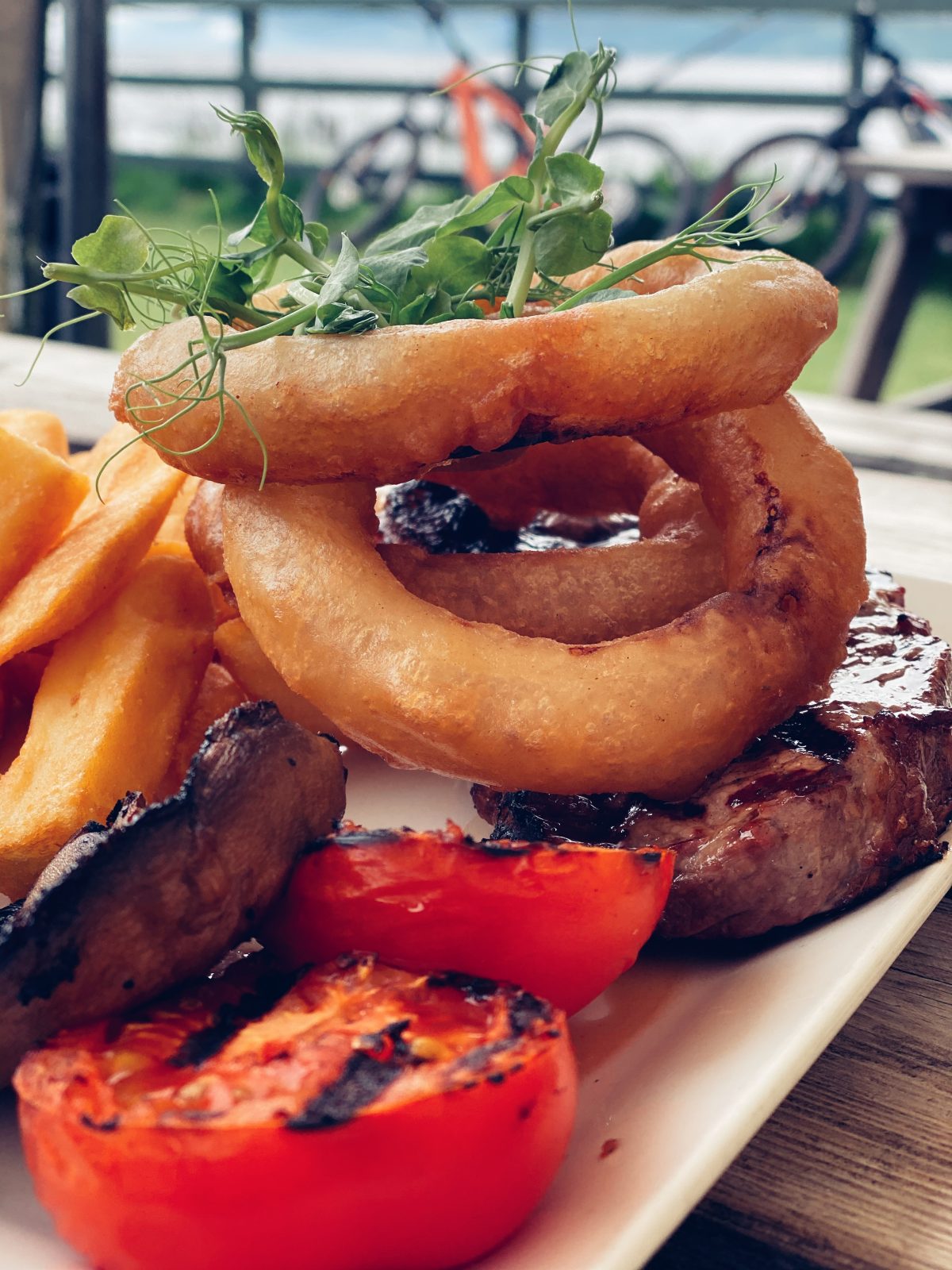 I always have a steak at The Dores Inn. I can’t get past it. They do such a good steak. It’s a wee bitty smokey, like it’s just come off a barbeque. The peppercorn sauce has a boozy flavour, probably brandy, and the chips are crunchy and just comforting. You know the kind of food which is just comforting? 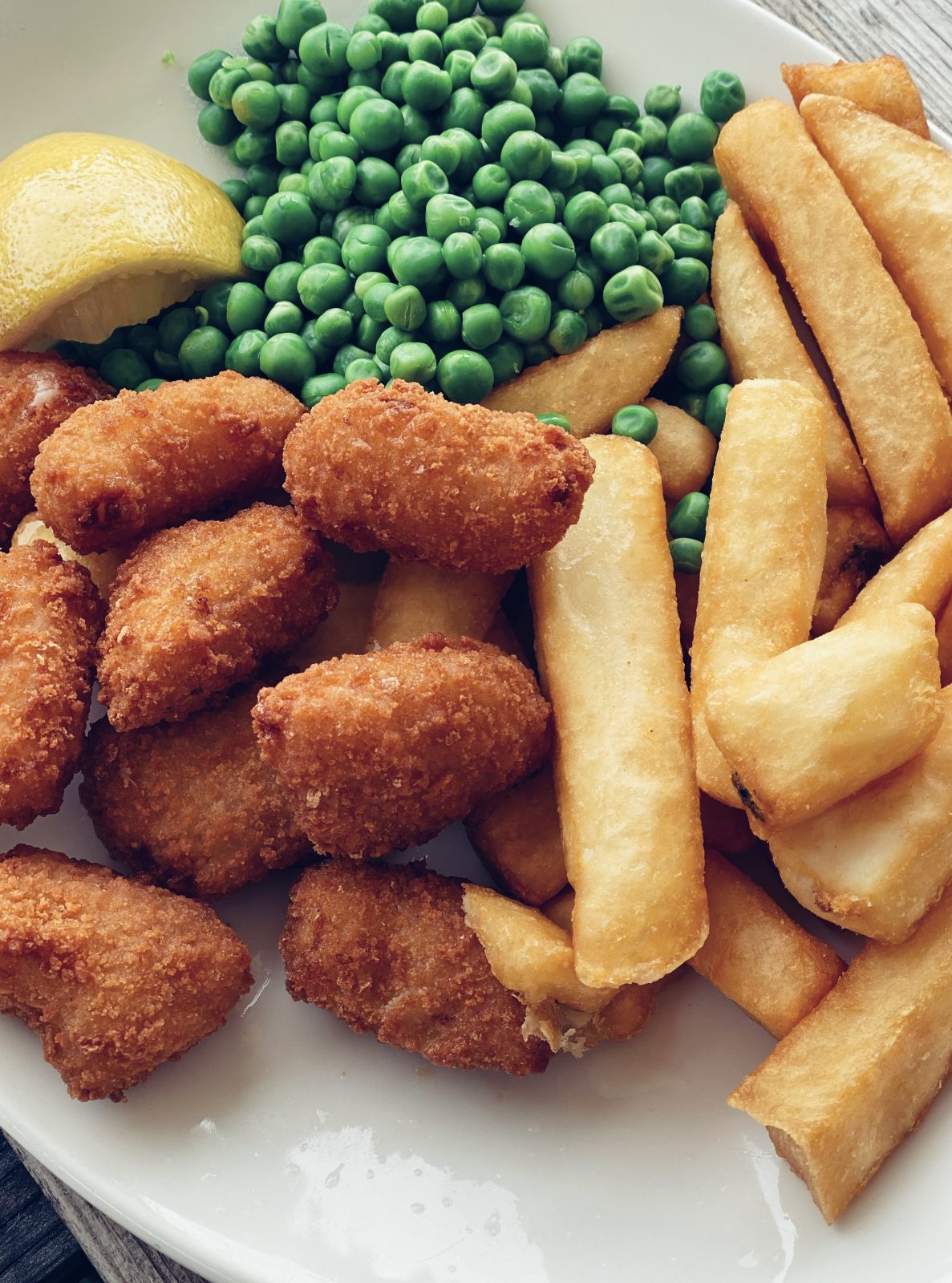 Like, no airs and graces, just really fine pub food. Well, that’s Dores Inn for ya. 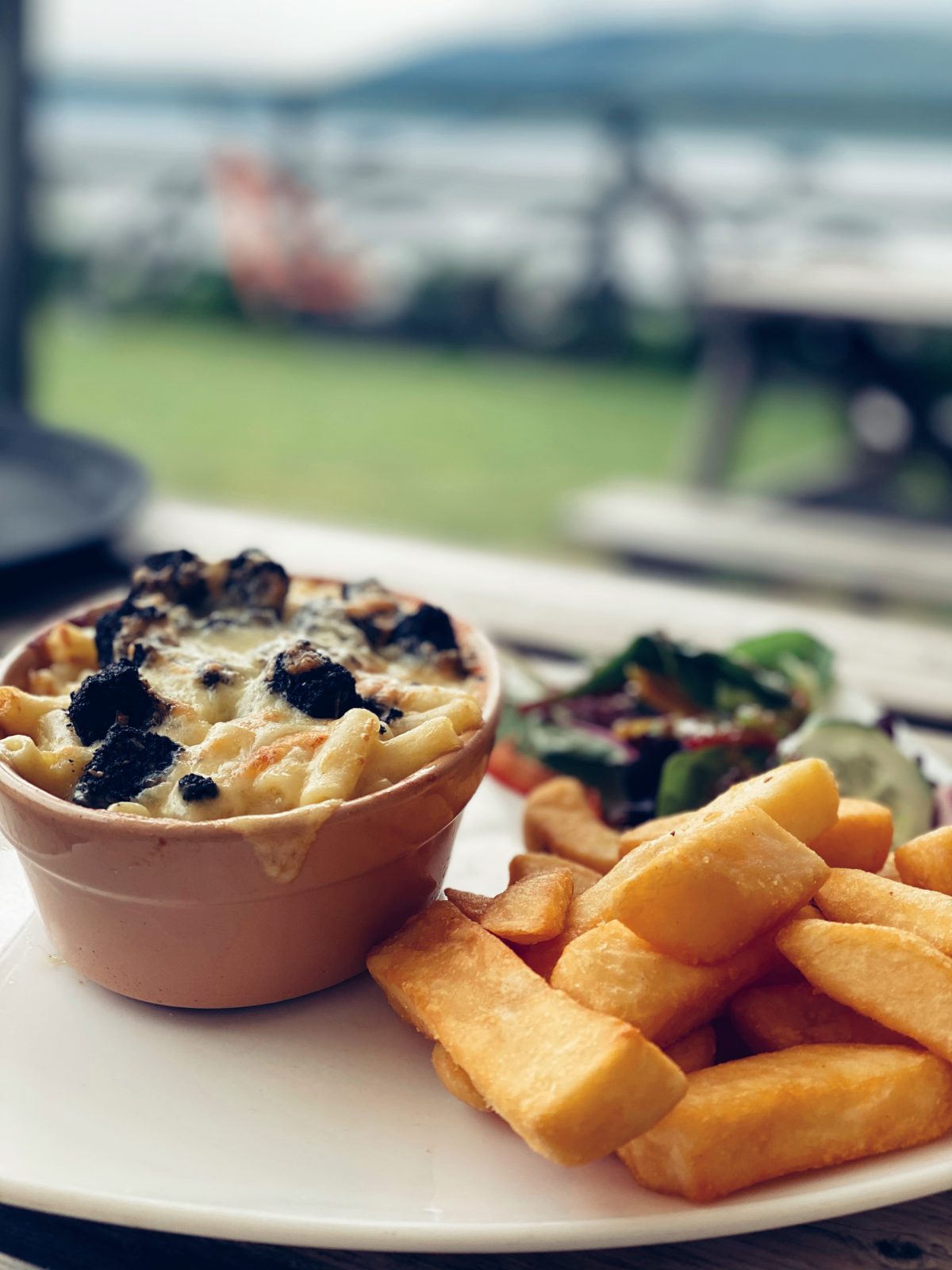 Scott had the most epic plate of dirty macaroni. “Dirty” because it had black pudding in it. After all, this is Scotland, it would almost be sacrilege not to put something fine and local in the macaroni.

Dores is really popular in the sunny weather, heaps of folk flock to the beach to sunbathe, have a few drinks and enjoy the epic views over Loch Ness. A perfect day out here would look like; a dook in the loch, followed by a hearty pub lunch and a few drinks. Just make sure you’ve coined a designated driver, The Dores Inn is kind of addictive.