I lost my distillery virginity at the weekend, what did you do?

If you know anybody from Inverness or even anyone who has visited the Highland capital, you will know that we are not only fond of a beverage but we are also hardened drinkers. The reason for this could be that we are disconnected from the rest of the world and have an array of ridiculously tempting pubs. Growing up in Inverness, the drinking capital of the world (I’ve decided), it really is quite amazing that I did not have my first distillery experience until the ripe old age of 24. Some people I know from back home were born in a barrel or at least now live in and smell of one.

On a rather busy trip to Edinburgh, we decided to get drunk/visit the Famous Grouse distillery. The pair go hand in hand. Here is what we learned, consumed and bloody well enjoyed. Proceed with caution… 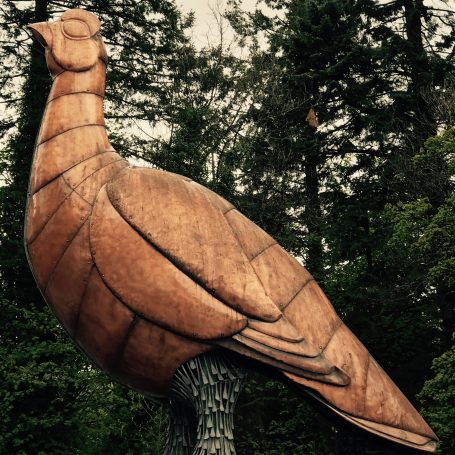 Within a 10 minute radius and I have no idea if that is a correct measurement of anything, we passed many a Grouse at the roadside waiting for lifts or to be knocked down. Grouses are bonnie looking birds, unfortunately in our home city of Aberdeen, we only really get an abundance of burger stealing, cocky seagulls who have a face for the radio. Like me, the grouse is a heavily built game bird who is not shy of ruffled feathers and Scottish surroundings.

Apparently, Grouse was the first whisky of its time to not take its name from the creator’s surname. The reason grouse became Famous Grouse was because when Queen Vicky visited the area, she requested some of the ‘famous’ Grouse. This could be an exaggerated rumour however both the distillery tour guides and us like that story so we are sticking to it.

Male grouse birds are polygamous which means they, like Hugh Hefner, have many birds. In order to attract a bird (the banter writes itself), the males put on a vocal performance which can include drumming, flapping about and shaking their tail feathers. Not totally unlike the behaviour of the average male human who may consume the grouse on a Saturday night 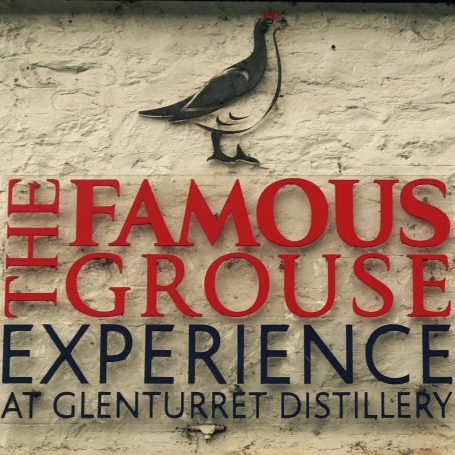 To prove to you that we didn’t just get tipsy and forget everything we learned at the distillery, here’s a little bit of bouncy background on the distillery itself.

There is no such thing as the famous grouse distillery as it is a blend and contains lots of different whiskies such as Highland Park and Macallan, however, the Famous Grouse has a spiritual (literally) home in the Glenturret Distillery. So although we went to find out about Famous Grouse, we also got educated about the Glenturret single malt. Two for the price of one and there were no complaints on our side. The distillery has been making booze by hand by since 1775, not the same hands obviously or this really would be the water of life.

Unfortunately, we were unable to take photos of the inside of the distillery nor were we allowed recording equipment or a free barrel to take away, we tried. This is due to the fact that there are alcohol fumes and we probably would have exploded and died. This was actually a beneficial thing though as we didn’t come away with any rotten, drunken selfies.

There are no recipes for the Famous Grouse whisky but there is a woman who has one of the best jobs on earth. She sniffs and ogles up to 600 samples a day. Apparently she doesn’t actually drink the whisky which is understandable but definitely a wasted opportunity. The tour guide informed us that she has to get a taxi home from work at the end of the day because the fumes alone put her over the driving limit. That’s what they all say…

This is a new one on me. Apparently distilleries keep cats who are employed to keep the mice out of the booze. The two pusses there on our visit were named Glen and Turret. I have no idea how they came up with those names. In the grounds of Glenturret distillery, there is a statue in memory of Towser the cat who died in 1987 at 24 years old. This cat bossed all other cats and was even in the Guinness World Records Book for catching 28,899 mice in its lifetime, that equates to 3 deed mice a day. If Carlsberg did cats…

If it ain’t broke, don’t fix it

One of the highlights of the Famous Grouse distillery tour was getting a good old nosy at the way they make their deadly drams. There are no fancy robots or touch screens and everything is done with equipment similar to what was used 100 years ago. To quote the tour guide, “if it ain’t broke, don’t fix it.” 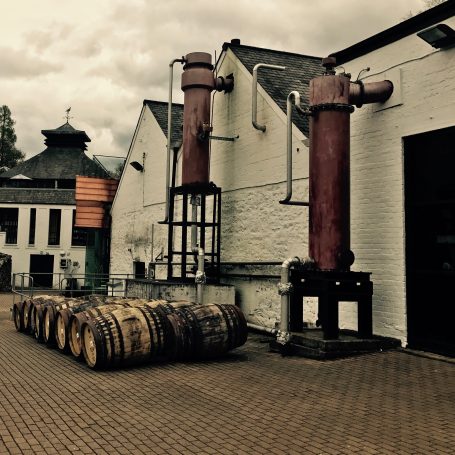 This part blew my mind. Prior to visiting my first distillery, I thought that whisky just turned that copper colour due to some confusing science that I couldn’t get my head around. It turns out that the whisky starts off clear and could be easily be mistaken for vodka. In order to boost the flavour and the colour, the clear whisky is decanted into either empty Sherry or empty Bourbon barrels. The longer they are left, the darker and smoother the whisky gets.

I am not a whisky drinker unfortunately so I couldn’t tell you if it tastes of pine trees and aged toffee sticks, however, I did try it and since then my teeth haven’t worked. My better half was more than happy to take my samples from me though and this is a picture of the amount of Glenturret that he consumed during our visit… 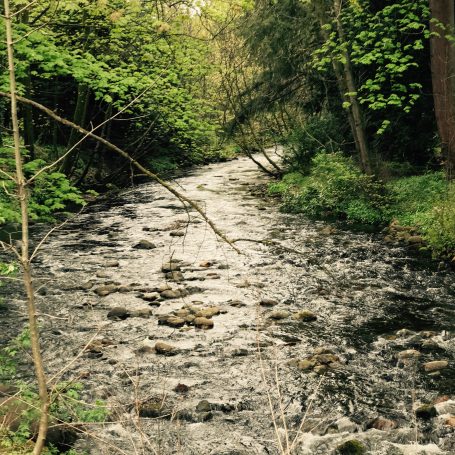 There is a cracking little gift shop in the distillery with plenty of whisky glasses and other whisky gifts. This is your opportunity to buy the obligatory branded magnet for your 85-year-old granny. There are also various whisky brands such as Highland Park and The Macallan available for purchase.

Why not pop along to the Glenturret Distillery and have your very own Famous Grouse Experience? 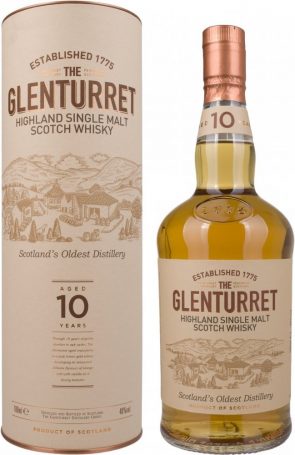 The Glenturret Distillery
The Hosh
Crieff
PH74HA
01764 656565
PrevPrevious11 Impressive Sights in Cruden Bay and Nearby
NextWhy I Fell for the Edinburgh Marriott Hotel, LiterallyNext