The Lynnhurst Hotel in Johnstone, Review

Don’t worry, we hadn’t heard of Johnstone either. But The Lynnhurst Hotel in Johnstone massively came to our rescue on a recent trip so we have big respect. 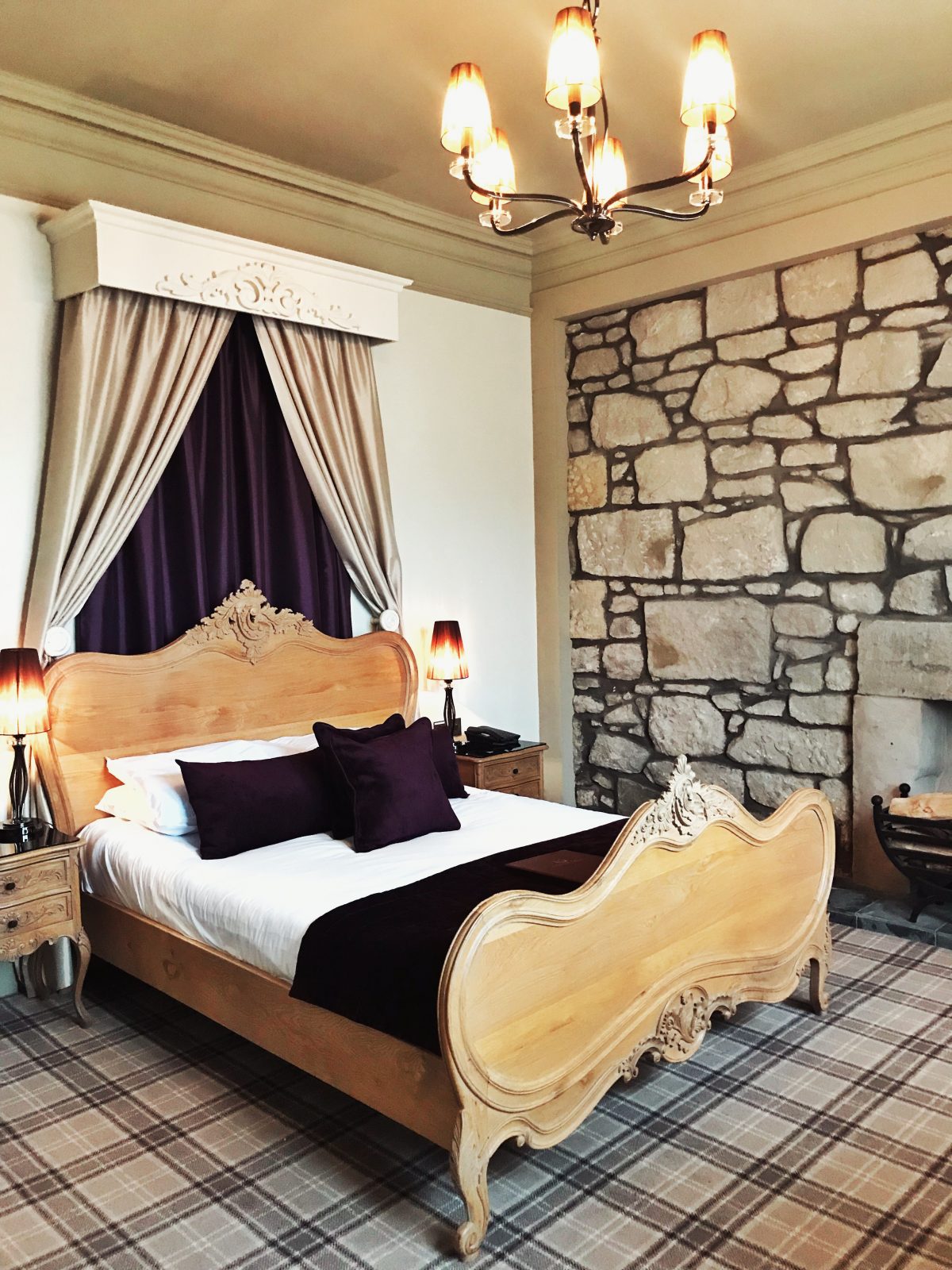 But I’ll start at the start… So basically, we took an extremely last minute trip to Lanzarote in The Canary Islands recently. So last minute in fact that it was booked on Monday, we left on Wednesday and Aye 2.0 did not acquire his passport until the day before the flight, in Glasgow’s Passport Office and it. was. tense. He was a gremlin grinch for two days and I was on the brink of a nervous breakdown tiptoeing around him. So why put ourselves through a last minute holiday you ask? Well, THE STRESS. And for our regular readers, I know it looks like we live the dream sometimes, but we put in a hella’ lot of graft. And it was our time to take a real life non-blog break. 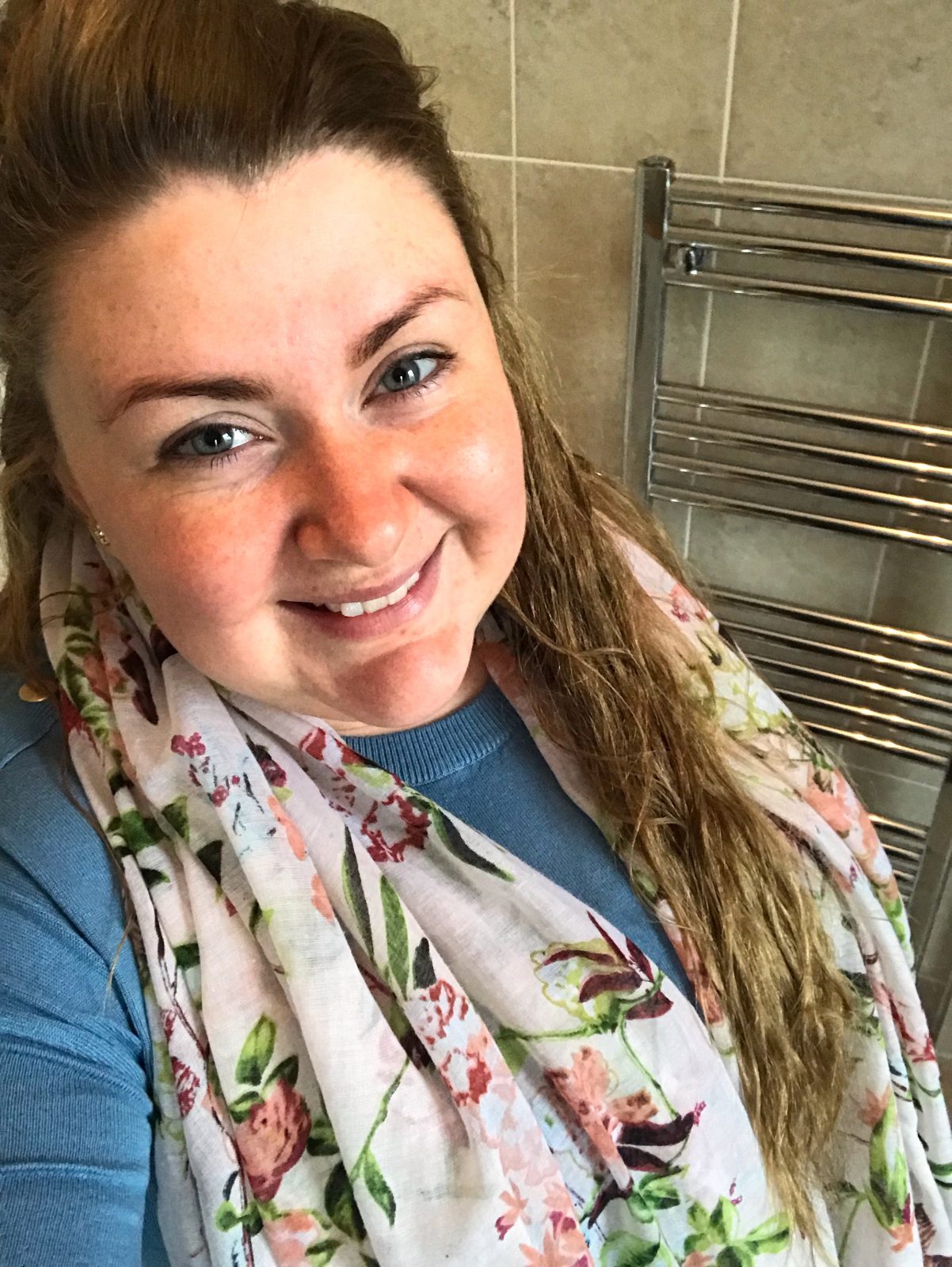 We had booked a hotel in advance. But advance to us was literally 24 hours! And the hotel we had originally booked was both reasonable and a hotel we’d never stayed in before. Ever done that? If so, you’ll know it can go either way. And because we’d booked everything last minute, the place turned out to be a total dive in order to add to our already increasing stress. Argh. We arrived in the first hotel (note, not The Lynnhurst) and the beds in the hotel were absolutely howling. I mean clarted in dandruff and some al’ mannies hair. We took one look and ran for the hills. But then we ended up parked outside a Halfords in the middle of who-knows-where desperately searching for a last minute option. Which was big stress gates. But Aye 2.0 found The Lynnhurst Hotel and I was too tired to argue.

And thank god I never…

The Lynnhurst is celebrating its 60th birthday this year. The building is Victorian-era with the most beautiful flower gardens to both the front and rear of the building. We arrived at the hotel in the pouring rain so sitting outdoors was not on any of our cards, but on a warm day, with a cool drink? I’d eat that right up. 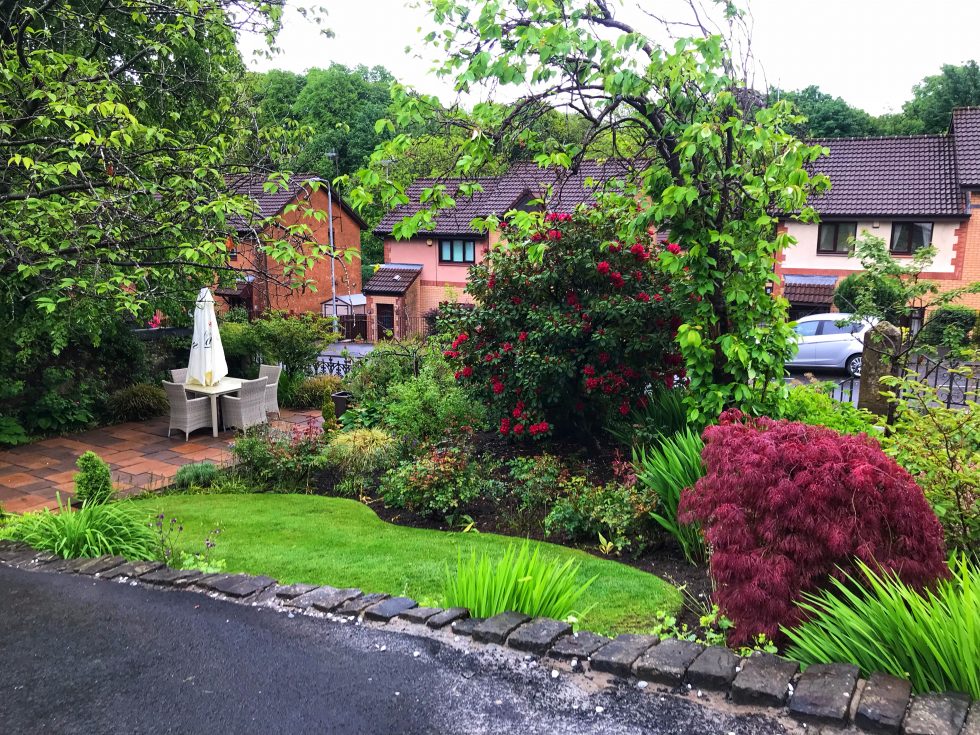 We had an executive double room at a price of £85 including breakfast. The executive double was ha-uge; with grand, intricately carved furniture, a large bathroom with an equally as large bathtub, and a dressing table, for preening, #PreenMe. 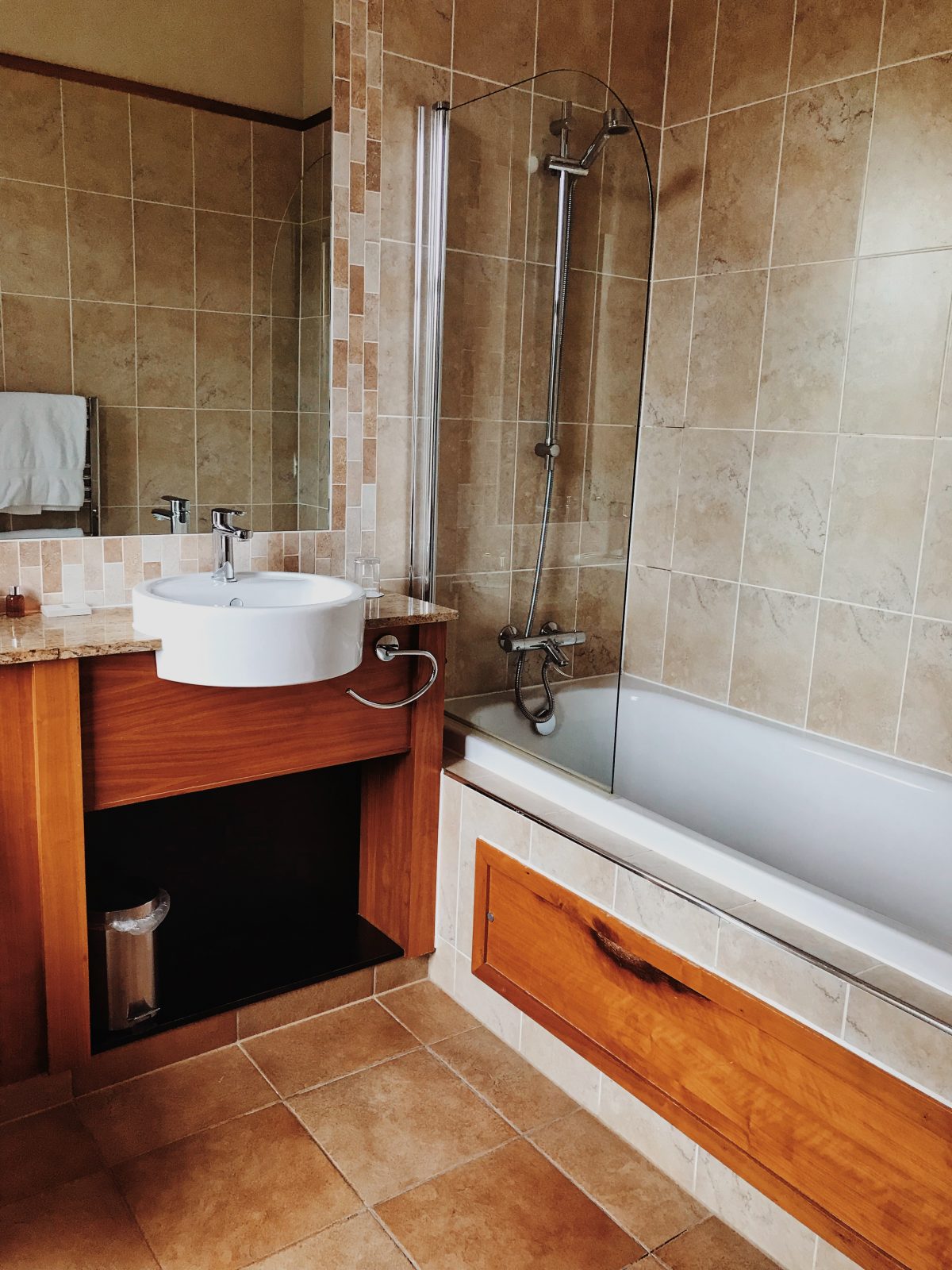 We arrived just after supper time following our hasty exit from the hotel of death. I spent the evening relaxing in the bath, preening and trying not to make my tan look like a patchwork quilt. Kudos to himself who actually helped me with my tan even though he ended up with rather promiscuous looking pinky fingers the next day. 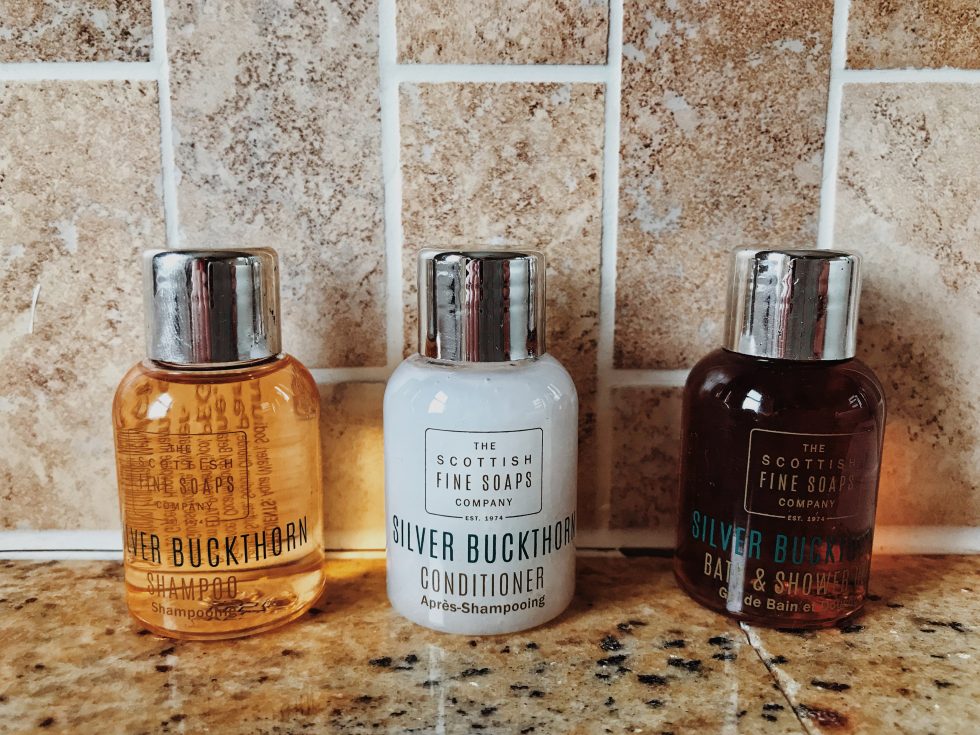 We got to sleep at the back of midnight on the extremely comfy bed. Considering the airport is very nearby, we both slept peacefully. Me more so as I star-fished leaving Aye 2.0 with a chilly leg oot.

We woke up bright-eyed and bushy-tailed, looking forward to our trip to Lanzarote. And how do you start a day of travelling? With a cracking breakfast, of course. We got stuck into a cooked breakfast in the Lynnhurst Lounge, and I cleared the place of apple juice (which I regretted later – apple juice alongside a butterfly tummy due to pre-flight jitters is a BAD combo!) But breakfast was tasty all the same. 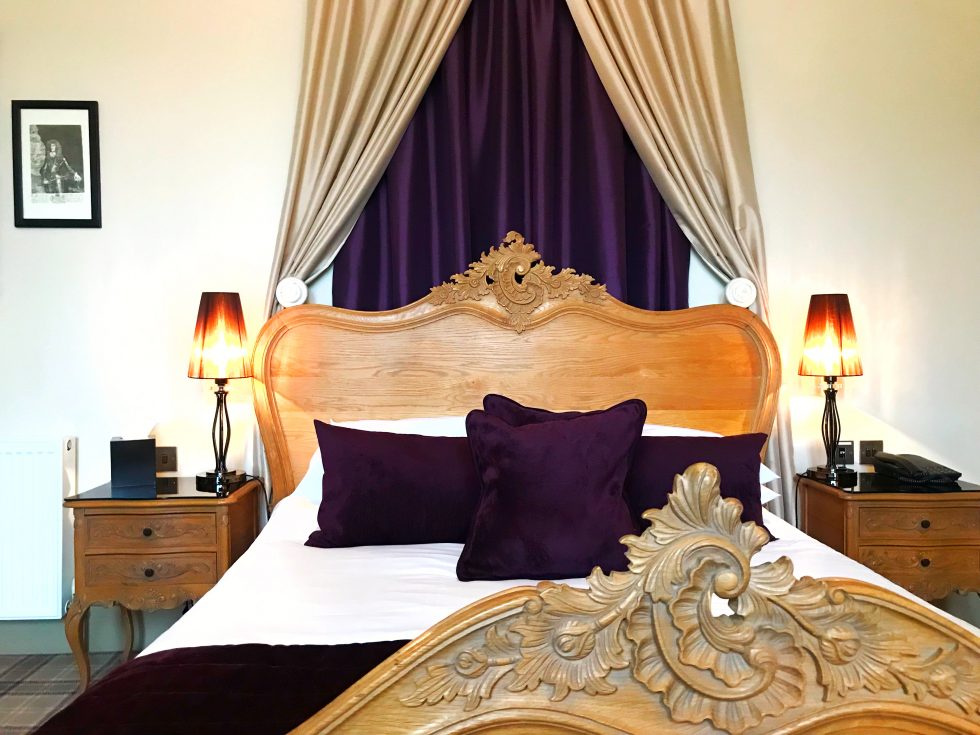 The Lynnhurst is only a 10-minute drive from Glasgow International Airport, which worked out just spiffing for the King and I. We were last-minute loons but if you’re looking for a tidy wee “night before flying” deal, check this oot! One night of super comfortable accommodation, followed by a hearty breakfast, with 7 nights parking to the secure rear of the hotel, and a courtesy taxi service to the airport is only £140! So, if you’re flying from Glasgow and are more prepped than us, and you fancy kicking off your holiday the right way, get along to The Lynnhurst. We’ll be back… Ahaha, ahahaha, mwuahahahaha. Date night anyone?