This was my first time eating out in Fraserburgh. Except from that one time when we got lost picking up a tumble dryer from the back-end of God knows where. That time I had an egg and bacon sandwich from Tesco and I’m lucky if it was a 4/10. But this time I wasn’t lost. In fact, I knew exactly where I was going. I was going to the Peartree Coffee House and Bistro, Fraserburgh’s funkiest new restaurant. And I live for a Bistro darling. If there’s one thing that I know how to do, then it is eating. And the Peartree had a menu that didn’t come to play. This menu is the menu of dreams. We were all very impressed. In fact, if you aren’t eating out in Fraserburgh, are you even eating though?

We live on the coast in a wee village named Cruden Bay, near Aberdeen. And we are really good at exploring… our doorstep. But as for travelling further afield? We tend to do more travelling out with our home region, but considering we, kinda live here, we thought we should start doing a wee bit more local touristry. Seems rude not to, huh?

It was a Saturday and I was raring to go. Usually, it’s just Aye 2.0 and me on our blog excursions but this time we had a menace in tow. Hiss pal Craig had joined the banter bus for a day and when those two get together, it’s mayhem. Mayhem for me. 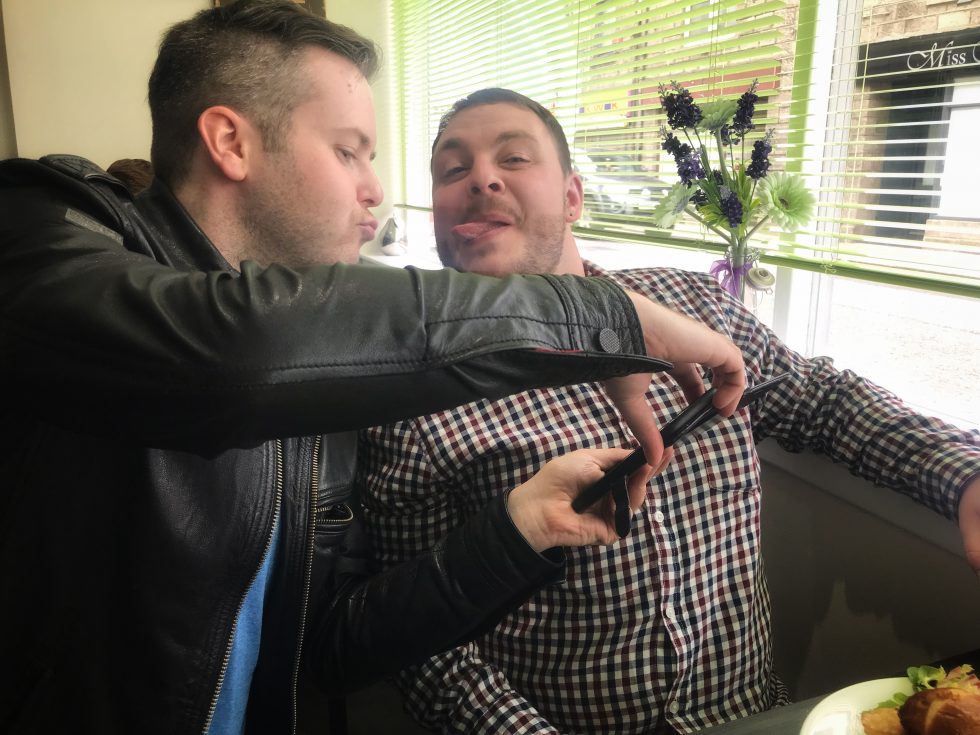 They are like Laurel and Hardy, or Torvil and Dean, depending on how you look at it. But I was relieved in a way as it meant that I could leave them to play with lego in the children’s play area whilst I did the real work. Our first stop on our road trip was the Scottish Lighthouse Museum where I absorbed an insane amount of facts.

The two boys spent most of the tour making up light puns but when I pinned them down later in the evening it turned out that they had actually been listening, TO MY SURPRISE, and had facts to boot. 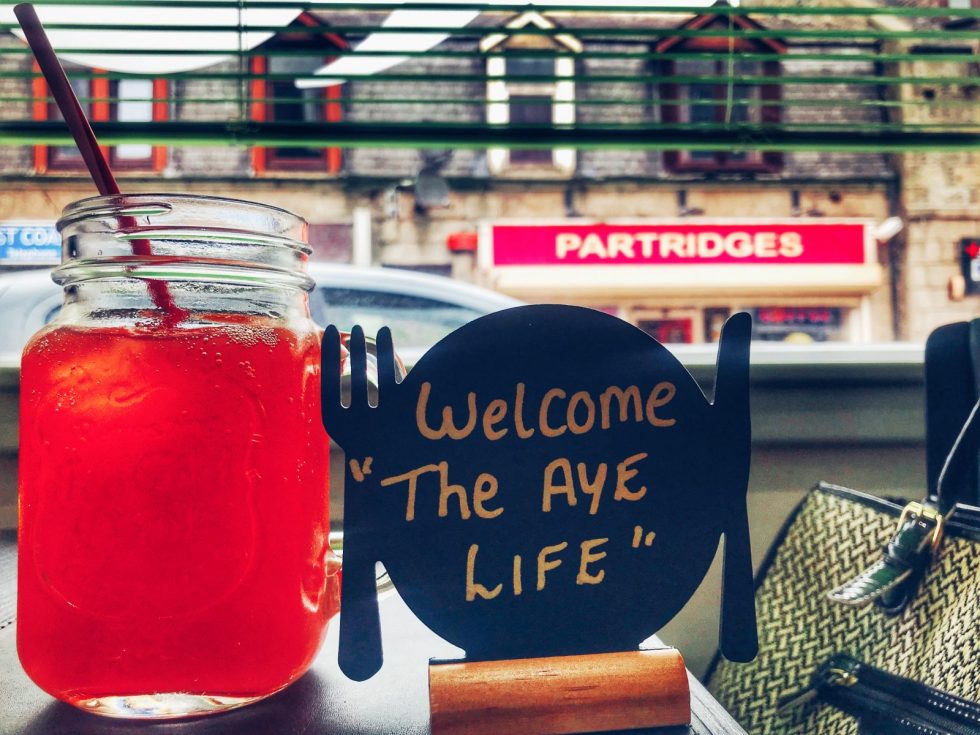 The Peartree Bistro is immaculate and very modern both outside and inside. We took a seat at the window and I just prayed to the big man that the double act in tow would behave. And to be fair, they did. Aside from Craig ordering a burger with no salad and tomato on it, but ordering bruschetta for starters. Facepalm. And then he kicked himself that he hadn’t ordered the same starter as me. And in all honesty, all life should be jealous of my starter. 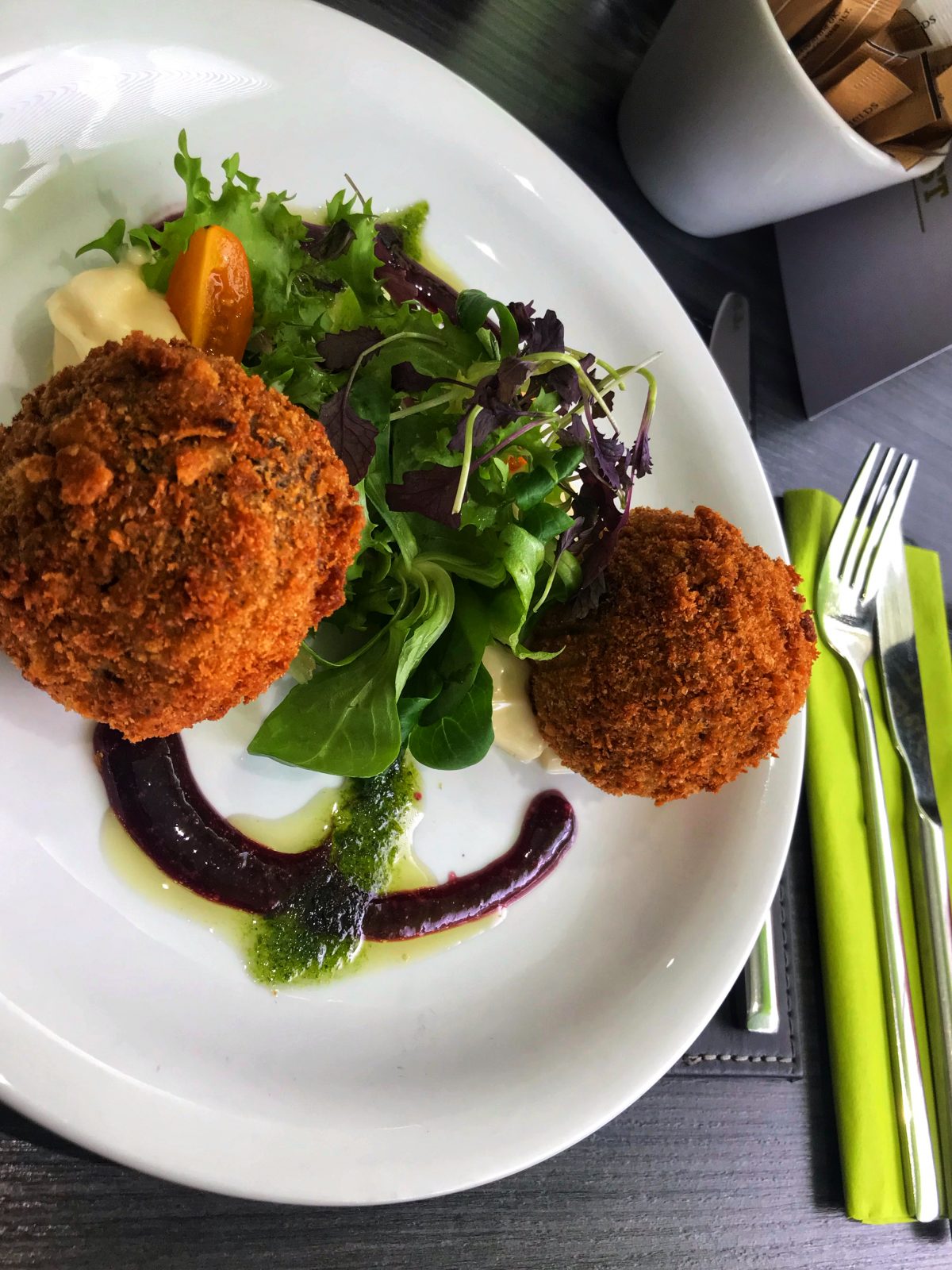 The Peartree Bistro know how to make a black pudding bon bon. Two black pudding and pear bon bons with maple aioli. And it was both totally gorgeous and very filling. 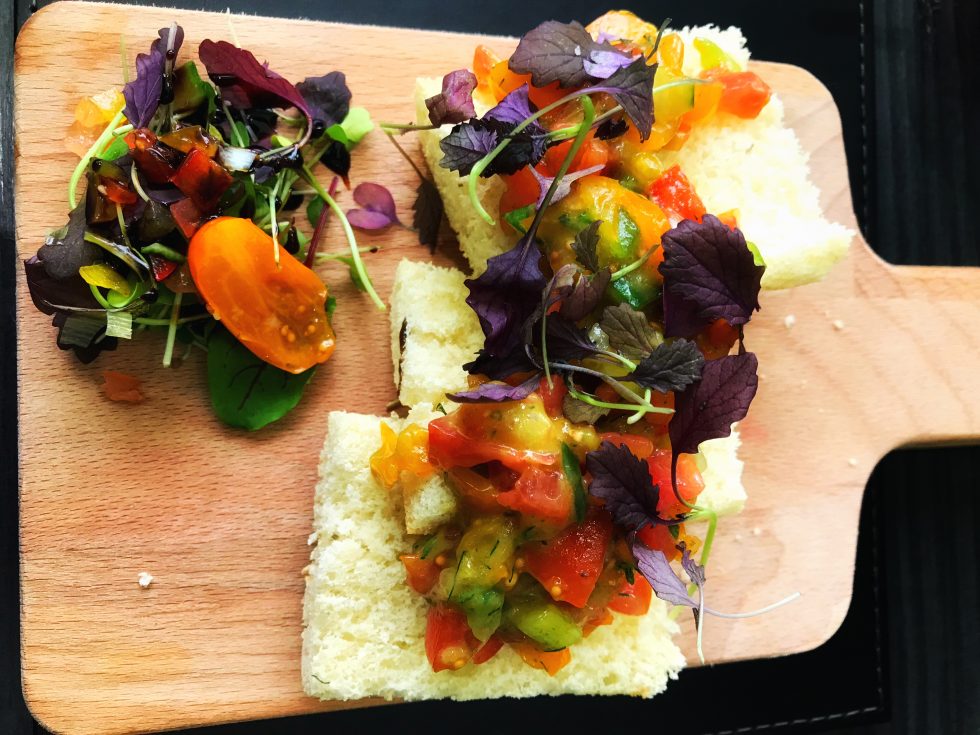 Himself and his pal both had bruschetta which was super flavoursome.

The Peartree Bistro and Coffee House 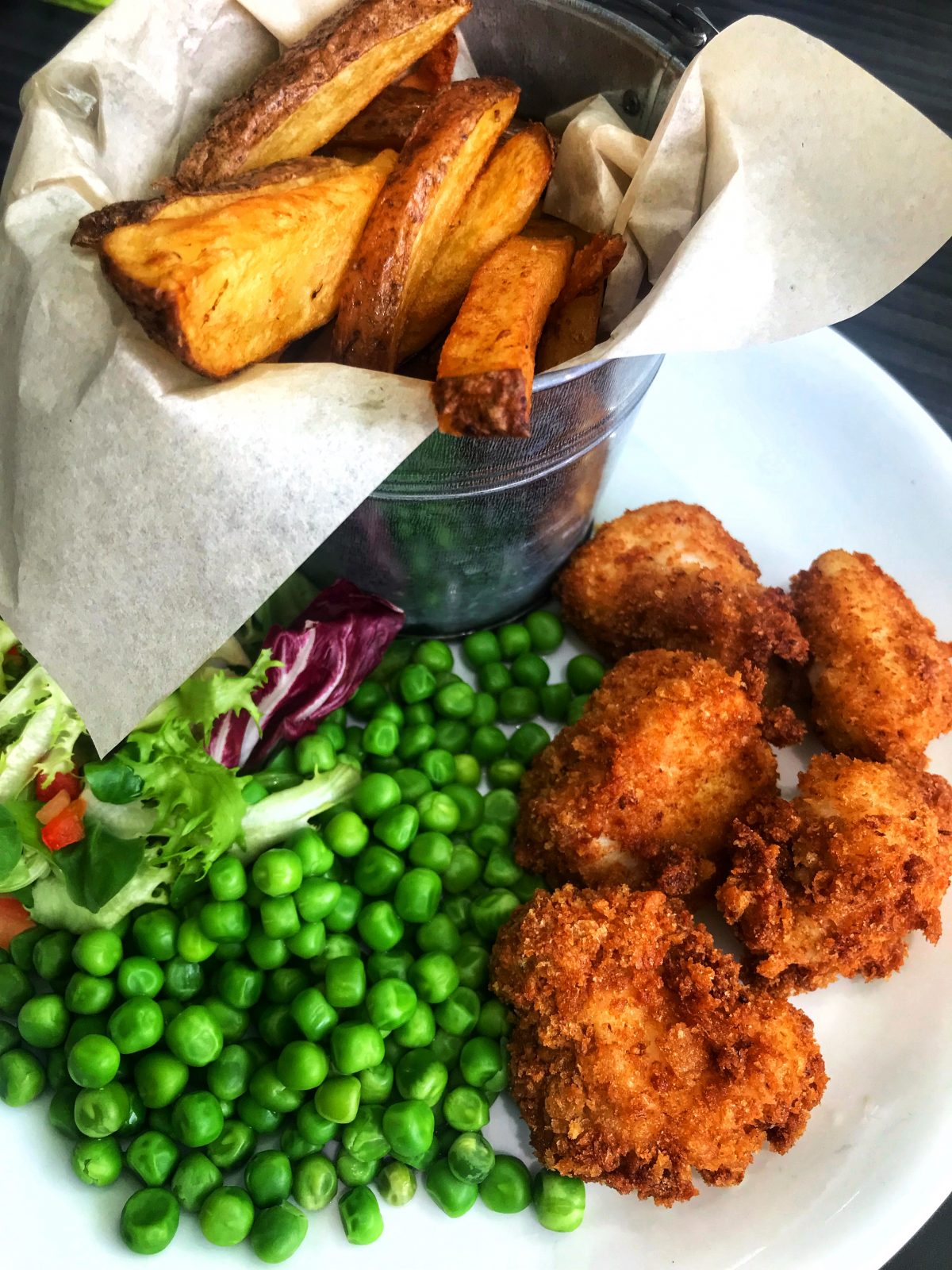 I had monk tail scampi with a fine and chunky tartare sauce and lovely skin-on hand-cut chips. Aye 2.0 had a crispy haddock after much deliberation. 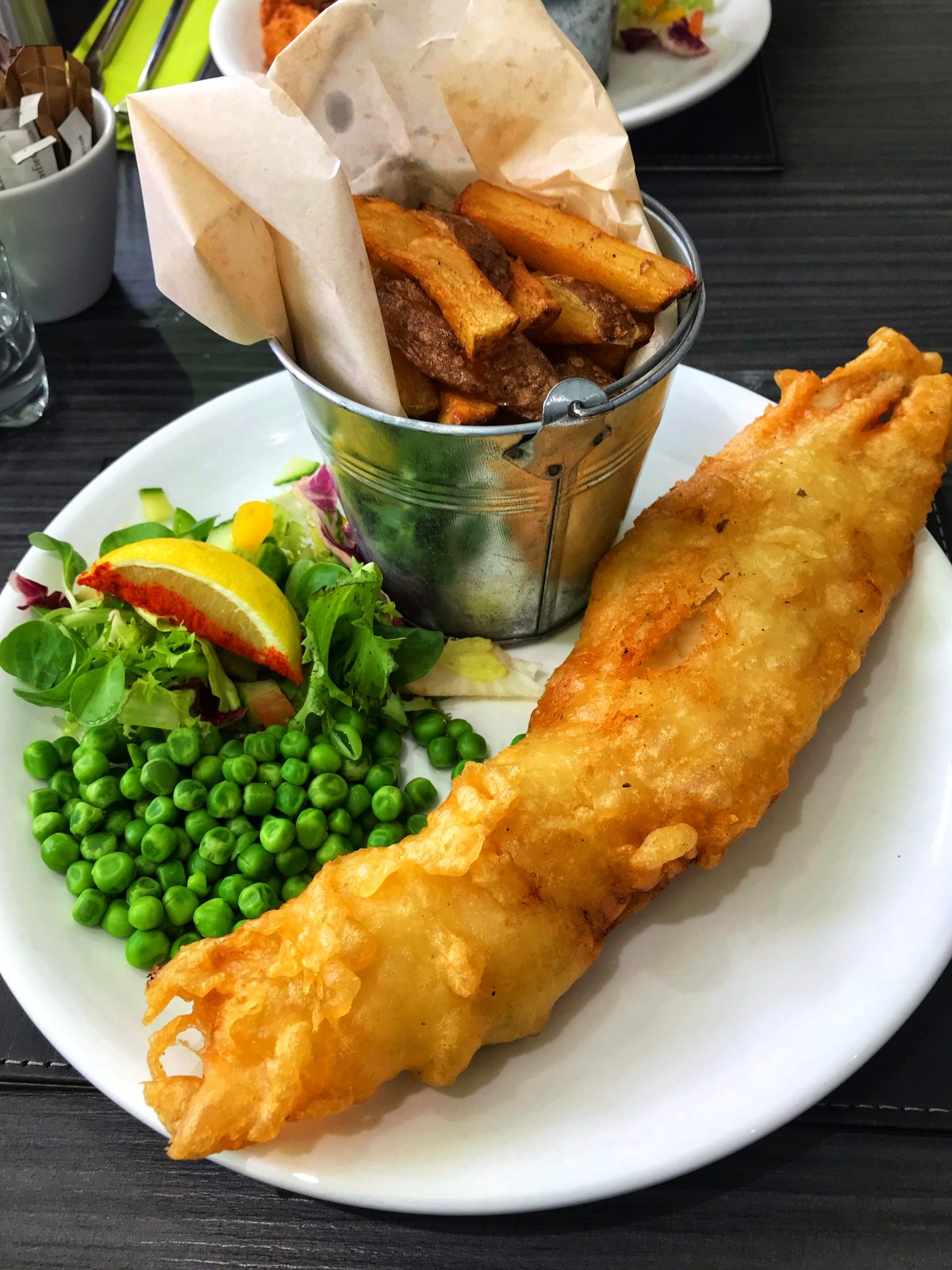 And Craig had the Jack Daniels burger which came with bacon and onion rings and was the size of his head, at least. 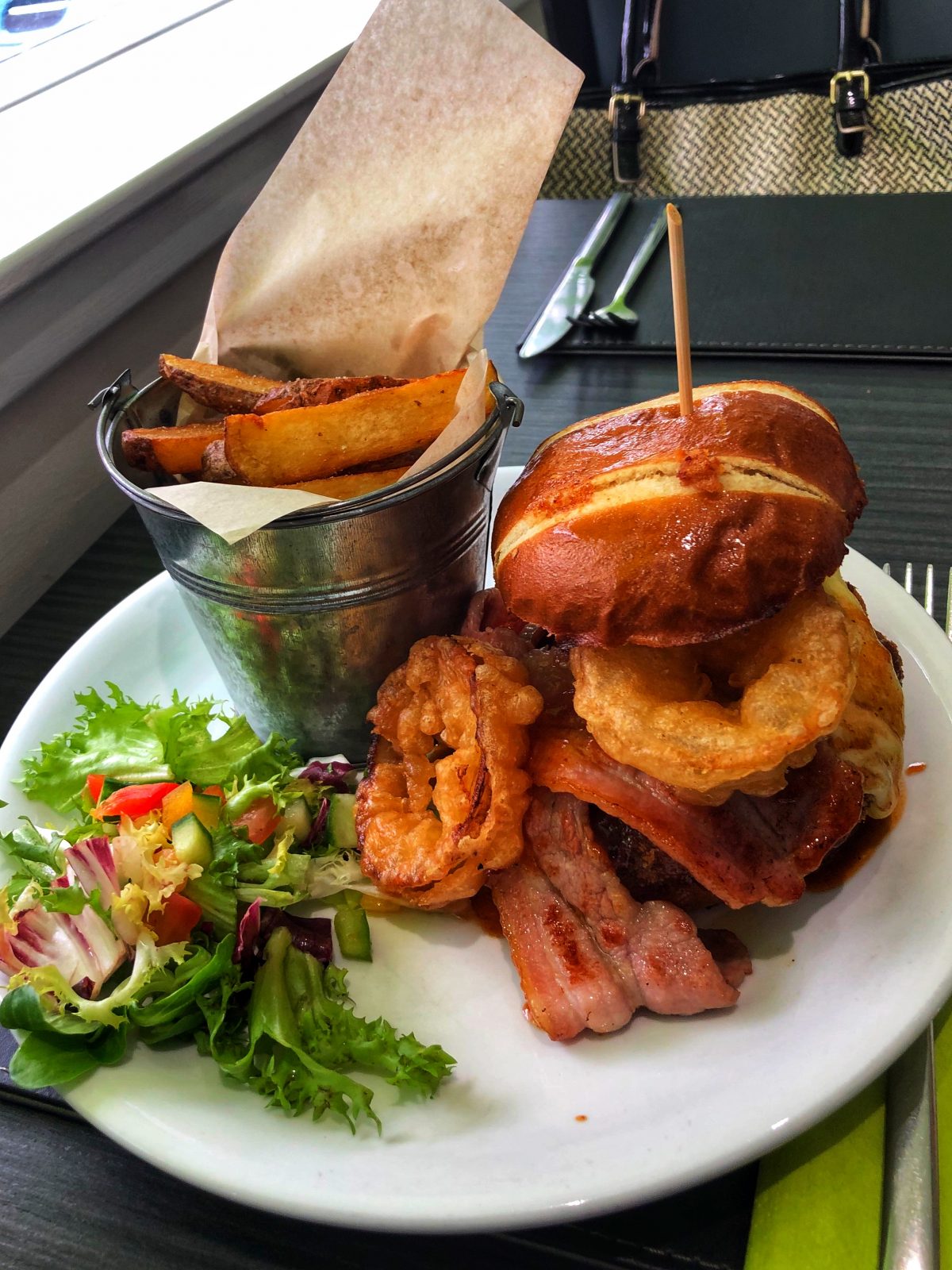 All-in-all, it was a super feeding. Had we not had to get a rush back down the road, we would have been right in for dessert and the lovely owner Maree told me that they had recently been serving a pear creme brulee. Lawdy lawdy, I love me a crème brûlée!

The owners of The Peartree Bistro also have Partridges ice-cream parlour. So basically we have to go back up to Fraserburgh pretty pronto to get our hands on one of their 20 flavours of fine local ice-cream (or all the flavours, just saying). The restaurant will soon be serving afternoon tea tapas for smaller but equally as tasty bites if you happen to be in the area or passing.

I reckon me and the bistro made a good pear…

Huge thanks to The Peartree for having us in for some lunch, we had a great time and can’t wait to come back to try your new tapas and the upcoming cocktail menu. This meal was gifted but as always, all opinions are our own… and epic.