What convinced me to start blogging? Could have been the whisky, might have been the gin. However, it mostly derived from my passion for travelling and sipping drams on a Monday. Part of my blog-job is to visit lots of distilleries to taste test lots of bonnie booze (purely for research purposes of course.) So, if I can get as drunk as a bald cat whilst keeping you lot educated and entertained then you better bet Victorious has yer back. On this particular Heilan’ jaunt, we were off on the Tomatin Distillery Tour. 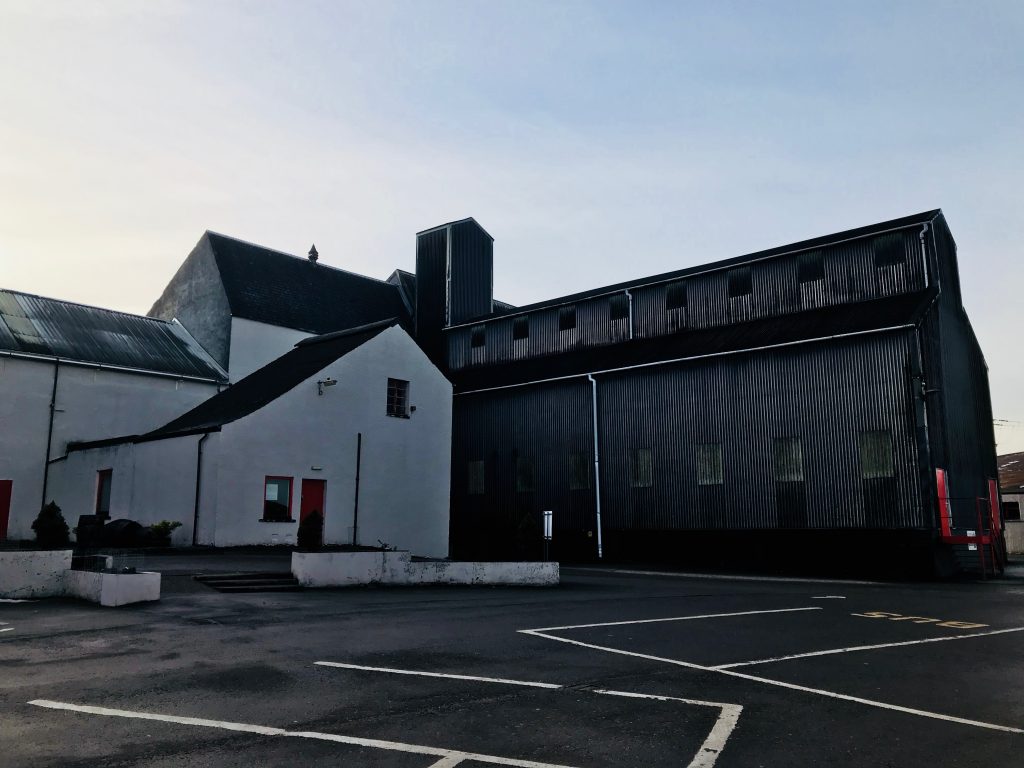 We spend an awful lot of time in Inverness because you can take the girl out of Inverness but you can’t take Inverness out of the girl. My accent is very confused. Och aye ya ken? But that is why we cover so much of the wild Highlands on our big bad blog, we can’t escape the place. 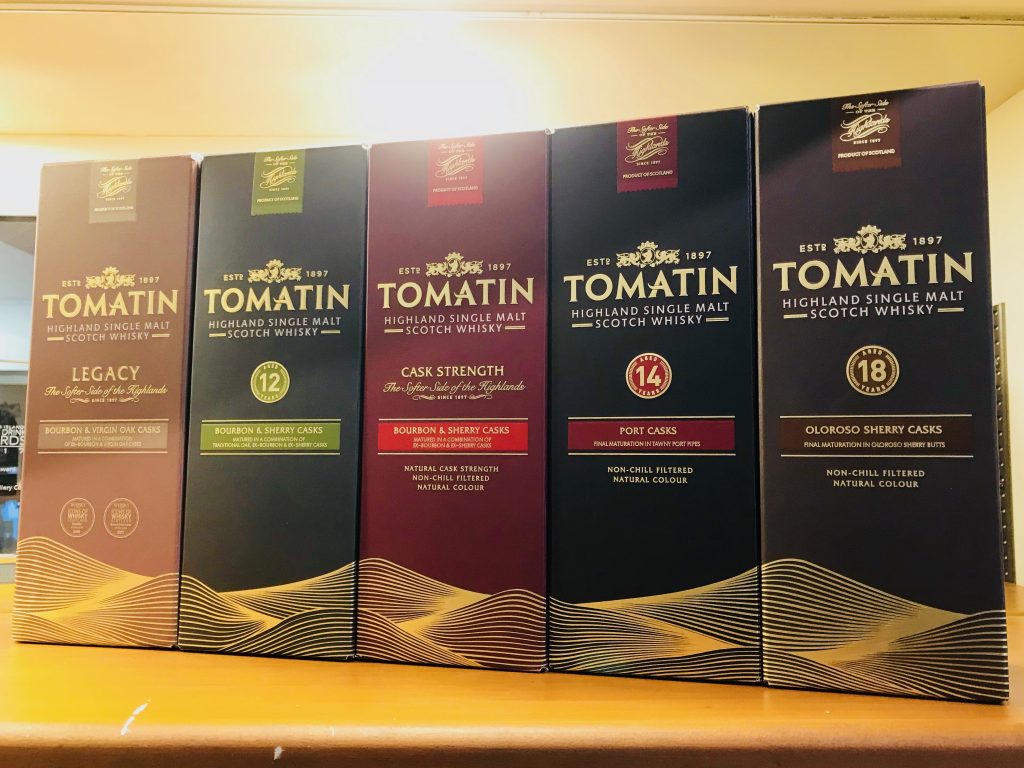 Tomatin is a teeny wee village, 16 miles South of Inverness. Tomatin Distillery opened in 1897 although it is believed that whisky has been made in the area since the 1600’s. Tomatin is home to around 30 families, all of which have at least one family member who works in the distillery. Tomatin translates to ‘the hill of juniper’ which is why it makes complete sense to make whisky there… ‘The hill of juniper’ is also a sly nod to Tomatins slightly dodgy past. More on that one later…

We had pre-conceived expectations of Tomatin Distillery. Both of us assumed it would be a cute, wee country cottage with one of those shed-like sheds for brewing and bottling. Tomatin Distillery is actually massive and completely underrated. There is a drive up to the visitor centre not totally dissimilar to the drive of a luxurious Scottish manor. As soon as you arrive, you can practically lick the whisky in the air. Come to mama. 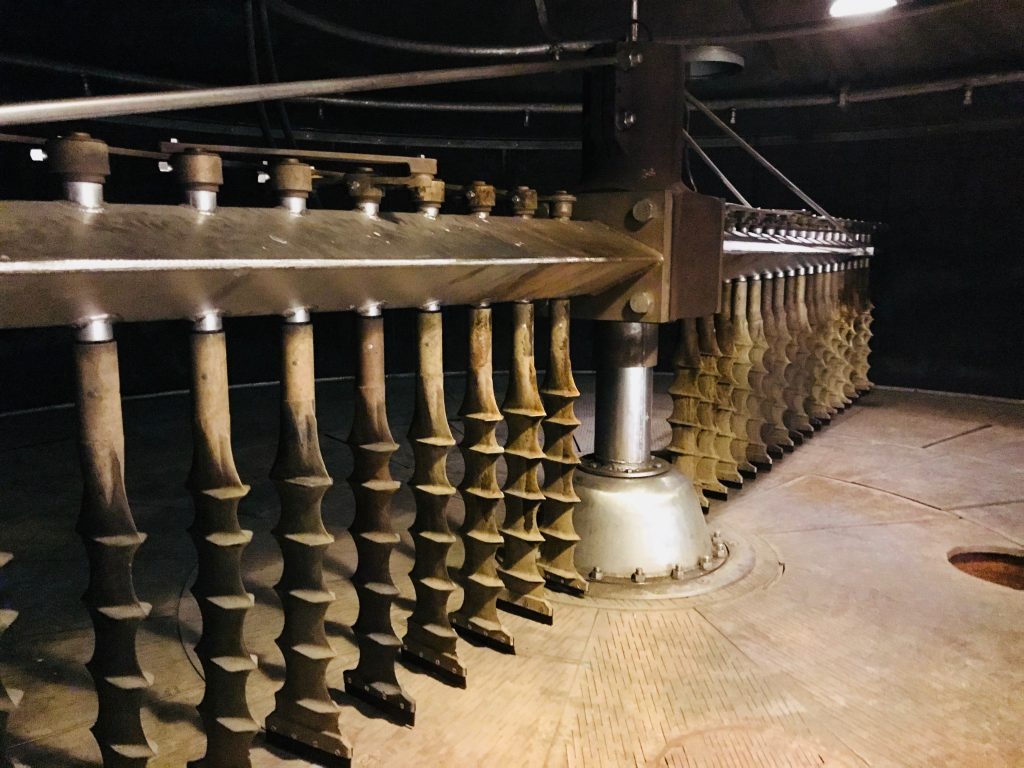 I was getting thirsty and Scott was getting aggy, as he was designated chaperone for the day. Paha. After receiving a very warm welcome in the visitor centre, we wandered around the gift shop where I asked for everything for Christmas. In fact, I told Scott to take photos of all the tartan trinkets “for the blog” when I really meant “for Victoria.” He will be editing this so that was a hint. On my wish-list are; a hand-crafted photo-frame made from an old whisky cask, a mini hand-made whisky barrel and a mini copper still decanter. Hint. 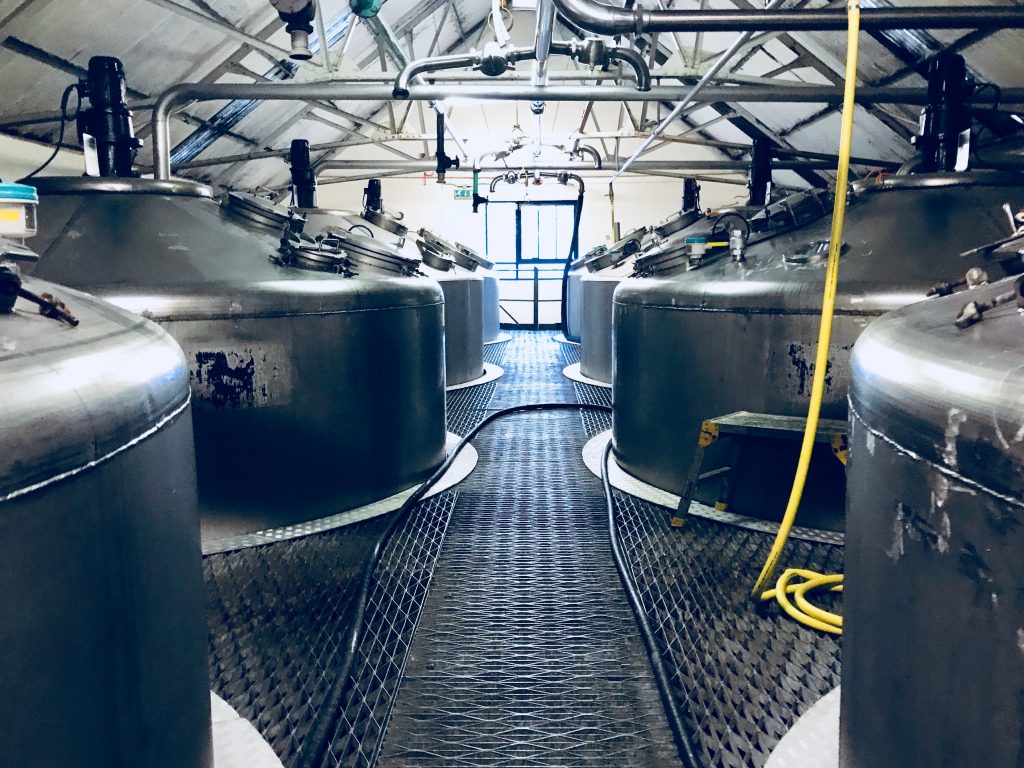 After begging for everything in the gift shop (to no avail), we were shown through to a cosy, wee room. I say ‘cosy wee’ too much. We were on the tour all on our two-some which meant we had the Tomatin film screening all to ourselves. So we cuddled up in the back row… Joke, we sat at opposite ends of the room just because we could…

The showing definitely nailed the ‘romanticise our Tomatin whisky’ thing and tapped a wee heart-string. GOD DAMNIT I was so proud of Tomatin whisky before I’d even tried it. I’m not even joking when I say Scott cried. He kept asking me if I was crying which usually means he is crying. Whether he was crying because of the romantic whisky film or because he couldn’t have a dram, I will never know. 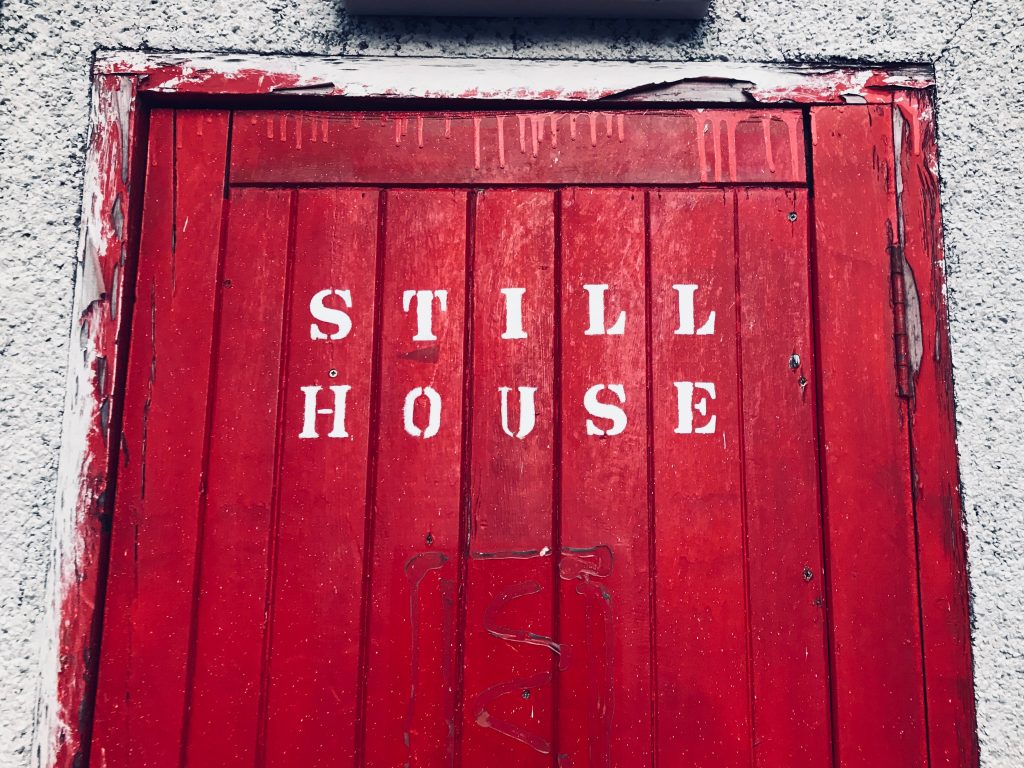 The tour guide came to collect us from our viewing, for our 1 hour ‘Legacy’ Tour. It is fair to say that he was a bit of a legend. He was carrying a little bottle of Uisge Beatha (pronounced OOSH KA BA) which means ‘water of life’ in Gaelic. This little bottle contained 71% alcohol and would absolutely put hairs on your ba’s. He even offered me a sip but my ba’s are hairy enough… 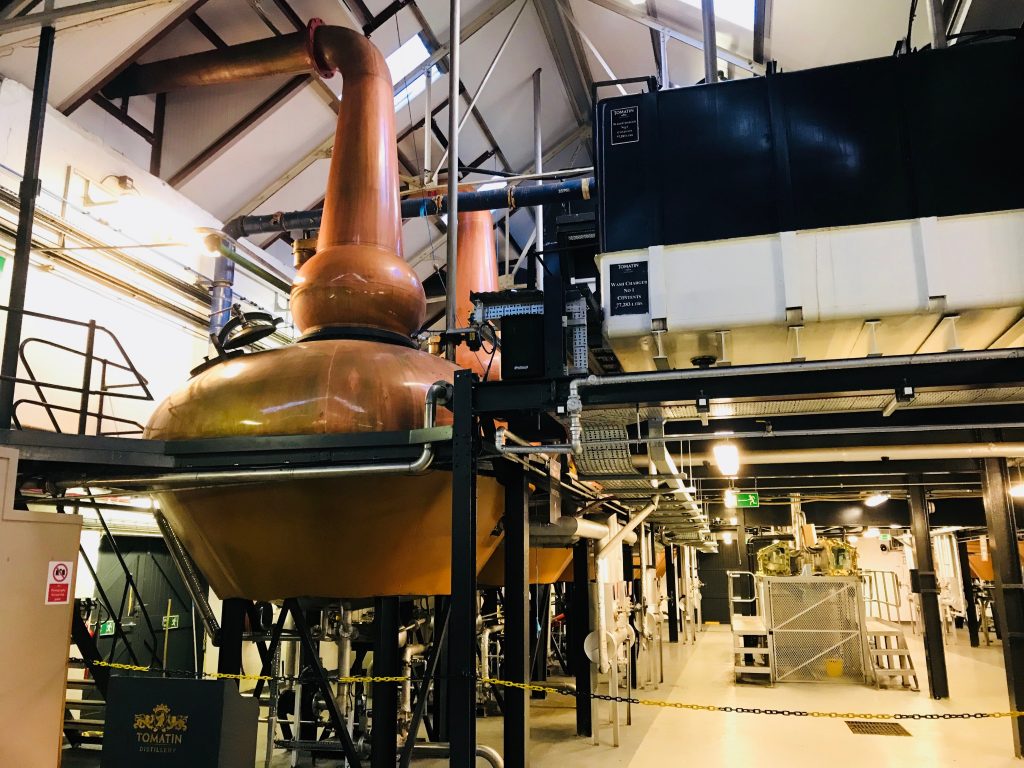 It doesn’t matter how many distilleries we tour, each one has its own little back story. Tomatin is no different. Everywhere we wandered, there was a different scent entwined in the malt walls. I swear at one point I could smell mushrooms. Tomatin Distillery even has its own cooperage. A cooperage isn’t a place where they age chickens, contrary to my prior belief. A cooperage is a workshop where a crafty man repairs whisky barrels. Interestingly enough, whisky can’t actually be made without whisky barrels… 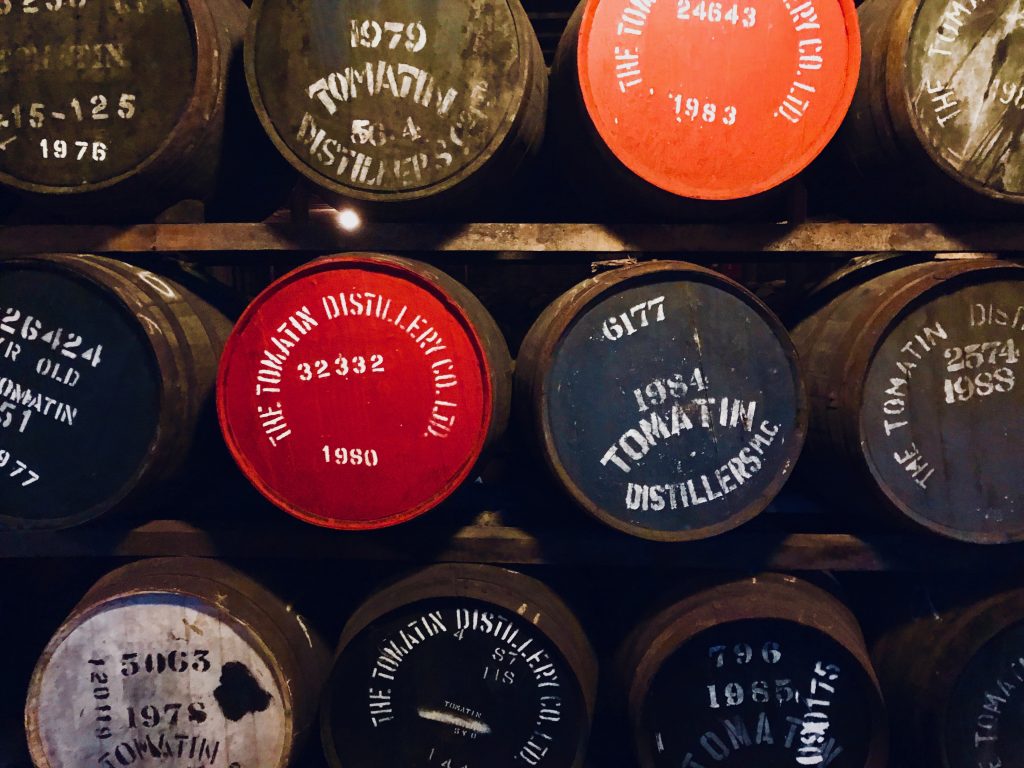 The Use of Juniper

Ya heard me right. Back in the days when whisky was banned, the Highlanders took it upon themselves to make their own loose juice. Hidden away in the Heilan’ forests were many an illicit still. Juniper plants produce absolutely no smoke. For this reason, the clever devils used the local juniper plants to heat their stills. Pretty cooshty way of hiding a criminal contraption. 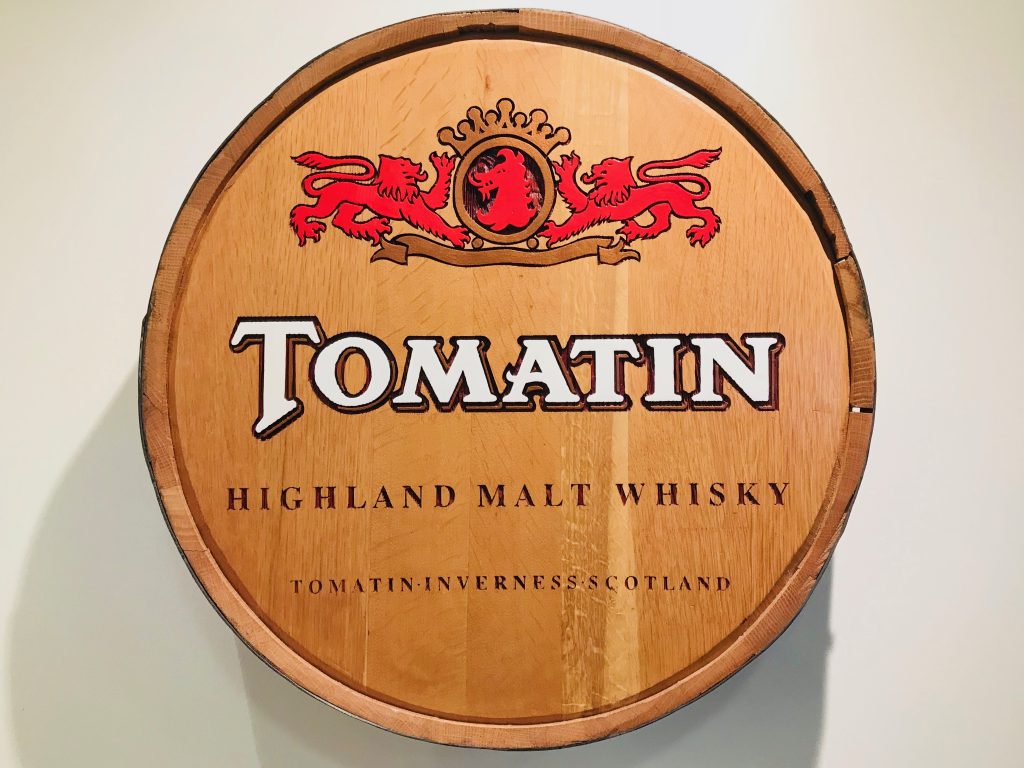 There is a house on the estate known locally as ‘the Old Lairds House.’ Supposedly all the Heilan’ farmers ‘moooo-ving’ cattle down South would stop off at the Lairds House for a refill of the sin tin from the Tomatin illicit still. This certainly would have made for an interesting cattle shift. 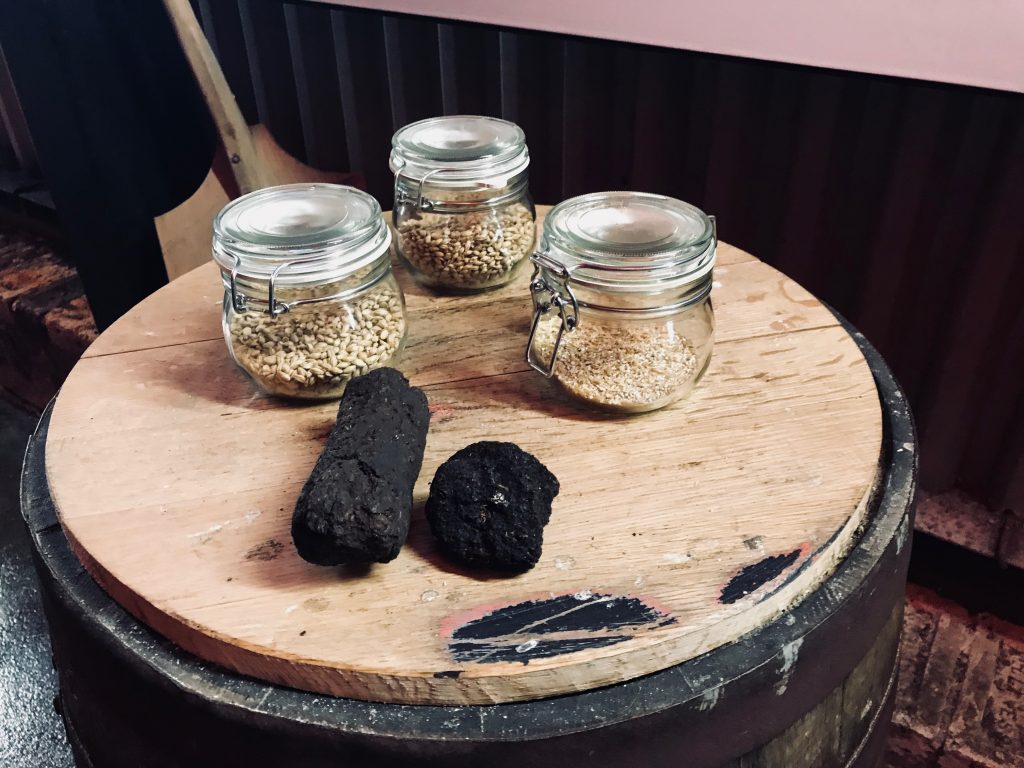 Tomatin village lies on the River Findhorn which is the water source they use for filtering their whisky. The final product, however, uses softer water from the Alt-na-Frith burn which rolls down the hills beside the distillery. Tomatin only ever intended to produce a variety of fruity, syrupy malt-whiskies. The Cù Bòcan arrived completely by mistake.

Once upon a time and by complete accident, a large delivery of peated barley arrived at the distillery. The guys working on the whisky line accidentally allowed the peated barley to flow through the distilling process. Once they realised what had happened, they were all to feart (scared) to tell their boss because he was a bit of a nutter and used to shoot rabbits from his bedroom window. However, as you will know, whisky needs to age and these clever beggars soon clicked that they didn’t need to tell a soul. They casked the peated spirit into barrels and left it for years to mature, figuring they would be long retired before anyone noticed.

It wasn’t until much later on, that the peated whisky was discovered. It now takes the name Cù Bòcan after a mystical beast who supposedly stalked the residents of Tomatin. The spirit is much lighter on peat than I had expected.

After our Tomatin Distillery Tour, our tour guide introduced us to a few of his friends. It is fair to say that they had *ahem* “spirit.” My favourite was the 12-year-old Tomatin Single Malt. I tried it both on its own and with a drop of water. After adding a tear-drop of water, I swear my teeth went numb. So what they say about adding water to whisky is definitely wrong. I am positive that adding water only sharpens the Highland dram. 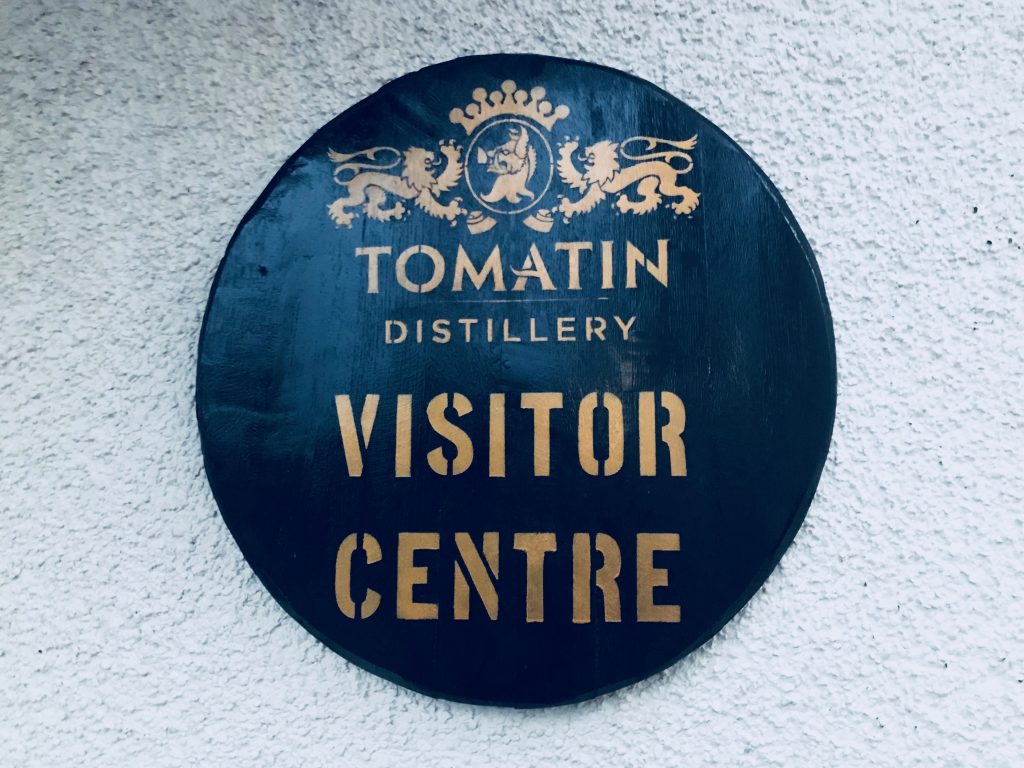 Although I have visited quite a few distilleries, the Tomatin Distillery Tour was definitely one of my favourites. The tour was lengthy, detailed, humorous and very interesting. Should you be staying in Inverness, I would highly recommend stopping by for a dram, at the very least.

For more info head over to Tomatin.com. If you fancy a bottle, you can grab it here.

For further information on our beautiful country and it’s amazing tourism, check out the Visit Scotland website.