Steve Steinman’s tongue-in-cheek stage show, Vampires Rock, will return to Aberdeen’s new and improved Music Hall on Thursday 21st February. And this time, there’s a new-yet-familiar face joining the blood-spitting, leather-clad cast. Sam Bailey, winner of 2013’s The X Factor will step into the role of Vampire Queen. Bailey is renowned for her powerful, raspy tones and combined with Steve Steinman’s Meatloaf-like vocals, we smell a match made in heaven (or hell, mwuhahaha). 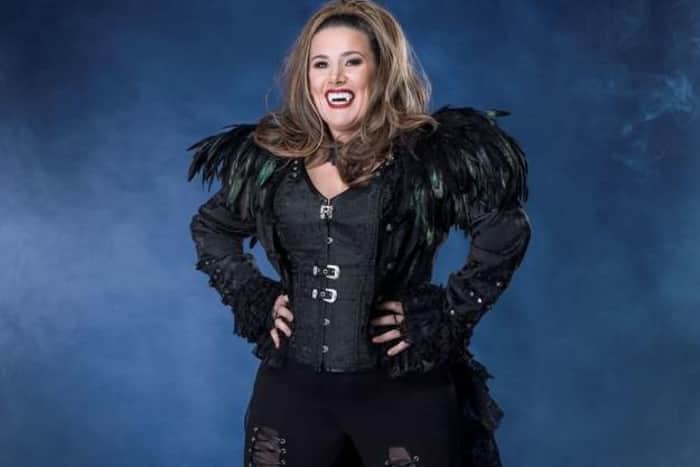 Steve Steinman got the idea for this whacky, over-the-top and hilarious show after he appeared as Meatloaf in Stars in their Eyes. Massive blast from the past.

Pain in the Neck

We’ve been to see Vampires Rock a few times now, although admittedly not in Aberdeen. So this venue is a first for us in more ways than one. The music hall has recently welcomed £9 million worth of investment as part of a £1 billion investment into the city’s infrastructure. With such a prominent location on Aberdeen’s Union Street, we foresee exciting things for the venue. It’s certainly attracting some “batty” characters. SorryNotSorry.

Vampires Rock has played to over 1 million people and has a very strong following amongst classic rock fans, with some super fans even following the cast on their tours.

Bat out of hell

The plot usually follows the story of some poor innocent lass who gets in with the wrong (or right, depending how you look at it) crowd. They transform her into a vampire, suck her blood and dress her up in lace and leather, all to the tune of classic rock legends such as Meatloaf, Billy Idol and Guns N Roses. But it isn’t all dark-come-cheesy-rock, there is definitely a comical theme throughout the show, with guaranteed belly laughs.

Vampires Rock is loaded with sex, blood and rock’n’roll and is certainly not for the faint hearted. But it’s guaranteed to get you up on your feet, laughing out loud and swinging your hips. Book your tickets here.